A Silo in the Universe – Emerson Kaleidoscope

After our time in Hartford, we headed East towards Albany to kill a little bit of time until Thanksgiving.  En route, however, was one site that had been on my list for over a year.  It was one of those places that as soon as I heard about I knew I had to visit.  It was the world’s largest kaleidoscope.

Housed inside a former grain silo, this 56 foot tall tower houses a digital projector displaying images of a 50′ visual radius.  As the projector is installed in the ceiling of the silo, you can either lay on your back or lean against specially made boards and look up (mirrors are also provided).  There was no one else there when we entered, so we laid down on the floor and stared up in amazement. 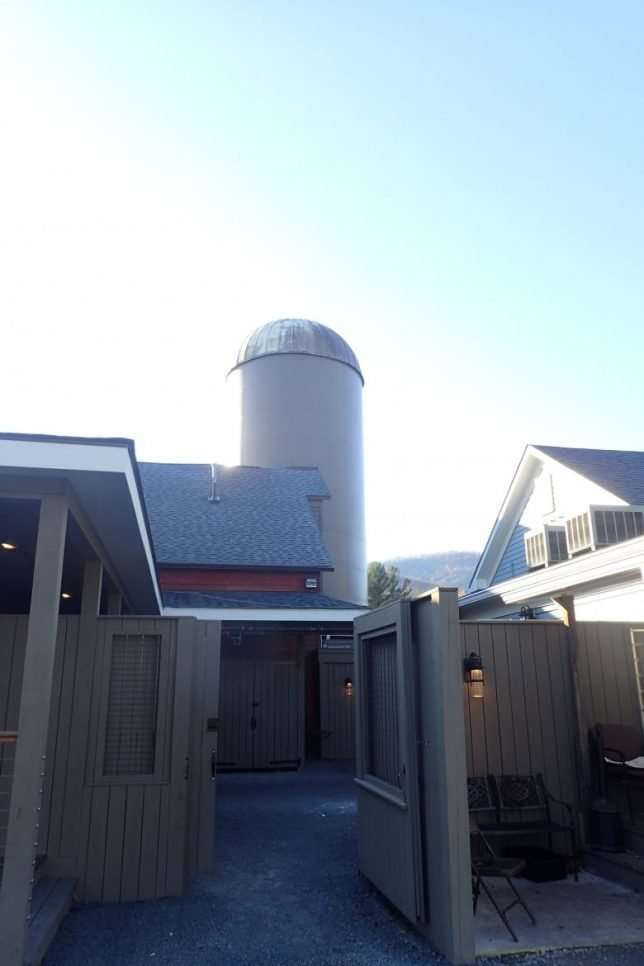 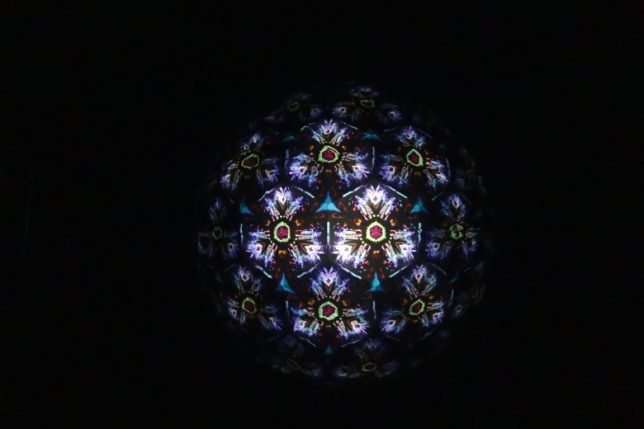 I put him on my chest and told him what was about to happen, but he was having none of it, so we took turns while the show went on.  Our theme was the creation and expansion of the universe, very well placed for somewhere as close to Woodstock as we were.  It was just awesome and I took some videos, but with the dark room the scale of the performance it completely lost.  Guess you just have to go there.

The silo and Catskills have attracted tourists for years, so the rest of the building houses shops and cafes.  The gift store here was superb, as pretty much everything was understandably kaleidoscope related.  But they did have one of the coolest kaleidoscopes I have ever seen in my life.

On our way back, we passed by an art studio that demanded our presence.  The artist has obviously spent years transforming old cars and other pieces of machines into robots, spaceships, and other oddities.  We had to stop.  Any rational person would do so if they drove by a yard filled with robots and spaceships. 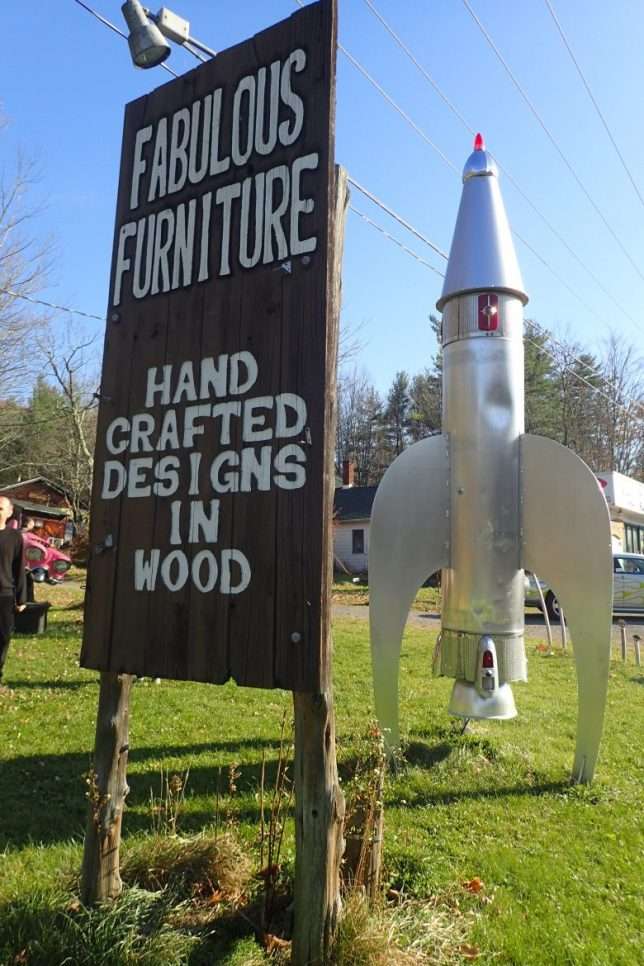 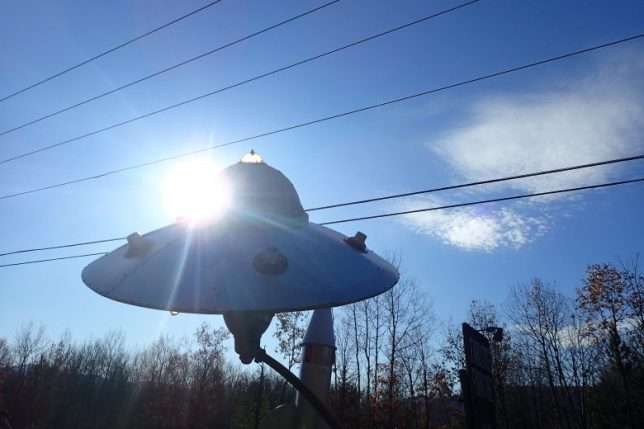 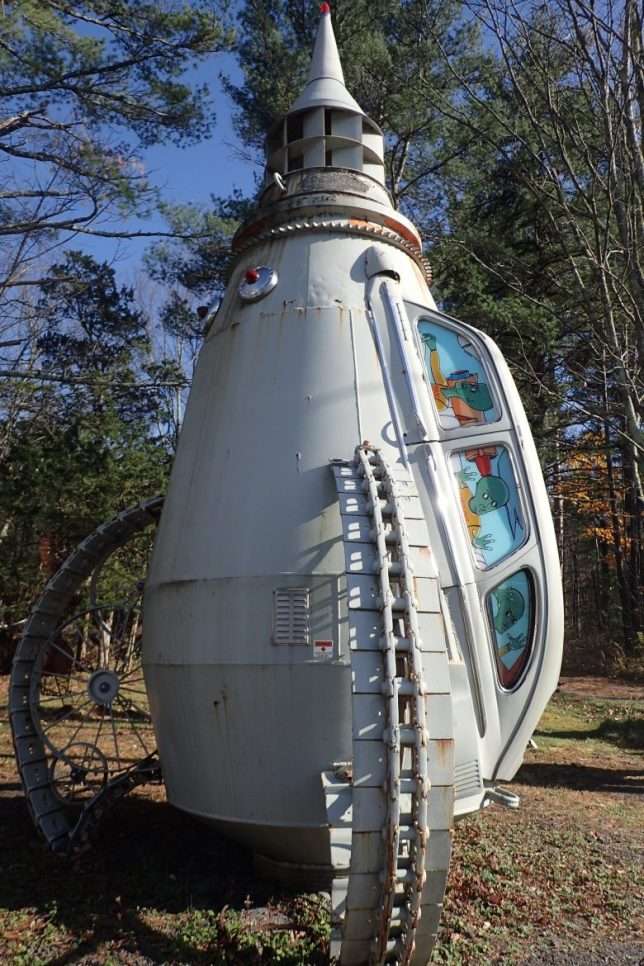 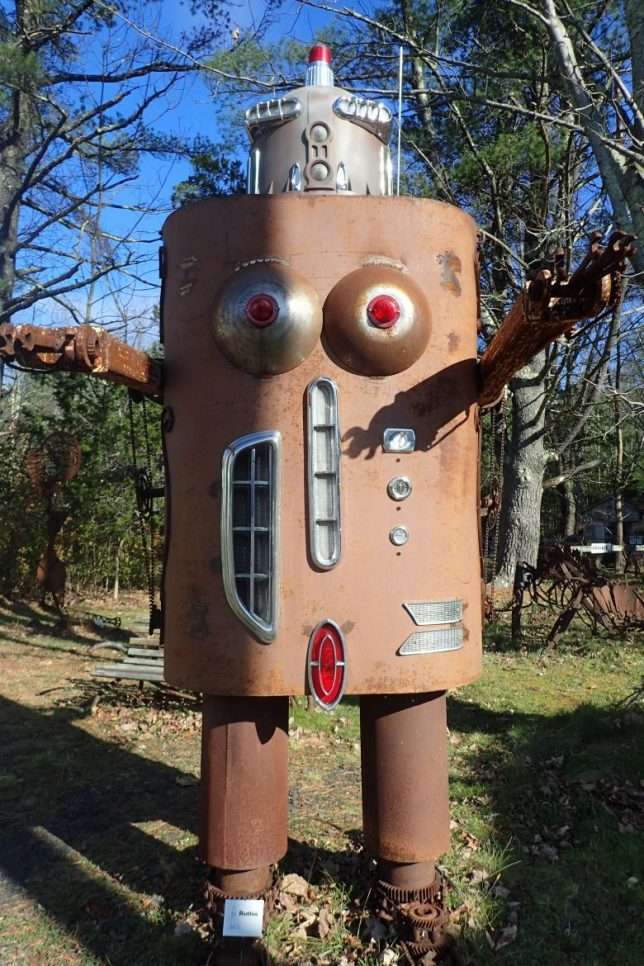