From the Gaelic Name for Scotland – Albany

After the world’s largest kaleidoscope and a lawn full of robots, we needed some days in Albany to process.  Thankfully, Albany offers a nice array of business, arts, and some nicely walkable tiny neighborhood.  We also spent an afternoon visiting one of my favorite breweries, Ommegang, otherwise known as a little slice of Belgium in New York State.

As nice as Albany is, there really isn’t too much to talk about regarding this town vis-a-vis tourism; there’s even less in regards to tourism with a toddler.  We started our exploration at the Central Library, which is generally solid choice for kid entertainment and a launching point for exploring downtown.  That is not true in Albany.

The library is a little run-down and seriously in need of a little TLC.  I don’t want to harp on too much about it, but let’s just say that it is not Albany’s most attractive spot.

We walked toward the capital buildings and downtown proper, which is certainly the better choice.  The building that houses the Board of Education alone was worth some solid gawking.  We continued on towards one of Albany’s coolest landmarks: The Egg. 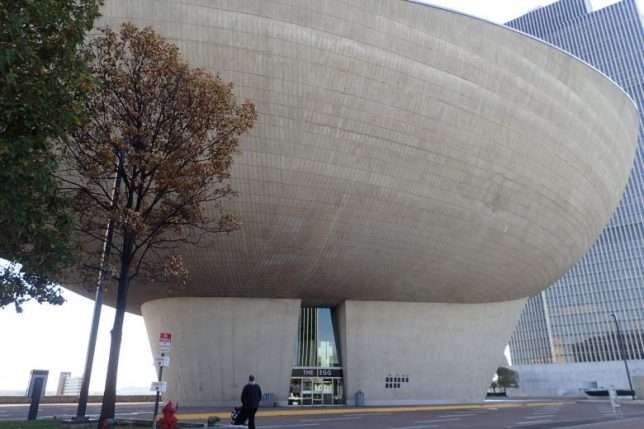 I’m not going to play cooler than I am with this one: I have no idea what this is or why it was built.  I still don’t understand why it’s called an egg (sure, it’s not un-egglike, but egg was not the first thing I think of when I looked at it) and I’m not sure how proud people are of it.  I saw people walk out of it with sandwiches.  That’s about it.

Personally, it was one of those things that you walk up to, say “Yep, that’s The Albany Egg” to, and then go somewhere else.

The somewhere else we went was the New York State Museum.  It’s completely awesome. 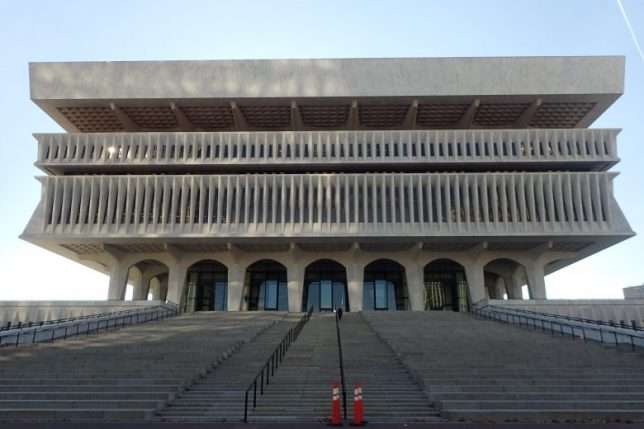 Aside from looking like something out of a communist alien’s wet dream, the New York State Museum houses some fine displays on the history, ecology, and economy of the area.  Displays are succinct but thorough and I really enjoyed walking around, taking in info on prehistoric Albany to WWII history to post- 9/11 reactions.  This is a great place to wander and lose yourself among the displays.

We were lucky enough to visit while the special exhibit covered the history of feminism.  Suffice to say, I learned loads. 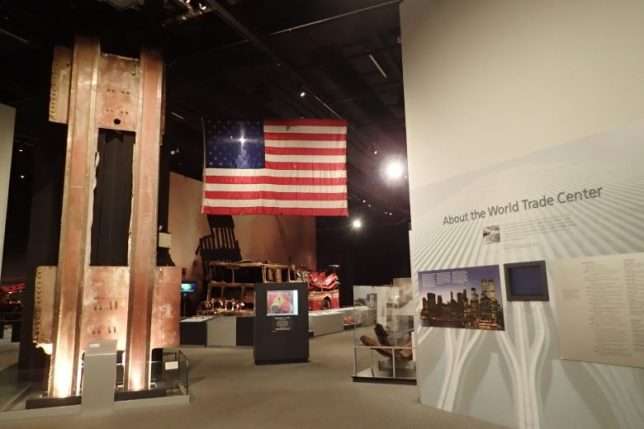 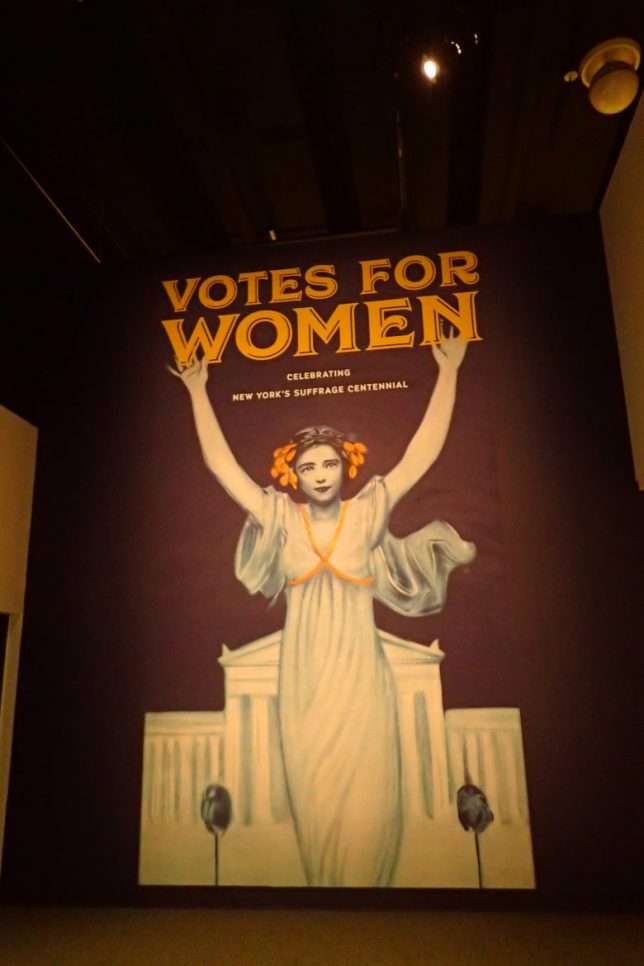 On our way home, we wandered through the neighborhoods Northeast of downtown.  The personality of each building and store – especially down Lark Street – was such a joy to take in. 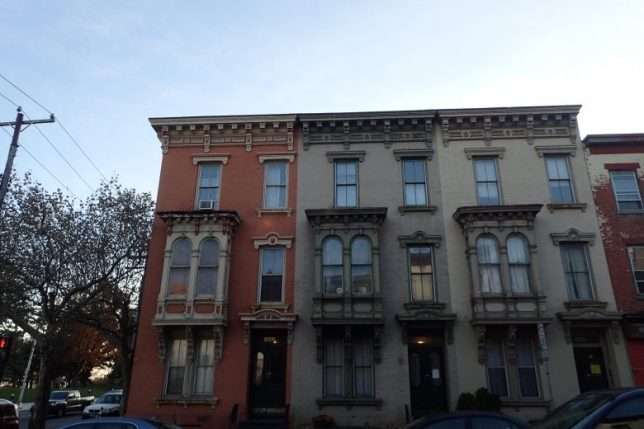 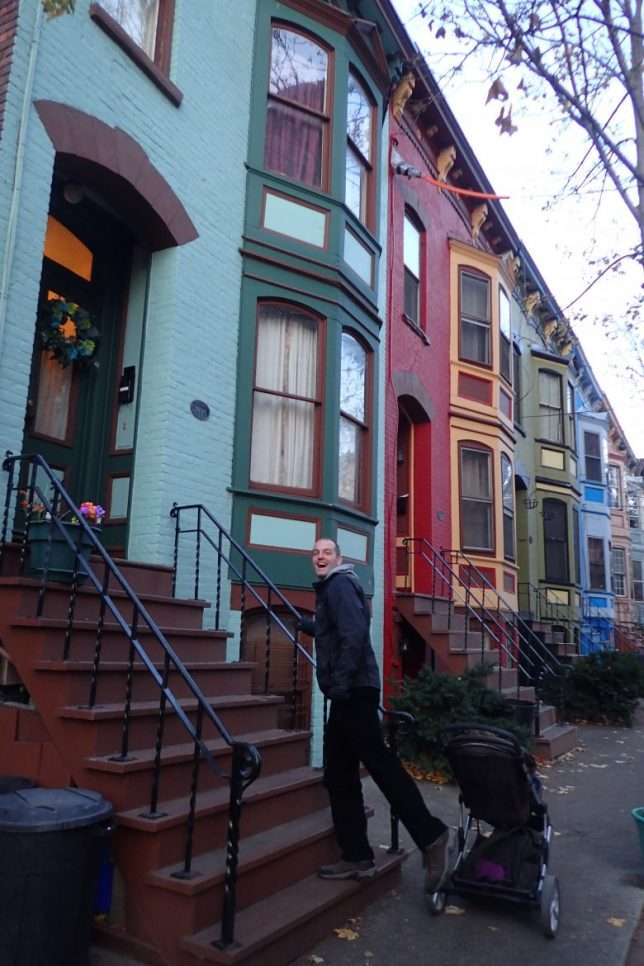 Of course, what most excited me about visiting Albany was the ability to visit Brewery Ommegang.  You’ve seen their beers (they’re the Game of Thrones beer series people) and if you haven’t had anything of theirs, go pick up some Three Philosophers STAT.  But it’s not just solid beers out there, it’s also that the brewery looks like my mental picture of some Belgian country production.  The facility is in the middle of nowhere, New York and the campus is styled like an old-European monastery, for lack of a better word.  It’s just all class, including the welcome sign. 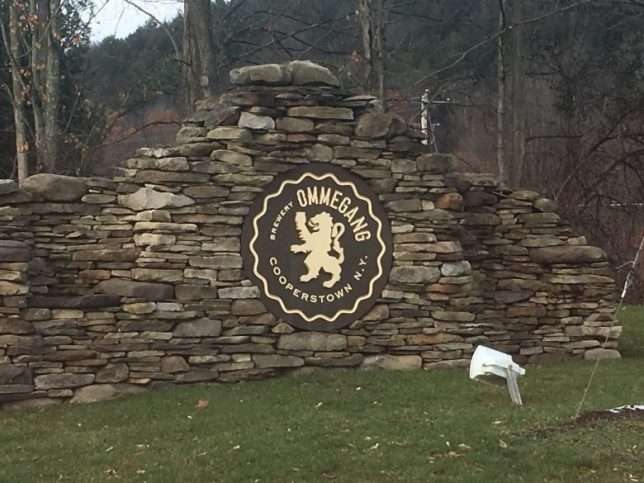 We of course had to take the dork picture. 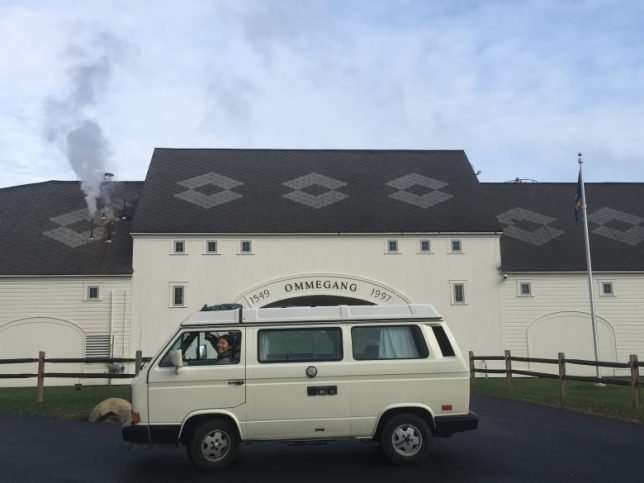 and the other dork picture 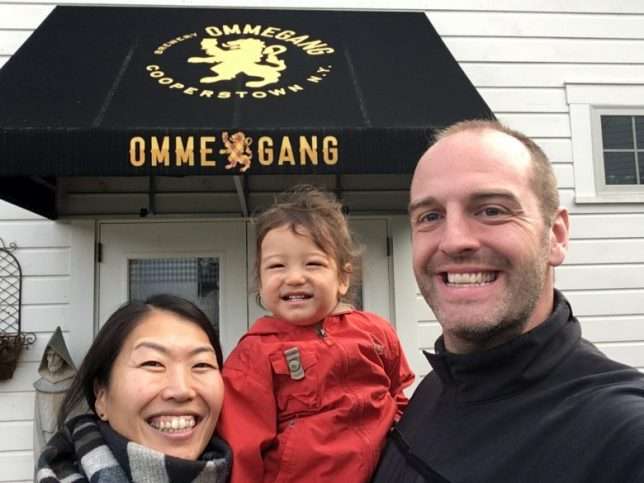 and one more just for good measure. 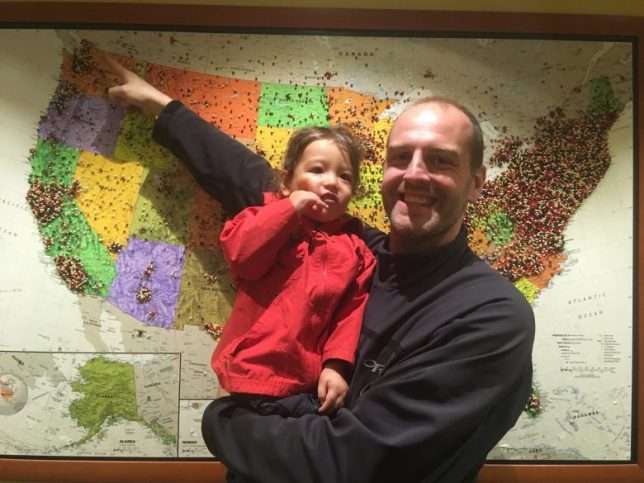 While their no-one-under-21 rule prevented us from taking the tour, the tasting room and grounds were such a blast that it didn’t matter.  The tasting room is very relaxing, with stylish wood and just phenomenal beer.  I was in heaven.

We saddled up for a couple taster trays, thoroughly enjoyed them, played on the grounds for a while, then took the drive home.  It was completely worth it.  Were it summer we might have even asked to camp in the parking lot, but it turns out that they have cabins for rent.  Who knew? 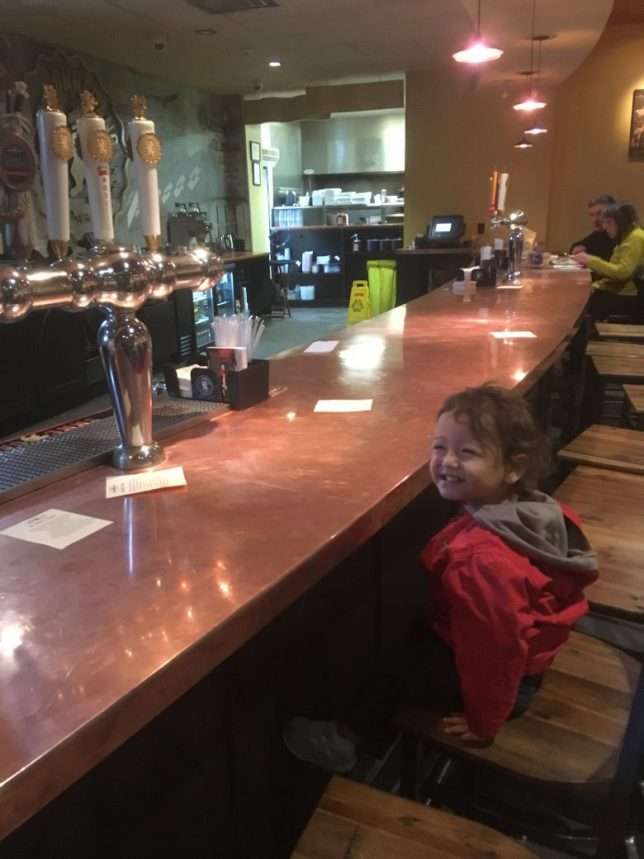 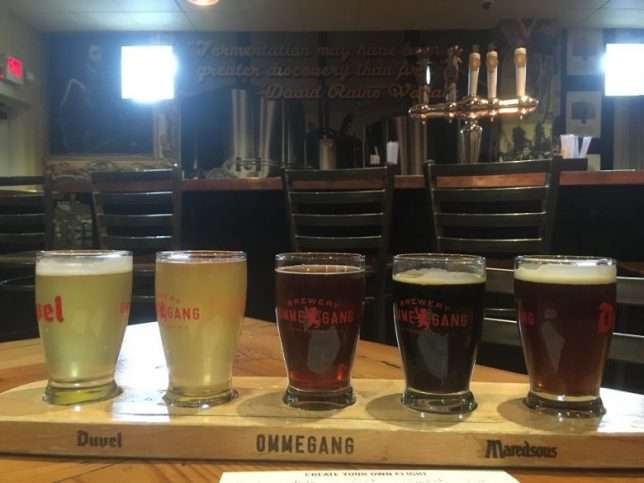 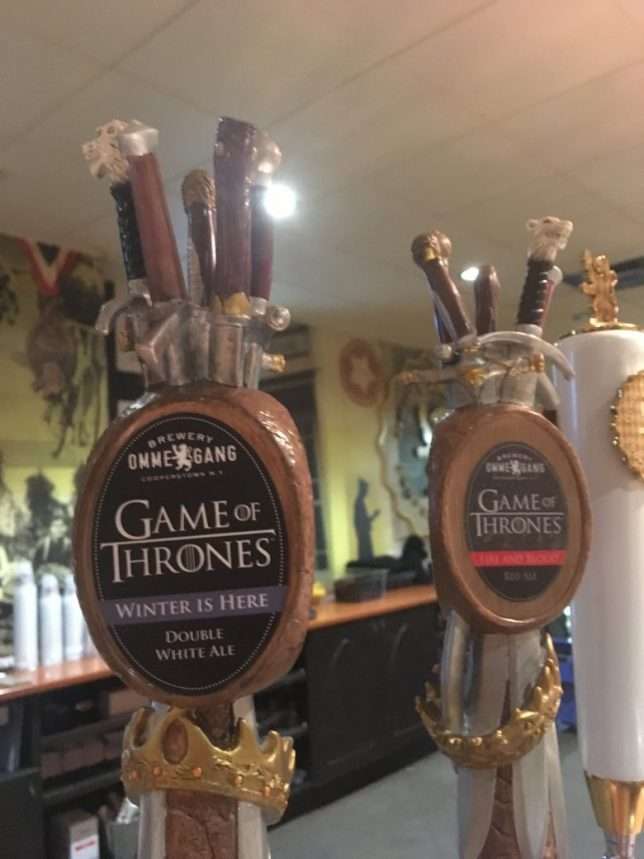 By the bye, I asked about the Game of Thrones connection, as I just assumed that a big-wig was a huge GOT fans.  It turns out that HBO was shopping around for a brewery to make GOT-themed beers and Ommegang took them up on their offer.  HBO made a good choice.