Once you escape death, it’s a good idea to get as far away as possible, so that’s what we did.  We had arranged a short-term pet sitting gig in Austin, so we took three days to relax, see the city, and have some fun in what is arguably Texas’ coolest city.

By this point in our travels, cities just didn’t have too much appeal.  They were nice places to relax and stock up on stuff, but we weren’t going to visit a lot of museums nor were we going to spend a lot of time in restaurants.  Once those are off your list, there’s surprisingly little to do in cities that don’t hold unique sites.  I’m sure that some people would disagree, but that’s how we were feeling then.

Even so, as we were in Austin we wanted to see it, so we spent an afternoon walking around, checking out the city, and eating some mighty fine barbecue. 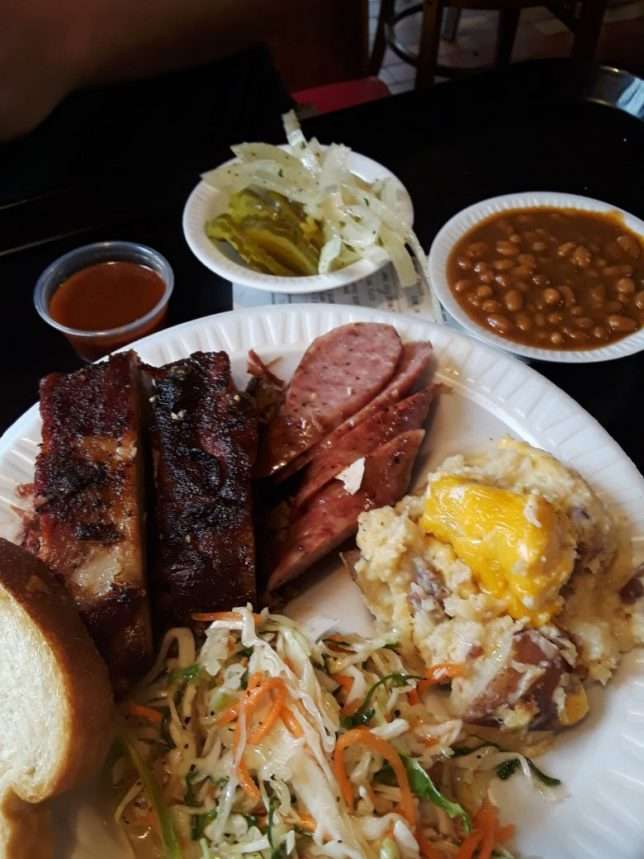 It was a nice day of walking around and I certainly would have loved to see some music if we had a night, but I can’t say that much of anything in the day stood out.  It’s a good town, don’t get me wrong, but not our thing at the time.

We had to see the bats, though.  They’re arguably one of the neatest things about Austin to me and I’m glad to see the city embrace it so much that people can tie bicycles to their images. 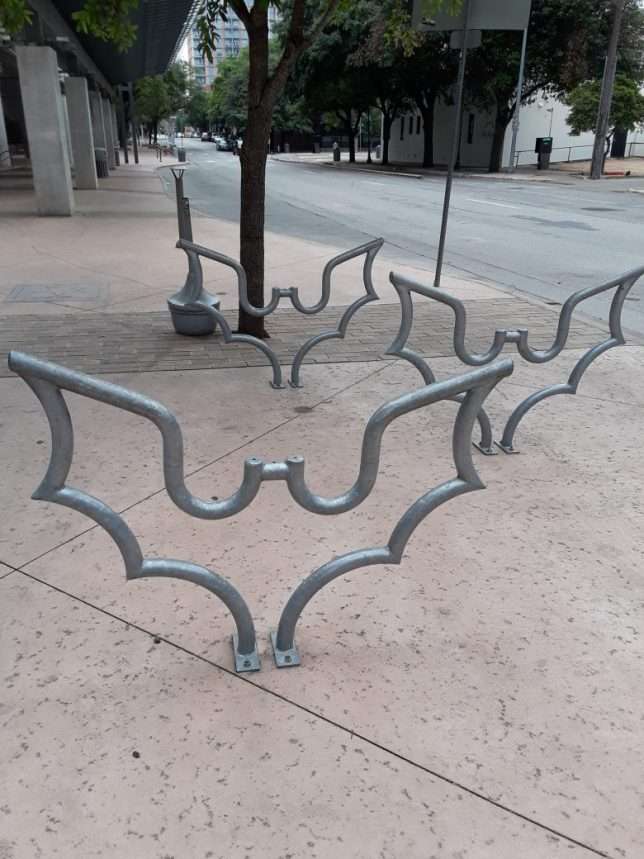 You know you’re city is proud of you once you have a bike rack made in your image.  It’s just a fact.

We waited around for night fall with everyone else, enjoying the night air and waiting for the rats of the sky to flock out and eat all those bugs.  This is a must if you’re ever in Austin, as spending 15 minutes watching a bridge produce so many bats that you assume it must be hollow is a really neat experience.  If We watched from the grass below, but if we ever return we might get there even earlier and watch from the bridge. 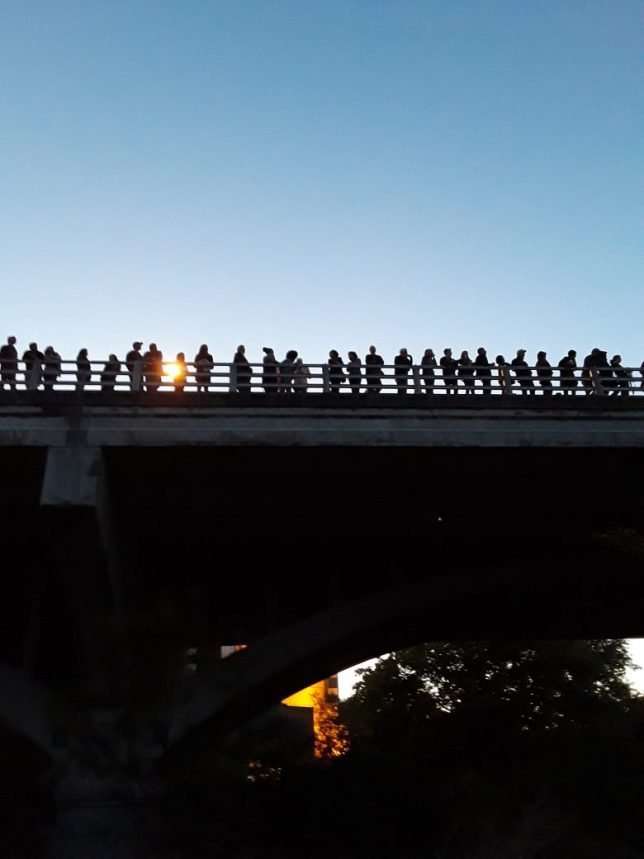