After the immersive and engaging Mersa Verde, it was time for us to revisit New Mexico, as we still had Santa Fe and Taos marked on the map.  Our path South brought us to a small ruins I had never heard of, but proved to be an exceptional stop.

Another ancient home of the Pueblo people, these ruins we quite extensive with exceptional information, good tours, and even a rebuilt kiva to bring the reality of ancient Pueblo life to visitors.  The rangers and the small museum that greets people at the entrance both provide excellent information and turn an unassuming front into an immersive experience.

As this was the cultural center after Chaco canyon, the ruins provide a wealth of information for both visitors and archaeologists.

There is a general walking path through the ruins that a guidebook follows, pointing out interesting aspects of construction or life with numerical markers.  The path actually takes you through some doors and slightly into the ruins, which was really cool. 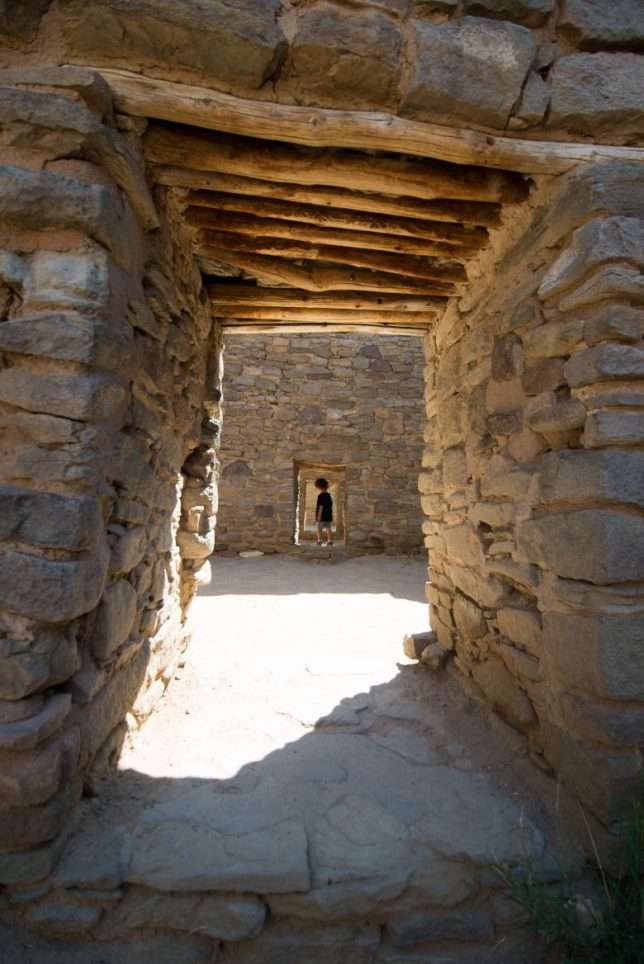 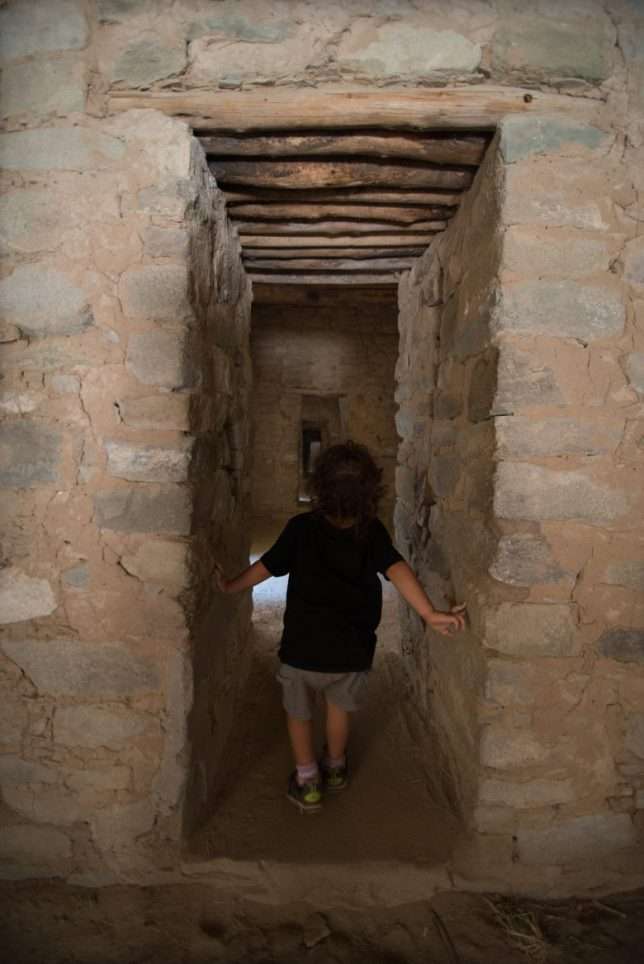 There are several unique features, including a three-ringed ceremonial site a little removed from the main site.  It’s one of three that they have found among all Pueblo ruins, which I learned to appreciate the more we traveled and saw how common the two-ringed version is. 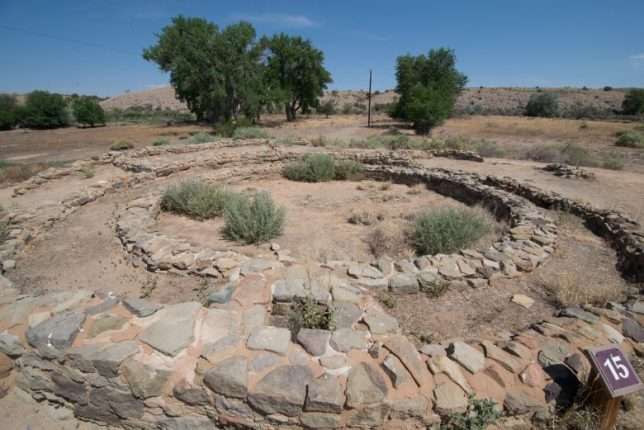 Naturally, as the kiva is the center of Pueblo life and this was the cultural center of its day, the place was strewn with kivas, large and small.  This was typical of a good house. 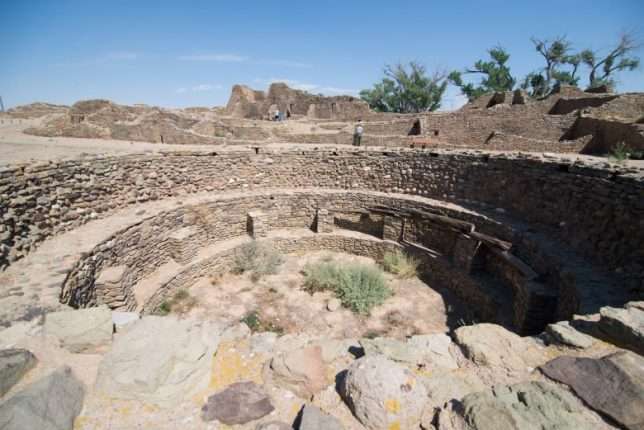 The main attraction by, however, is easily the Great Kiva.  The largest of reconstructed kiva anywhere, this massive kiva recreated what a major city’s main kiva might be like, how it functioned in society, and what it might have looked like.  We arrived just as a ranger tour was starting, so were able to listen to the ranger discuss Pueblo life, the importance of the kiva, and ask lots of questions.

The reconstruction was of the highest quality, the talk was exceptional, and the whole thing was just wonderful. 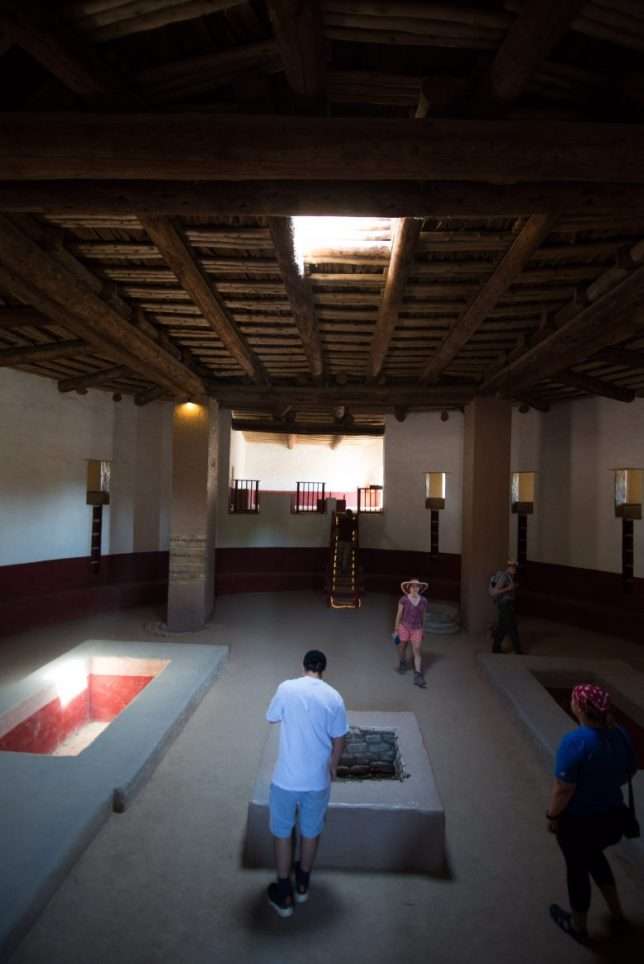 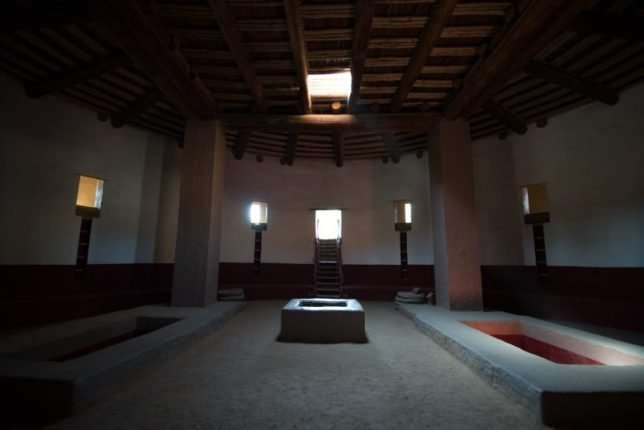