After taking in arguably the ancient world’s most important central hub, our journey took us East, into the Valles Caldera on our way to Santa Fe.  We planned our route through the city of Jemez Springs to have us pass by a wonderful looking hot springs, only to find all the picnic spots and everything else roped off.

More driving showed us the signs saying that threats of wildfires had caused the Forest Service to close all campsites and recreations spots.  We planned on camping, though, so stopped by the local ranger base to find out that the only place in the entire region with camping was Bandelier.  We checked in Jemez Springs to see what their hot springs cost (hint: the US charges far too much for hot springs) and went to their awesome library instead before going on our way.

As fire decided our campsite for us, we drove East through the Caldera and its intriguing, inviting valleys.  Luckily Bandelier had space for us and the campsite is within walking distance of the site, so we set up for two days of ruin walking and relaxing.  A bus also runs between the ruins, the campsite, and the nearest town, White Rock, so we mainly just took the bus.

Bandelier is awesome.  There are two main walks along the river, one focused on flora and one focused on ruins.  We chose the dwellings, which consisted of small, two- or three-storey houses built next to the cliffside.  As such, the houses ran for a long portion of the hiking trail, save for the central ruins, which were built with the same layout as other Pueblo centers. 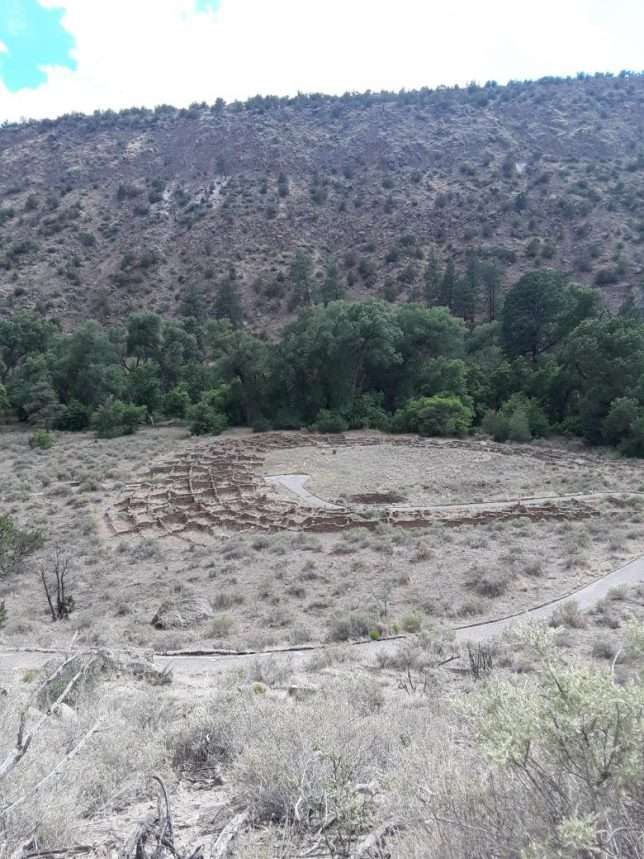 The majority of the hike, however, follows the old residences, including some ladders to let you crawl inside what can only be described a squats.  There is one more place further up the river, which is assumed to have been created for ceremonial purposes due to its remote location and high placement in the wall (4 very tall ladders to get there.)

Walking the ruins is very neat, with good pictographs and very interesting geology.  It practically felt like walking through a fantasy novel. 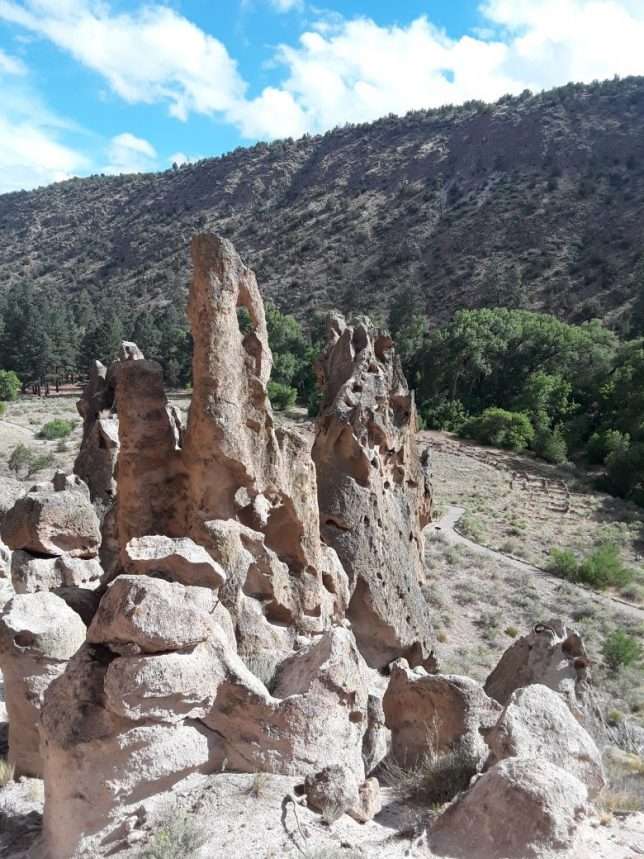 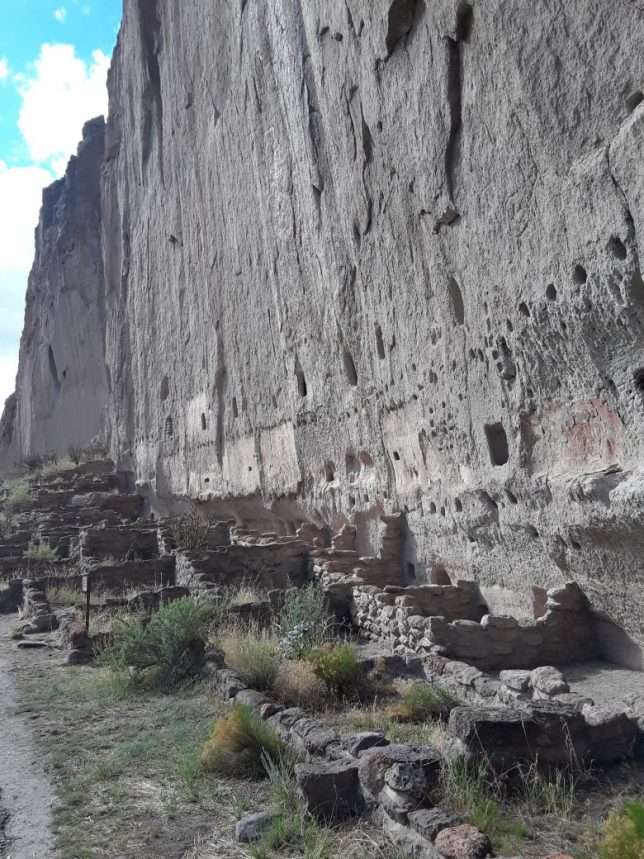 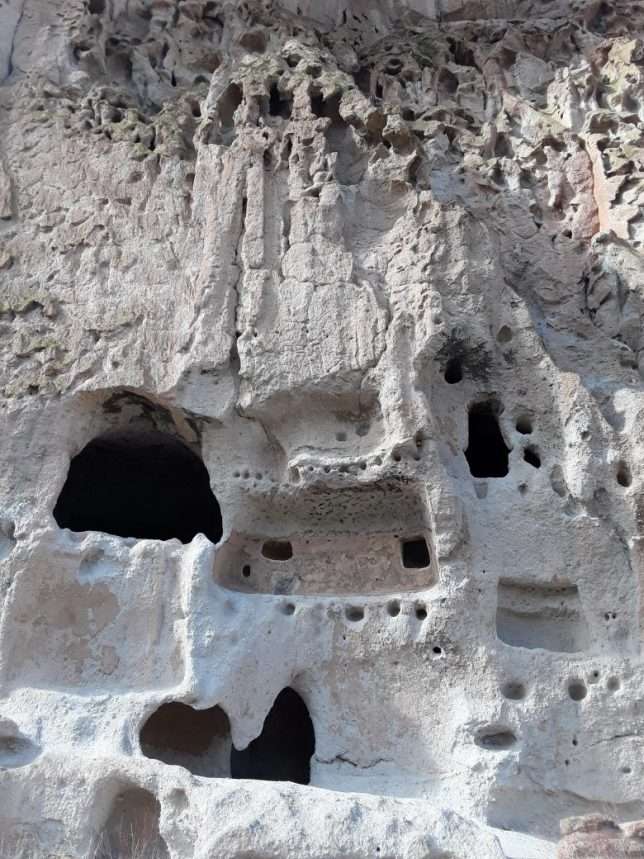 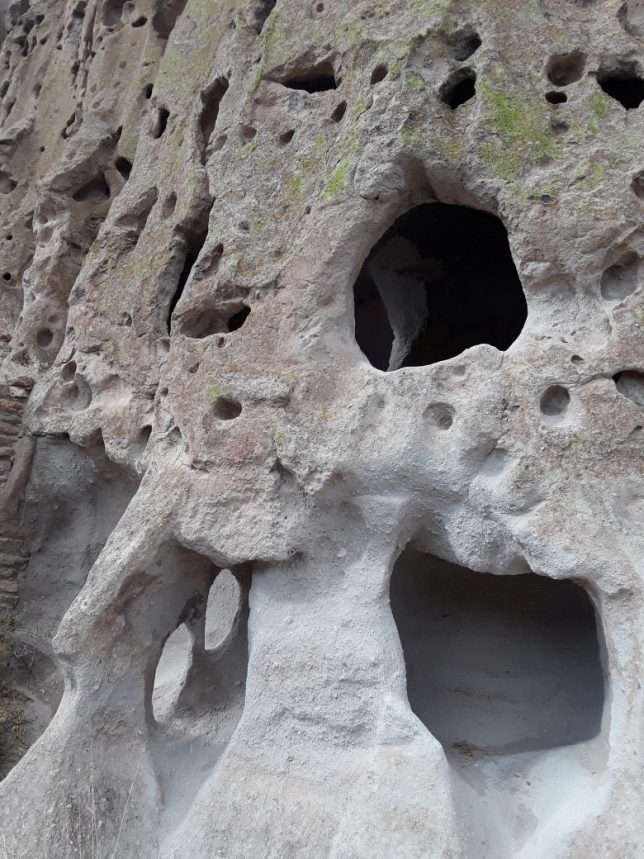 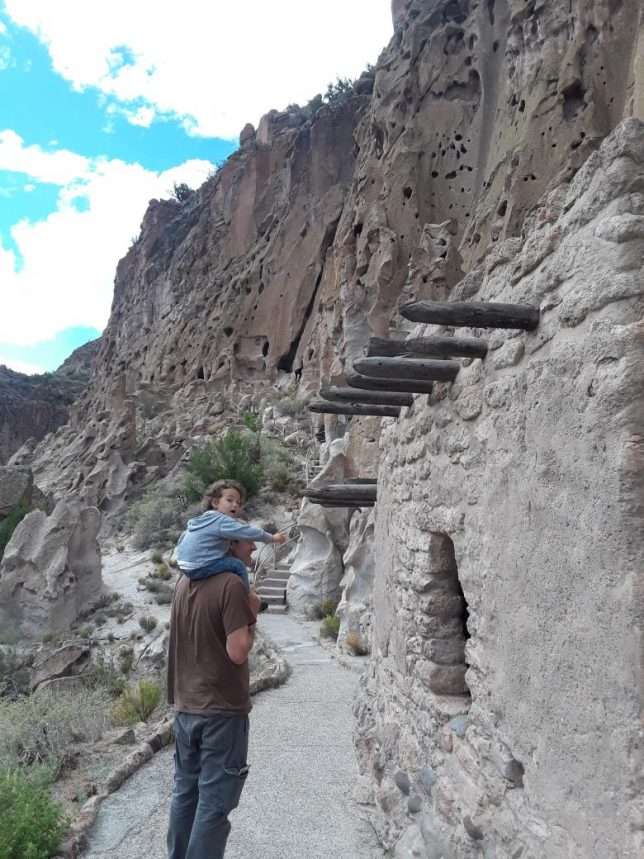 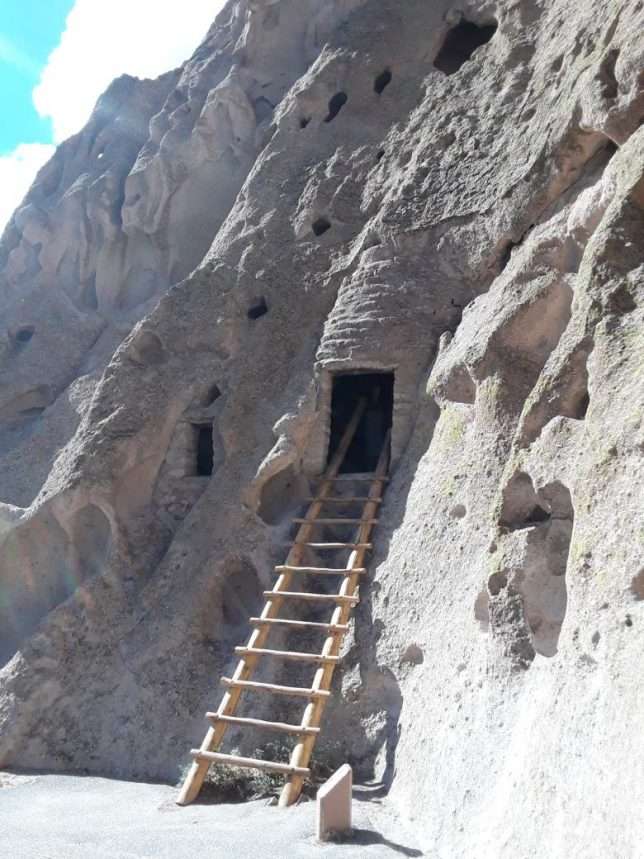 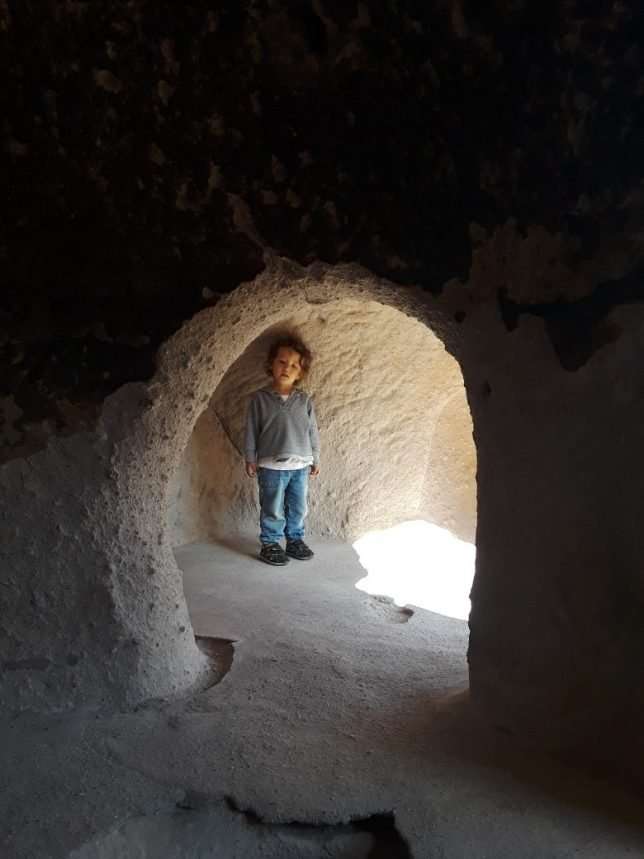 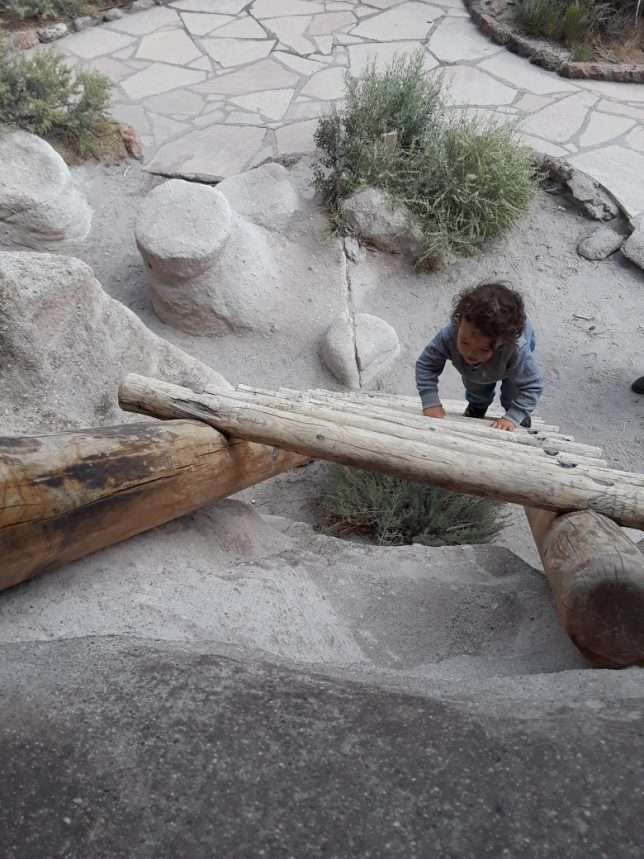 I know that I say this about almost every place I write about, but Bandelier is so very worth the visit.