Birthplace of the US National Guard – Salem

We were staying in Boston during October 31st.  Salem, MA was 23 miles away.  Where else were we going to go for Halloween? 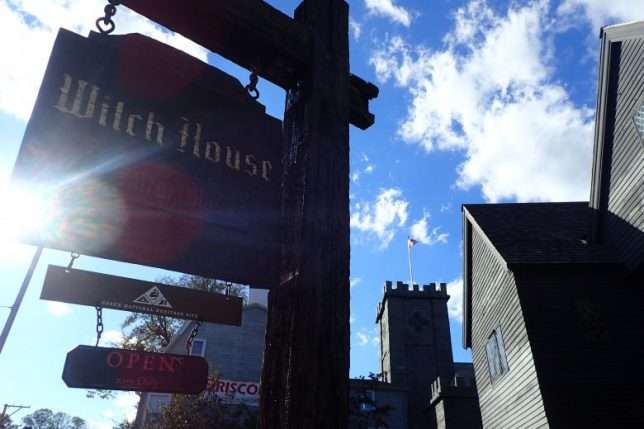 When a witch trial is your city’s most famous event, your city has no other option but to go all out on Halloween.  My sister lives in Sleepy Hollow, so that town has always come to mind for massive Halloween celebrations, but Salem does this holiday properly.  As Halloween is probably my favorite US holiday, this was going to be good.

The weekend before Halloween, thousands of people to march the streets in the best kind of way; dressed as horrible creatures.  But while the highest numbers might come on the weekend, the 31st brings a good crowd of people ready to celebrate to spooky, scary, and morose.

It also brings a couple of Bible-thumpers with bull horns.   I doubt they converted a single person. 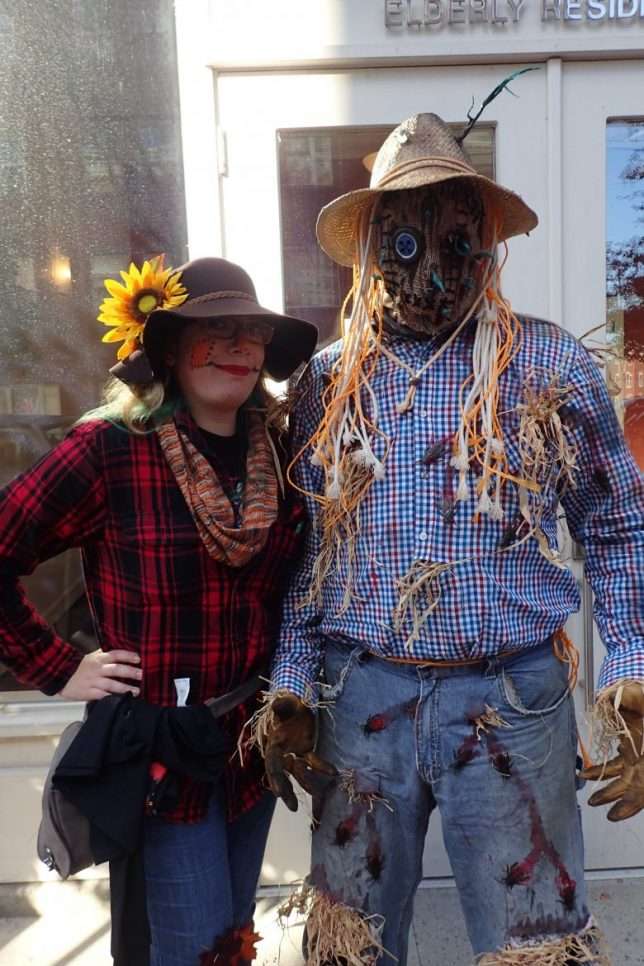 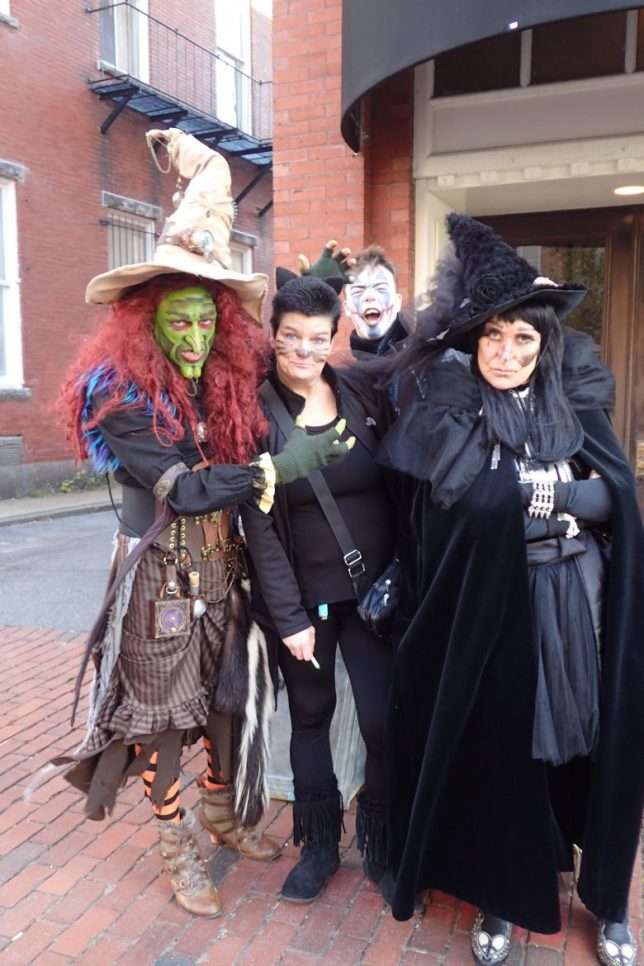 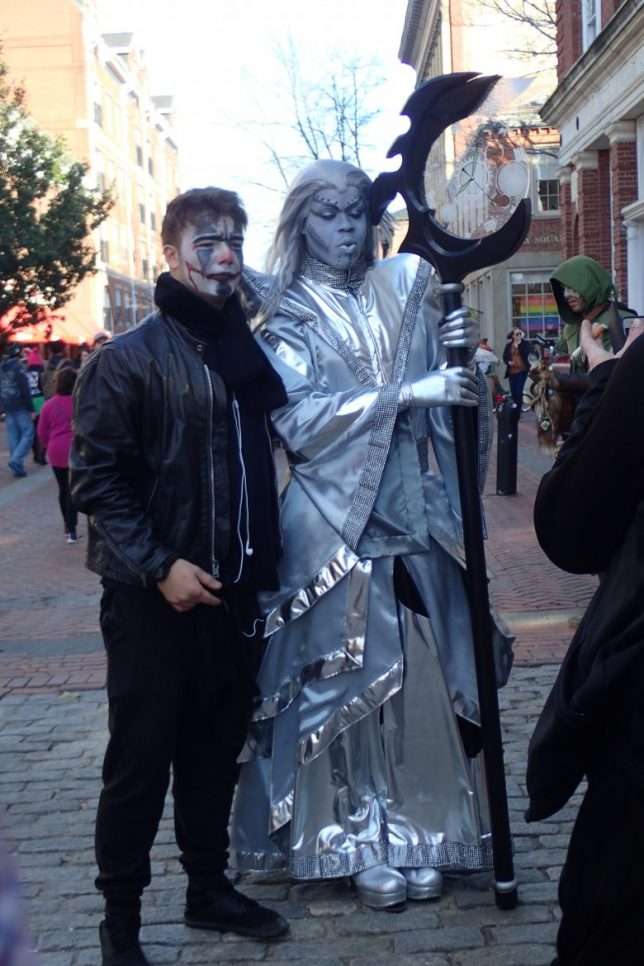 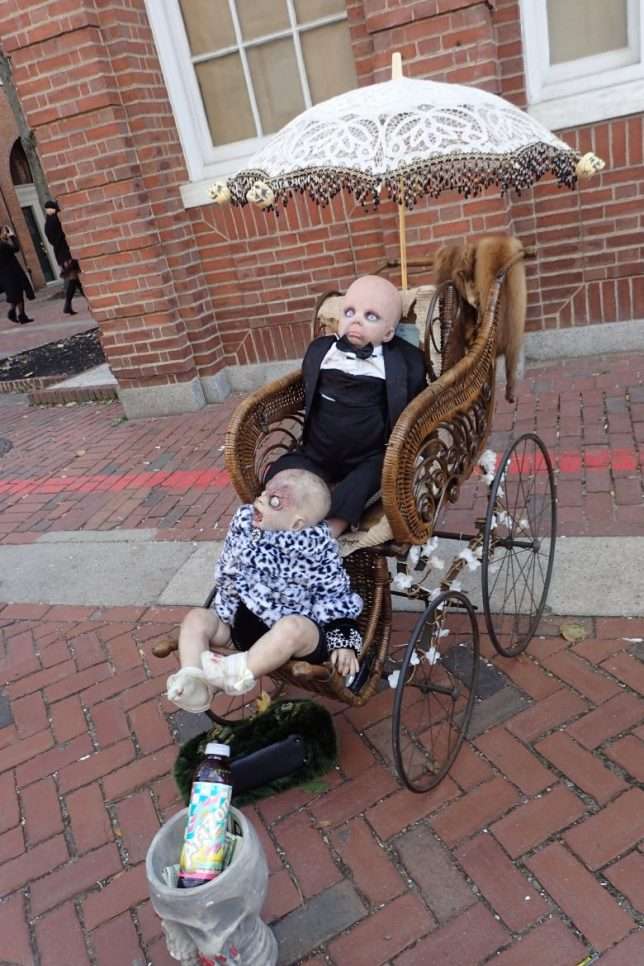 Costumes ranged from obvious DIY to full-fledged masterpieces.  We dressed up as best we could, but while our plan was for me to hide my arm and make Fin drag a fake arm around, he had no interest in dragging the arm.  I ended up carrying most of the time, which was fine as the costume still worked.  There was fake blood, at least, so we got that part right.

Another reason for me holding him all day was because this is how he feels about Halloween. 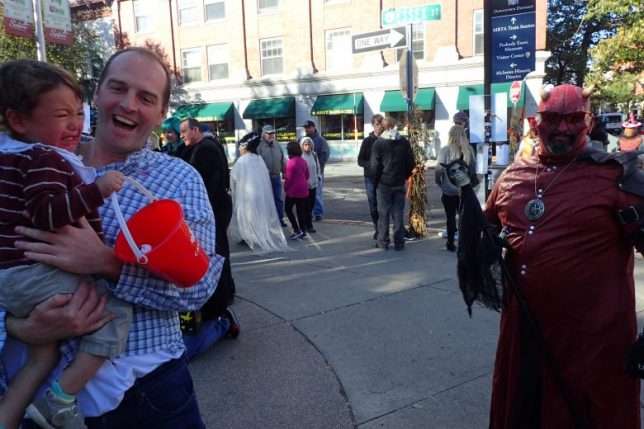 Oh, how he hates Halloween.  The above was the first person we tried to interact with and he pretty felt this way about everyone we saw.  We took him aside to let him calm down, but he never really got into the spirit.

we met a woman who said that she put on makeup while her kid (about Fin’s age) took a nap and when her son woke up and saw her face, he started laughing.  Fin would not have done that.  I have to admit that I was hoping Fin would get into it, but he doesn’t even like life-sized Elmos.  Someday I hope he’ll get into it, but now is not the time.

After a while he did calm down enough to walk around, but he never got to the “let’s high-five the zombie!” 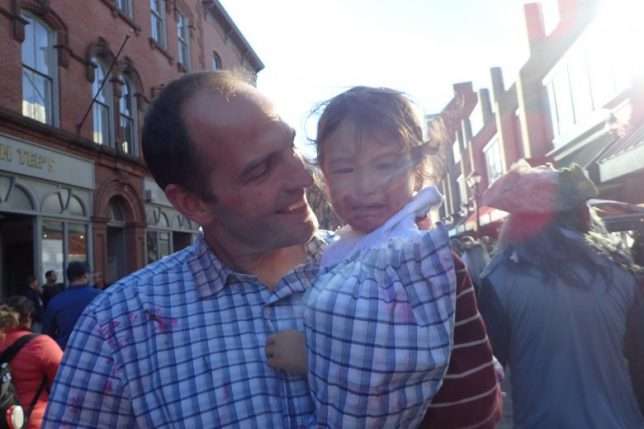 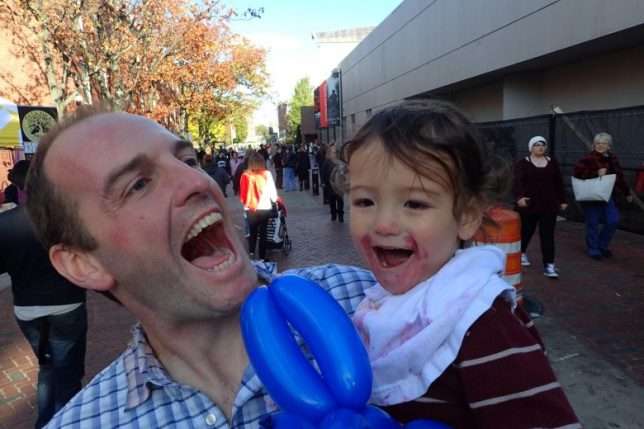 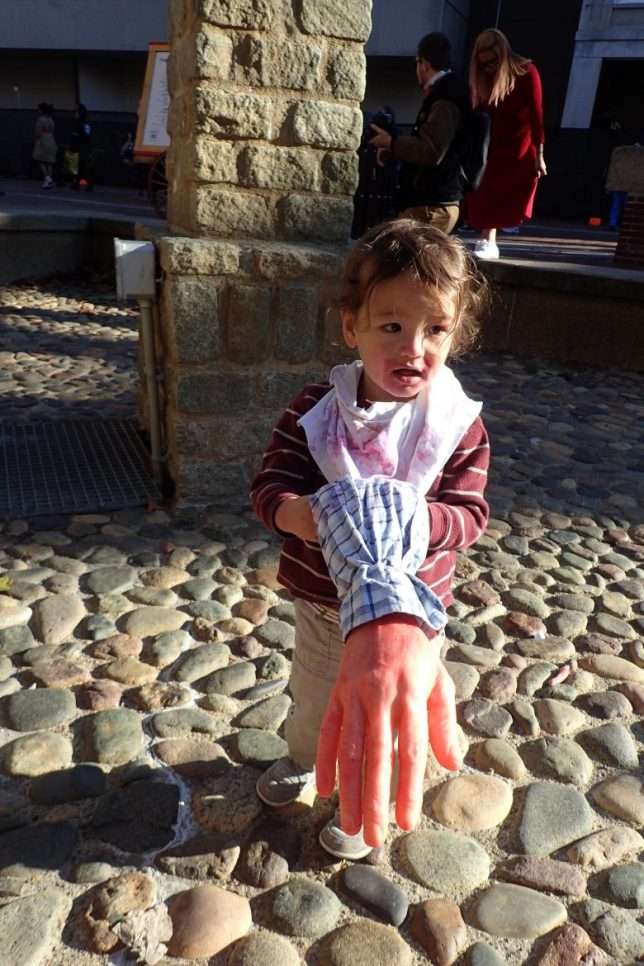 If he was going to get freaked out by costumes, though, at least he got freaked out by some extremely devilish stuff.  As mentioned above, Salem pulls out all the stops at Halloween and it is glorious. 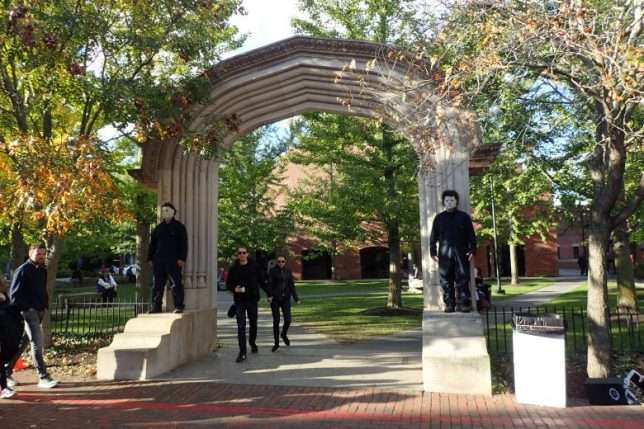 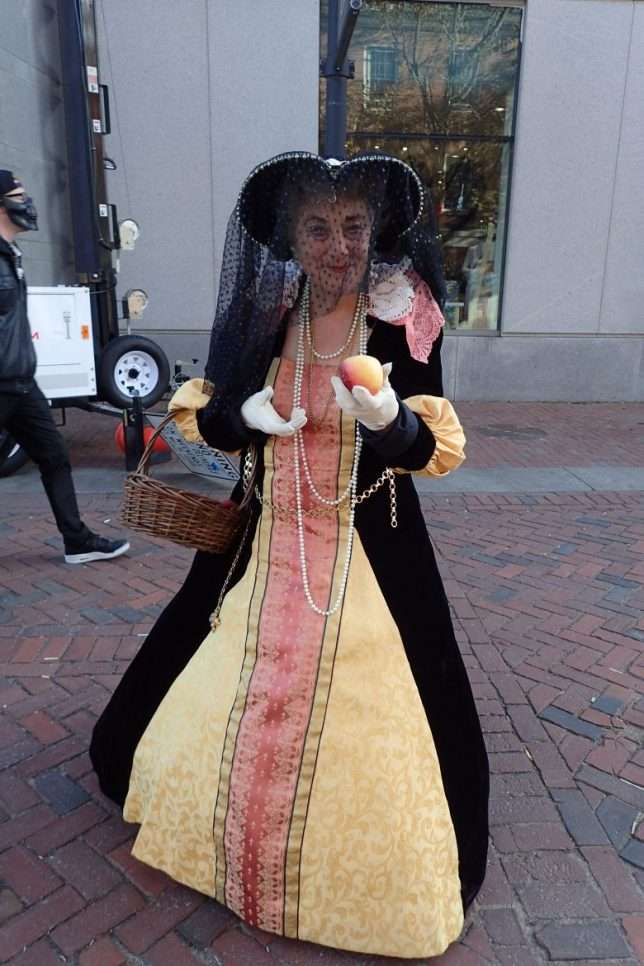 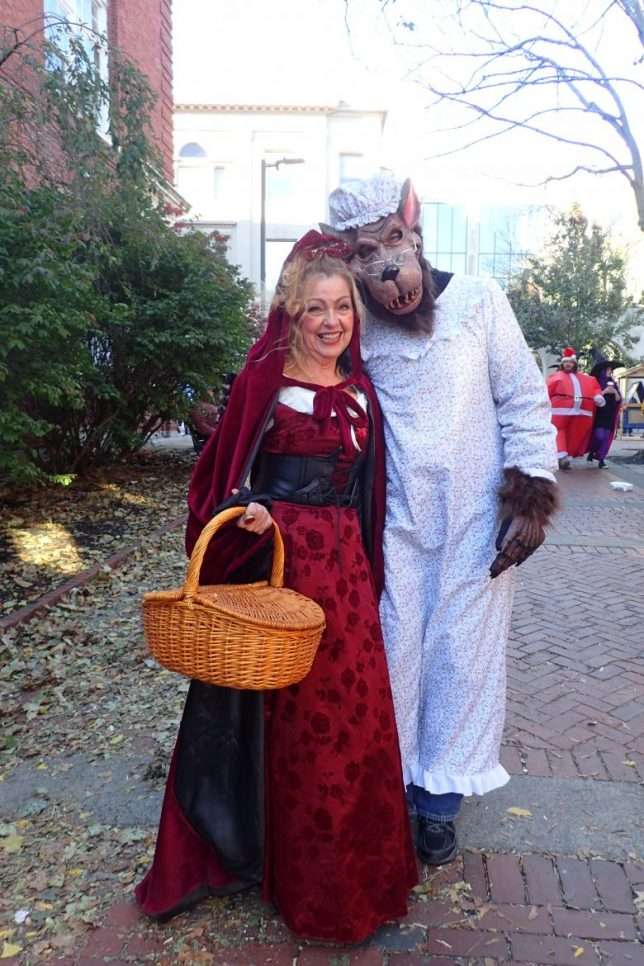 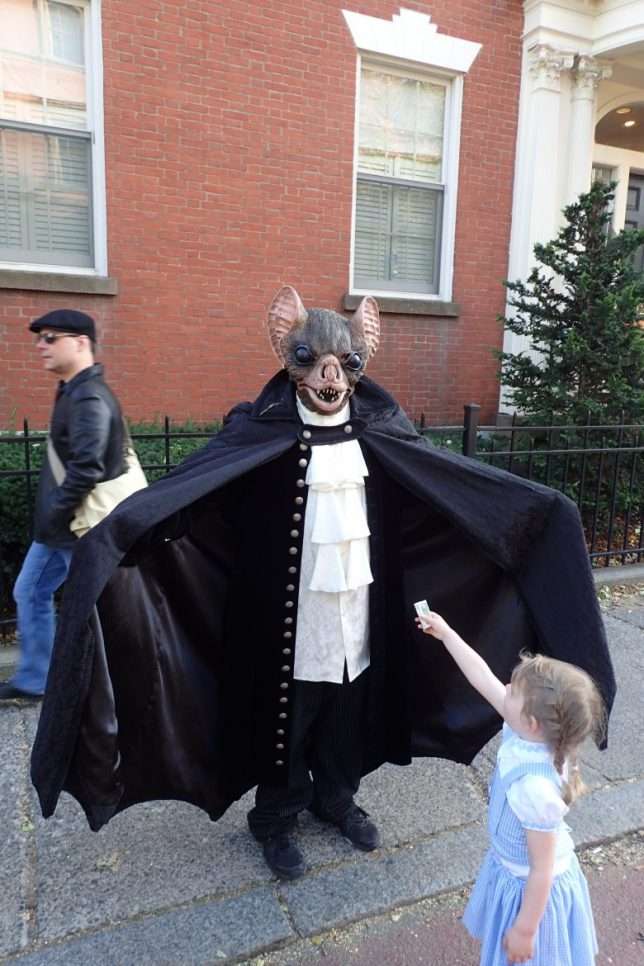 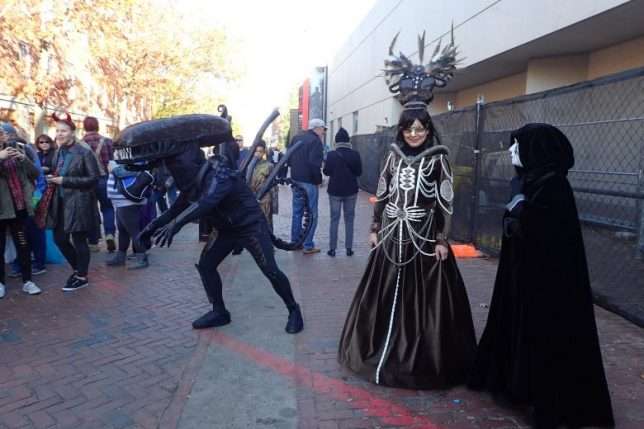 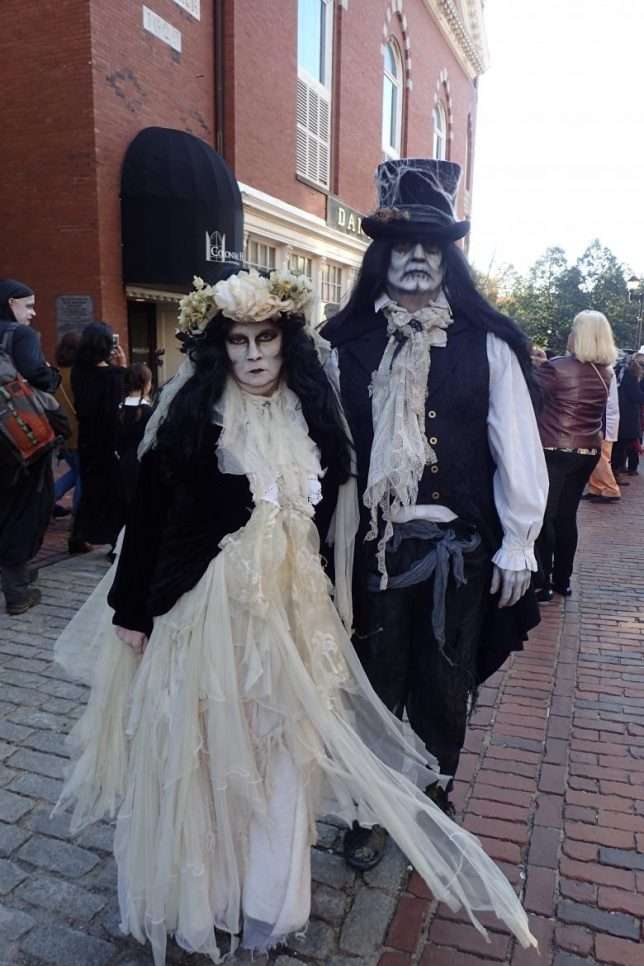 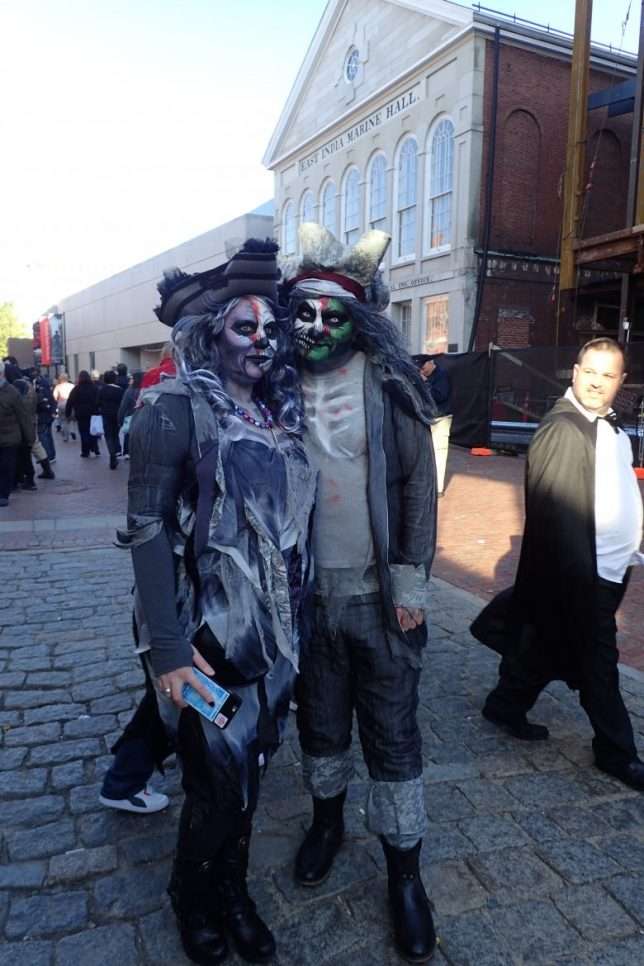 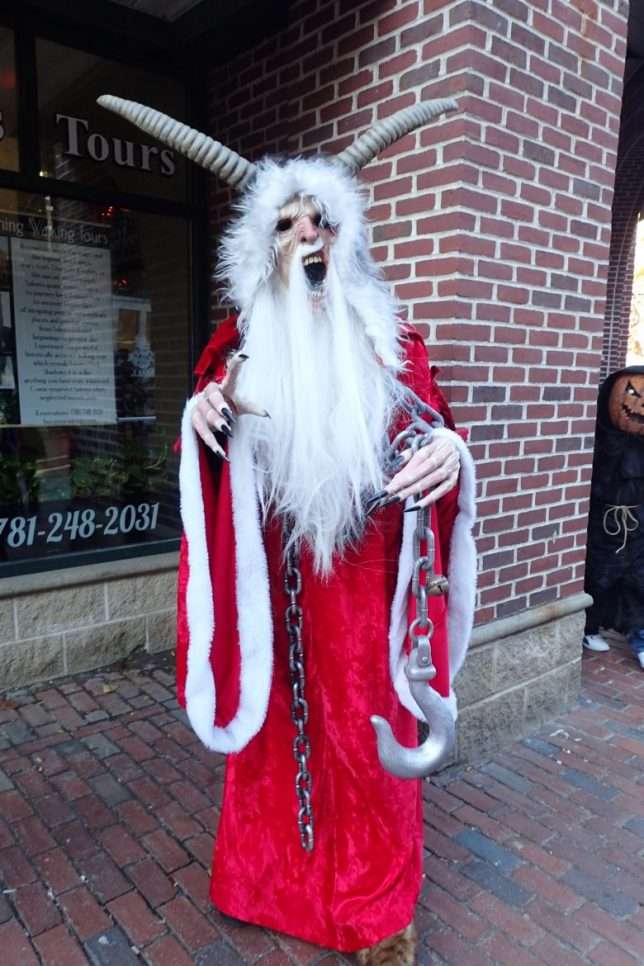 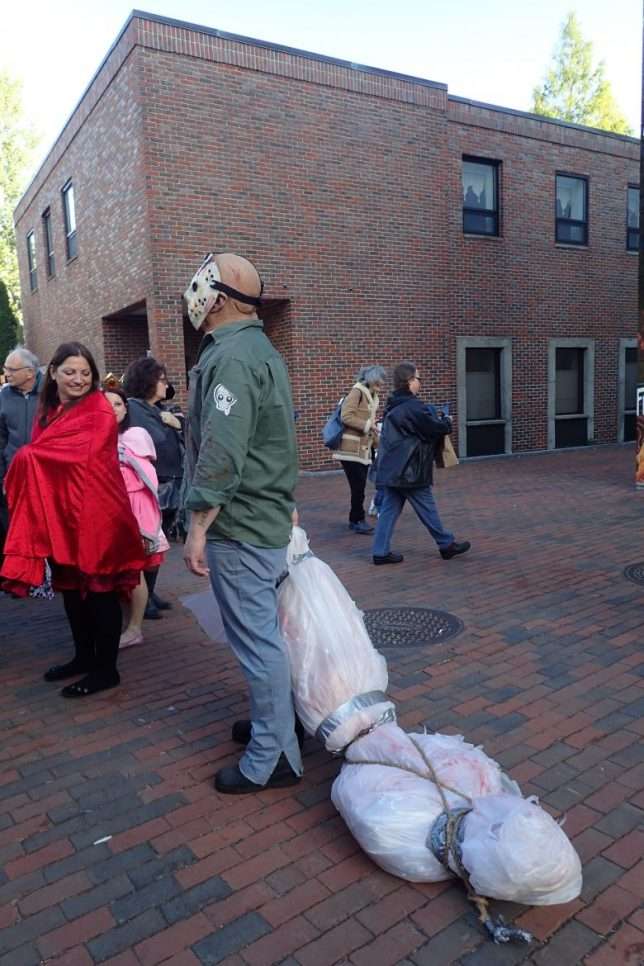 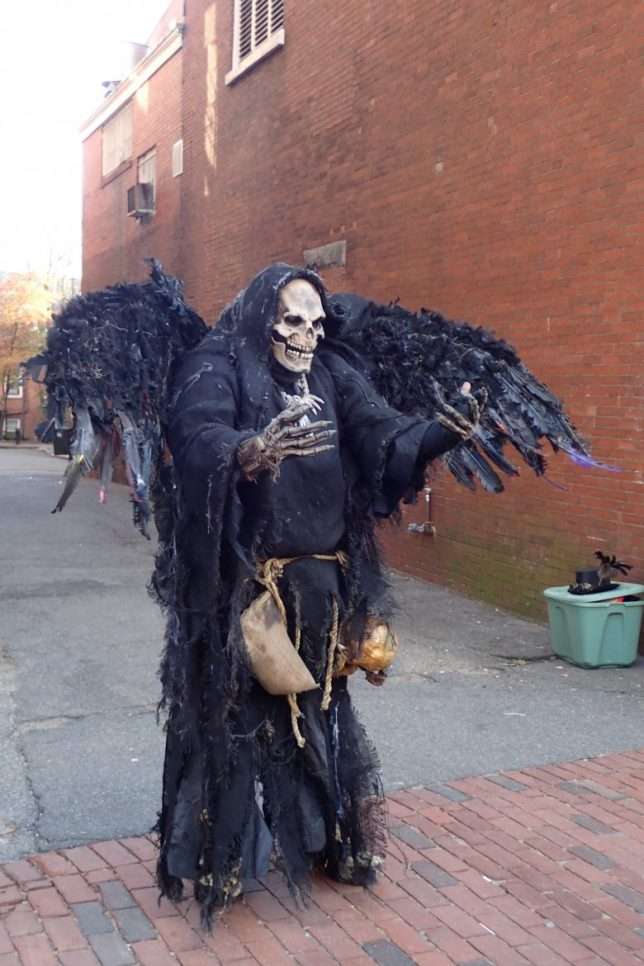 That last one was my favorite.  It was just so well done.

We arrived home in time for Fin to do some trick-or-treating in our neighborhood.  It turns out that he hates most of that, too.  He didn’t like the idea of jack-o-lanterns of houses decorated for Halloween.  The only part he did like was taking a piece of candy from a basket and putting it into his bucket.  To be fair, moving things from one place to another is right up a 2-year old’s alley, so at least it has something for him.  See? 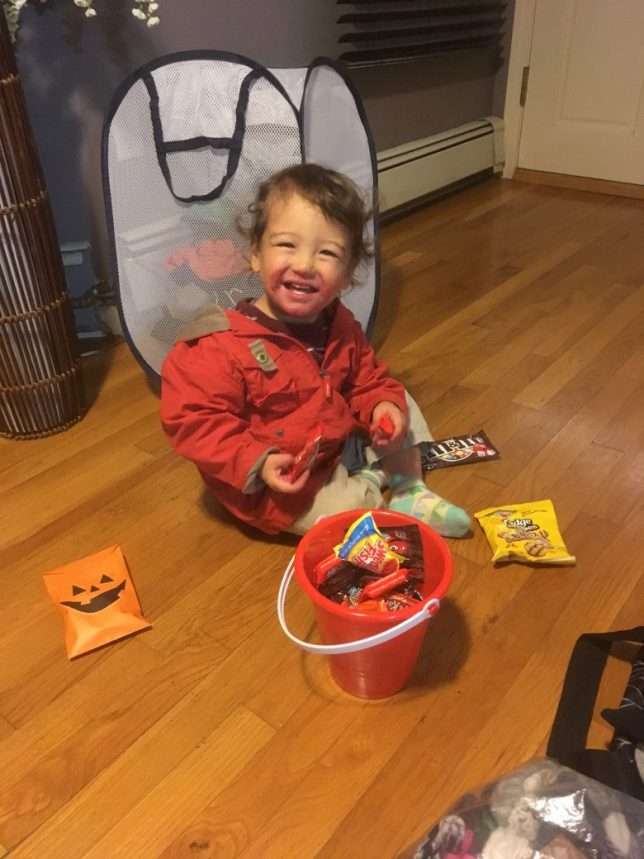