After Thor’s fireworks and Hispanic pastries, it was time to hustle West, through Nevada, and start the drive North to Seattle.  We weren’t quite done with Utah, however, as we had to make a quick stop at the border with Nevada for the salt flats.

The Bonneville Salt Flats refer to a very specific area, but the whole drive between Salt Lake and the Utah-Nevada border essentially follows salt flats.  Nothing as drastic as the salt flats propers, but hints of white pop up throughout and there’s even a salt factory. 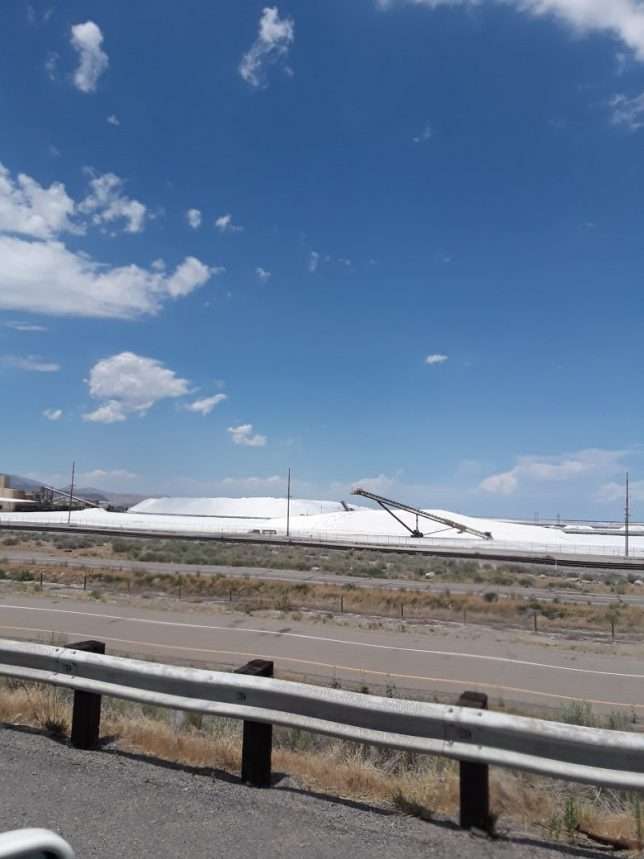 The closer you get to Nevada, however, the more road art pops up.  Either side of the freeway gradually becomes littered with upside-down bottles buried in the shape of peace symbols, people’s names, or whatever people felt like making at the time.  It’s not all bottles, though, and some people get really creative. 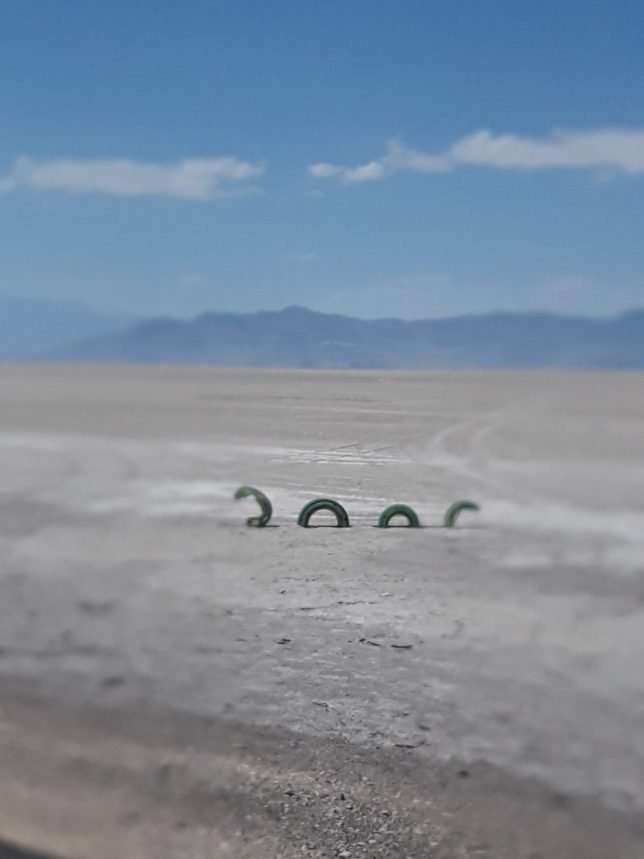 It makes what would otherwise be a long, boring, hot drive much more enjoyable.

The big draw, of course, is the spot where you are welcome to drive all over this weird land and have some fun.  Tire tracks attest to all the people who pull off the road wherever they feel like it, but at the designated rest stop it is not noly much easier to do so, but the land is a cracked white fantasy-scape famous for tricking the eye by distorting relative size.

It makes for a lot of fun pictures and driving. 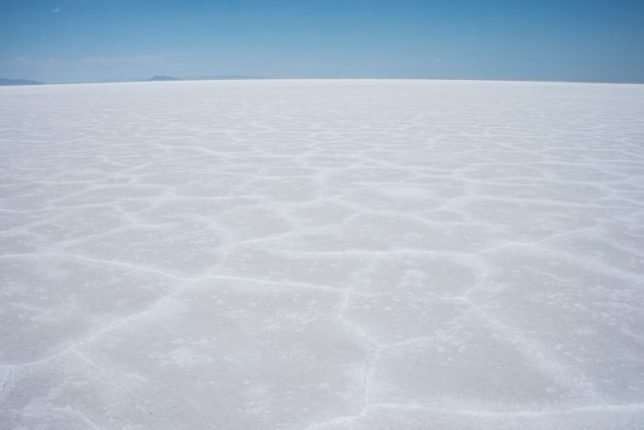 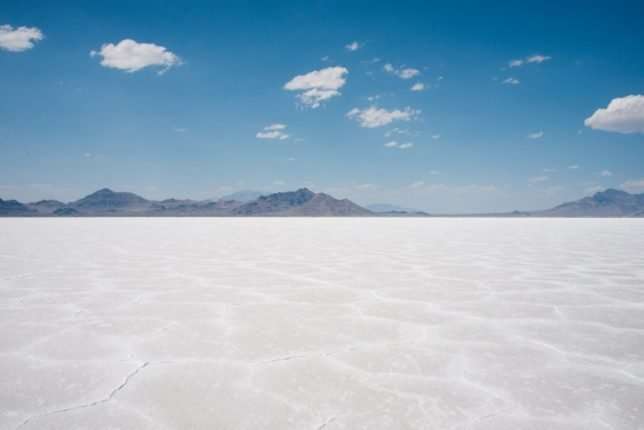 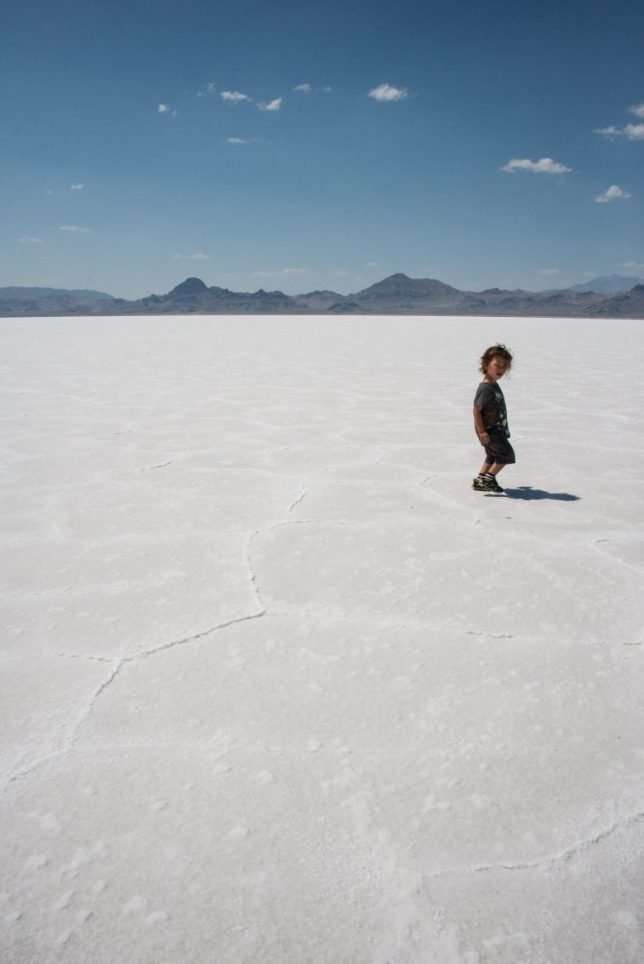 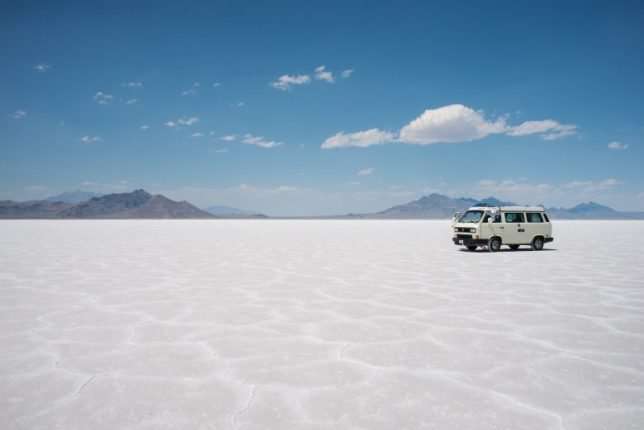 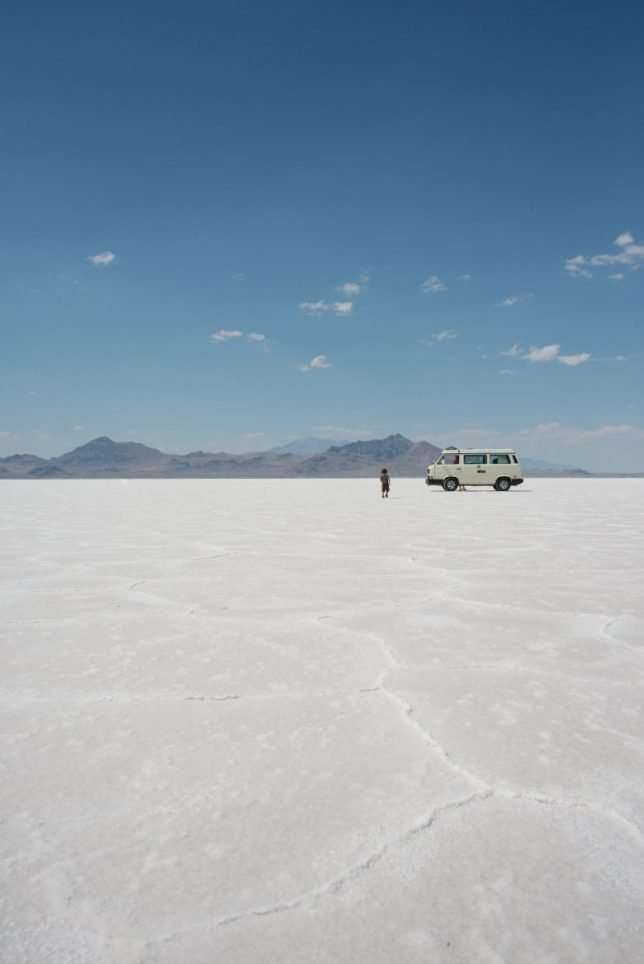 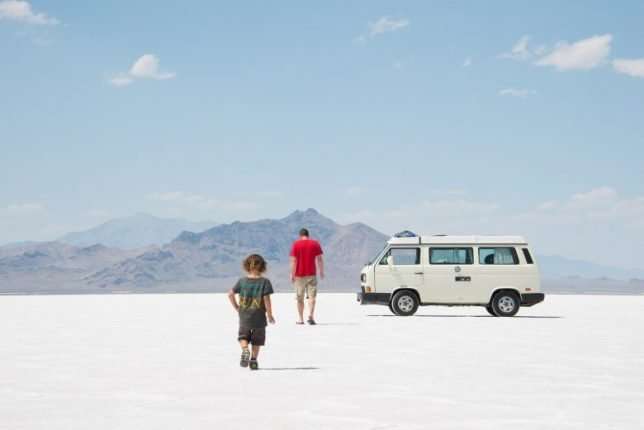