Bozeman was our last stop until Yellowstone, so this week was filled with preparations.  We took everything out of the van for deep-cleaning and organizing, plus I took the van into the shop the check on a leak and have the alignment set.  Bozeman is like the upscale Missoula and the downtown shows it.  Still a small town at heart, the tourist trade keeps the restaurants and shops of downtown alive.  A good, healthy downtown mixes in with small town necessities like grocery stores, hardware stores, and the like to create a nice and extremely walkable city center. 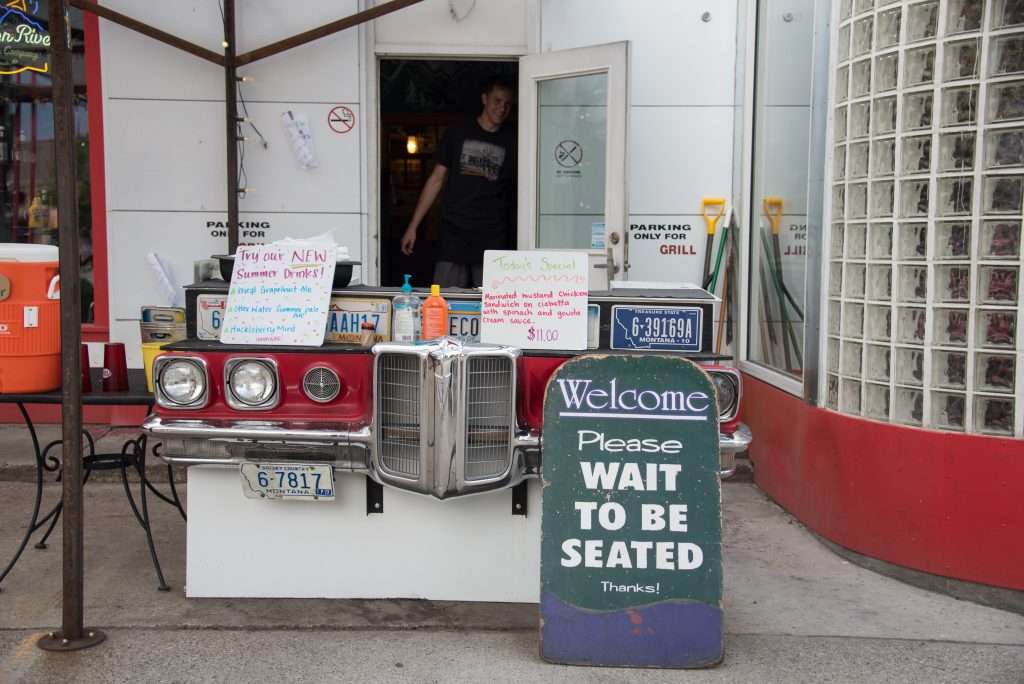 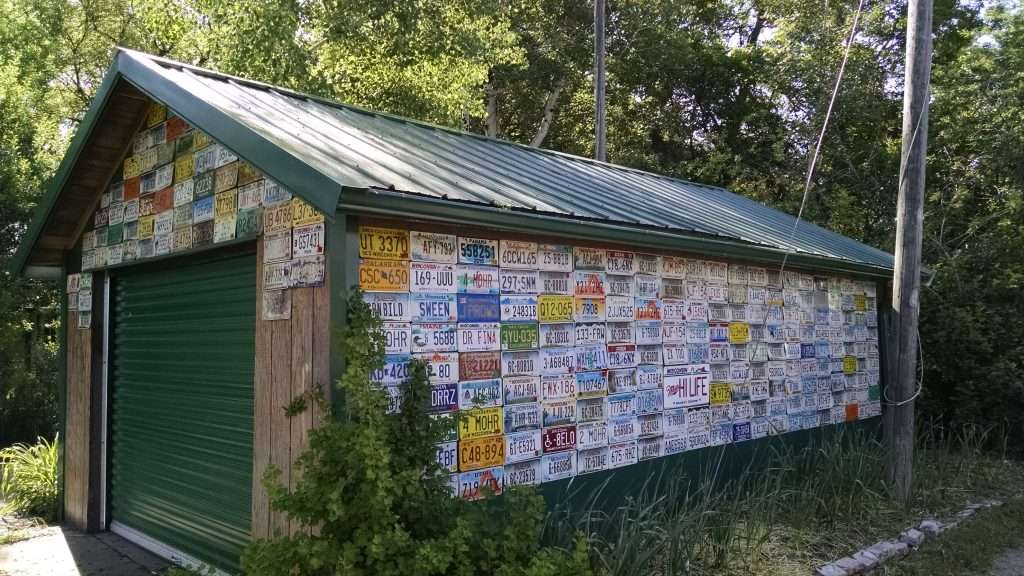 Less than a mile from downtown, our AirBnb’s neighborhood felt like some of the original mid-class housing.  The really fancy stuff surrounds the university in the South, so North of downtown has real character and makes for wonderful walks.  Walks played a large part of our activities in Bozeman, as Shiz took Fin to the library for story times and we spent afternoons in the parks. 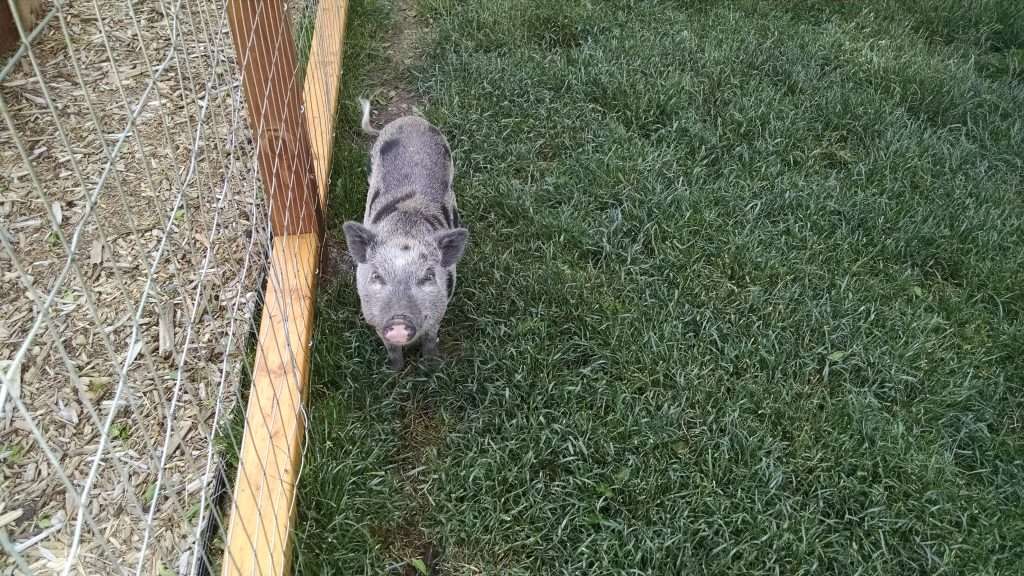 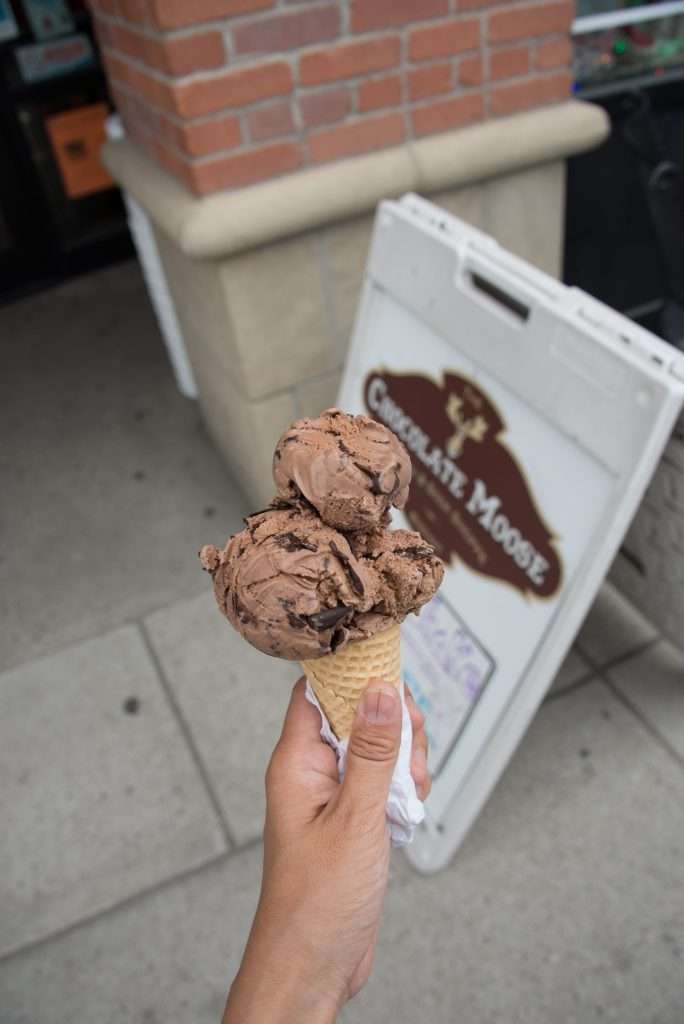 One stop that our timing allowed us was Bozeman’s first farmer’s Market of the year.  Where most farmers’ markets don’t delve outside of food, this one mixed food along with crafts, a nice touch.  We picked up a smoked BBQ sandwich which was mind-blowingly good.  Later in the year I’m sure more food items will appear, but we enjoyed what was on offer. 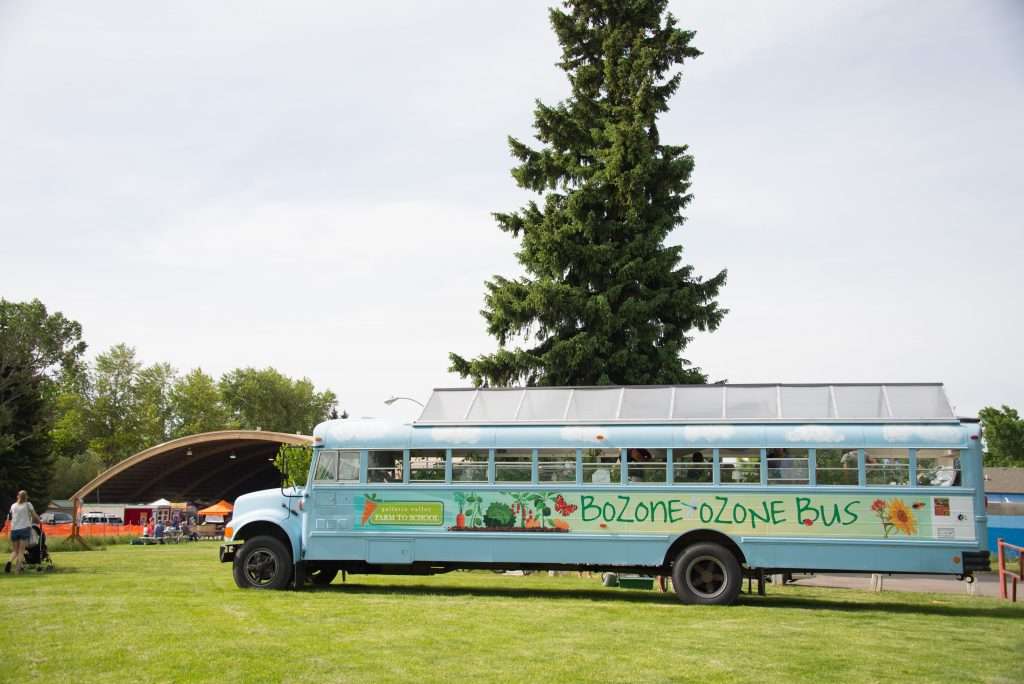 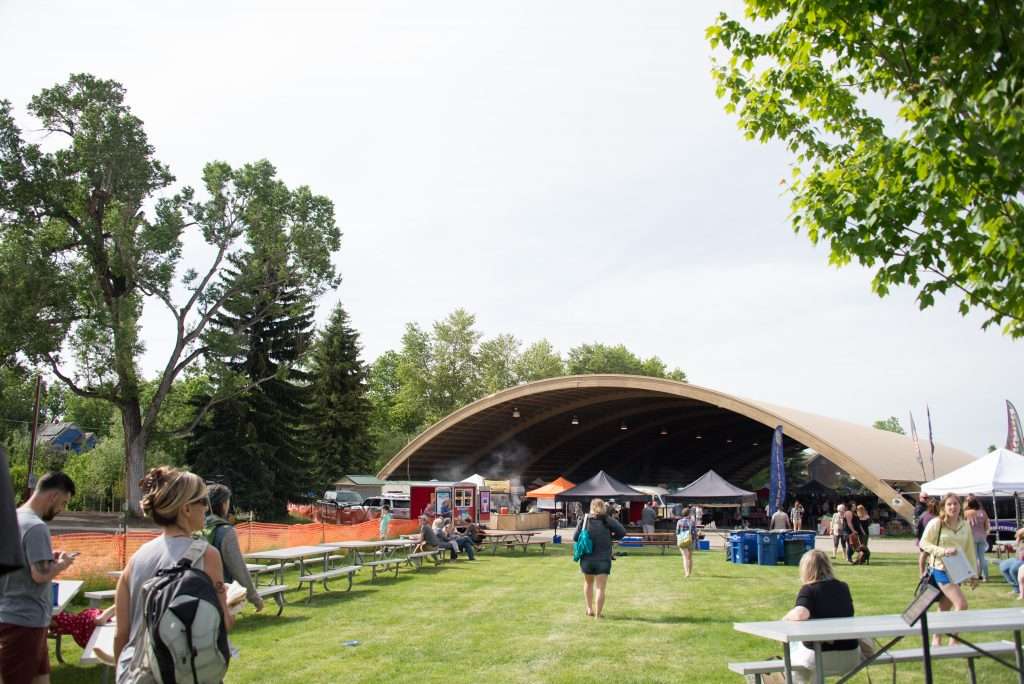 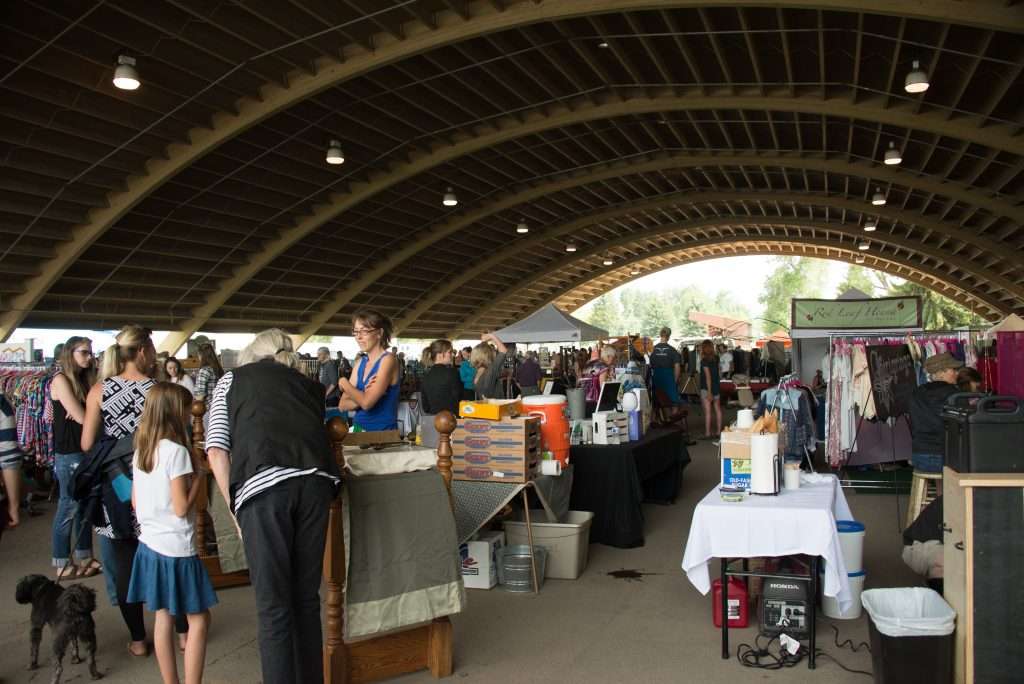 Museum of the Rockies

The one place that we absolutely had to go while here was of course The Museum of the Rockies.  Famed for the dinosaur exhibits, we saw full-sized reconstructions of all the famous dinosaurs.  The museum will even label when the display is a replica made from a fossil or the actual fossil, which I found a nice touch.  The T-Rex gets a lot of coverage, but the row of Triceratops skulls arranged by age blew my mind.  Really, all of it blew my mind.  Dinosaurs were so terrifically huge that even with the bones right before my eyes they were hard to imagine.  Dinos comprise about half of the museum, with the other half covering pioneer life.  There’s also a planetarium and your ticket is good for two days. 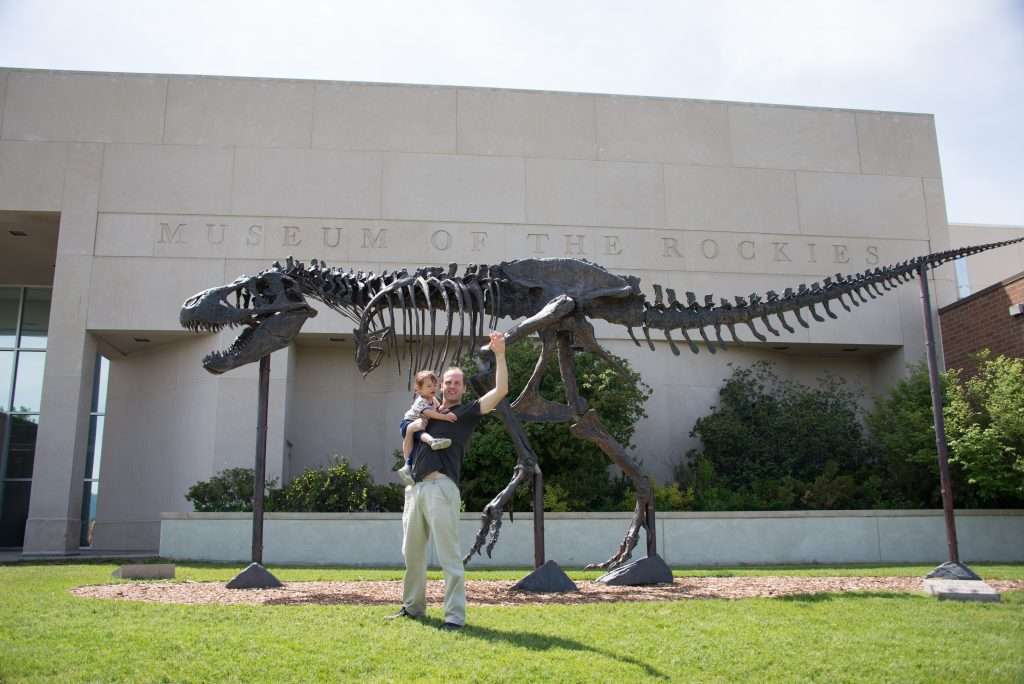 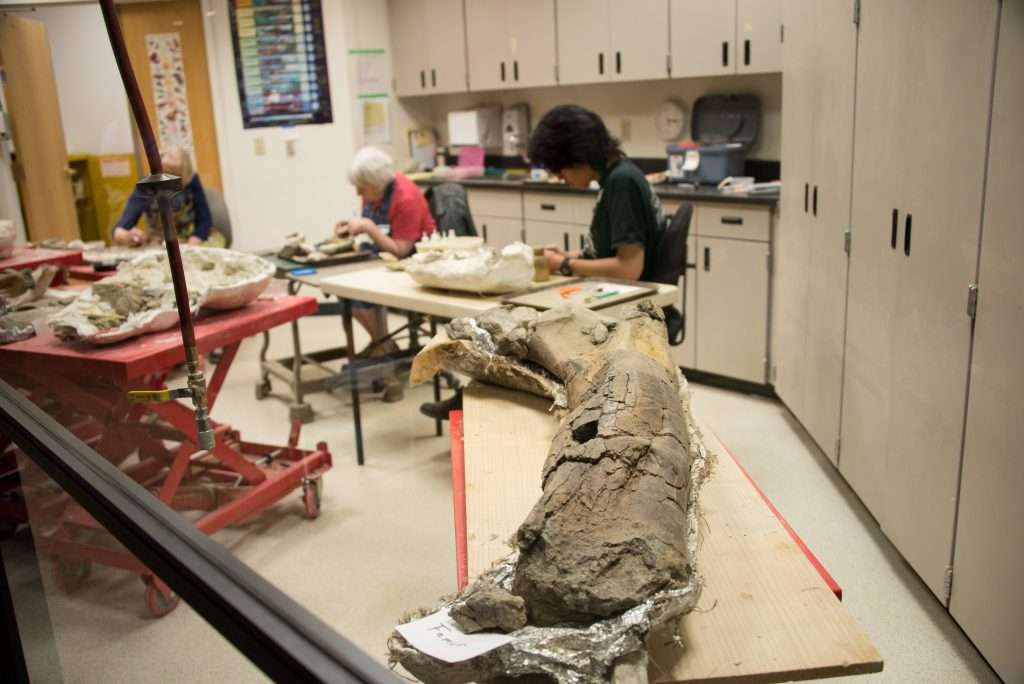 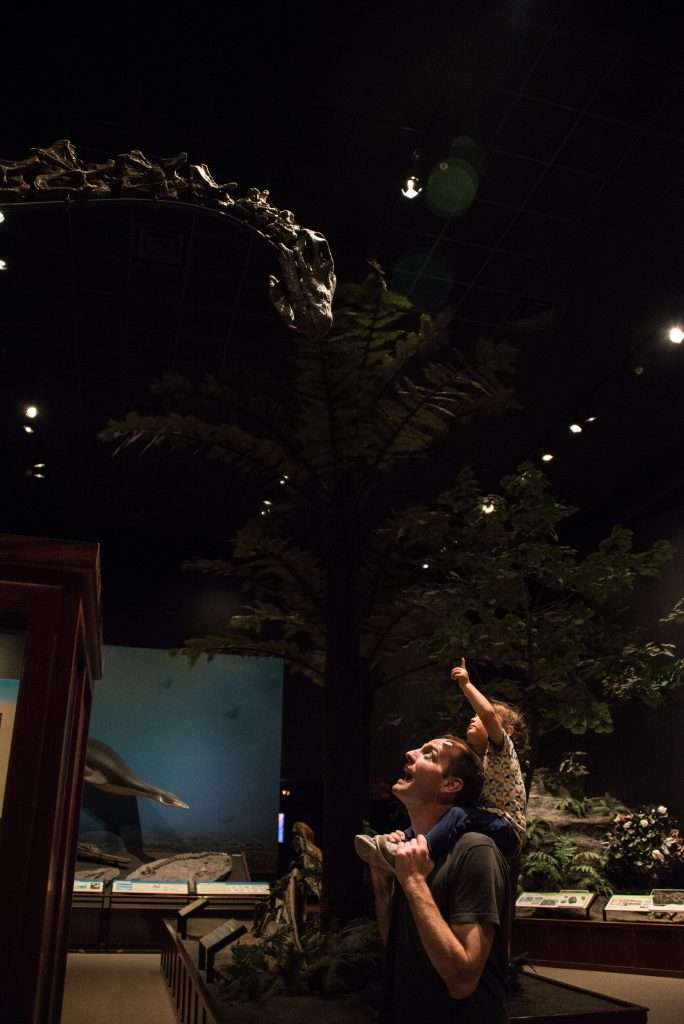 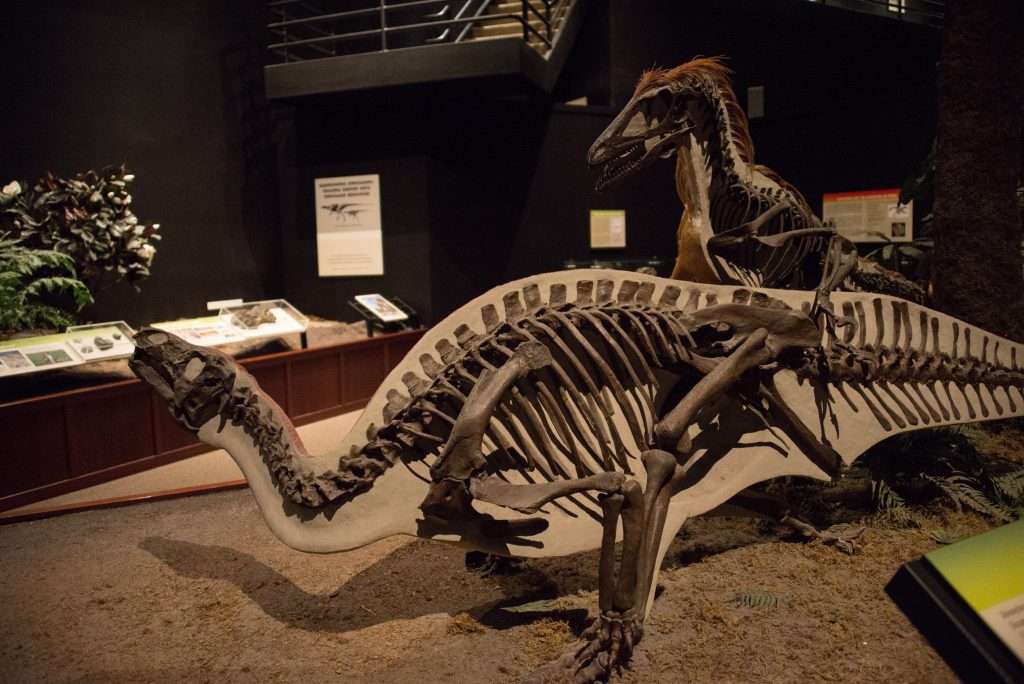 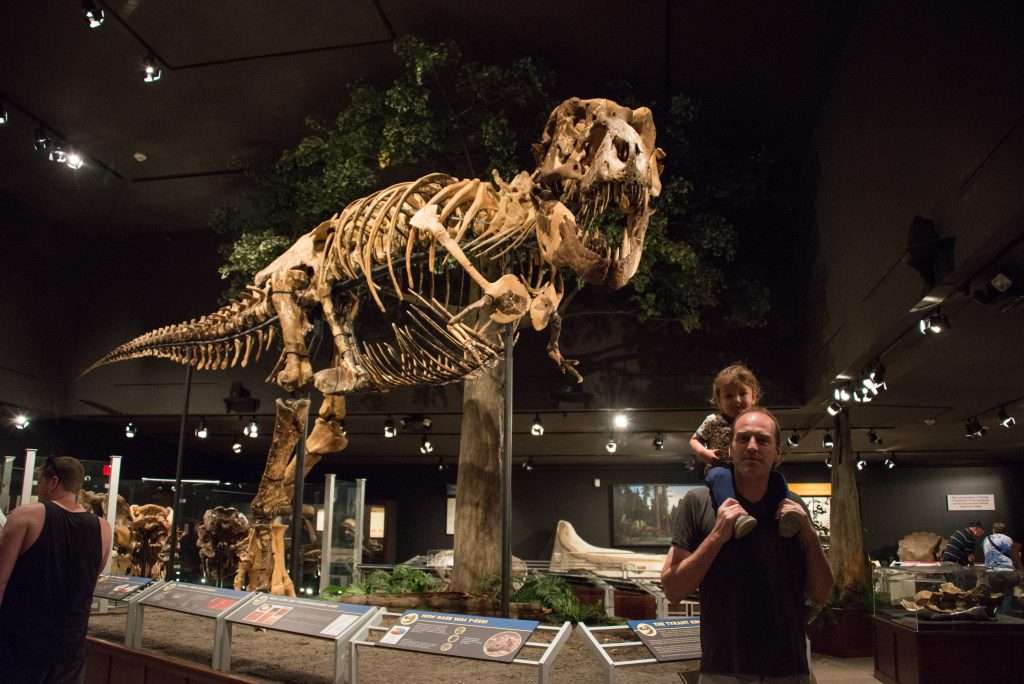 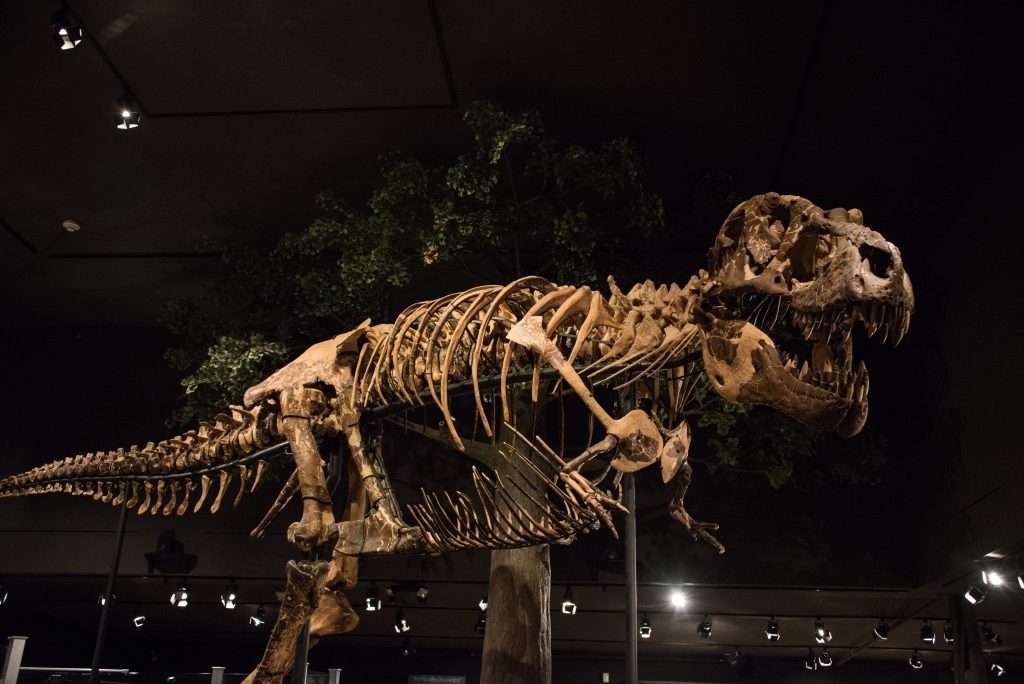 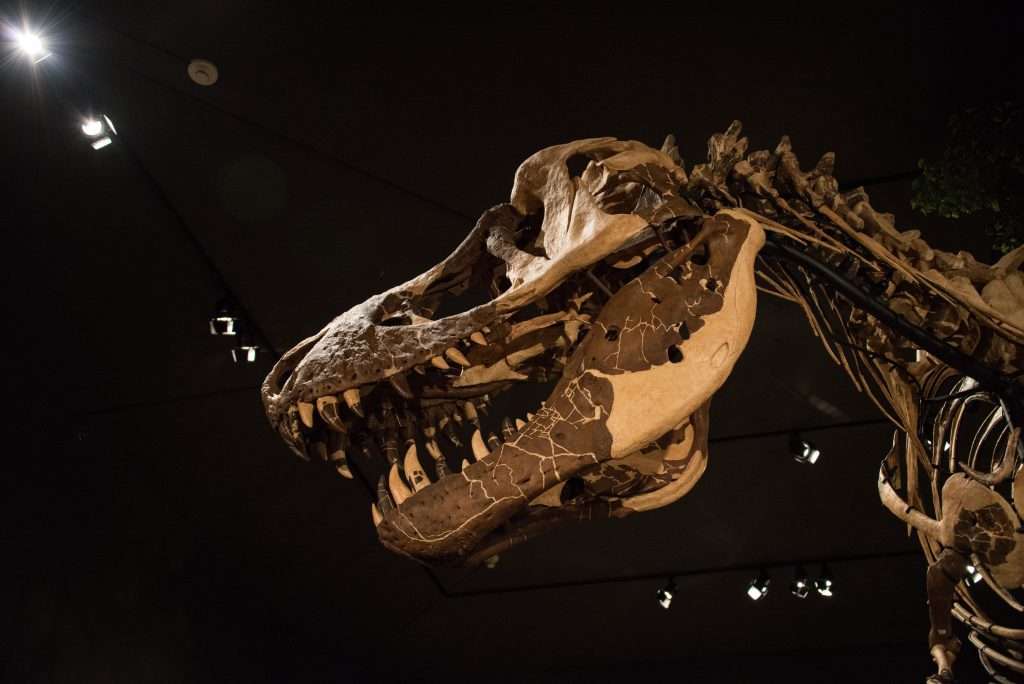 Fin was in a fussy mood, so we didn’t get that many chances to really absorb the displays, sadly.  After the exhibits, we took him to the kids’ room on the second floor, where he had the time of his life.  If we had it to do again, we’d take him straight there and take turns perusing the displays. 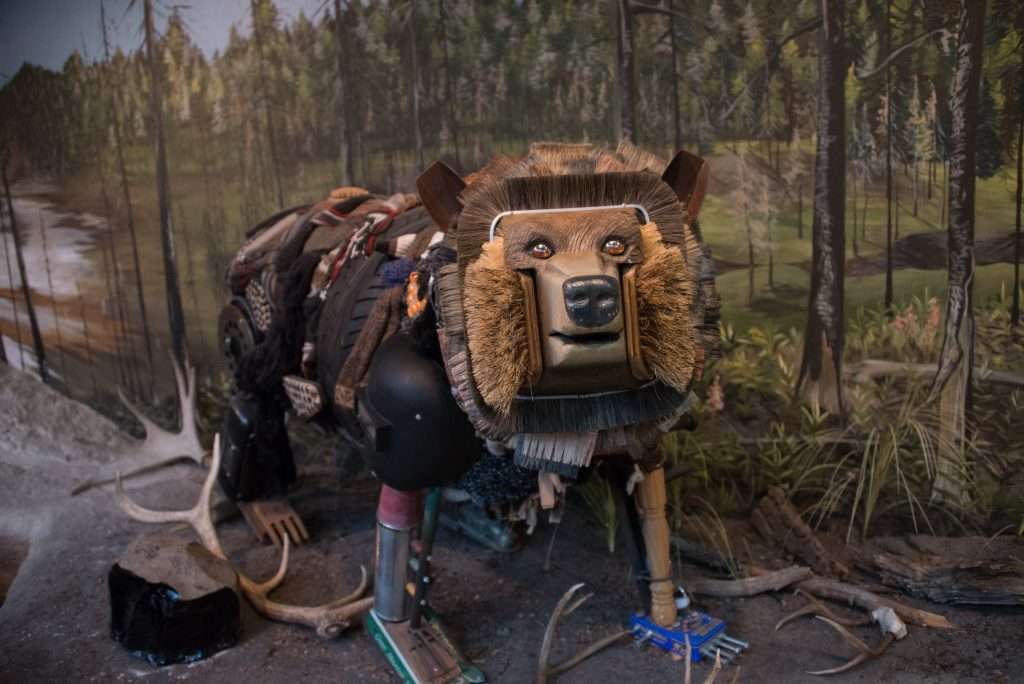 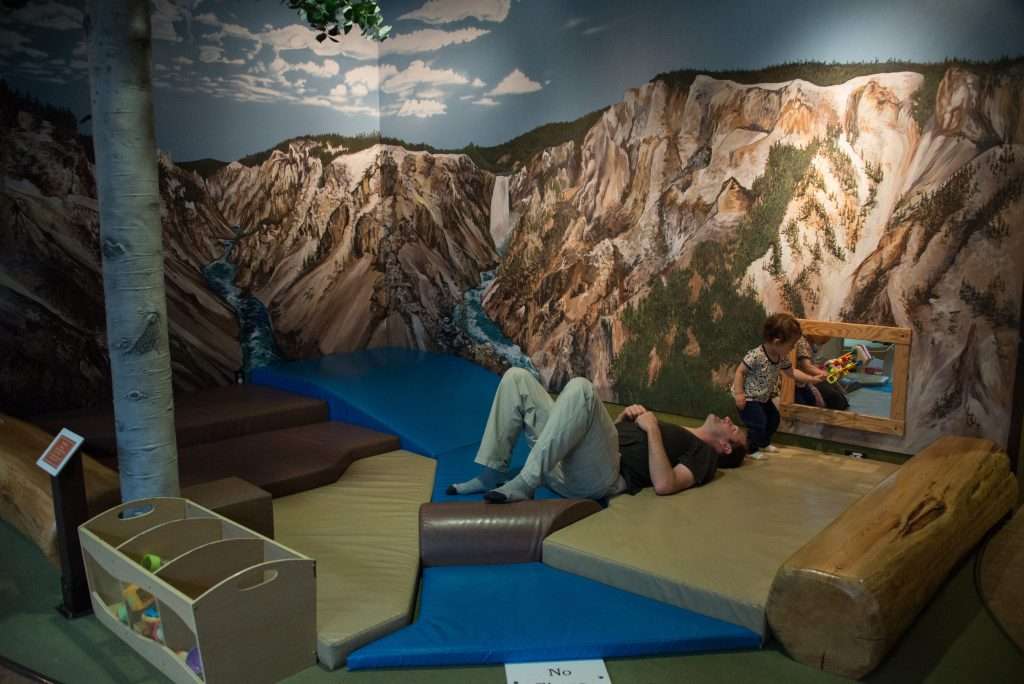 All we have to do now is prep for Yellowstone!  The van went to the shop for a fuel leak and alignment, so it is in the best shape it has been for a long time.  We’re preparing nine days of food and reading up on places to go.