Fresh with the sights of Knoxville and some bottles of wine in tow, we headed back into the Great Smoky Mountains for a weekend of camping.

40 miles outside of Knoxville in the tiny town of Maryville, however, we heard a thunk and then disaster struck.  One big thunk and then the car would not accelerate.  I threw the car in neutral as we coasted around the bend and onto the shoulder.  Coming up to the first main intersection, I steered the car to the turning lane, then jumped out to push and keep momentum.  Shiz hopped up to the wheel so I could run behind and push the back.  No luck.  The van stopped, so I dug in and started pushing while Fin slept peacefully in the back seat.

After I had pushed 40 feet or so a very kind gentleman stopped his truck and offered to tow us to the parking lot of the fast-food store we were next to.  We thanked him for the tow and asked him to take us to the Jiffy Lube next door (so glad that we were close to some sort of shop). 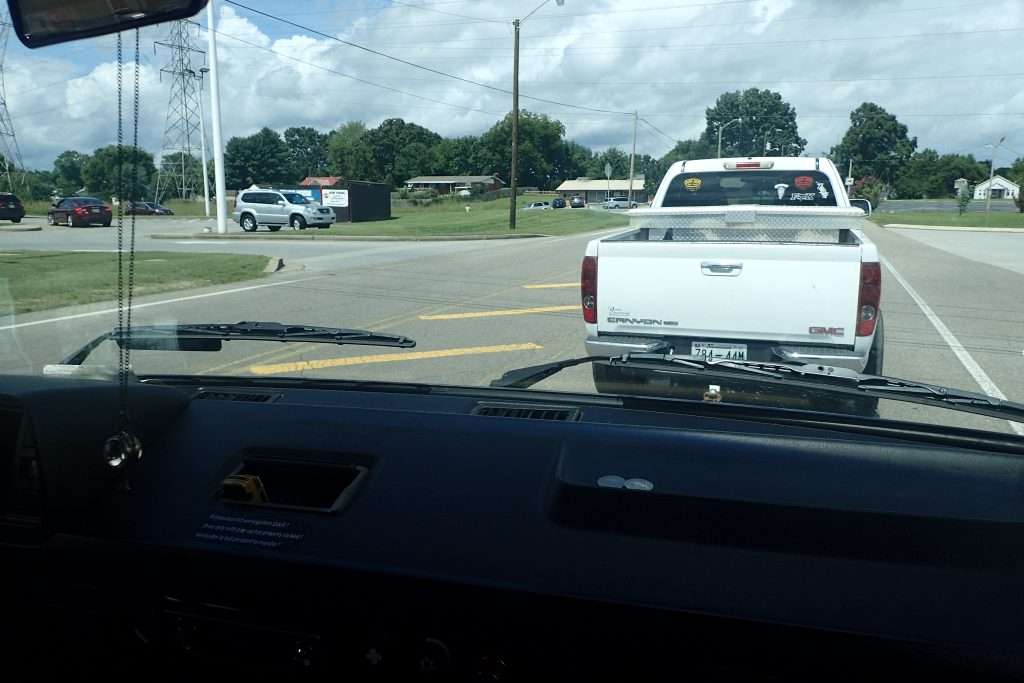 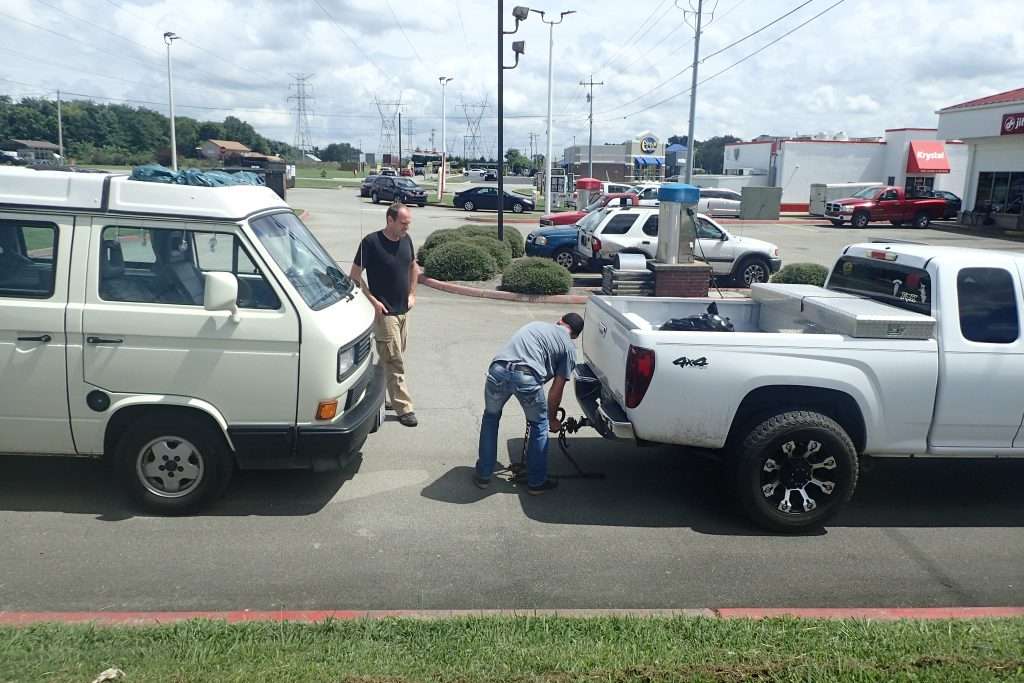 We coasted into the Jiffy Lube and the guys came out to look at the car.  Lo and behold, the problem was the back right axle.  Yes, the very same axle that broke on us in Charlottesville.  The problem this time was that the bolts on the wheel-side had worked themselves out, flying around the wheel casing.  The bolts on the final drive side has also come loose (thankfully these did not come out first or else we would have had an axle flying around and hitting our engine and the road).

I was incensed.  We had just spent over $500 to fix this and the shop hadn’t even bothered to install the thing well.  The Jiffy Lube guys themselves were shocked, but they said that they could reinstall it that day and gets us on the road.  They took the van into the shop while Shiz strolled Fin around and I waited for the diagnosis.

The manager came out and we talked about options.  The Jiffy Lube was not the kind of shop to do the work we needed and they didn’t have the strange German parts that Westies use.  They didn’t even have a gasket nor bolts.  Luckily they could reuse 11 of the 12 bolts, but one of them was shot to pieces.  Ordering parts would take time to ship and, it being a Friday, meant that we were looking at no fix until Wednesday or so.  We weren’t too far from Chattanooga and already had an AirBnb paid for, so we opted for to have 11 of the 12 bolts installed and have them put on a makeshift patch for the gasket.  It wouldn’t be a permanent solution, but it would get us to Chattanooga where we could have a proper fix installed.

The Jiffy Lube still needed a couple of hours to do the work, so I left poor Knut jacked up and met Shiz and Fin down the road to kill some time.  Luckily, we found Round 6 Brewing.

Though technically not open, the owners let us in to enjoy A/C for a couple of hours until they could actually pour us beer (we needed beer).  The place was so new (this was week 2 of operations) that they didn’t have anything they made on tap; everything from them was still fermenting.  While we were there they were actually brewing some pilot batches for later production.

Like all new brew-spaces, the location was bare-bones with lots of room for the future.  That said, though, they already had a large space for concerts, a great kids’ corner, wonderful displays, and tons of room for more fermenters once they really picked up.  The entire staff was nice and treated us so well while we were there.  I wish we had the chance to have some of their beer! 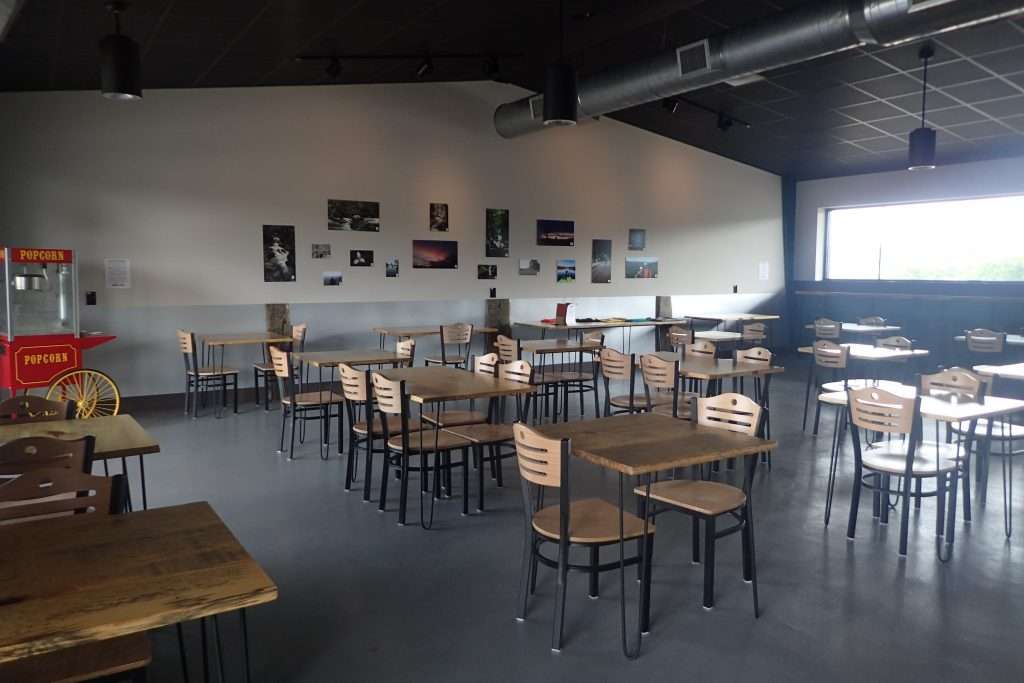 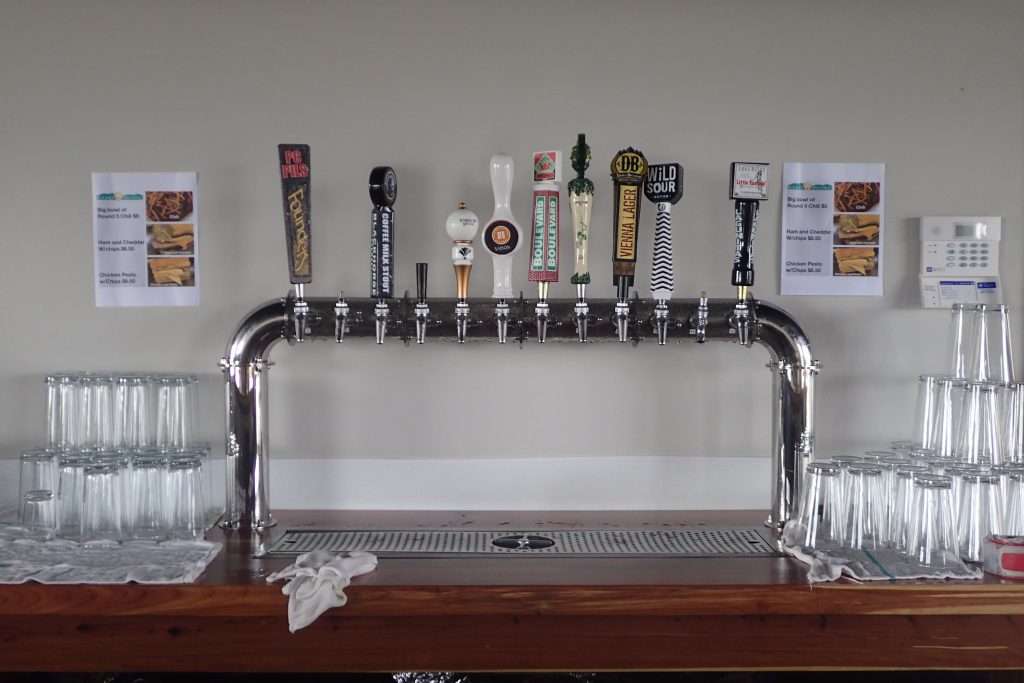 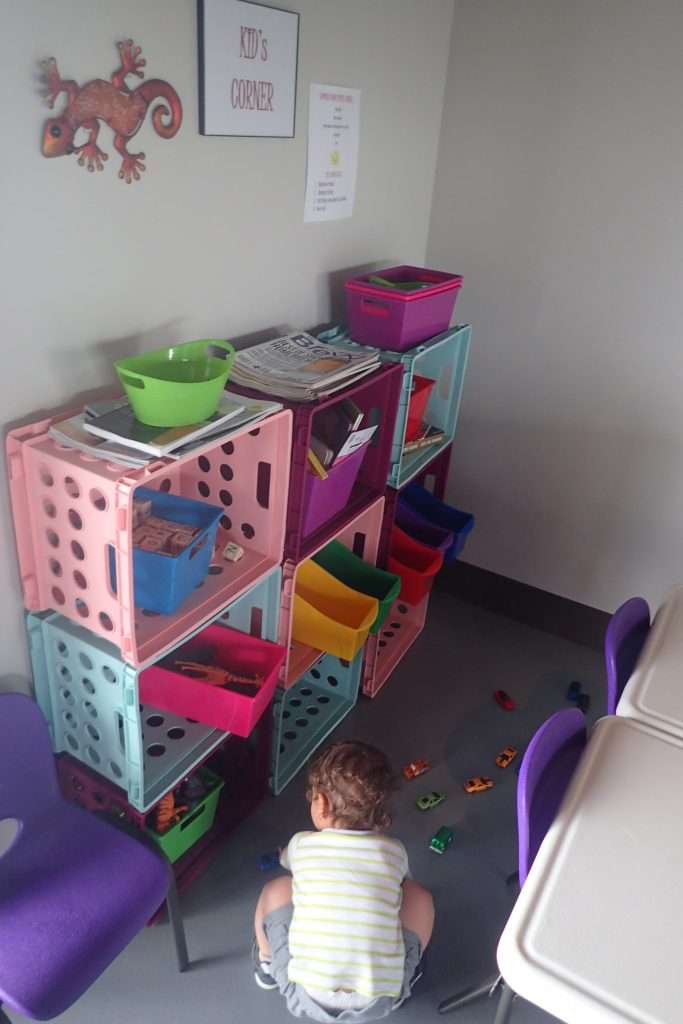 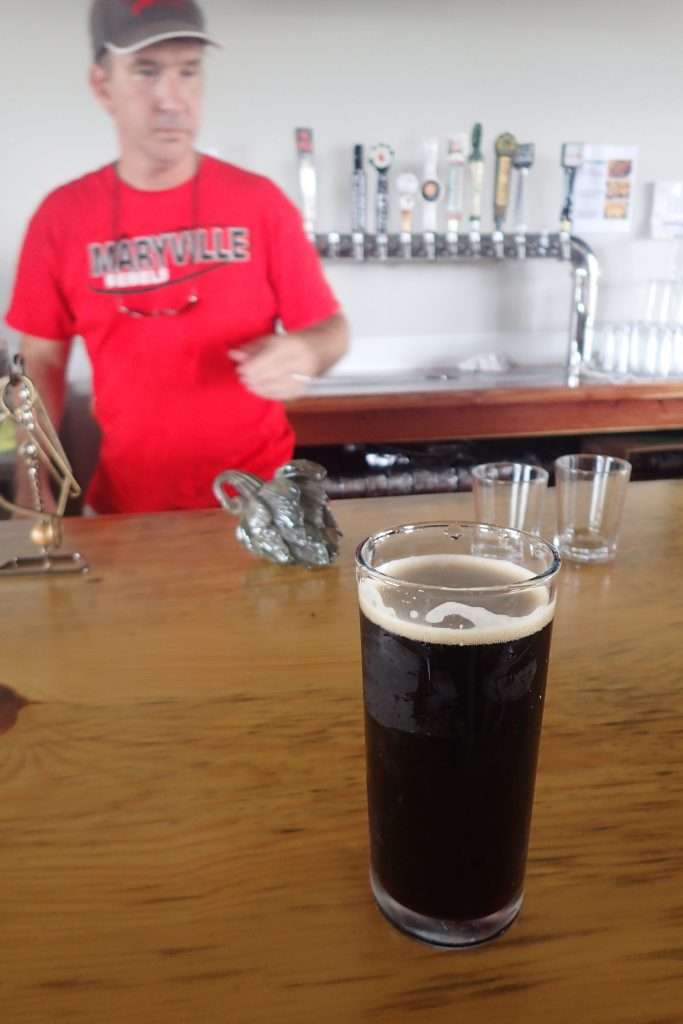 While there, I called the shop that had done the work in Charlottesville.  The owner took the phone and I told him that our axle had come loose down the road and that had it happened 50 miles later, we would have been SOL in the middle of the woods.  He figured out the problem on the spot and offered to pay for repairs.

It turns out that due to construction of these bolts, they need to be re-torqued after 50 or 100 miles.  The tech who did our work did an excellent job but wasn’t familiar with older VWs in the same way as the owner and so did not tell us this.  Imagine the trouble we could have saved had we known this.

I still wasn’t happy, but the owner did right by the customer and offered to fix his mistake.  When time came to pick up Knut, true to his word he footed the bill.  We were going to pay for the refit in Chattanooga as we had opted to drive on, but I would be okay with that.

Patched up, we went to Chattanooga.

The Beat Down Goes On

Now, I’d love to say that we got to Chattanooga, put the gasket on, and have been driving smoothly ever since.  But that wouldn’t be enough adventure, would it?  Naturally, there was more – a lot more – to happen.

In Chattanooga I ordered a new set of bolts and gaskets, then called around to find a repair shop.  Problem is, no one in Chattanooga wants to touch a Westy.  The two shops that specialize in older VWs didn’t even want to do it, as one shop’s Westy tech had recently quit and the other shop didn’t take on Westies because simple jobs turn into longer ones (tell me about it).  And this in Chattanooga, where Volkswagen literally has a production facility! 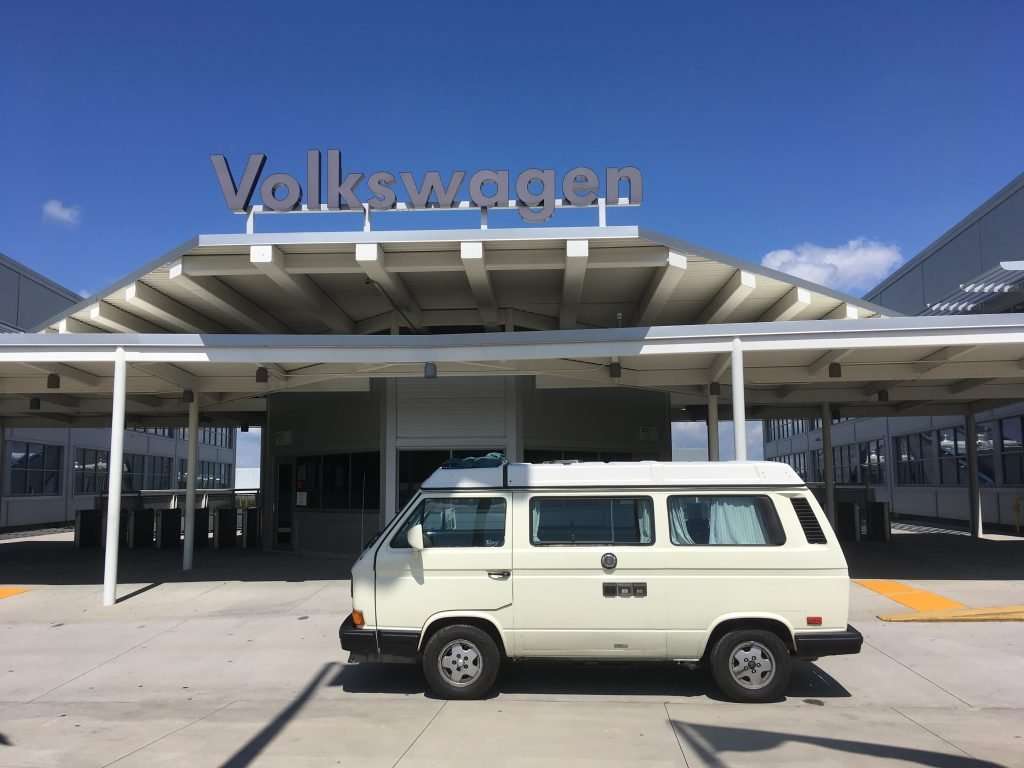 All I needed, however, was for someone to take an axle off, apply grease and a gasket, and bolt the axle back on.  It’s a simple job and I found a place to do it.  With a rush parts order, I nervously drove the parts out to the mechanic, got some coffee, and waited.

Good news: I paid nothing for the work.  Bad news: They didn’t do any work.

The mechanic put Knut in the air, went to take the bolts out, then called me to let me know that my transmission was bad.  The output shaft was coming out of the final drive, so I needed to find a transmission shop.  Fuck.

I drove Knut back home and started calling transmission shops.  The 10th shop I called would at least take a look at the van and had time that afternoon, so back into the car I hopped and drove it out to them.  They put it in the air and would have sworn if it hadn’t been a Christian shop.

The guys took me back into the shop while Knut was in the air and talked me through the problems, showing me everything as they talked.  They were just awesome like that.  Basically, some part of the transmission was shot, but until someone took it off and opened it up, there was no knowing how bad the damage was.  It could be a one or two part job.  It could be a full rebuild.

Since no one in Chattanooga likes old Westies, this shop said that they would not be comfortable doing the rebuild.  So I drove home, called other shops to find the same story, then started calling shops in Nashville.  I found one who would rebuild it and a couple of places that would install a refurbished transaxle, so I started looking into refurbished transaxles.  Turns out they cost about $1,800 plus the cost of any parts they cannot reuse for future transaxles.  Plus the shipping of the new transaxle and shipping of the damaged one.  And they were six weeks out.

Next step: transport the car.  I called some long-haul towing services to see what it would cost from Chattanooga to Nashville and then Nashville to Winston.  After picking my jaw up from a puddle of tears on the floor, we settled on the other option.  Behold, our towing service! 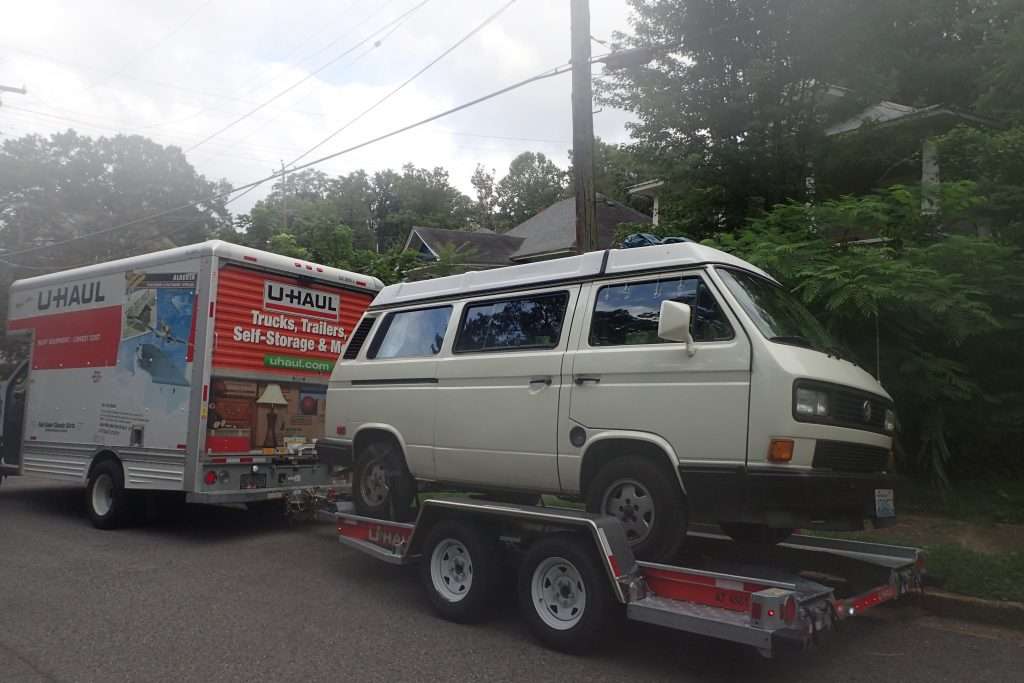 It’s surprisingly hard to find a pick-up truck to rent one-way, so we hauled Knut with an empty 12′ moving van.  That’s fine, but you can’t see the car while driving down the road, so every 20 miles or so I’d be hit with the irrational fear that the car had somehow come loose and was rolling uncontrollably down the road.  Halfway to Nashville it only happened every 30 miles or so.  Hooray for progress.

The Nashville things are covered in the post on Nashville, but once it was time to leave, we loaded the van up one more time similar to the above set-up and decided to do the whole 500+ mile in one go. 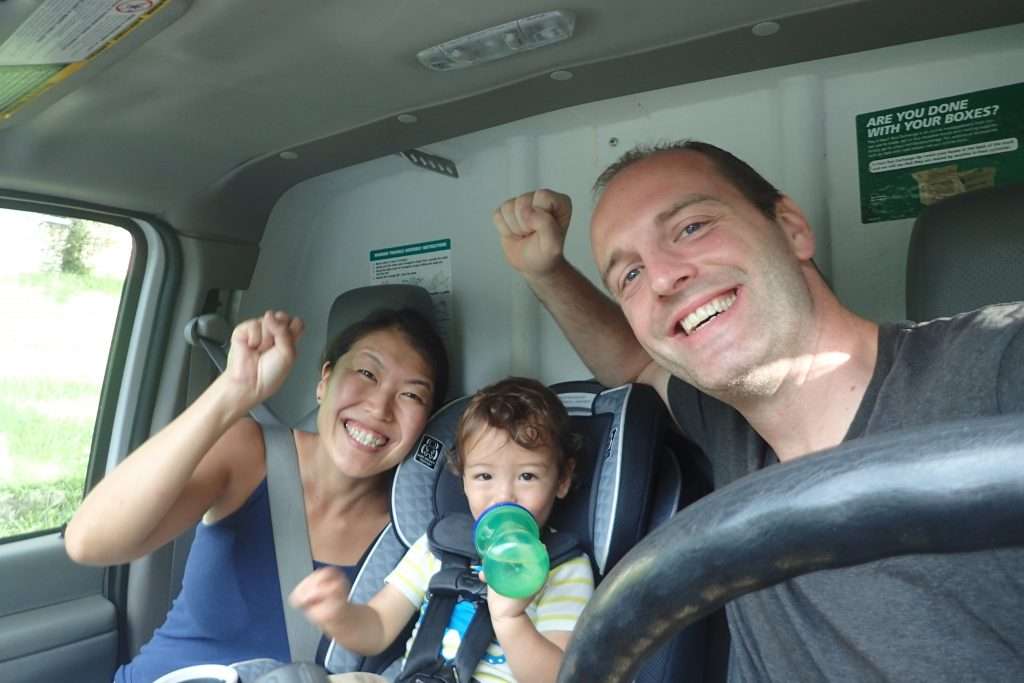 We pulled into my Mom’s house at 2:30 in the morning, unloaded our stuff, and passed out.

The next day I went to the Winston mechanic to find the the van wouldn’t drive anymore.  The trip to Winston had fully knocked the last ray of hope out of the transaxle.  Sighing, I walked into the shop.

I found the owner sitting behind the desk and we discussed options.  He mentioned that they can rebuild the transaxle and it would take about 2 weeks.  They could give me a 1-year, 10,000-mile warranty on it (the 6 week transaxle came with 5-year, unlimited miles), so I was going back-and-forth.  In the end, I decided to have the mechanic rebuild it because the cost was slightly cheaper (my core was most likely shot now, so add another $800 to the 5-year transaxle), they could turn it around in enough time for us to possibly take Knut North with us, and this shop has the best ratings of any shop I’ve researched (60 Google and Yelp ratings with 1 review not five stars).

This whole experience sucked, but by now we’ve replaced most of the suspension, we’re going to replace the transaxle, and our motor is in good shape, so there had better not be any more major problems from here on.  But it’s an old van, so who knows?  maybe the body of the van will suddenly turn molten.  The joy is in the journey!