Having seen the space in the rocks, we figured that we’d go see the space around the rocks and check out Canyonlands.  A lot of people probably call it the little Grand Canyon, but the experience and feeling of the two are very different to me.  The range of Canyonlands is huge, but it invites people to go in and explore in a way that made me rue not having a 4wd vehicle.

Since we only had a 2wd vehicle however, we stuck to the Eastern roads and viewpoints.  You can even see some of the roads that we would have taken had we not been limited by the drivetrain of our car.  I say limited, but what we saw was just awesome all the same. 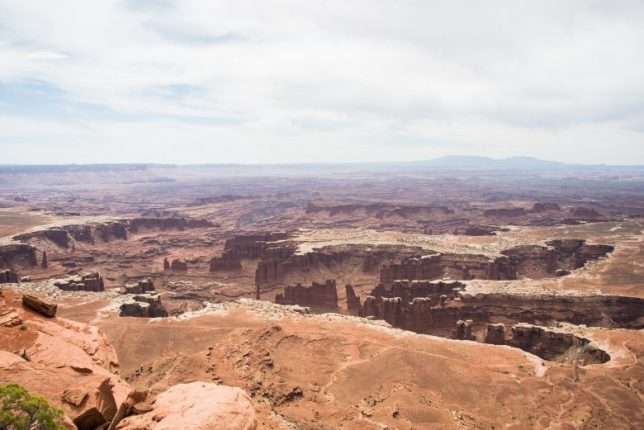 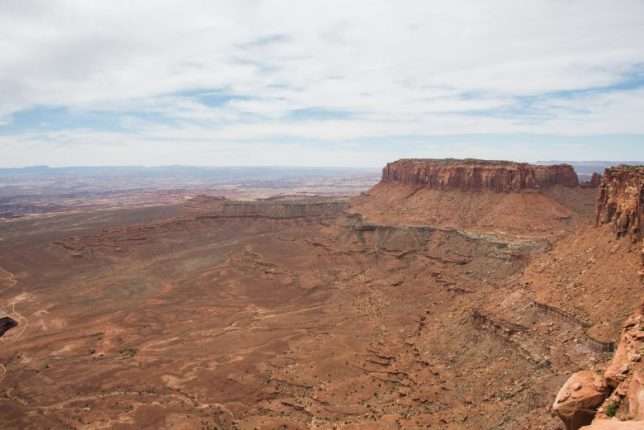 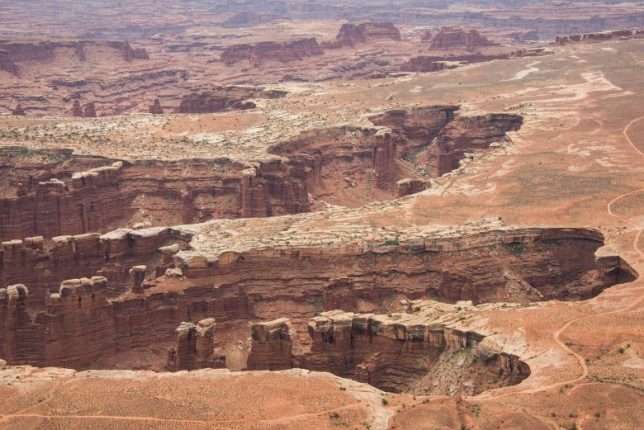 There are actually two Eastern Entrances, though they are separated by quite some distance.  We camped halfway between them and headed towards the Southeastern entrance the next day, towards The Needles.

Like pretty much every park in Utah, you can see a lot with any car, but a 4wd car open up a lot more to you.  4wd or multi-day backcountry hiking trips, but Shiz and Fin were in no way up for things like that.

The Needles houses some old watering holes used by Native Americans, including one of my favorites, Pothole Point.  It’s a short walk that meanders through depressions in the rock that hold some of the little water that falls in the area.  These days it’s a vital spot for local wildlife and bacteria, plus it just looks neat. 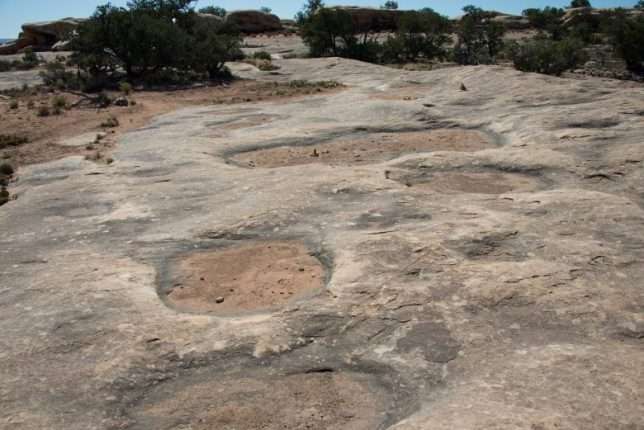 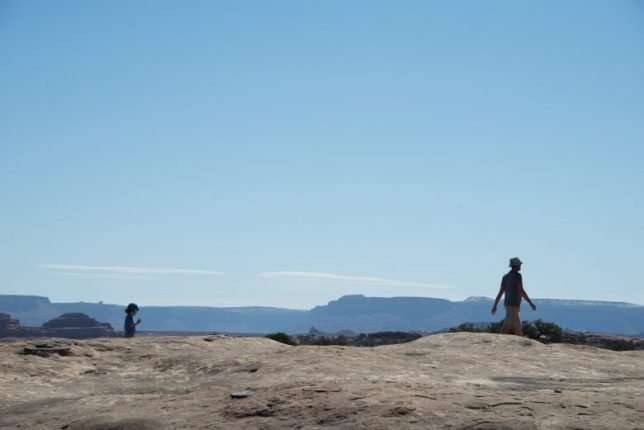 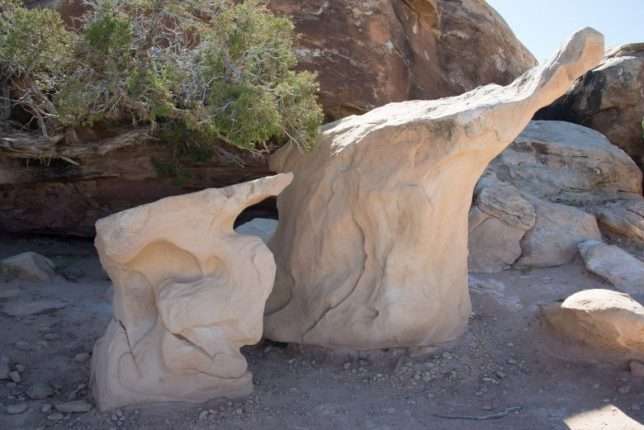 Probably the most interesting hike we took here, though, was Cave Spring.  Though it’s a well-marked hiking path, it feels like a maze as you wander under rocks, climb ladders, and follow cairns on top of rocks, only to dip back in between them.  The area has a long history of use by Native Americans and settlers alike, since it has the most valuable things of all in the desert: a rather reliable water source. 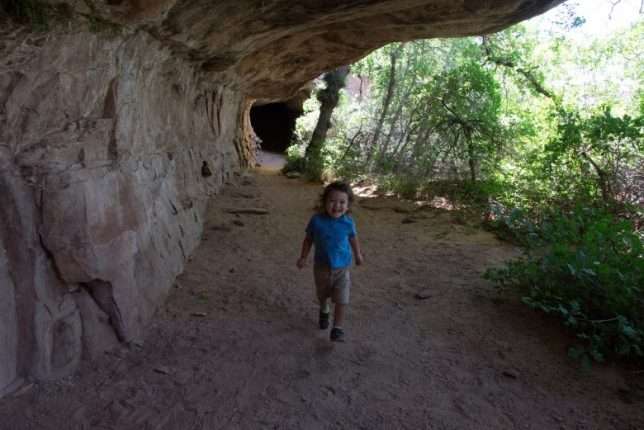 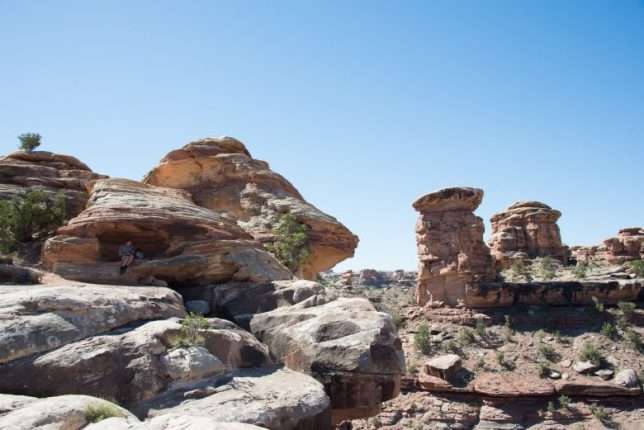 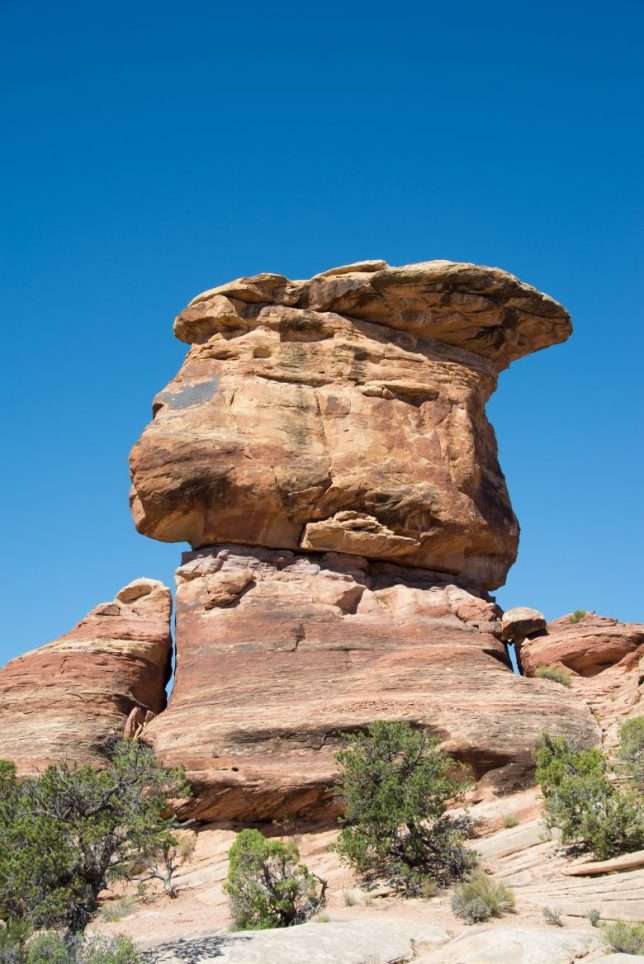 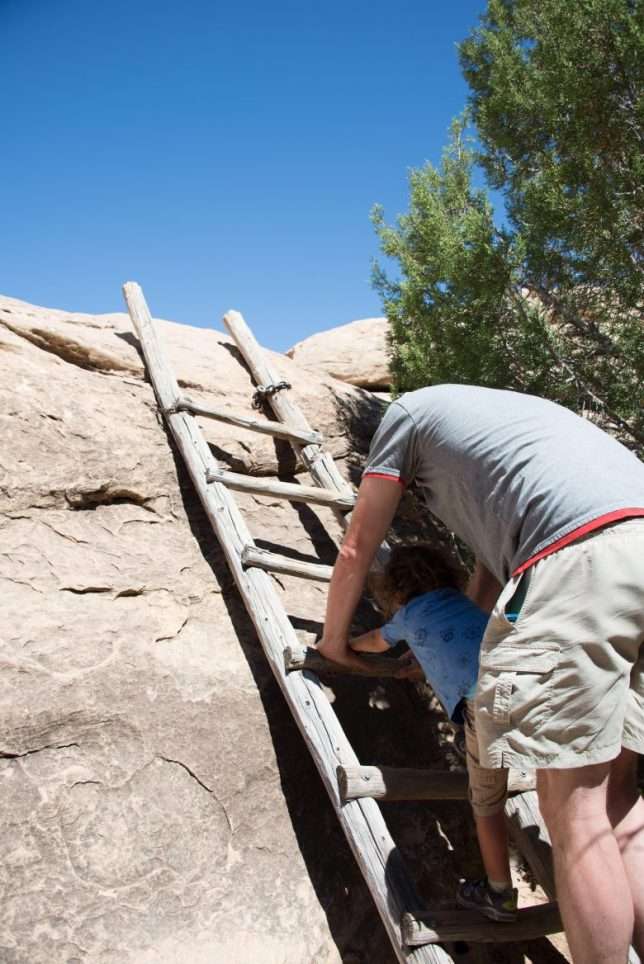 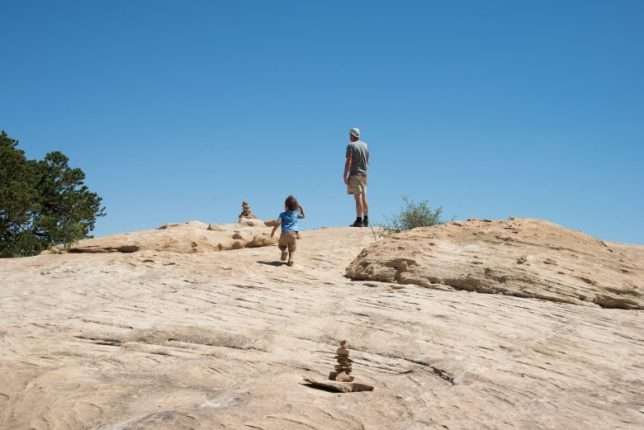 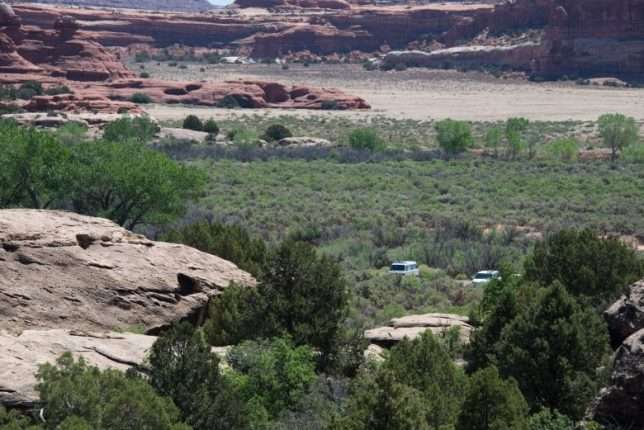 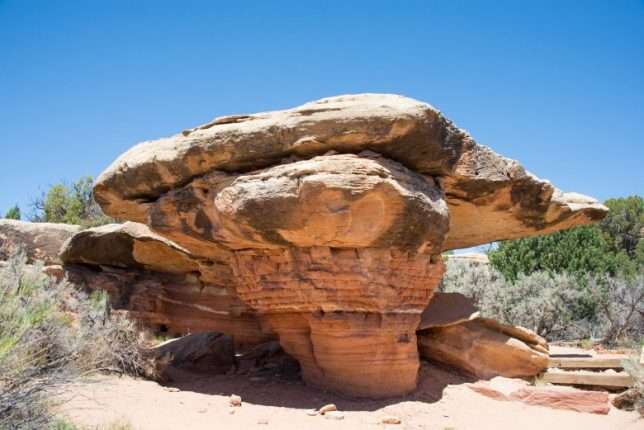 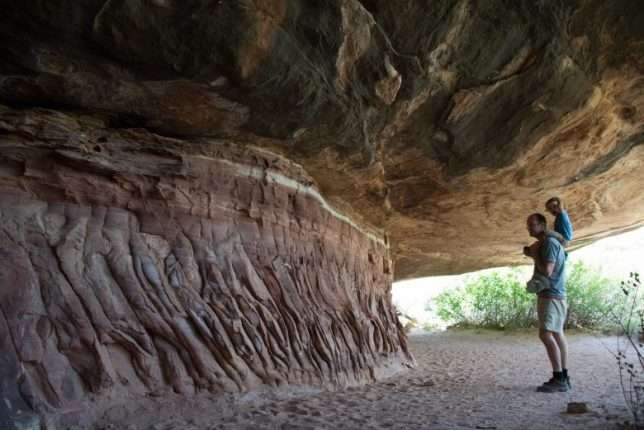 Finally, we had a good time playing the game What Would You Call That as we looked at all the arches, formations, and everything else that received a name.  I have to say that on par, most of the officials names could be more interesting or inspiring.  Granted, the number of these things that people wanted to name dwarf the creativity of even a small group of people and it’s a shame that they didn’t have the internet, because that’s the kind of thing that it excels at (though there would be a lot more names relating to body parts, I’m sure).

Either way, I hope that the following would keep its name, because it’s such a matter of fact yet perfect name that it can’t be anything else but Wooden Shoe Arch. 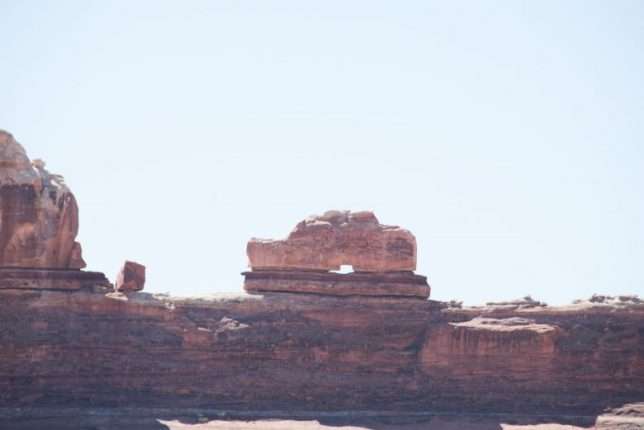