Though New Hampshire had convinced us of the tolerance required for the outdoors, we left Boston for a weekend in Cape Cod anyways.  We learned our lesson earlier, however, and decided on a hotel instead of trying to camp.

While Cape Cod brings the crowds, white people’s hundred’s of years of history in the Northeast mean that historic places are scattered around.  Case in point: The Toll House Inn.

The Toll House is home to the chocolate-chip cookie of the same name.  Legend has it that the baker at this inn ran out of raisins for a batch of cookies and substituted chocolate chips in their place.  Customers loved it so much that the chocolate chip cookies of Toll House soon became well-known, bringing Hershey’s Chocolates in to purchase the recipe.

The actual house burned down in 1984, so all that greeted us was this sign: 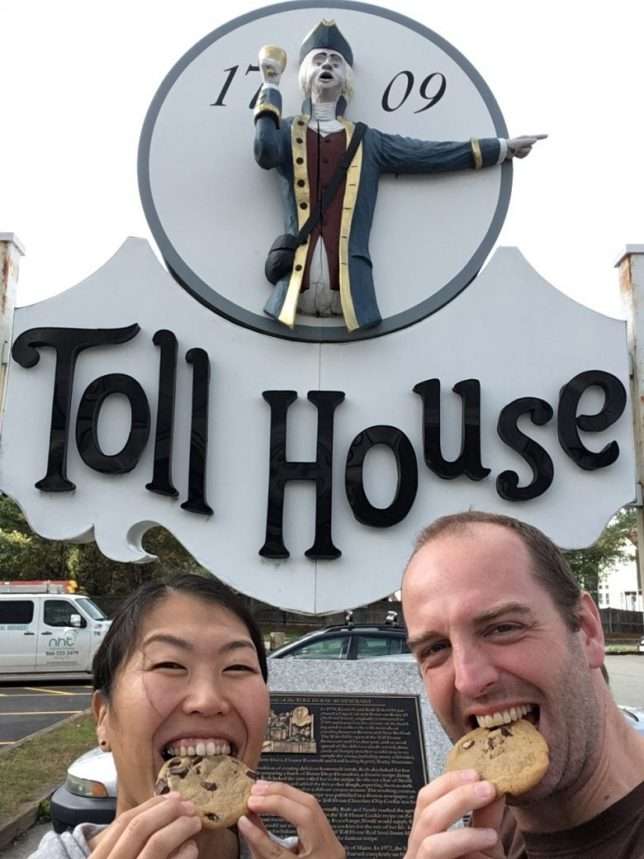 We had to pick up cookies on the way (from 7-11 of all places), but they were much better than we expected.  So score.

The other important stop en route to Cape Cod touts itself as the oldest tourist attraction in America: Plymouth Rock itself.  I’d disagree, but for the US as a country, sure, that works.  A major tourist destination it is, though, and the surrounding town is naturally  filled with restaurants and kitch-peddlers.  Aside from that, it’s a normal seaside town, but bigger due to the rock itself. 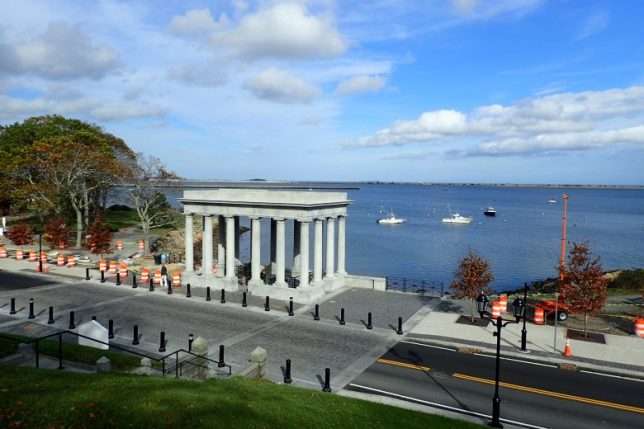 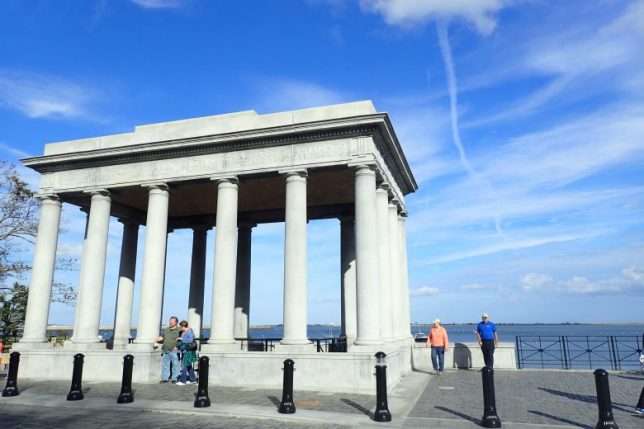 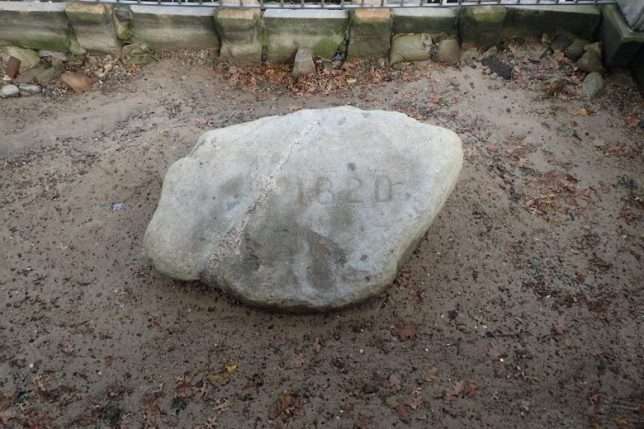 It’s a rock on a beach, but the significance of this rock sunk in as Shiz and I spoke about the history of the US and all that has came about because of this country.  The rock itself wasn’t so impressive as the history of everything that followed it and how you and those visiting with you talk about your feelings.  That’s the main reason to visit, in my opinion.

As for activities with the rock, the description on roadsideamerica.com summed it up best for me: “Most visitors are content to walk around the sand pit on the portico’s elevated platform. Not knowing what to do at an attraction that’s just a rock, they throw pennies at it.” 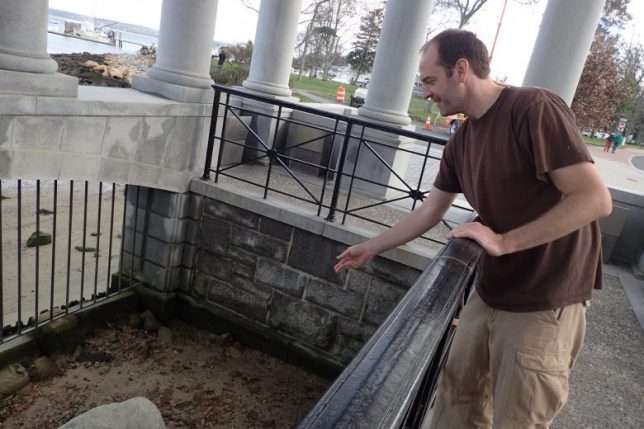 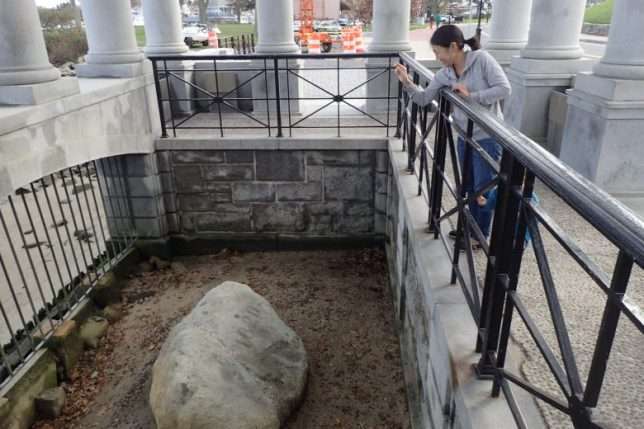 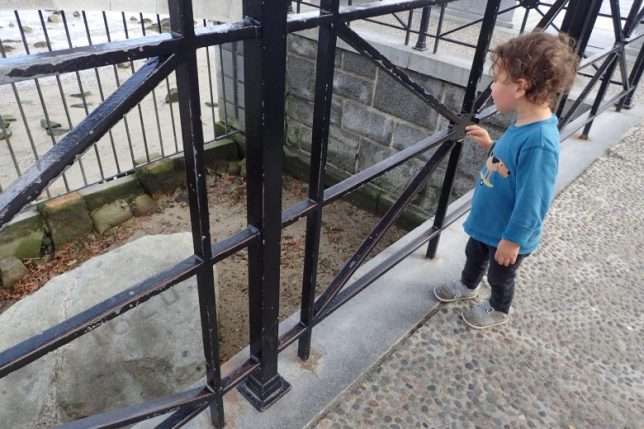 With our tourist obligations filled, we headed onto the cape, driving past closed shop after closed shop on the way.  The cape is just so dependent on the summer tourist rush that I’m not sure I can imagine what Cape Cod is like during the on-season.  In the off–season, it’s like an entire peninsula ready-made for Scooby-Doo episodes.

The off-season also affects the hotel business, of course, which severely limited our options.  As cheap people, that meant that we had to stay at a rather ranky motel.  The proprietress was awesome: full of sass and a total straight-talker, she was sweet and did her best to create a really welcoming place.  The place itself was a little less welcoming, but in an endearing way thanks to the operator.

Either way, it was simply a base of operations to allow us to explore Cape Cod’s most famous draw.

Again, this is the off-season, but the beach was awesome.  Miles upon miles of shoreline that you can drive on (with registration), relax on, people watch, and stroll down.  We found it very relaxing and had a great time.  Fin loved walking down the tire tracks, finding shells, throwing rocks into the ocean, chasing birds, and all those other wonderful things that toddlers do on the shore. 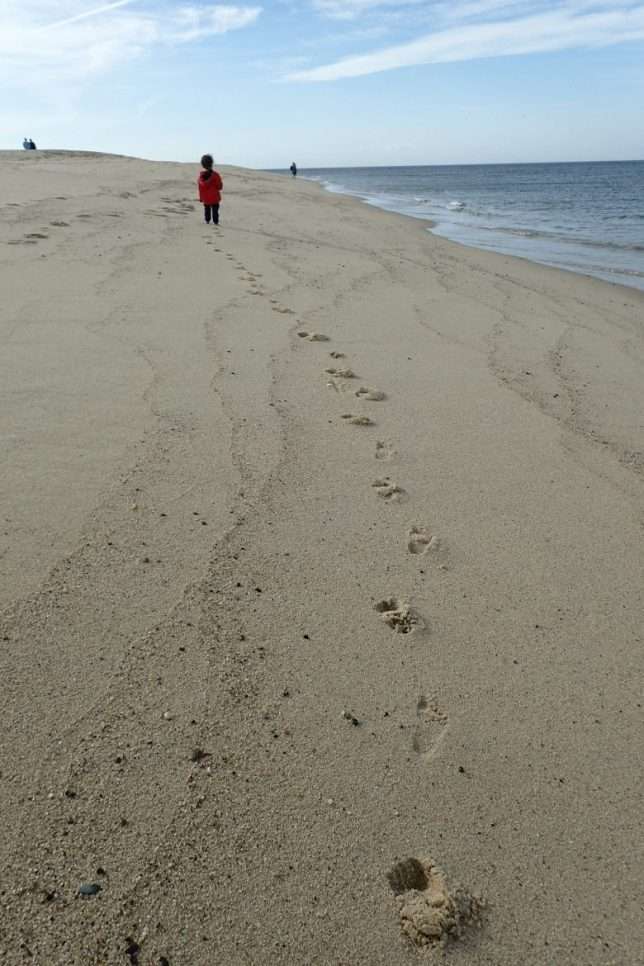 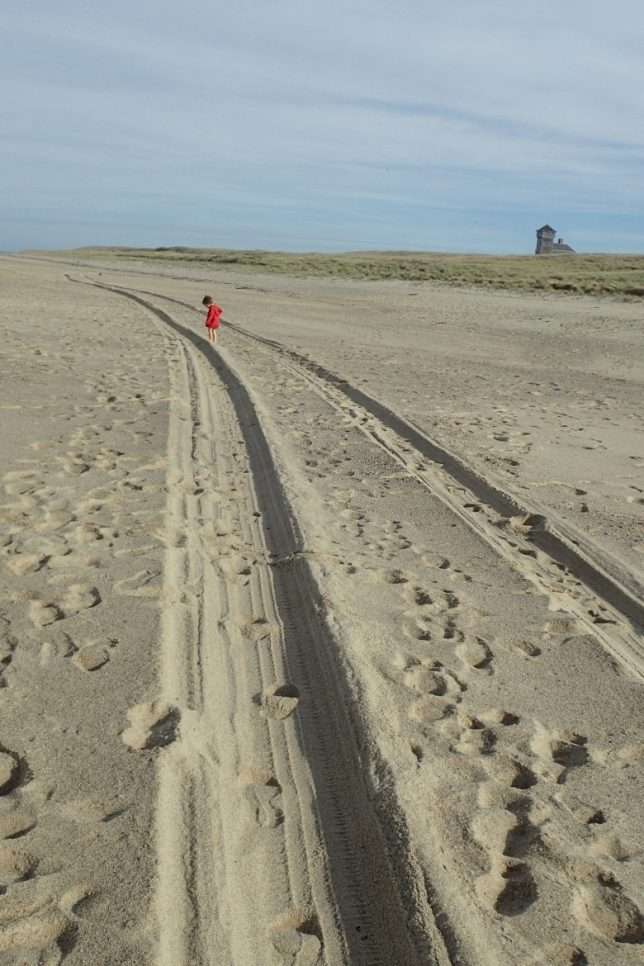 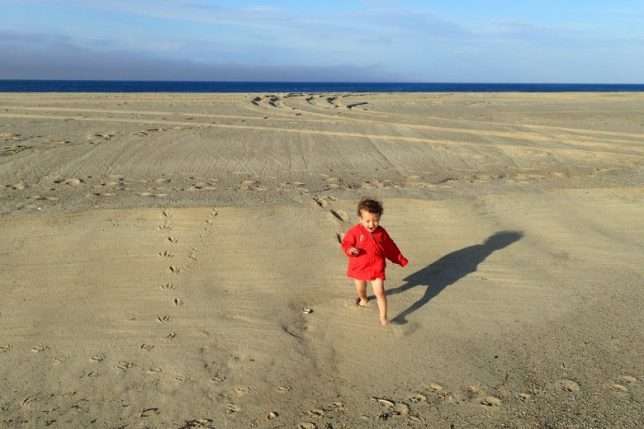 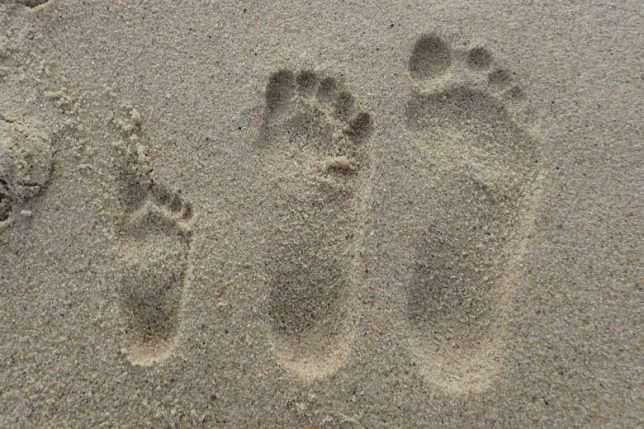 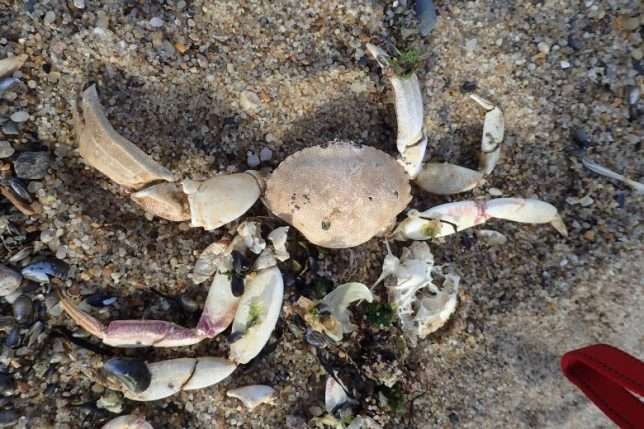 On the way back, we hit up a Cape Cod must: seafood.  We had eaten a crab roll in Maine and as we’re not the world’s biggest crab fans, settled for other seafoody goodness.  The place we went was one of the only restaurants open in the little town we stayed at and it was the kind of place where all the high-school kids have worked at one point or another and know every winter customer by name. 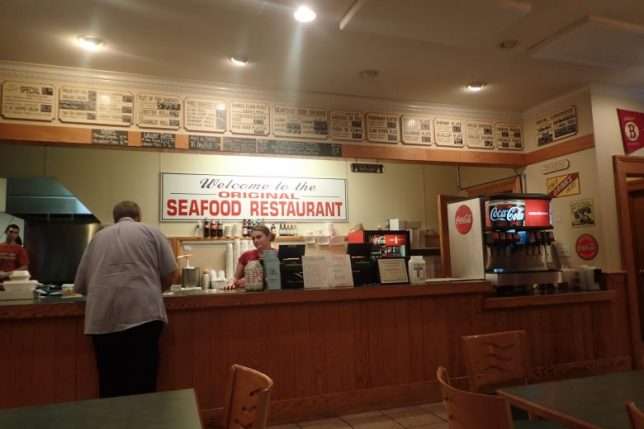 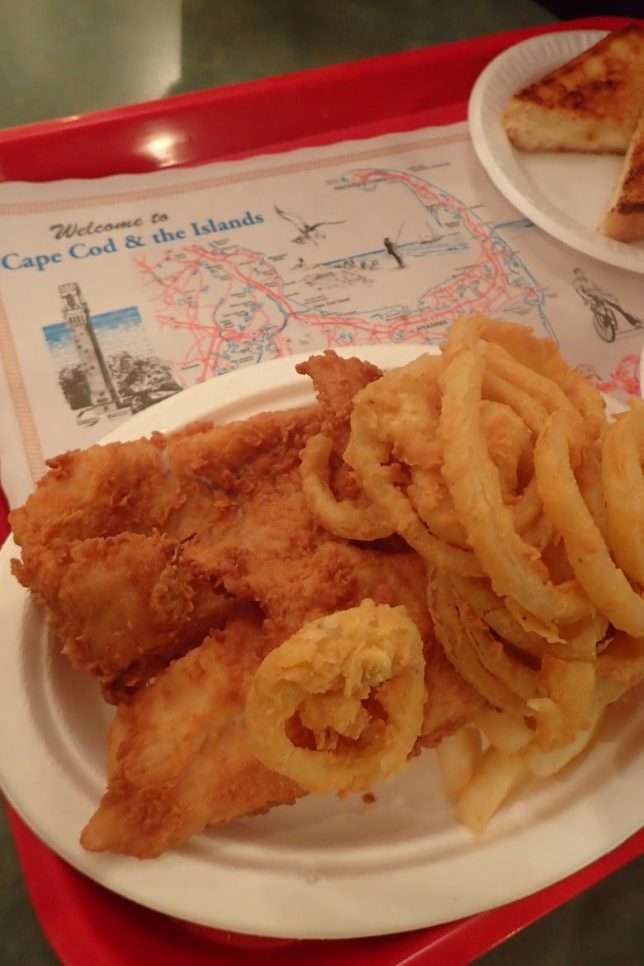 It was pretty damn good, too.

After a couple of beach days and a relaxing weekend on the cape, it was time to move on.  On our way out, however, I insisted on one more stop.

Located in Yarmouth, this is the house that Gorey lived and worked in for most of his career.  Bought with the proceeds from his stage work on Dracula, Gorey lived here, worked here, and ate here day in and day out.  A complete eccentric (read: fur coat every day, ate at the same diner for lunch every day, owned six cats but never seven), Edward Gorey has been one of my favorite authors since I was a teenager.  The art style and the completely bizarre story arcs speak to me in a way that just makes me happy. 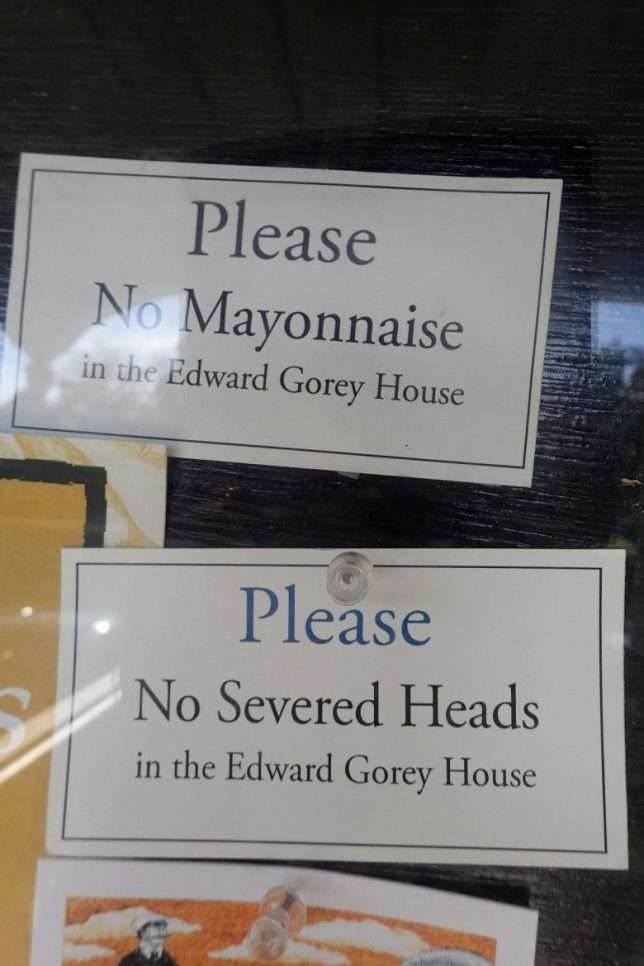 Graciously, his house carries on the spirit of the man.  An avid collector of anything that he found interesting, the Edward Gorey house displays a very small number of artifact related to the author.  They just wouldn’t have room for everything.  The displays and guides do a phenomenal job of giving you a hint of what his daily life was like, since he was such a recluse that few people really knew.

The guides here are passionate about Gorey in a way I don’t understand – and I really love this author – and the house it both informative and fun.  For example, visitors are given a pamphlet with the 26 drawings of his Gashlycrumb Tinies and told to find them hidden throughout the house.  It’s those little touches that made the tour and visit enjoyable.

If you don’t know Edward Gorey, go get some of his books.  And then go tour the house. 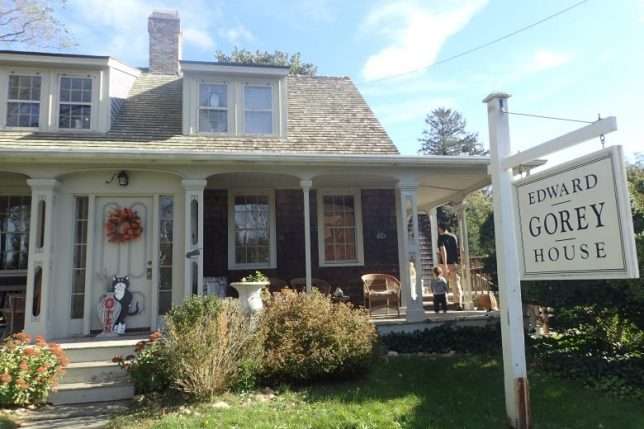 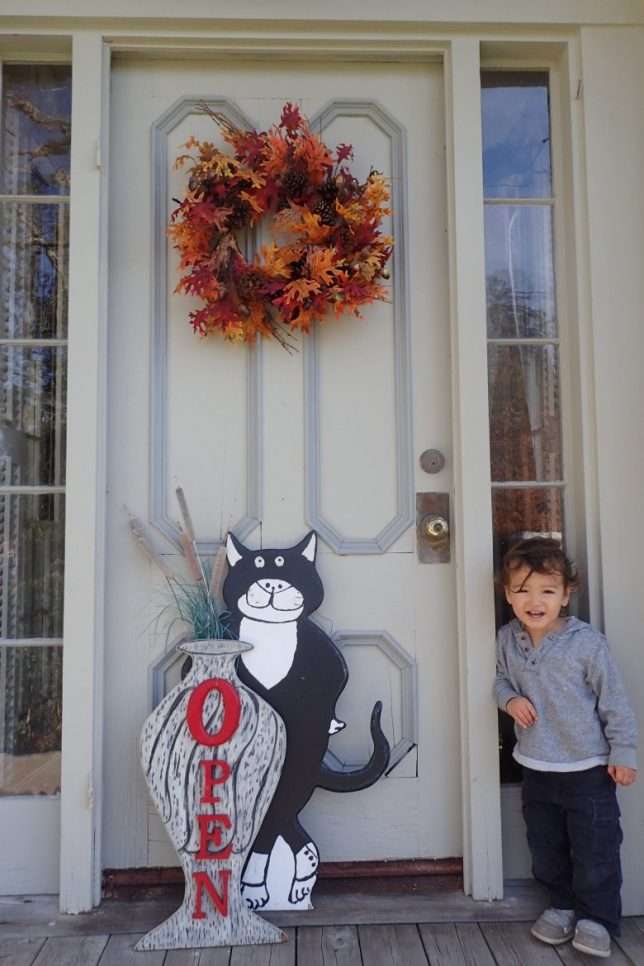 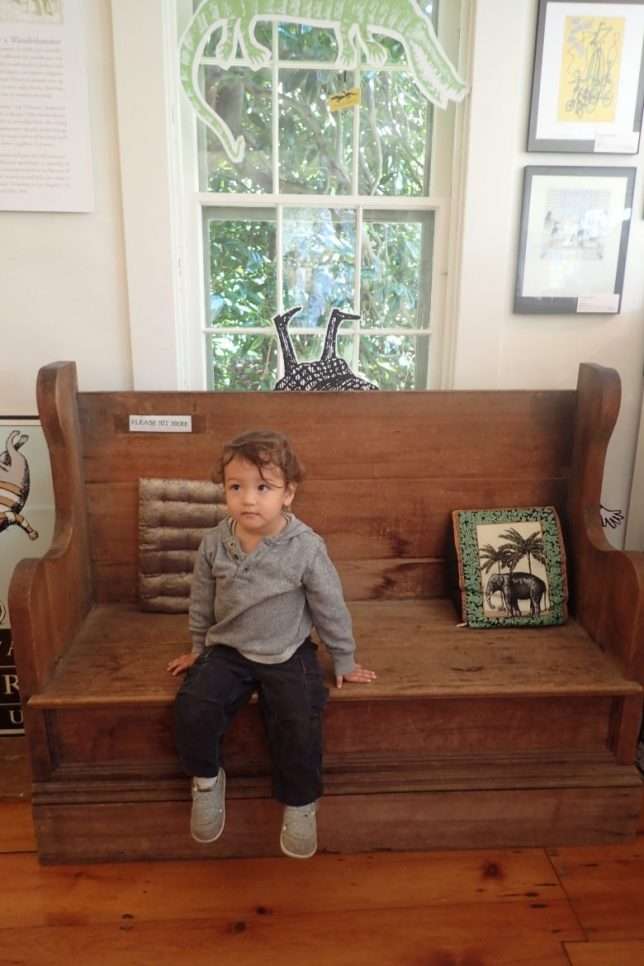 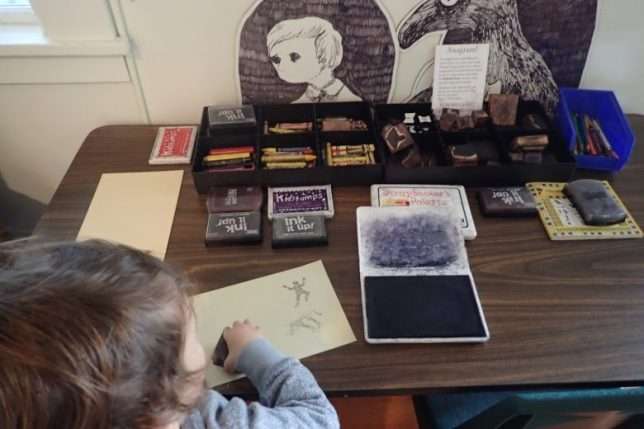 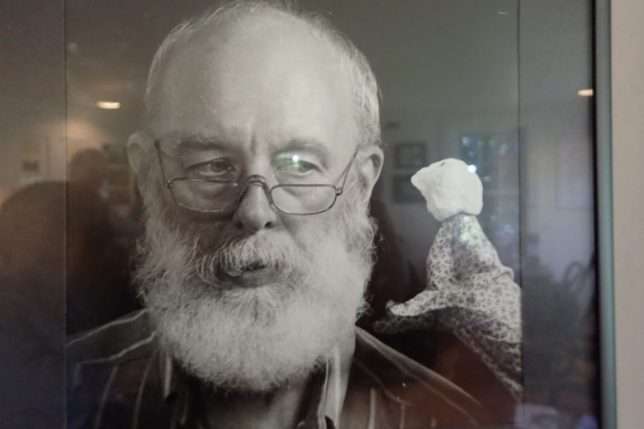 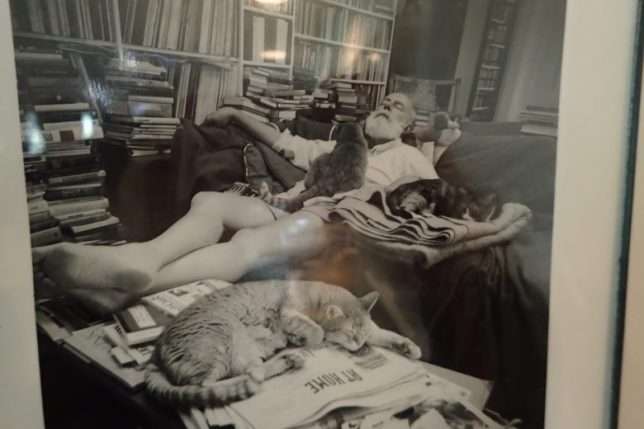 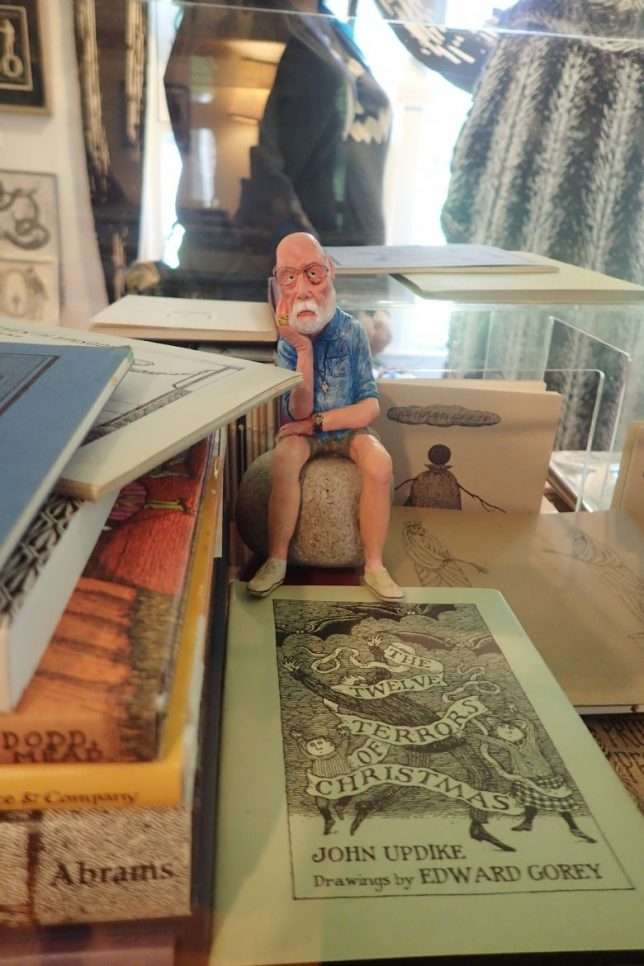 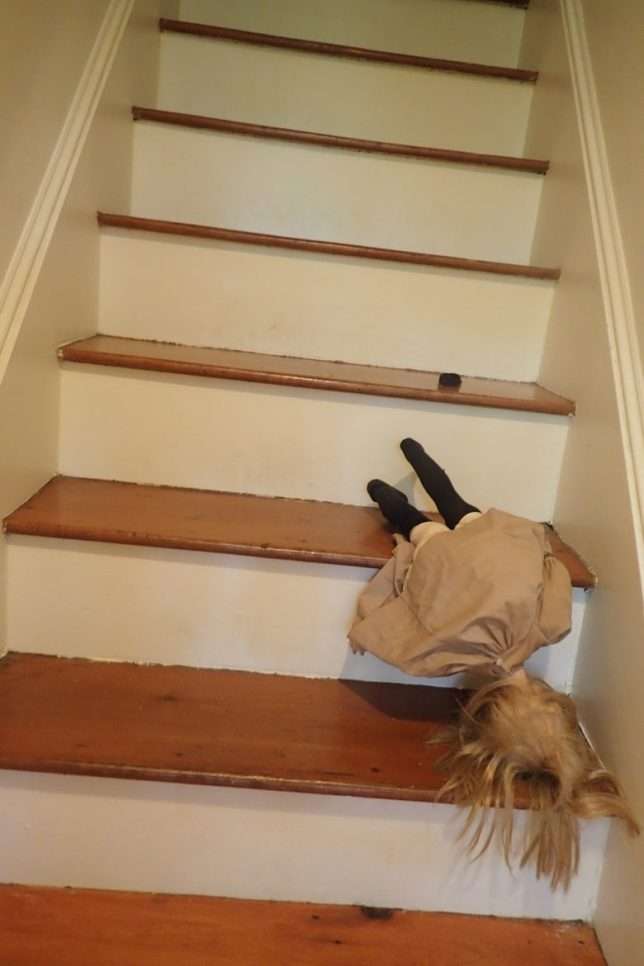 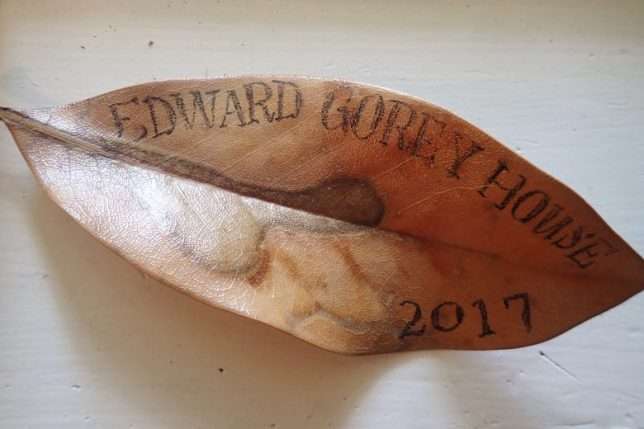 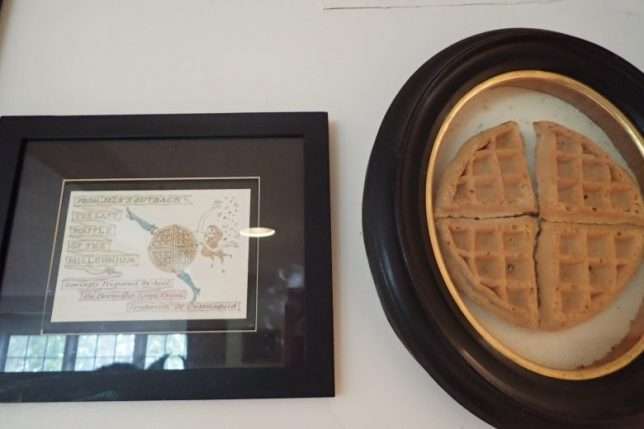 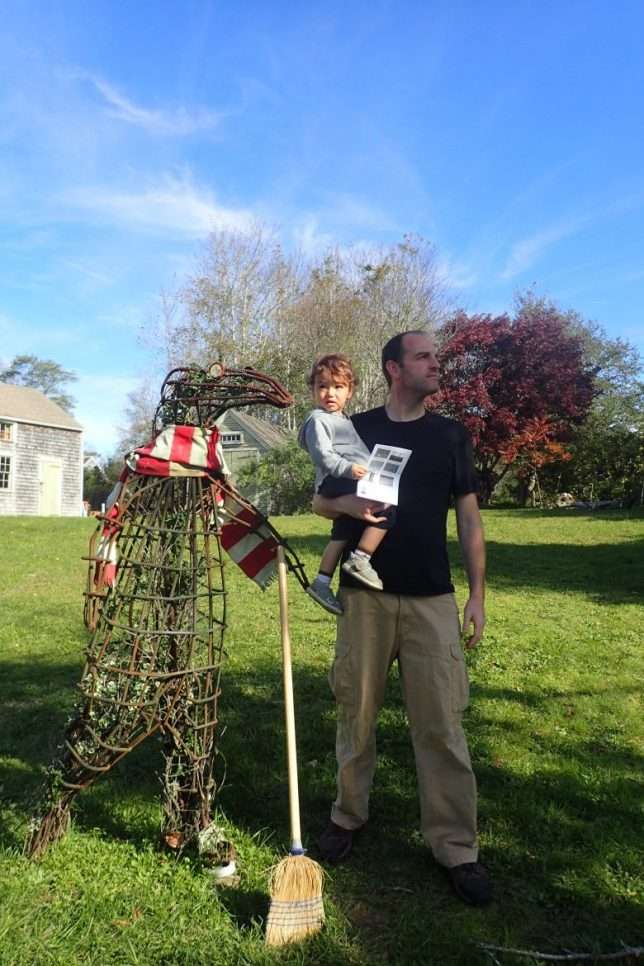