I’m Not Stiller, Either – Carlsbad Caverns

After Austin, time restraints unfortunately made us have to skip Big Bend National Park (a huge disappointment) and burn rubber through Texas.  We did, however, earn a boondocking badge of honor by staying in a Walmart parking lot in the middle of nowhere, so all was not a loss.

As we entered New Mexico, we began the climb up towards the Colorado Plateau, a geological feature that I had never realized played such a dominant role in the Southwest.  Basically, it’s what makes the whole Southwest amazing and we climbed up and up and up without ever entering onto it proper.  We climbed and climbed and still weren’t even at the doorstep.  The road did level off slightly, however, allowing us a wonderful view looking back East over Texas once we reached the parking lot of Carlsbad Caverns. 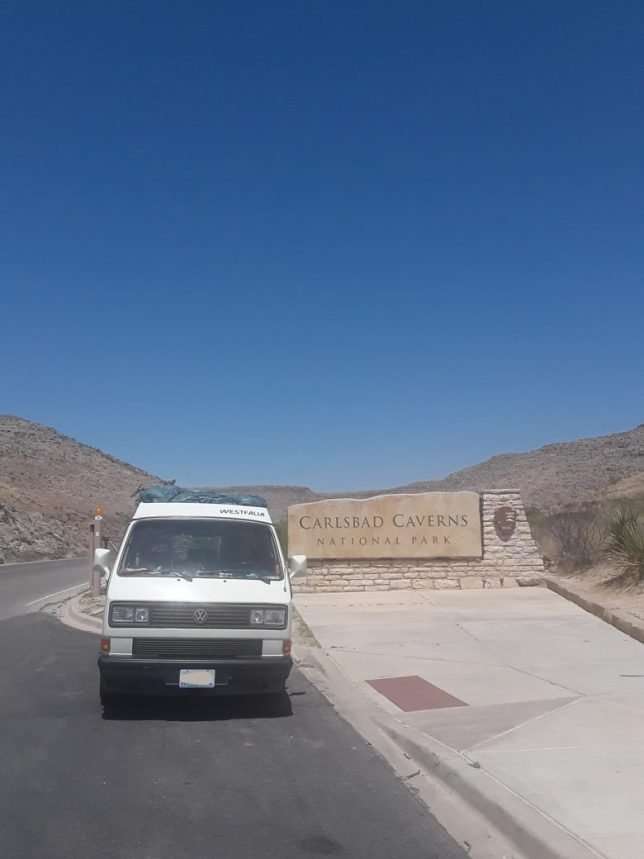 The main cavern is self-guided and speckled with wonderful amounts of information.  Though everyone comes for the caves, those who stay to nightfall can sit in a very nice amphitheater and see bats leaving the caves to go try to put a dent in the inconceivable amount of bugs this planet hosts.

After that, the descent into the cave begins in earnest, as you walk down, down, down, and then down again (it’s about 230 meters down).  After all the climbing we did to get here, it felt a bit odd to do it, but it’s a cave after all. 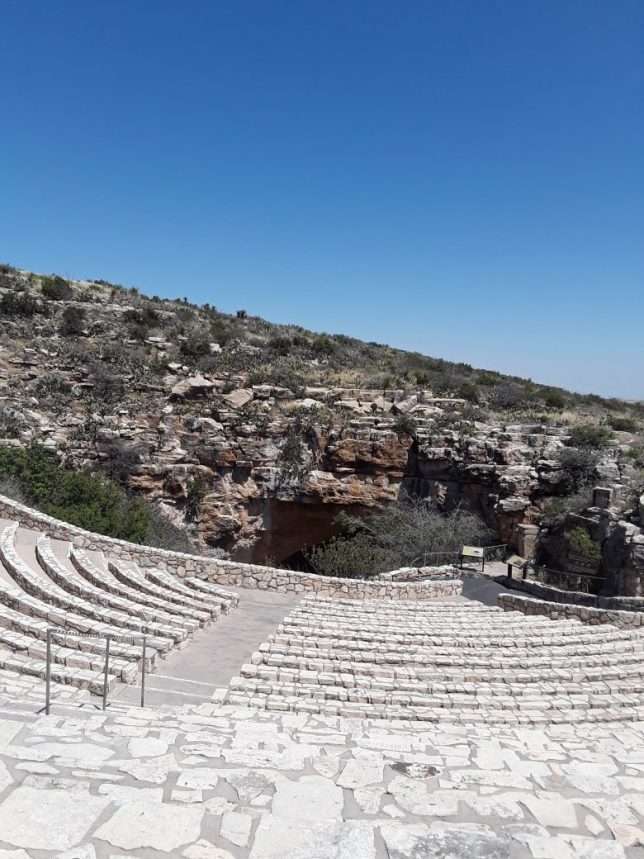 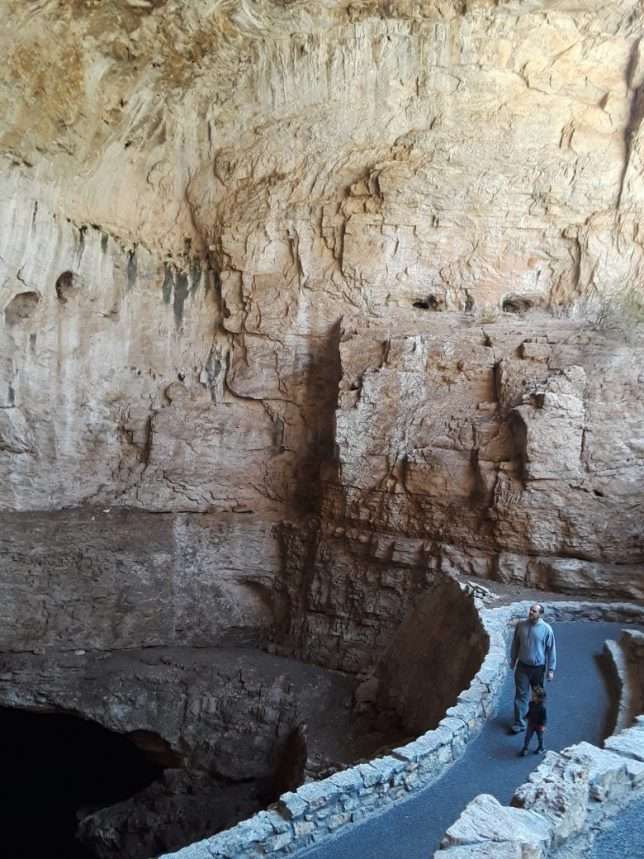 Now, we love caves, and Carlsbad is no exception.  We’ve been in all kinds and there’s something about Carlsbad that feels perfectly, well, cave-like.  Lava tunnels are nice and long, though short, but the erosion around Carlsbad created towering, massive structures that makes you want to fly a plane through them (and then die in the crash, because that’s a horrible idea).  Point is, Will Rogers once called Carlsbad the Grand Canyon with a roof over it and you can see why he said that.

The descent was steep, but once you reach the cavern floor everything levels out.  Since the cave is self-guided, you can walk without worry and really take your time to see and be in this massive, amazing place.  There’s even a bathroom for goodness sakes.

Though it might be a tad out in the middle of nowhere much, it’s such a lovely place to be. 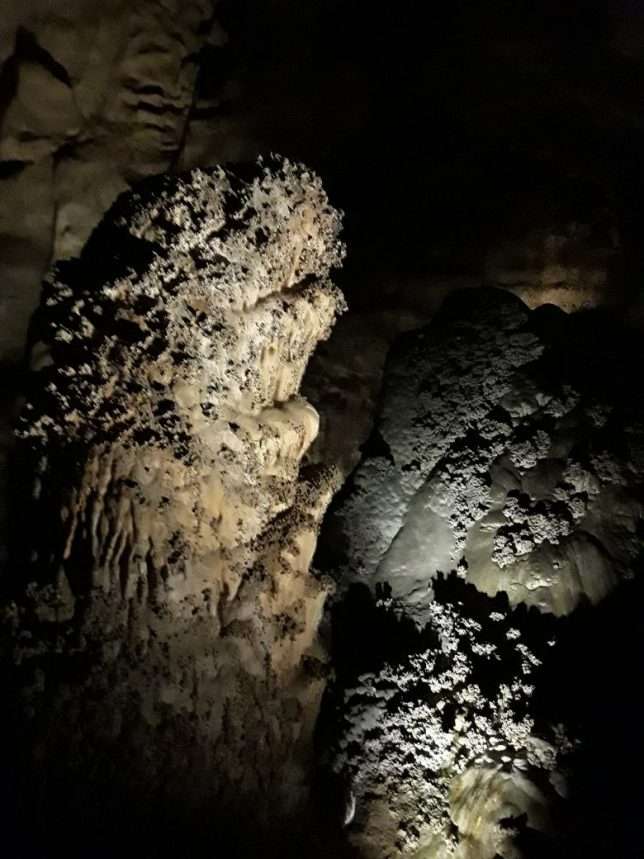 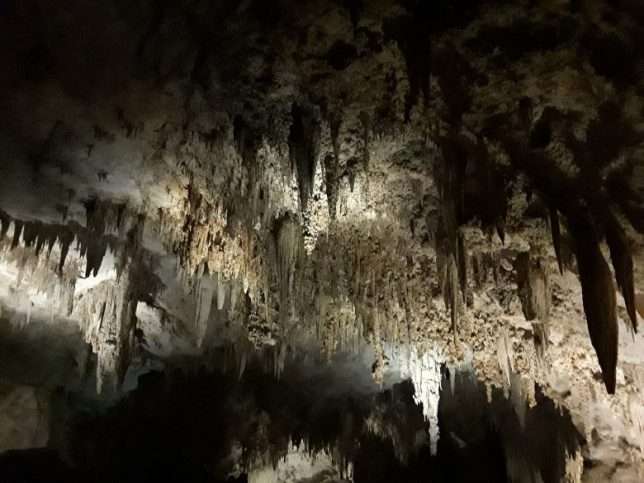 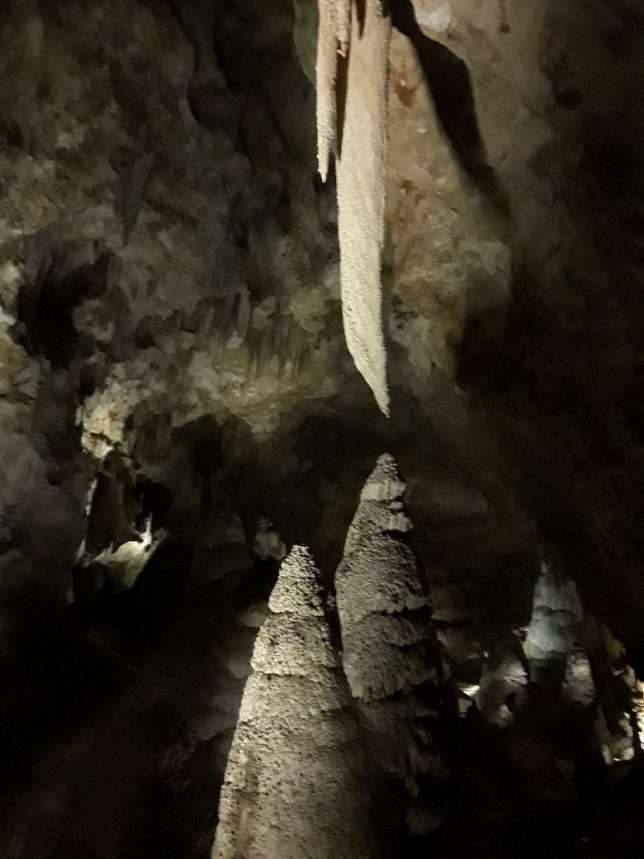 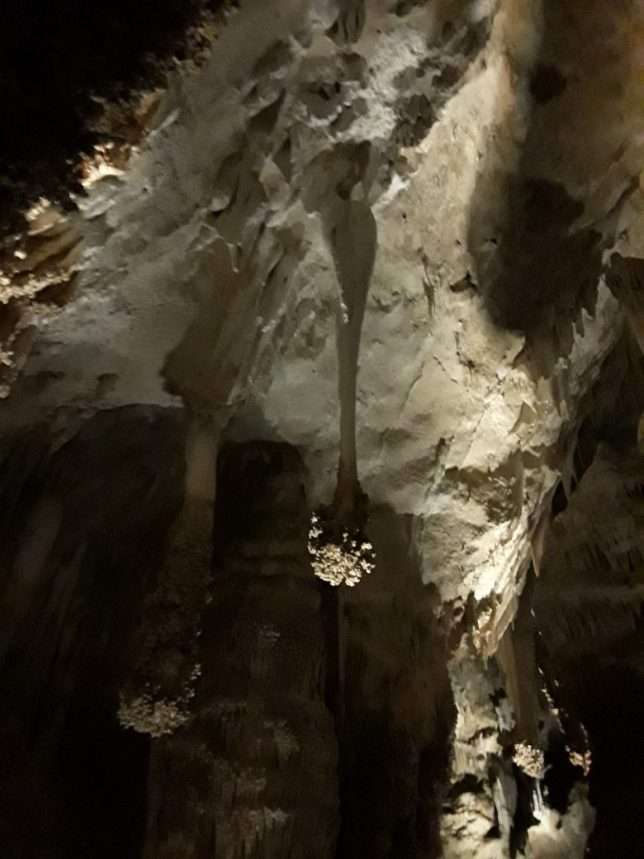 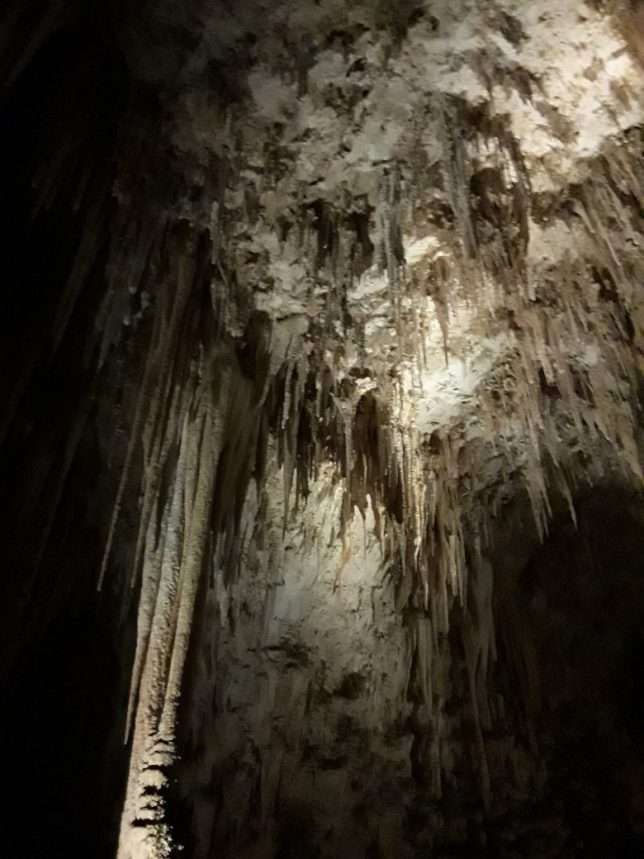 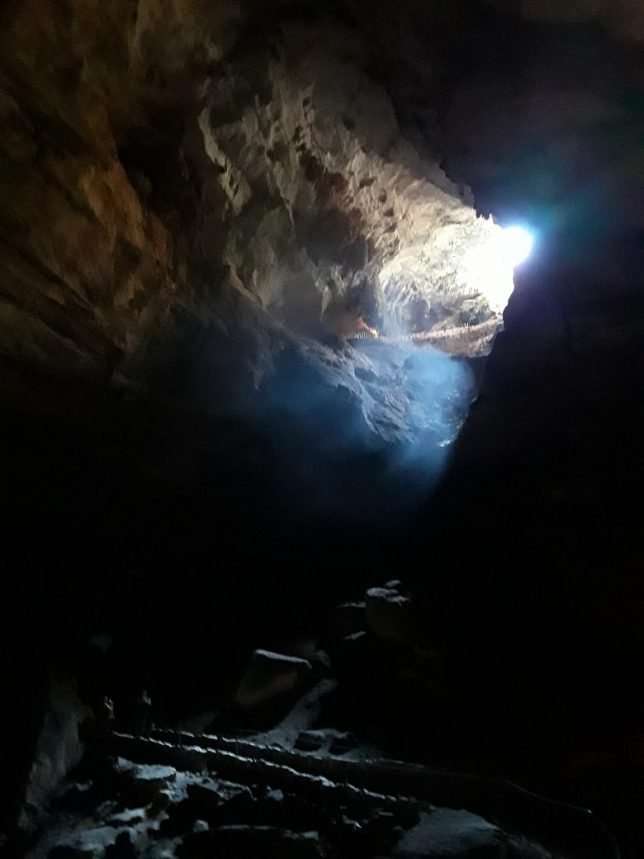