Part of the reason we stayed in Thermopolis for four days was to leave on a Saturday and catch the Cody Powwow.  It’s been over a decade since I’ve been to a powwow and Shiz had never been, so we couldn’t pass on the opportunity to learn more about Native American culture, watch some dance, and hopefully eat fry bread.  I’ve been listening to History on Fire‘s excellent podcast series on Crazy Horse, so it was doubly appropriate to see some of what has been preserved.

On the way to Cody, however, sits the Legend Rock Petroglyph Site.  A small, easy-to-miss site, this tiny canyon houses some carvings from as long ago as 11,000 years prior to now.  Volunteers primarily staff the site, so chances are that no one will be there when you arrive.  No one was there when we arrived and no one was there when we left.

On the way to the trail you can pick up a one-page tri-fold on the pictrographs with some descriptions and graphs to help.  The trail is numbered to help find each area, which helped a lot.  The information and site is really well laid out and definitely worth stopping by in you are going between Cody and Thermopolis. 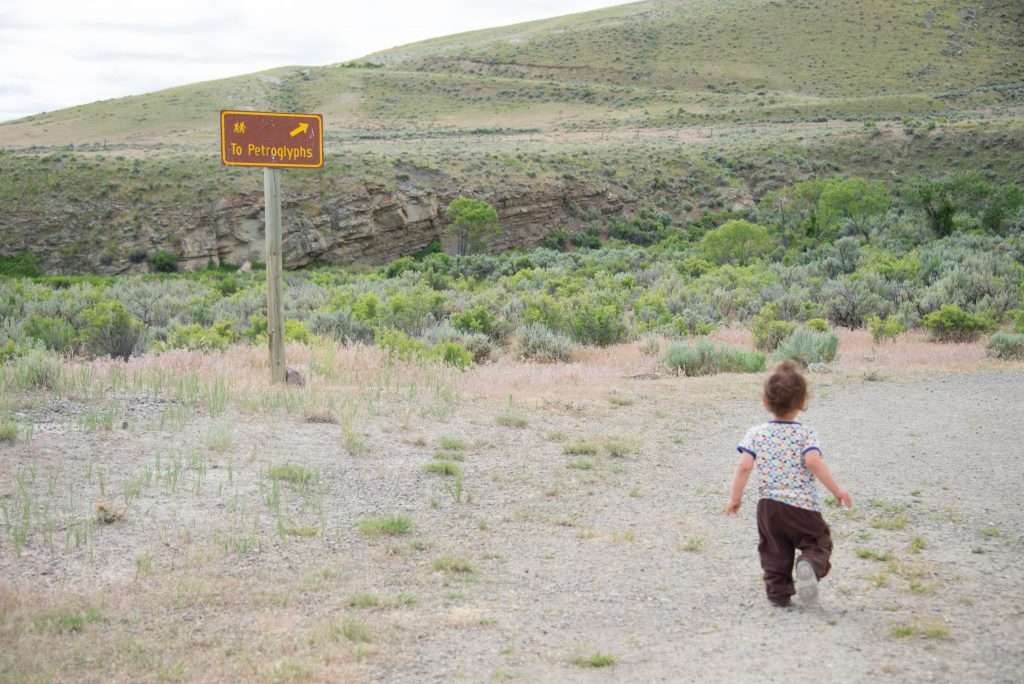 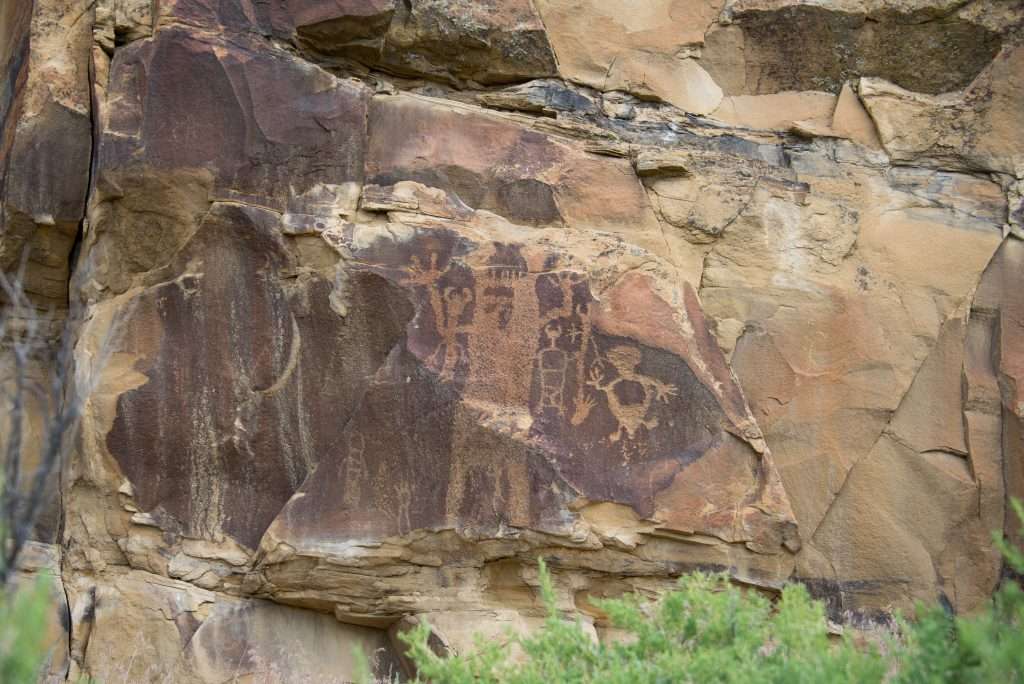 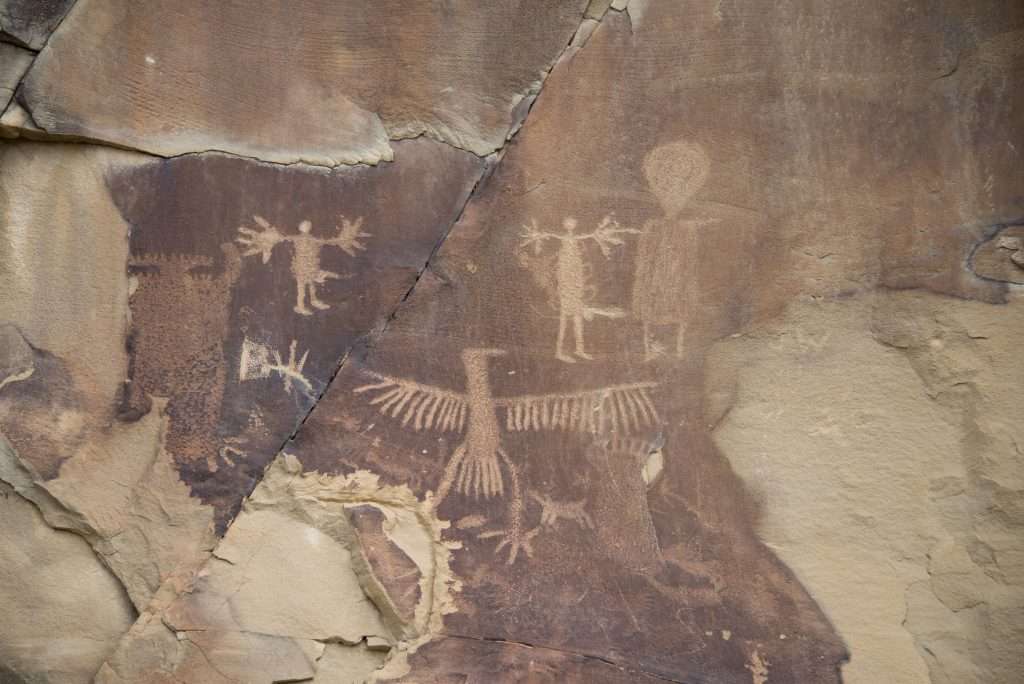 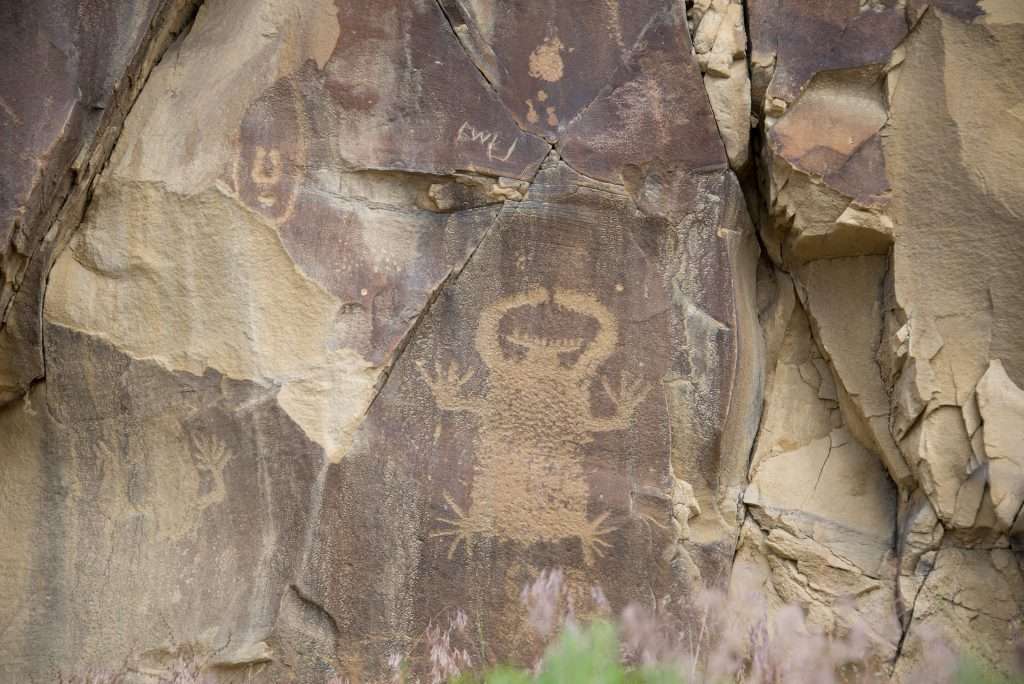 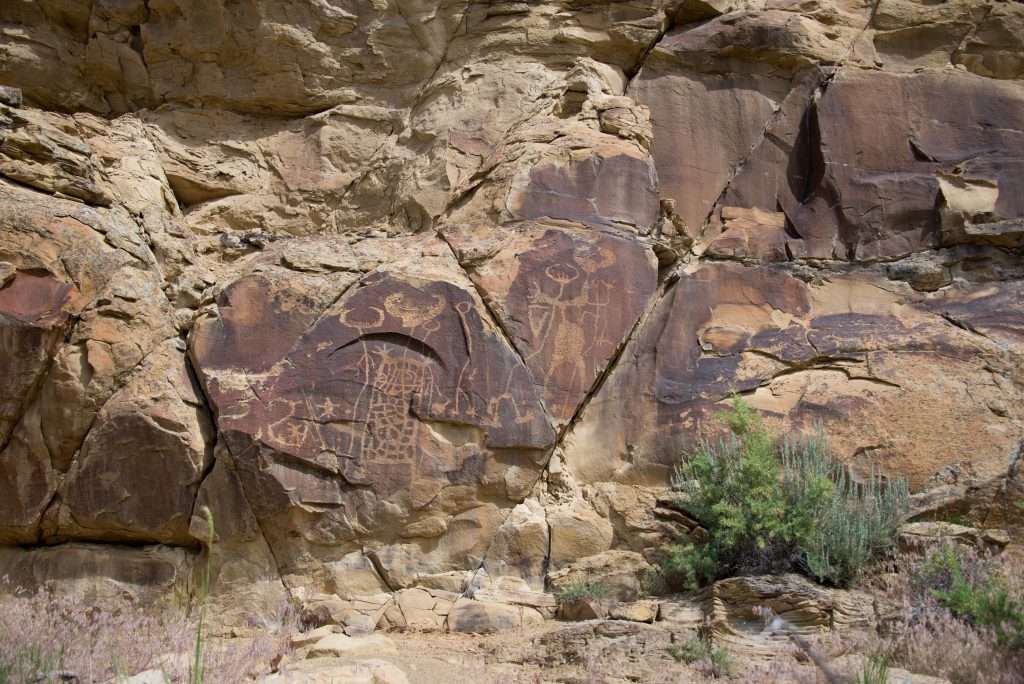 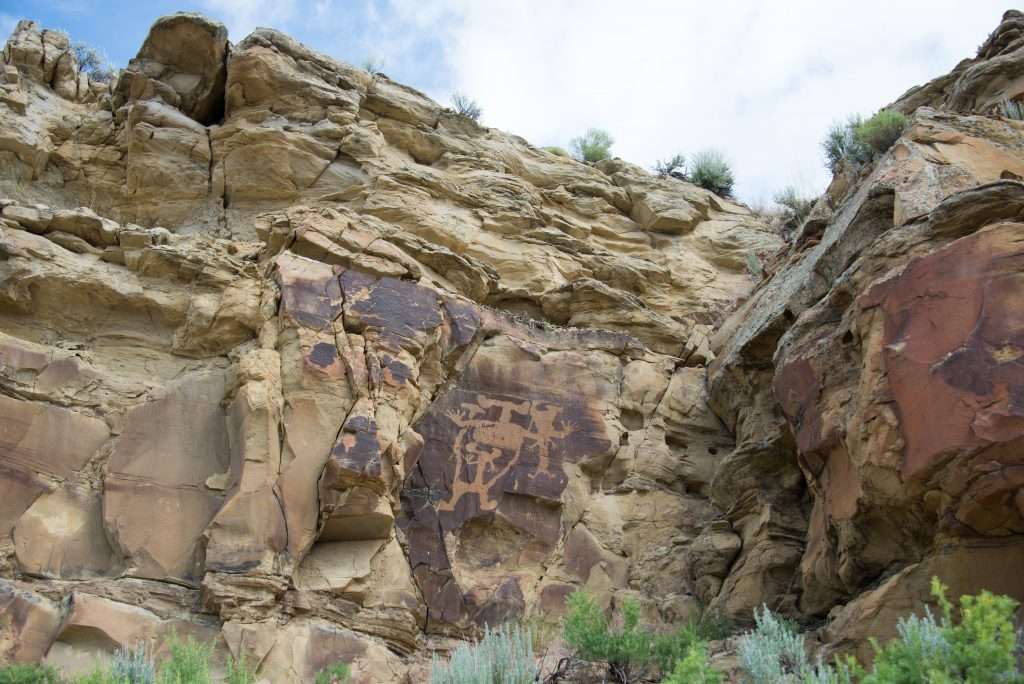 Finding the powwow was not hard.  The field is located right next to the largest museum in Cody and the biggest tourist attraction in town, so parking was ample and sat as an endcap to downtown.  Sun graced the sky and dancers graced the field.  The costumes ranged from tame to bold, the colors from natural to neon.  Seeing the variety of style and dress, especially as people danced, really struck a chord in me.  We saw dances that ranged from the subtle to the high-tempo and everything in-between. 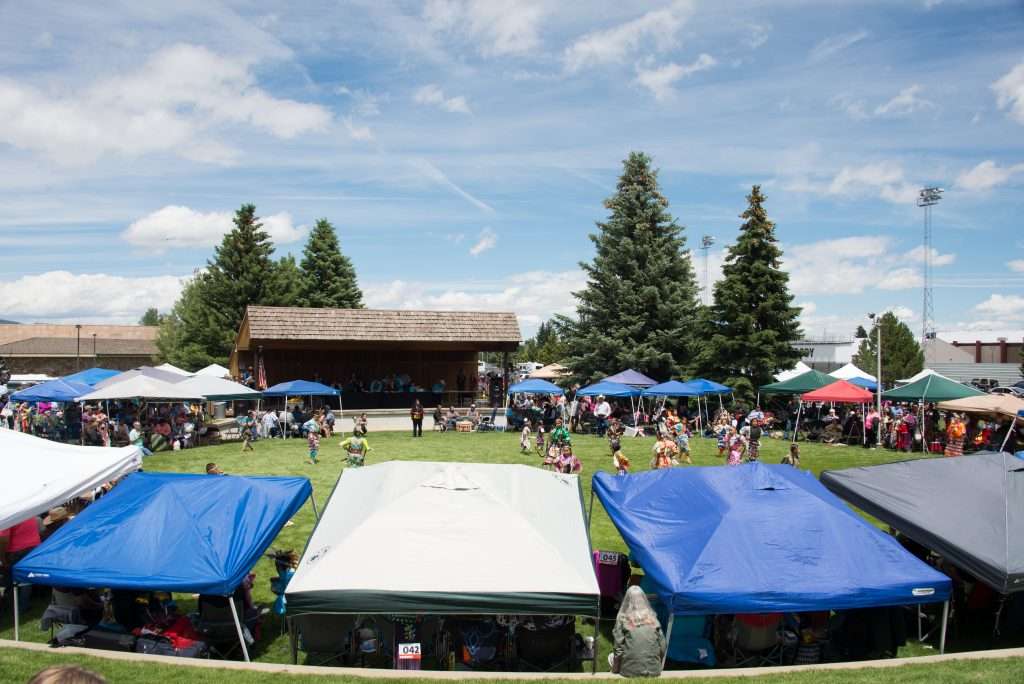 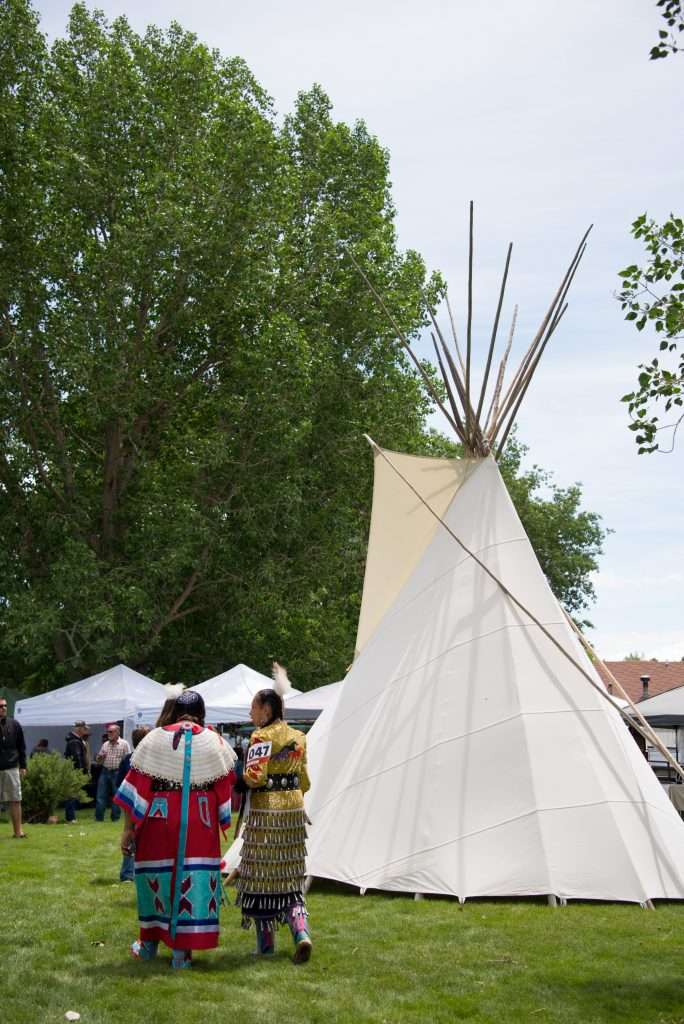 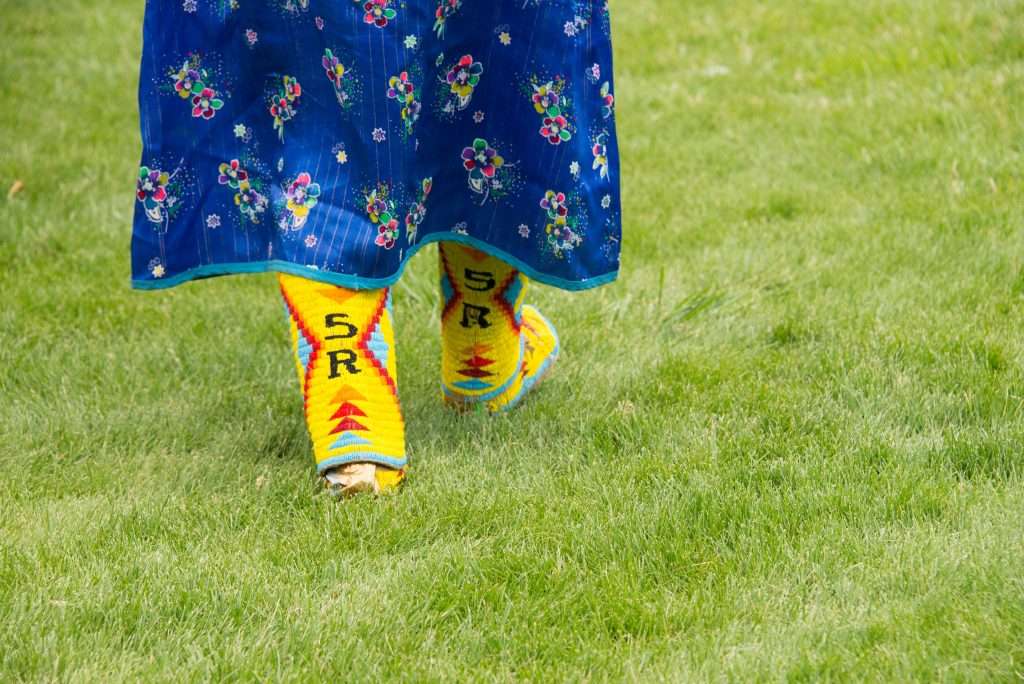 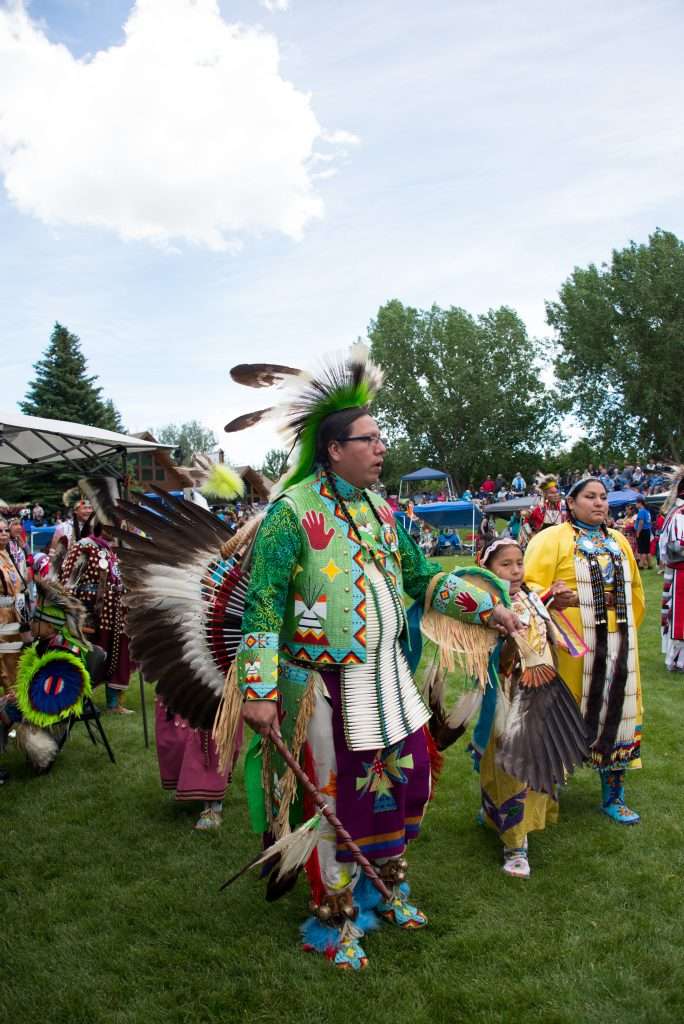 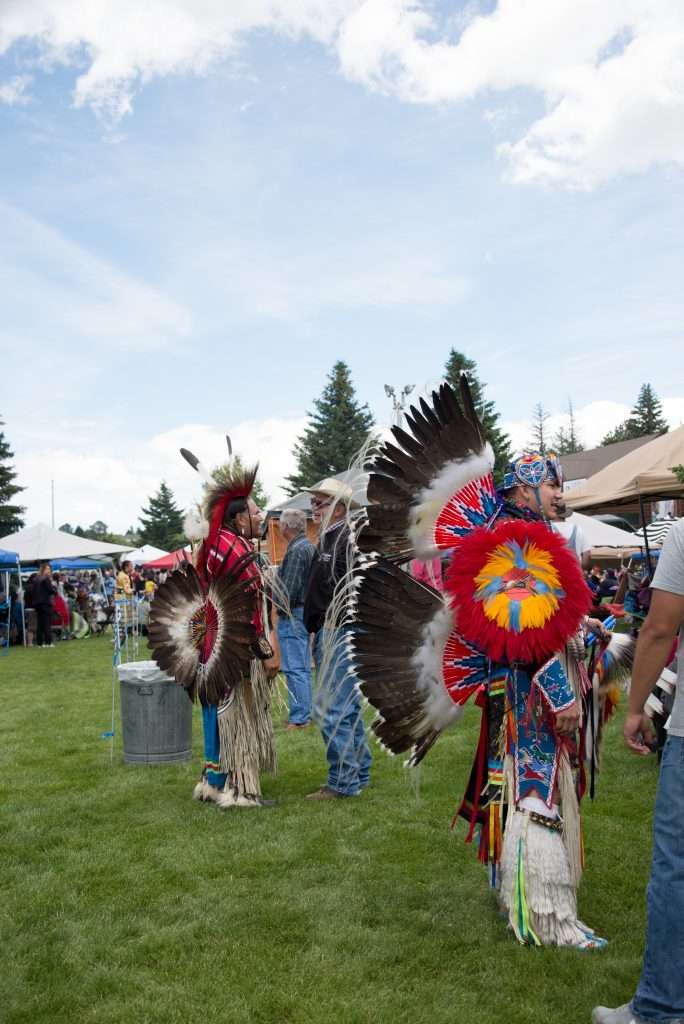 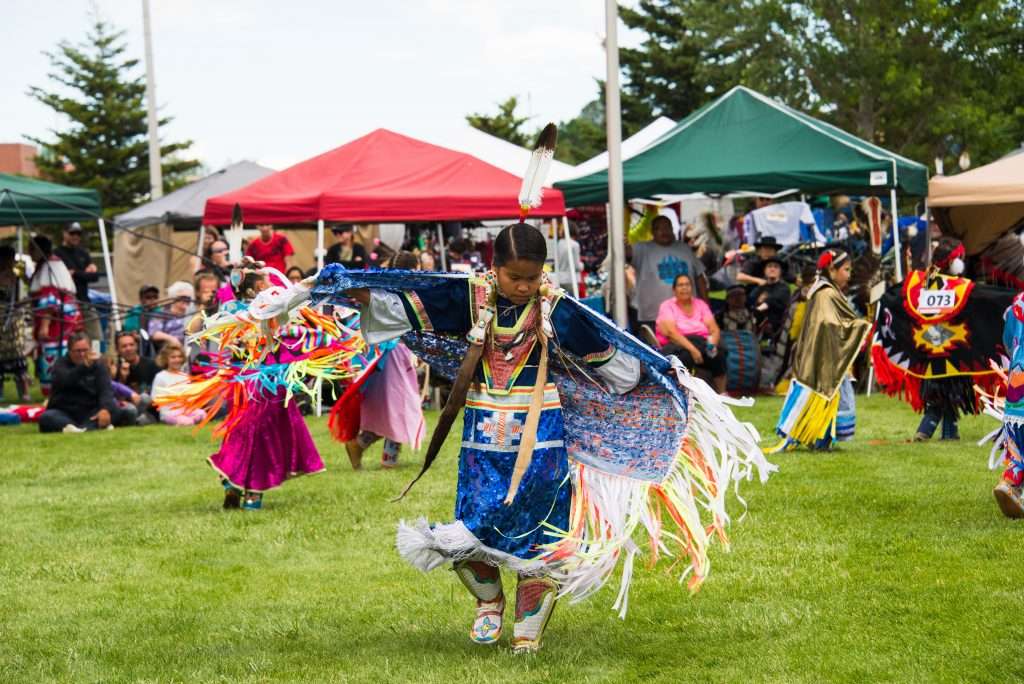 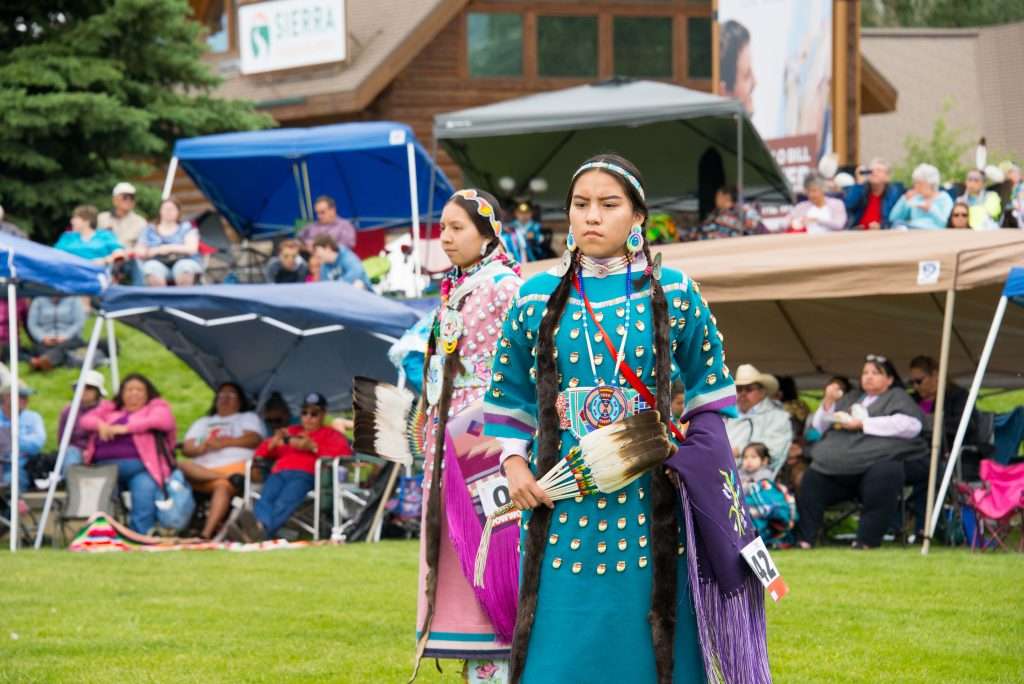 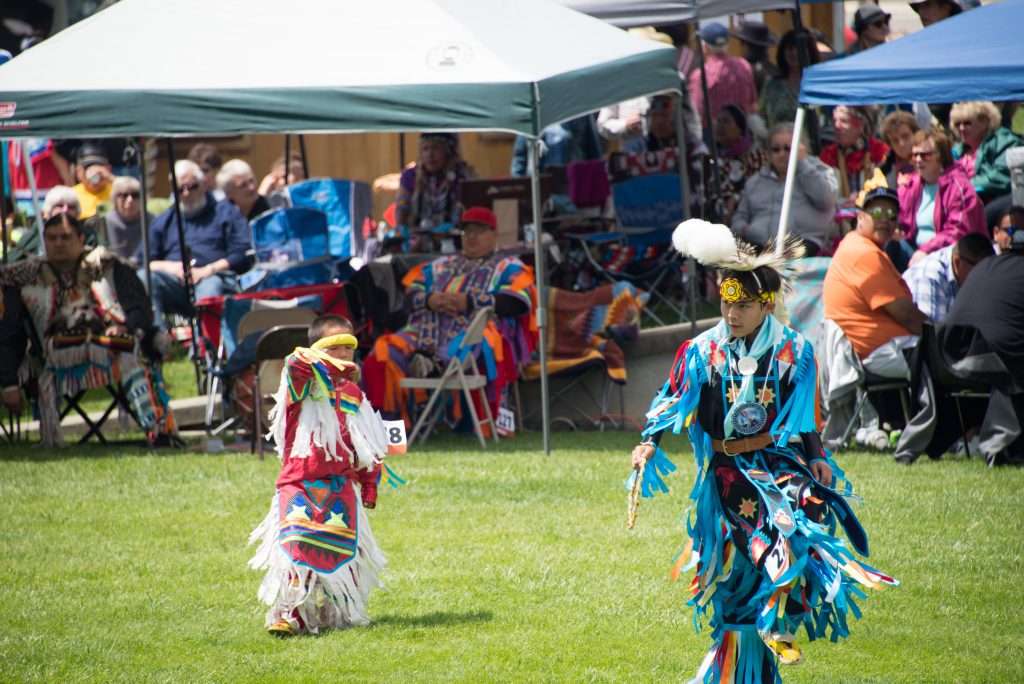 The organizers set up an answer tent where someone from the Oglala tribe (same tribe as Crazy Horse) sat down to answer any questions we had, whether it be on teepee construction, the powwow, Native American society, or anything related to Indian life.  She was awesome and had so much to teach; I wish we had had more time to ask questions but Fin decided he had had enough sitting after a while and we had to leave.

Fry bread was available, but it was the only food option save for kettle corn.  As such, were there city blocks in this park it would have stretched for one full one.  Either way, the wait was a good 45 minutes, if not an hour, so we passed.  There will be fry bread in our future.  There must be.