Our minds blown like so many shards of obsidian, we crossed into Oregon, just one state away from home.  The first stop on the list: Crater Lake, where my mother took me as a child.

The fires tearing through California and Oregon were wreaking havoc throughout the West Coast, creating many of the same problems that we saw in Colorado.  Thought fires raged very close to Crater Lake, none had yet to affect the park , so we were able to ascend the crate and gaze at the lake.

What we could see through the haze, that is. 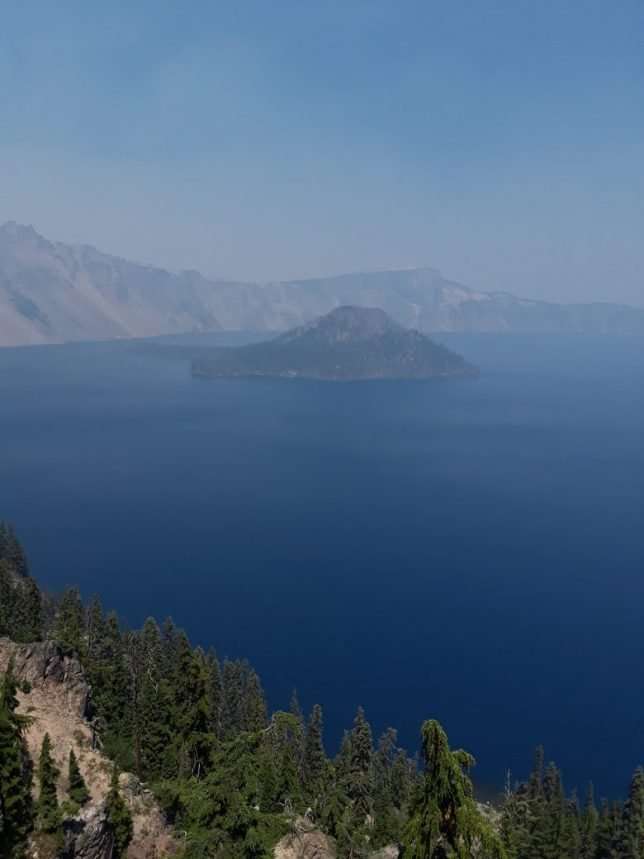 Haze from the fires blanketed the lake, and though we could see it, it clear wasn’t the first word to come to mind.  The haze became worse as the day progressed, so much so that by the time we left it was just possible to see the opposite rim through the haze. 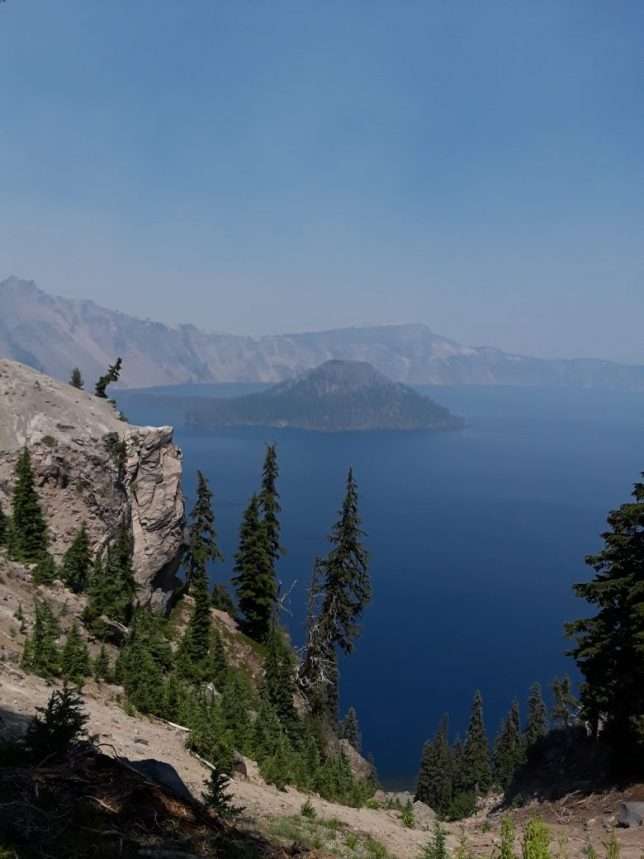 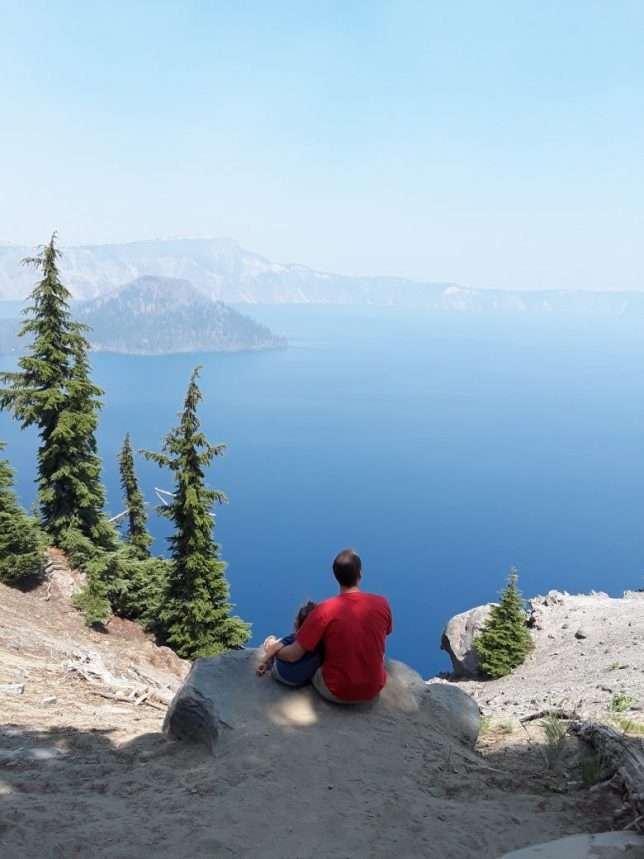 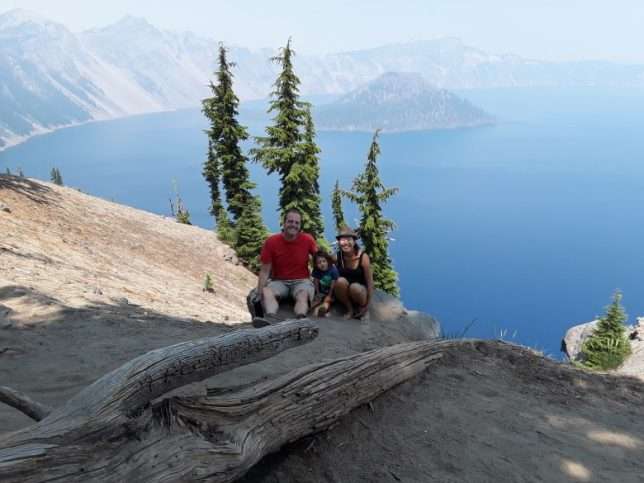 The hazee and the fires made choosing a campsite tricky.  That obviously wasn’t the biggest problem for the area, but it was one we faced that night nonetheless.  We found a spot on top of a rocky mountain that provided a great view of the surrounding area, which is why the rangers deployed a team there to keep an eye on the fire.

We were find to camp, but it was strange to spend the afternoon camped with the rangers so close.  They were really cool guys, though, and the spot itself was gorgeous. 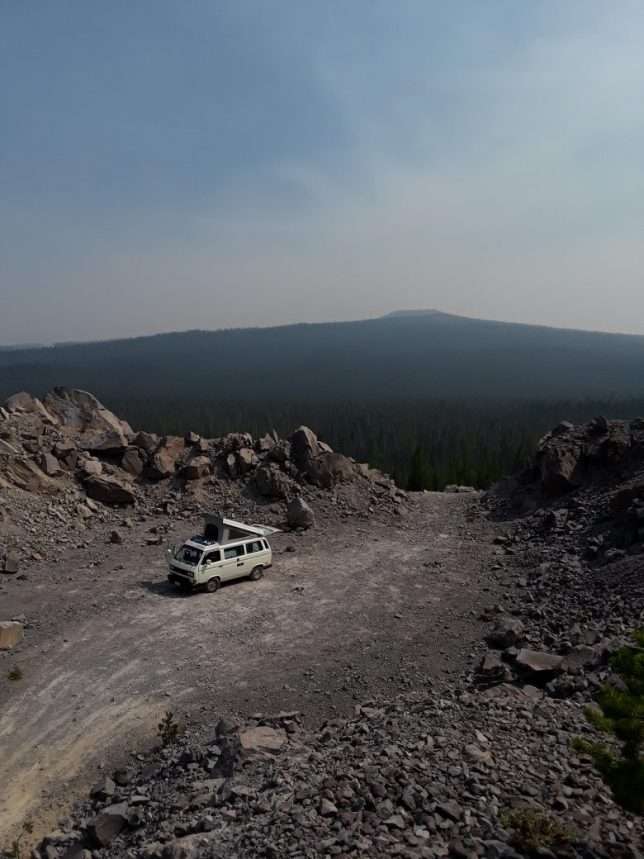 With the fires, we didn’t want to stay too long, so we left the next day to head to Bend to meet up with some friends.

All in all, though, I’d like to go back on a sparklingly clean day and see that blueness shine.