After the majesty of Castle Gardens, we prepared for the long drive East across a lot of Wymoing with not a lot there.  Well, not a lot there in terms of attractions, but we did pass through the wonderful Bighorn National Forest, a drive that showed us sheer clif-faces, commanding views, and graceful trees.

After that, however, there is nothing.  Lots and lots of nothing.

Our schedule allowed us just not quite enough time to reach Hulett, the closest town to Devils Tower, so we stayed in Gillette for the night before taking two days to relax in Hulett and see the Devils Tower.  Hulett is a small town with little to offer, but it does make a good base for Devils Tower.  Of course, Devils Tower takes all of one afternoon, so two days proved to be a bit of an overkill, especially as we had to drive past Devils Tower to get there, shielding our eyes and pretending not to see the 800+ foot tall pile of rock next to us.  It wasn’t easy, but we did it.

Safely in Hulett, we checked in and spent the next 15 minutes seeing the entire town. 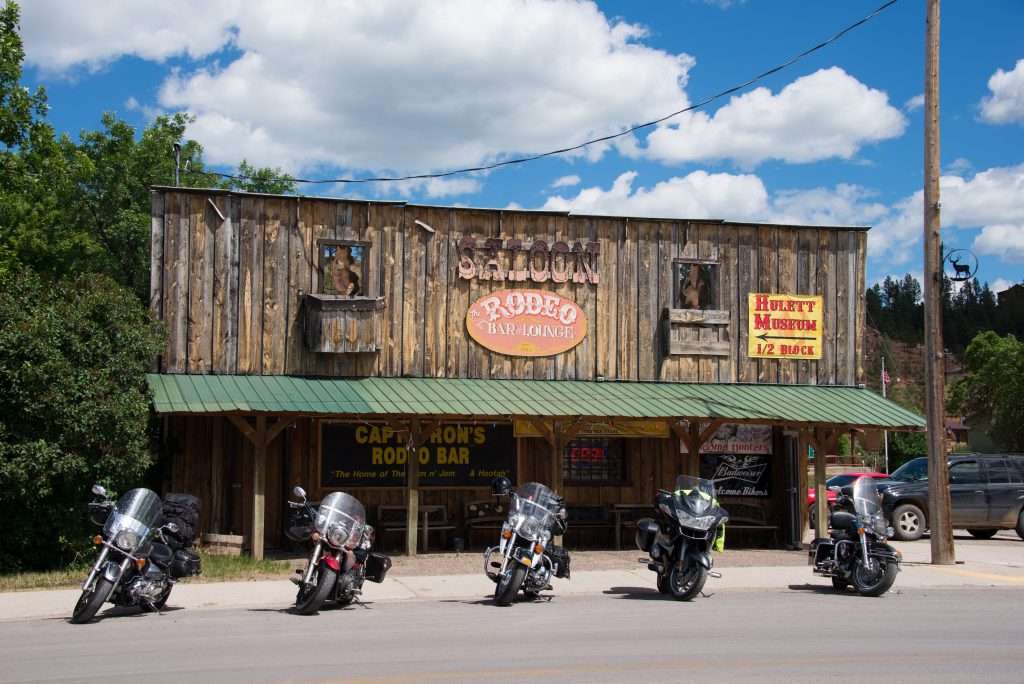 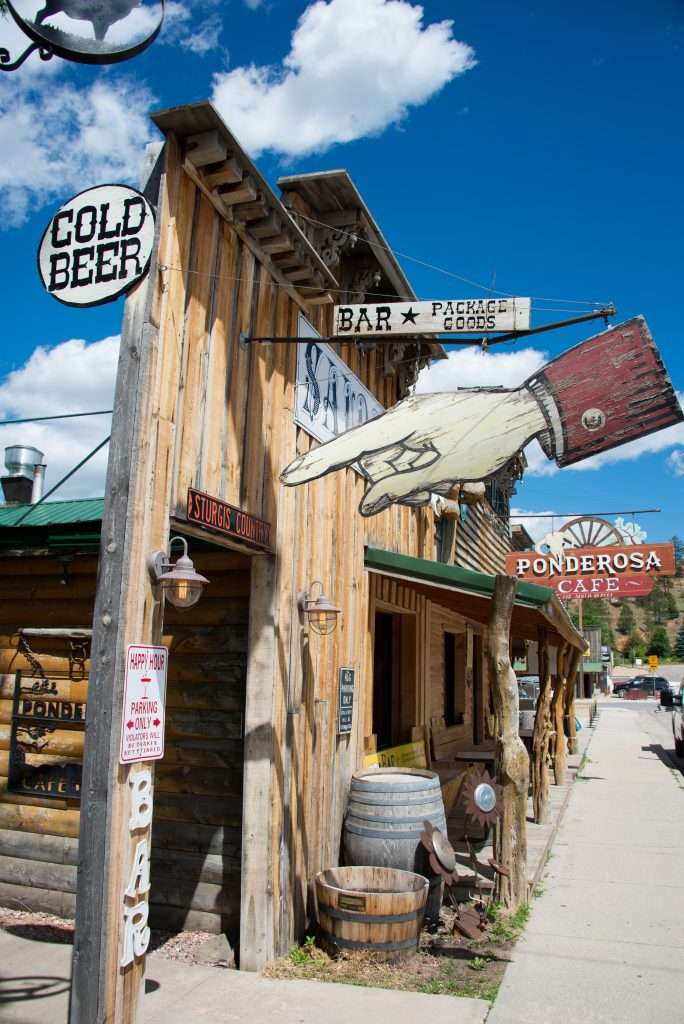 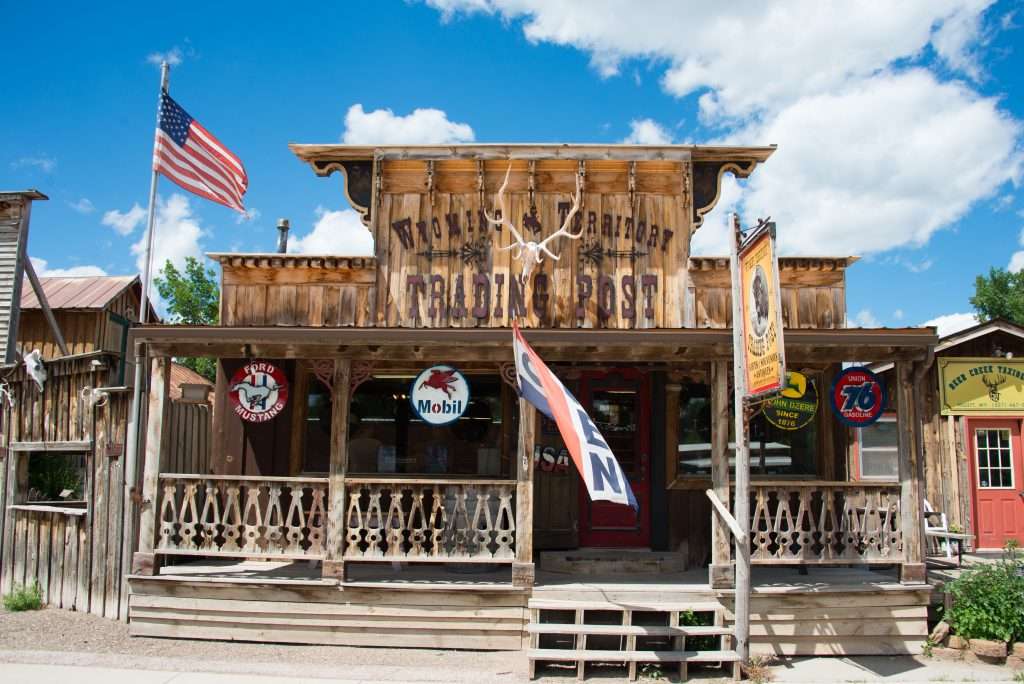 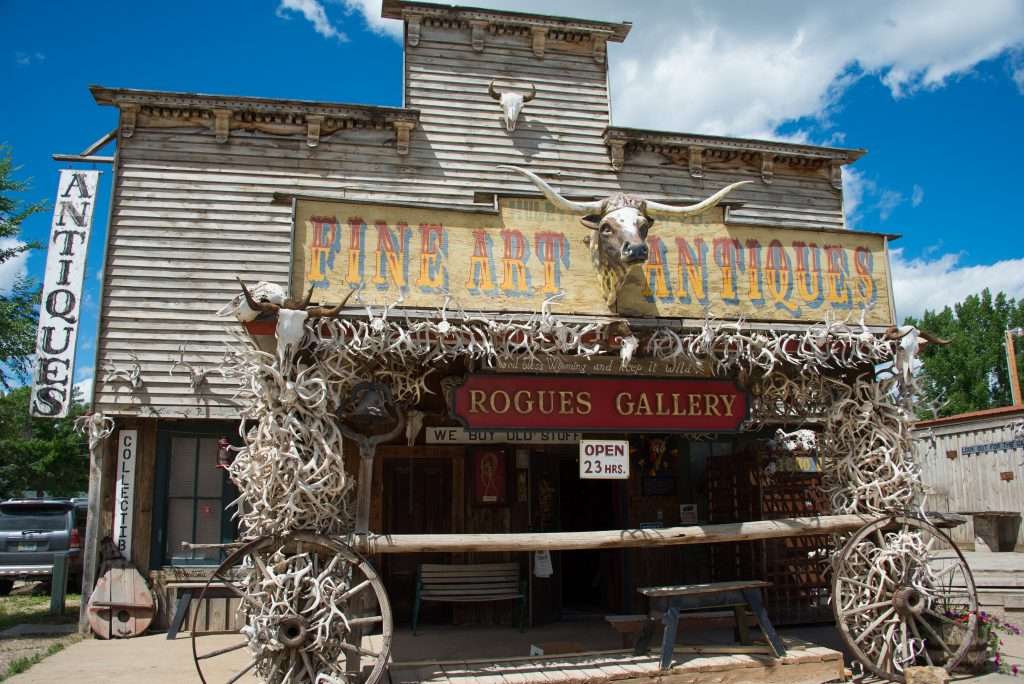 We gave Hulett the benefit of the doubt and tried – really tried – to like it.  It’s a quaint town, but it’s a boring quaint town.  The Fine Art Antiques is well worth the stop, but that’s about it.

After resting for a night and washing pretty much everything that we owned, we set off the next afternoon for our raison de visiter, Devils Tower.  Known originally as Bear Lodge, white people renamed it Devils Tower for reasons unclear, then dropped the apostrophe in a clerical error and valiantly stuck with it.  But before we could reach the parking lots, cuteness jumped up and took us by the collar.  A village of Prairie Dogs lives at the base of the tower and they are very fuzzy, very cute, and their ticks can give you the plague.  What’s not to love? 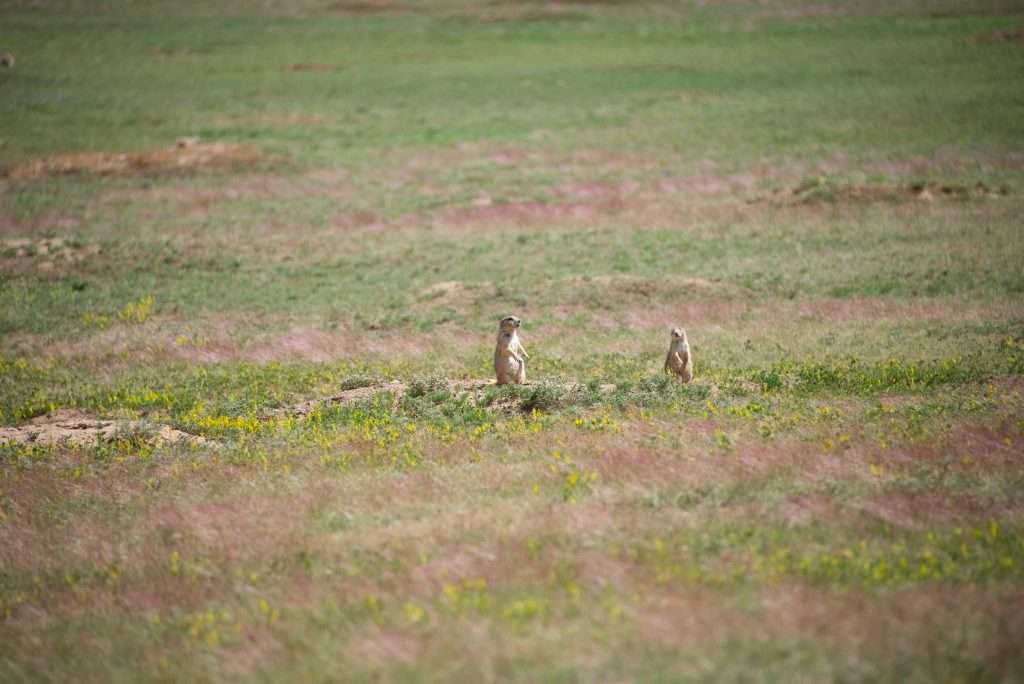 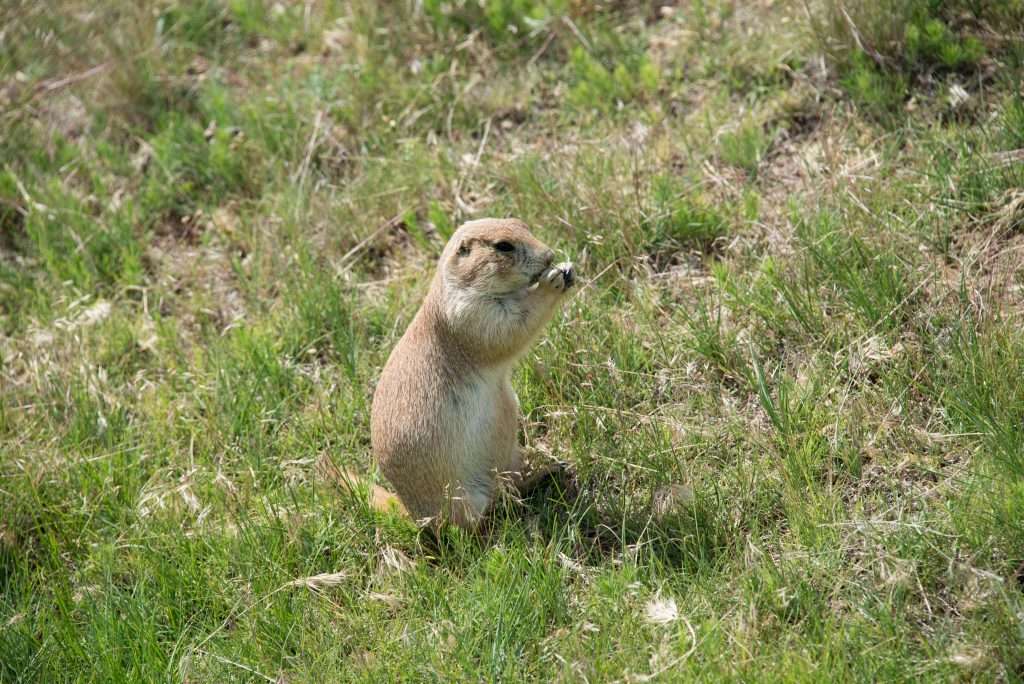 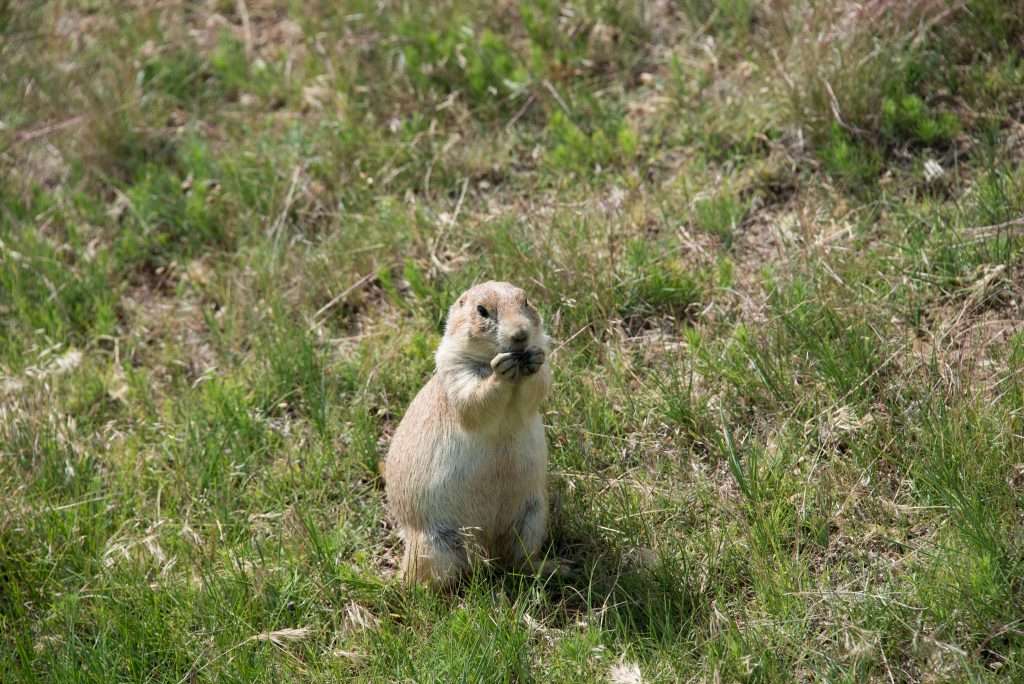 Aww’d out, we parked and took the circular path around the base of the Tower.  It’s about 2 km of light up-and-down, but provides impressive views of the Tower and gives you a vivid sense of how each side of the Tower has its own personality.  Sometimes we felt too close to really understand the Tower, but we always felt close to each side. 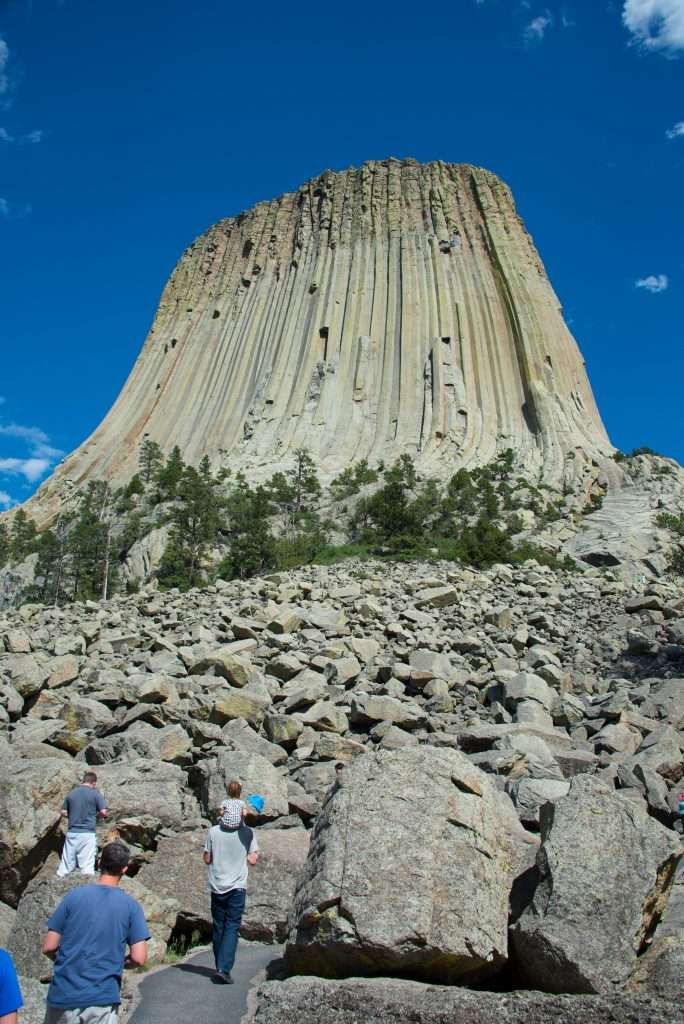 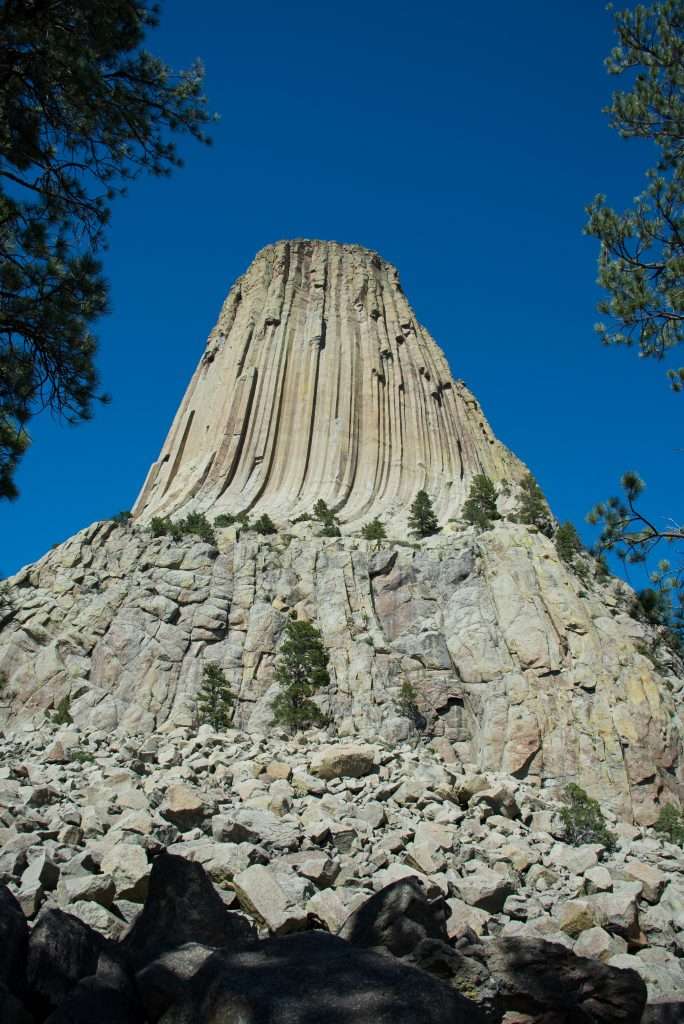 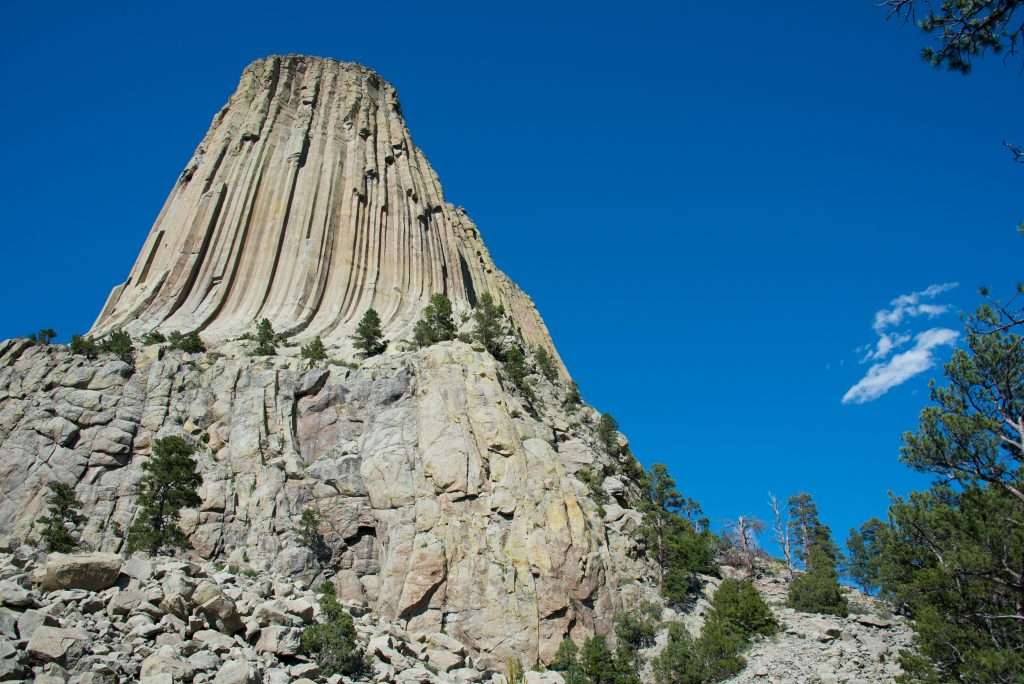 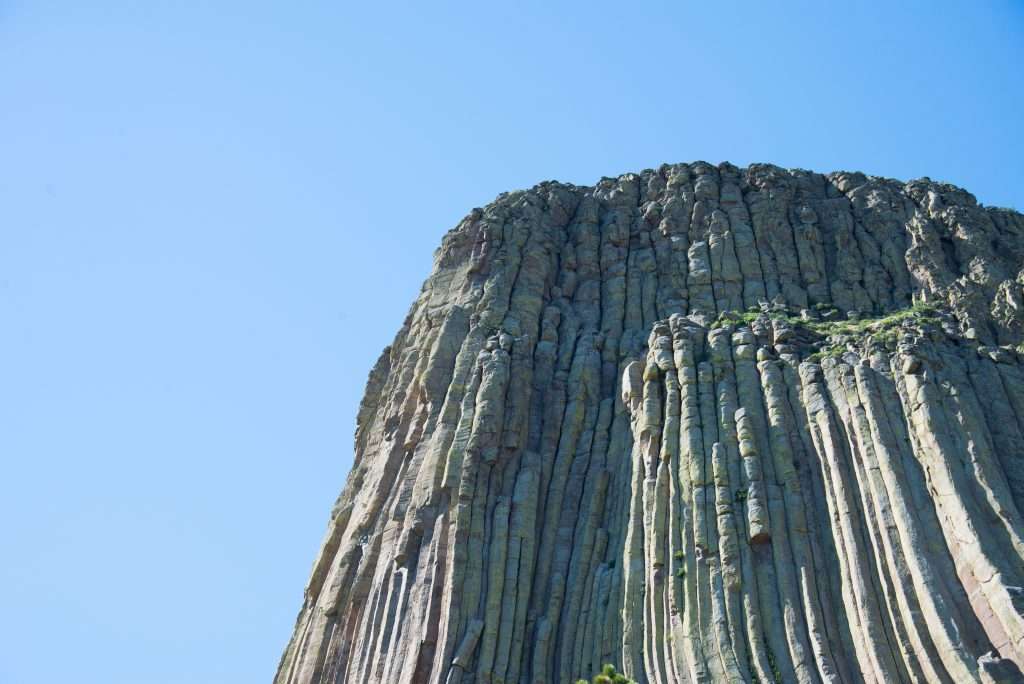 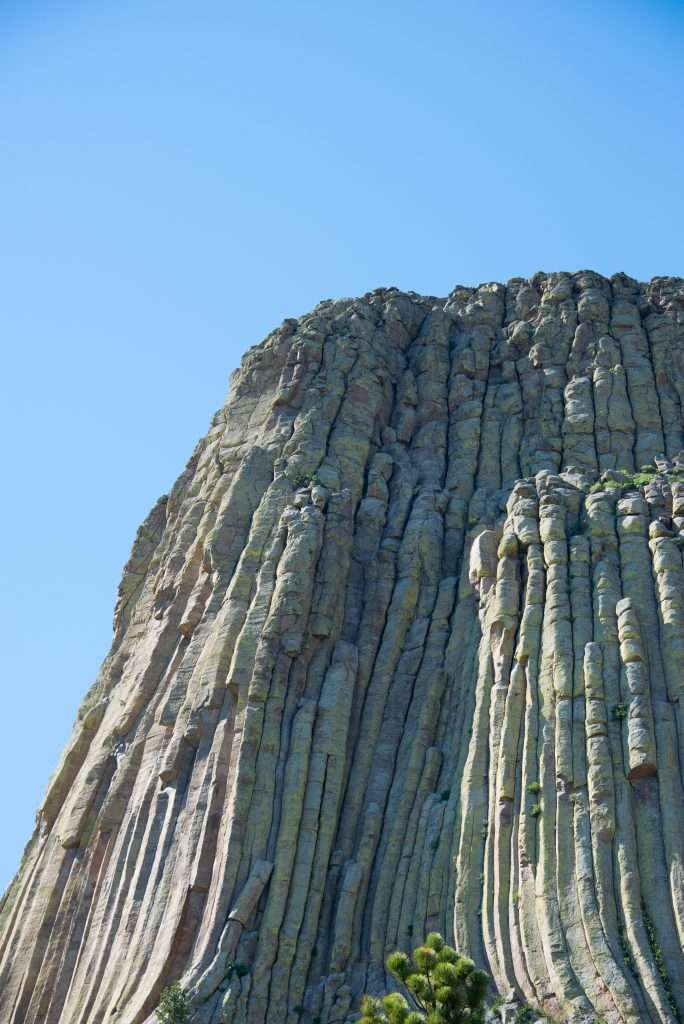 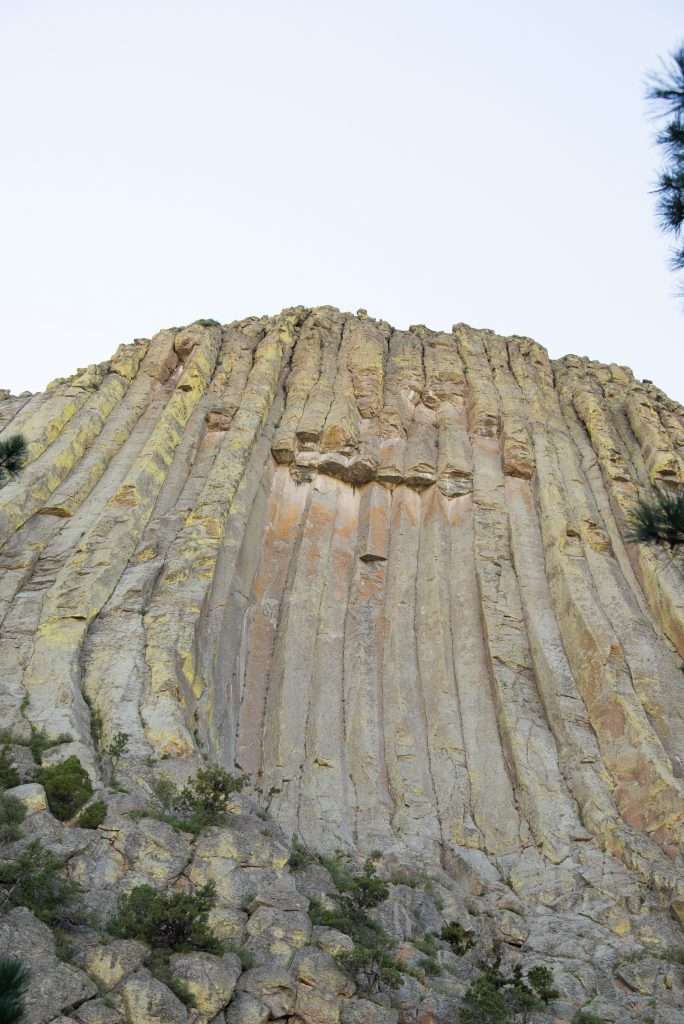 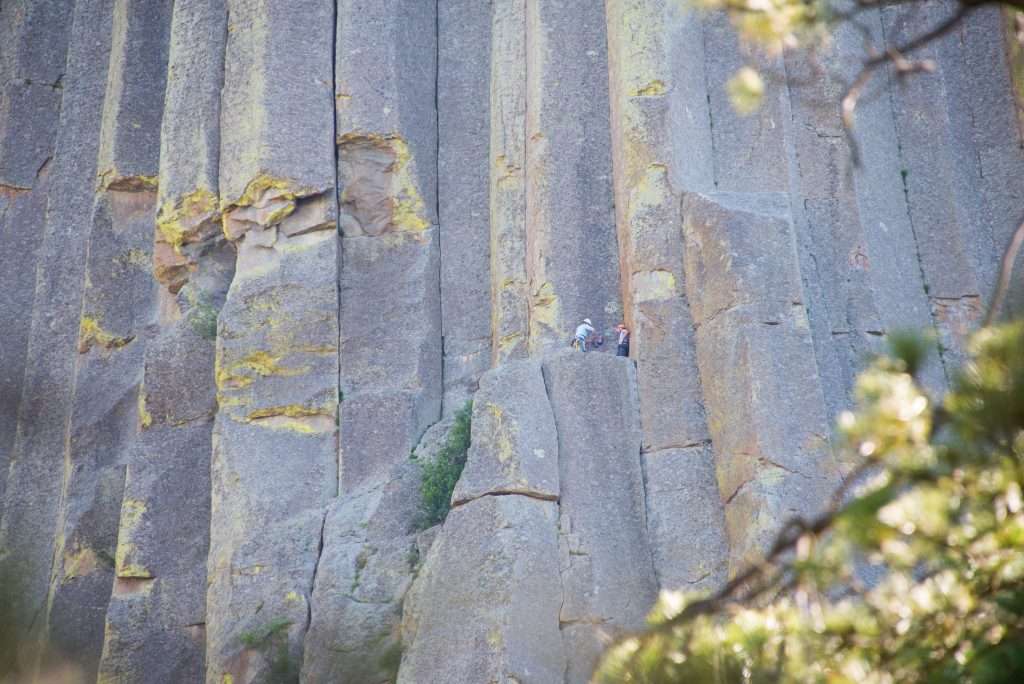 Like anything sacred the Native Americans that the US now controls as a National Park/Monument, Devils Tower is not without controversy.  Climbers love this mountain to the tune of ~4,000 climbers annually and you can imagine how happy the tribes are about people scaling a sacred monument.  The parks service takes an interesting stance towards climbers and respecting native feelings, as they allow climbers yet ask everyone to not touch prayer cloths tied to trees as a form of respect to the tribes.  That’s not to say that everything has to be black and white, but we can see where the lines have been drawn.

We saw multiple prayer cloths on the walk around and even spotted some climbers (middle of the last picture). 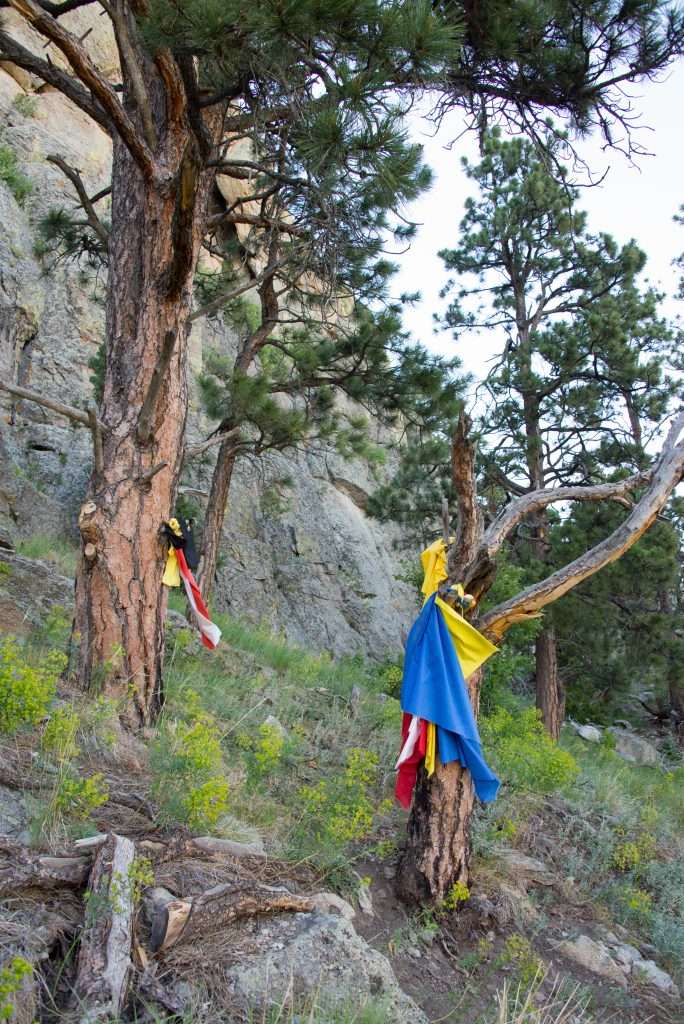 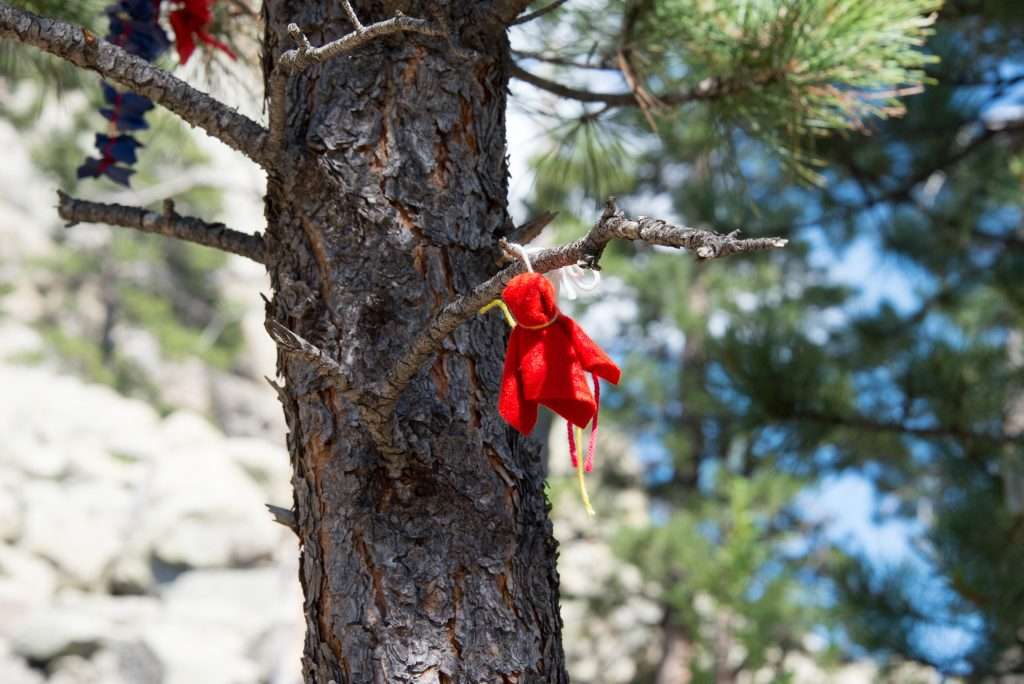 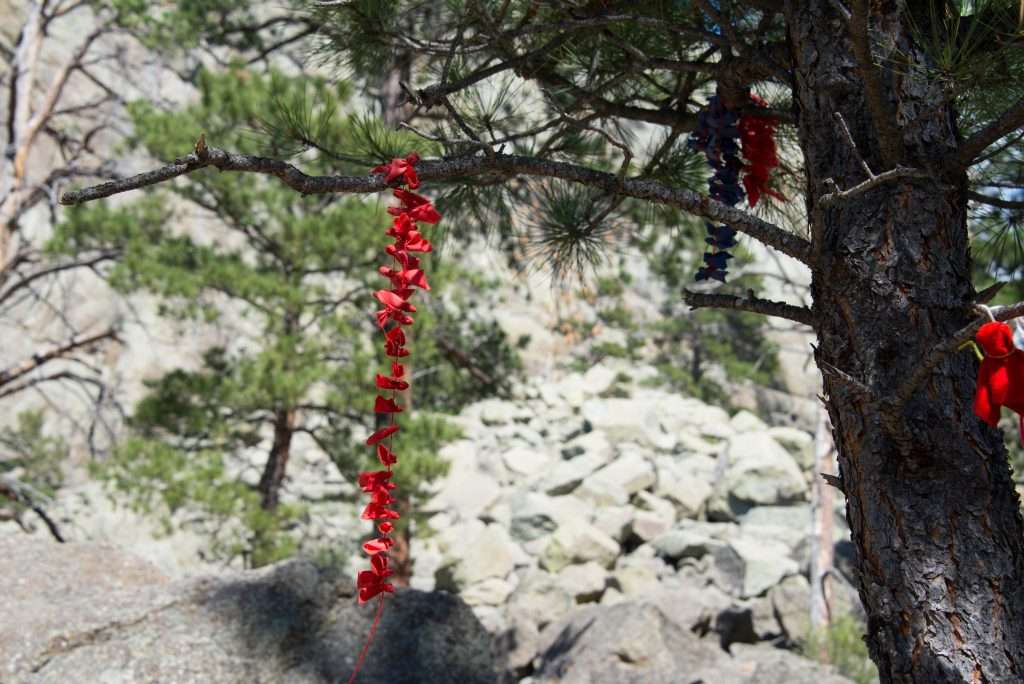 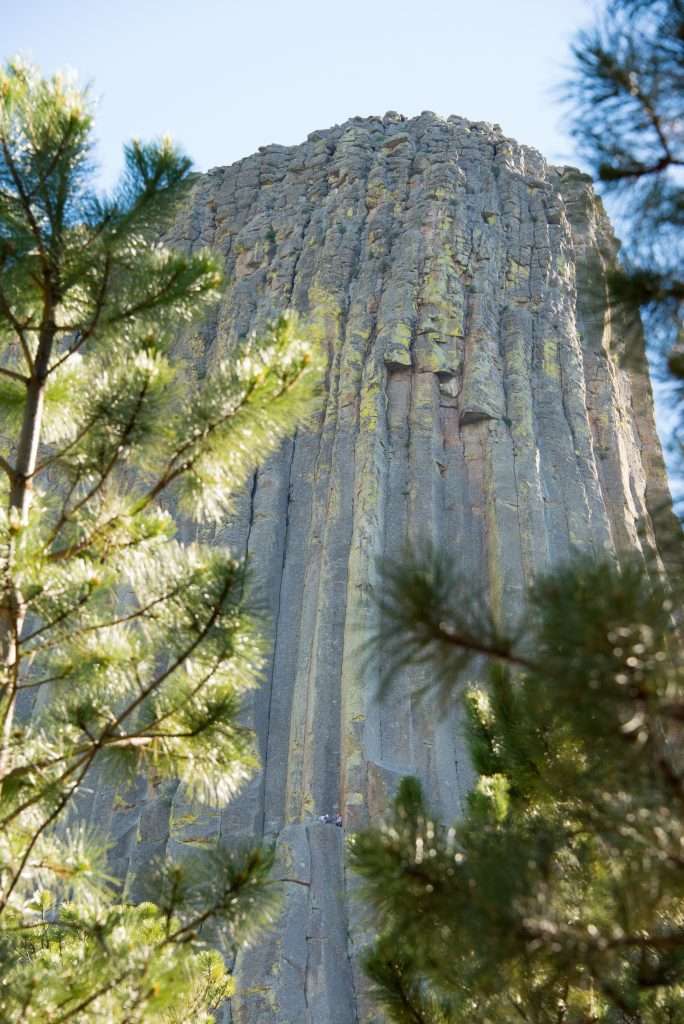 Devils Tower is truly powerful.  It forces you to imagine the land before erosion carved out the Tower and casts your mind into a pre-anthropic past.  Walk around it if you visit.  Walk to it if you have the time.  A campsite sits at the base of the Tower, which I wish we had known about because we would have much more thoroughly enjoyed camping at the base of the Tower and walking up the next day.