The glory of the White Sands behind us, we had a couple of days before a house sit in Albuquerque.  It was hard to decide what to see, as the area South of Albuquerque holds so much to see, but we settled on the Gila Cliff dwellings because we were dying to see some architectural ruins and the forest around that area is renowned for its dark skies.

Established around 1200 CE, astonishingly little is known about these dwellings.  After a short hike up to the ruins, typically a ranger will greet you to answer any questions as you walk through and try to imagine what it would be like living in a place like this.  Though the Southwest contains many sites with cliff dwellings, the small size and relatively short time of inhabitation of Gila allows you a unique view into the evolution of one of these sites. 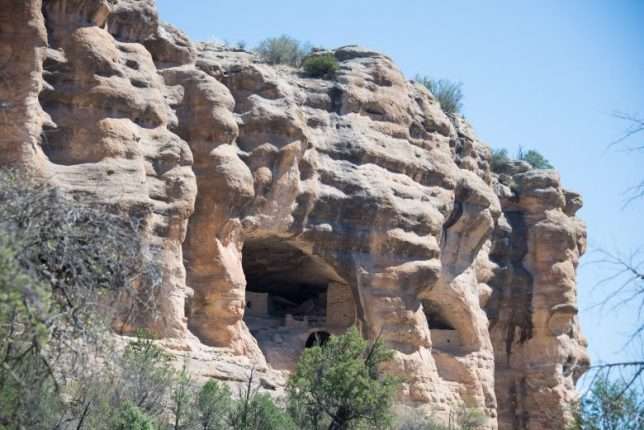 The site only contains somewhere around 10 rooms, but as you walk through the site you can see how successive dwellings improved upon the original design, which started as essentially a low wall in an narrow cave.  By the last houses, however, multi-story structures and specialized rooms have emerged.  Archeologists say that this entire site was only inhabited for about 20 years, which shows how quickly these people learned to create working housing. 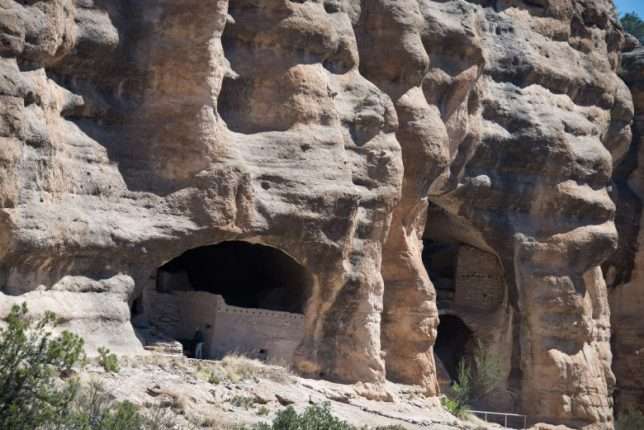 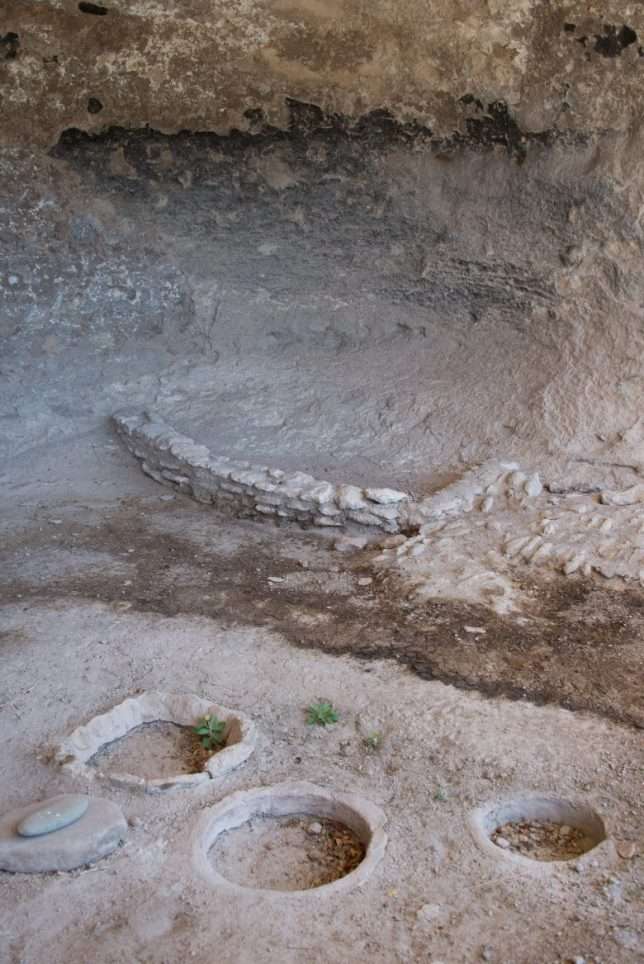 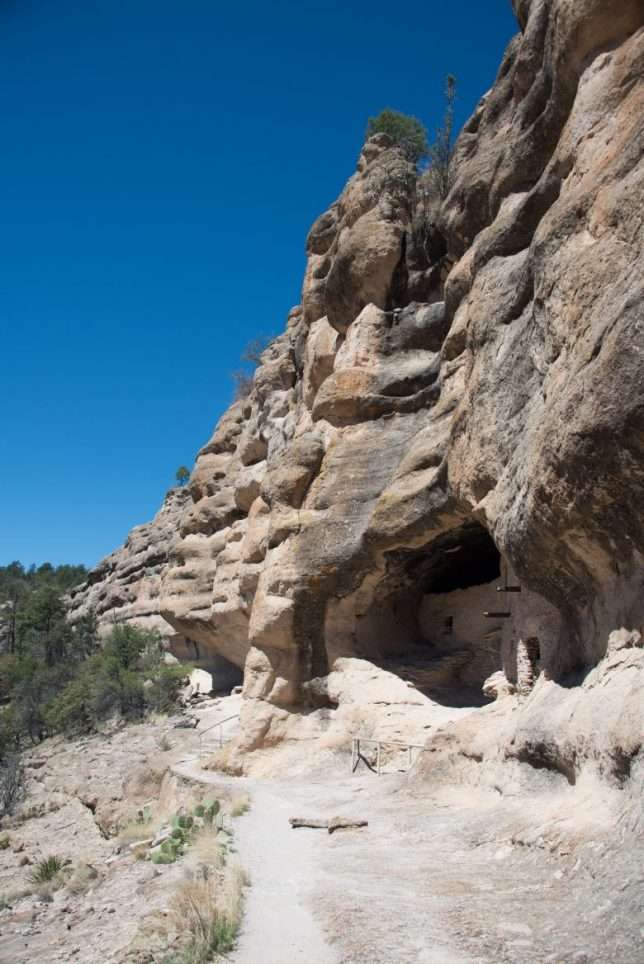 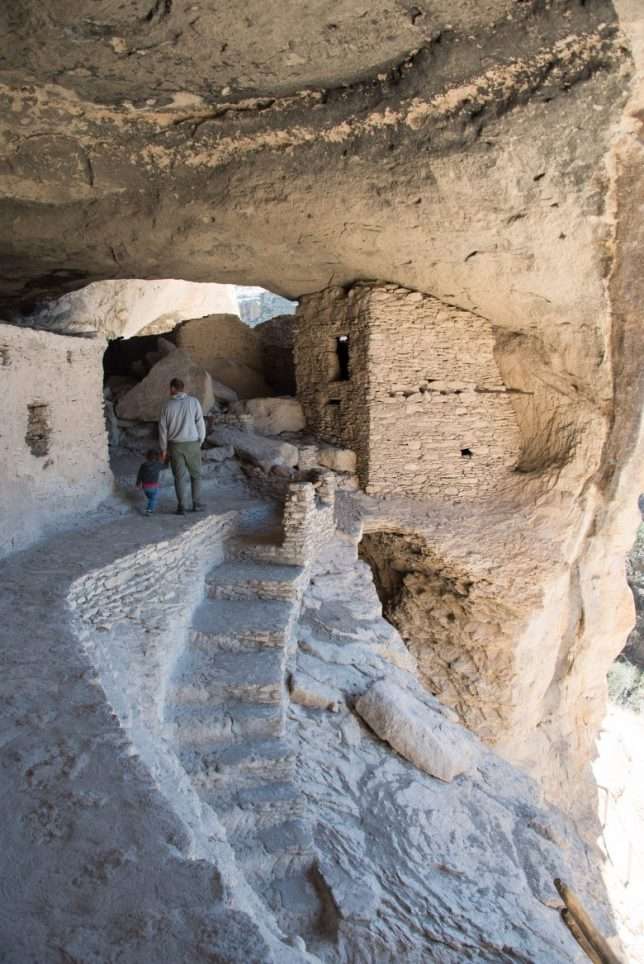 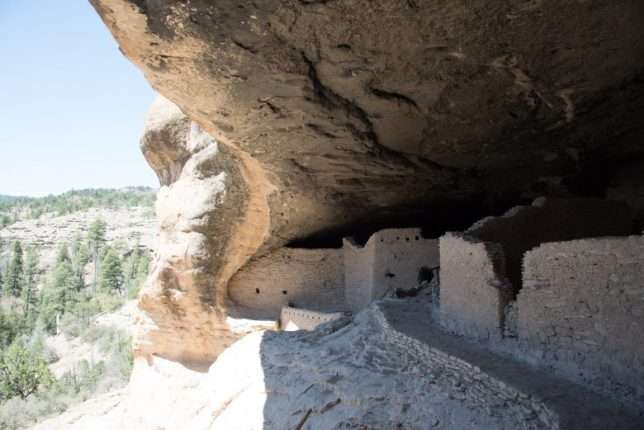 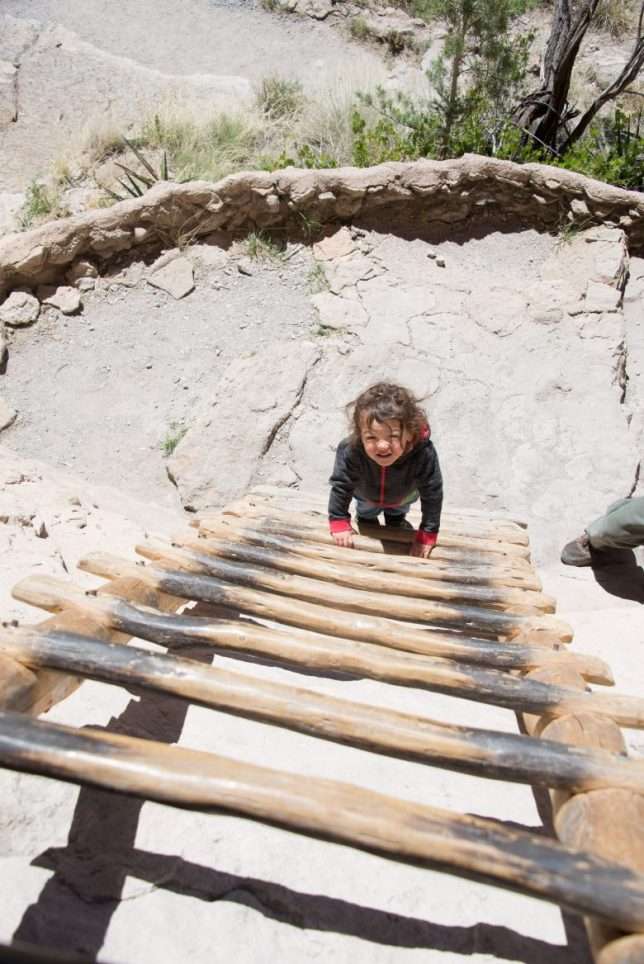 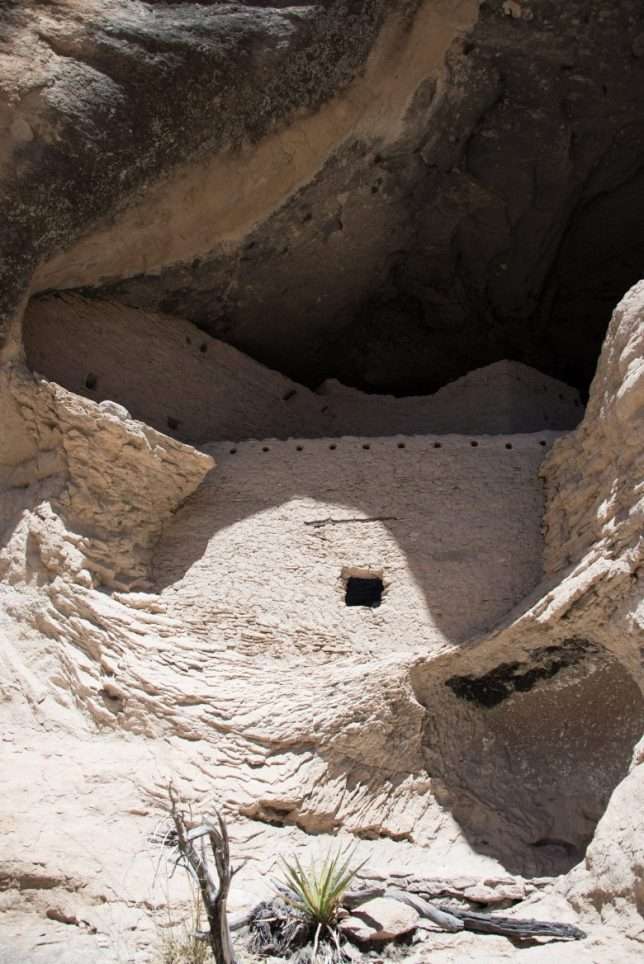 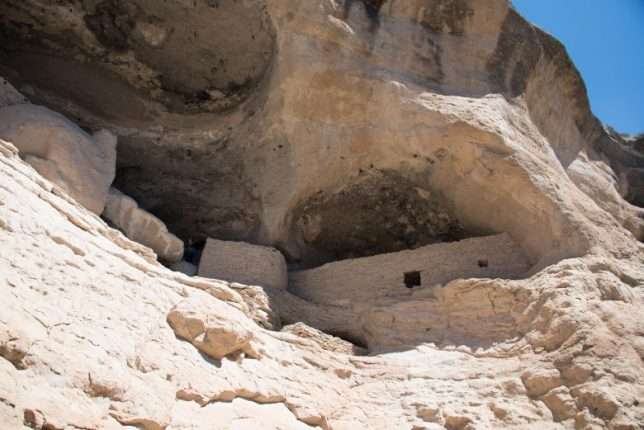 After the dwellings we had time to take a nice hike down the middle fork trail, a long-established walking path whose first half is extremely family friendly, with walkways built hanging over the river.  Halfway through the trail they stop and the trail becomes very rough, so we couldn’t go very far with Fin, but the walk down was really nice and we got to spend time throwing rocks into the river at the halfway point, so win-win. 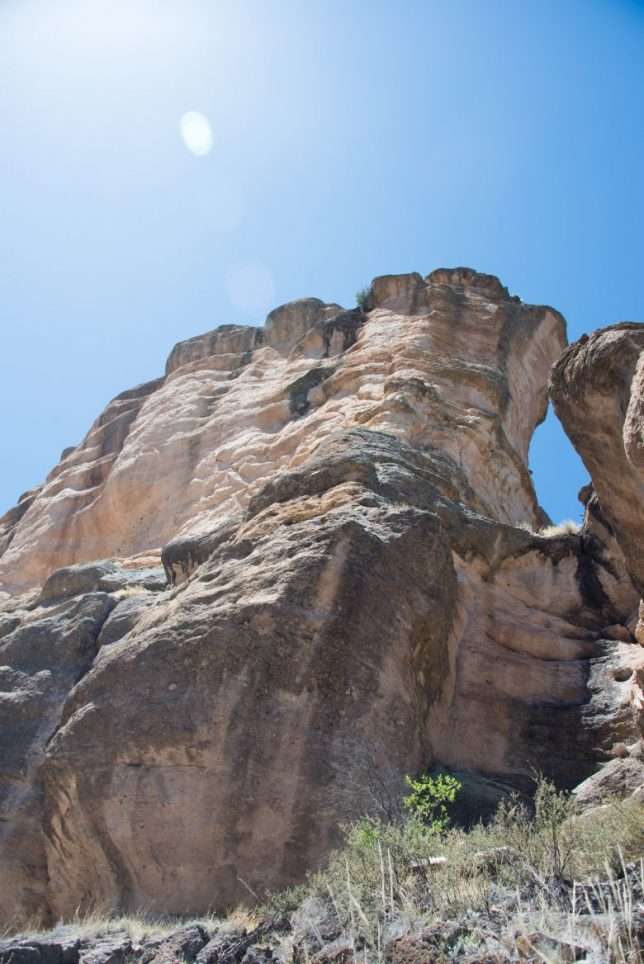 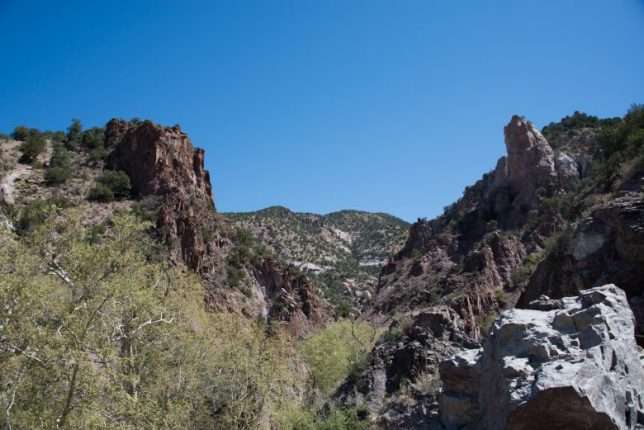 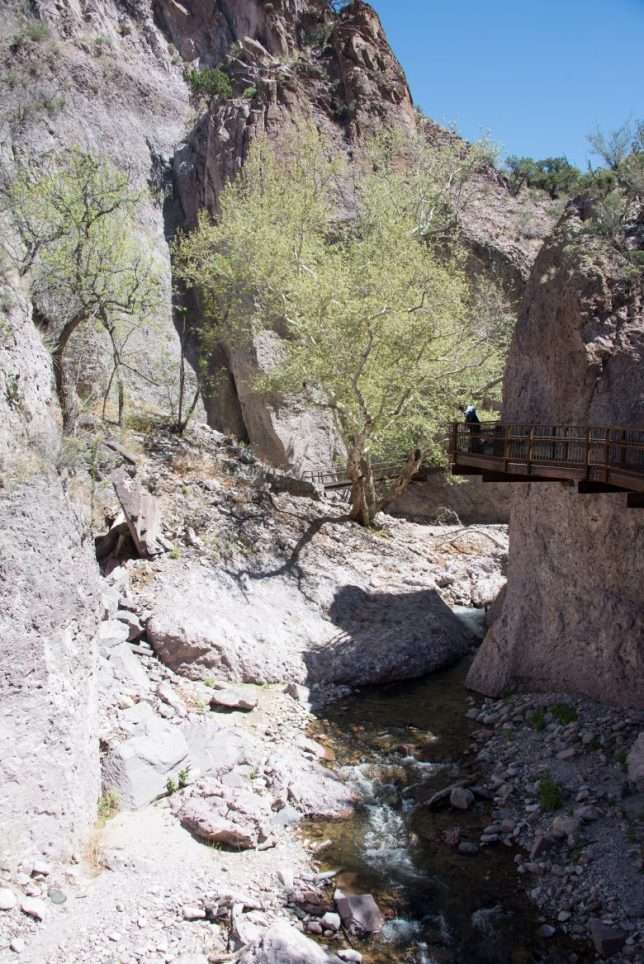 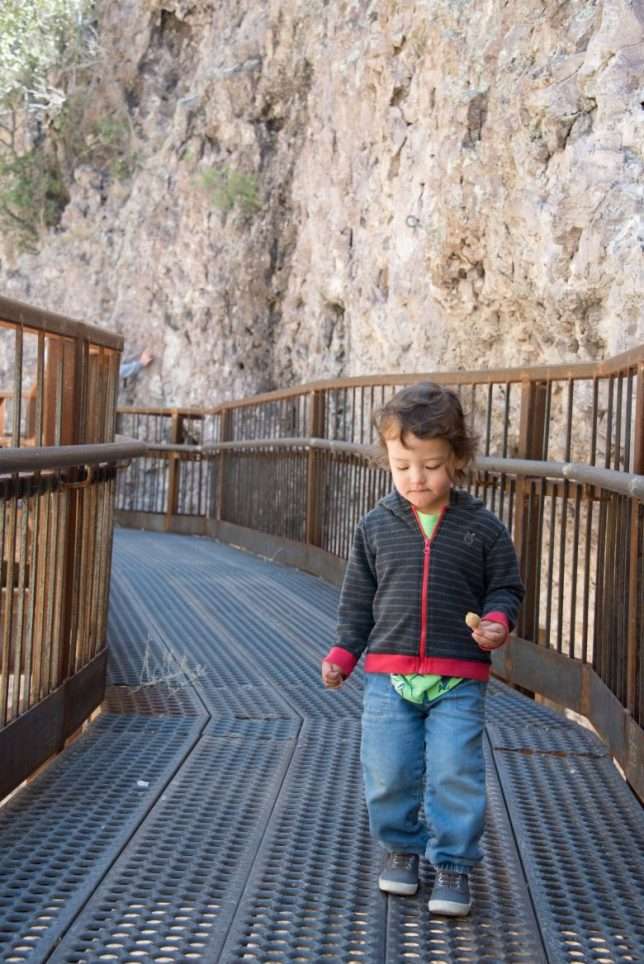 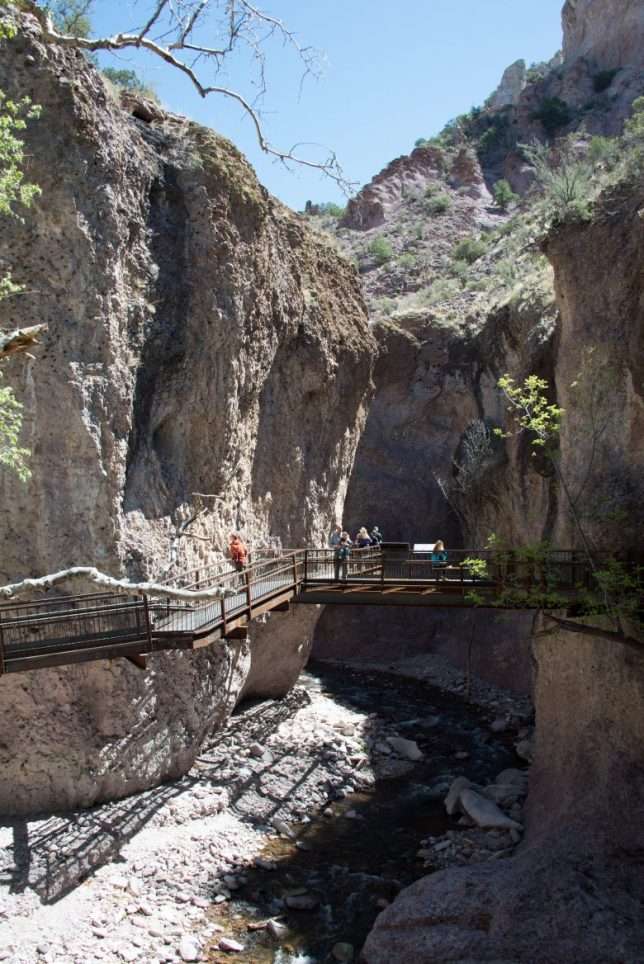 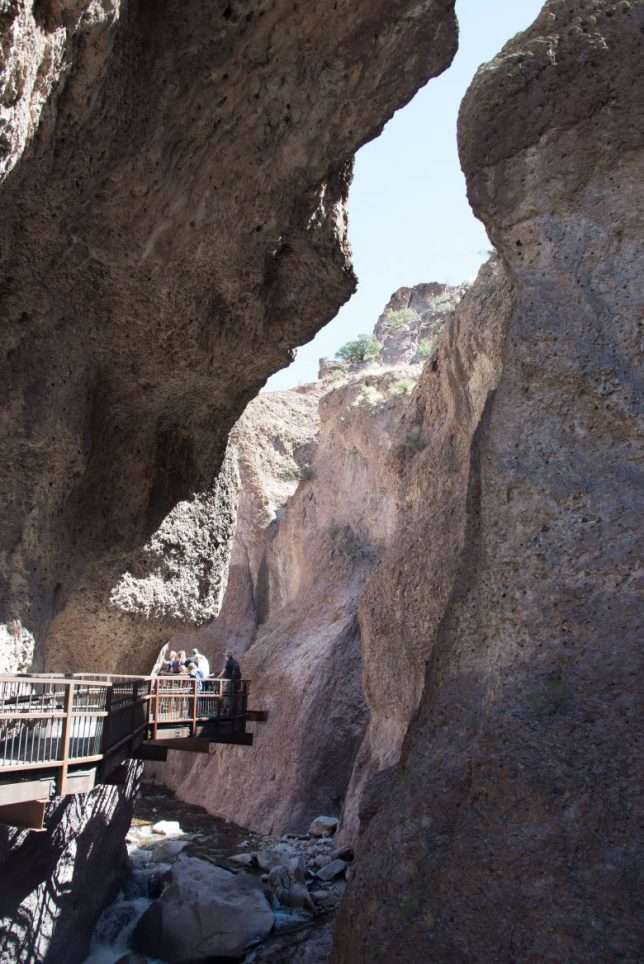 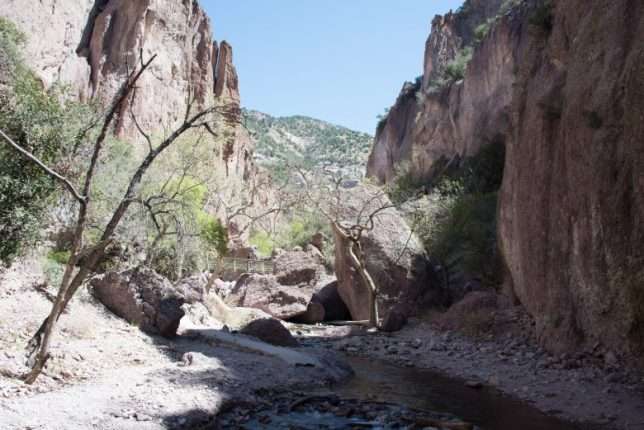 We hoped to camp in either Upper or Lower Scorpion campground so that we would be right next to the dwellings, but then we found out about the Gila Hot Springs Campground and knew that we had to go.  The place was so nice that we still talk about it; it has basically set the bar for our perfect campsite.

It’s run by an older couple who prioritize a calm, relaxing stay.  To that ensure that, they only built eight campgrounds, greet and chat with everyone personally, and only let day use soakers in while the sun is up.  Also, no alcohol or food in or near the tubs at all.  Combined with the remote location, the effect is a superb campground by a river with three extraordinary hot springs.

As you can image, reservations are highly recommended and the place fills up quickly on the weekends.  We arrived in the weekday and just squeezed in, but we’re oh so glad that we did. 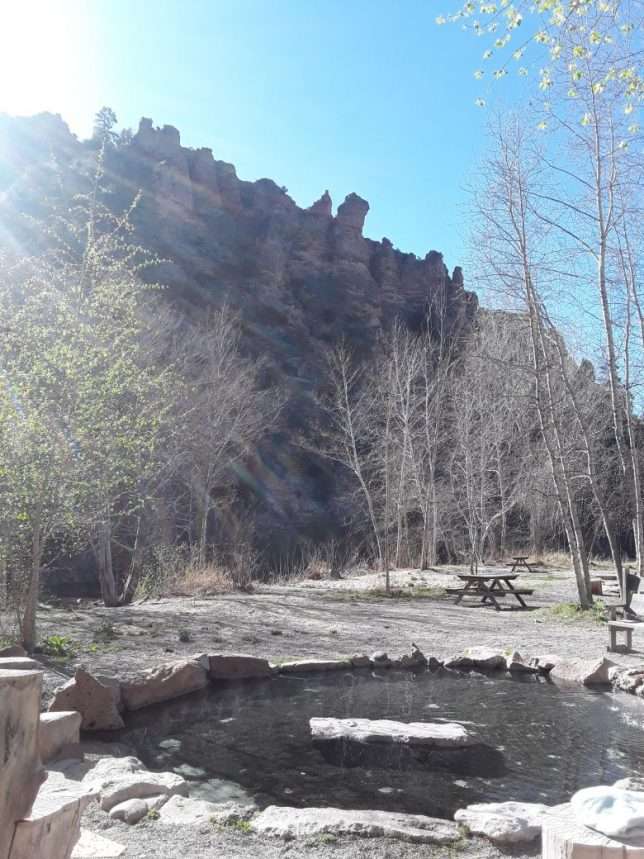 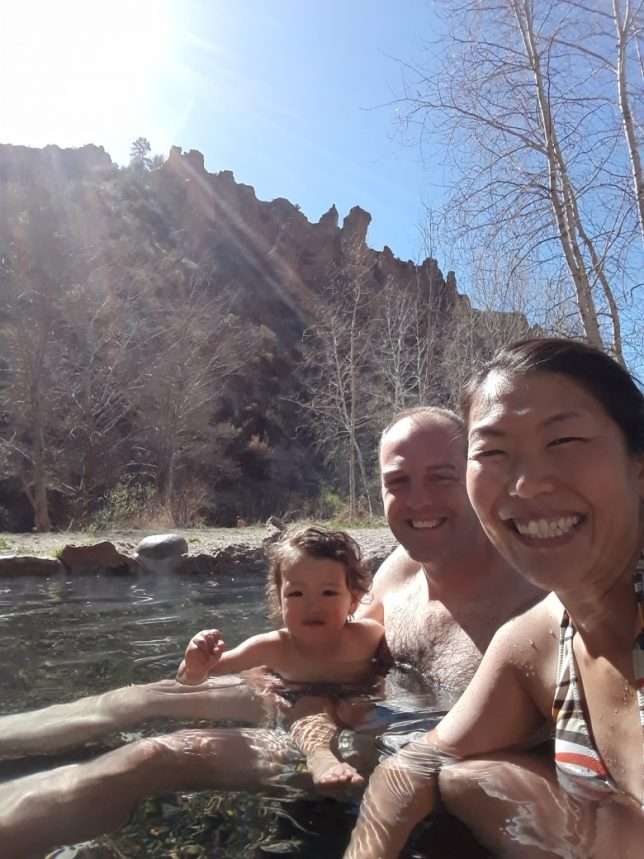