We woke to snow in June at our Yellowstone campground.  Laughing to ourselves, we took breakfast, packed up the Westy and drove South through the snow.  As we stayed at Norris Campground for four days, we figured that we should probably see the Norris pools 1 mile from our campground.  Even though it was snowy and cold, we went to see, pissing Fin off for the entire walk. 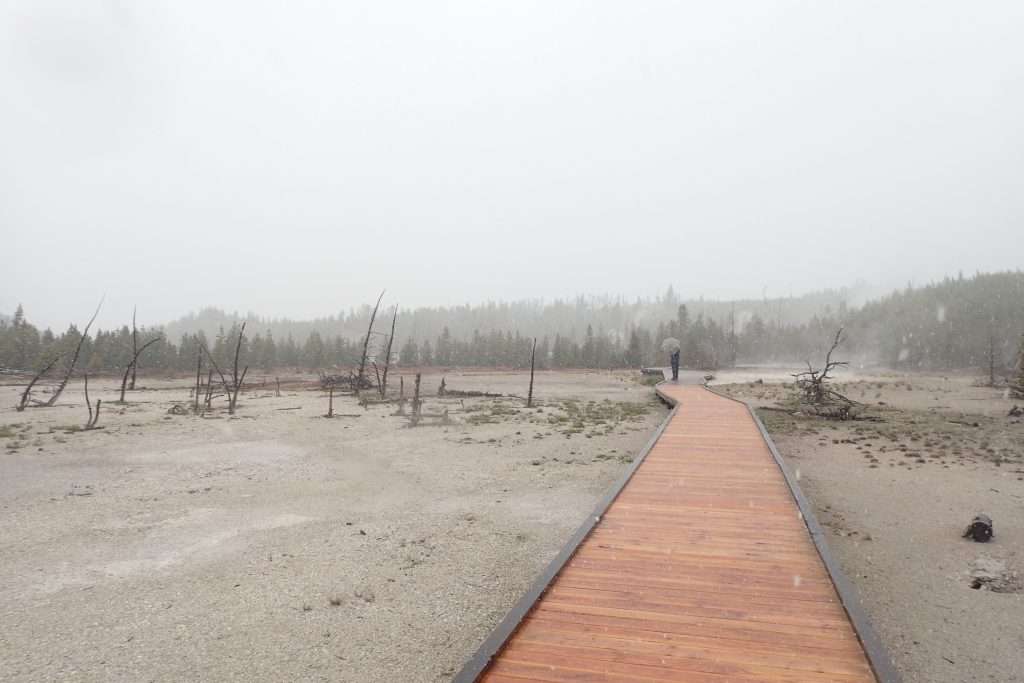 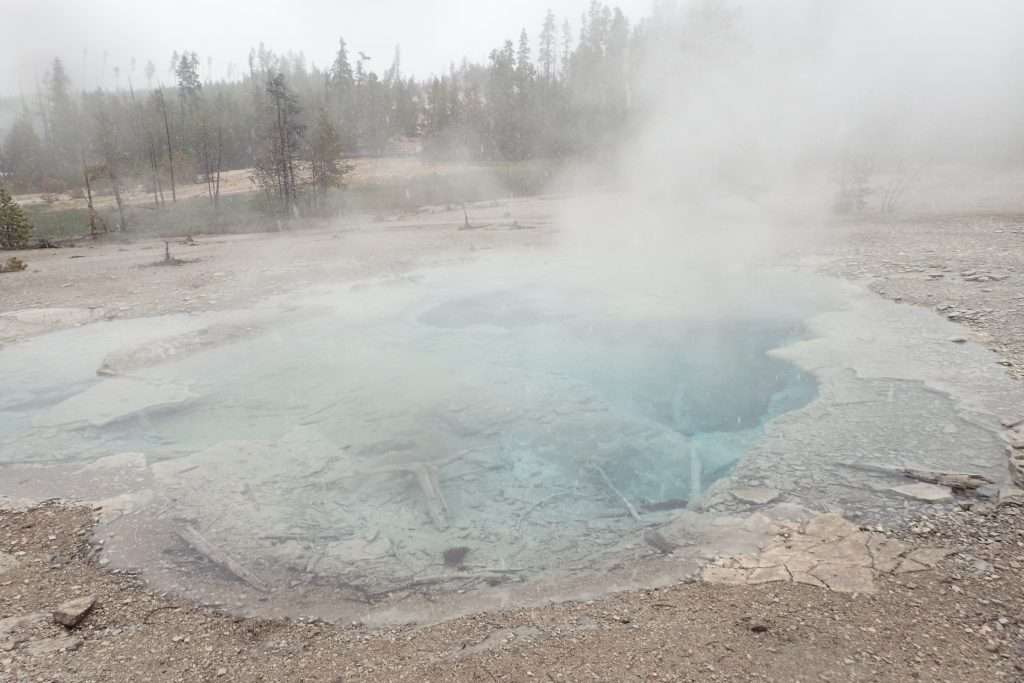 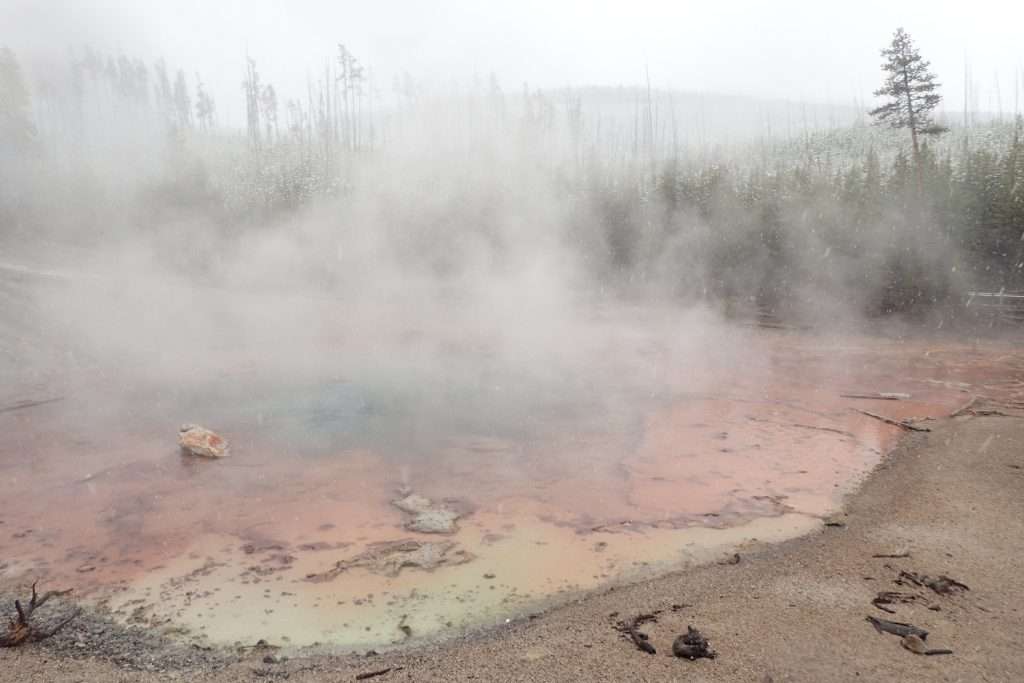 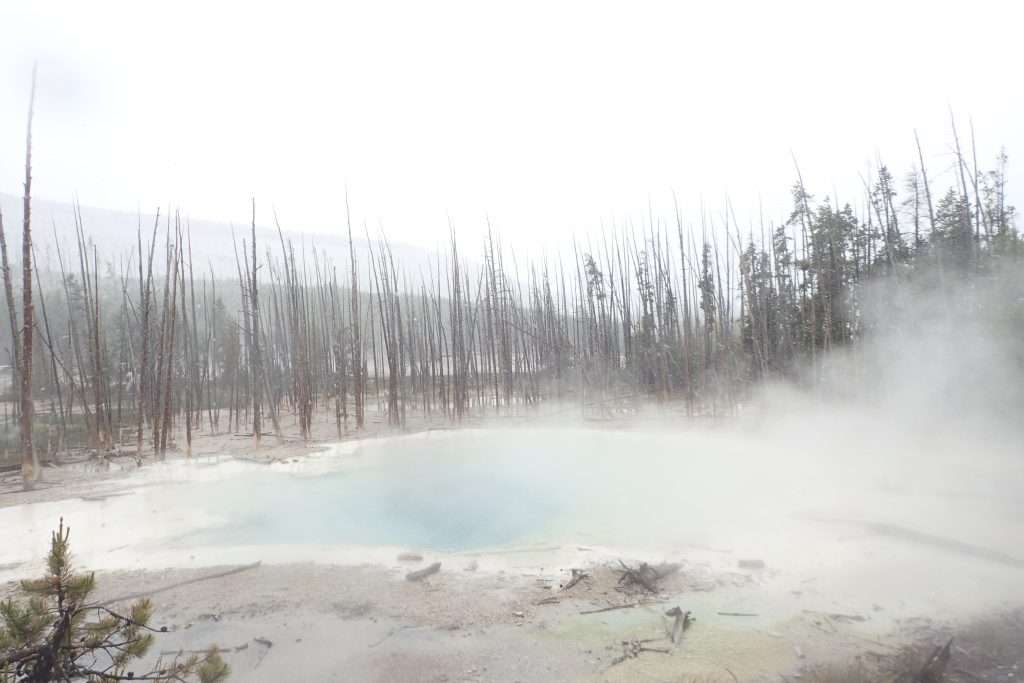 After a quick walk while hugging a grumpy baby (no squirming, just a snarl), we jumped in the car, warmed it up, and drove South.  We made it half way to the exit before ending up in a new kind of bear jam.  Rangers had stopped traffic both ways to let one ranger chase a bear out of a tree, doing so by shooting off a shotgun and yelling “Hey, bear!” at the top of his lungs.  Once he chased the bear away, we made it to Grand Teton without incident. 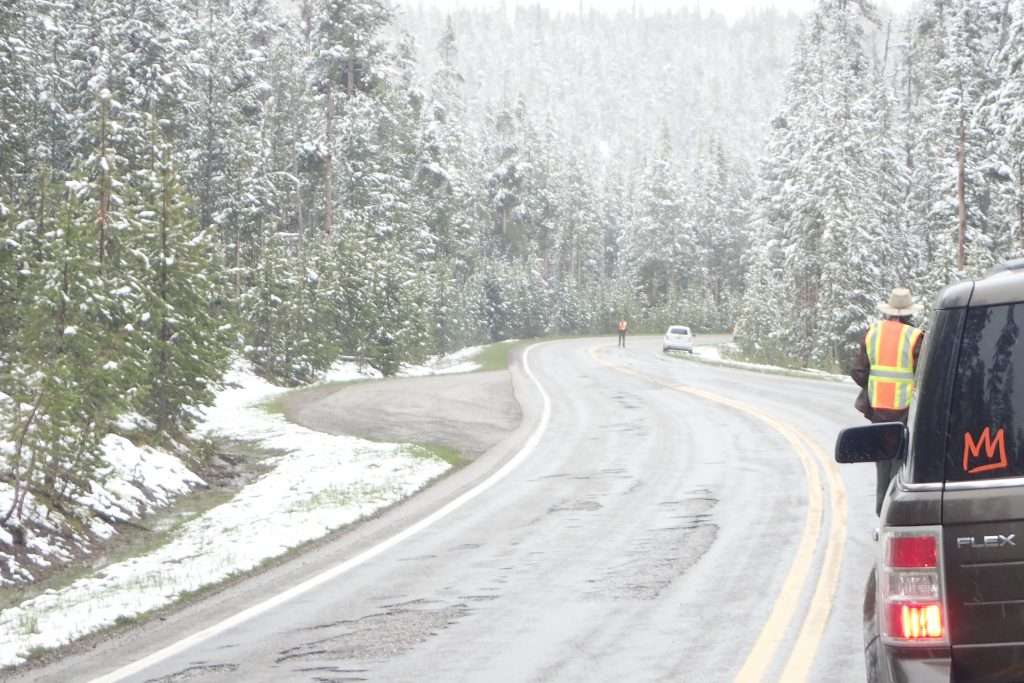 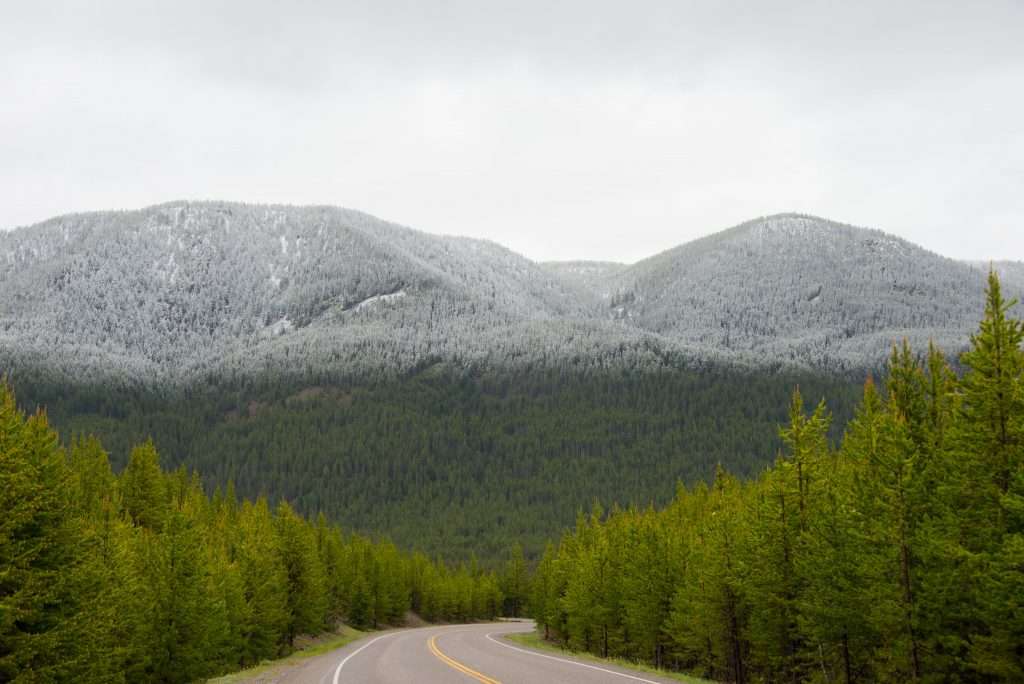 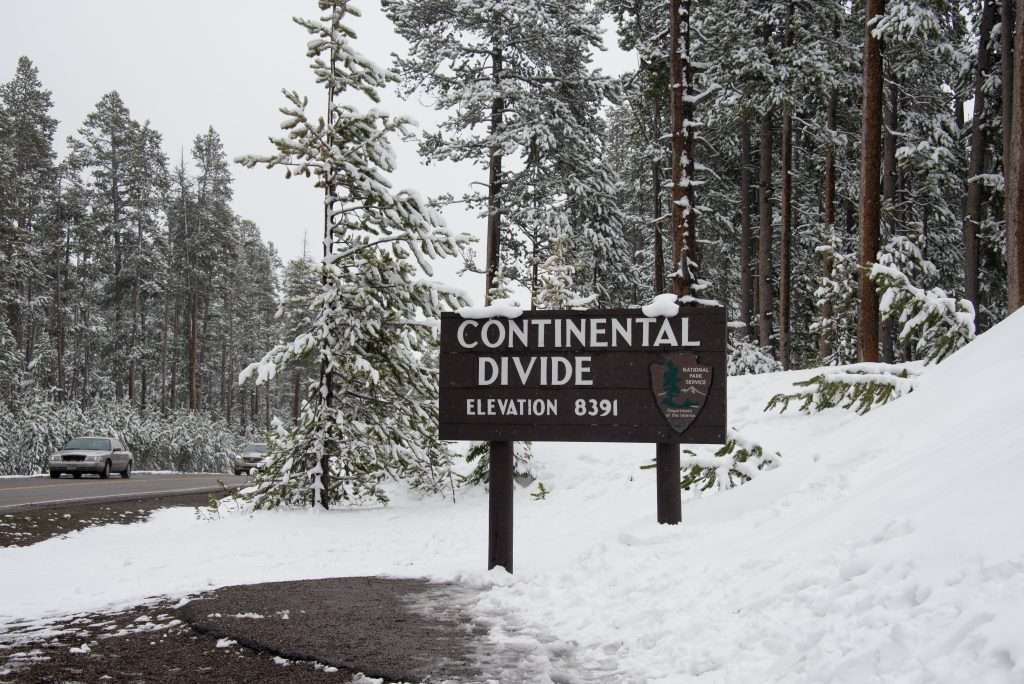 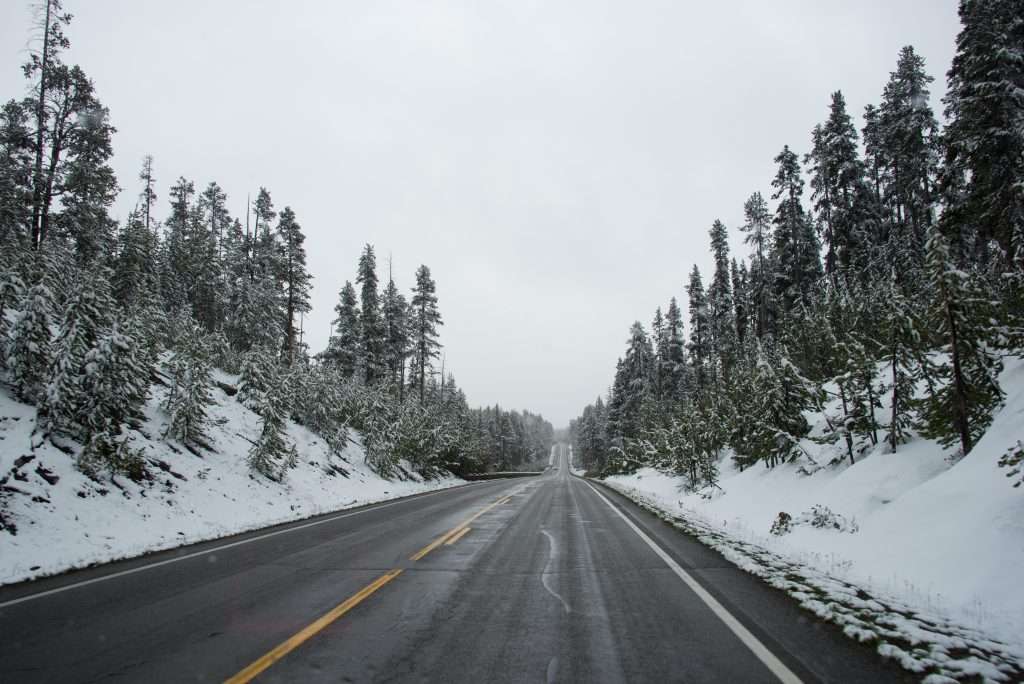 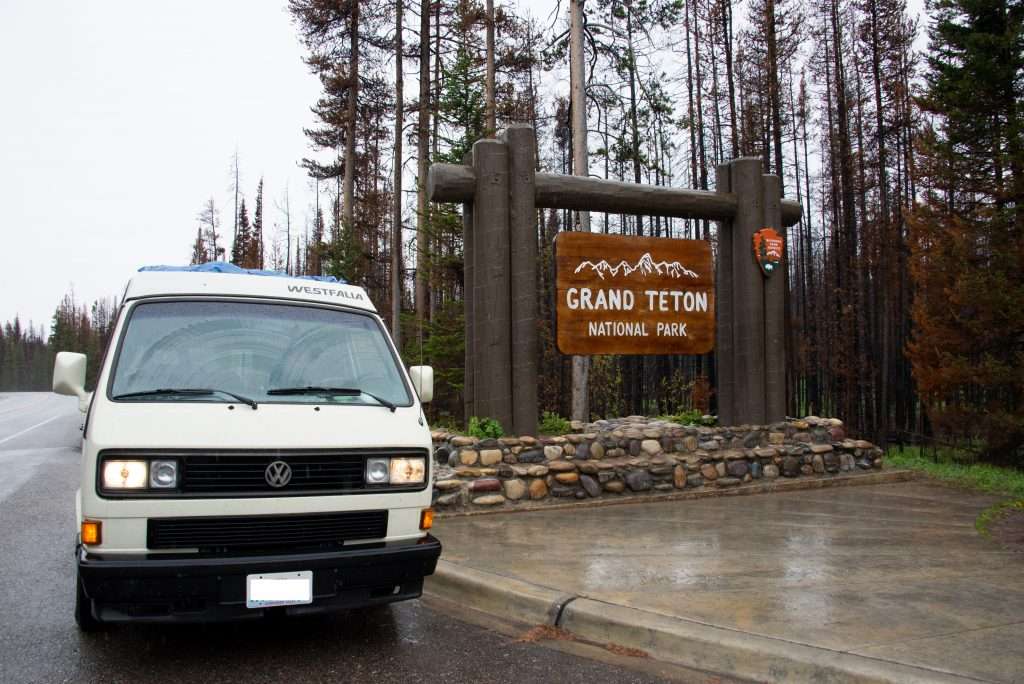 It was getting kind of late and we just wanted warmth, so we decided to camp the night and see the mountains in the morning.  We still had an afternoon, so we checked out the awesome Colter Bay Visitor Center and the disappointing Jackson Lake Lodge before snuggling into bed.

The next morning we were up, fed and on the road!  Clouds abounded, however, so we took a back road down to the South end of the park to give the clouds time to clear and drove North following the road by the lake.

If you are not hiking, the Grand Tetons will amaze you for the 2 hours that it takes to drive and stop every now and then.  All of your photos will be of the same thing, but they will all be beautiful.  Even if you drive to the top of Signal Mountain (and you should), it’s a different angle.  It’s a different angle of something gorgeous, however, so it’s as damaging to the psyche as seeing a slice of chocolate cake. 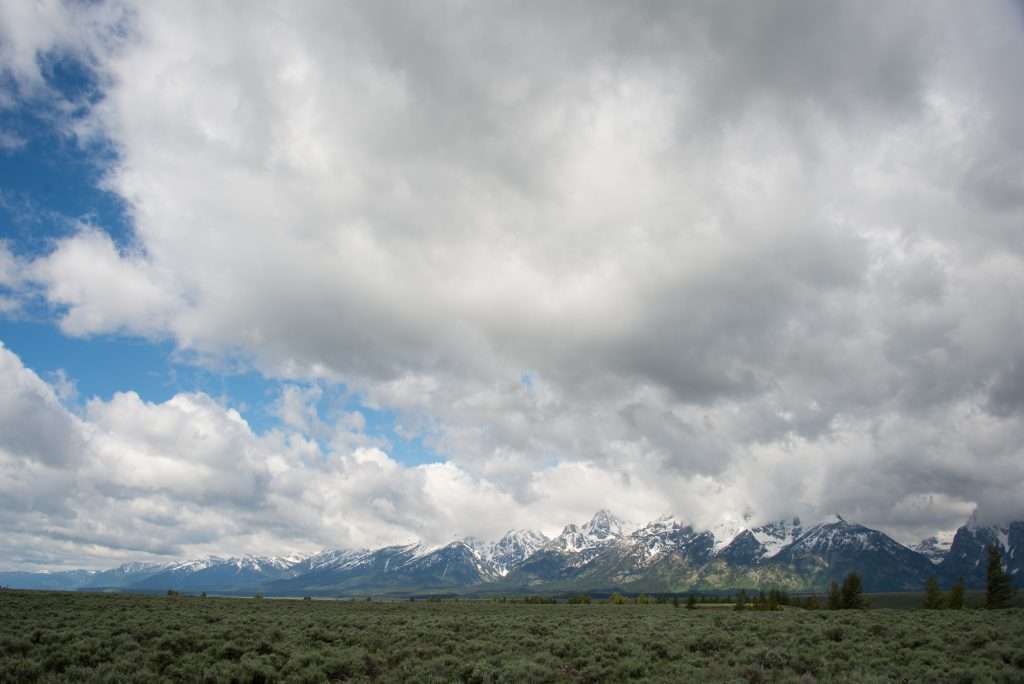 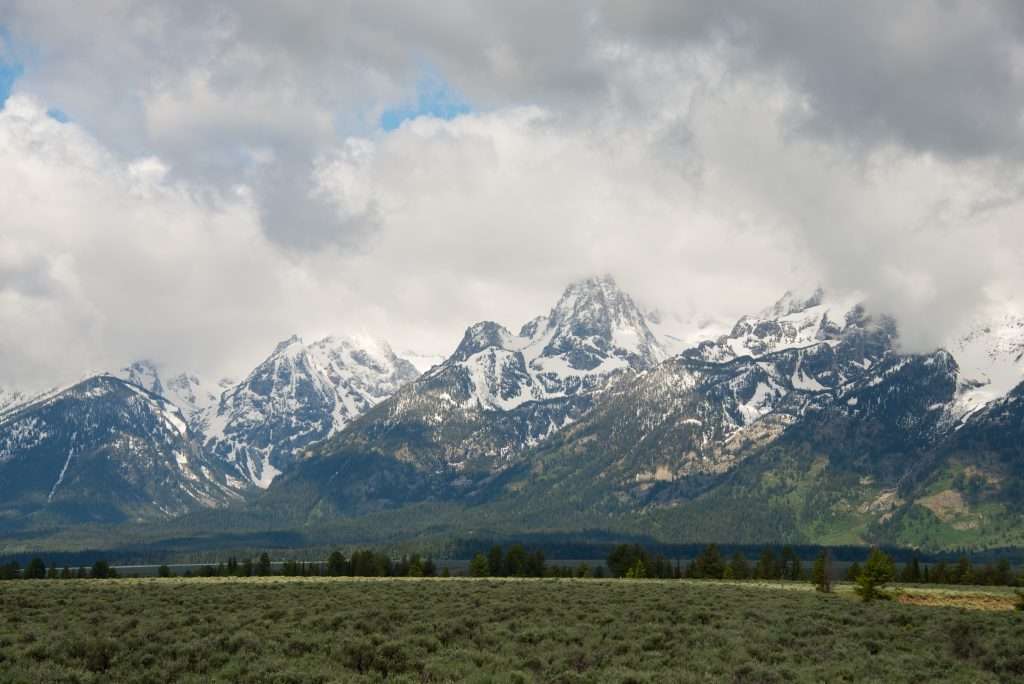 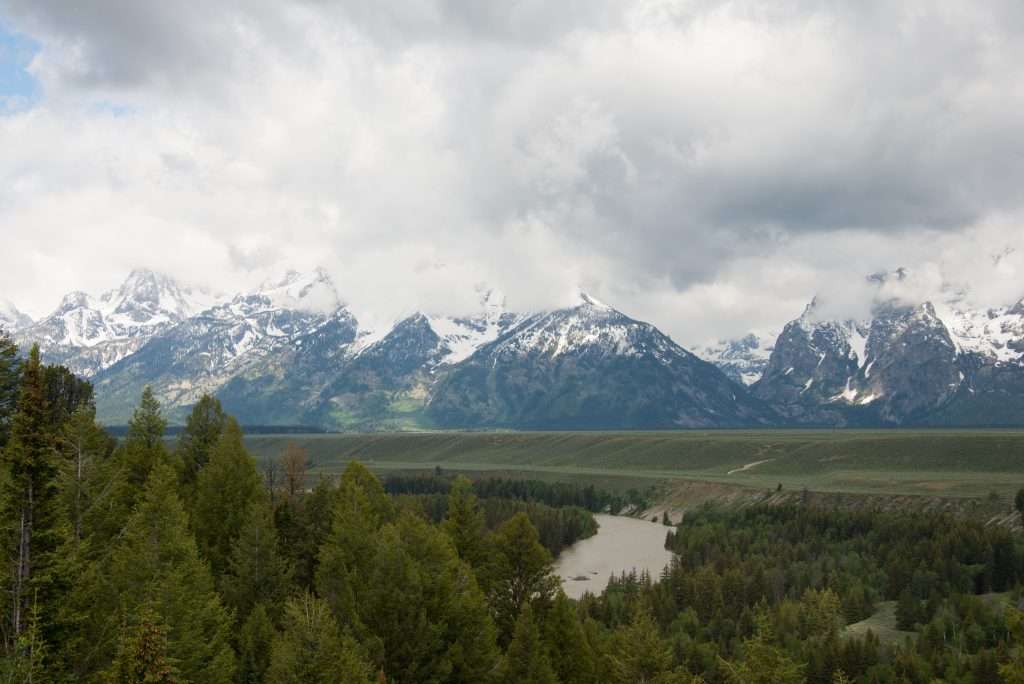 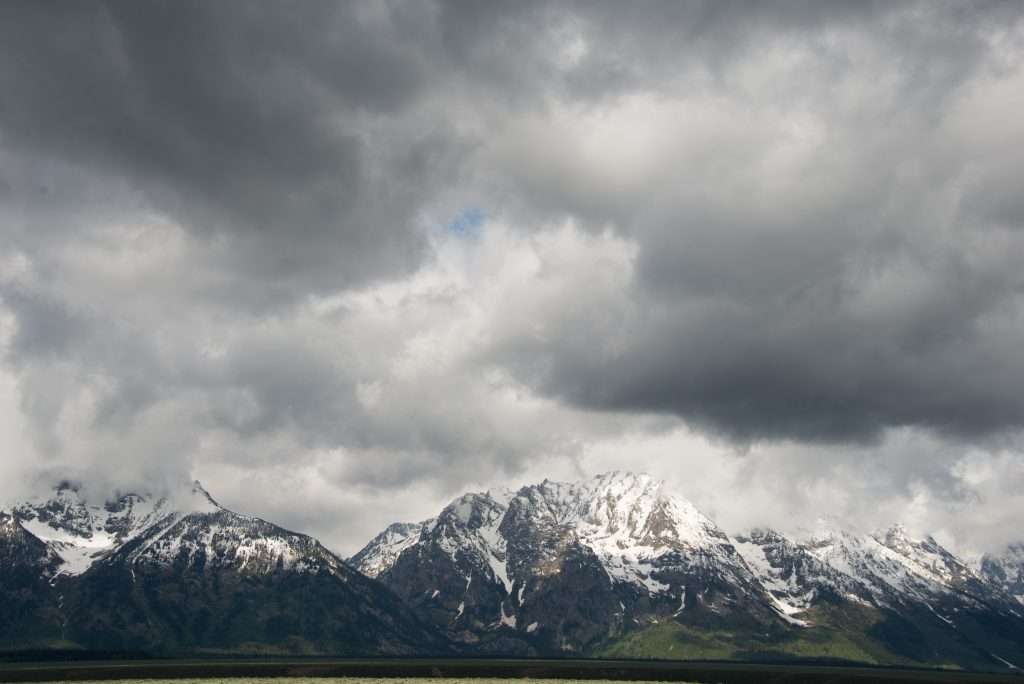 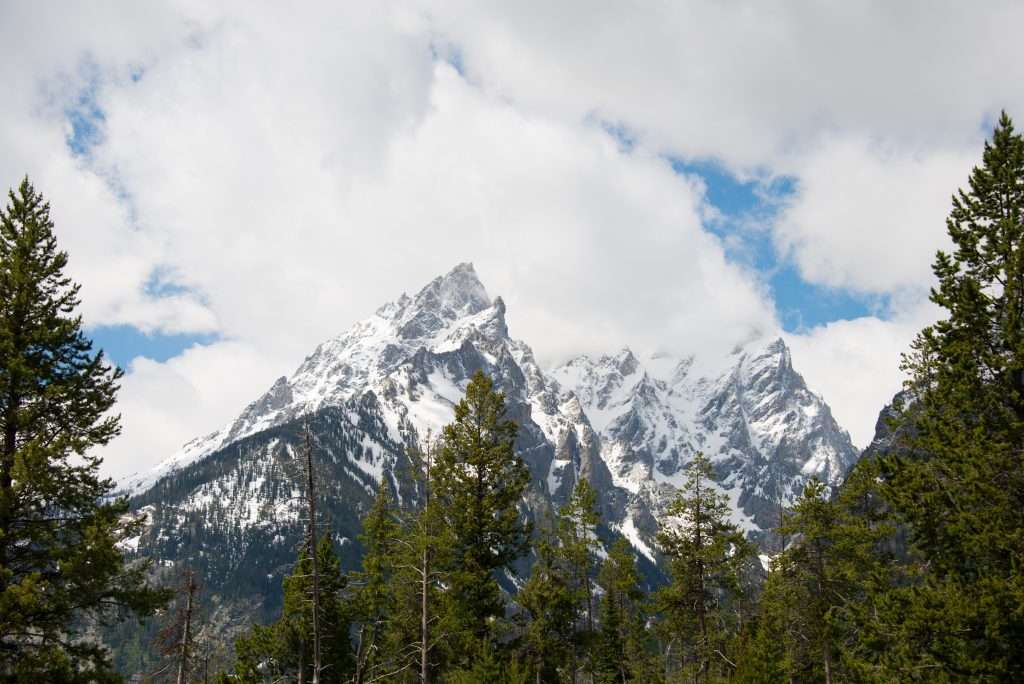 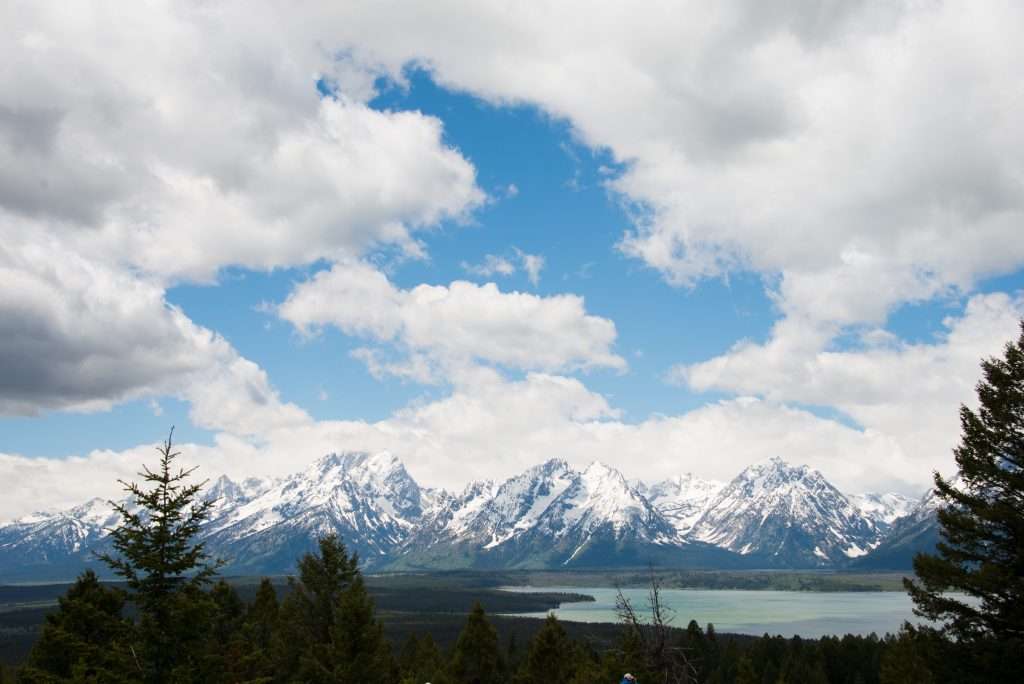 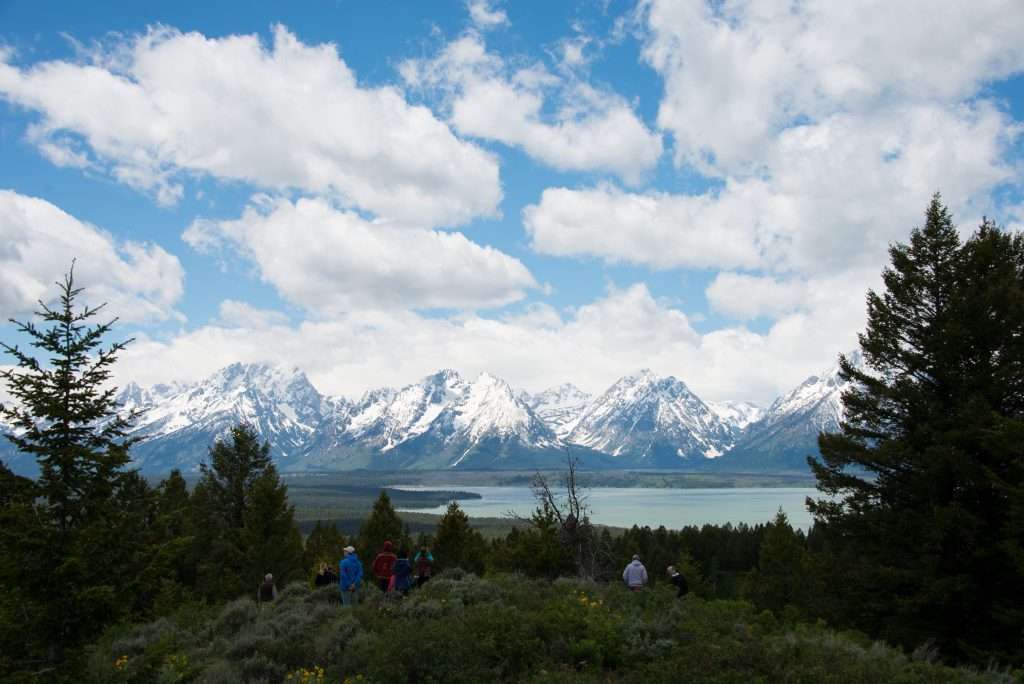 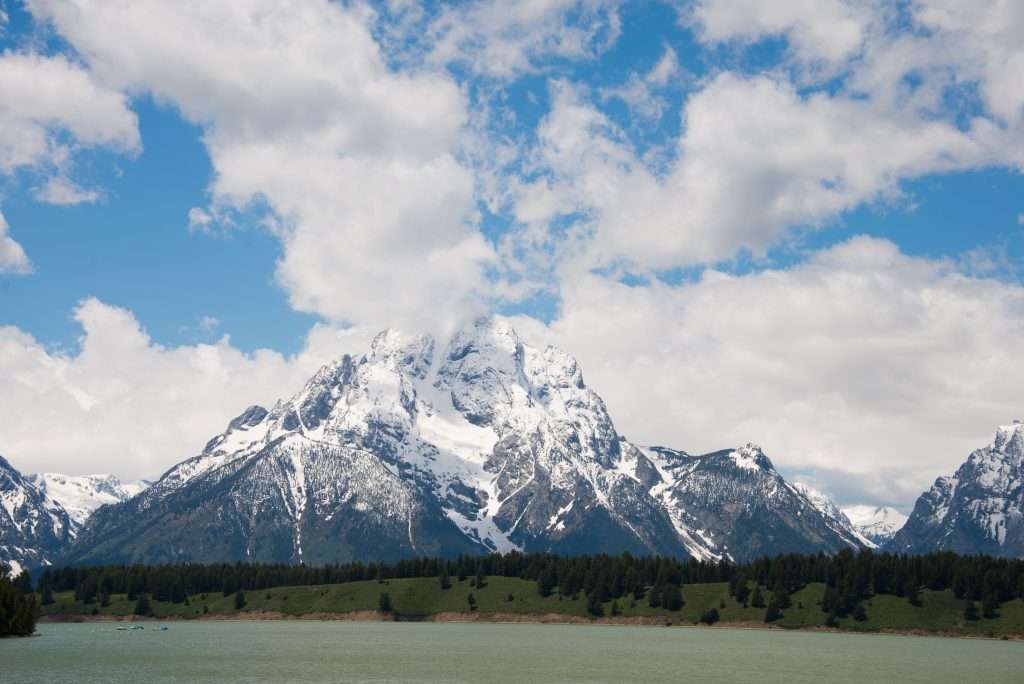 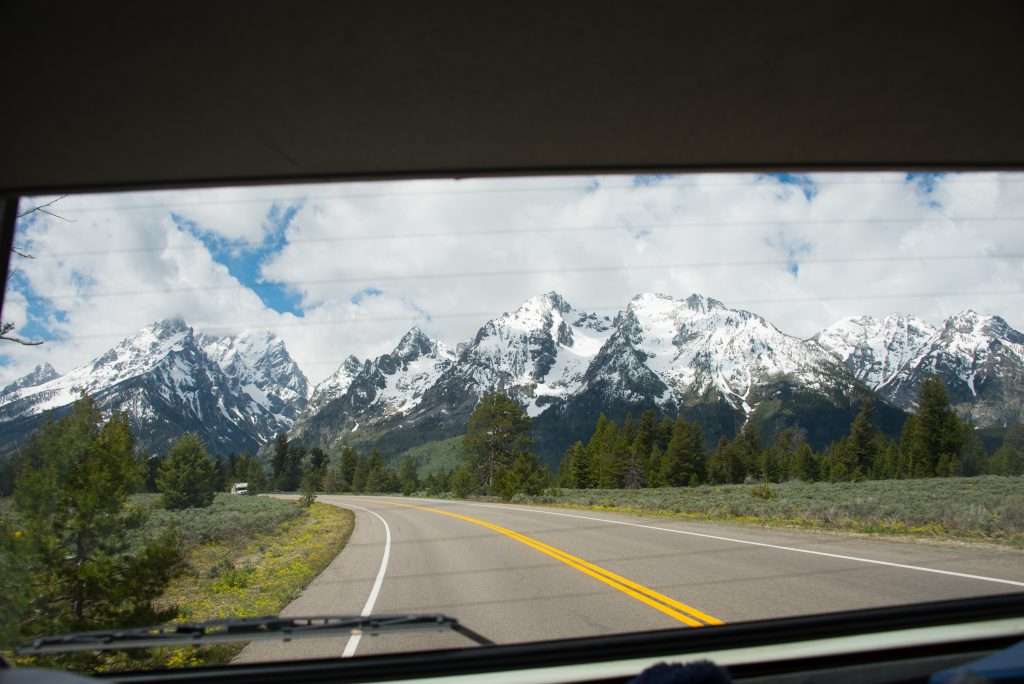 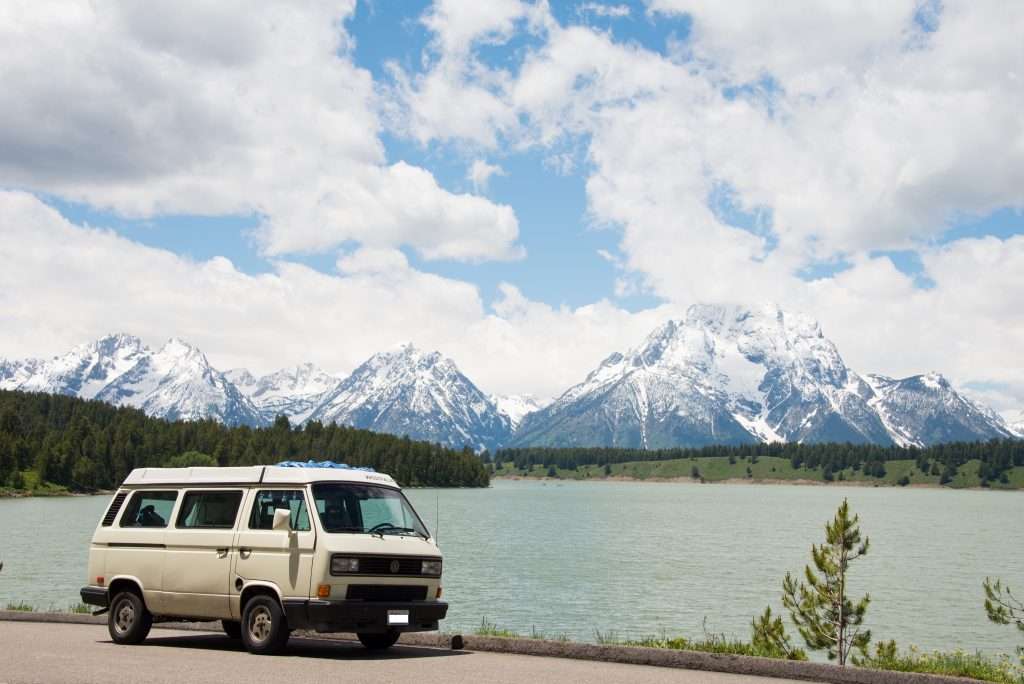