A Desert in the Mountains – Great Sand Dunes National Park

We drove through Taos after Tent Rocks and were so enraptured by the Pueblo tour there that we hardly took any photos.  Oops.  Suffice to say, it’s an extremely interesting tour and well worth the stop.  Taos the town itself is pretty neat, too, but we didn’t do anything but tour the pueblo.

It’s still inhabited and is considered one of the oldest continuously inhabited communities in the USA.  Plus, they were in the center of a discussion on Indian land reclamation when Blue Lake was returned to them by the US government in 1970.  That act stoked a lot of fears that other tribes would come to the US government demanding land be returned to them, using Blue Lake as a precedent.  That’s not a topic for this blog, but well worth reading about.

Whatever your feelings on the issue, Taos Pueblo is massively interesting.

With New Mexico in our rearview mirror, our next stop was the Great Sand Dunes National Park, a massive mountain of sand that is so seemingly out-of-place, my brain wanted to believe was trucked in rather than formed naturally. 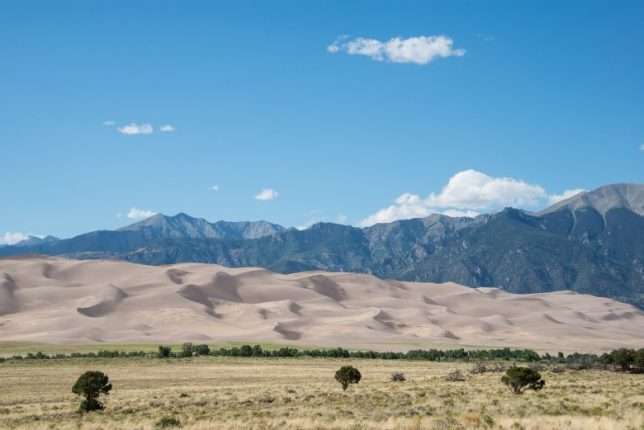 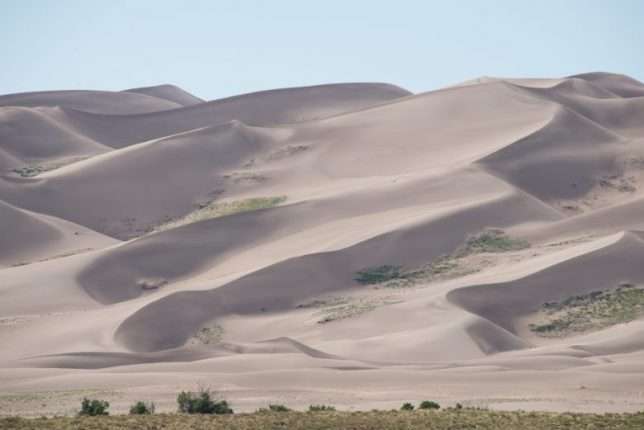 But natural it is and that just makes it even more bizarre.  Even after reading how it formed at the visitor center, the disconnect between my eyes and what I thought I knew persisted.  Believe it or not, though, we walked out to explore and take it in. 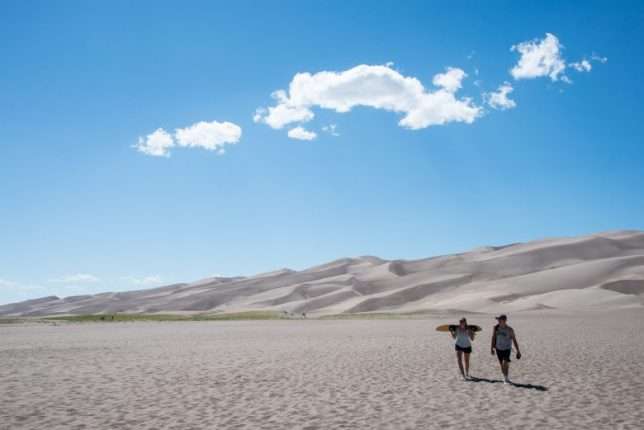 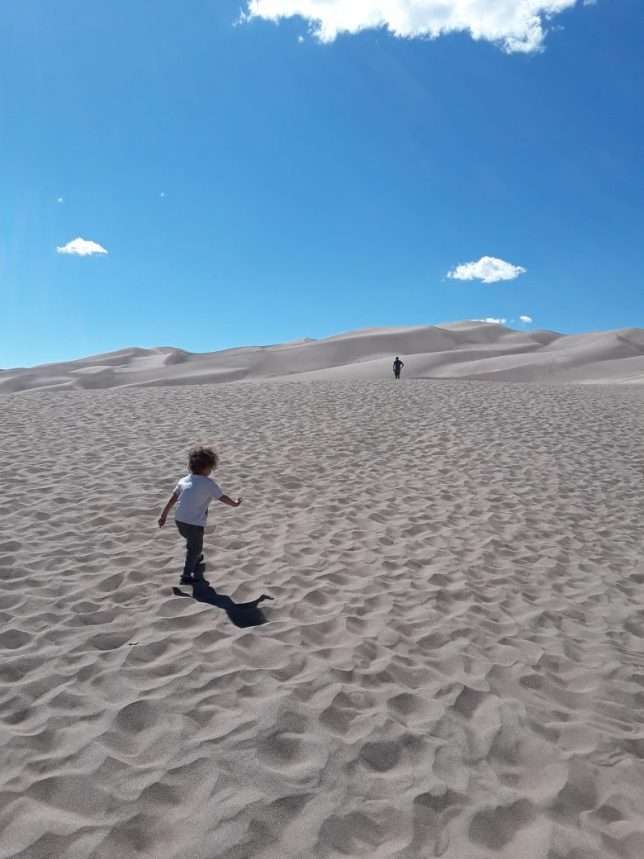 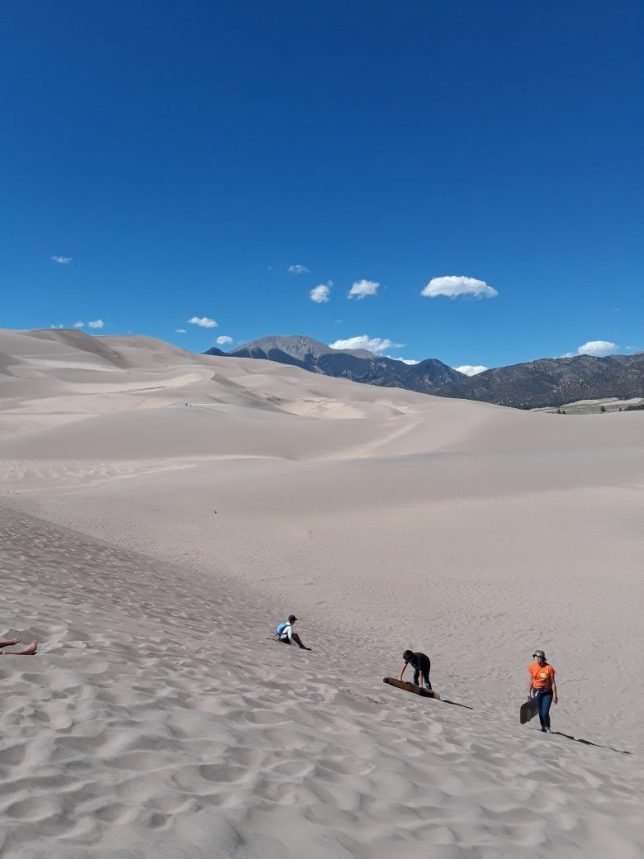 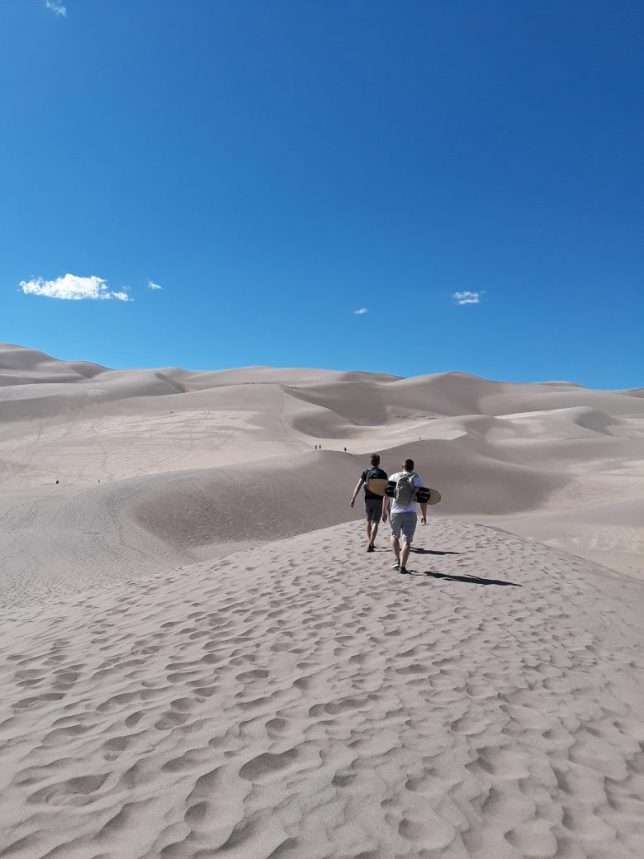 Honestly, I didn’t much care for it, though.  It was neat enough, but I would have been just as happy driving by and saying, “Wow, that is wierd.” as I would have walking around on the dunes.  Not sure why, but it wasn’t much my thing.