After imagining ourselves living in ancient public housing blocks, it was time to recoup, do laundry, and talk to a mechanic about a small coolant leak in the Westy, so we reserved an AirBnb South of Sante Fe for a couple of days.  It also gave us a chance to check out a city beloved by many.

I have fond memories of Santa Fe, my mother loves it, and my sister even spent a spell with the Santa Fe Opera.  But maybe our interest in cities has lessened, or our capacity as cheapskates has increased, but Santa Fe didn’t’ really do it for me.  The city is still cool enough and there is definitely lots of art and culture, but after an afternoon in the city, Shiz and I were kind of at a loss for something to do that interested us.  I’m sure if we had saved some money and dreally dove into the food, drinks, and activities we would have had a blast, but that was not this trip.

We did , of course, take in the wonderful cathedral downtown (where I got a free pen.  Score!) 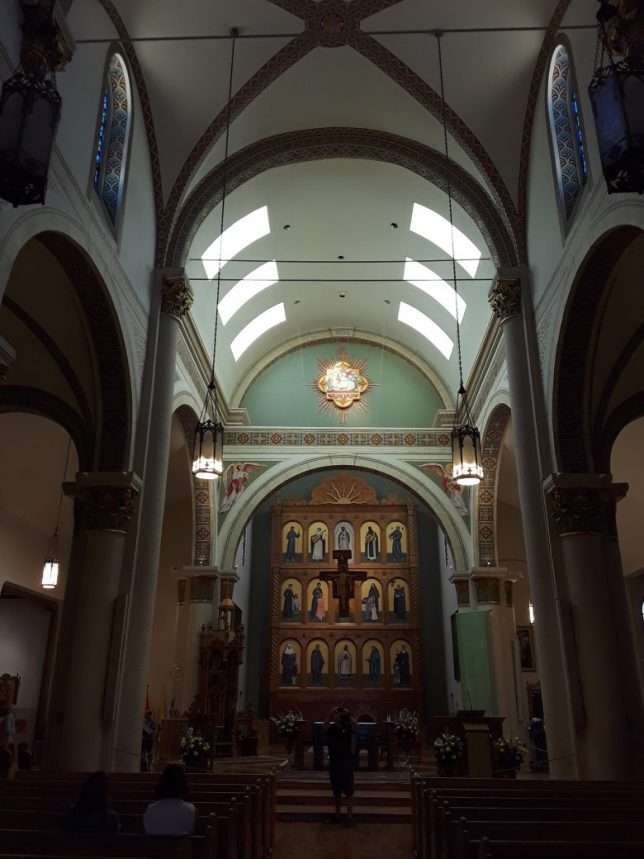 The only thing I regret is that on the day I dropped off the van, Fin and I had a father-son day in Santa Fe.  The mechanic was located next to Meow Wolf, which I won’t try to explain as I’ve never been inside.  I opted out because of the price and I thought that Fin might be too young to really get it, but you give me a time machine to fix miniscule regrets and that’s where I’m headed.

We did head, however, over to Tent Rocks National Monument and I would have regretted not going there.  The main portion of the monument is a very popular hiking trail through a slot canyon to an viewpoint of the rocks and it’s so worth it.

Formed 6.7 million years ago (at time of posting), the white sediment in the rocks makes for some very interesting geology and I can only imagine what colors come out during sunsets here. 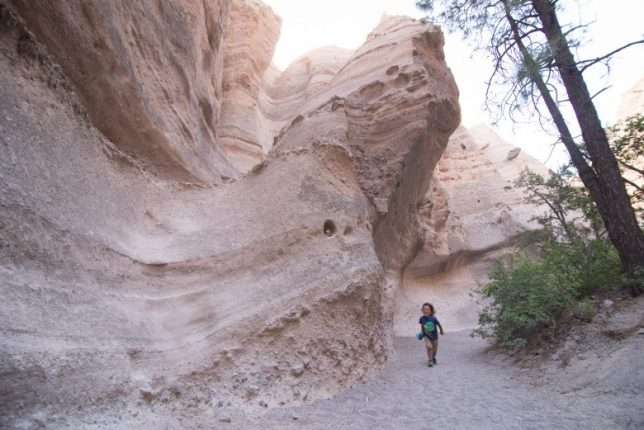 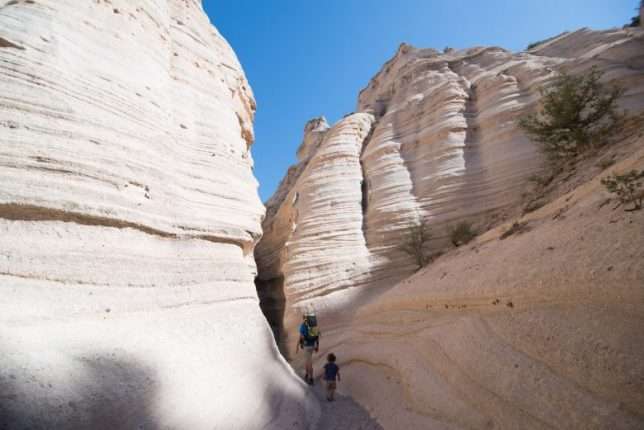 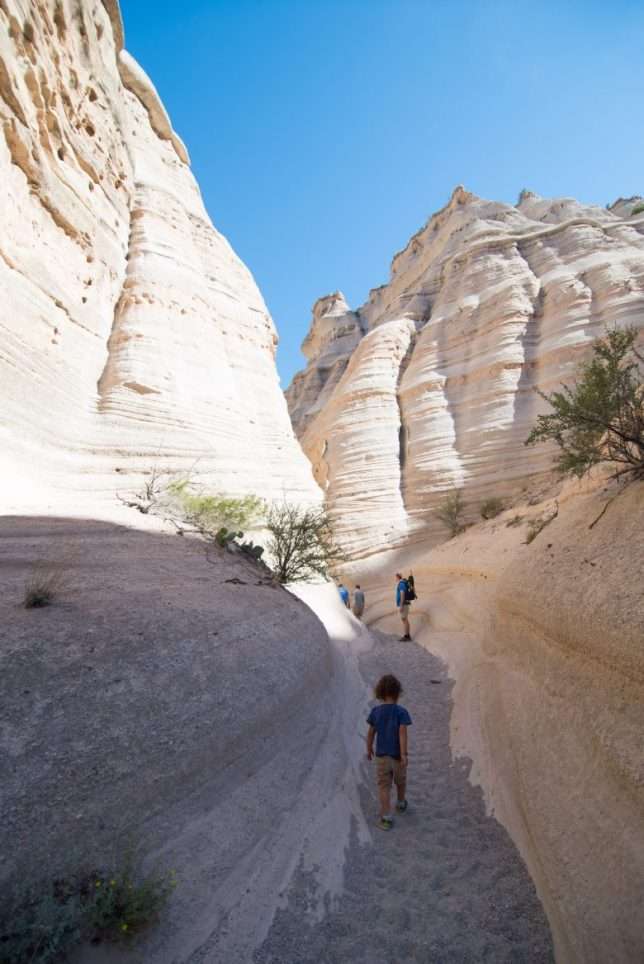 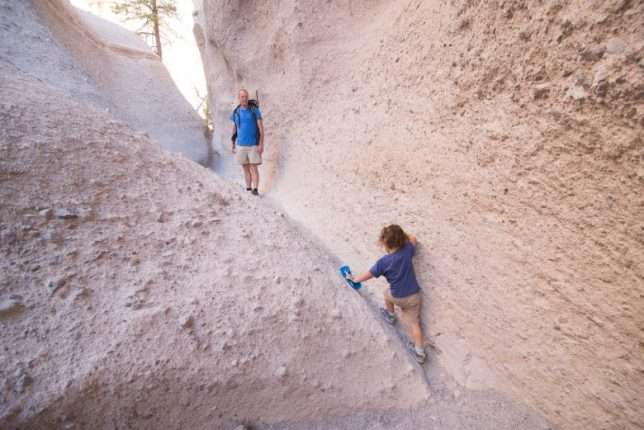 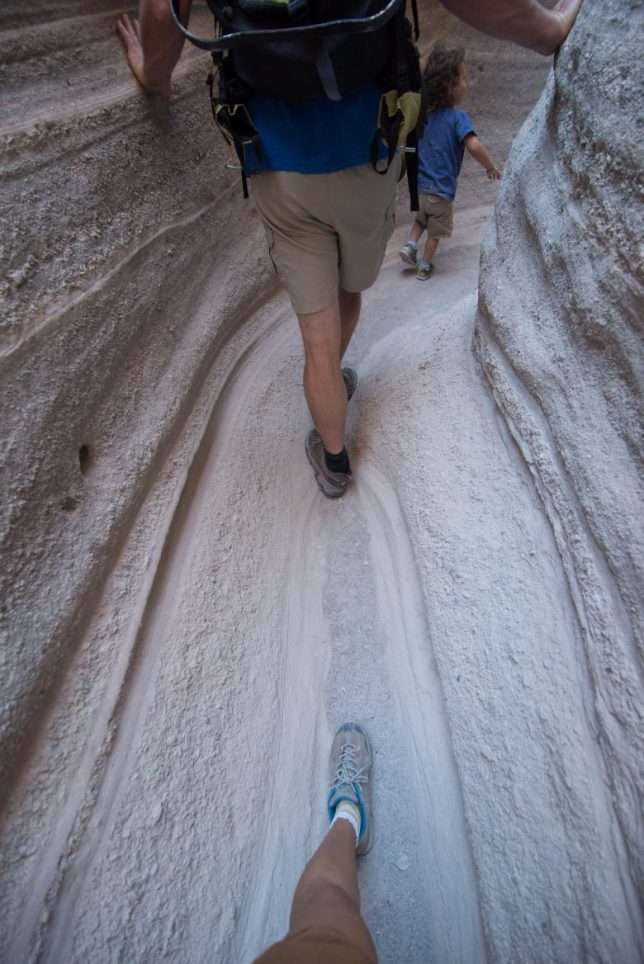 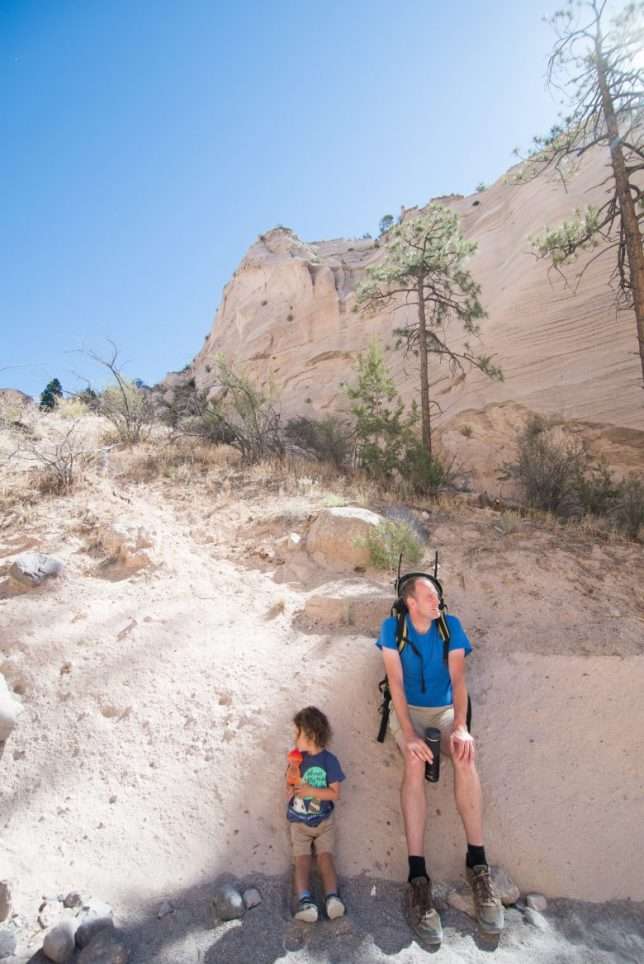 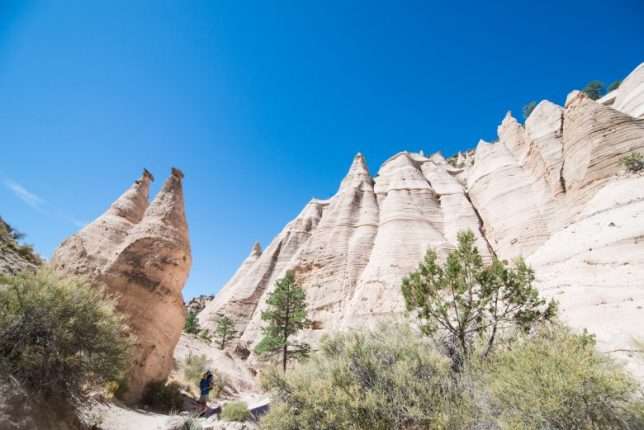 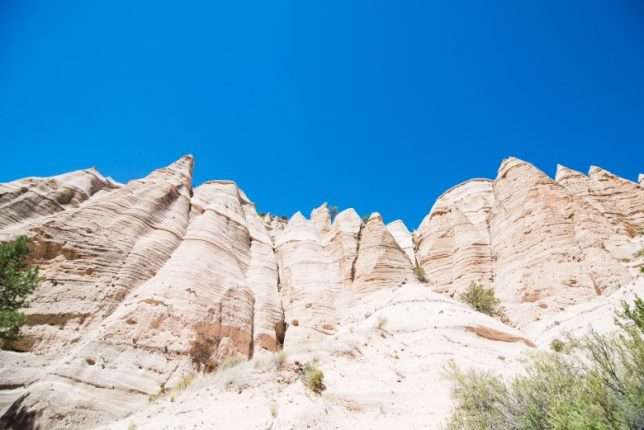 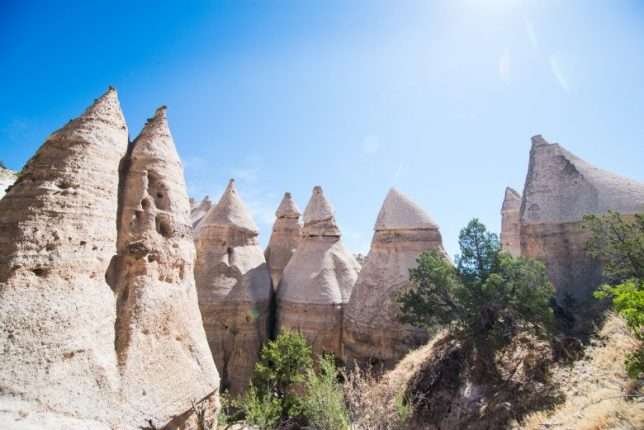 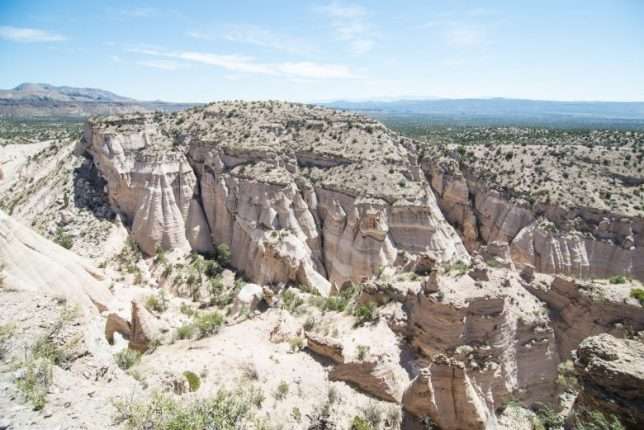