I discovered Kimori Dojo by Googling aikido dojos, checking websites, and then finding dojos with a class at a time that I could attend.  Thankfully Kimori dojo had a class at a good time, because I really enjoyed the back-to-back classes here.  The dojo-cho, Sawada Sensei, is well-known and respected in the Aikido community, with trips teaching trips to Europe and the US.  He regularly sees visitors attend classes and also hosts an uchideshi program (a student living on site). 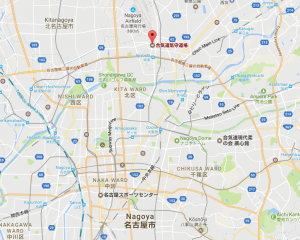 The first class was taught by a senior instructor who covered more fundamentals, with a lot of work on ikkyo.  She talked about some of the paradoxes in effective technique, such as how when you want to extend your arm up to meet a shomen strike, you must pay attention to extending down.  Without extending down, moving up doesn’t happen.  I still have no idea why stuff like that works, but work it does.  She also focus on getting out of the way of uke so that you don’t collide with them.  The idea is to blend with uke, not bump into them.

After the first class, Sawada Sensei himself taught the second class.  He’s very thorough, very relaxed, and very effective.  His waza is absolutely unforced, yet irresistible.  It’s definitely the kind of Aikido I am to achieve (fingers crossed).  His students show a lot of respect to Sawada Sensei and they enjoy a very strong rapport with their sensei.  When I train at dojos I always feel like you can learn more about the sensei by paying attention to the students because they reflect the cumulative teachings of said sensei.  Using that as a yardstick, training at Kimori dojo is committed, serious, intense, and exploratory.  While training we focused on training, though the focus was academic as opposed to aggressive.

This is the second of two dojos that I visited in Nagoya and I have to say that if I  lived in Nagoya then there would be quality options aplenty.

Here’s a link to their website (English available): http://www5e.biglobe.ne.jp/kimori/index.html?1