Now that we better understood some of the active volcanoes in the area, we went to see what some of their predecessors had done by exploring a couple of the caves in Lava Beds.  There are so many caves that it would probably take 3 days to explore all the ones that are open to the public, but as many of them were more taxing than we could reasonably explore with a toddler, we chose some simple ones and made a day of it.

But first, of course, came the visitor’s center.  The information here surprisingly contained a lot less about caves and volcanoes than I thought it would; about 1/3 of the info covered the native population and their habits.  I’m glad – I learned a lot about the Modoc – but I was just surprised.  The rangers were, as everywhere, very nice and here they do one thing that I will thank them for all day long: they loan out high-powered flashlights.  Our headlamps were okay and would have let us walk around a bit, but the ones they loan out made the whole thing so much more enjoyable.

Flashlights in hand, we drove off to the stairs down to the first cave. 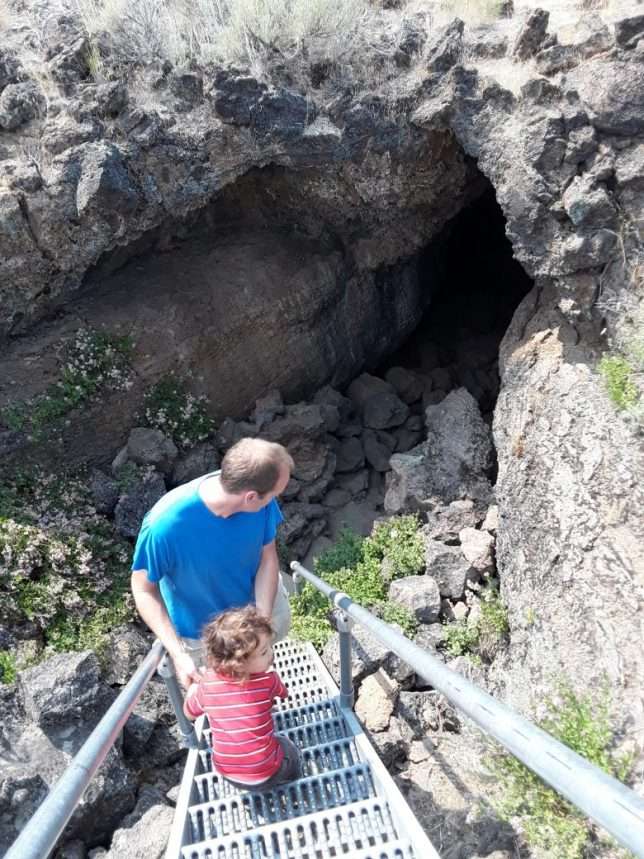 I love spelunking and as these were formed by underground rivers of magma in younger mountains, they’re radically different than any of the ones on the East Coast.  The areas that are open for humans to walk around in are typically less than 1 km and all of them around here a long, smooth(ish) tunnels.  None of the vast caverns of the East or Southwest, but very cool in their own right. 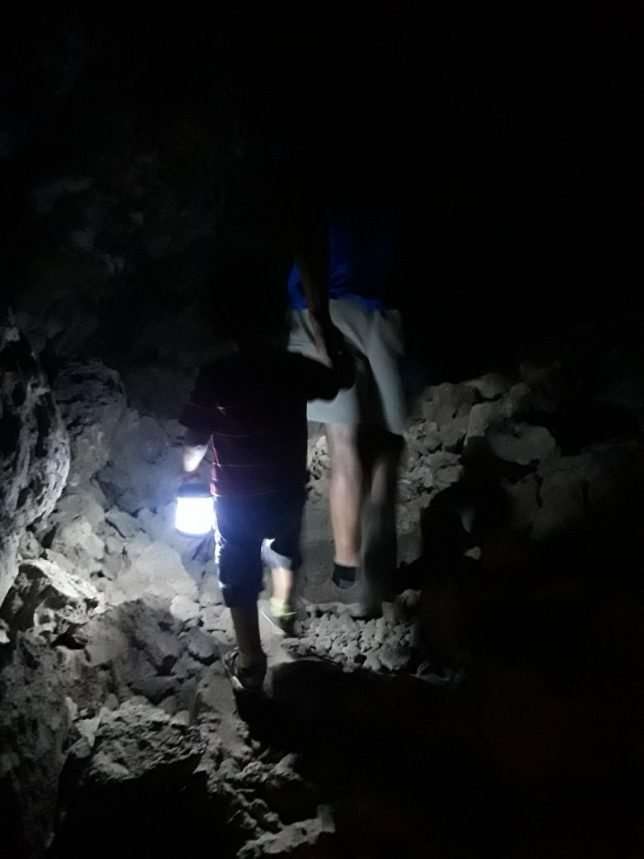 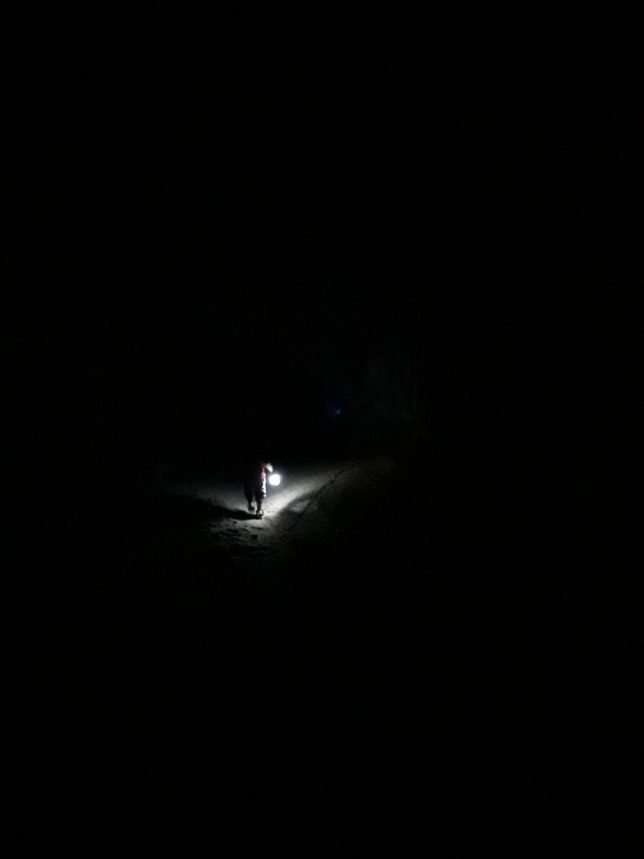 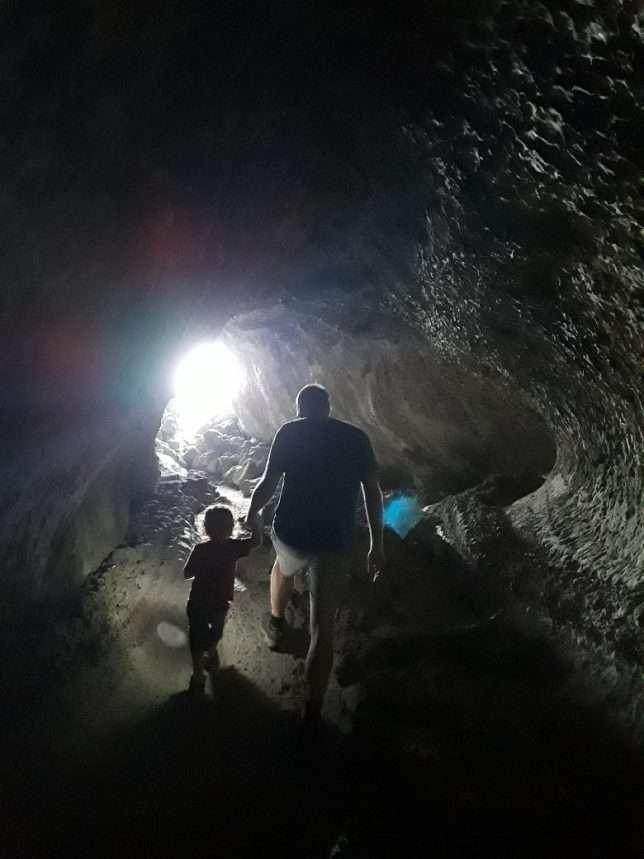 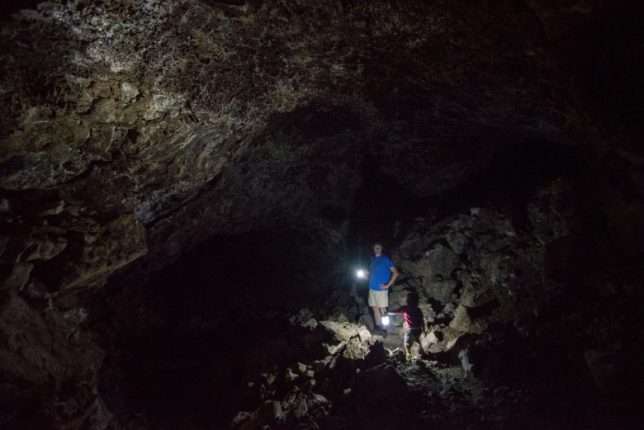 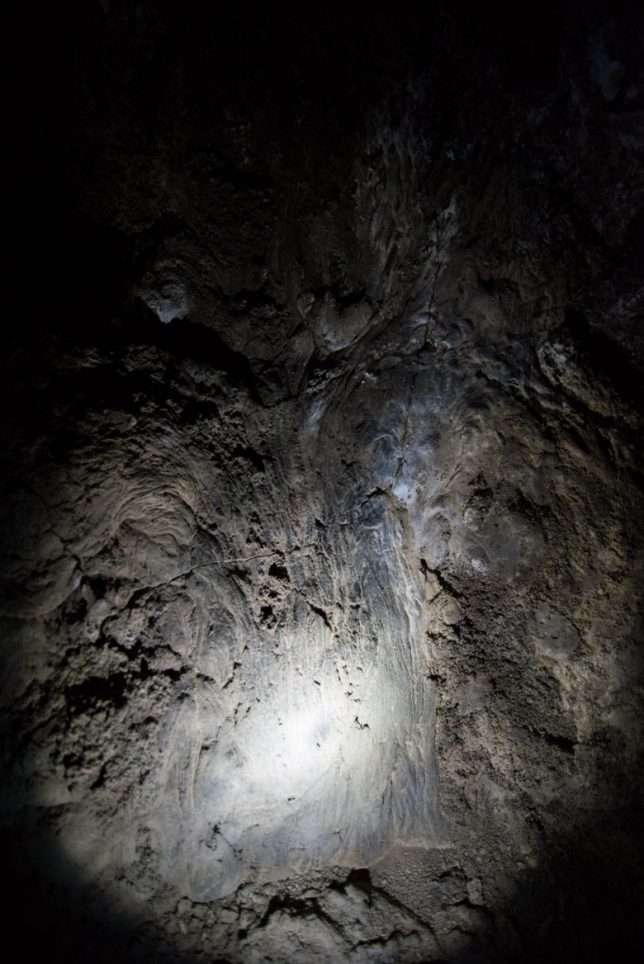 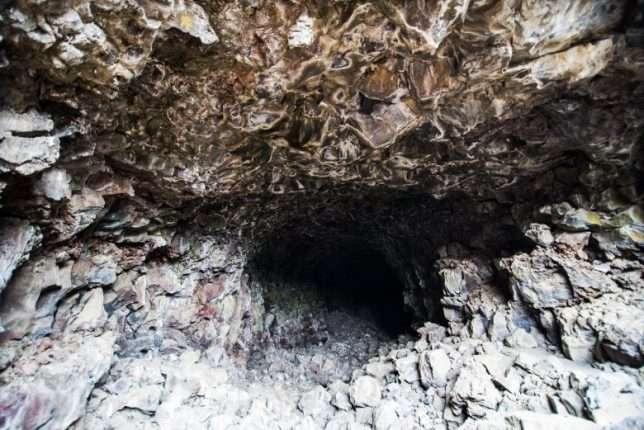 We walked through 5 acves, but my easy favorite was Sunshine Cave.  It wasn’t the longest one that we visited, but it contained a variety of different rocks and a neat chasm or two.  It gets its name from the hole in the roof halfway through, which also means that various plants grow where the sun’s rays strike. 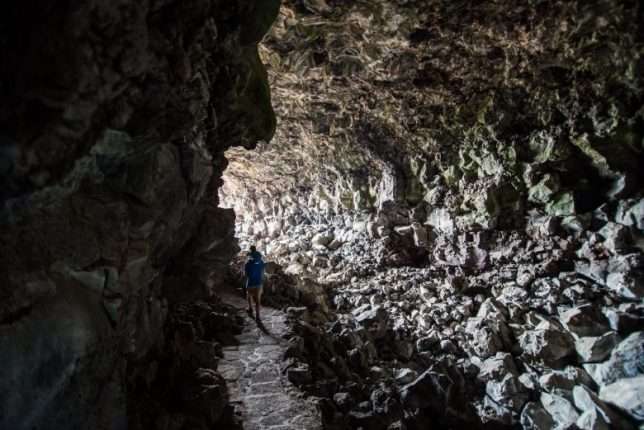 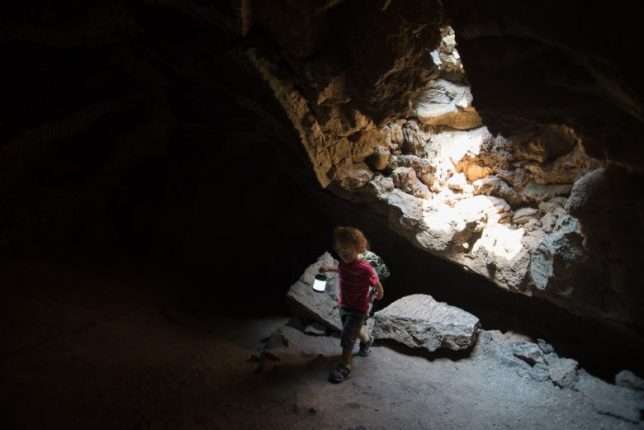 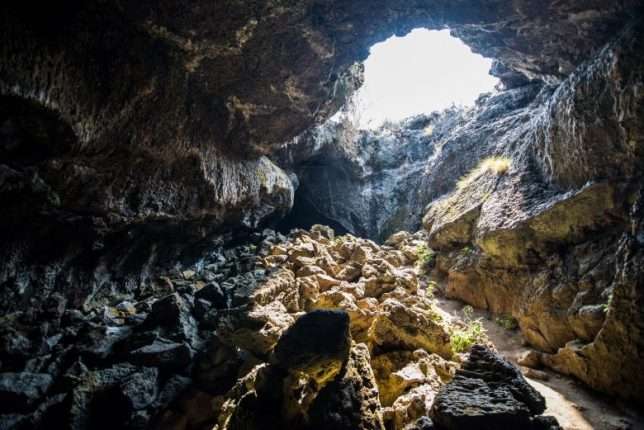 I’ve never had a bad time caving (Fin has never broken down crying inside of one, though) and I don’t think it’s possible at Lava Beds.