Our friend in Missoula mentioned the Lewis & Clark Caverns as one of his favorite things in Montana so we decided to check them out.  They’re not on our map and the first sign we saw for them was on the highway exit, which is odd because they are awesome.

At the entrance to the park is a small campsite and visitor’s center, but there’s no need to stop if you’re just visiting the caves since you have to buy your ticket for the caves at the center several miles up a winding road either way.  There are no set times for tours, so anytime is as good as any other.  Tours set off when they have enough people, so while you could wait for up to an hour for a tour if you go on a weekend then your wait won’t be as long.  The parking area has picnic tables, a gift shop, and some wonderful views, so even if you have to wait it will be a pleasant one.  Kennels and baby carriers are available as well.

The tour starts with a mile walk uphill, which was too much for one of the people in our group, who turned back halfway there.  Once everyone reached the mouth of the caves, the guide gave some history on the caves and some general guidelines as to how we will move.  A colony of bats lives in the caves as well, so he provided some caution on them and the narrow steps inside the caves. 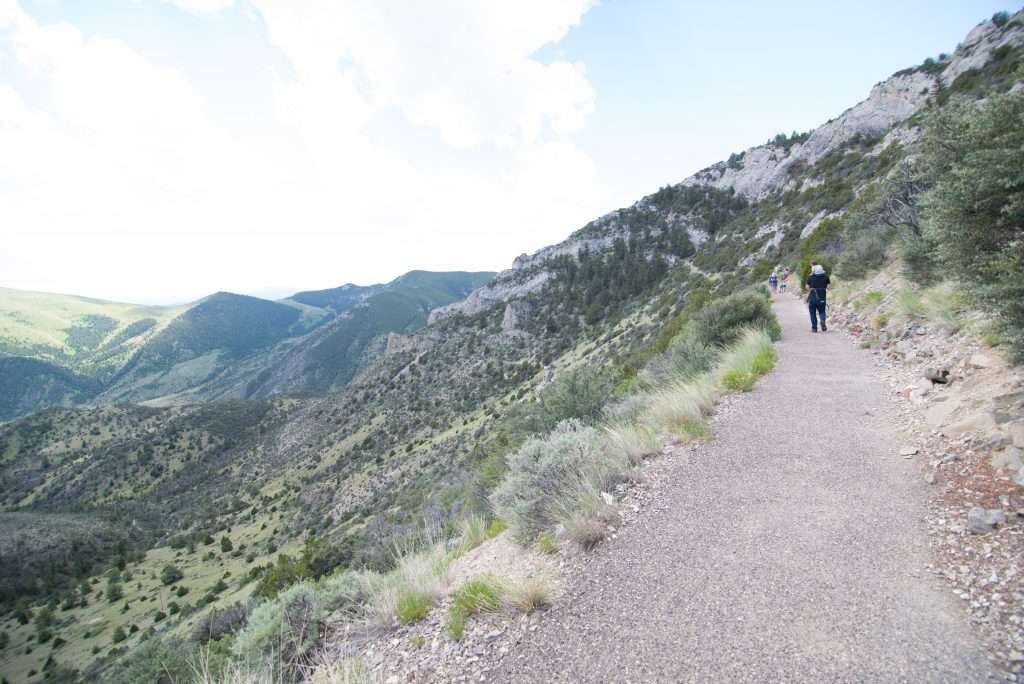 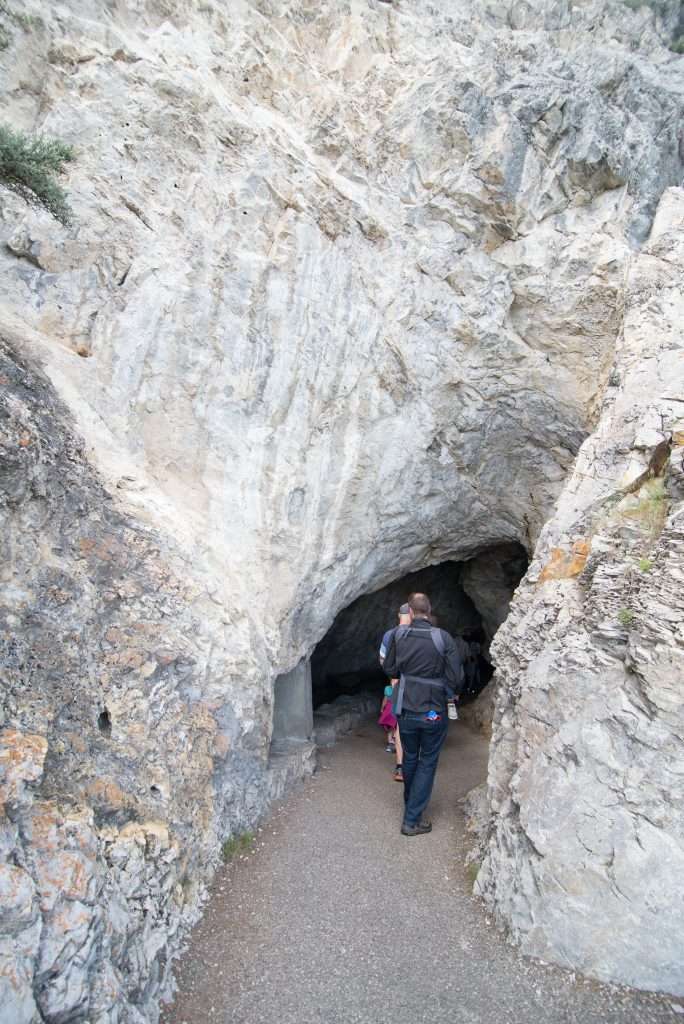 The caves used to be privately owned in the early 1900s and tours occurred by candlelight.  Eventually, the owner donated the land to the government, who did little with it until the Civilian Conservation Corps created the infrastructure used today.

The caves stay a constant 48 degrees year-round, so with our jackets on and Fin strapped to my chest, we entered the darkness. 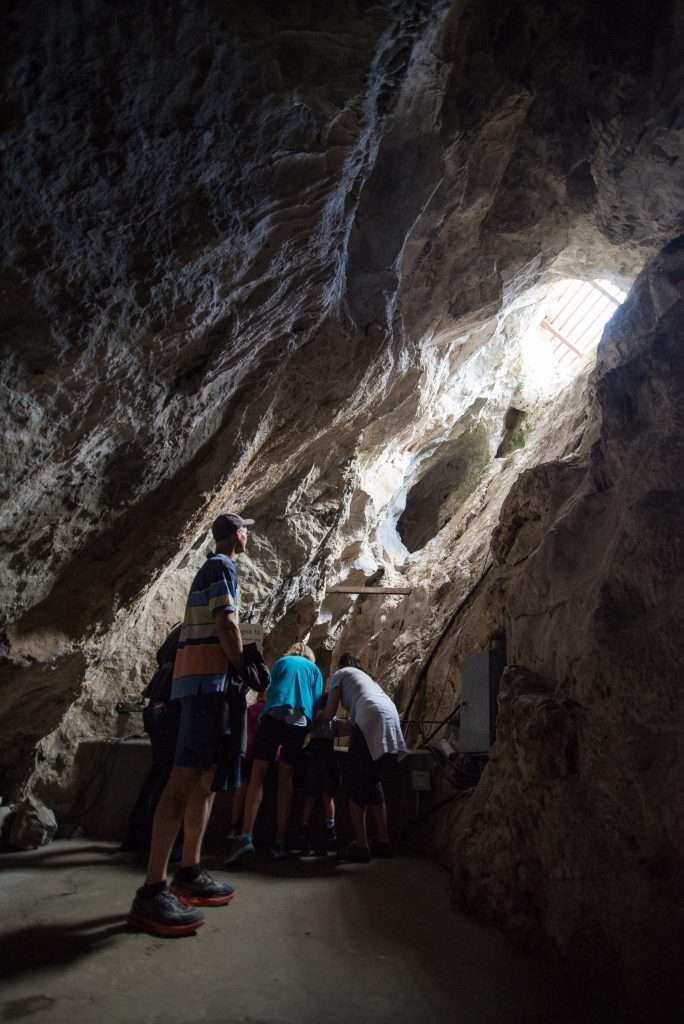 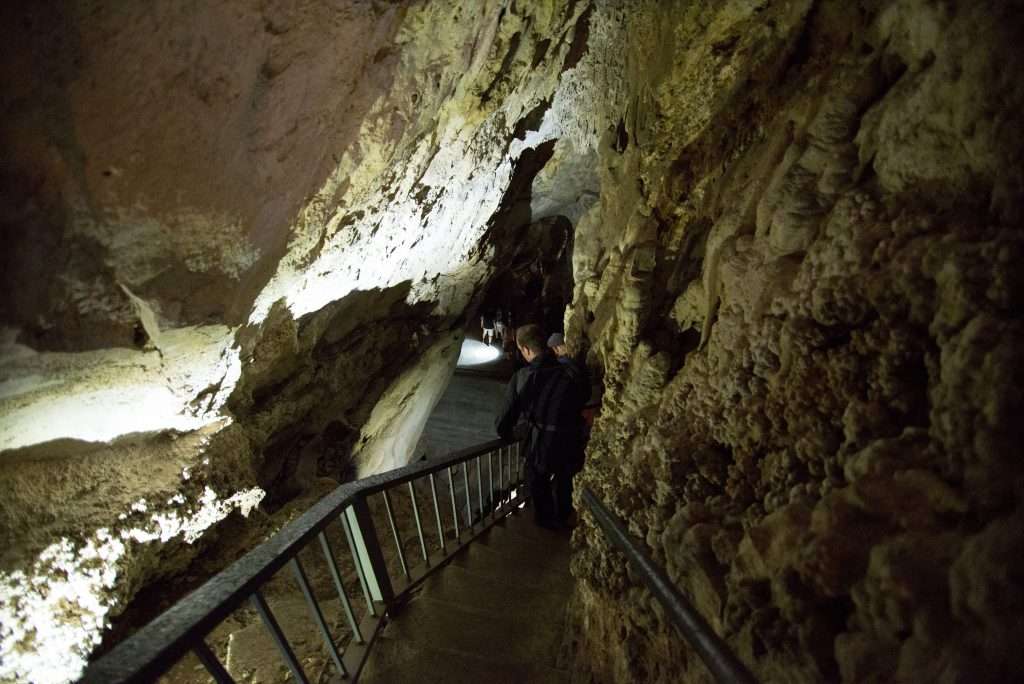 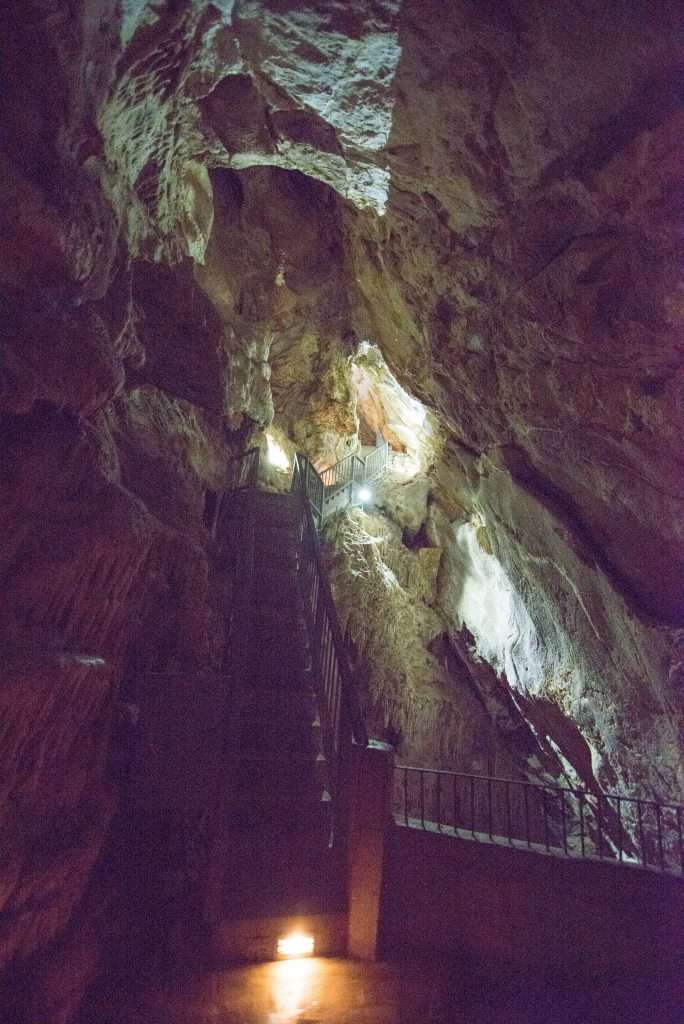 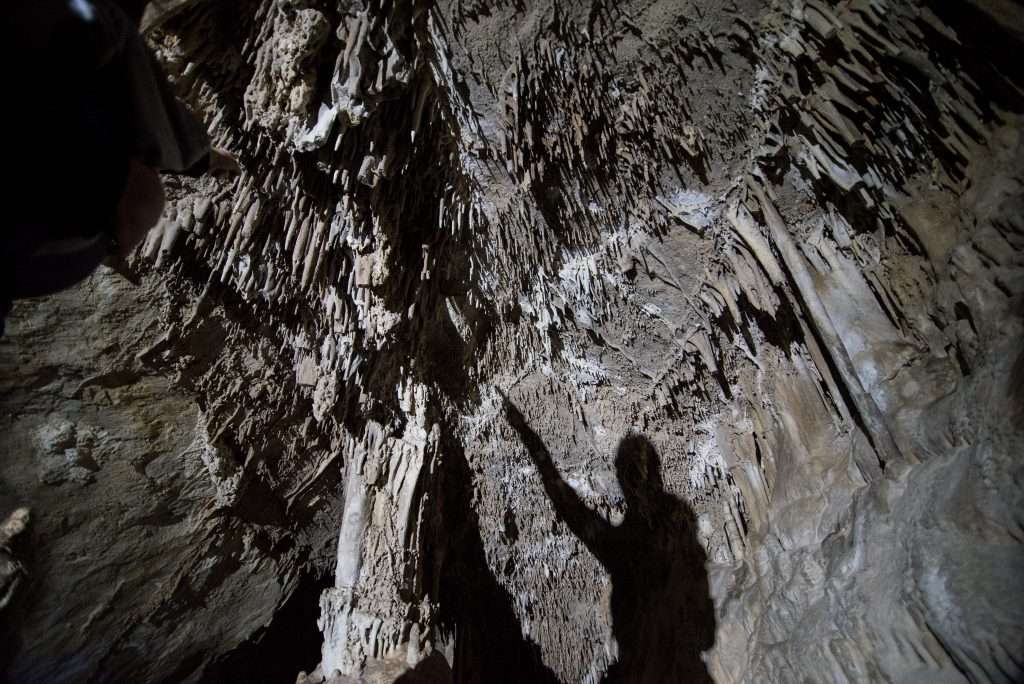 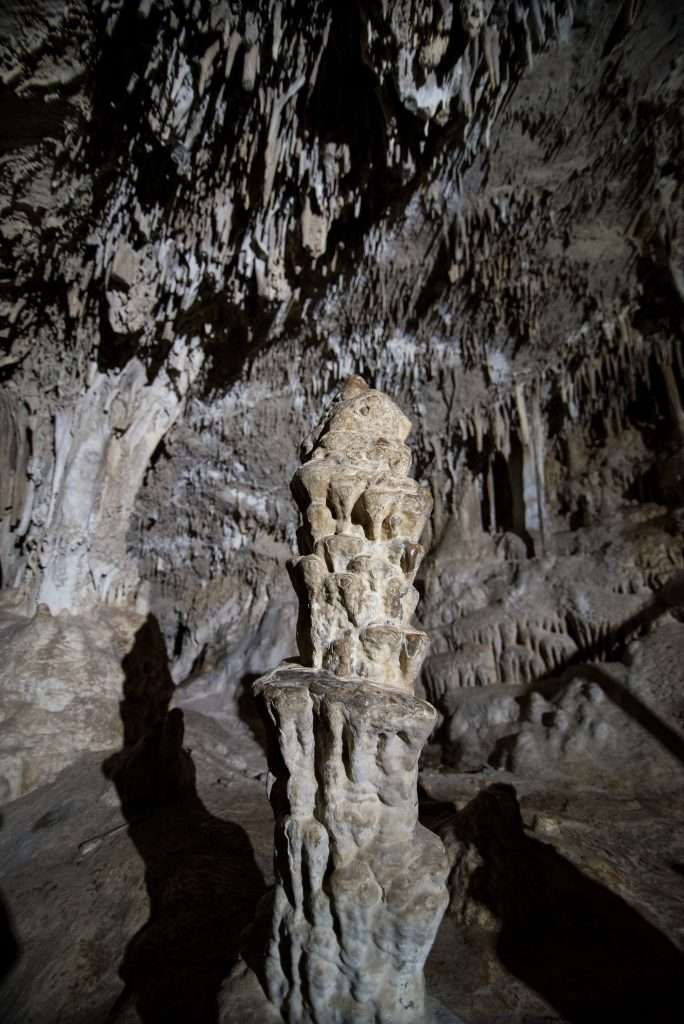 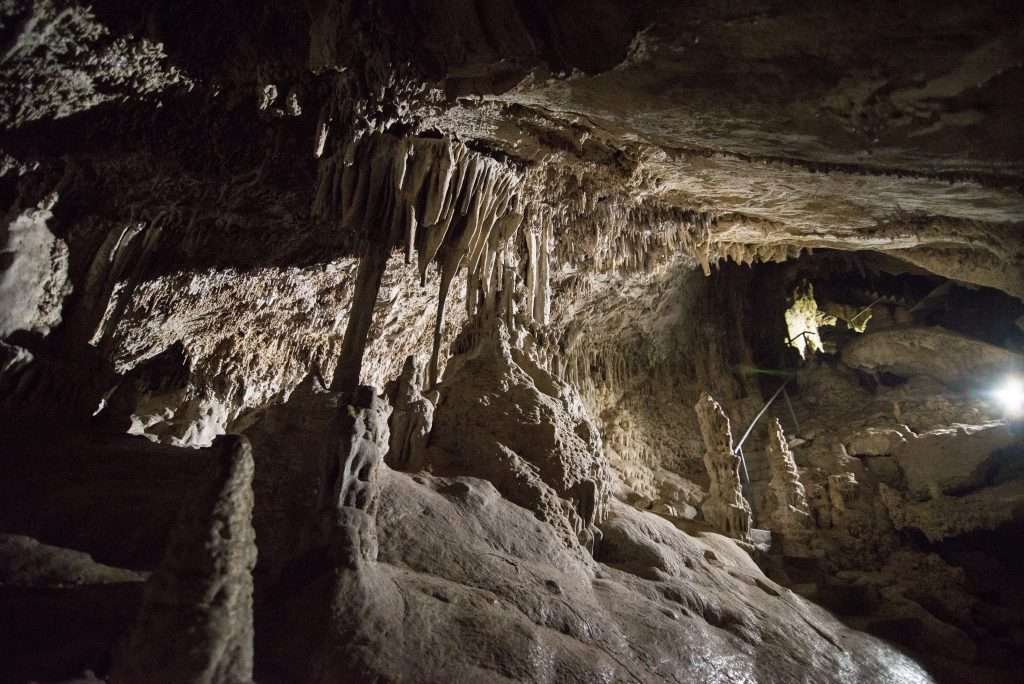 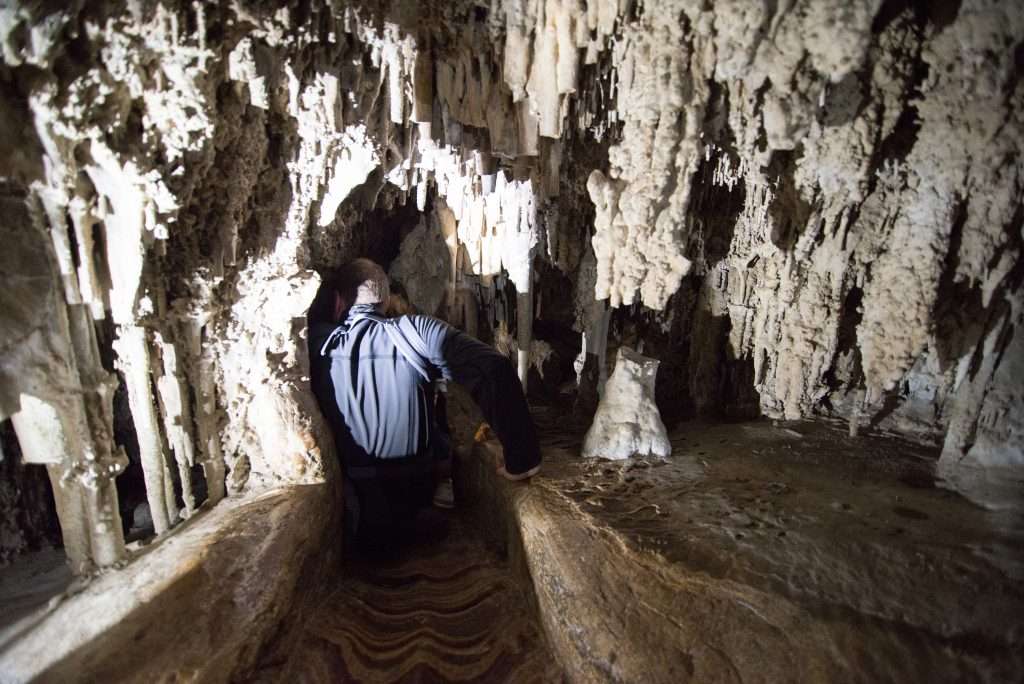 I love caves and these are good ones.  There are about five large rooms with wonderful formations, including a type of formation found in only 1% of caves worldwide.  Many of the stalactites have been broken off because the private owner allowed people to take souvenirs home with them.  Today, doing so carries the same punishment as grand theft auto in the state of Montana.  The paths are narrow, the stairs steep, and some of the ceilings low.  Crouching and walking with Fin was interesting, especially after he fell asleep.  Thank you, Aikido, for all the knee-walking practice! 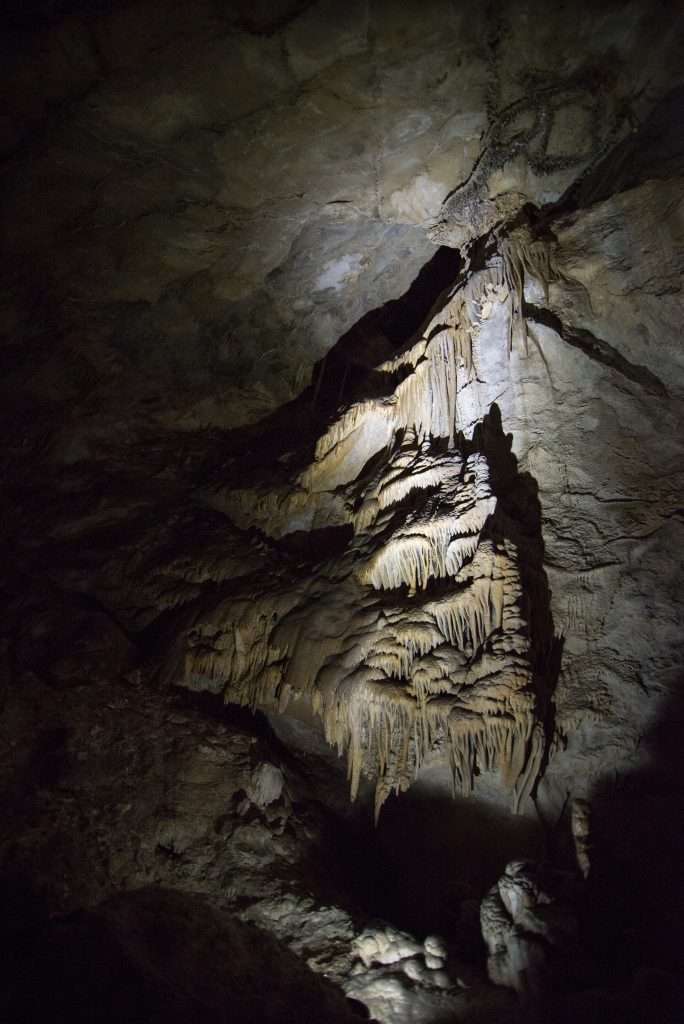 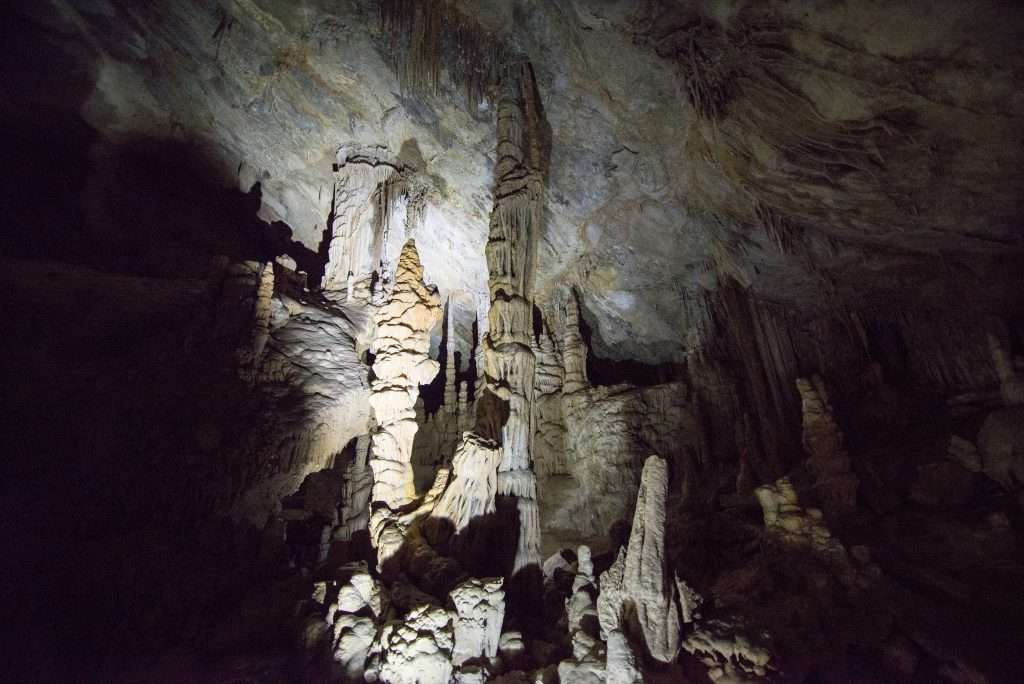 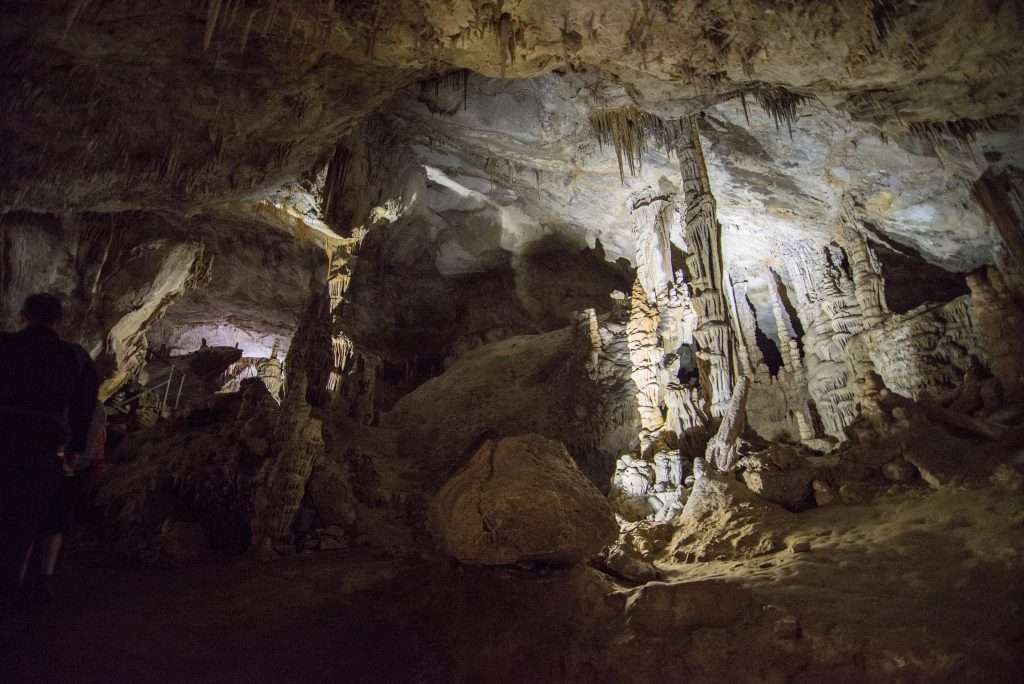 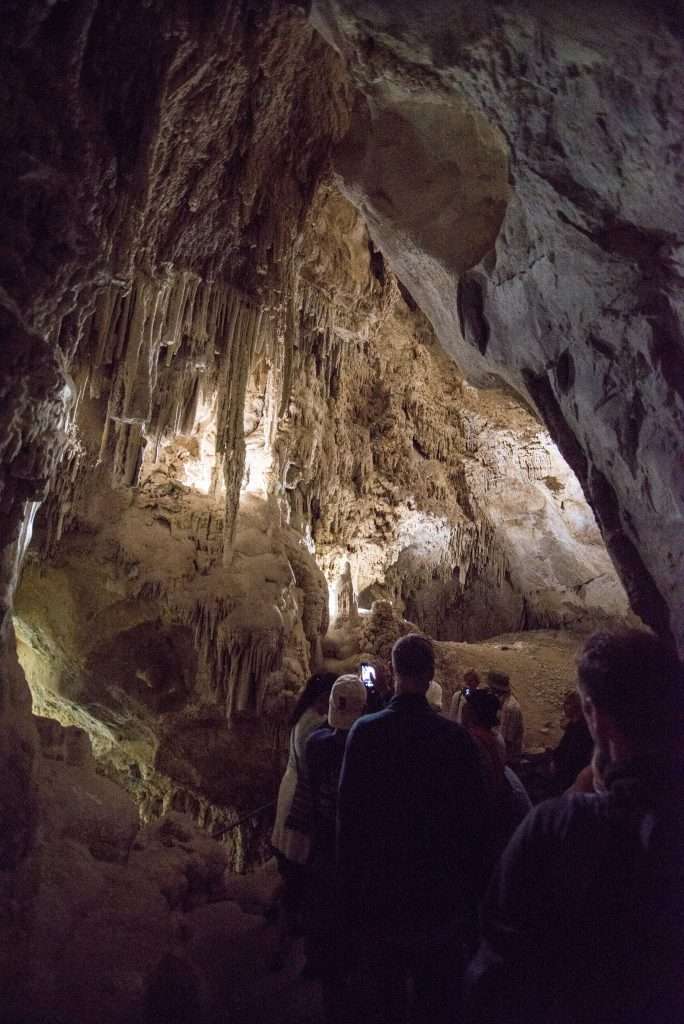 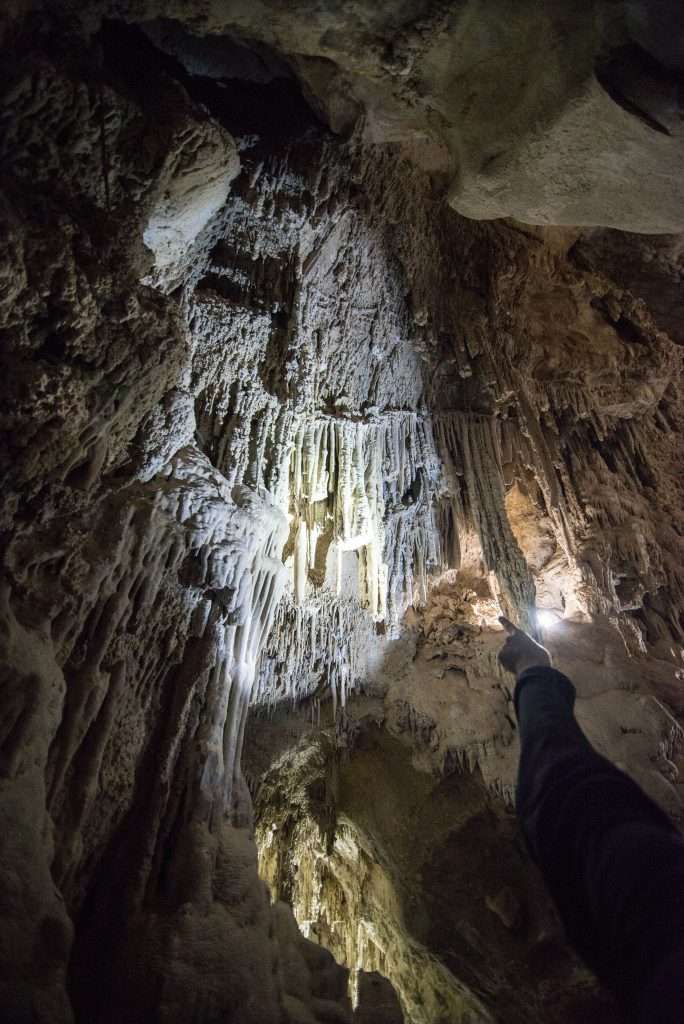 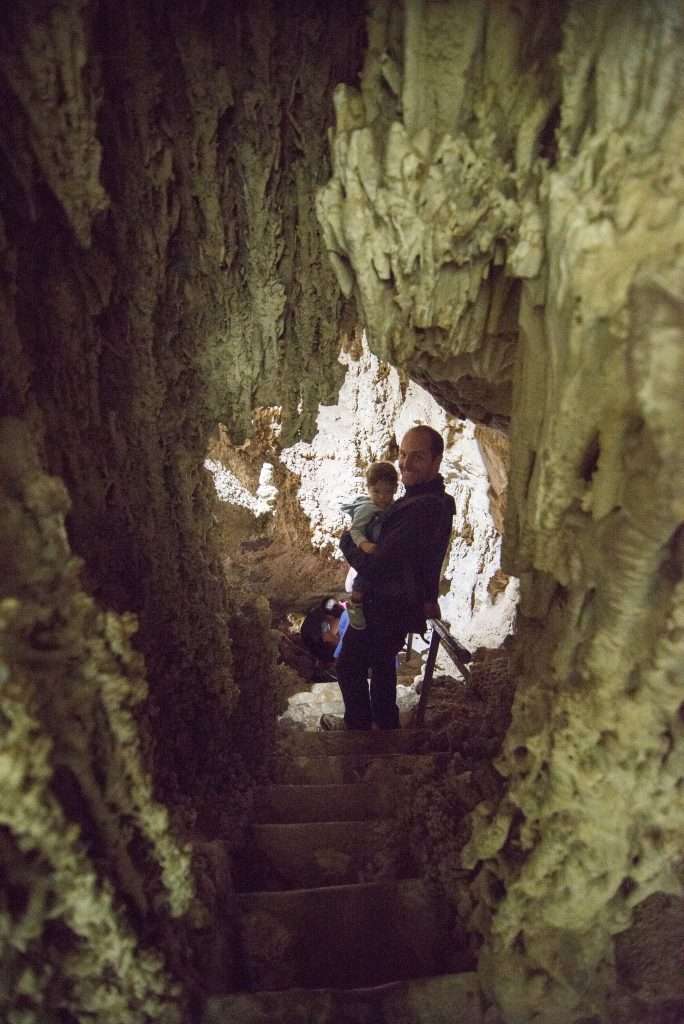 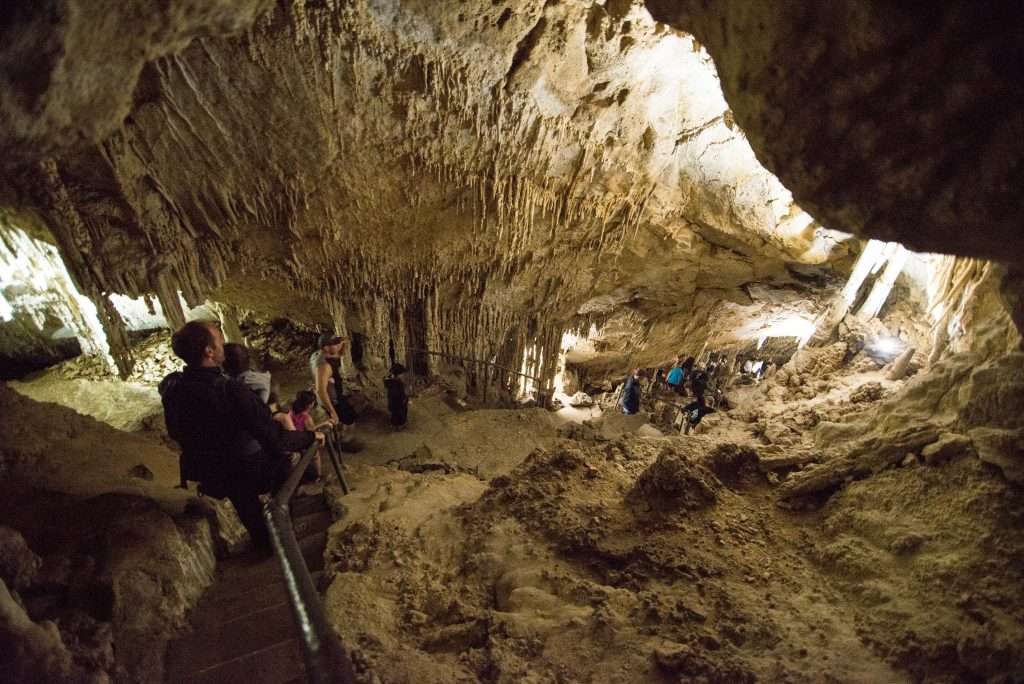 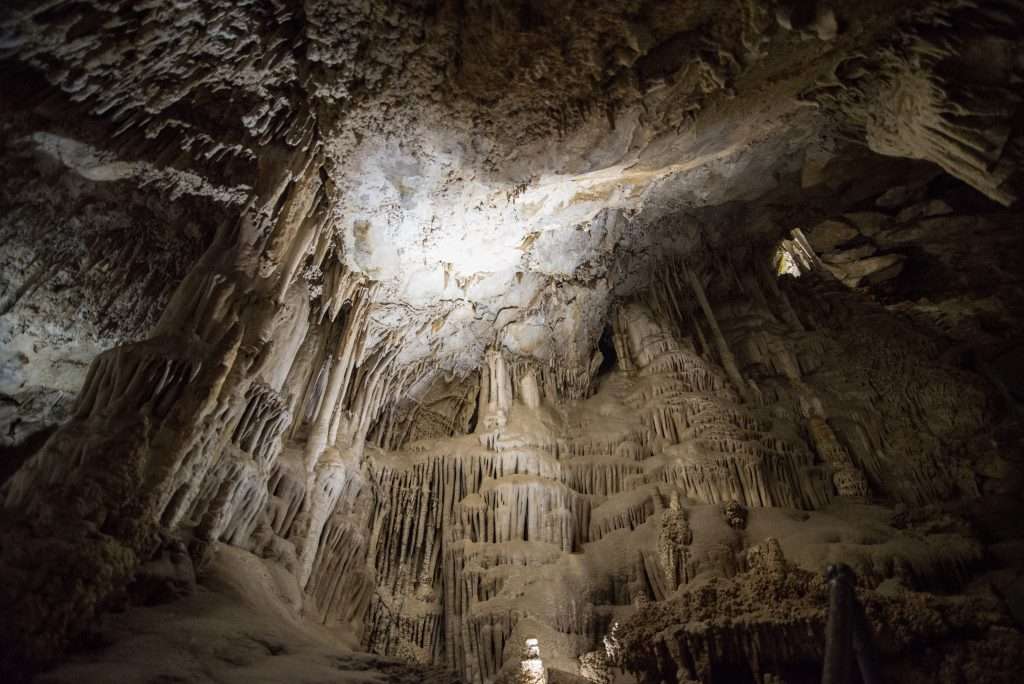 Our tour guide provided excellent info and was a great leader.  The tour paces well, with a great balance of info, speed, and visuals.  We walked the main route, but there are special tours through some of the smaller paths that I would love to do, including a candlelight tour to give the feel of an early 1900s tour, which sounds right up my alley. 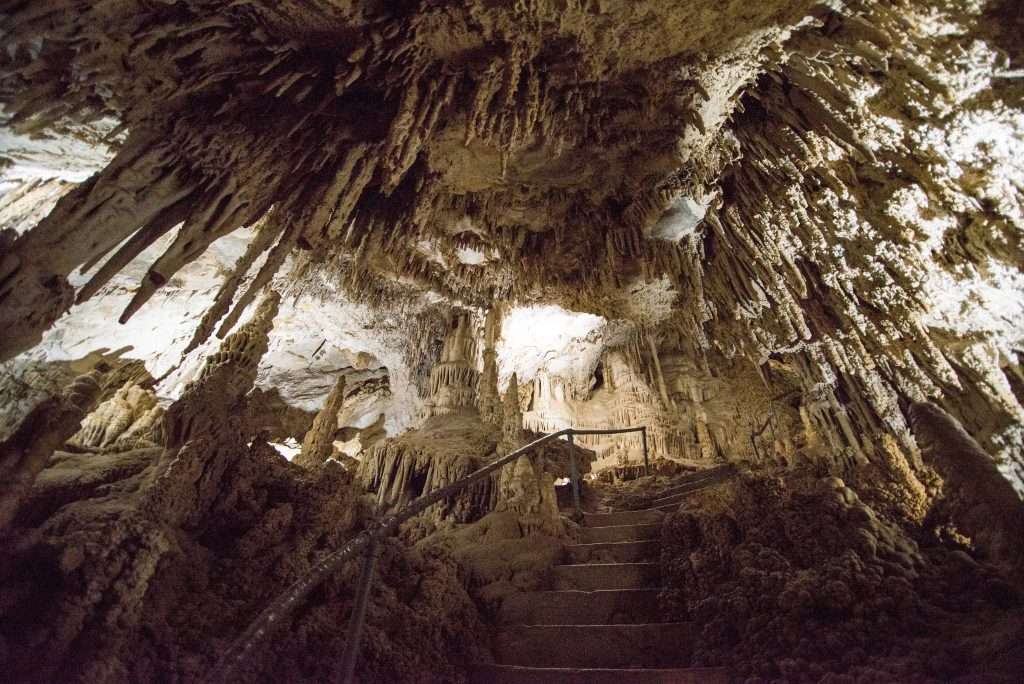 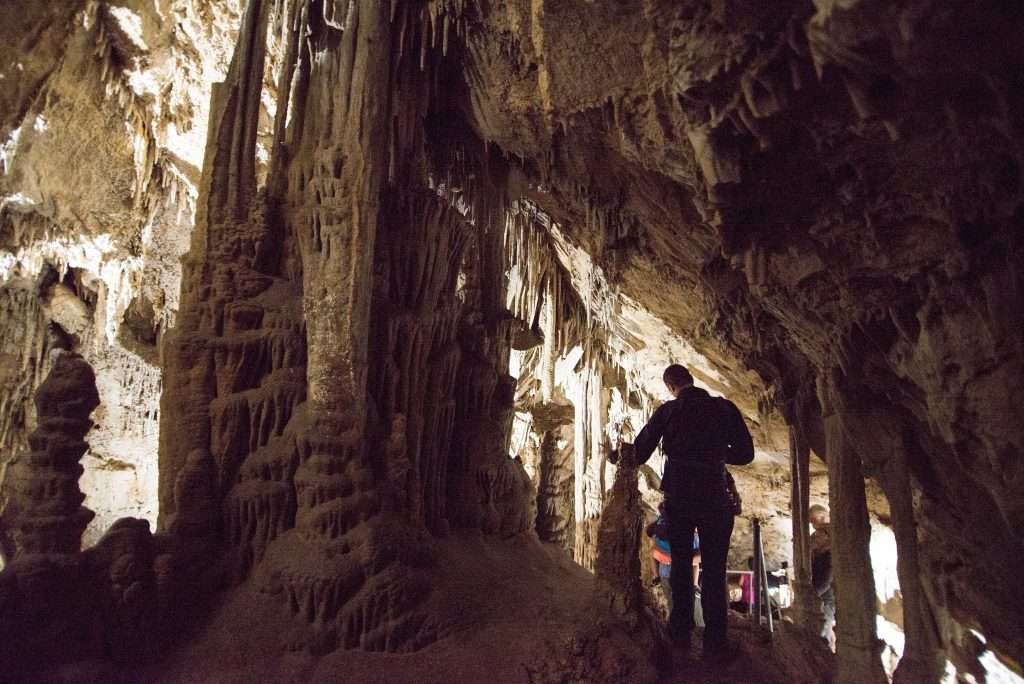 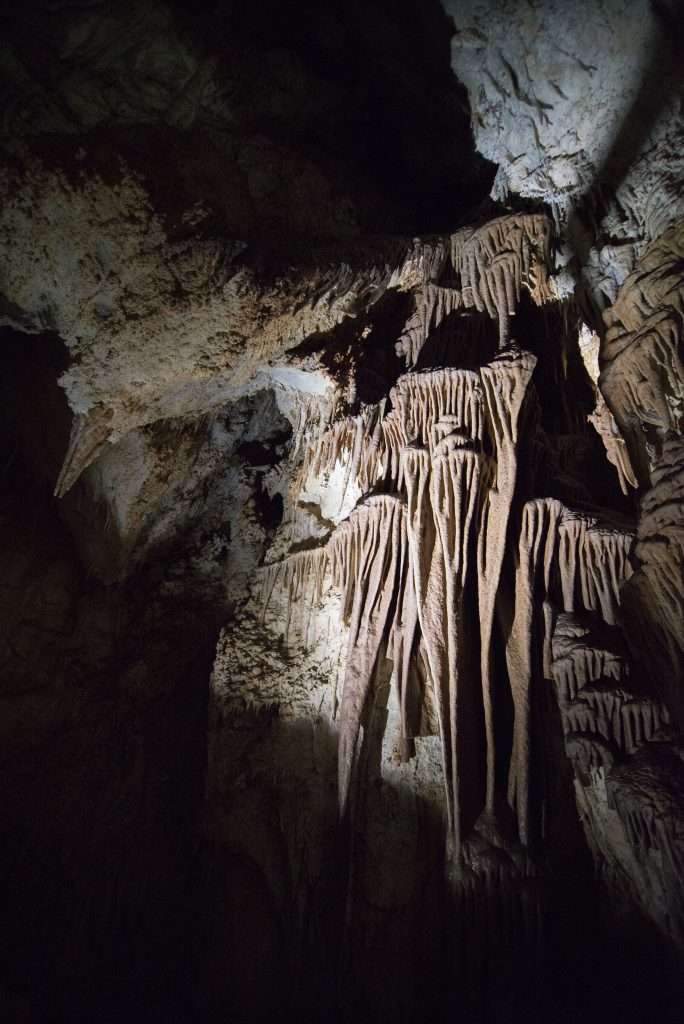 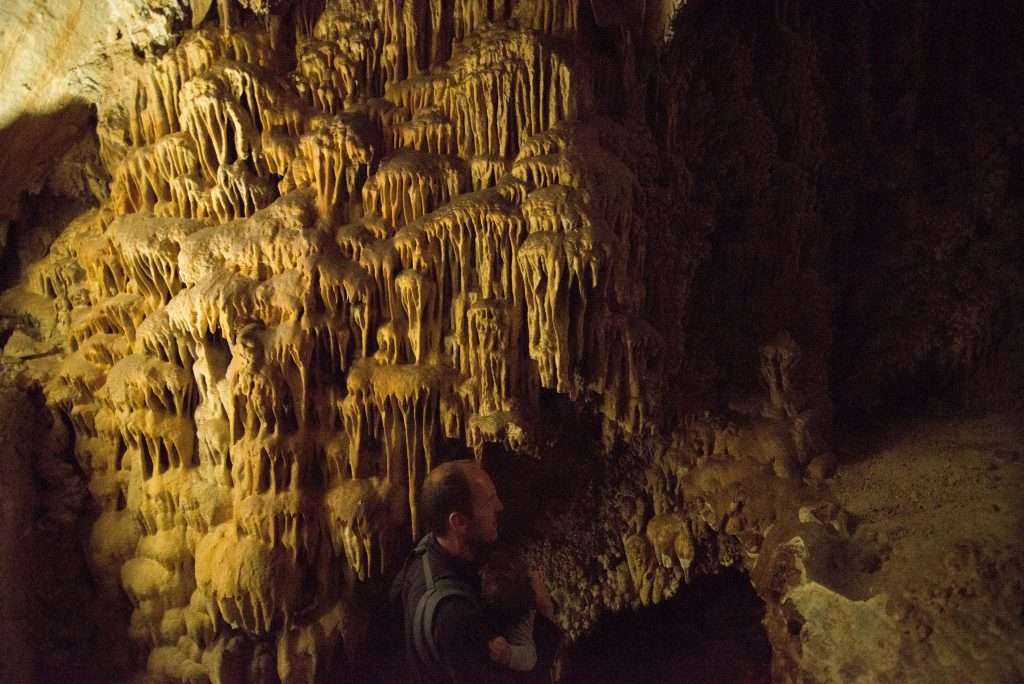 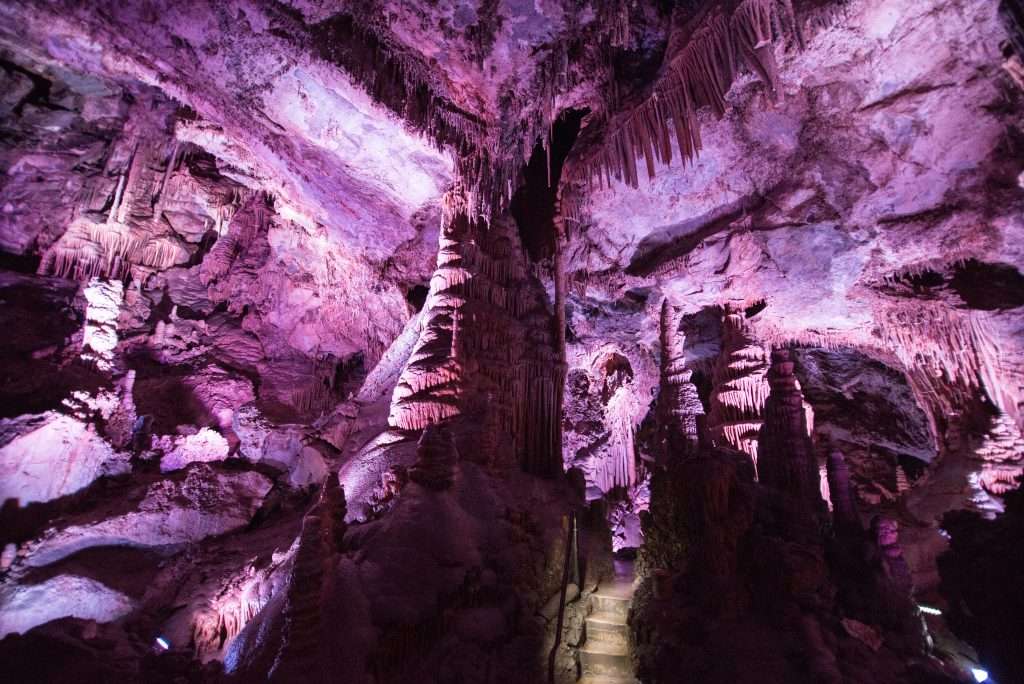 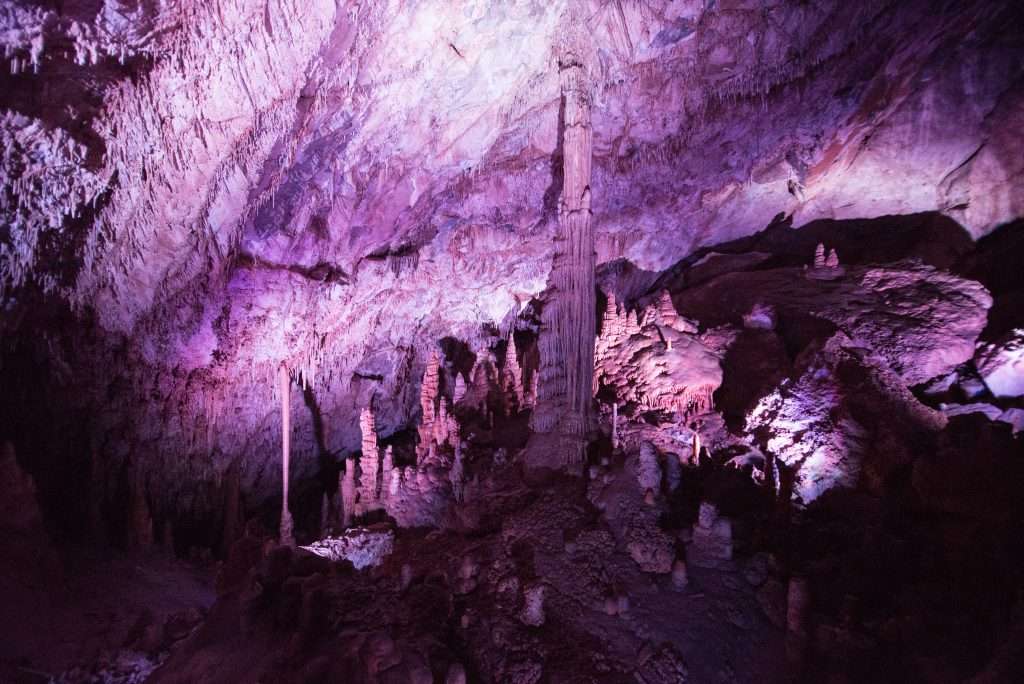 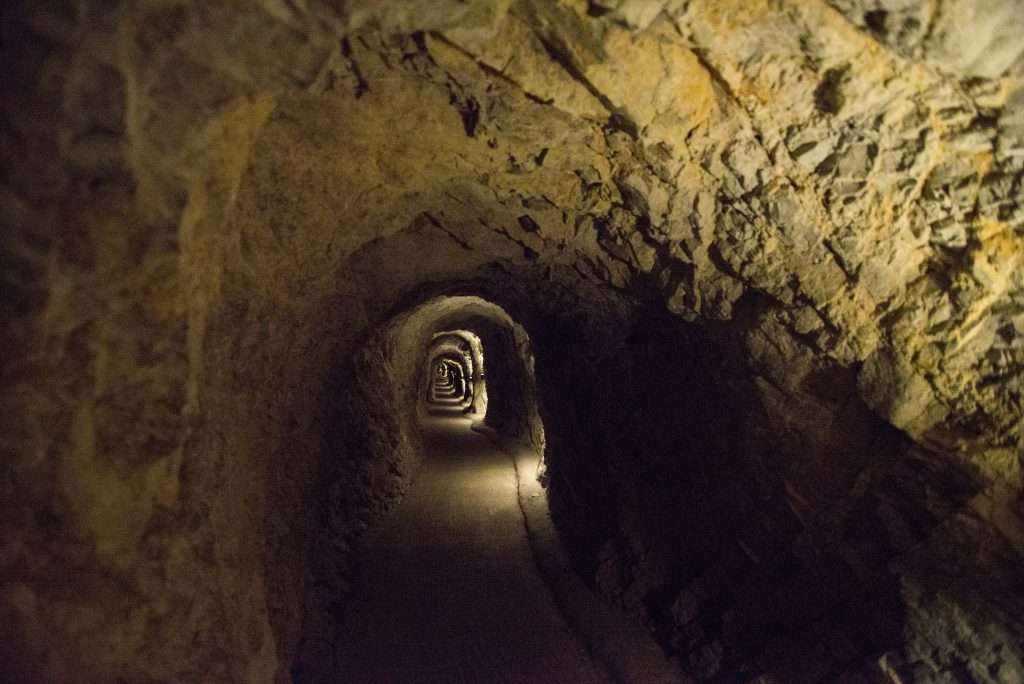 Fin LOVED it, right up until he fell asleep.  He might have loved falling asleep there, too, for all I know, though.