We walked through the remnant tubes magma and onto something that sounded vaguely interesting, glass mountain.  Apparently there were lots of obsidian lying around and people were pretty free to walk around.  California actually has two placed called Glass Mountain and as the one we didn’t go to is by Yosemite, finding information on this one was pretty tough.  We only received good directions from the rangers at the Lava Beds Visitor Center.

We had a day, so we figured why not go and check it out.  It was a drive and the further we drove the less sure that we had made the right choice.

But then we arrived. 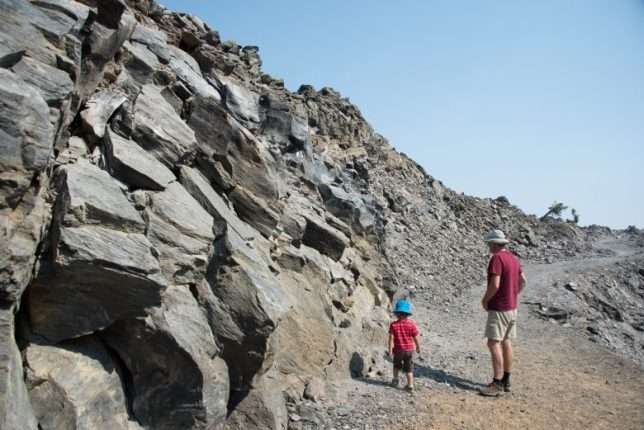 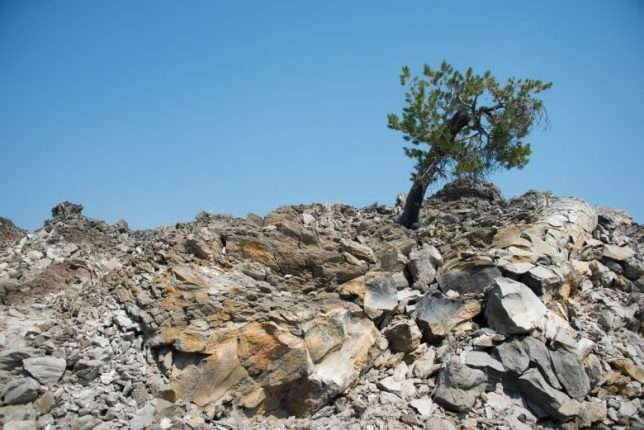 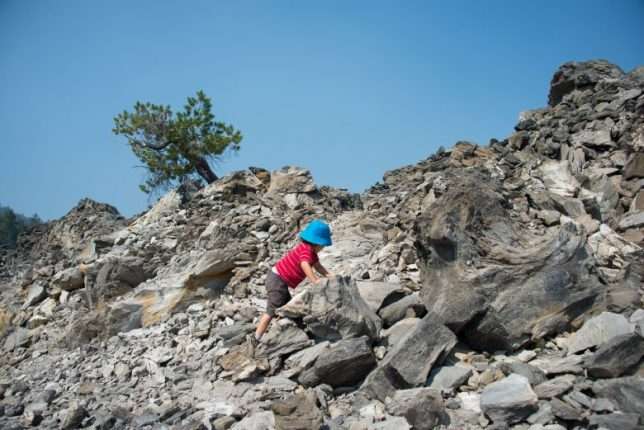 And weren’t that impressed by obsidian.  The landscape was really neat, though.  It snuck up on you, too.  We were driving down the road, when suddenly to our right a wasteland appeared that stretched on and on and on.

We hopped out of the car, ready to gaze at piles of obsidian, but all we really saw were rocks.  There was a path, though, so we walked on.  It didn’t go very far before it kind of dissolved with very little fanfare.  Hints of paths suggested themselves, though, se we climbed over some rocks to see what we would find and that’s when we stated to see massive piles of obsidian.  It was awesome. 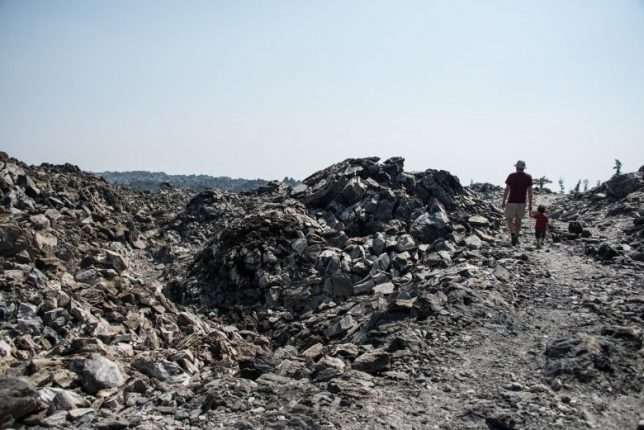 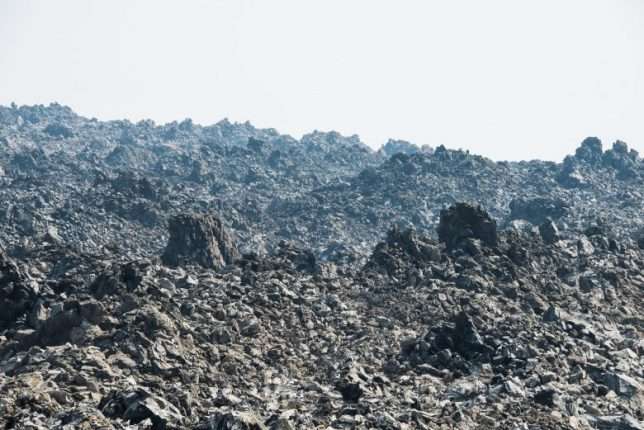 Exploring this place was a dream.  It required some balance and respect for where you were stepping, but it’s one of those places that I love walking around: a unique, interesting landscape where you look at a place, decide that it’s where you want to go, then find a way out there.

We camped at the bottom of the mountain the night before, so had no need to look for a campsite in the area, but if you want to see this place and plan on wild camping, there is a gorgeous pull-off that looks over the valley about a mile or two away from the entrance to Little Glass Mountain.