UNESCO Before it was Cool – Mesa Verde National Park

Thoroughly stunned by the ship, our next stop took us further Northeast into Colorado and the town of Cortez.  The town is so popular as a base of operations that it was rather hard to find a place to stay, but that might have been compounded by the wildfires in the region that were causing havoc for Durango.  Either way, we found a place to shower and do laundry before heading on our first trip.

Canyons of the Ancients

I was really excited for this place, as, well, frankly, Shiz and I were becoming jaded on massive rock formations.  It sounds a little weird to say that we had grown tired of thousand-foot tall, stunning cliff sides, but repetition breeds boredom, I guess.  Not that we weren’t enjoying them, but more like I was really ready for some archaeological sites (no offense to Canyon de Chelly).

The sites at Canyons of the Ancients are very spread out and not easy to access.  Information can be hard to come by and it’s not like there is even a true visitor’s center for guidance.  You kind of have to take local information and plan your route on your own.  That’s not a problem, so we headed out to one of the ruins to walk around and check it out.

The ruins were really neat, but were dwarfed by our sighting of a collared lizard! 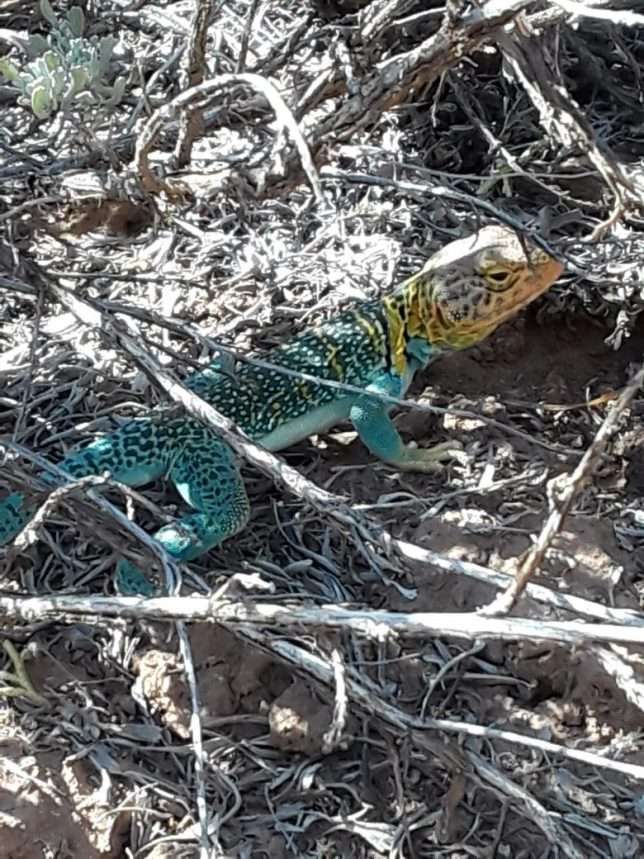 We had talked about wanting to see one while reading our books, so we were over the moon to see one in real life.

That was certainyl the highlight, though I mean no disrespect to the ruins.

One of the first UNESCO World Heritage Sites ever, the ruins of Mesa Verde take some getting to once you enter the park.  The visitors center provides excellent information as well as tickets for tours ($5, required to see any ruins), so you need to stop there.  After that, it’s a long drive out to the ruins to see some awesome cliff-side dwellings. 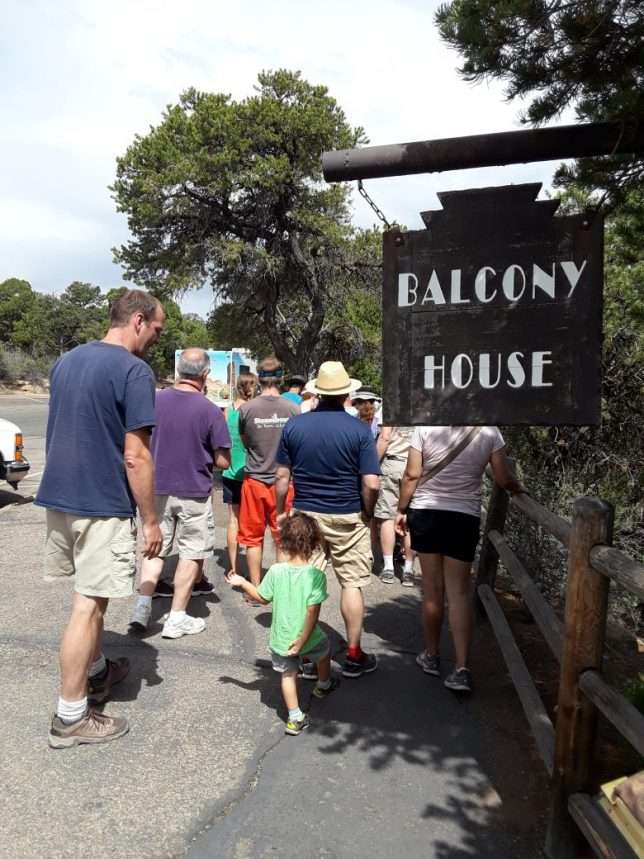 We started off with Balcony House, listening to some history and warnings from the ranger.  The tours require crawling through some tight spaces as well as a fair amount of ladder work, so both we and the ranger had some worries about Fin being able to climb them on his own.  He did pretty well at Cave Springs in Canyonlands, so we were reasonably sure that he’d be okay.  He did great. 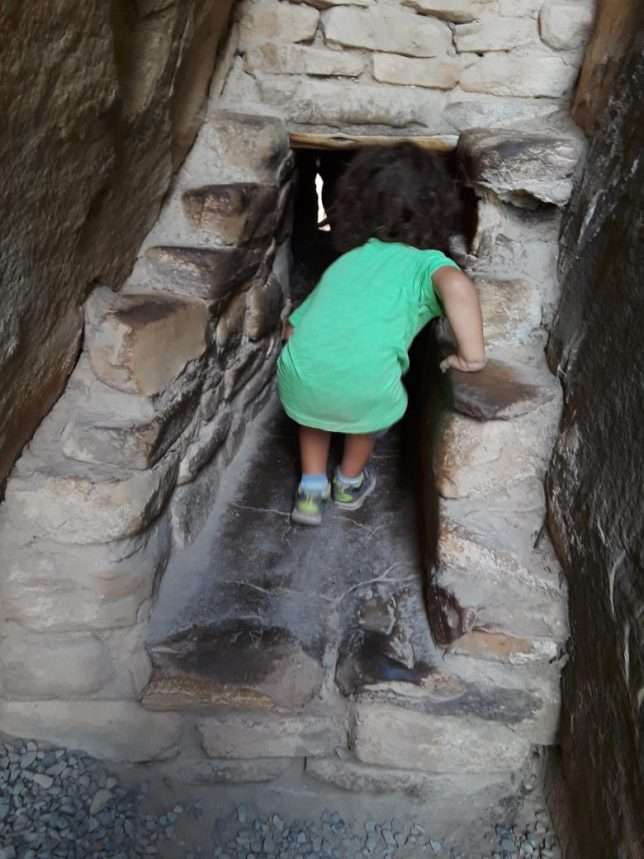 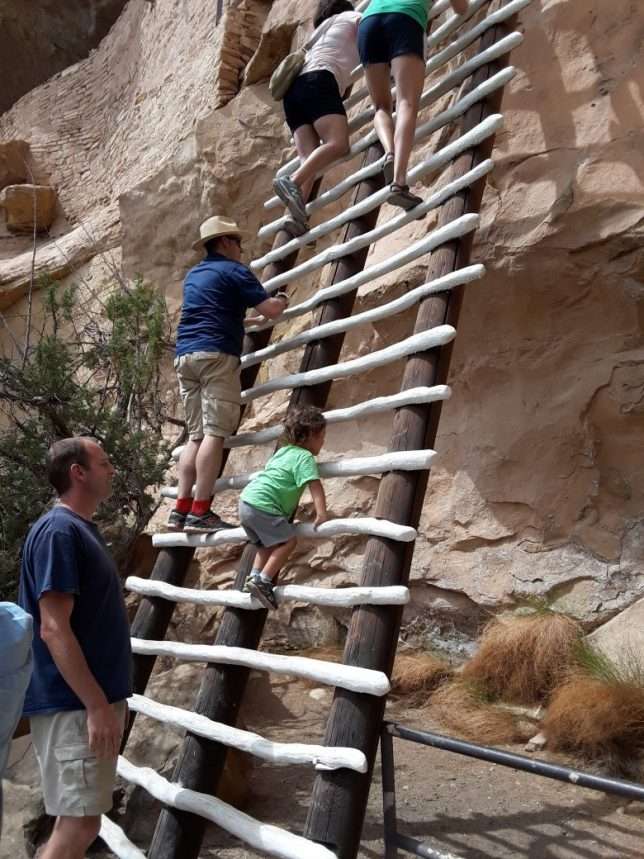 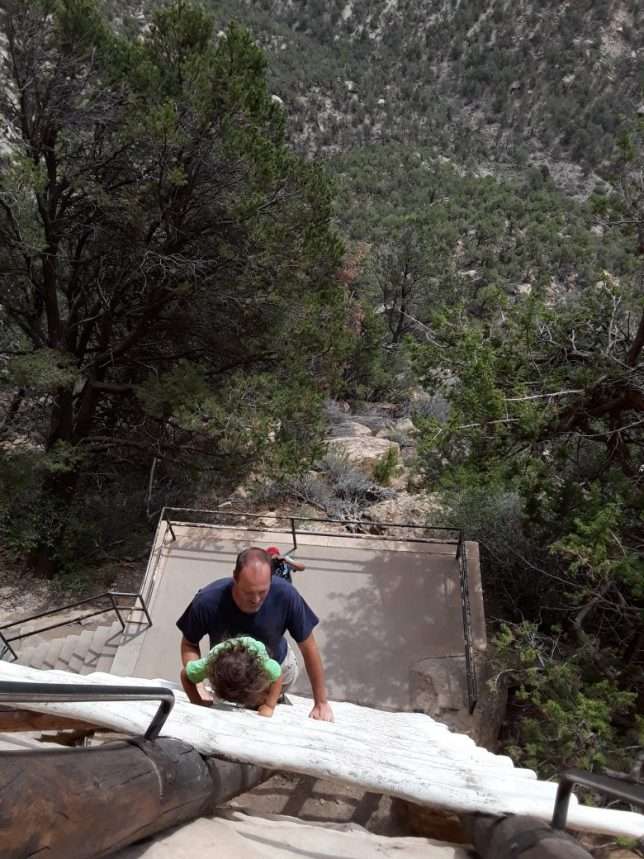 Balcony House, like many dwellings, makes you think back on what it must have been like to live in the side of a cliff.  As a parent of a toddler, it would have scared me to death for years on end, for one, but considering the climate it makes a lot of sense.  You sure would learn to make you had everything you need before leaving the house, though. 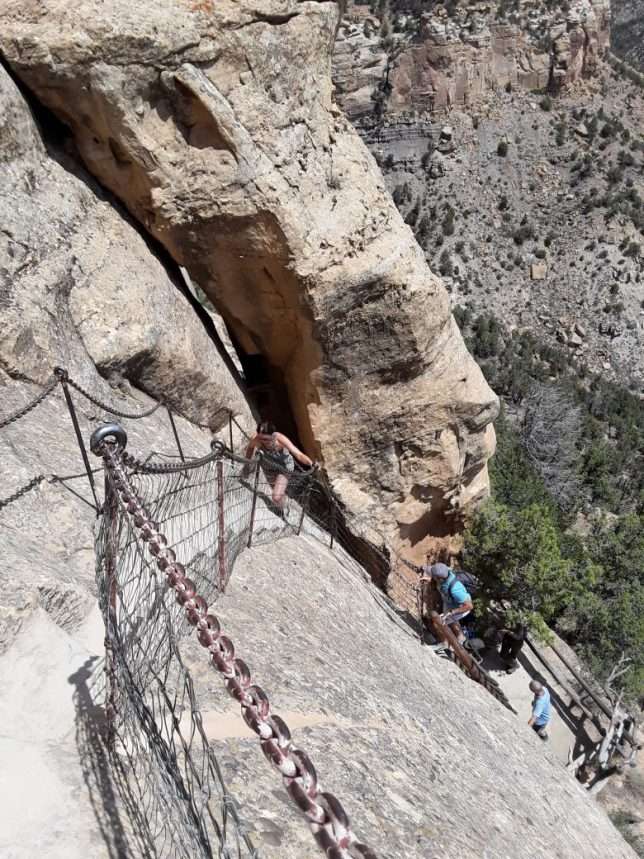 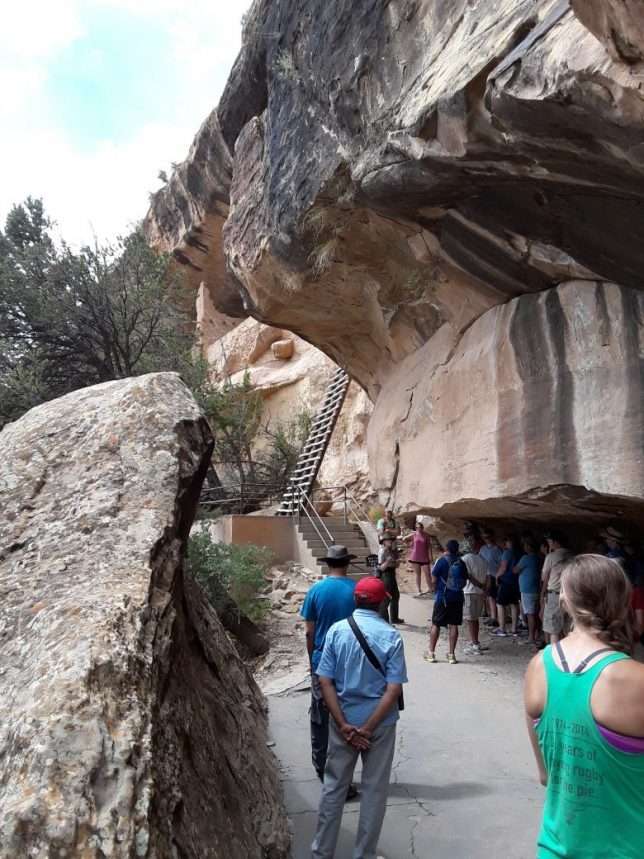 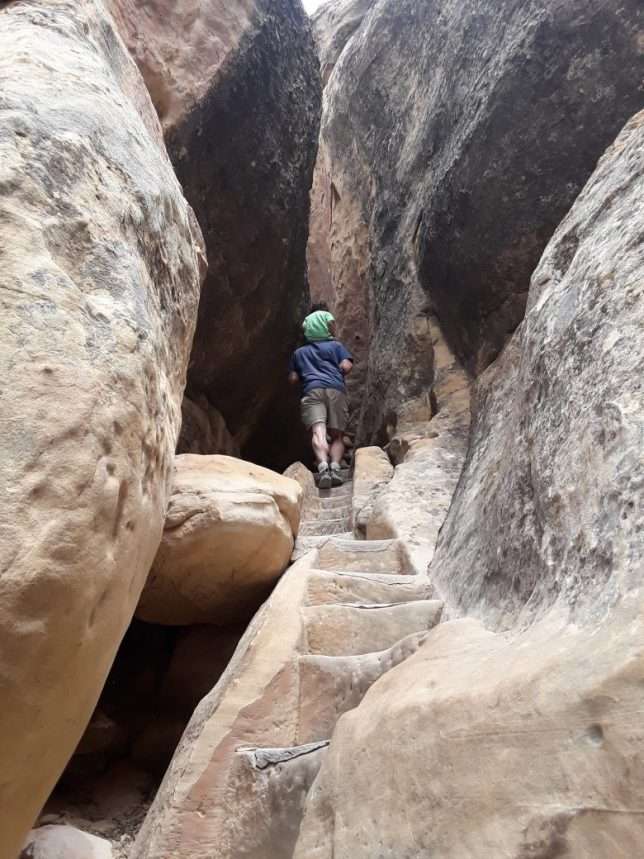 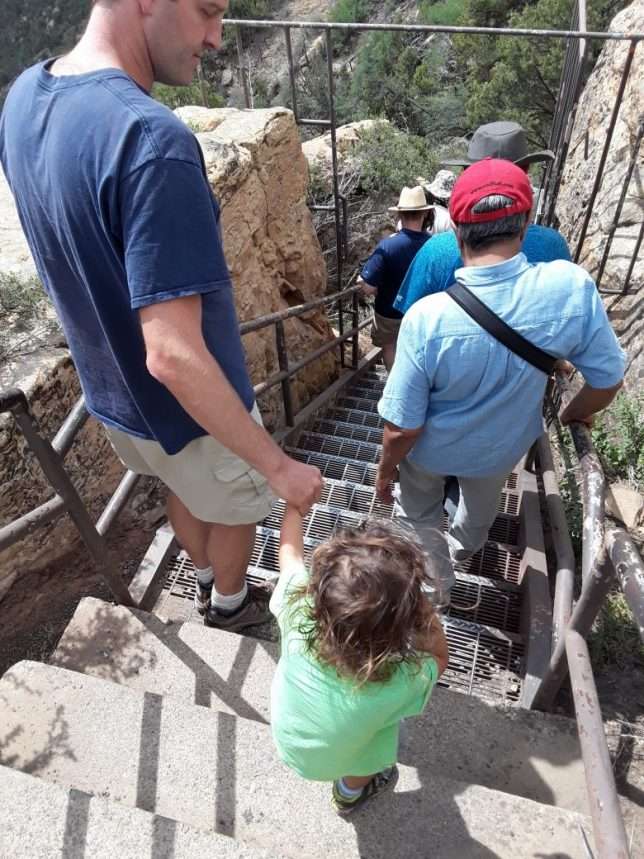 And those are the modern, easy ways in and out.  But they allow to see some really interesting dwellings and kivas. 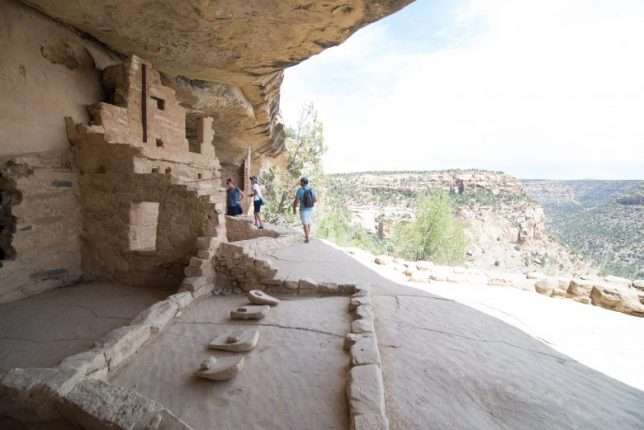 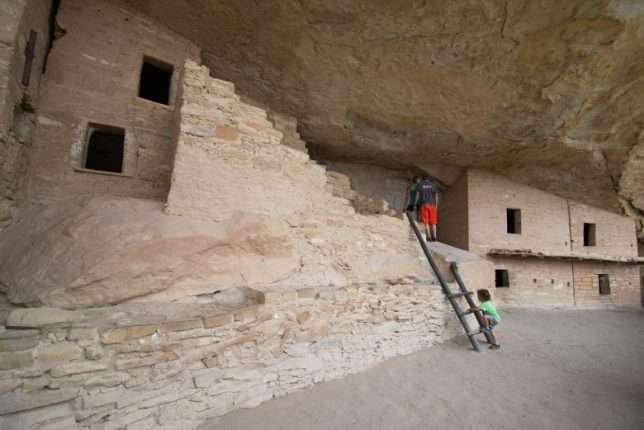 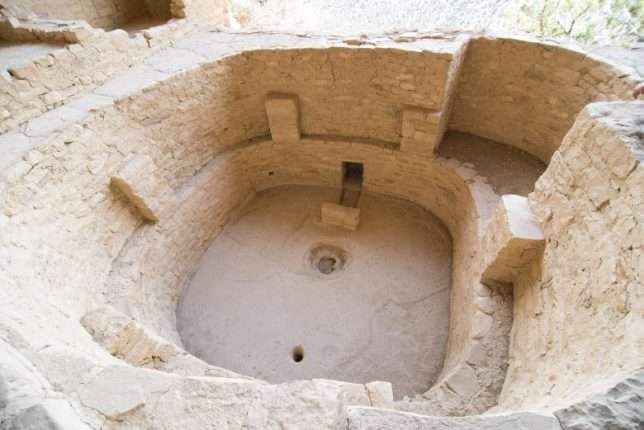 I really liked Balcony House, but for sheer impressiveness, Cliff Palace takes the cake.  The largest compound and built over many, many years, Cliff Palace was meant to house a lot of people and it shows.  Balcony House was much more compact, but some theories suggest that it because it was a ceremonial site and not intended for many people, though no one is really sure.  People are sure that Cliff Palace was for residential use. 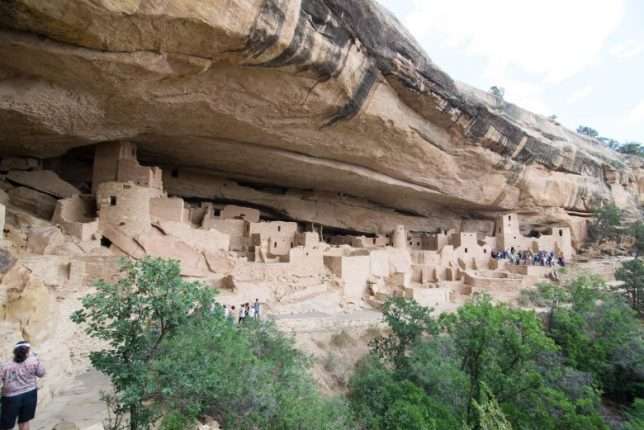 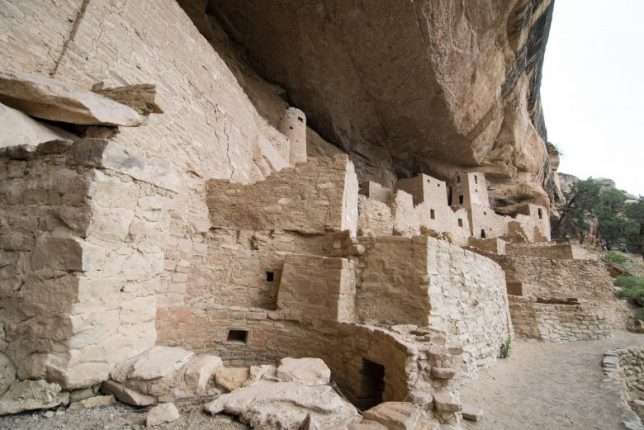 Though you understandably can’t walk inside any of the buildings, the rangers are phenomenal with information and letting you get close enough to see into kivas and through the windows on some of the buildings.  I was really impressed with how they balanced the need to preserve this majestic site with people’s curiosity that would otherwise destroy it.  Honestly, I’ve found that to be true of pretty much every NPS-managed site.

Like all tours here, it requires stairs and ladders and it so very much worth it. 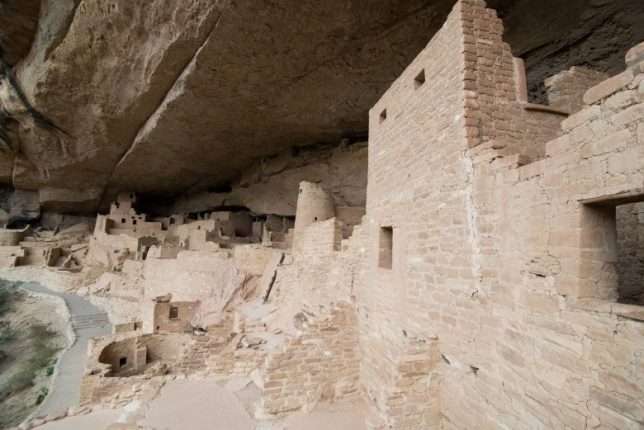 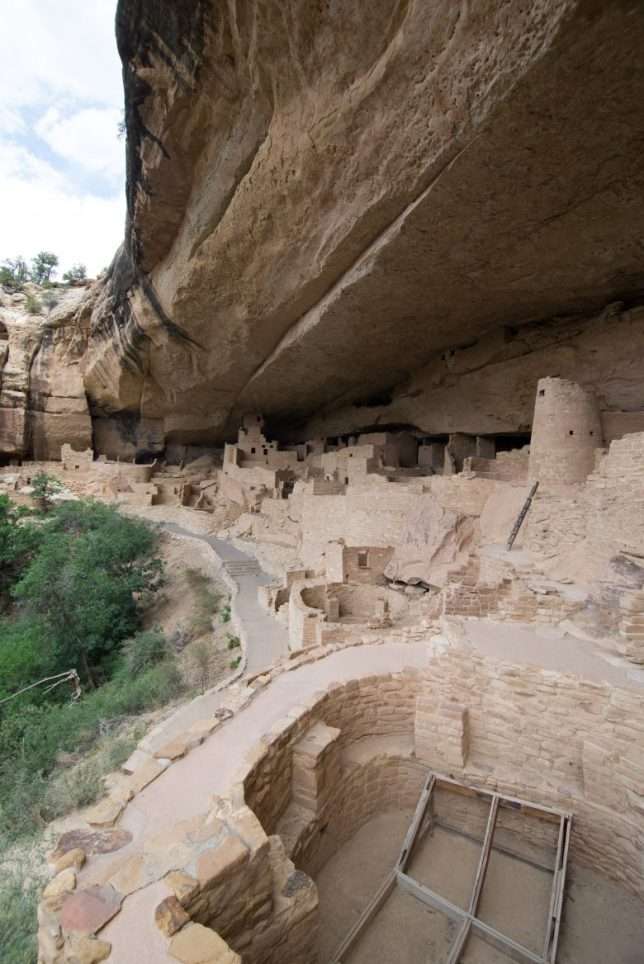 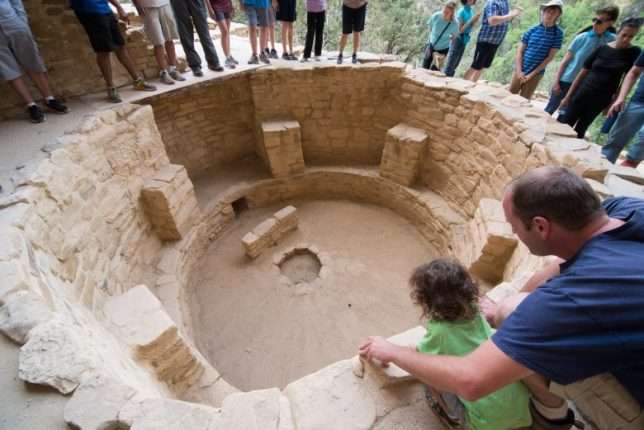 Mesa Verde deservedly receives a lot of visitors every year and like more-or-less every place we’ve been to in the Southwest, leaves you planning your next trip back.