During our week in Missoula, we wanted to see the sights and explore the city.  The location of our AirBnb allowed us to walk downtown with ease, though Missoula isn’t so large that anywhere is too far away.  It’s a flat city, too, so bikes are as prevalent as the biking lanes.  Missoula activities will meet the needs of anyone, whether it be food, beer, sights, or nature.

We don’t have the budget to eat out, so our food experiences come primarily in the form of ice cream parlors and bakeries (and I think we do quite well).  Though Big Dipper Ice Cream is apparently the place to go, we stopped by Sweet Peaks Ice Cream instead as it was close to where we happened to be at the time.  All the milk comes from cows close by and the ice cream flavors run the traditional gambit.  It was good ice cream and worth the trip.

As per our typical Friday, we hunted down some French pastries on the way out of town.  Le Petit Outre seemed to offer what we needed, so we swung by and tasted.  The space and atmosphere of this bakery excited us as soon as we walked in the door.  The display case was filled with wonderful-looking sweets, so we picked up a pain au chocolat and some other goodies, plus some bread for the weekend.  The best seat in the house for my money is the table right in front of the oven doors.  Sadly, the pastries here need a lot of work.  We found the croissant too much like bread and not very flaky or light.  The fillings are top-notch, however. 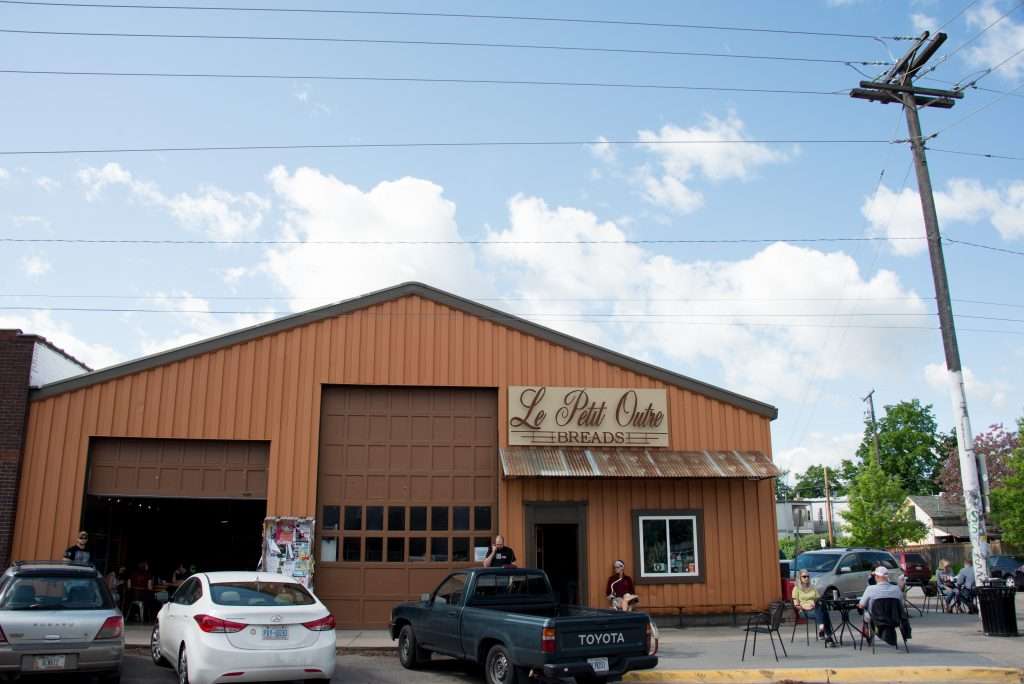 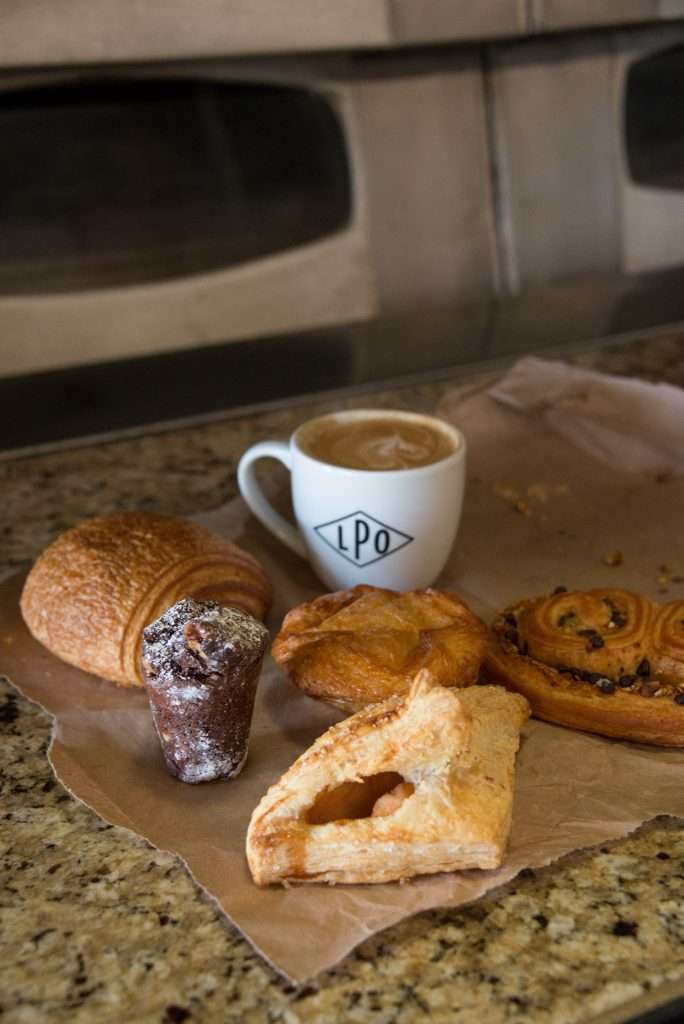 As far as beer goes, well, Montana has A LOT of breweries.  Pick any Montana-large city and there’s bound to be half a dozen breweries in it.  I wish we had time for more, but we only made it to Imagine Nation Brewing.  They opened a couple of years ago with a mission to create not just quality beer, but a space for community to form.  Their host music most nights and even have a special community room for meetings and talks.  In ages past the alehouse was the place where people gathered, talked politics, and started revolutions and it looks like Imagine Nation is trying to revive that tradition.

The beers are solid and very full-bodied.  We enjoyed them all, but the forwardness of the body diminished the impact of each style, making it harder to distinguish between each style than normal.  That said, I’d happily frequent the place and drink lots of their beer if I lived in Missoula.  If the sun is out and you need an afternoon beer in the sun, their yard is a great place to do so.  Word on the street is that they are going to have a place to serve beers to people floating down the river in the summer, too.

Shiz took Fin to several story times at the library, which is a very proper library.  Just walking around downtown was fun and everyone with kids needs to go to the carousel.  Fin’s a little young for carousels, though, so we just watched.

Fin is not too young for butterflies, however, so the Butterfly House at the Missoula Insectarium was a must-do.  He let out an excited “Ooooh!” when he saw the butterflies, though it’s more a case than a house.  The exhibits were neat and we got to hold a walking stick, plus see the leavings of a spider molts and butterflies coming out of cocoons.  It’s a decent place to spend some time and for $3 pretty nice. 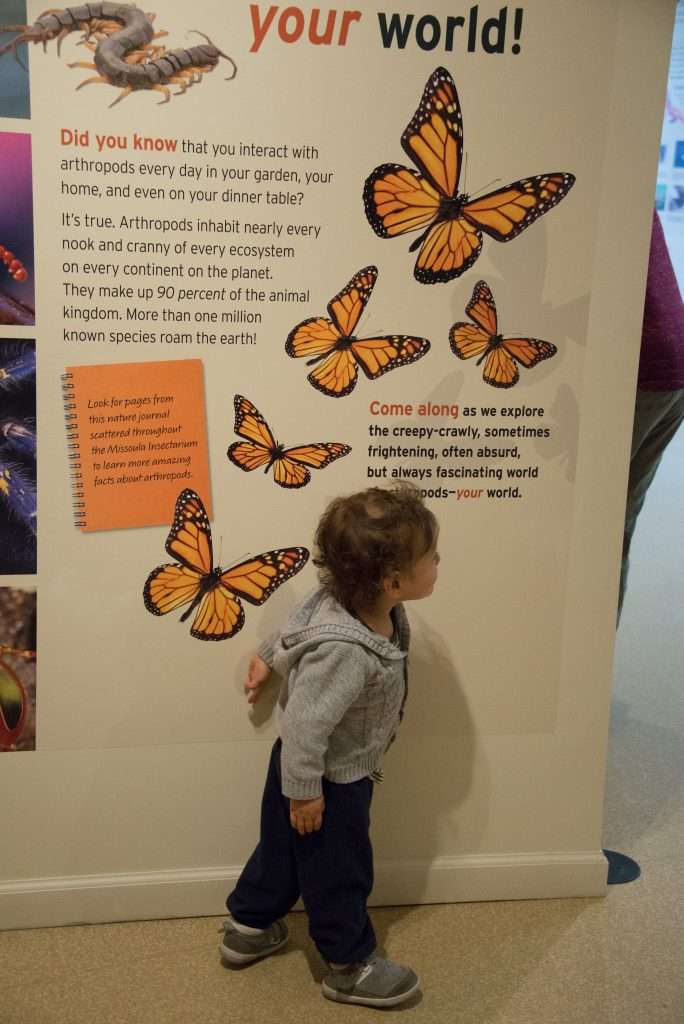 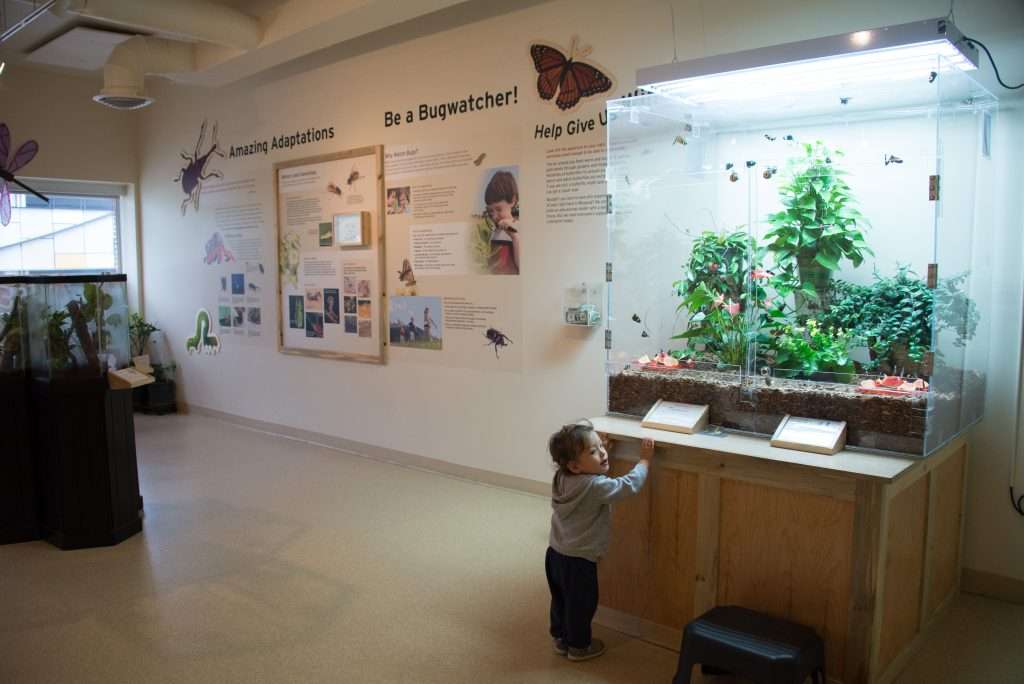 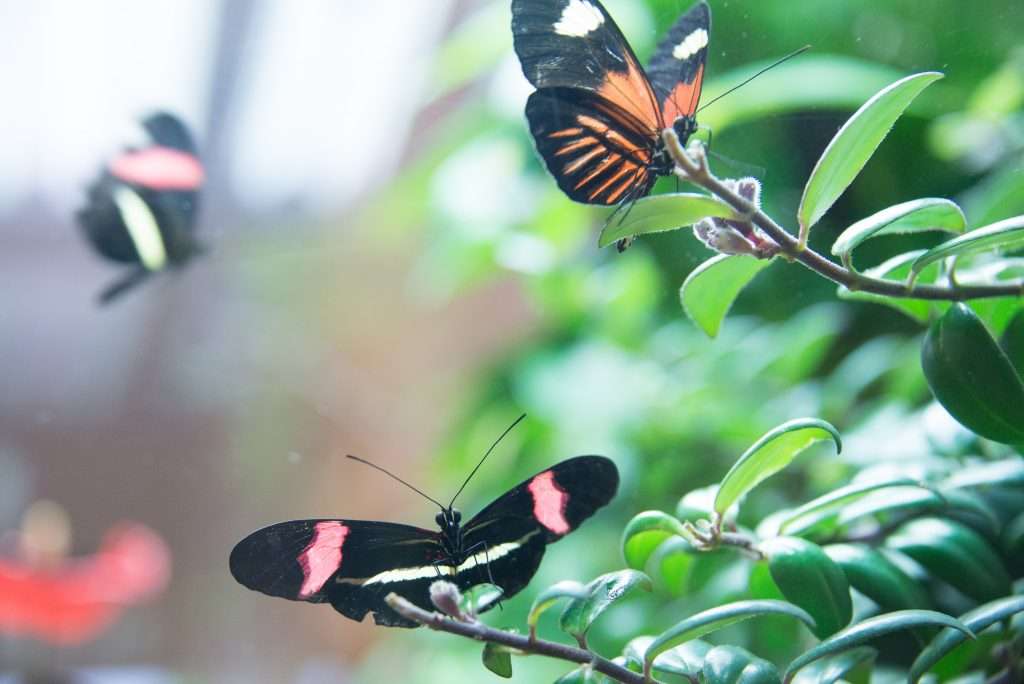 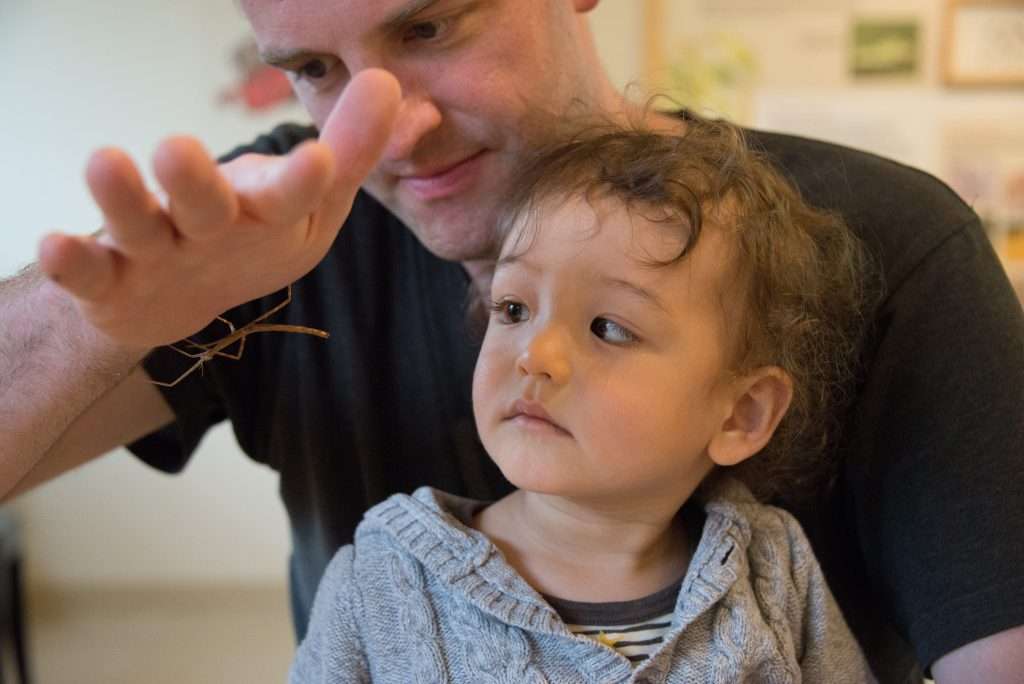 Montanans love nature and Montana offers up a lot of it.  There’s loads of hiking around Missoula and one sunny day we took a short hike at Crazy Canyon.  Criss-crossing trails and well-defined biking paths meandered through a nice forest.  Good for people of all ages, I think it was a good representation of the forests around Missoula.  I wish he had more time to go out into the forest. 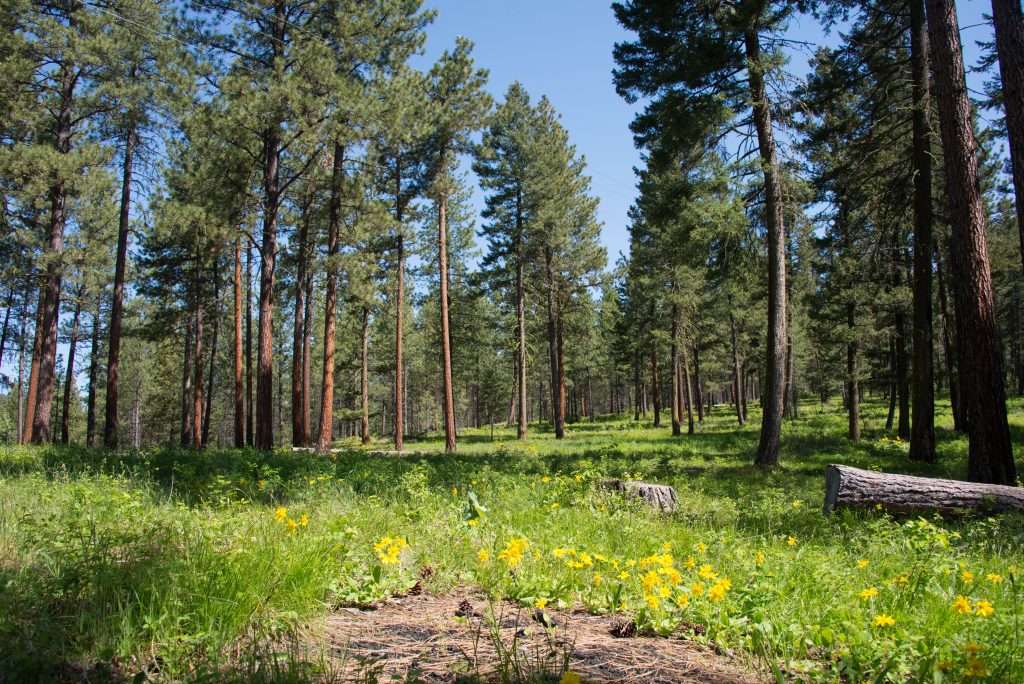 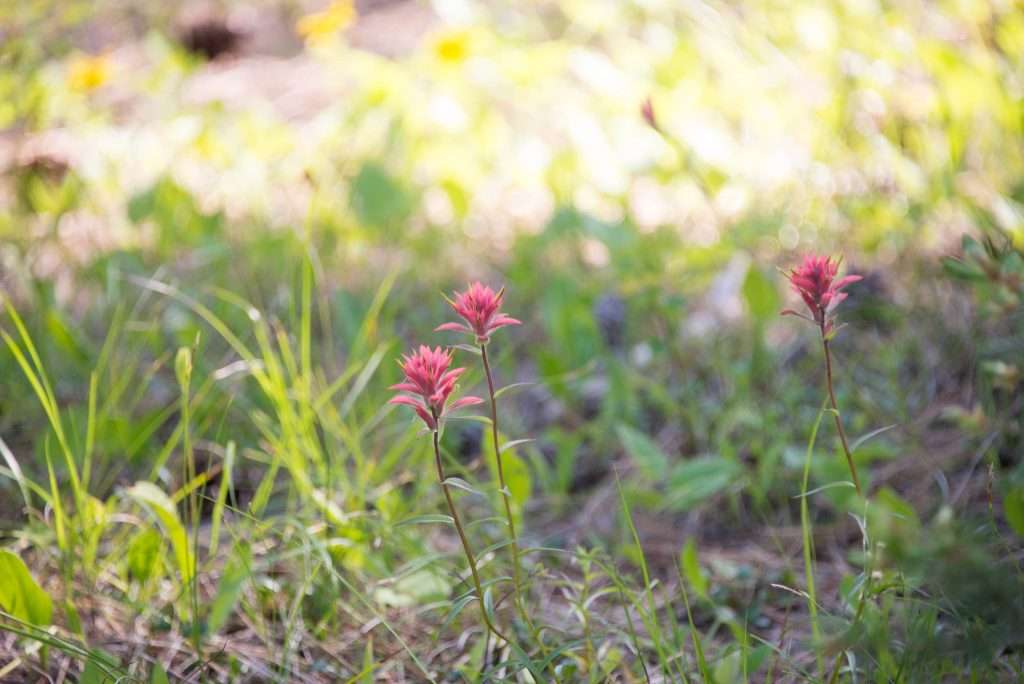