After the site of the most famous eruption in Washington State history, we still had a couple of days before our house sit and needed to figure out how to spend it.  We still weren’t sure if we were going to camp in the Cascades or head towards the Pacific Ocean to camp on the beach, but at very close to the last minute we decided on the later.

The impetus for buying a Westy started from a seaside camping trip on the Northwest corner of the Olympic Peninsula, so we thought it would be a fitting end cap to this trip to camp in the same spot.  It would have added at least 8 hours of driving, though, so we opted to camp on the beaches further South, call it good, then go see my uncle in Poulsbo.

We stayed in the parking lot of a casino (because we’re classy, that’s why) before heading to the beach the next morning.  The beaches of Ocean Shores just go on and on and you’re welcome to drive long stretches of it, just so long as you are careful about getting stuck in the sand.

We should have been. 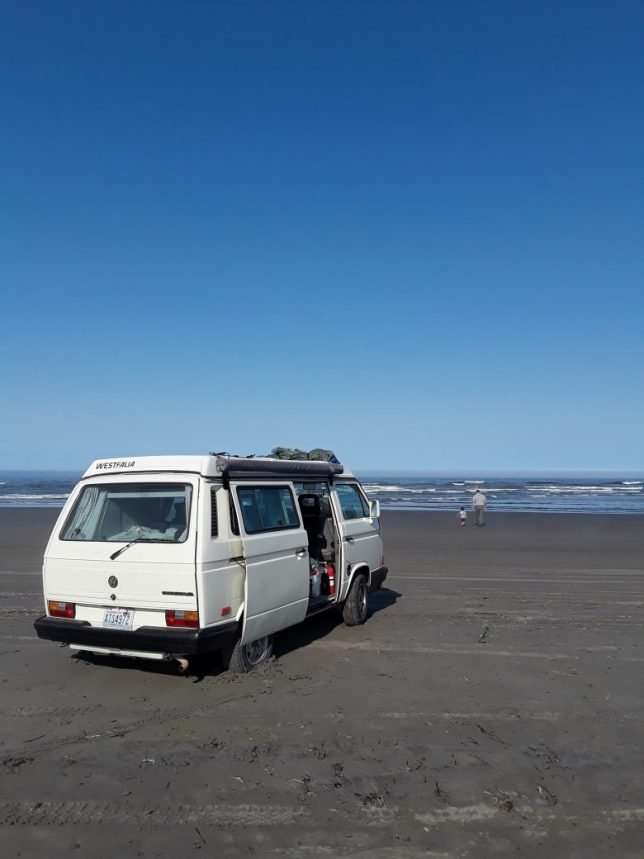 Because stuck we got, but someone saw that we were stuck and helped us push it out.  We were lucky to pass the favor on to another couple 45 minutes later, so I like to imagine that there’s this karma of people helping people out of the sand throughout the area.

The beach is always fun, but Ocean Shores and the area around here is famous for kites and of course we saw some, but we mainly just hung out at the beach for a couple of hours and headed out to see my uncle.  It was good times, though, for sure. 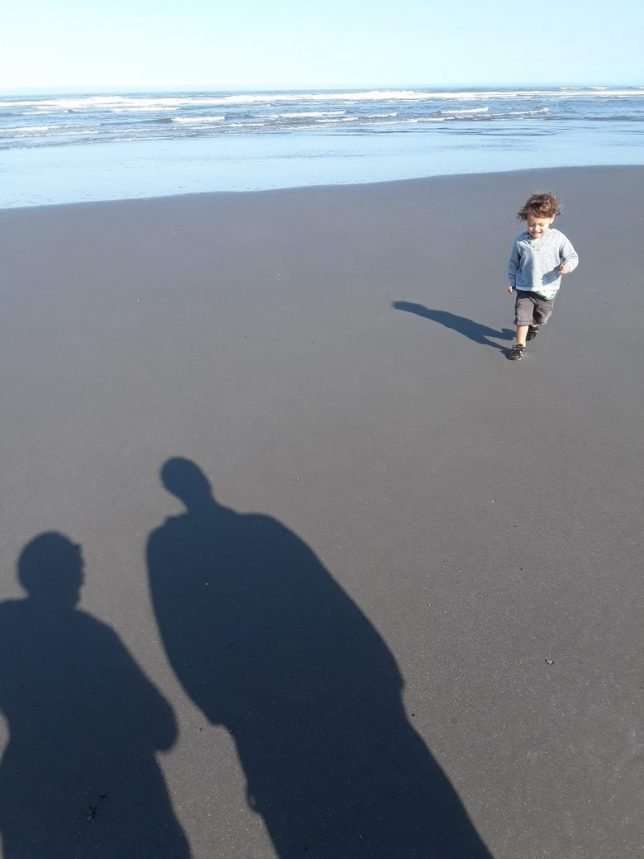 We hung out with my uncle for a day, then passed through Seattle to do our last mountain camping in Knut.