With Northeastern Canada surrounding us, there was no way that we could be so close to Prince Edward Island without visiting.  Though we came after tourist season, meaning many things were closed, Halloween and Thanksgiving preparations were in full swing.  Nowhere was this more evident than in the first place we stopped after crossing the wonderfully impressive Confederation Bridge. 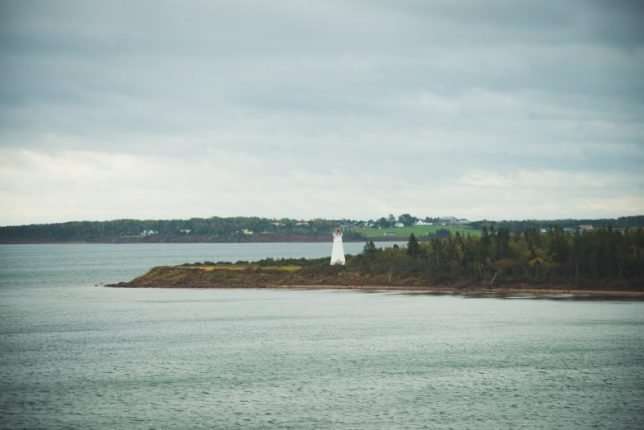 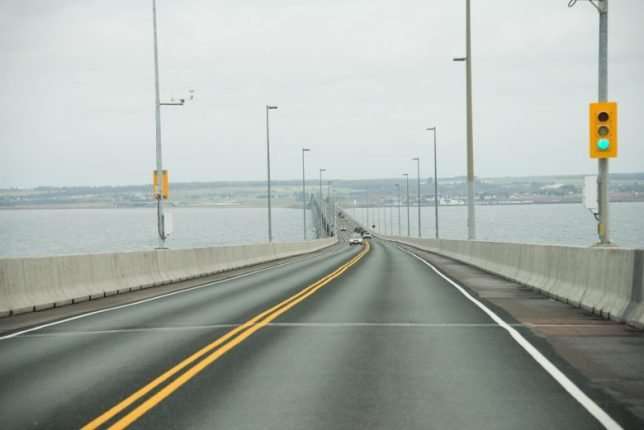 Farmers always create wonderful Halloween displays.  Maybe it’s because pumpkin picking brings more tourist to their farm than any other event or maybe it’s because they would otherwise have too much baled hay lying around, but farmers do this right.  Autumn has always been about harvesting both souls and food, so perhaps farms are the most logical place for All Hallow’s Eve. 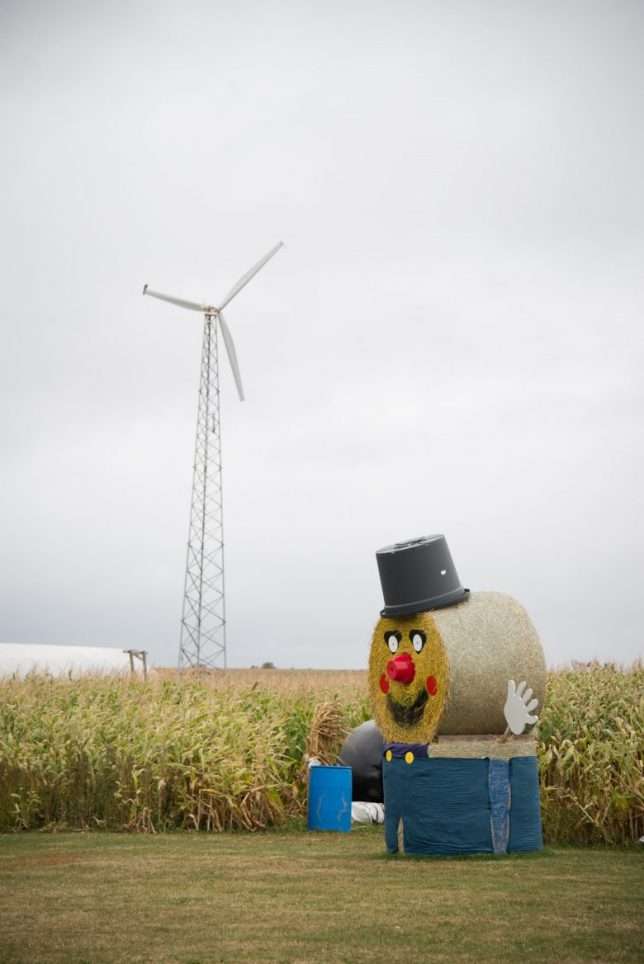 The farm we stopped by typified a good country farm fun land: corn maze, bales of hay stacked for climbing, and tractor bales decorated with flexible black plastic piping.  Silly decorations interrupted otherwise boring lawns and created both areas to play and destinations to run towards.  It was a blast. 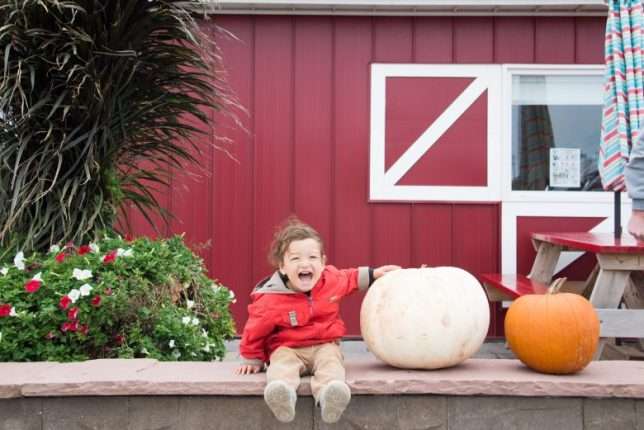 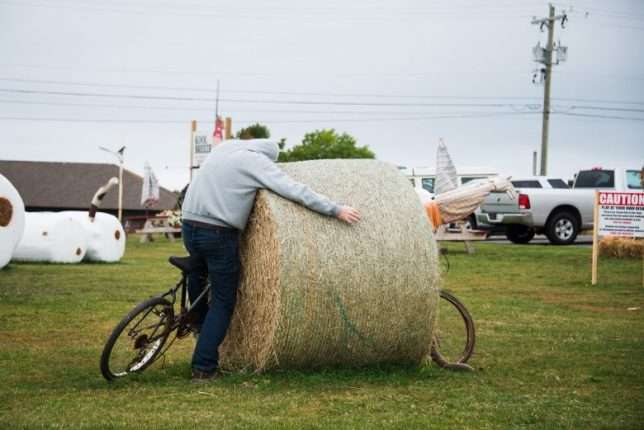 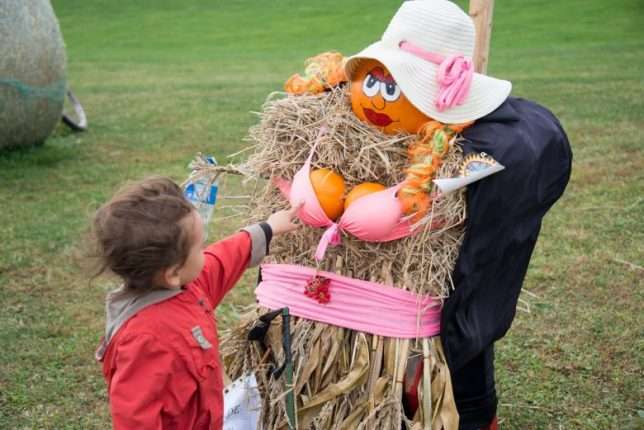 One of PEI’s largest draws are the beaches, and rightly so.  If you want to work on your tan, I wouldn’t necessarily recommend them in October, but they are serene, peaceful, and expansive.  Three main beaches – Cavendish, Cabot, and Greenwich –  vie for visitors.  Any of them provide wonderful afternoons, but Henry Cavendish is a total badass, so I’d recommend you go there (the beach was named after British officer Lord Frederick Cavendish, but they made a mistake.  Anything Cavendish should be named after Henry.) 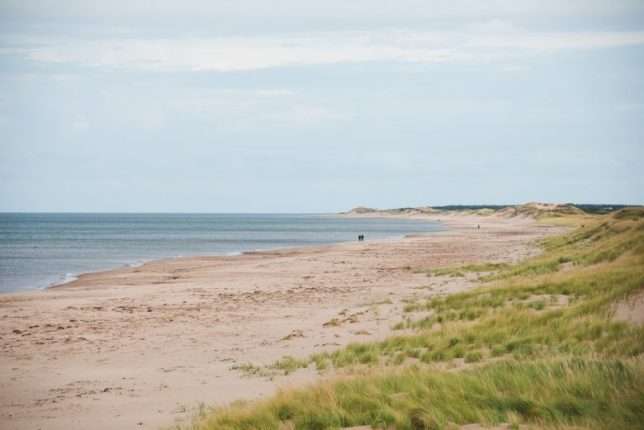 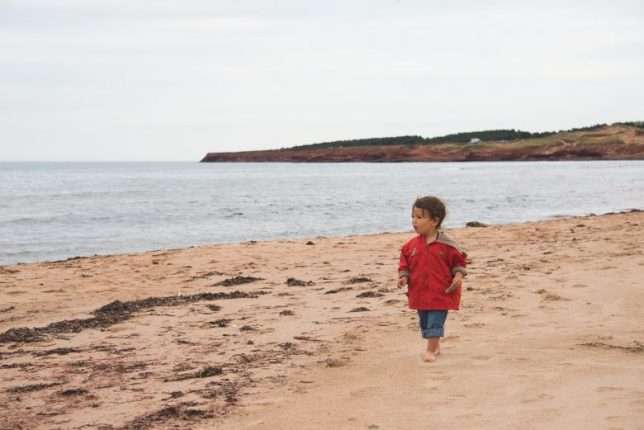 I’m not much of a beach person, so the off season is really more my style beach-wise.  No crowds and cast expansive views are how I like to experience beaches and PEI offered just that.  That and a lot of wind.  We had a great time walking the beach, throwing rocks into the ocean, and generally playing in the sand. 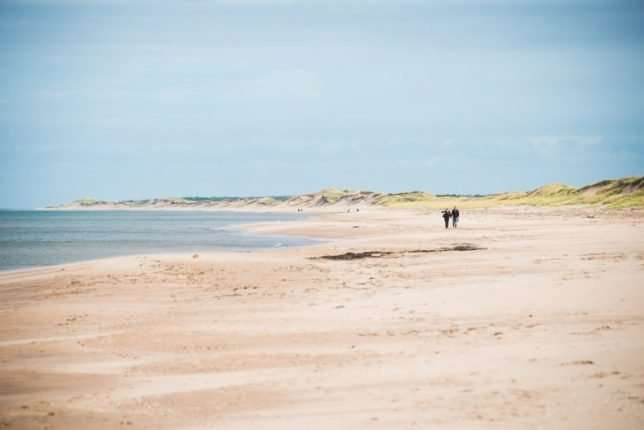 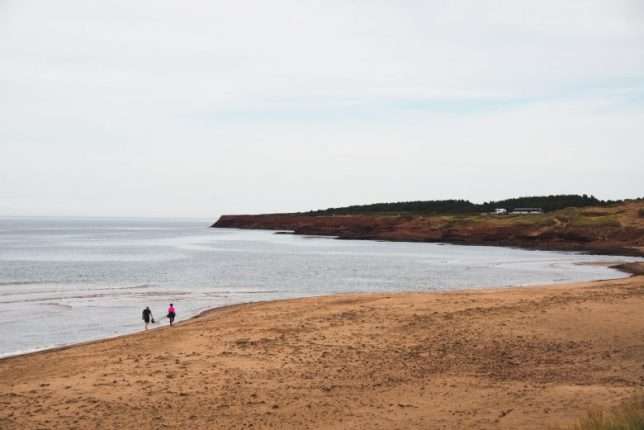 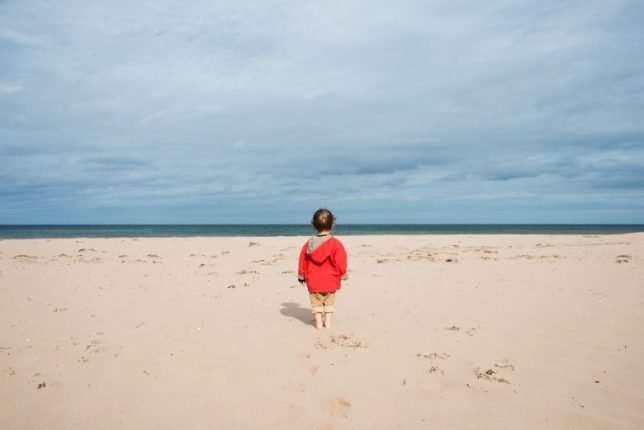 PEI’s most famous attraction, however, is of course Anne of Green Gables’ house.  A staple of all children, I watched the movie countless times with my sister (she was so  jealous!), but I was a little surprised at how familiar Shiz was with it.  Well, it turns out that Anne of Green Gables is so popular in Japan that about 20% of the 125,00 annual visitors are Japanese.  And PEI is a long stretch of ground between anything else resembling a tourist site. 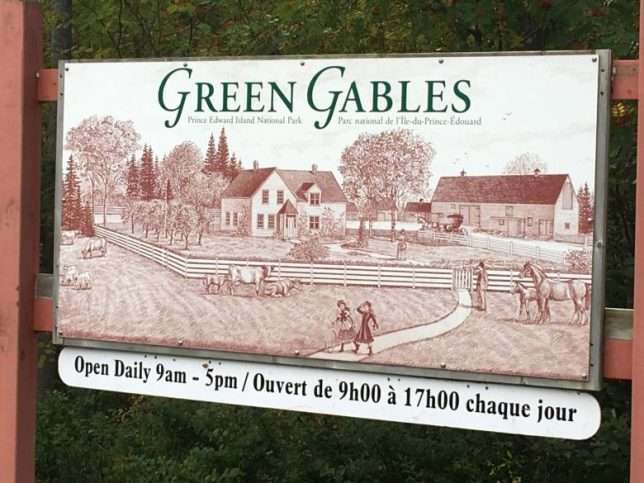 Since most everyone experiences Anne of Green Gables in their youth, the night before our visit we decided to sit down and watch the BBC series from the 80s.  Not realizing that the series runs 6+ hours, we sat down to watch cheesy 80s acting during exposition that took no prisoners.  45 minutes in we had to call it quits and just watched highlights on Youtube.  It was the smart choice.

While the movie, like a cherished snack from childhood, slightly disgusted the adult version of the child, we were determined to not let this ruin our fun at the house.  The house is small but really neat.  Anne’s house was actually the house of the author’s aunt, but Lucy Montgomery often visited the house and deiced to make it Anne’s.  It’s a small place with a walking path through the two stories, with each room displaying items that more knowledgeably fans would pique over.  As we might not even technically qualify as fans, our tour was more of a look into days gone by than gawking over Anne’s hairbrush.  Still, we had a great time.

Several park rangers are stationed within the house to answer questions and generally just be friendly. 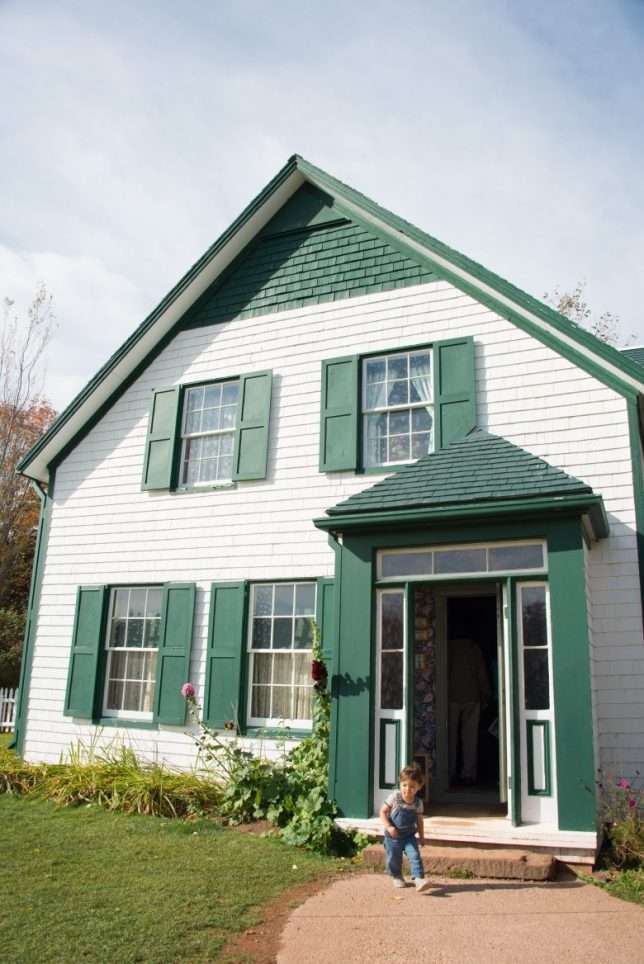 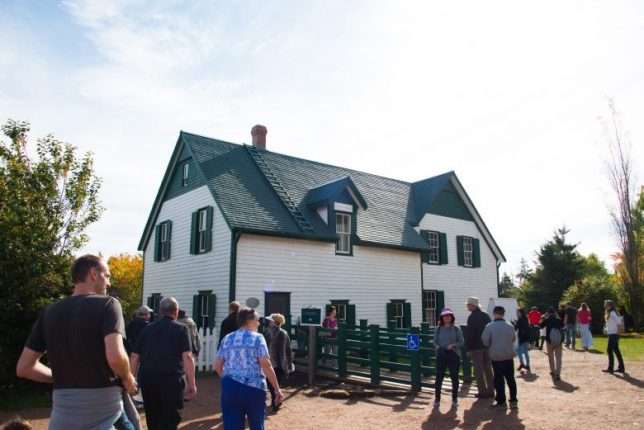 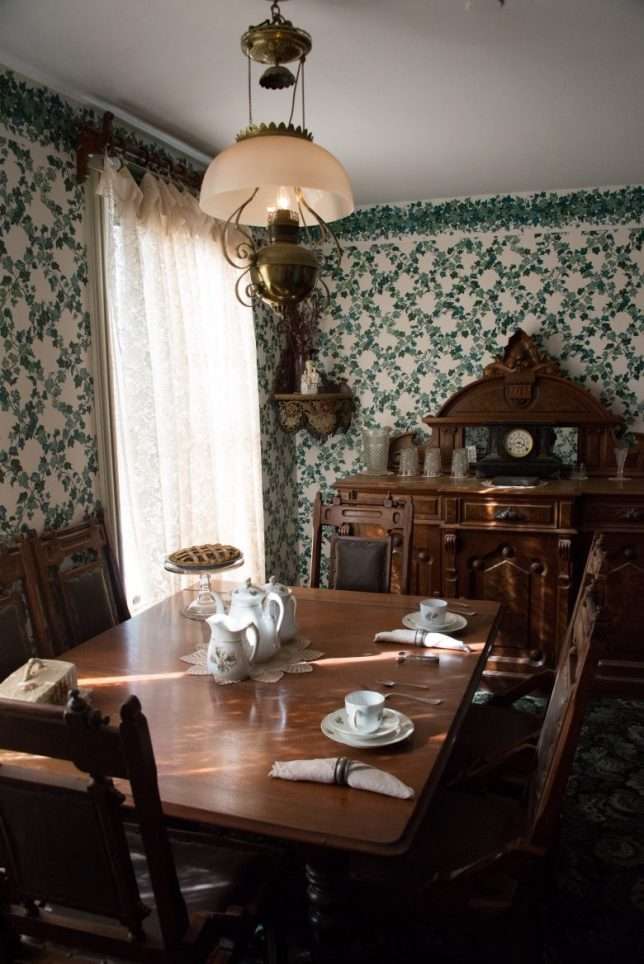 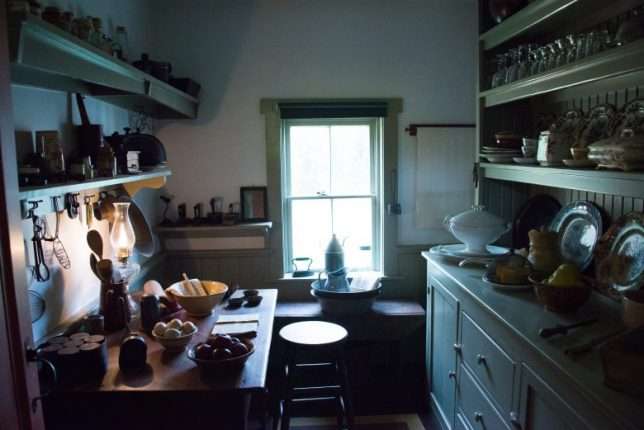 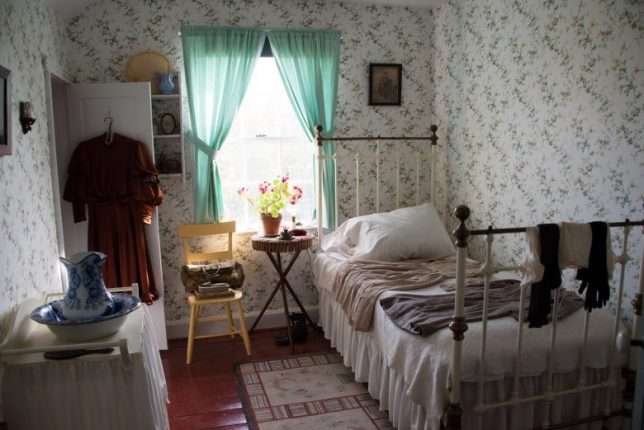 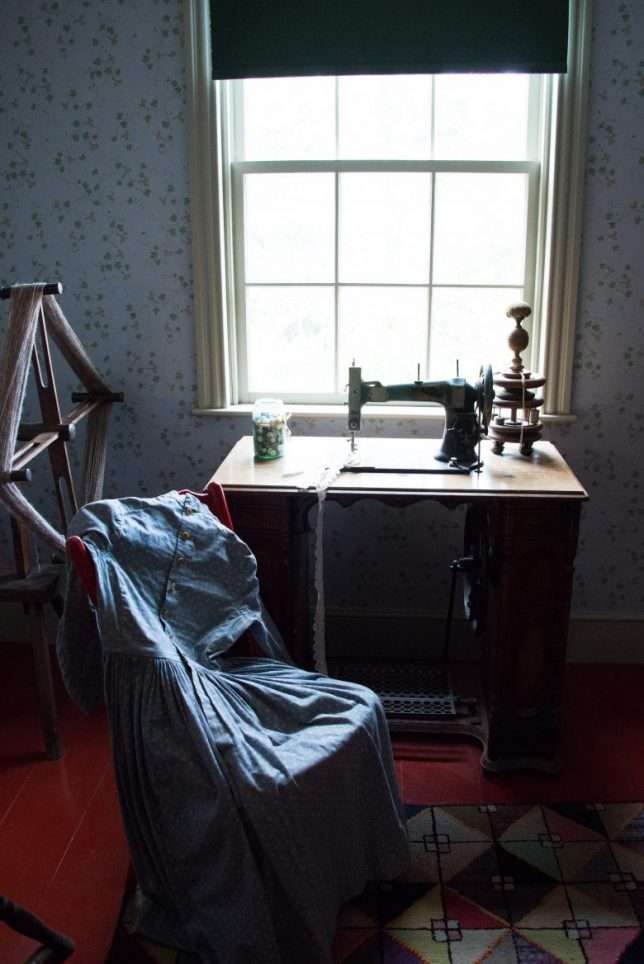 The grounds stretch far beyond the house and into the woods where Ms. Montgomery played as a child.  An avid nature lover, these woods and rivers inspired her imagination and add some really nice walks to the site.  The area around the house goes full speed ahead into tourism, with a lavish and very overpriced gift shop (buy souvenirs in Charlottetown), a snack stand that sells cherry cordials ( a drink the books made popular), and lots of buildings showing how life was back in Anne’s time. 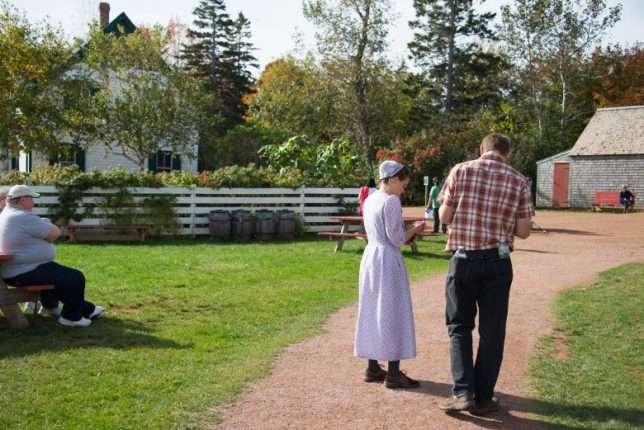 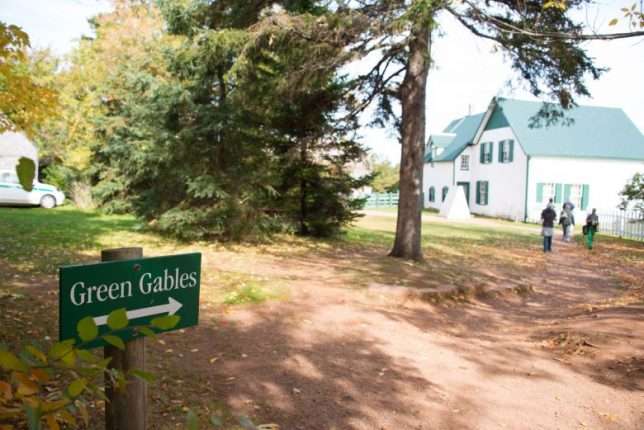 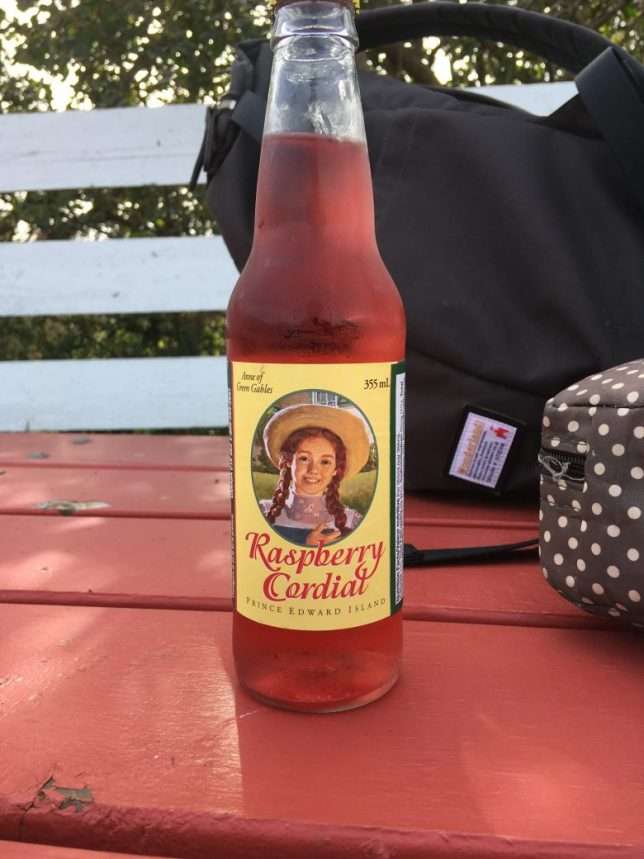 We walked around and read the signs, but we fell victim to one tourist trap: clothes.  The organizers lay a bucket of old-timey clothes to try on, including a hat with red braids.  Give stupid parents like us access to those things and the outcome is inevitable. 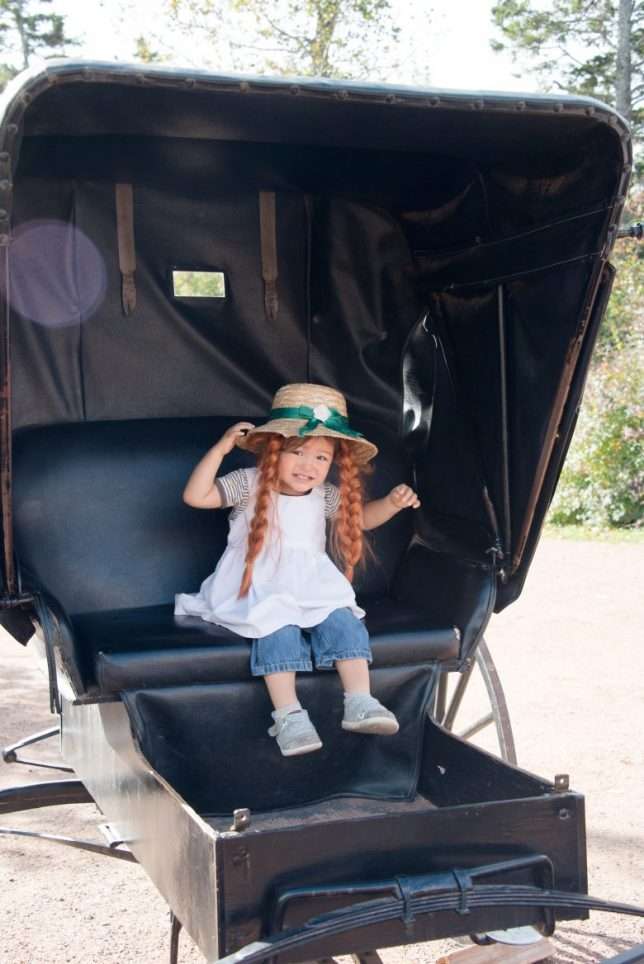 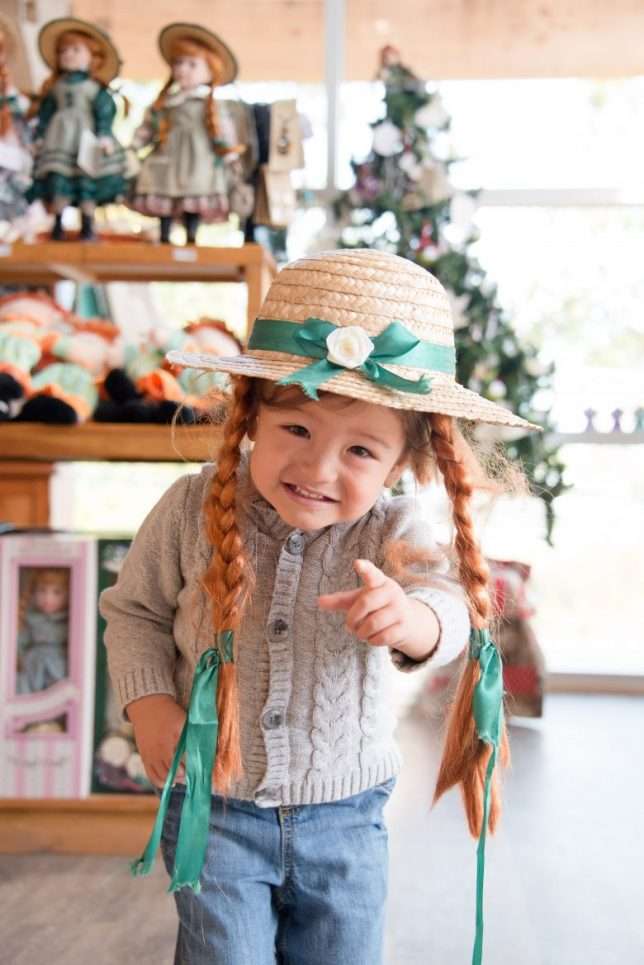 That was it for us and PEI.  We saw the main sights, had a great time, and settled on a weekend camping trip to Cape Breton, ferry ride included.