We finally received Knut back in driving condition and promptly made haste North.  Three weeks of schedule had thrown a lot of our trip off, especially as we were planning on seeing fall colors in Maine or thereabouts and still needed to stop by Toronto, Montreal, and Quebec and weren’t looking to hit the border until September 8th or so.  Time as tight.

We made the 630 mile journey over two days: one night in a crappy little hotel in a tiny little town and the other night camping in the wonderful Allegheny National Forest.  The ride was long and uneventful for the most part, though we did stop by a county auction in Amish country and took a slight detour to have a drink at Southern Tier, a brewery with a surprising bro vibe.  The beer, of course, was excellent, but the brewery was certainly not what we expected.

The auction and surrounding town in Pennsylvania showed us a portion of the US that we hardly every get to see.  As someone who has lived most of his life in cities, it’s easy to forget how prevalent some views are in the country, but I will always love the small-town and rural charm. 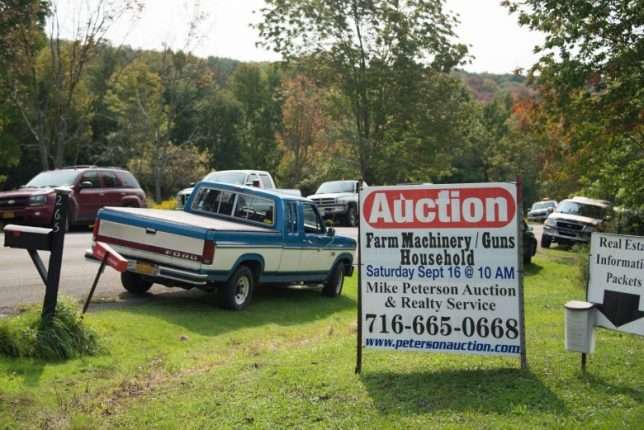 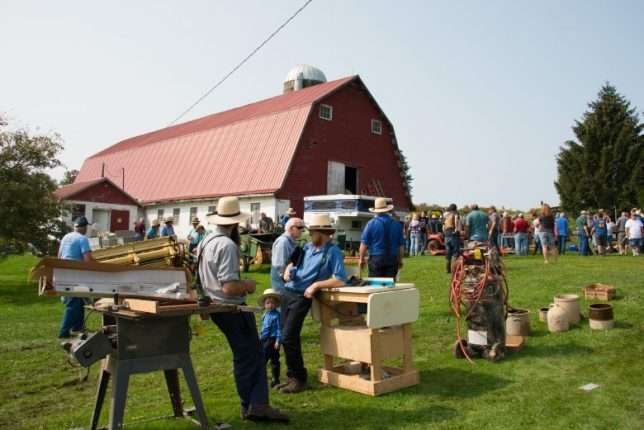 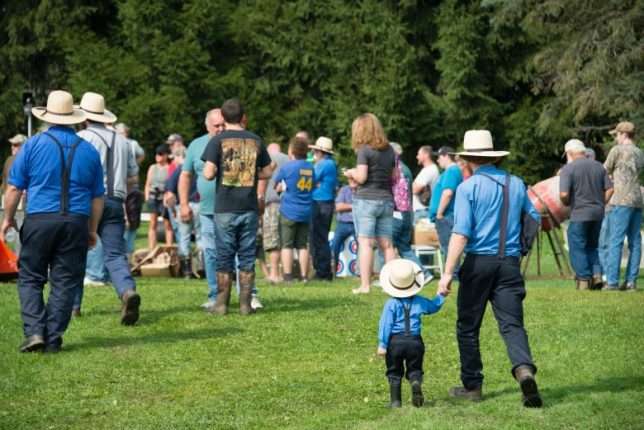 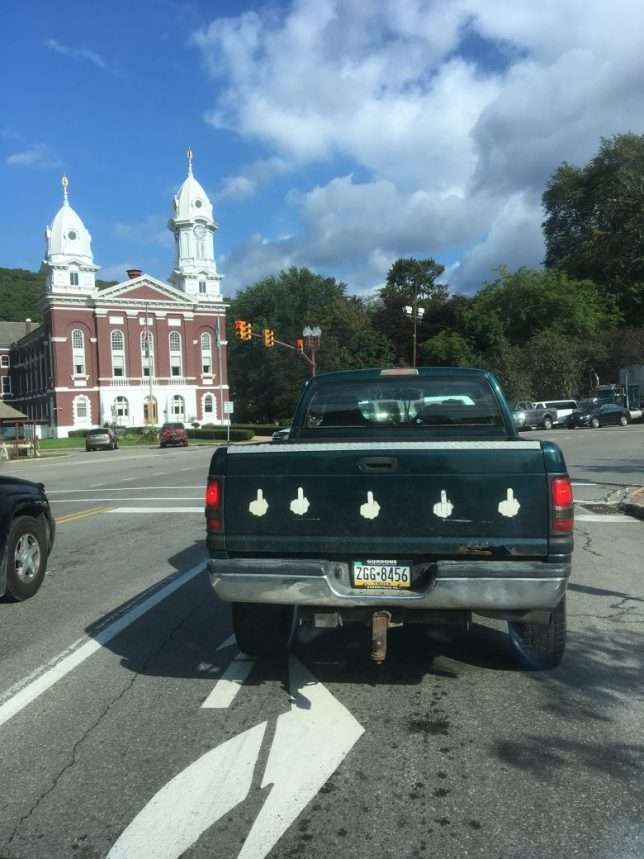 We also began to see some fall colors present themselves.  Gorgeous. 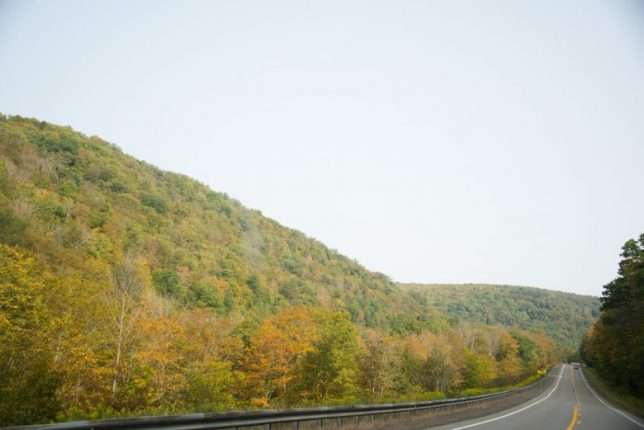 Eventually, though, we reached Buffalo, Niagara Falls, and the border! 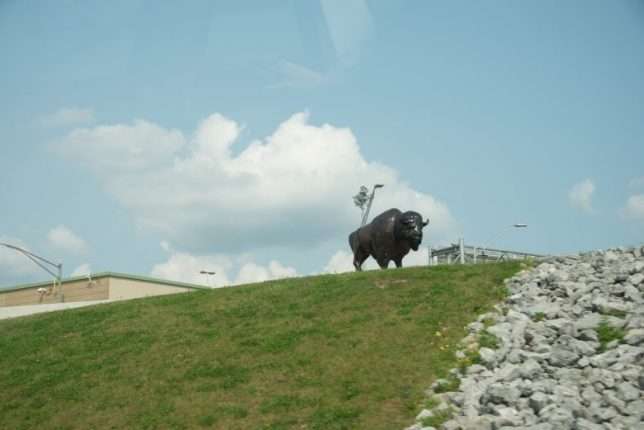 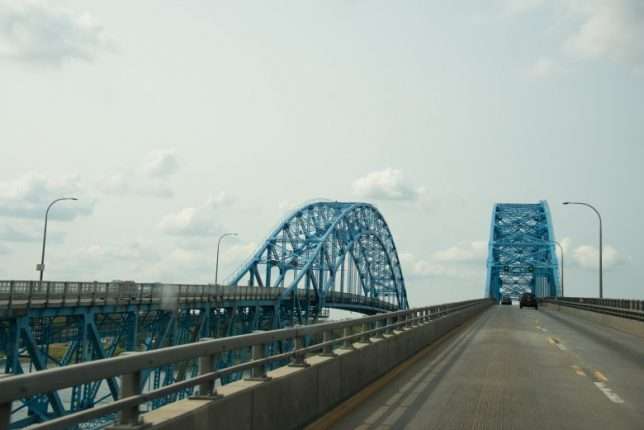 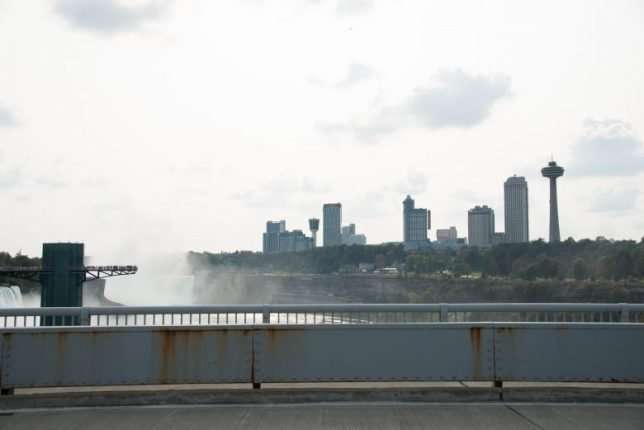 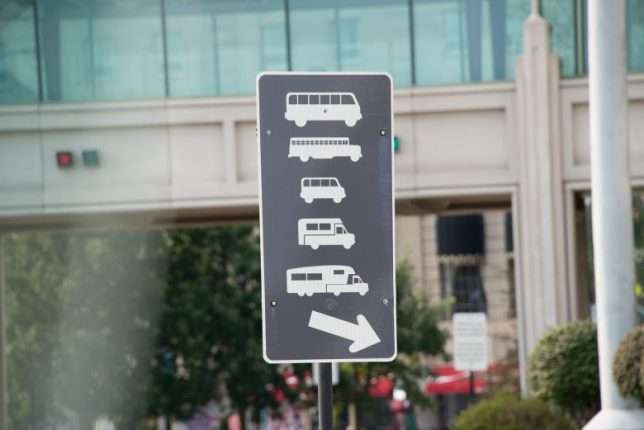 Before crossing, we were a little concerned that Shizuka going in and out of the US so often might cause some concern (we haven’t tried entering the States yet, so that story might yet still unfold), but we didn’t really think about how our story might sound to Canadian border patrol.  Our conversation went something like this.

Border Partol: How long will you be staying in Canada?

Us: About six weeks, give or take.

Us: Toronto, Montreal, Quebec, then we’re kind of going around Nova Scotia to wherever sounds interesting.

Border Patrol: *grimaces* How are you affording this?

Us: I work through the internet and we have money in our bank to cover expenses.  (We have zero proof of this)

Border Patrol: *grimaces and balances chances of truth versus bullshit* Enjoy your stay.

The exchange took longer, but we certainly weren’t the easiest decision the guard had made that day.  Hopefully we weren’t the hardest.  Actually, I hope that we were so that his job was not too difficult. 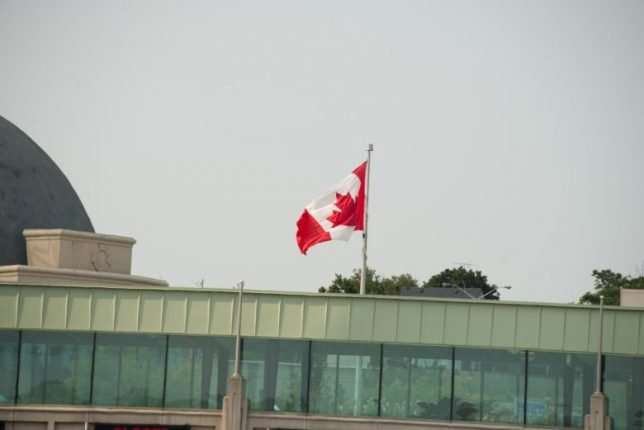 Both Shiz and I have been to Niagara Falls, but there’s something about this place.  Not only is it the subject matter of the first picture of Canada, but the shape, approach, display, sound, and feel of the falls entice you.  Or least they entice me.  The upper river leading to the falls sits wide and slow, tricking you into thinking that nothing special is coming.  But once you see the falls and see the shear amount of water pouring over the edge every single second, the reality of how much energy sits inside that calm river comes to light.

Niagara Falls is a tourist destination, so there are the inevitable traps, but the special attraction are cool as all.  Watching boats of poncho-clad tourists sit in a boat to receive nature’s equivalent of a Gallagher show really is a blast.  Standing on the edge of the river and feeling the mist envelope your face feels almost transformative.  And you know what I found out this time?  There is a a tour that takes you right to the bottom of the falls through 130-year old caves.  How cool is that?

I’ve only ever spent a couple hours there, but after reading more about things to do in and around Niagara Falls, I think the next time we visit I’ll make a 3-day trip out of it.  While even an afternoon is delightful, there seems to be so many interesting things that 3-days would be just right. 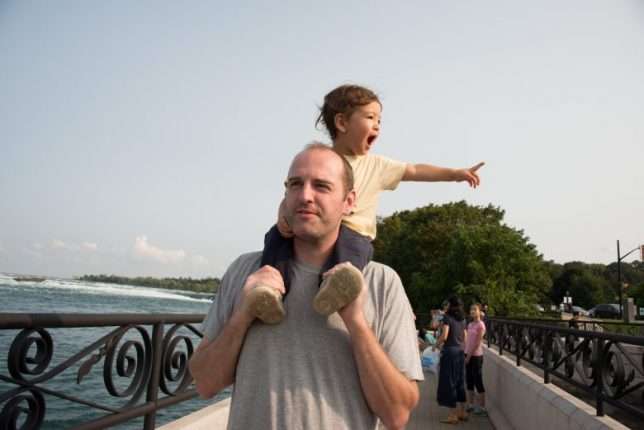 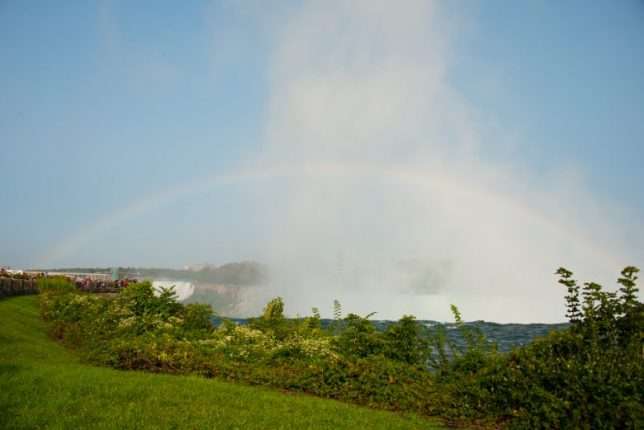 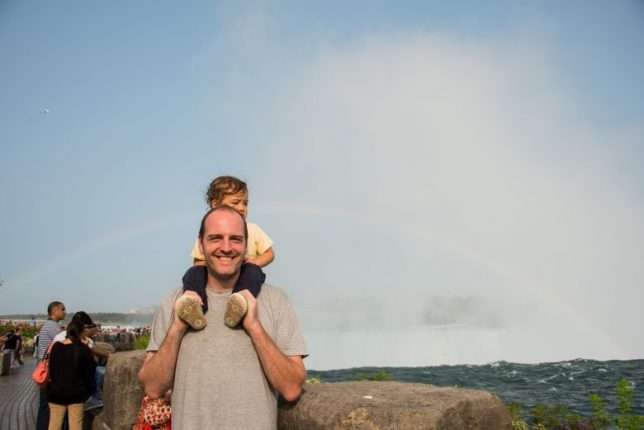 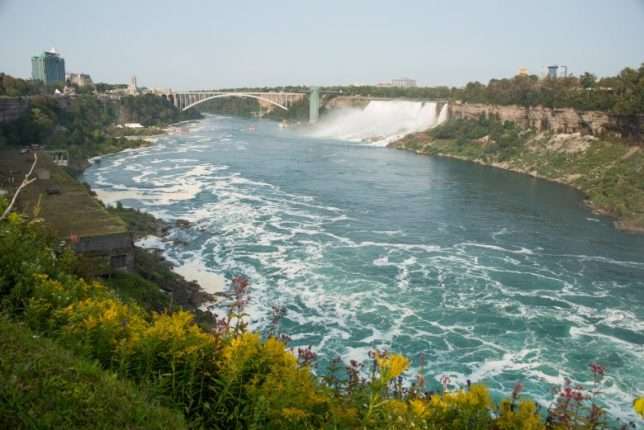 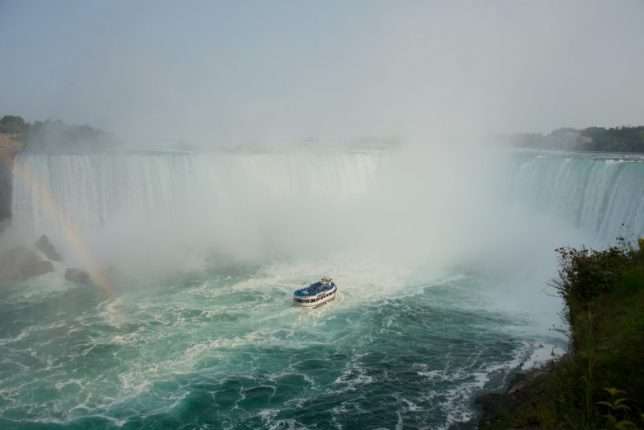 P.S.  While the traditional vehicle for passing over the falls might be a barrel, the list of objects that have passed over Niagara Falls is impressive.