Over a Third of Maine Lives Here – Portland

After our first night of ninja camping, we celebrated with a breakfast using the money that would otherwise have gone towards accommodation.  In the mood for true American fare, we stopped at a wonderful little cafe that was America right down the gutter.  I mean, look at Shiz’s pancake.  I swear that there is one under all that whipped cream. 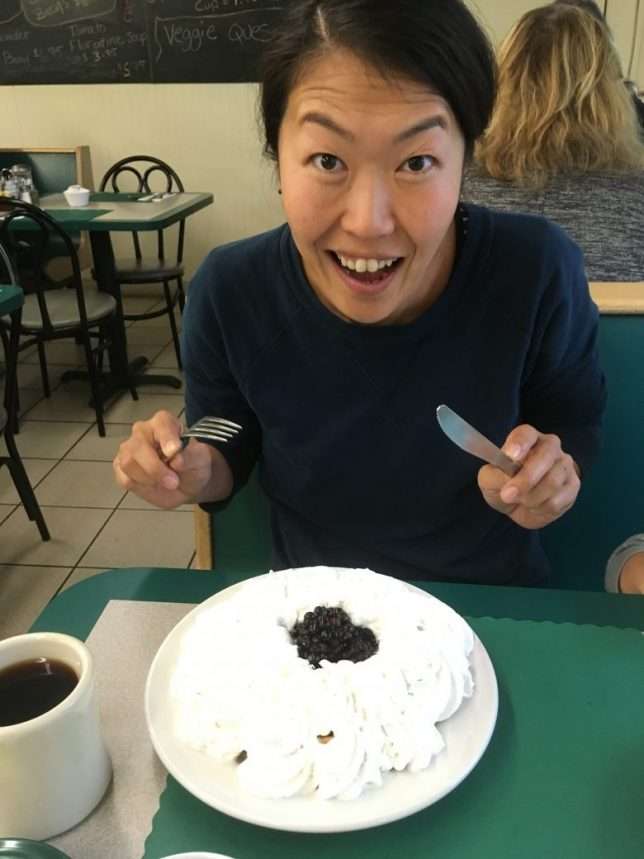 Eventually, we reached Portland, where over 1/3 of everyone in Maine lives.  It’s a decent-sized city and I wish that we could say we explored it to its depths, but it pretty much rained the whole time we were there.  So while we did not see too much, we did see a bit.

Downtown is situated on a hill, with the main thoroughfare housing food and coffee that is rather famous.  The city is nice, but frankly,a little trashy.  Now, I always like a little bit of trashy in any town (hell, I even prefer it), but this bordered a little too close to sketchy for my books, personally.  Maybe it was the rain, but little of Portland impressed me.  There was some interesting coffee and the buildings were pretty, plus views from the Eastern Promenade are really nice, but all that didn’t make up for a kind of dirty, slightly sketchy little town. 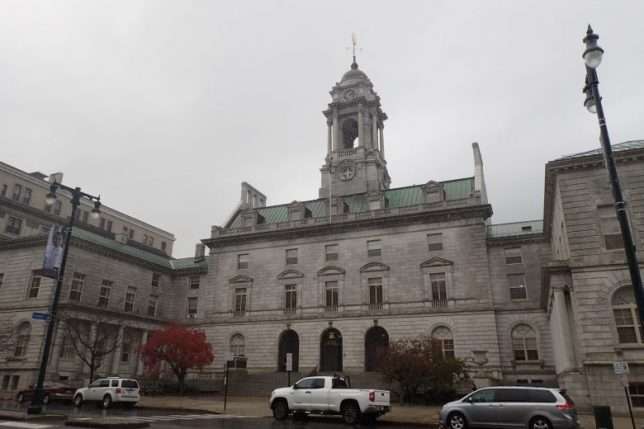 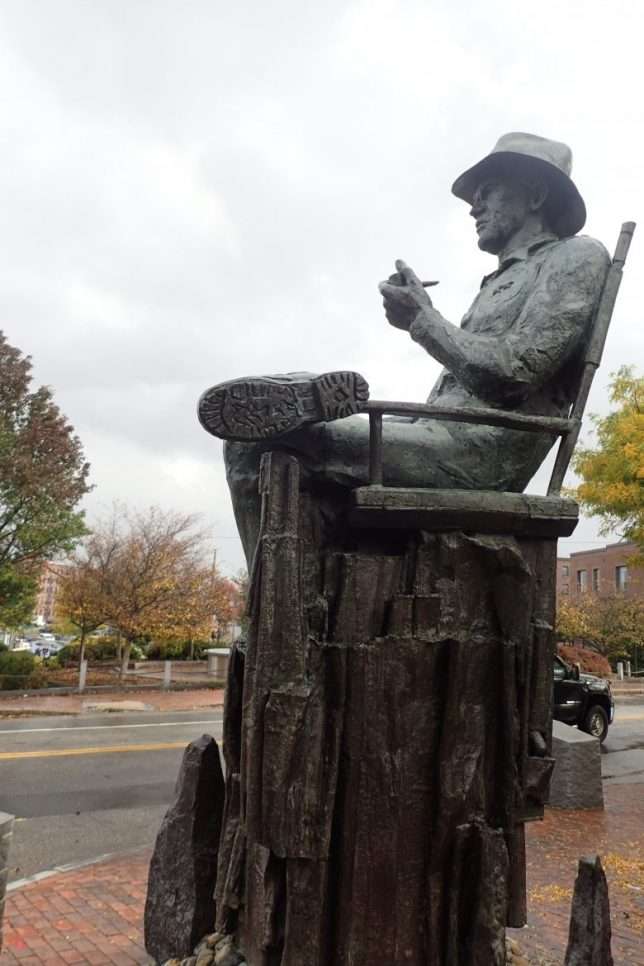 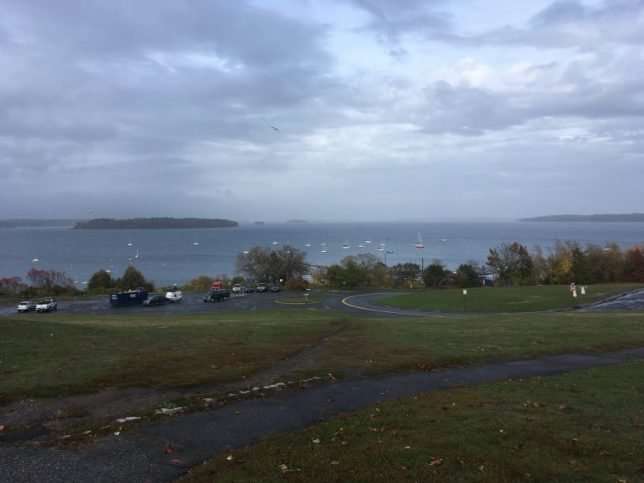 I did, however see this little gem in a bookstore window.  Side note: Portland has lots of bookstores, so it does have that going for it. 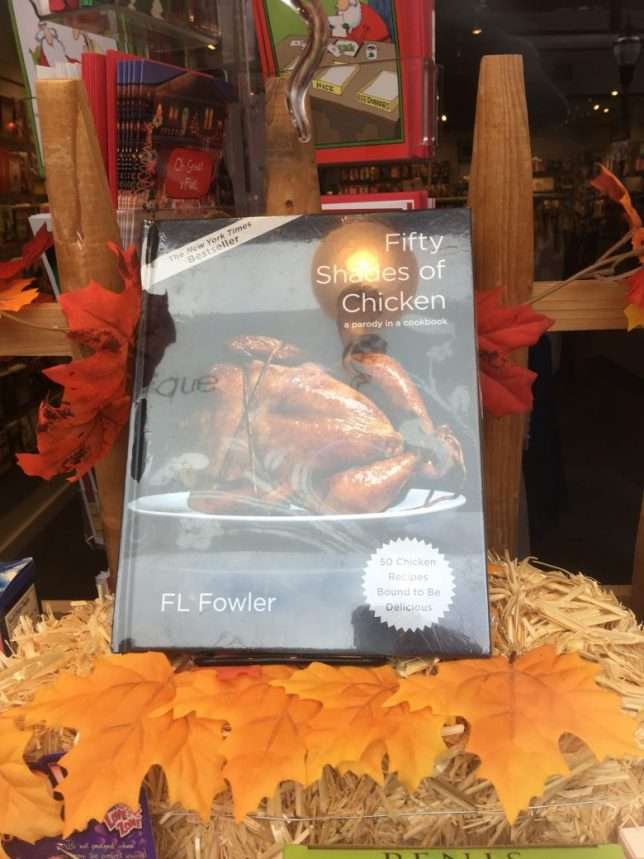 With the rain and little we felt compelled to see, we took full advantage of the wonderful Children’s Museum.  Situated in downtown close to the Portland Museum of Art, the four-story building provides numerous interesting things for children of all ages to play with.  Seeing as how Fin is just obsessed with cars, guess what he played with most of the time.

Were he older we would have spent more time on the fourth floor, which was dedicated to light displays and interesting ways to interact with light, including a stuffed animal x-ray game which I thoroughly enjoyed. 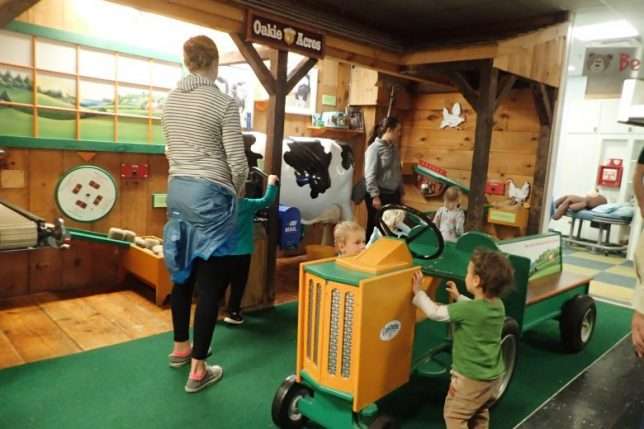 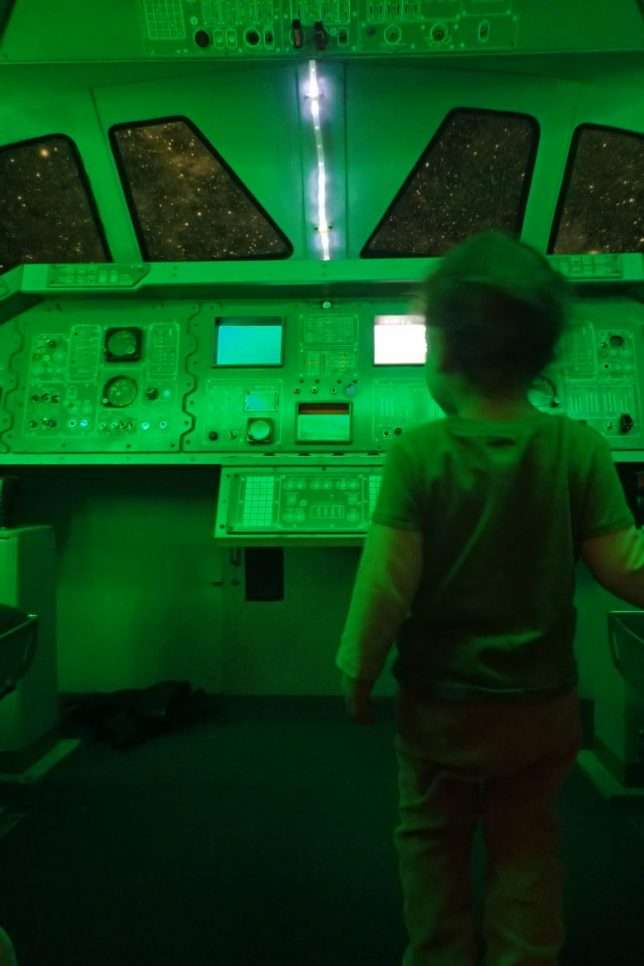 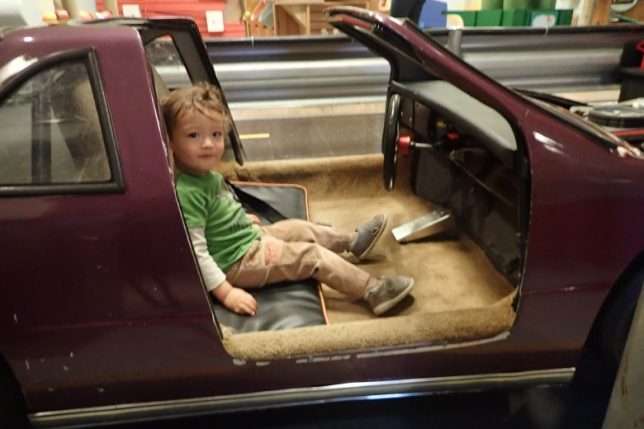 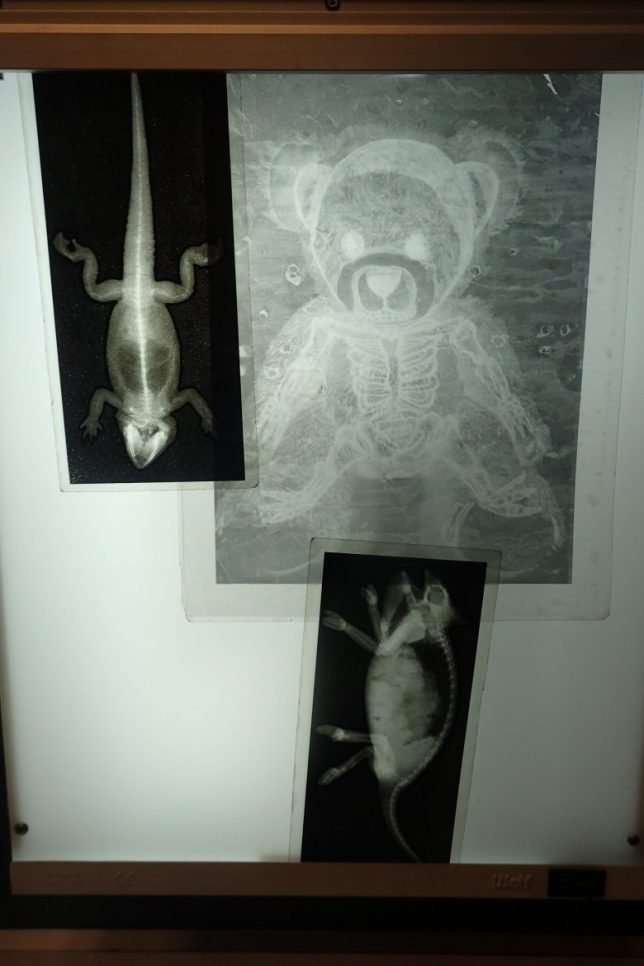 On our final day we headed out to Allagash Brewery, one of my favorite breweries in the entire NE.  I love their stuff and reading their beer selection on the website excited me for a tasting of some special and interesting beers.  We pulled up just after opening to find six beers on tap, two of which could be found at any bottle shop in the US.  The taster tray was for four beers, which were decided for you in stead of giving the customer to choose which four beers to sample.  The other two beers could be bought a half-sized pours, but you couldn’t include them in the sampler. 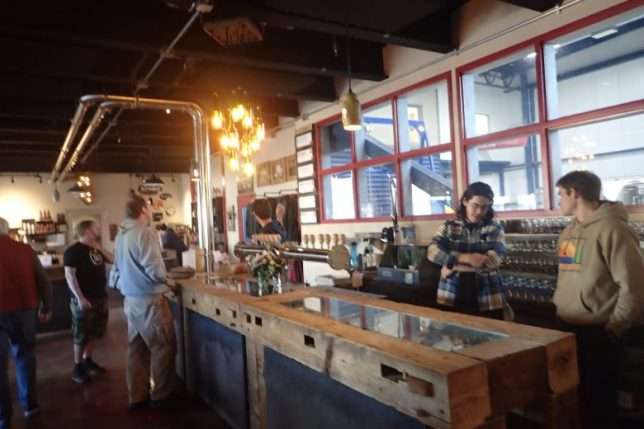 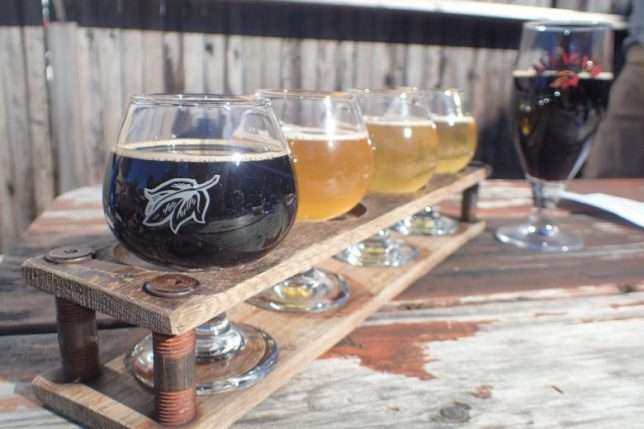 The beer was just awesome (it’s Allagash, after all), but the experience really turned me off from the brewery tour.  I’ll definitely still buy their beer, but cannot recommend that anyone visit the brewery.  It felt like every decision was made to make life easier for the books and the bartenders with no thought as to what the customer might want.  As someone who has visited a fair amount of breweries, this really was one of the most displeasing experiences I’ve ever had.  Which is sad, seeing as how the beer is so good.

Maine has so much beer to offer that I wish we had tried any other brewery instead of coming to Allagash.  Meh, live and learn.