Having explored a lesser known but glorious canyon, we set the front bumper towards the Northwest corner of Colorado for a later exit into Utah.  With all the volcanic activity around us and the numerous days we spent camping, however, we needed to find a hot springs while still near the Rockies.

Colorado is filled with hot springs, but I was surprised at how many of them are resorts.  Trying to find a nice little hot springs that hadn’t been built into a massive resort turned out to be much more difficult that I imagined.  For the most part, hot springs were either resorts or 8-mile hikes, which we just couldn’t do with Fin (the views from those, however, looked just superb).  We did, however, find one great one between Hotchkiss and Glenwood Springs. 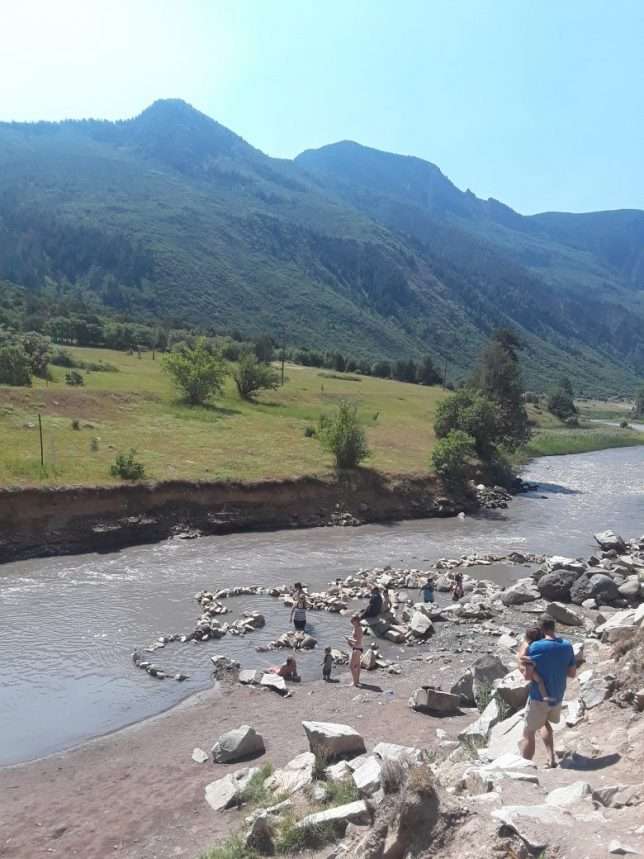 This is Penny Hot Springs and it is literally right off the road.  Assume that this photo is taken from the road and you’re not too far off.

Frequented by locals, this hot springs changes frequently as people move rocks to try to create the most favorable soaking conditions possible.  Many of the people we talked to here said that it was much better when they came two days before, but that someone had rearranged the rocks.  It was also much clearer, but the night before a heavy rain had fallen, so silt filled the river on the day we visited.

The river was obviously cold, but a trickle of boiling hot water and the rocks combine to make some neat soaking.  It’s truly hot springs in the wild, as the water will trickle this way or that, changing the temperature of the pool as you soak.  It’s pretty neat. 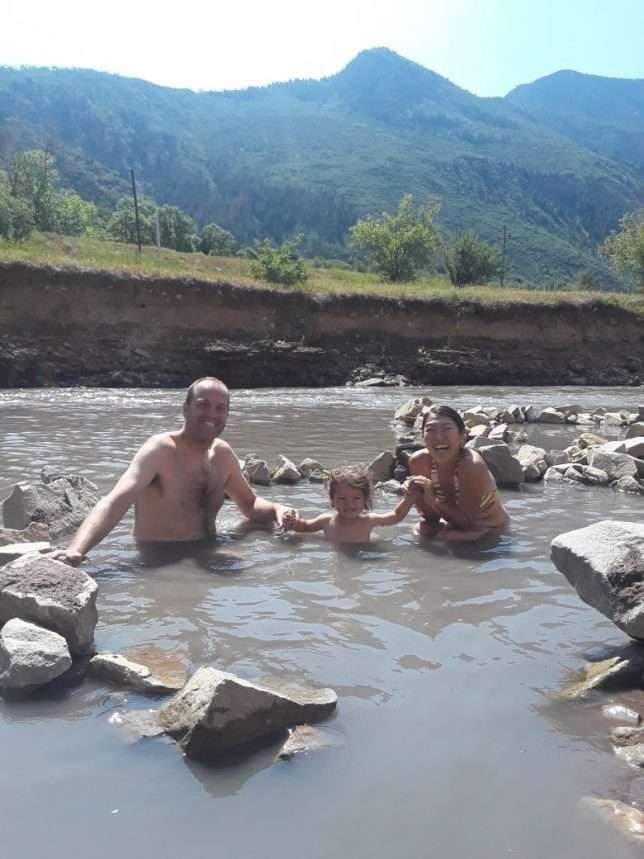 While soaking, we mentioned to a couple that we were going to stop by Rifle Falls, but they said it wasn’t really that good.  We had time, though, so we decided to go ahead and stop anyways, as it was close to where we planned to camp either way. 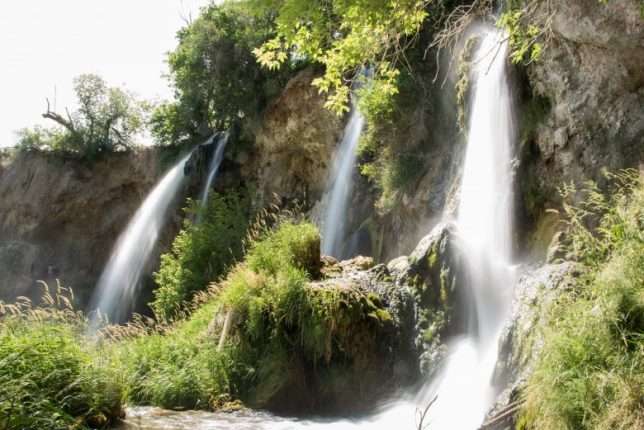 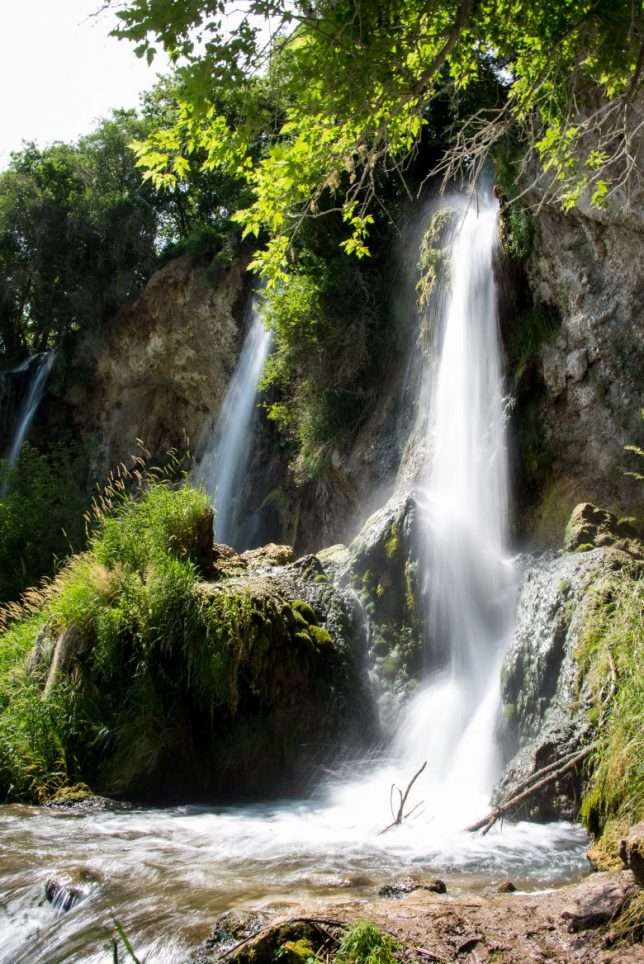 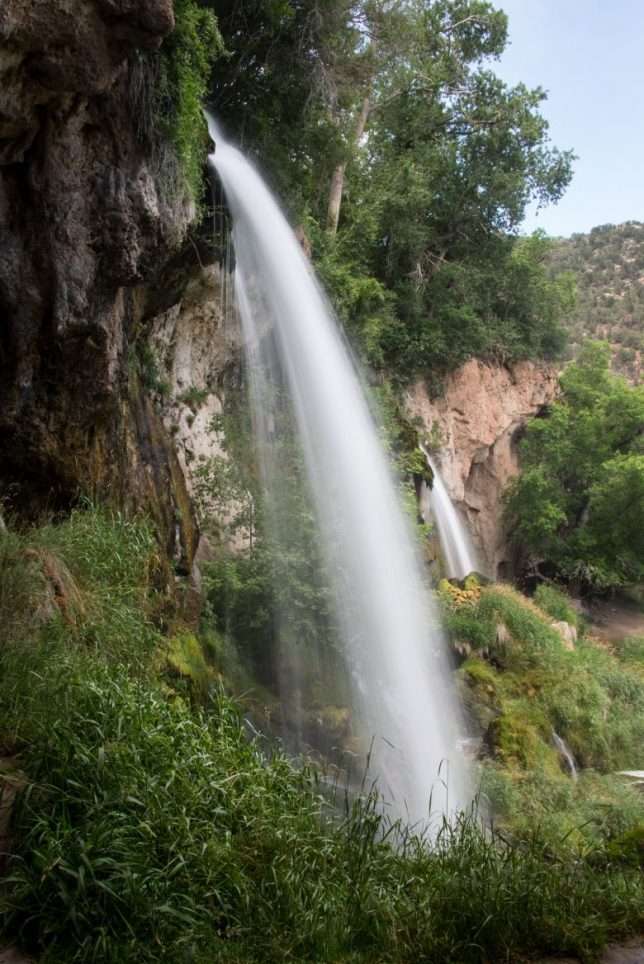 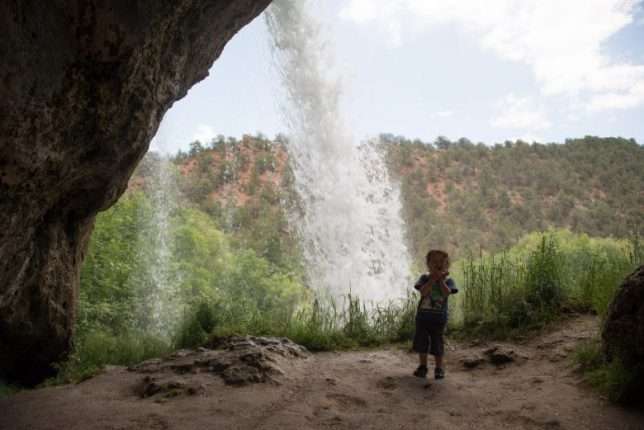 Personally, I don’t know what that couple was talking about.  Rifle Falls was awesome.  The falls themselves were very interesting and the pathways around them provided access to several different and interesting viewpoints.  We really enjoyed the path that takes you up behind one of the falls.

But the park is more than just falls.  The stone in the area has been eroded away over the years by rain and the river to create several small caves that were just a blast to explore.  One of them even went so far back that the central room was pitch black. 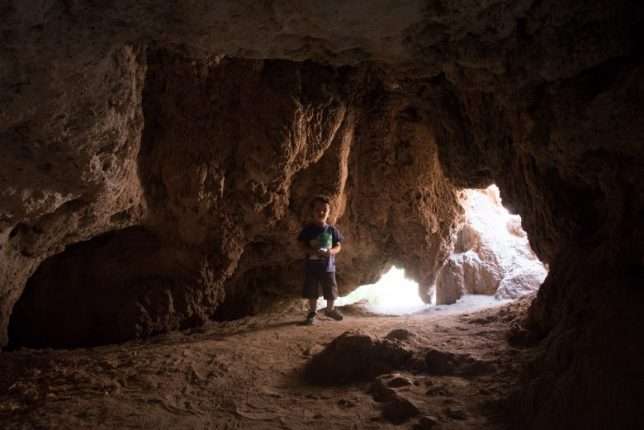 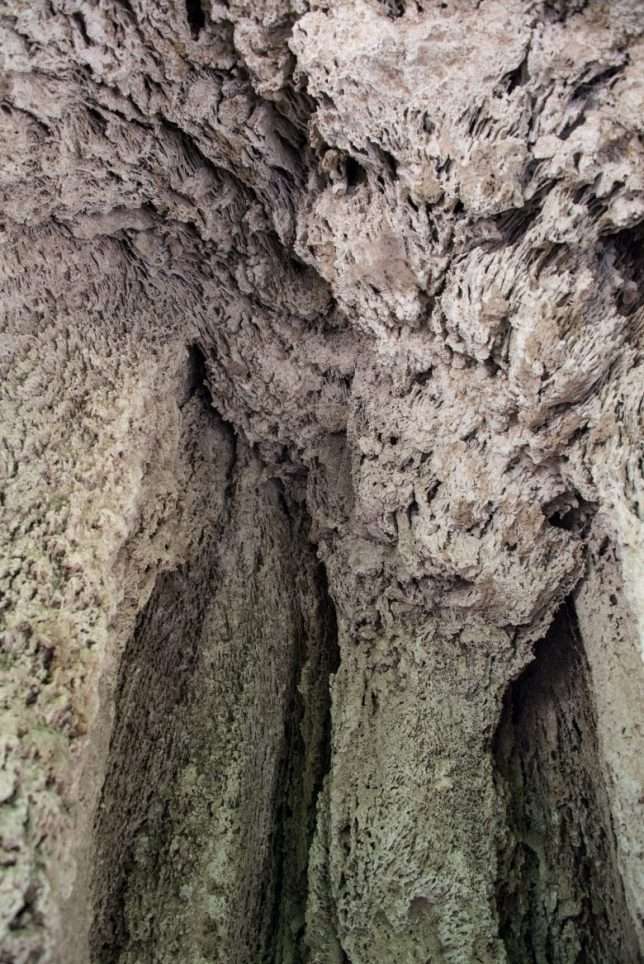 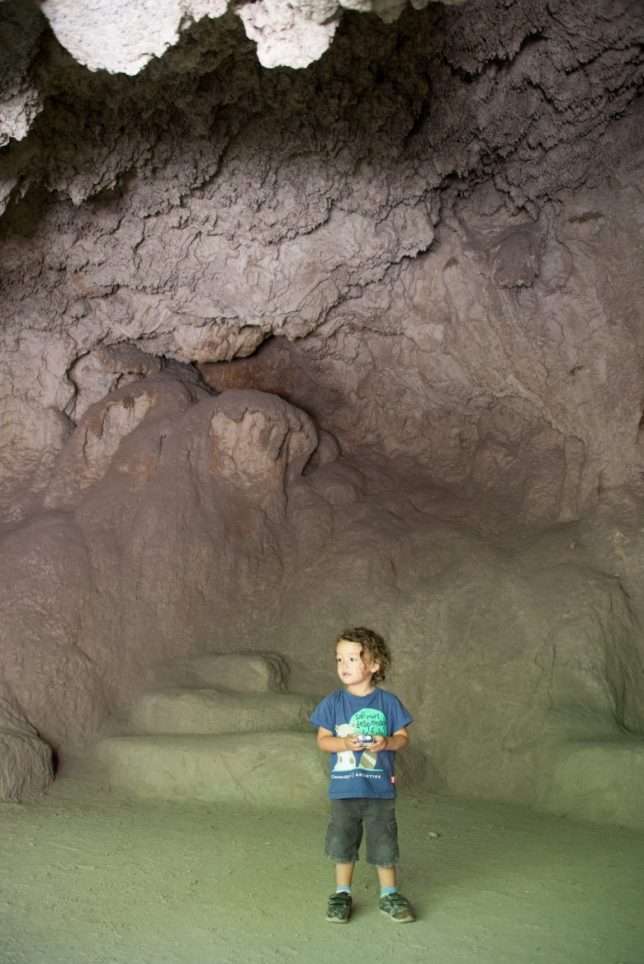 The park is an absolute blast to explore, the falls are gorgeous, and the info on the place is spot on.  All together, it makes for a thoroughly enjoyable afternoon outing.