More than a Band of Horses Song – The Great Salt Lake

Though we saw many more, the bizarre hoodoos of the oil fields proved to be our goodbye to the majestic rocks of the Southwest.  We did stop for camping on the way West, but nothing as intimate of post-worthy as what we had experienced over the past couple of months.  But West we had to go, which brought us to Salt Lake and the city nextdoor.

Our route took us to the lake before the city, but I’m writing them the other way around because it’s far more interesting.  The appeal of cities had been fading in us for a while, but as Salt Lake City is the home of the Mormon religion, I did want to see their main church.  It’s quite an impressive building. 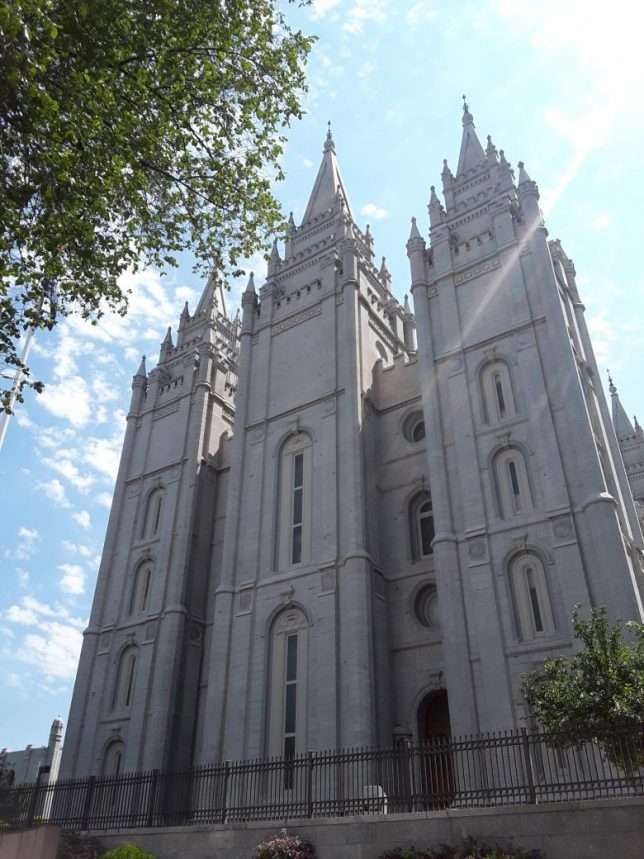 An impressive building that, it turns out, is only open to Mormons.  I have to respect the non-harmful aspects of any religion and it’s their choice who they let into which buildings, but I was kind of sad that we couldn’t.  Much of the rest of the campus is open to visitors and they are extremely accommodating, but I was a little bummed.  There is a replica of the central church with cross-sections for looking in, but its not the same.

Again, not my religion and that’s just how it goes sometimes.

The rest of the campus was pretty neat.  It was all very clean and massive, but we spent an hour or two there and called it good. 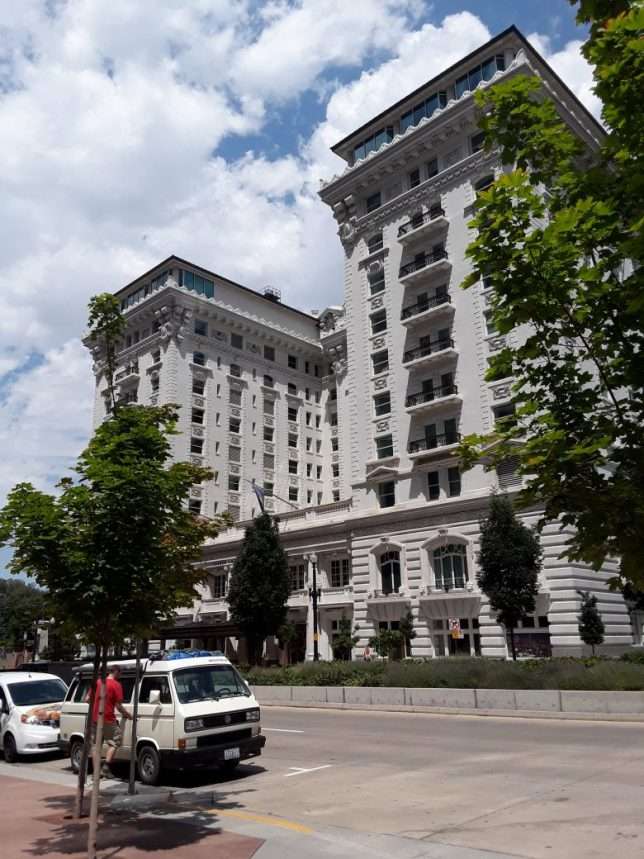 It was our first city in months, however, which meant the opportunity for French pastries existed.  We visited a couple of places, buy nothing really scratched the French pastry itch.

We did stop by one bakery that needs a shout out, however.  Fillings & Emulsions was like no other bakery I have ever been to and was fantastic.  They took the pastry approach of a French bakery, but using latin ingredients.  It was a combination that I never would have thought of, but it worked seamlessly and everything was created with the highest level of skill.  Very worth the stop.

But the highlight of the trip was definitely Salt Lake itself.  I’ve always wanted to visit this lake, though it turns out we didn’t do it at the right time of year, because there were flies everywhere.  Just tiny little that didn’t bite, but it was like having a swarm of gnats covering a square mile.  Seriously, it helped me imagine a plague.

The midday sun was so hot it was hard to stay in the Westy, but the flies covered every inch of shade outside, so we had no choice but to tough it out in the van. 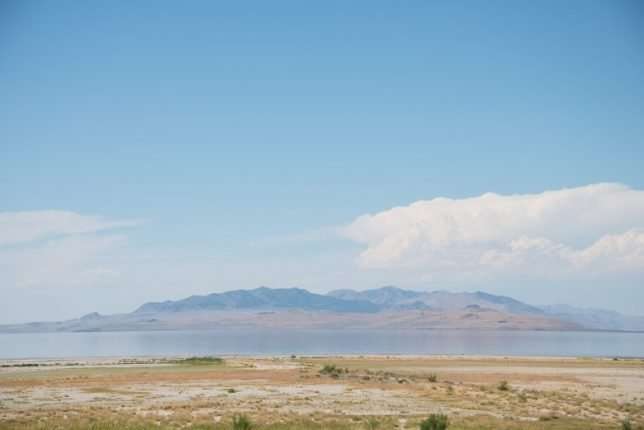 But we had come this close to Salt Lake and there was no way I was getting this close without at least sticking my toe in.  So, being the stubborn man that I am, I chose the straightest line from our campsite to the water and set off walking.

My path took me straight through knee-high bushes with thorns on them, then through a short, sandy flat that was just hell to walk through.  But I made it to the water’s edge! 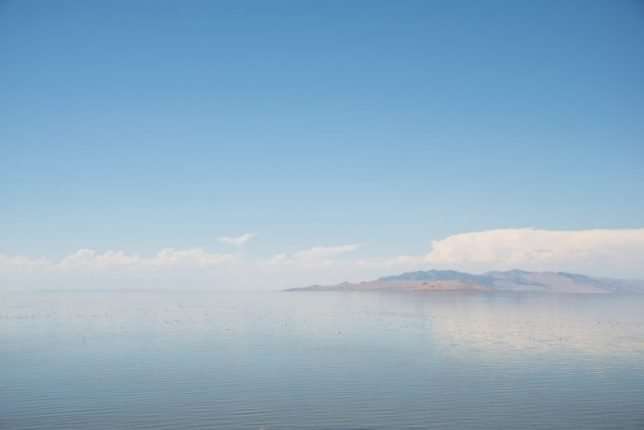 Then I saw the flies.  I thought the campsite was bad, but this was flies carpeting the shore two feet deep with no break.  But I had come this far and was going to my toe in there even if I had to be kind of grossed out to do it.

And that’s pretty much what I did.  Run up to the water, stick my toe in, and hurry back to the campsite.  It’s wasn’t much more than bragging rights, honestly.

Shiz and I were feeling pretty disappointed in Salt Lake at this point, because we so far had made a special stop just to be muggy and fly-ridden.  But that evening made up for it all.

An hour or so before sunset, all the flies went off somewhere (they could never return, for all I care), granting us not only respite from the heat, but a nice walk and a glorious sunset. 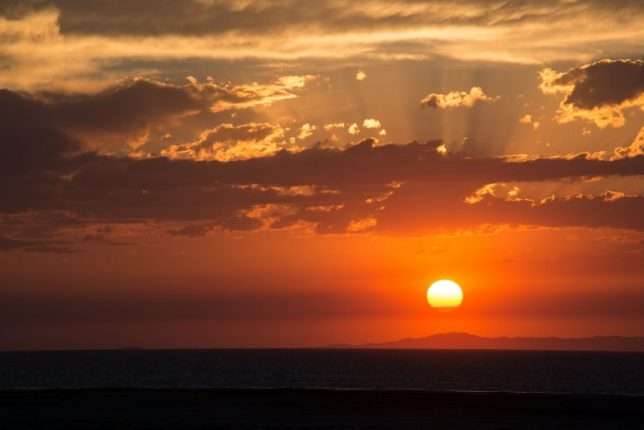 It was glorious and we were happy, but the best was yet to come.  The clouds you see on the left-hand side of the picture were part of a large storm cloud blowing our way that was charged with energy and treated us to high-altitude lightning show the likes of which we haven’t seen in about 10 years.

We spent hours after Fin went to bed watching the lightning show.  It was simply tremendous. 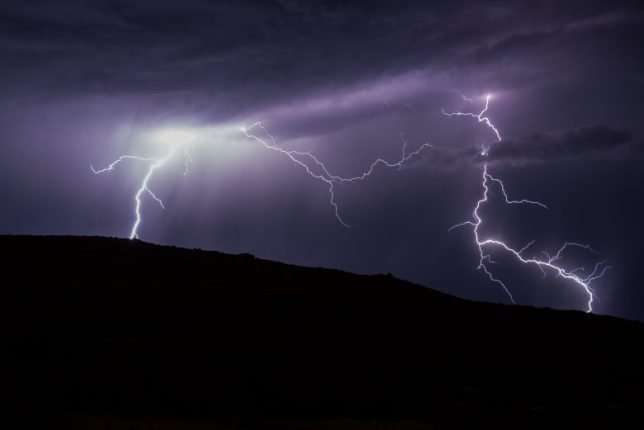 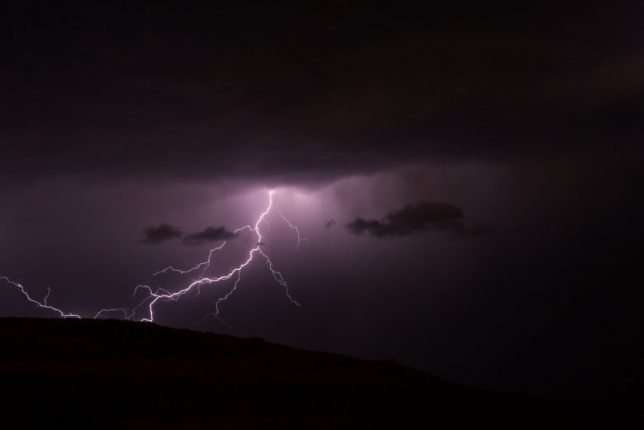 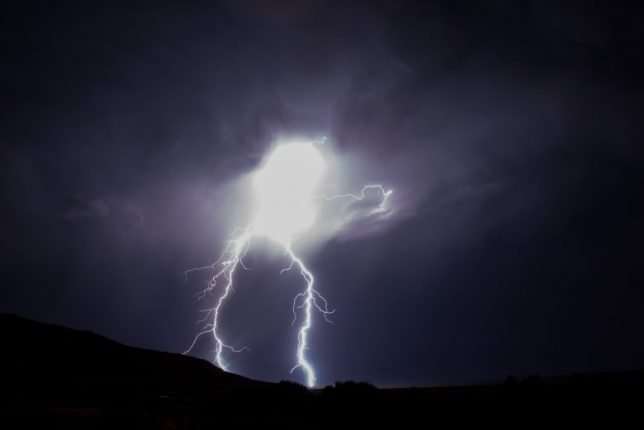 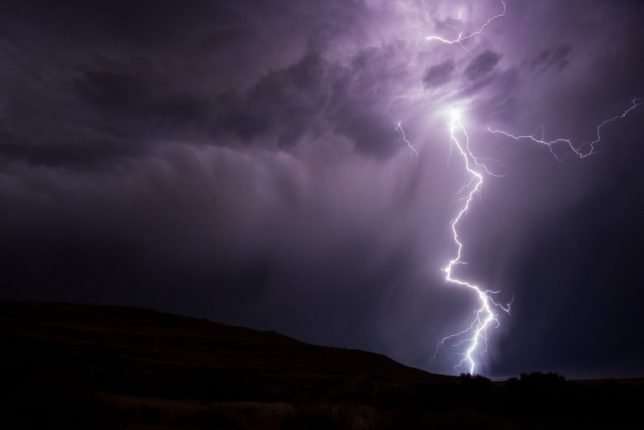 We certainly didn’t fall in love with SLC and would be fine not going back, but we had a great time while we were there.