Done with Charleston, our next trip brought us for a weekend to explore Georgia’s jewel, Savannah.  Though it played no less a role in the South’s dirty history, it didn’t feel as noticeable as Charleston, though the city did nothing as far as I could tell to hide it spart in slavery.  The city council has worked very hard to keep the atmosphere of colonial days through strict adherence to preserving its downtown while also investing in museums that teach.

On top of this, I found that they address the needs of a modern city rather well.

Wanting to walk into downtown proper, we parked our car a little Southwest of downtown, right next to Forsyth Park.  Savannah’s version of Central Park, it provides the major recreational outlet for the city’s citizens, as well as a pleasant surprise for us: a farmer’s market. 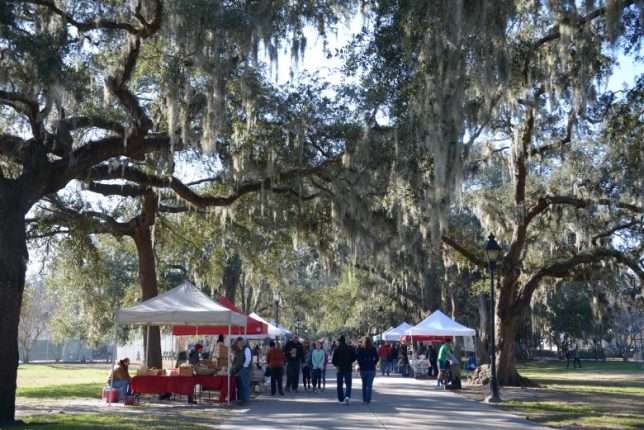 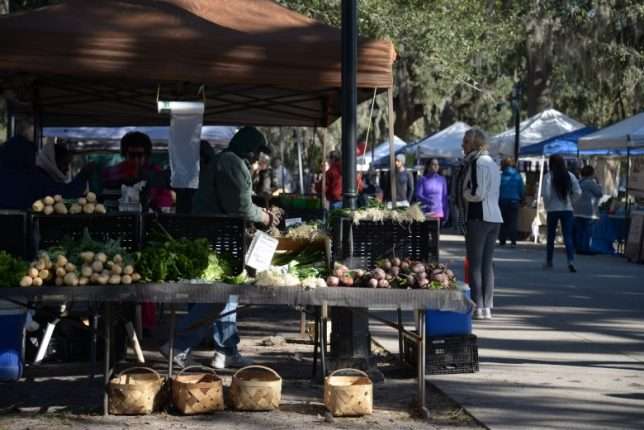 It was an average farmer’s market, but we love farmer’s markets, so that was fine by us.  The most interesting stall to us was one that sold traditional African Southern food, using some really interesting and tasty ingredients.  We had already had lunch, but it was good.

I love walking around new cities and historic downtown Savannah was a real treat.  The city layout that Oglethorpe envisioned placed these tightly packed houses next to broad, sweeping trees, with streets broken apart by thoughtfully placed public squares.

We wandered the streets, peeking down alleys and meandering through museums, thoroughly enjoying ourselves.  It’s just a great place to walk around, as the houses are simply stunning and the abundance of public squares offer easy respite for tired legs. 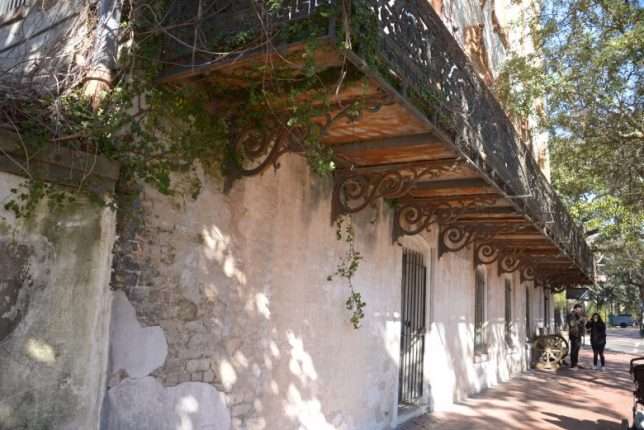 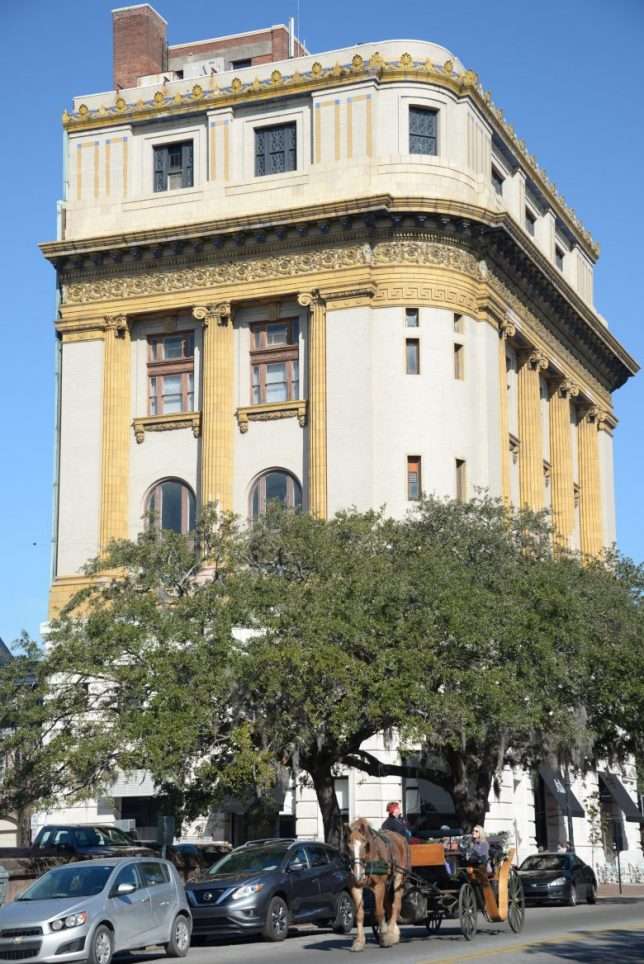 Form downtown it’s an easy walk to the harbor, the lifeblood of the old town.  It’s a tourist mecca that makes for a pleasant stroll, but honestly, I like downtown better.  The walk by the river is where all the tourists get funneled, so while the history is certainly there, the presentation feels a little forced and generic. 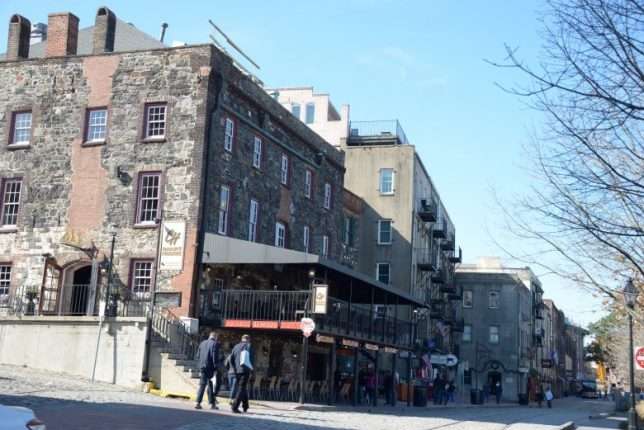 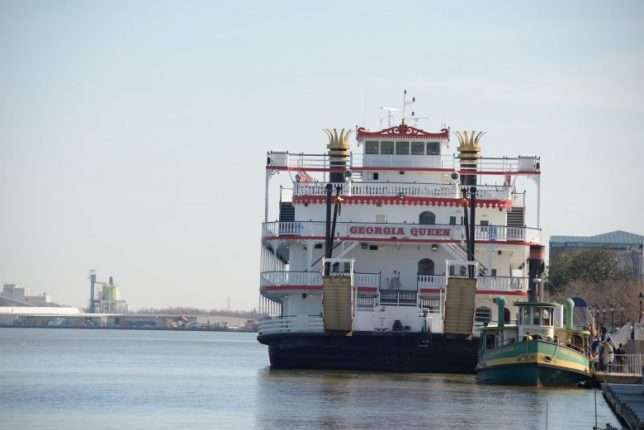 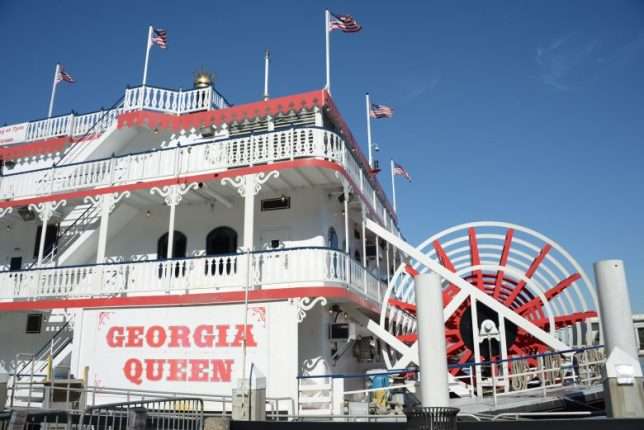 For all of that, however, Savannah did give Charleston a good run for the apologist approach to history.  Right next to the steamboat I ran across a plaque discussing how Georgians resisted institution slavery until economic pressure from the other states around it who used slaves essentially forced them to adopt slavery, and only then with some very august people in opposition.  The plaque made it seem that Georgia reluctantly agreed to use slaves, but seemed to skirt the fact that they chose to do so at all.  Better to admit wrong and face up to what was done in the past then try to scapegoat pressures.

For all that apologizing, that racism reared its head that day as well.  Walking back from the river, we walked upon a Trump rally.  Now, say what you want about his other policies, but racism has always – always – been present in his rhetoric.  One can’t defend against it. 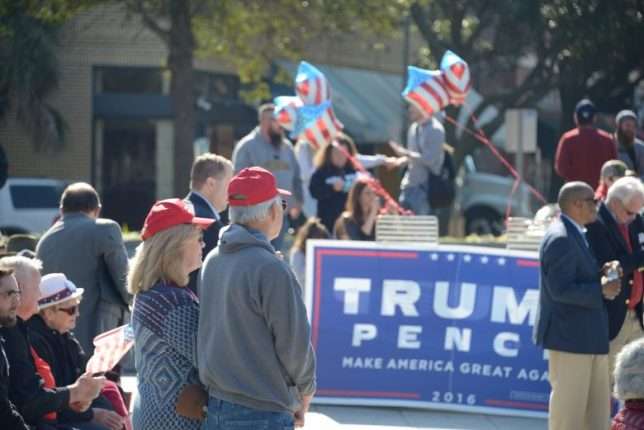 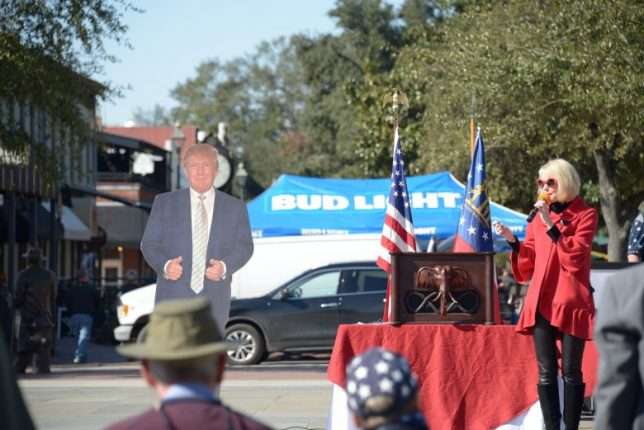 The cardboard cut-out, though, that was too much.  My sister had a life-size cardboard cutout of Jean Luc Picard in her room, and it demanded as much attention, if not more.

Walking West, we came upon City Market, where every tourist will eventually find themselves for one specific, tourist-centric reason: you can drink in public!  Though Georgia and the South have every strict liquor laws, those tourist dollars sure do drive concessions.  I’m all for being able to drink in public and while we didn’t partake, it’s always nice to see.

Turning South, we came upon some very historic Savannah.  Several key battles were fought near the Savannah Historic District and MLK Jr. Boulevard that runs in front of it also houses some extremely interesting museums, like the Ships of the Sea Maritime Museum and the Georgia State Railroad Museum.  We unfortunately didn’t have time to see them, but from what we could tell from the outside, the presentations was thorough.

We did walk around the Historic District, which detailed and worked hard to make the visitor imagine the battles that were fought on those grounds.  It was an excellent display and did much to make me imagine the past and the stories it created on its way to the present.  Great stuff. 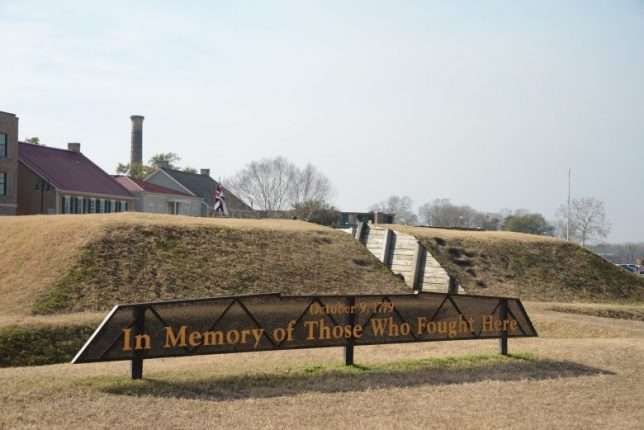 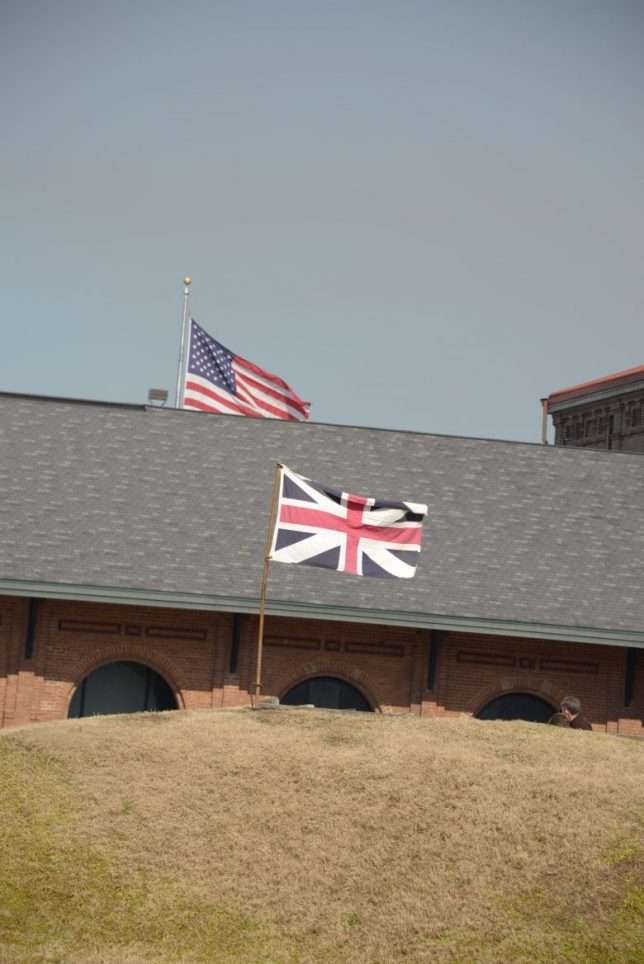 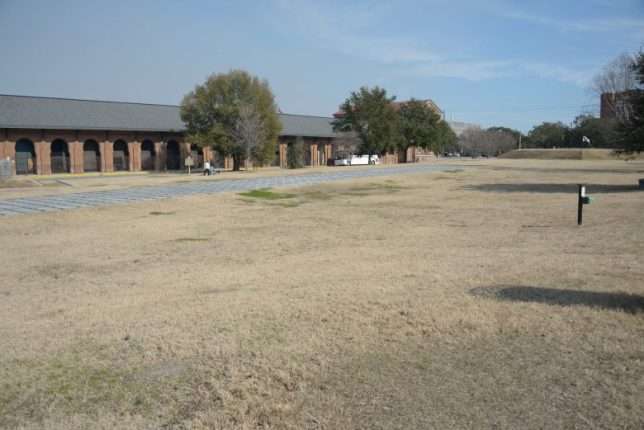 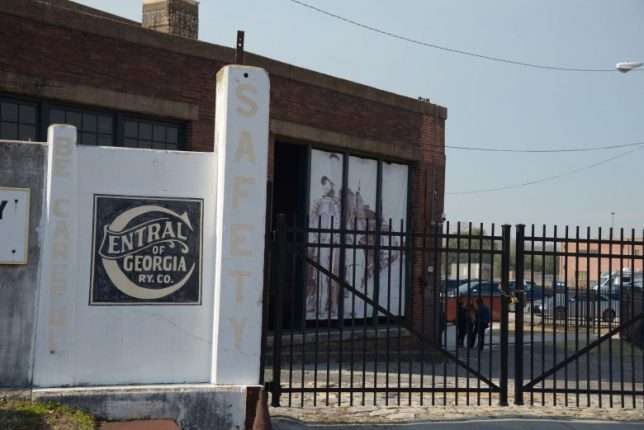 We thoroughly enjoyed our time in Savannah and I’d love to make it back someday for a week and really turn over every last stone in the city.