Phoenix was the last large city we planned to visit for a while, so we stared wild camping and the Southwest in the face and said: Let’s do this.

Our first stop North was to see more cliff dwellings (there are lots of them in the Southwest) at Montezuma Castle National Monument.  By the time we saw these dwellings we hadn’t seen too many, but looking back on all that we saw, I would say that if we had to live in any of the cliff dwellings, this would be high on the list.

Though they would be a complete pain to reach, they’re nicely shaded, close to a stream, and have a good view.  The dwellings we saw were at the most popular spot for the region, but the area has several dwellings around it and I wish we had the time to check out some of the others, as they seemed pretty interesting.  Alas, we didn’t and so took in this lovely space. 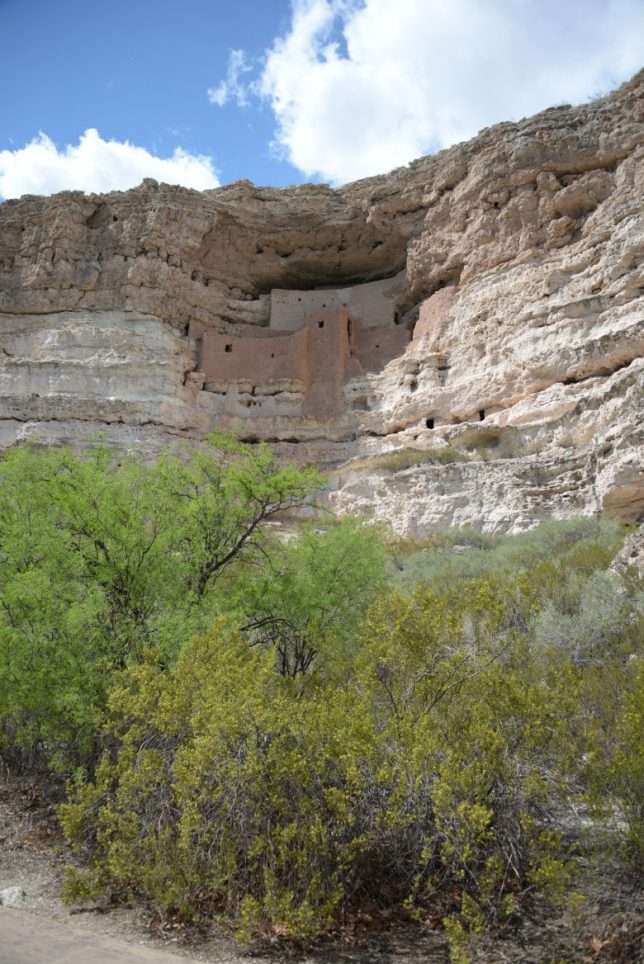 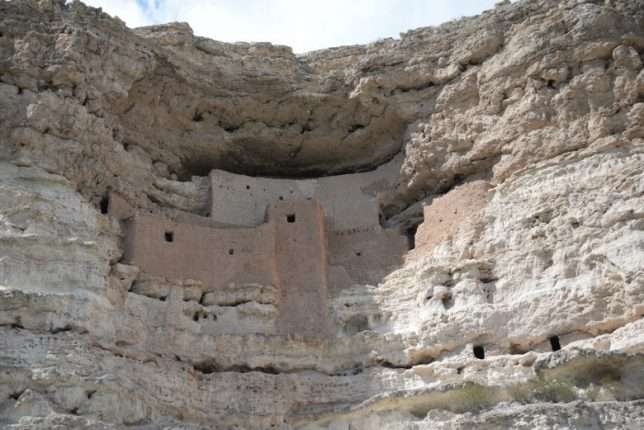 I’m sure there’s a list that ranks cities by number of yoga studios per capita and I bet that Sedona is decently high on that list.  Known for the energy vibes the area throws out, Shiz informed me that there’s apparently a vortex of power that swirls through the area, empowering all around.  I wouldn’t know about that, but there are some pretty rocks.

Which is why hiking is such a popular activity around here.  The local ranger station is wonderful and provides driving maps of the area, including roadside dispersed camping spots.  We had to hike around and be among the rocks and chose to the path around Courthouse Butte because its popularity would mean easier hiking for Fin.  We only got lost once, too! 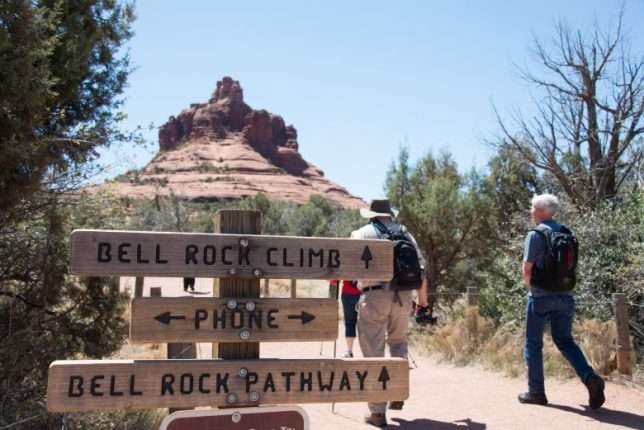 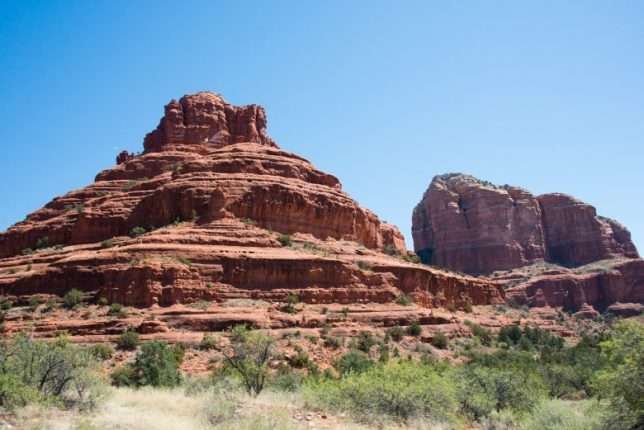 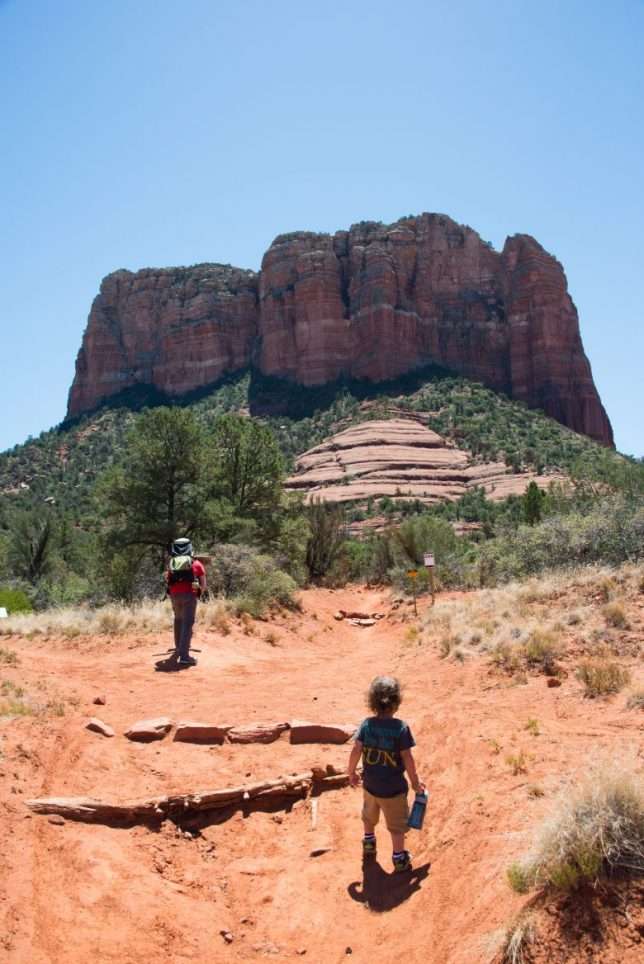 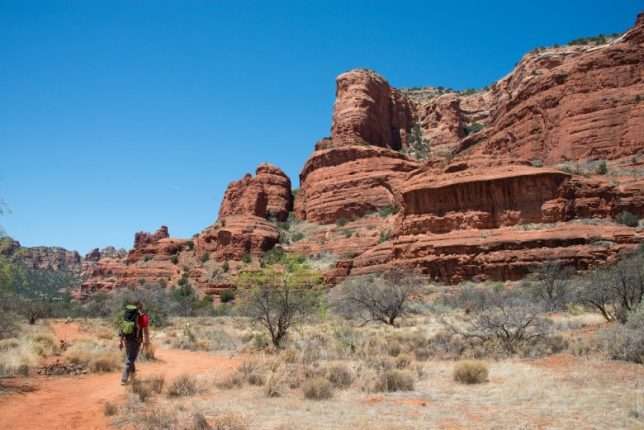 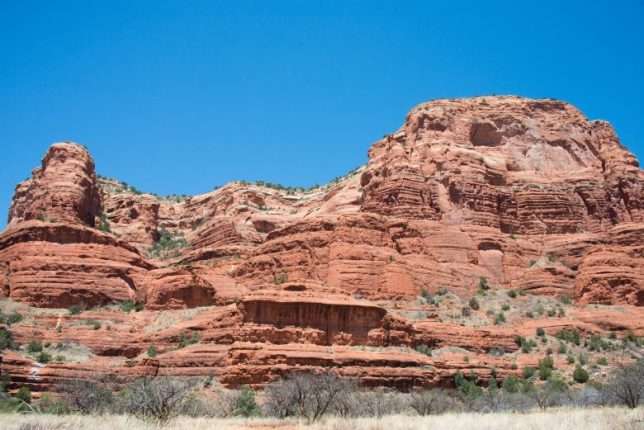 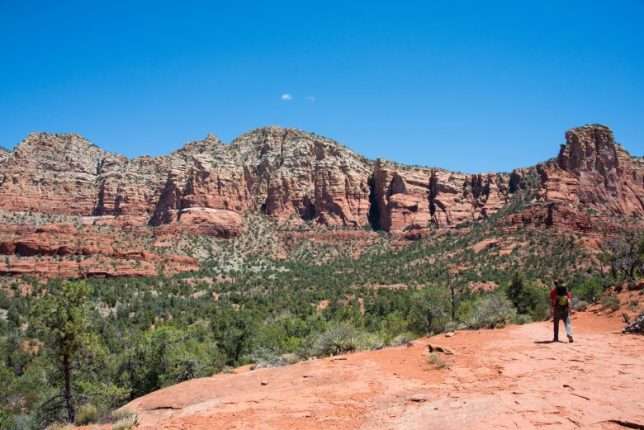 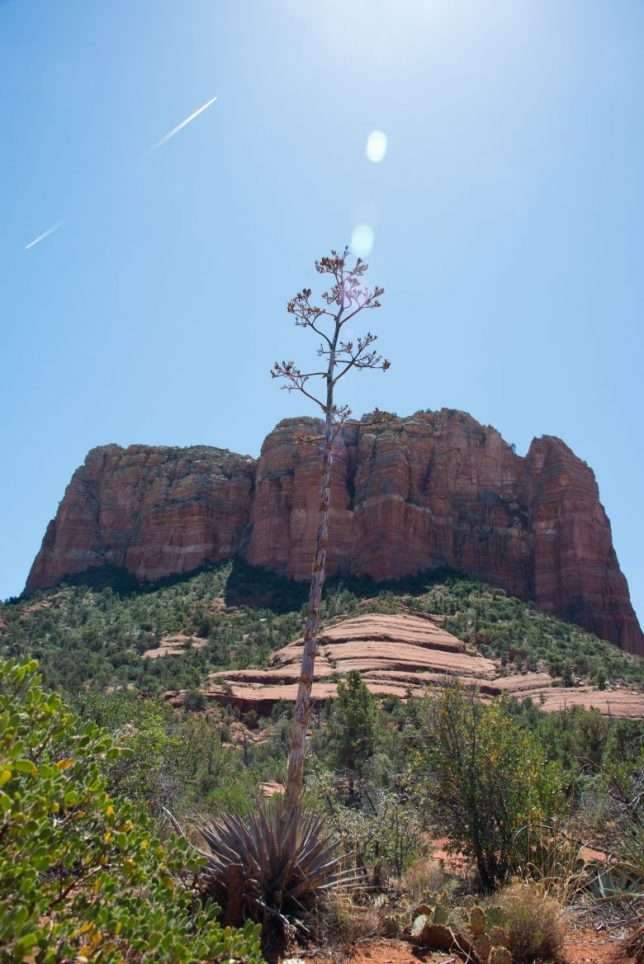 After the hike we headed towards the town of Sedona, but had to stop by the Chapel of the Holy Cross first because it’s a such an architecturally interesting building. 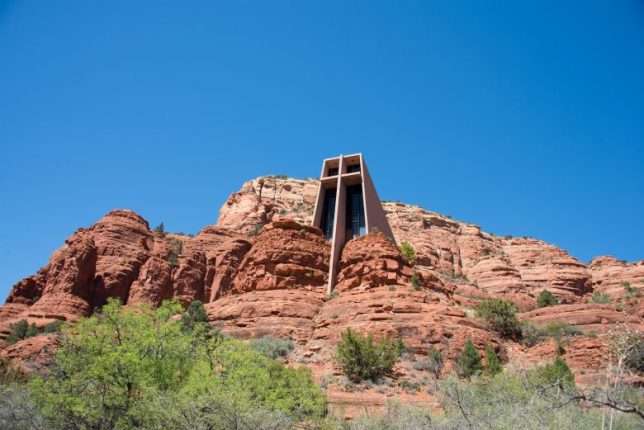 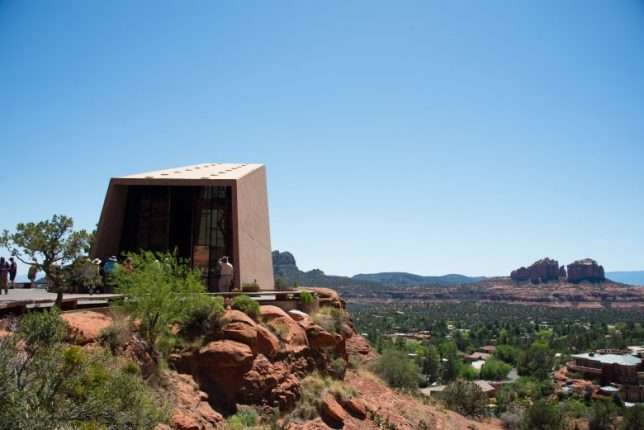 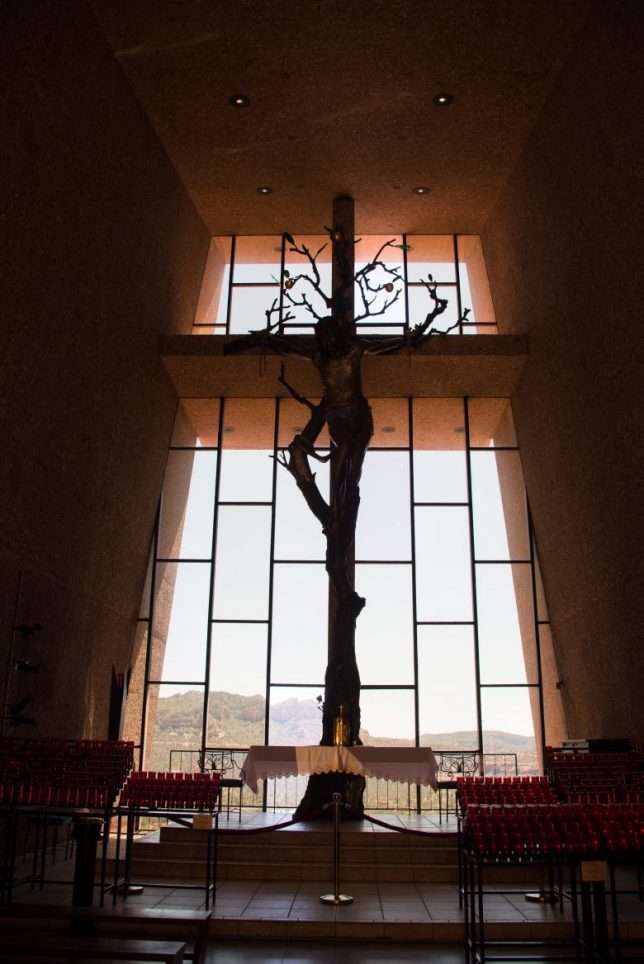 Afterwards it was time to head through Sedona proper, grab some groceries, and camp.  Unfortunately, the city of Sedona and I do not mix.  Your town might have an upscale shopping center in or around it and that’s essentially the city of Sedona.  The kind of place where it’s easy to find a Starbucks, but hard to find a coffeehouse.  It just lacks soul to me and brings out my sarcastic side.

There was one good thing in Sedona, which is Sedonuts.  Those were good donuts (plus, they call their cinnamon roll The Vortex.)

I would go back to Sedona,  but only to drive a 4wd through the dirt roads around the rocks, which are gorgeous.

We had heard about Slide Rock State Park and on our way out of town decided to swing by and check it out.  Oak Creek has carved out a small canyon over the years, eventually eroding and smoothing out enough rock to create a natural waterslide, so we had to go.

It was early morning when we went, so the water was c-c-c-cold.  We thought it was the season, but by noon the water was much nicer.  Regardless of time there’s always a people there and the place is a blast. 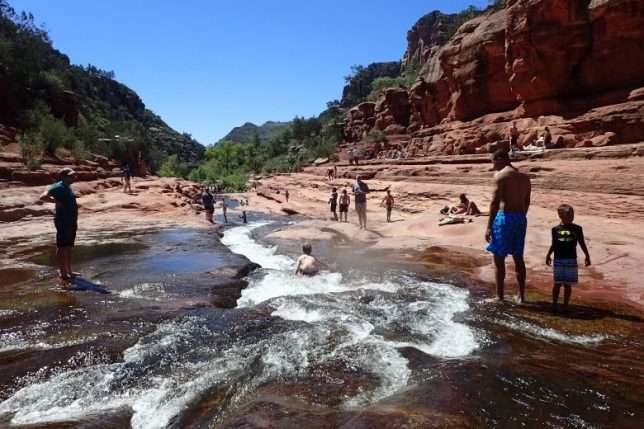 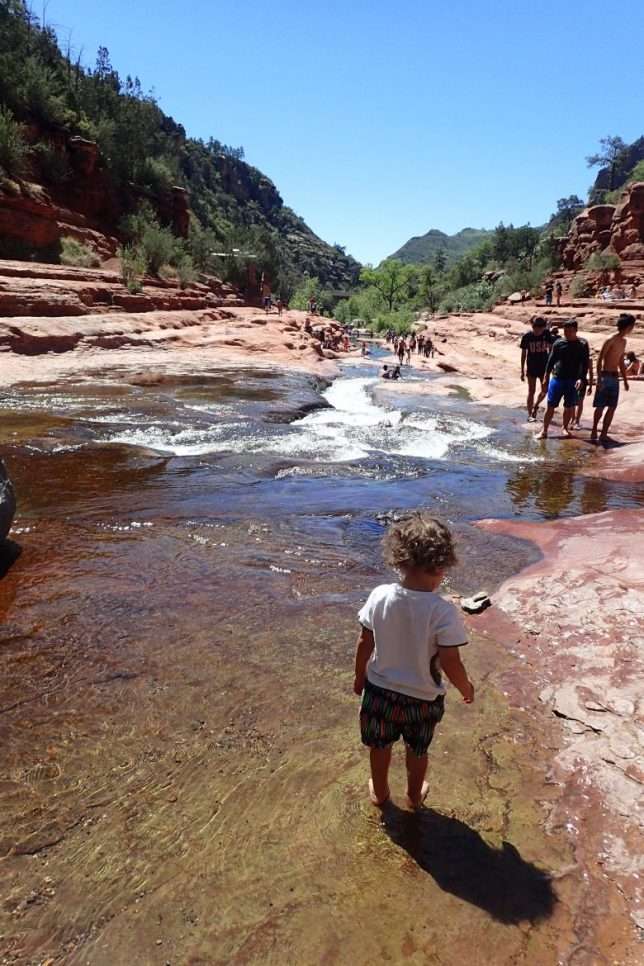 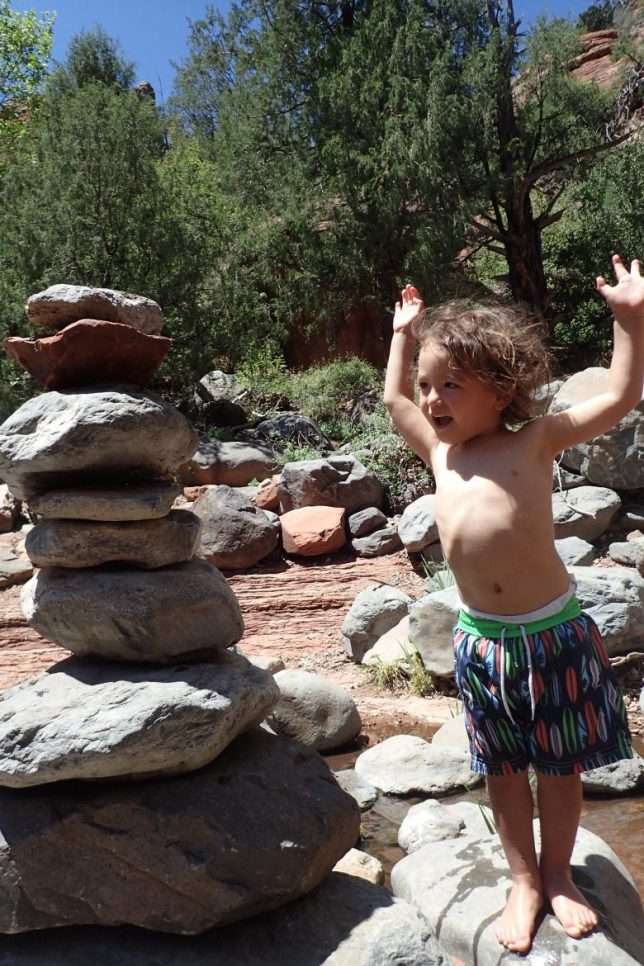