Sadly leaving Rhode Island behind, we broke into Connecticut (one of the most fun states to say) with a stop that was recommended by a friend: Gillette Castle State Park.  A long time private residence, this castle on a hill peaked our interest the second we saw it.  Honestly, that there even is a castle in Connecticut peaked our interest.  Sadly for us, the castle was closed for the season and so we could not go inside, but the walk around the castle was extremely rewarding. 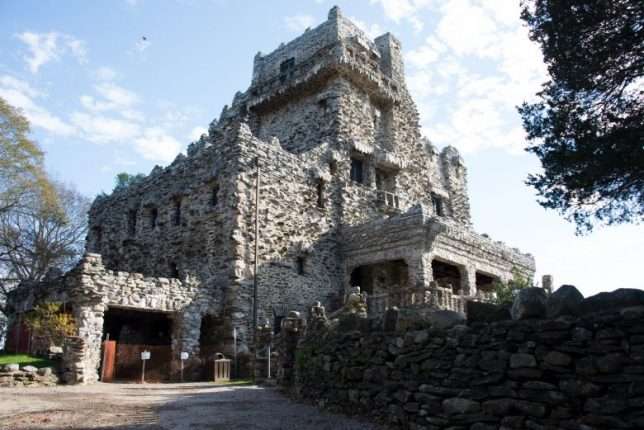 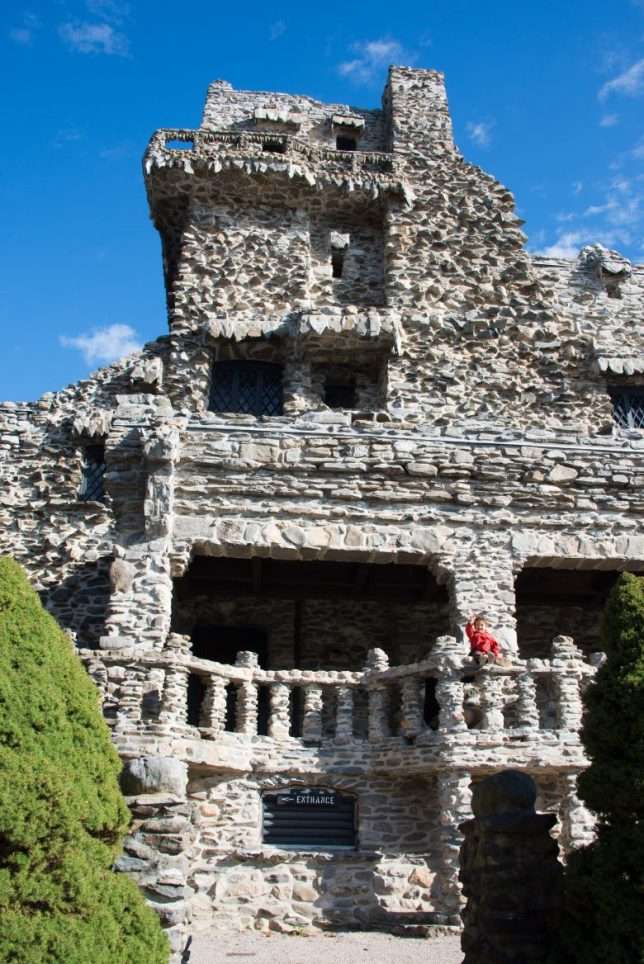 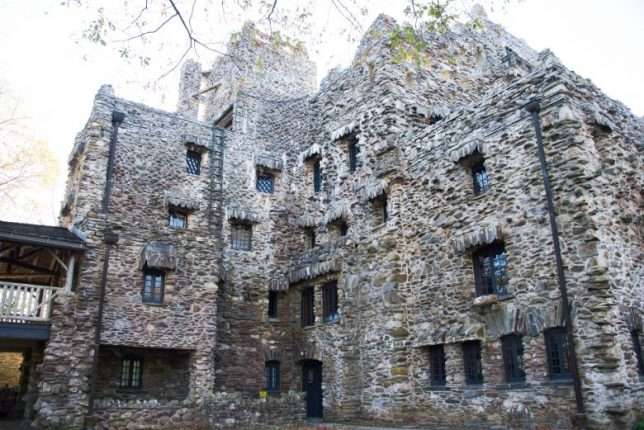 Built over the span of five years, actor William Gillette moved into his castle in 1919.  He was highly involved in the construction of the building, which includes numerous locks, a fire suppression system, and other features of Mr. Gillette’s design.  Judging from his aesthetic and choice of view, I really wish we could have gone in here. 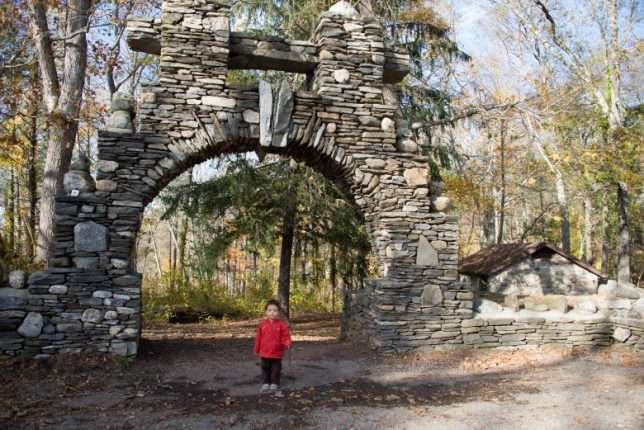 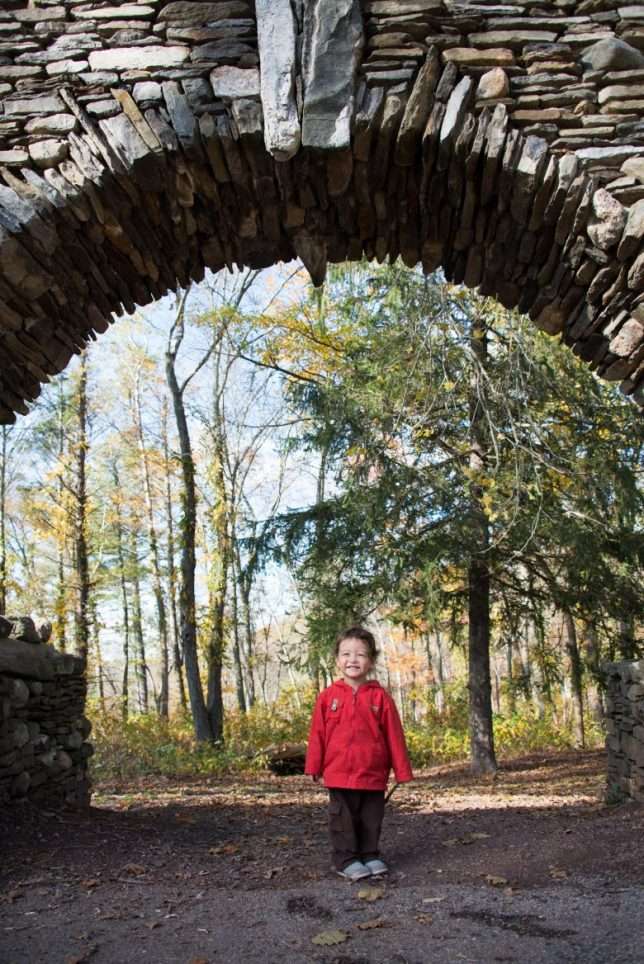 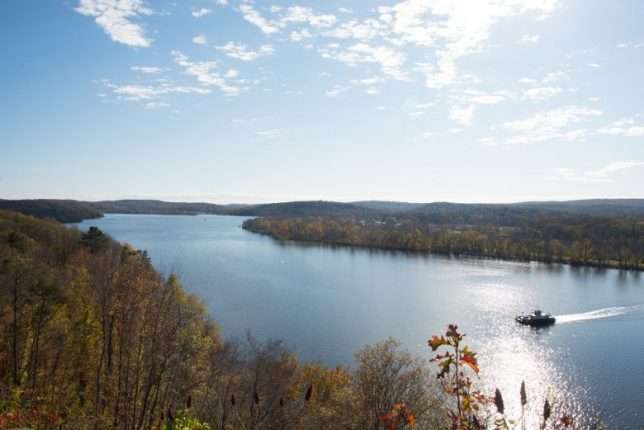 The State of Connecticut purchased this building in 1943, opening the land up to hiking and even camping down by the river.  There is a fee to tour the facility, but it has to be worth the price.  I wish we had arrived during the season, as peeping in windows brought enough joy to make us giddy with imagination.

What brought William Gillette enough riches to build his own castle in the middle of Connecticut?  He was probably the most famous stage actor alive for the following role: 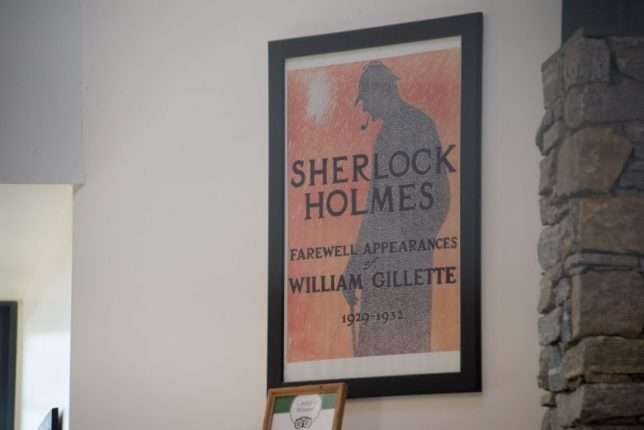