Originally, we planned to spend one night camping in The Black Hills, then the entire next day in The Badlands, and then start our long drive East.  There wasn’t any one thing in particular that we wanted to see while there, except for not seeing Mt. Rushmore (more on that later).

I did want to spend time in Deadwood as, like so many people, the HBO series is one of my all-time favorite TV shows.  We drove through Deadwood on the way to Rapid City and were so disappointed by how much of a tourist trap that city has become (probably due to the aforementioned TV show) that we didn’t even stop the car.  The saloons are there, the historic houses are there, the stuff is there, but all of it is surrounded by merch.

As you approach the main strip, the most prominent visual through the “Welcome to Deadwood” sign is a Starbucks.  That pretty much sums up Deadwood. 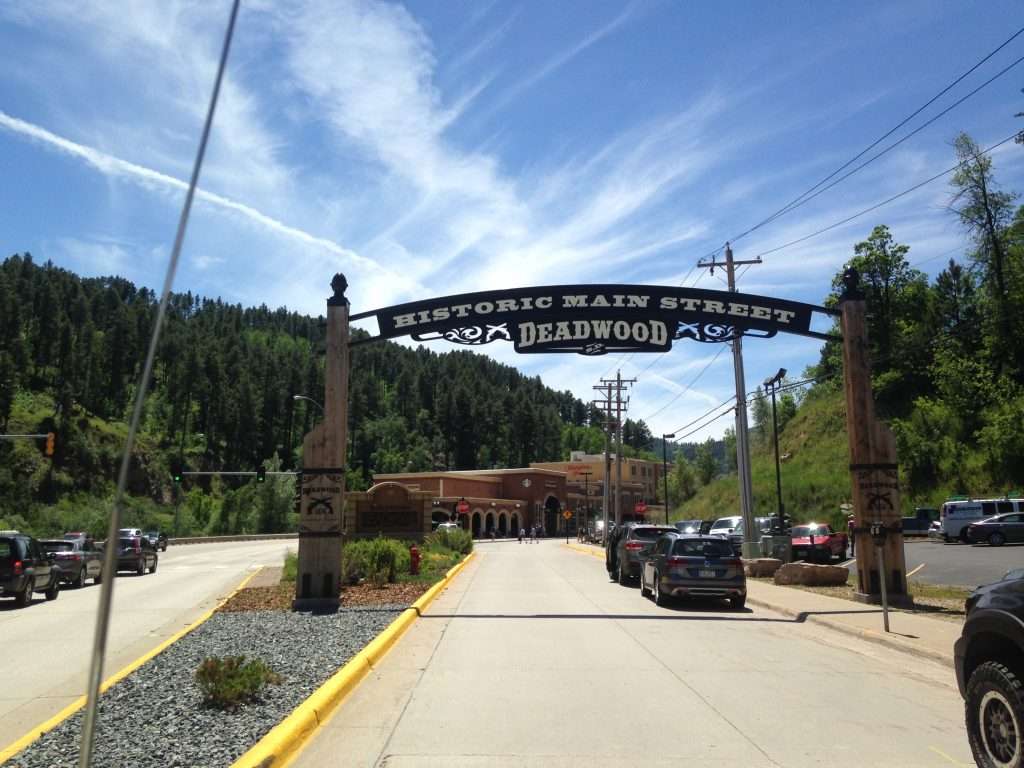 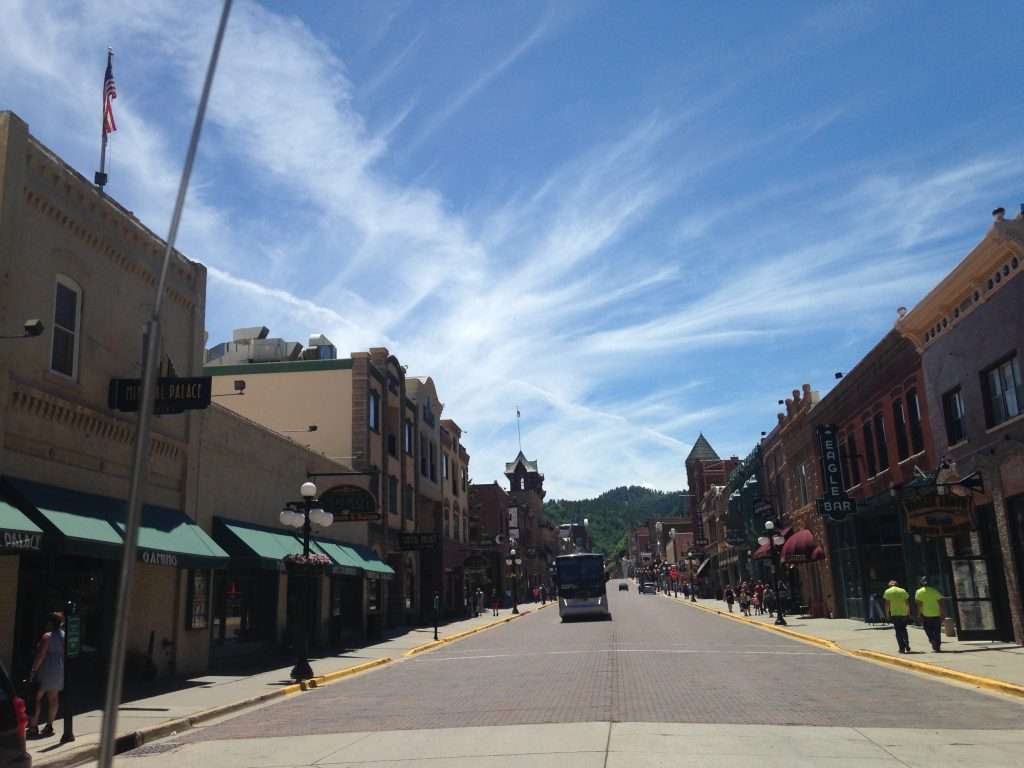 Not needing to go North of Rapid City, we drove straight into the heart of The Black Hills towards Custer and the Needles.  After looking at a map we realized that we could see The Black Hills in the day and camp in The Badlands that night, so that is exactly what we did. 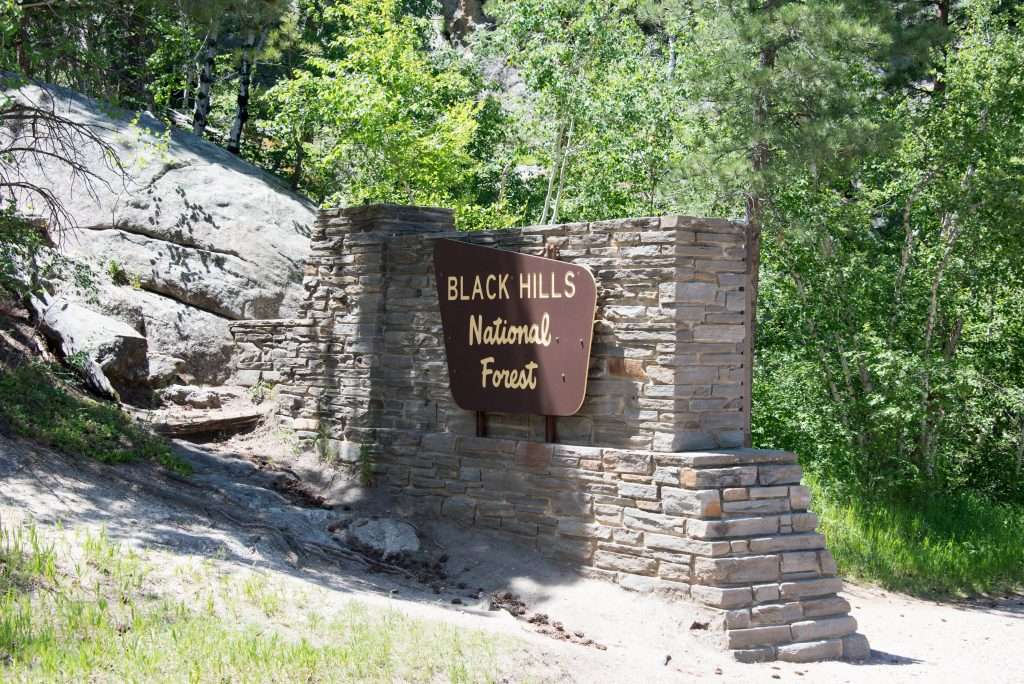 Driving through The Black Hills is a treat; do it.  As the highest point for miles, Native Americans dubbed this area the Black Hills because that was how they appeared in the distance.  During our drive you could have convinced me they were called so because of how they shone.  The metal in the rocks of those hills shimmer like none I have ever seen; it’s simply gorgeous.  Several lakes dot the land and The Needles are other-worldly and entrancing.  The drive is completely worth it.

Many years ago I read a book about Leonard Peltier that thought me more about The Black Hills and modern-day Lakota than I had ever known.  I learned how sacred these hills are to the people (even though they only began to inhabit the land in the late 1700s) and to what degree they esteem the area.  To educate myself further before arrival, I started History on Fire‘s exceptional series on the Crazy Horse (episodes 7-10) and The War of the Black Hills (episodes 16-18).  If you are looking for a really good series on this area and the history between the US and Lakota, listen to this.  It’s amazing.

Which brings me to Mt. Rushmore and my disdain for the site.  Knowing how scared this land is the the Lakota and knowing how the US government treated them (as well as any other tribe, which isn’t saying much), seeing white people carve faces of four white Presidents on some of the most sacred land to raise tourism is egregious.  Horrific.  Shameful.  I don’t doubt that South Dakota needs tourism, but Mt. Rushmore stands as a scar on the land that reminds us of how horribly we treated Native Americans.  The only response to Mt. Rushmore in my mind is the middle finger.  Unfortunately, we saw Mt. Rushmore, so I gave it the bird. 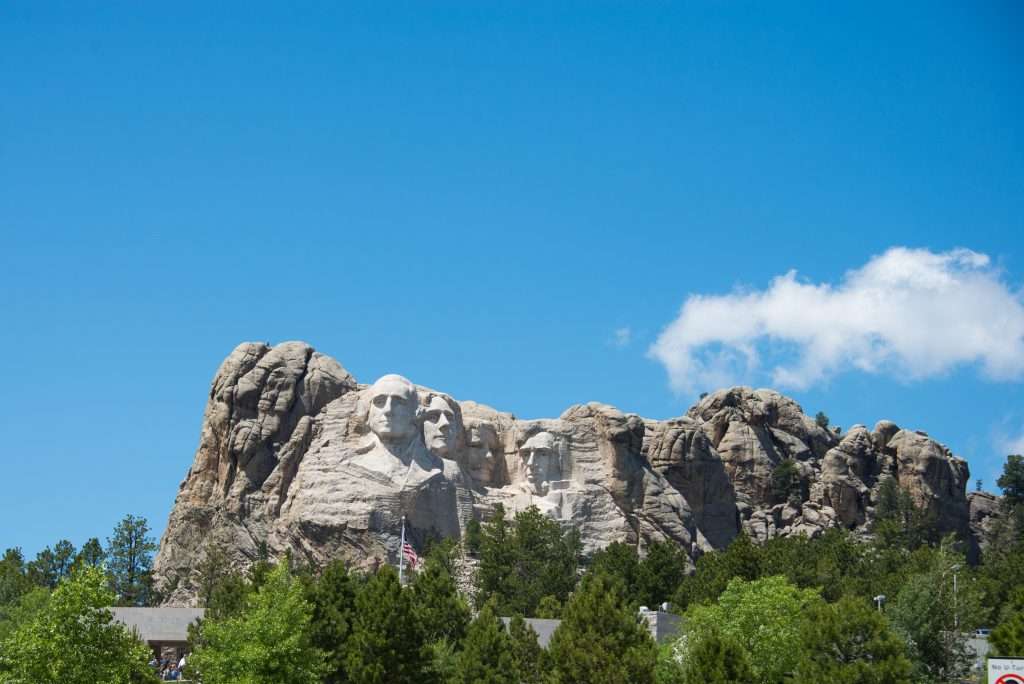 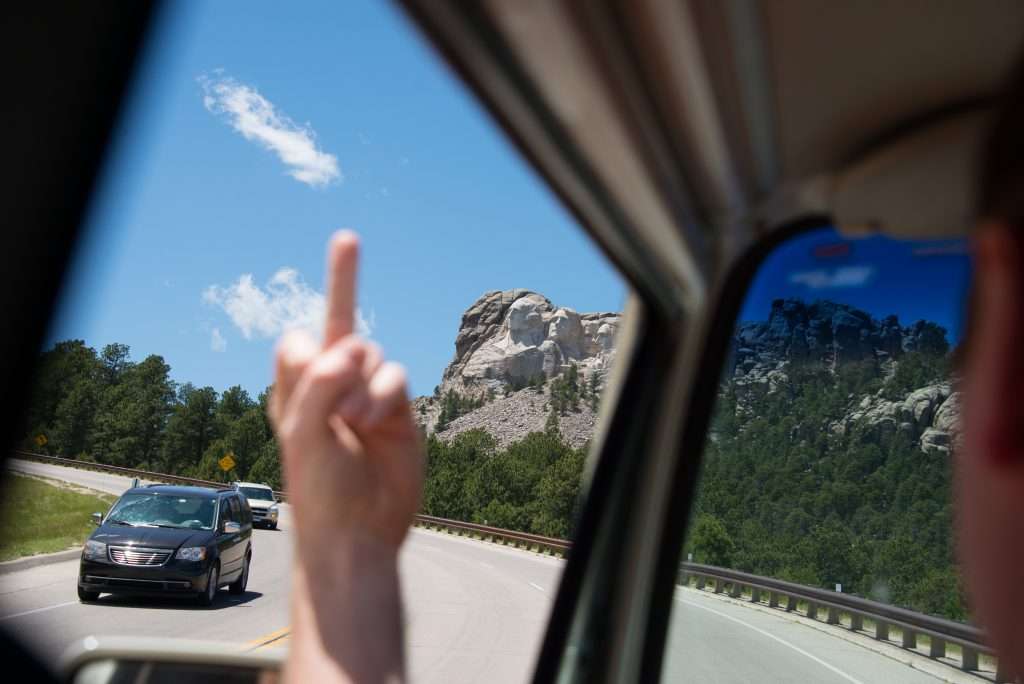 It’s worth noting that a private citizen is constructing a massive carving of Crazy Horse – symbol of Lakota resistance – in The Black Hills to remind people that both sides have heroes.  In my opinion, however, this is misguided.  White people pissed on the lands of the Lakota and this response is the Lakota pissing on the land for revenge.  I’m a white guy, so my opinion does not matter here, but to me it doesn’t make the situation better.  It’s an eye for an eye that doesn’t affect the U.S.