After Yellowstone and the Grand Tetons, we needed some time to relax, rest, and clean ourselves of the good camping filth (perk of high-elevation camping, dirt but no funk).  With its public hot springs and proximity, Thermopolis, Wyoming fit the bill.

The drive out there marks the beginning of the transition from mountains to grassland.  The mountains in the distance seemed further apart and less massive imposing.  Less peaky.  The transition areas smoothed out and became dotted with sagebrush and more antelope than you could throw a stick at.  I assume that antelope are not that tasty, because otherwise people would mow them down.

Most of the drive displays farms, farms, and more farms.  We passed through towns (using this term loosely here) where the downtown (again, loosely) consisted of a bar at an intersection.  One town’s bar was actually in the next town over.  In other words, small towns with lots of drunk driving. 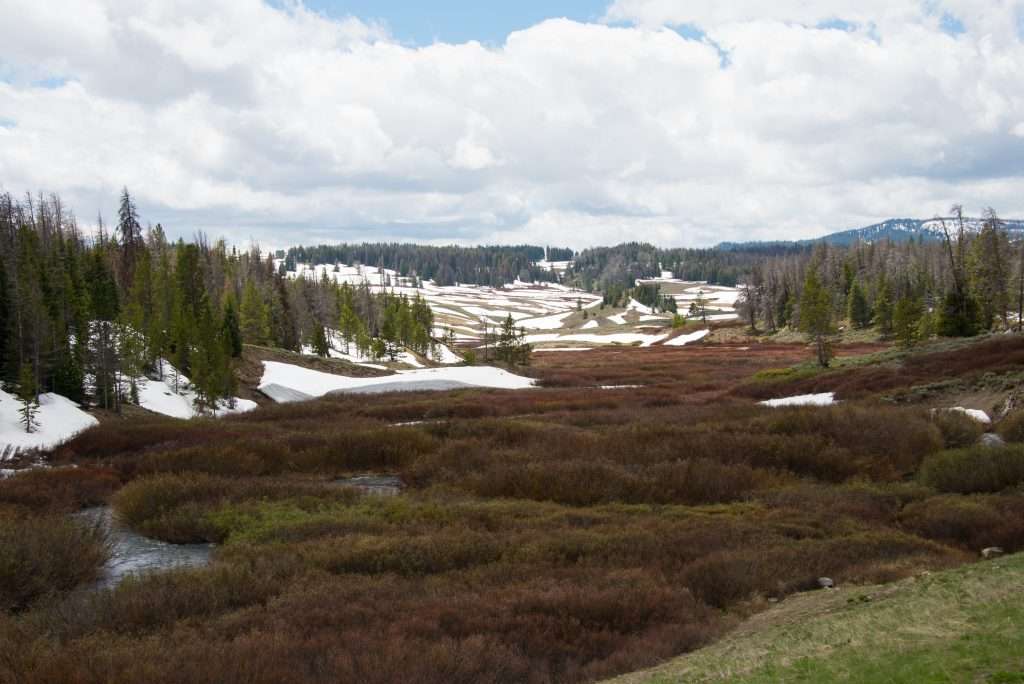 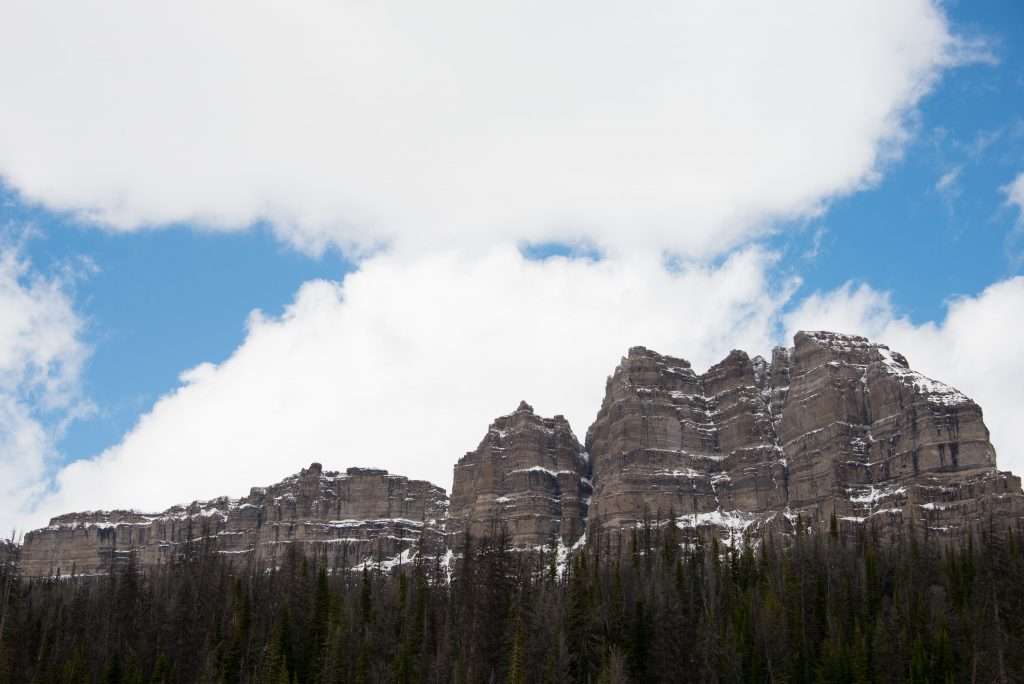 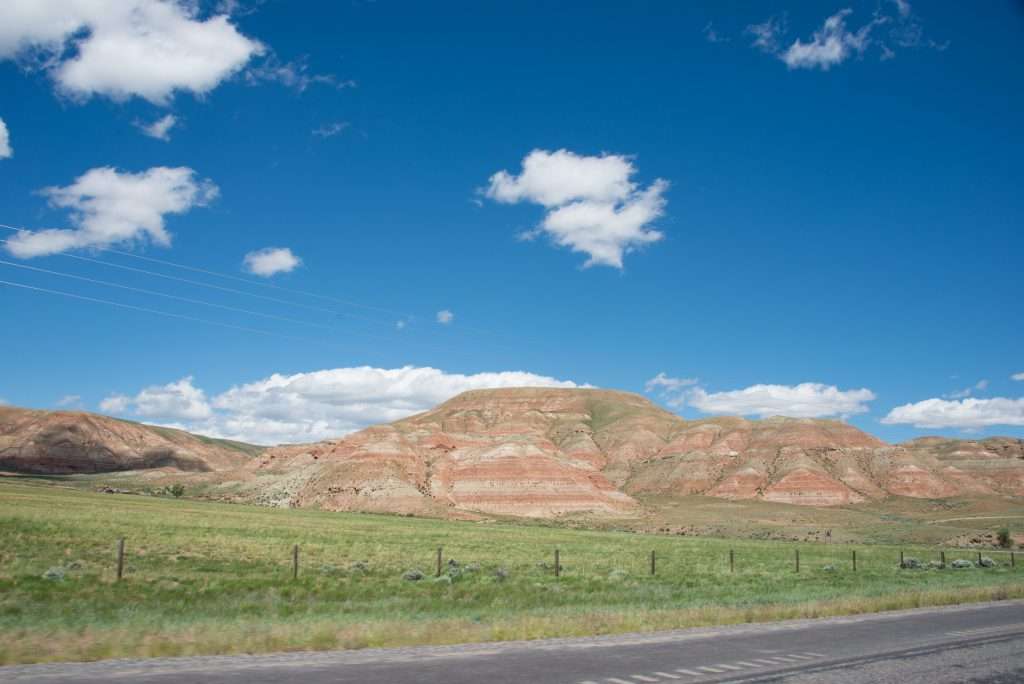 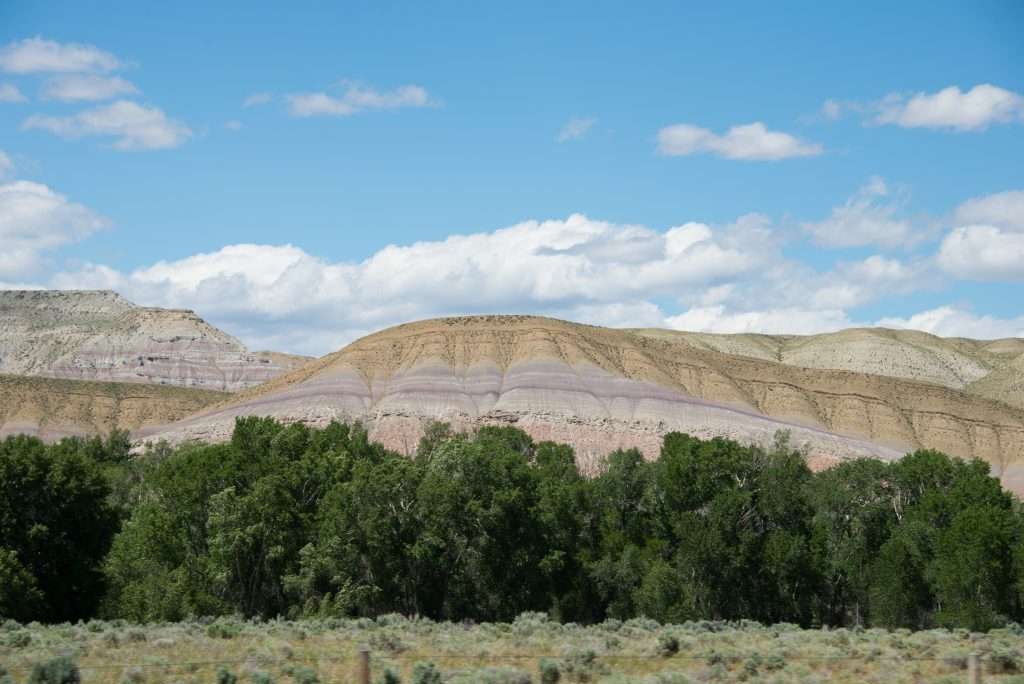 After we passed by Shoshoni State Park, however, the road took us through Wind River Canyon, which just blew our minds.  Steep cliffs on either side that must change color throughout the day sandwiched us and a river between them.  The views were stunning and they made the drive superb. 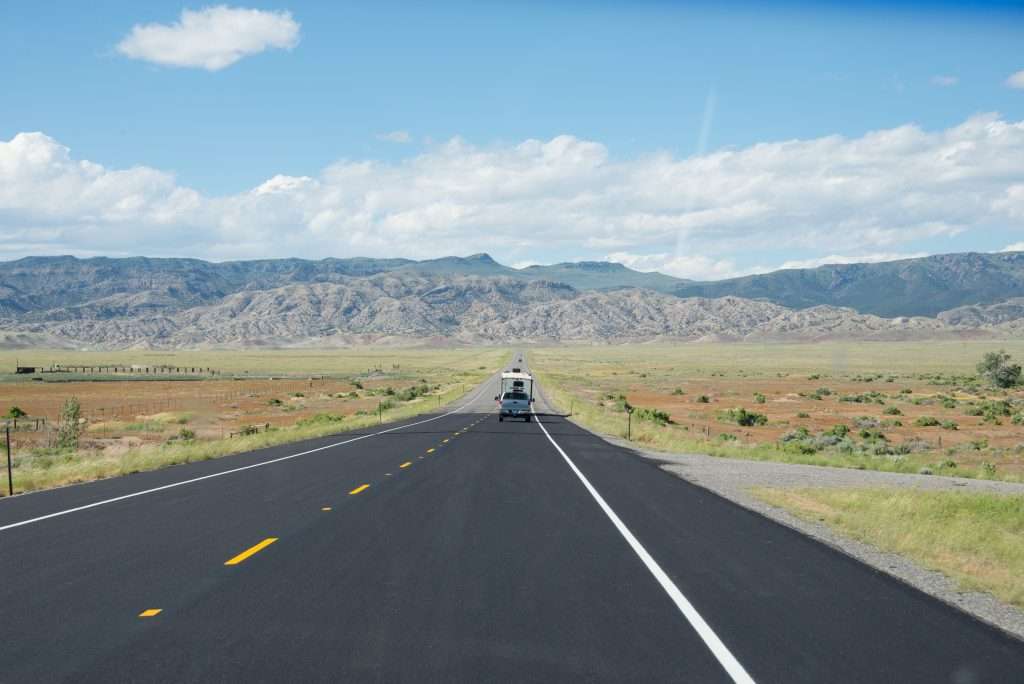 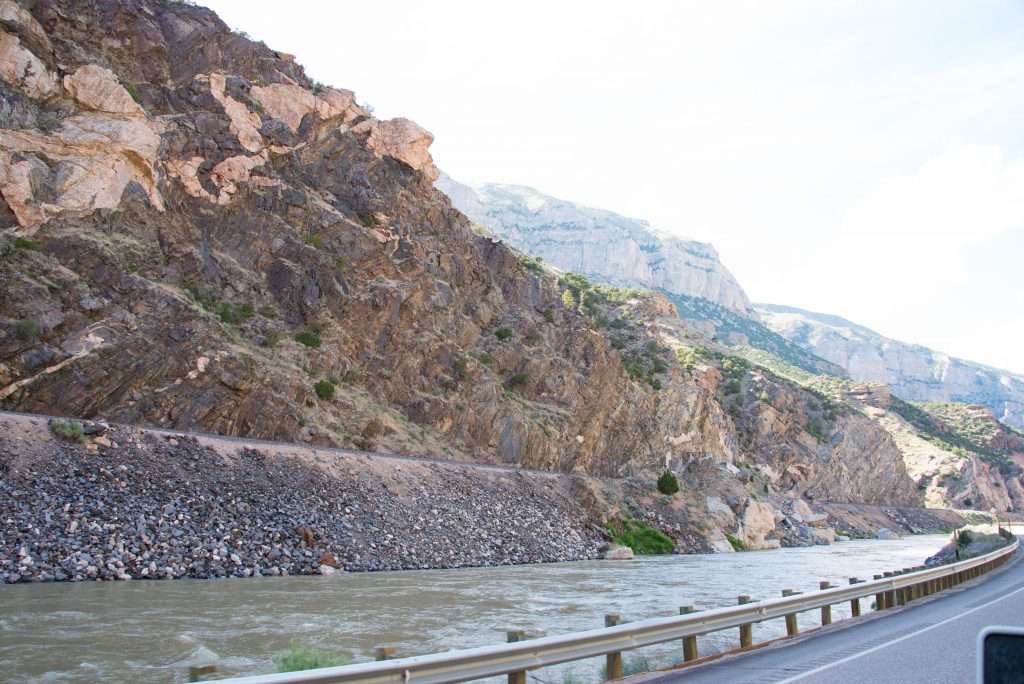 Thanks to the canyon, we arrived in Thermopolis with smiles on our faces.  Our hotel met us in kind.  It was cheesy, tacky, stereotypically country, and filled with bears.  The staff were super friendly and the rooms clean.  We were happy. 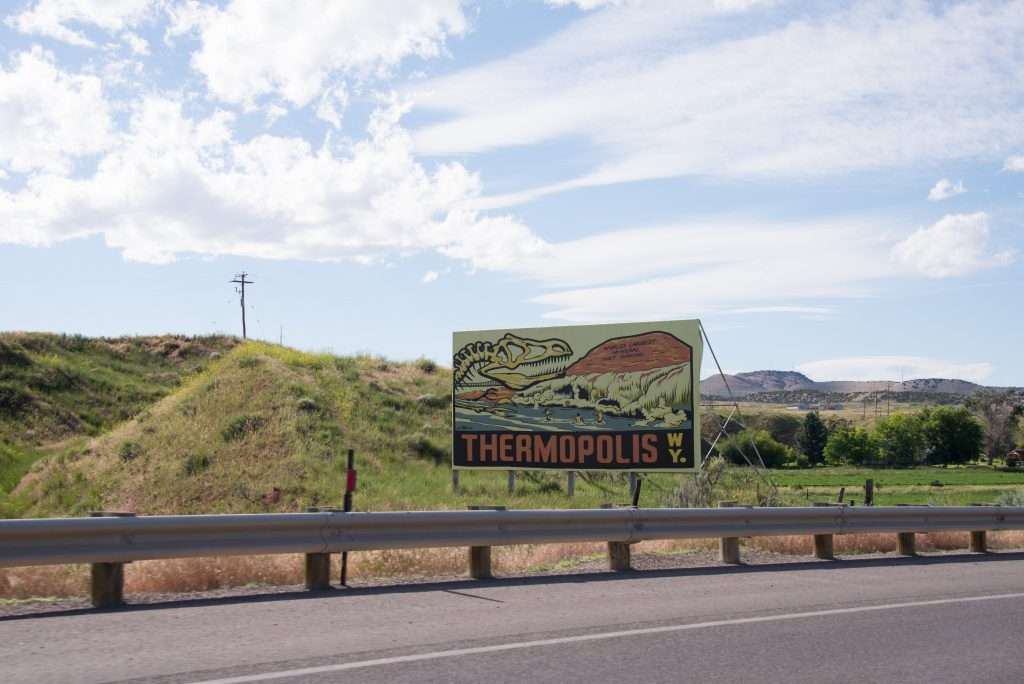 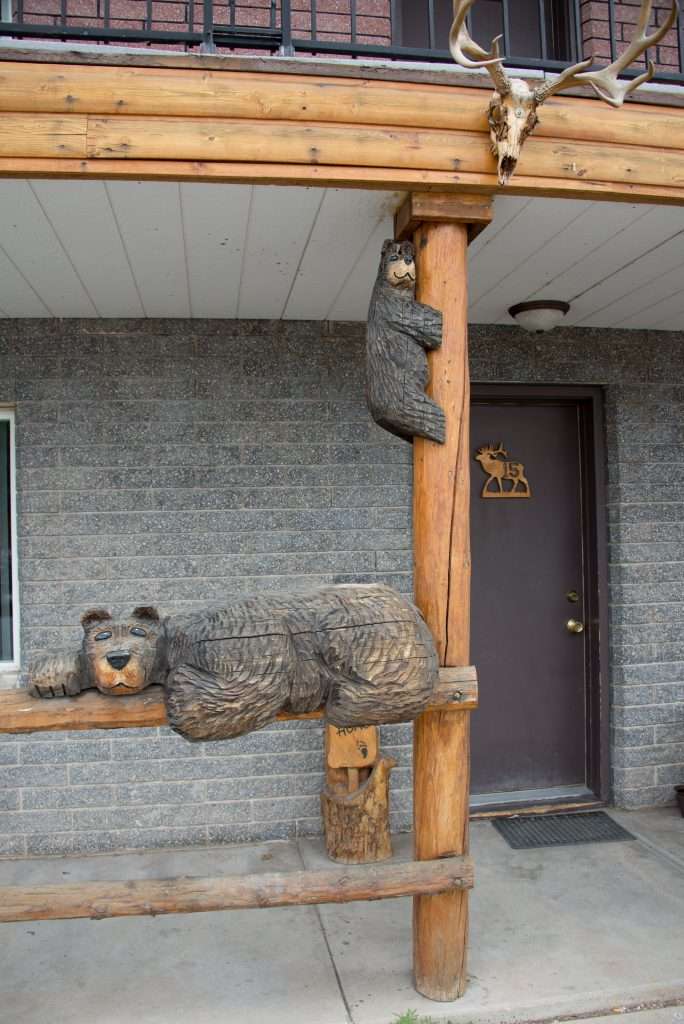 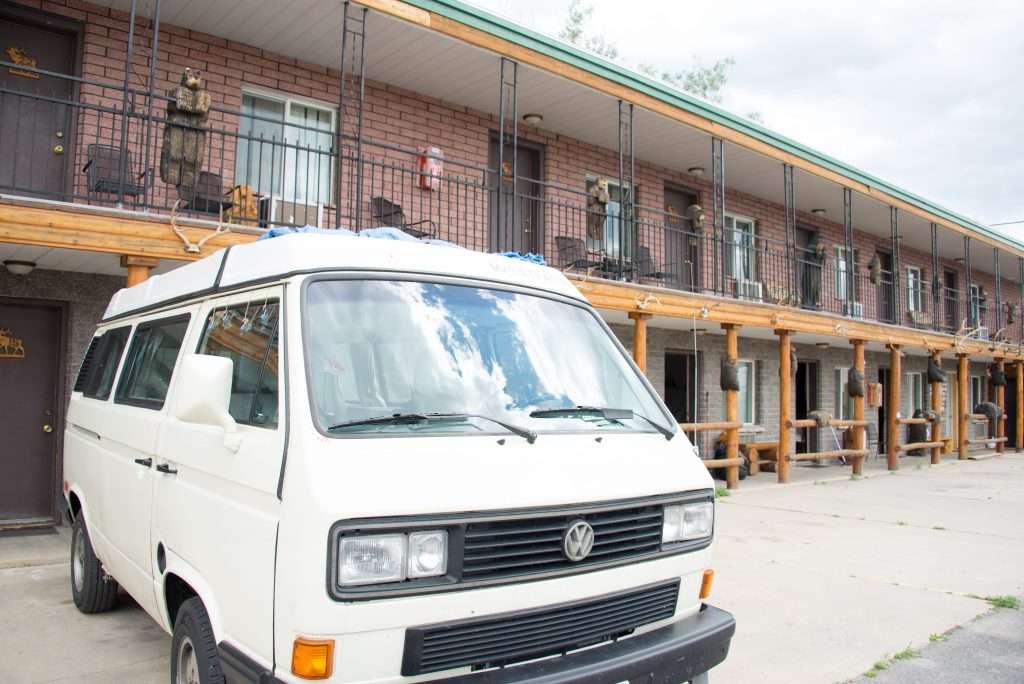 Naturally Thermopolis’ draw comes from the hot springs, so we had to take a dip.  There are two privately-run water parks, but nestled between them is a public pool where you can soak for maximum 20 minutes for free.  I met a local who understandably went there every day, and not just because there was nothing else to do.  The temperature was nice, the pool divine, and the ability to soak for 20 minutes a treat. 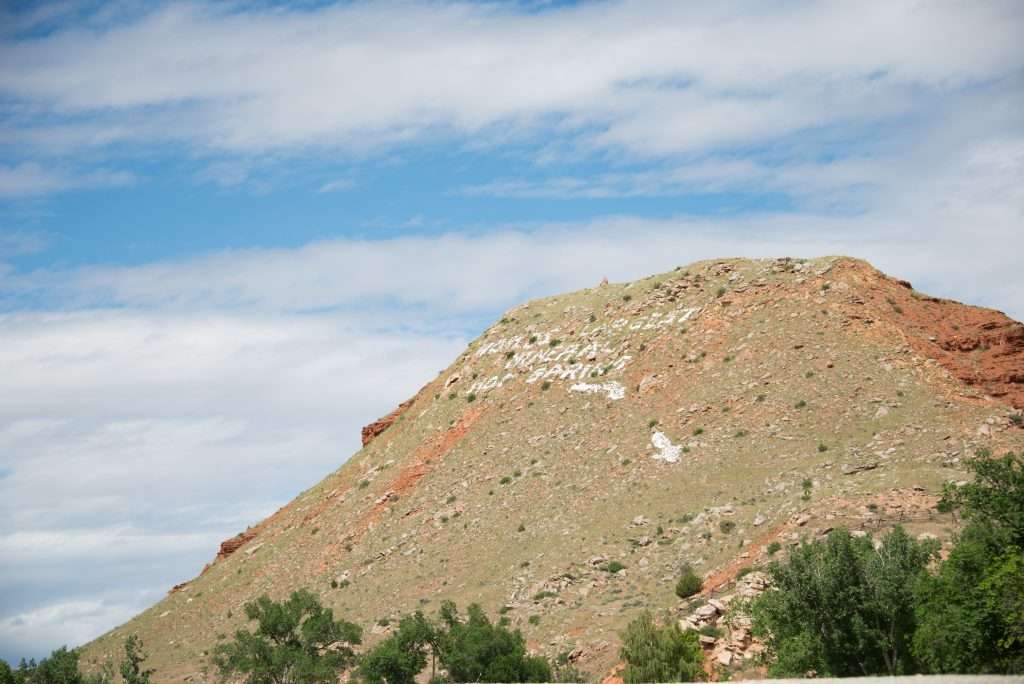 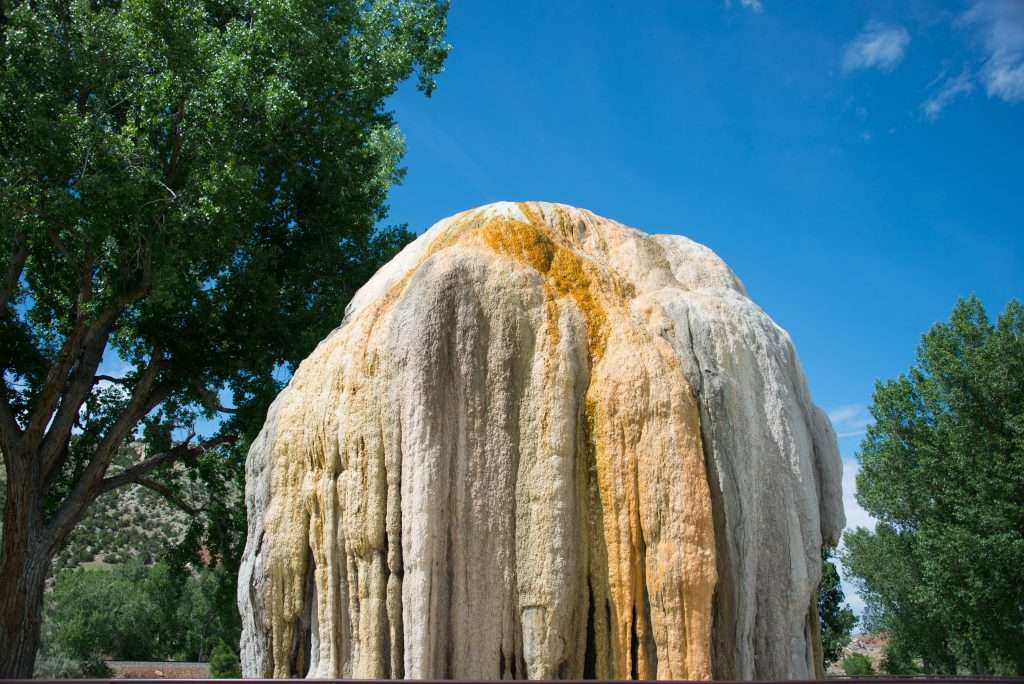 Next to the pool you can walk a boardwalk over the terraces, similar to Yellowstone.  A suspension bridge crosses the river for nice views.  And that’s Thermopolis for you.  We neglected to enter a well-visited and cool-sounding dinosaur museum because it would have been a waste with Fin, but rumor has it that the museum is worth it.  Plus, you can do some digging, too, which sounds cool. 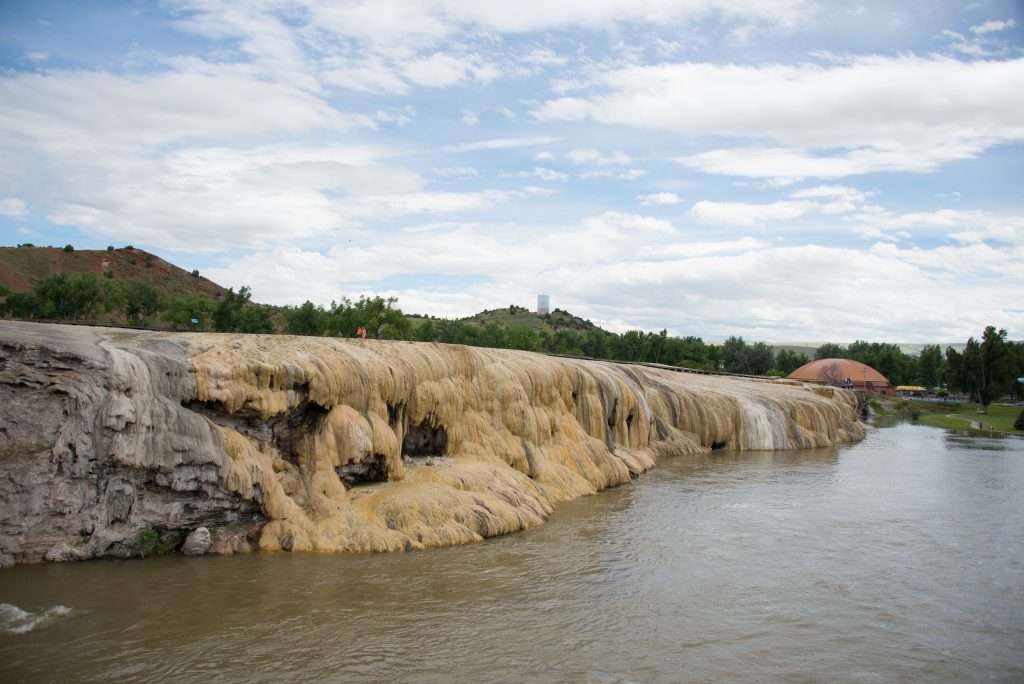 Themopolis makes a wonderful stop after Yellowstone as a haven for relaxing and unwinding.  There is also a brewery and Aikido dojo (which I regrettably missed a class at), so if we had to live in one of the small, small towns, Thermopolis would do.