Towing a Westy with a 15′ Uhaul truck is both easy and hard.  It’s easy because Uhaul driving rules are the same as the Westy: stay in the right-hand lane and apologize as everyone passes your slow self.  It’s hard becuase the truck is so wide that you can’t see the Westy in the rear view mirror and you think that this is the time that the Westy has fallen off for no good reason.

Naturally it didn’t, but the fear was there all the same.

Our Nashville AirBnb was in a suburb currently being gentrified, which meant we rode the bus a lot.  Thankfully we only had to ride one bus to get into downtown, so accessing all the stuff we wanted to see was easy.  An added bonus was that Nashville is jam packed with superb street art, so gazing out the window provides a wealth of interesting stuff to look at. 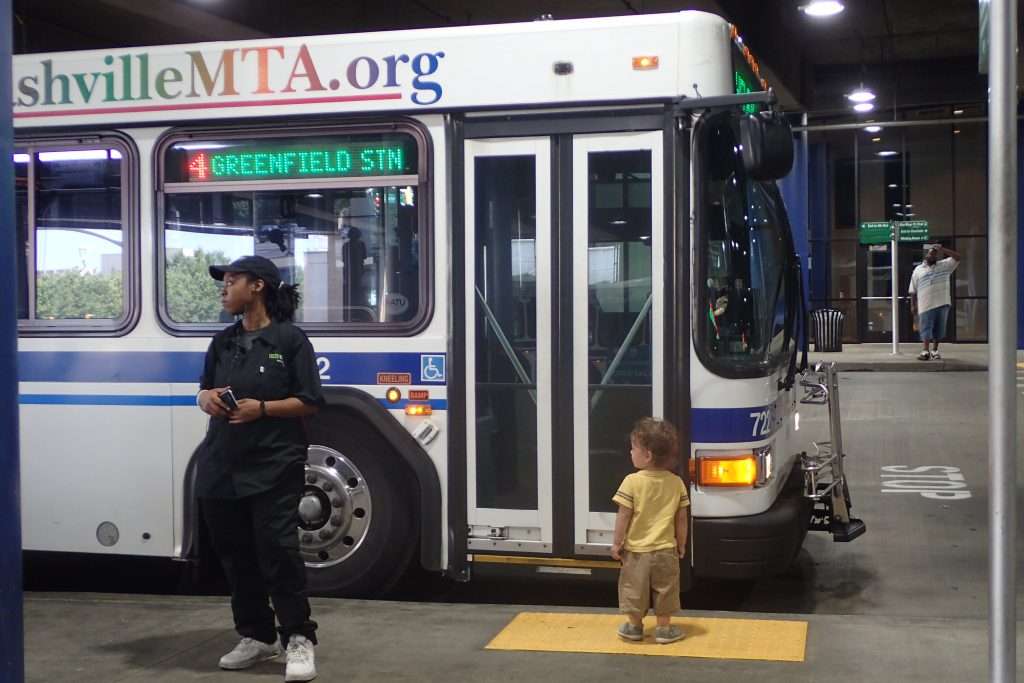 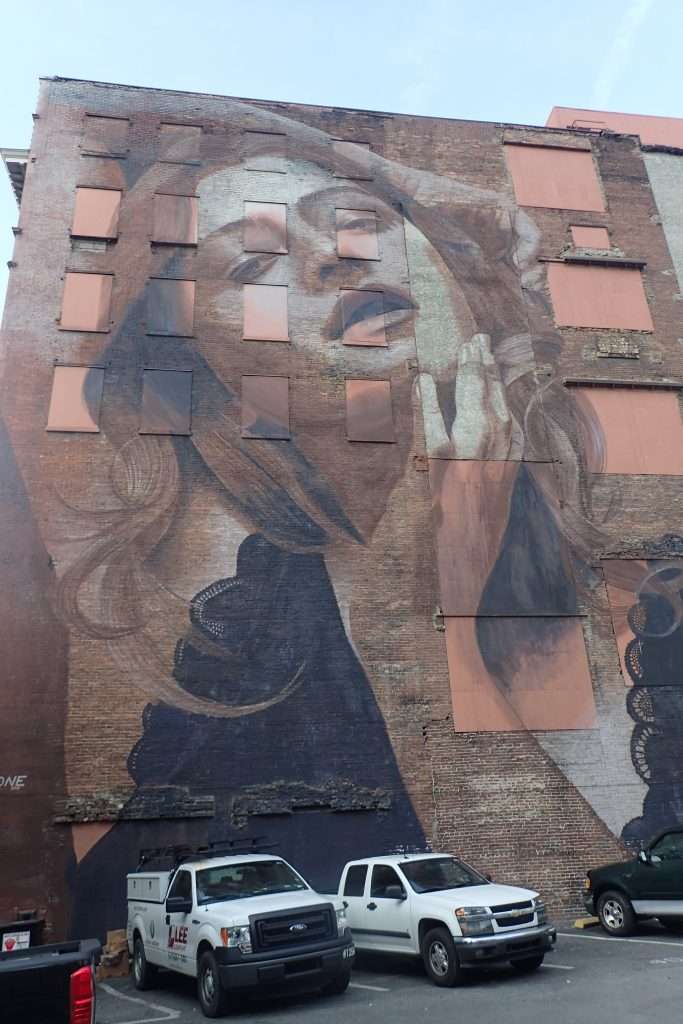 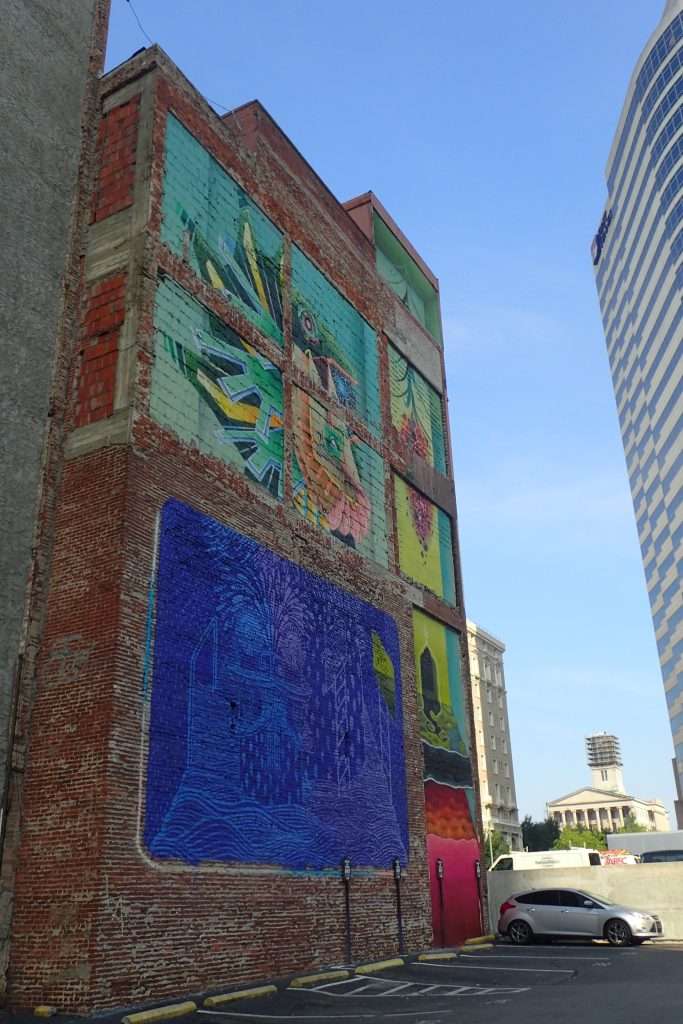 We arrived two days before the Great North American Solar Eclipse with one time left on our checklist: obtain solar glasses.

Finding Solar Eclipse Glasses: Or Why We Are Idiots

I’ve been excited for the solar eclipse for a good year or so.  One of may favorite podcasts, Astronomy Cast, has not only been rightly hyping the event but has dedicated an entire event about how to prepare.  We found a good city for viewing, I had a pizza box ready to make a pinhole camera, plus we had binoculars to project the image on the ground for Fin.  The only thing we were missing was the most in-demand item of the times.

Lots of libraries were giving them away, but to no one’s surprise every library we visited had run out.  No where had them in stock.  No one had any anywhere.  We heard rumor that the Adventure Science Center was selling them the day before the solar eclipse and would have 500 in stock.  We had to return the Uhaul that day, but not until the afternoon, so we woke up early and headed down at 8:30 AM in the hopes of picking up three pair.  As they opened for the day at 10, we figured that 8:30 would be early enough.

We weren’t wrong, but the line certainly was there waiting for us. 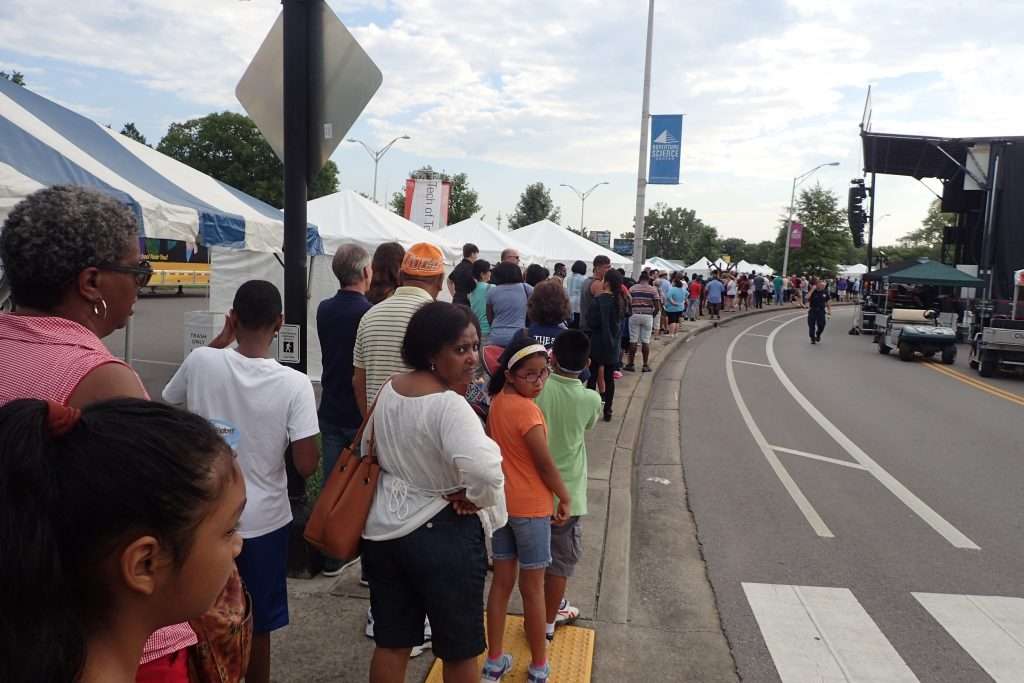 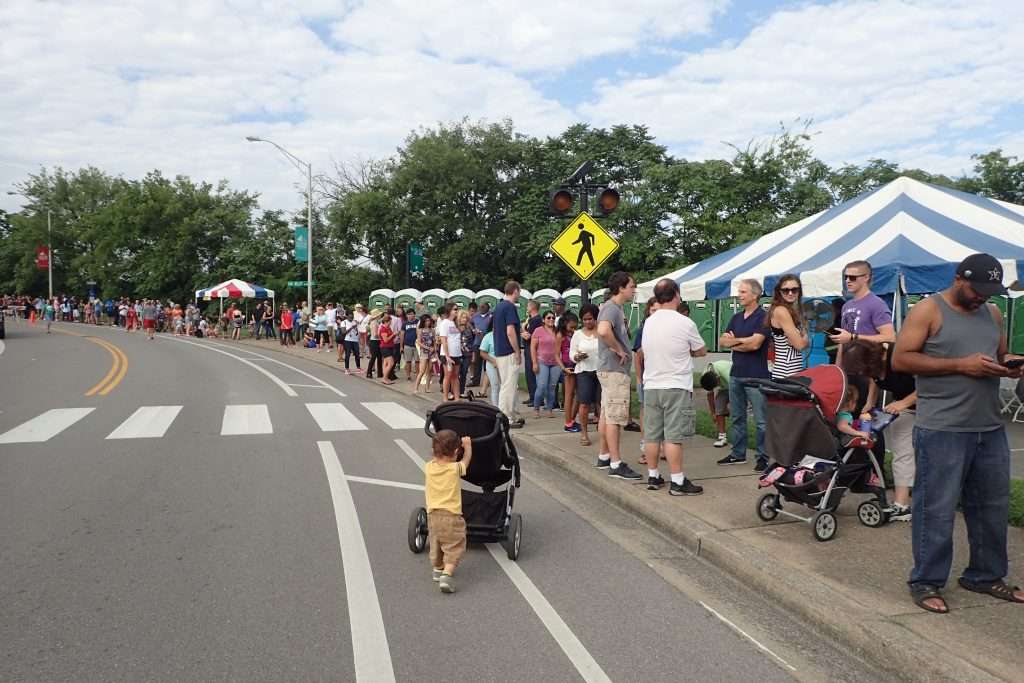 Thankfully the Adventure Science Center was hosting a weekend-long Solar Eclipse party, so a plethora of booths provided entertainment through the baking sun.  The center was both well prepared and woefully unprepared for the line, though.  They had everything ready, but only four registers.  That would have been okay, but every register sold t-shirts and other thcothkes alongside the glasses instead of having three booths dedicated to sungalsses and then the last booths open for t-shirt pick-ups.  Because it was not so, what should have been 1.5 hours in line became four.  In the end, though, we procured high-quality solar glasses so all was good, plus we were able to chat with some really nice people.

While the glasses took up our morning, we had an afternoon at our disposal and were of course going to take advantage of it.  Our AirBnb was a straight ride from downtown, so we found an attraction on the opposite of downtown to visit, Nashville’s famous Parthenon replica.

It’s, well, a replica of the Parthenon.  Built for Nashville’s Centennial celebration as “The Athens of The South:, I guess a full-scale replica of the Parthenon kind of makes sense.  The building is neat enough, but I wouldn’t go out of my way for it, honestly.  Maybe it’s because we’ve seen the real thing, but I wouldn’t credit that for the underwhelming aspect of the building.

We still took pictures, though. 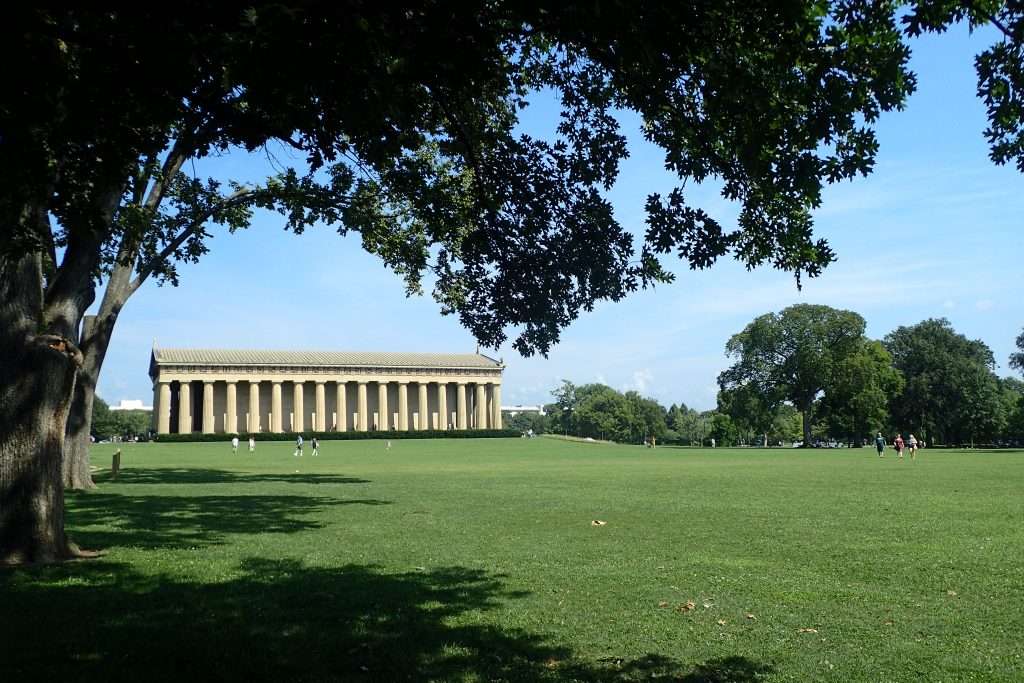 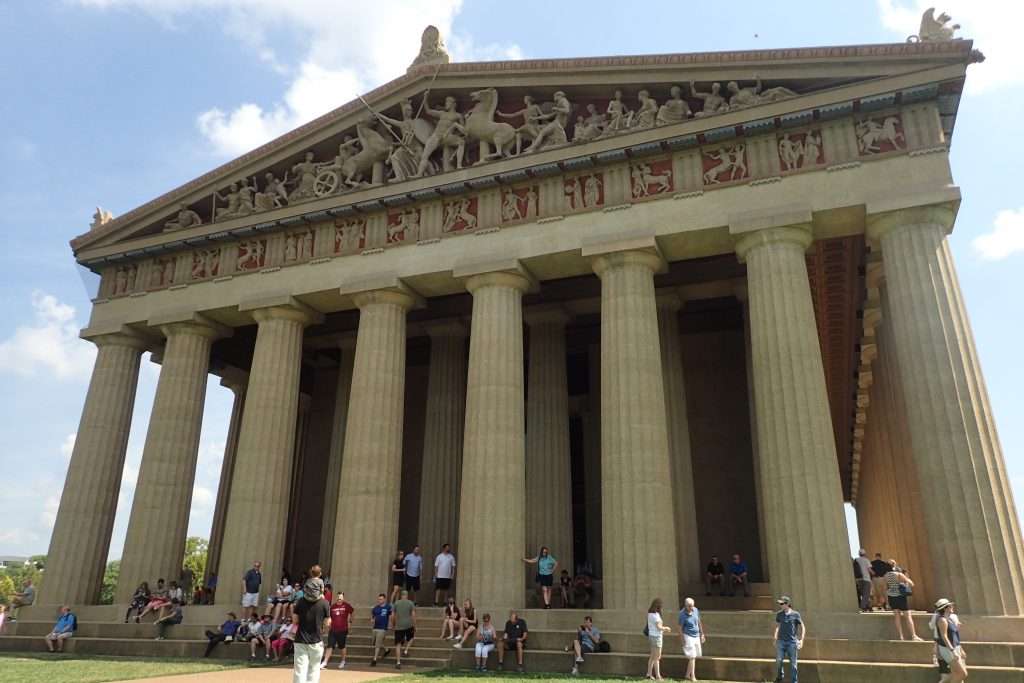 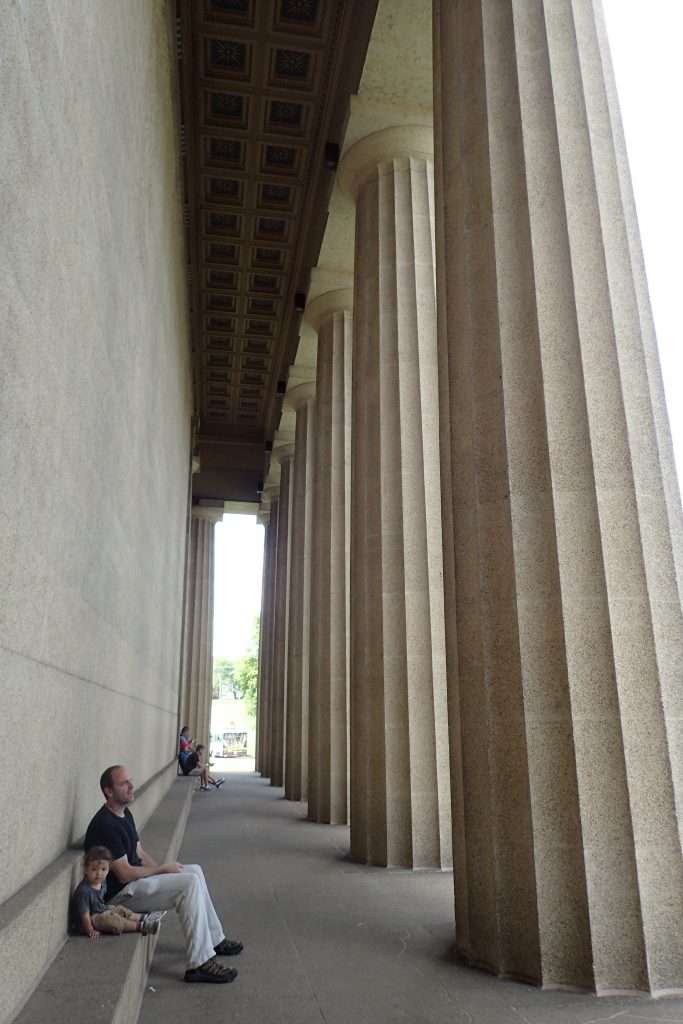 Country music fans know the history and legend that is Music Row.  I know very little about country music, so Music Row did not impress me like it would others more in the know.  Both sides of the street are littered with labels and stores related to the music business, so while we knew we were walking through history, we weren’t sure how impressed we should have been.  It was like being in Buenos Aires and walking through a 5-story building dedicated to the founding of Argentina, but not knowing any Spanish. 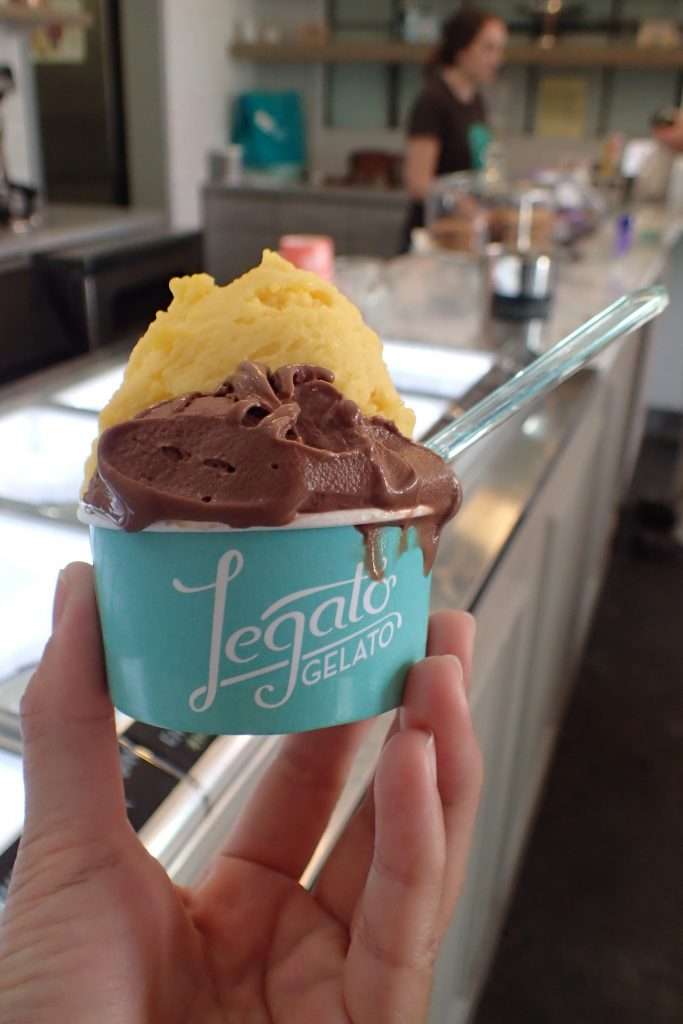 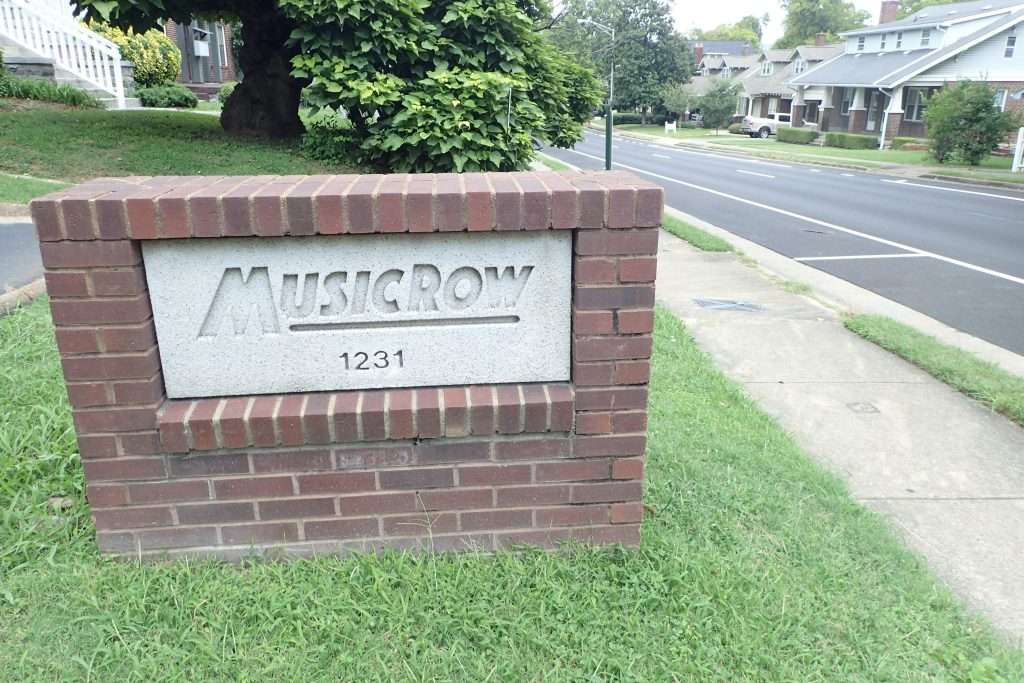 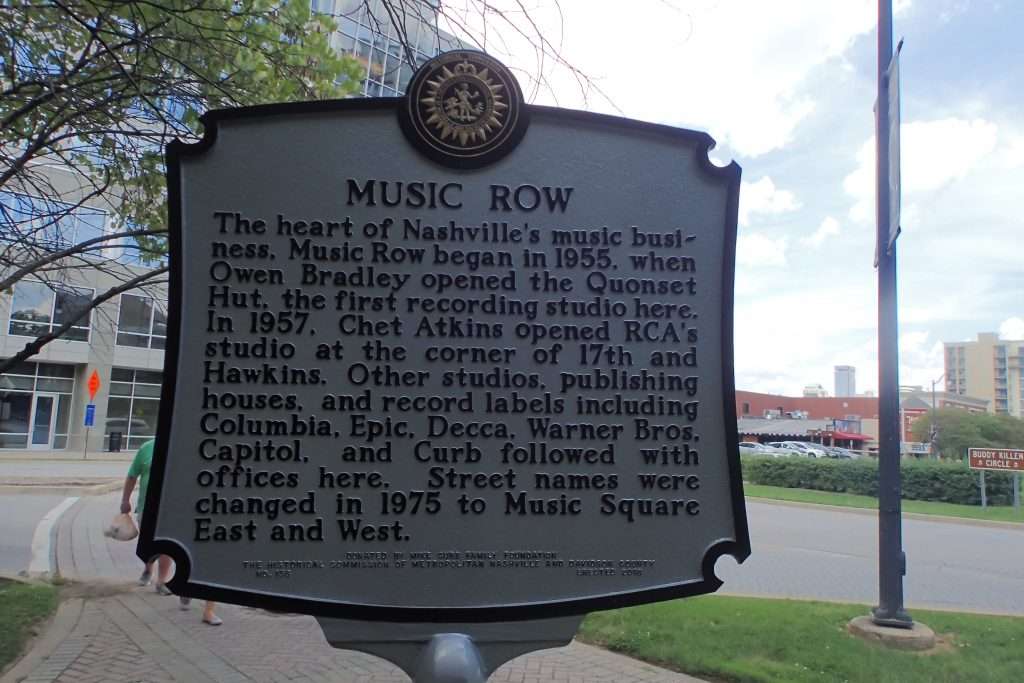 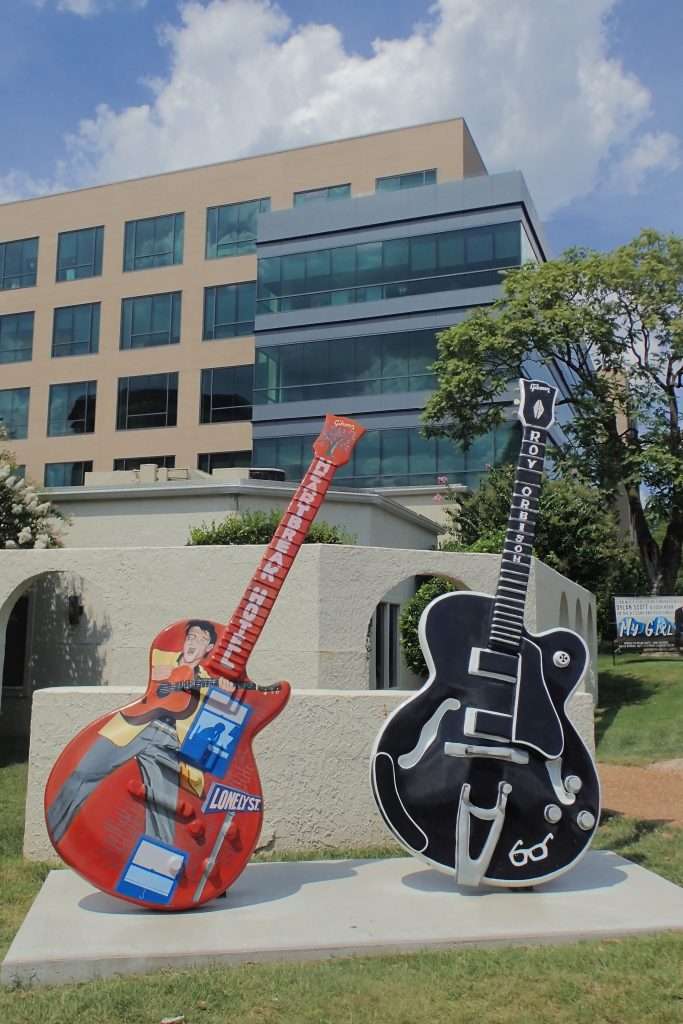 By the time we reached downtown we still had a solid hour plus before dinner, so on a whim we stopped by the downtown library.  Before we go into the meat and potatoes of the library, what do you think greeted us as we entered the library?  Why, nothing but a librarian giving away ISO-certified solar glasses.  It turns out that they received several boxes worth and were trying to get rid of them before they all became useless the next day.  Turns out we didn’t have to wait in line all morning.  Cse la vie.

Now onto the good stuff: this superb library.  It’s a massive, three-story building in the heart of downtown and this gorgeous piece of architecture holds one of the most aesthetic rows I’ve ever seen and possibly the best children’s room we’ve been to yet.

Seriously, if you have kids then go there.

You need to take your kids there not just for the rows upon rows of excellent books and not just for the scattering of wonderful toys, but because their story time cannot be beat.  All libraries have story times, but no one does story time like Nashville.  That’s simply because Nashville library has a resident puppet troop, Wishing Chair Productions.

Wishing Chair Productions came about from the hard work of one teenager who loved puppets, Tim Tichenor.  At 15 he began performing plays at the Nashville library and from that spring a career in puppetry that included  a nationally broadcast TV show (Poindexter) and a Braodway musical (Carnival!).  His works are on display in the foyer of the puppet theater, so families attending story time  can see some of his awesome work. 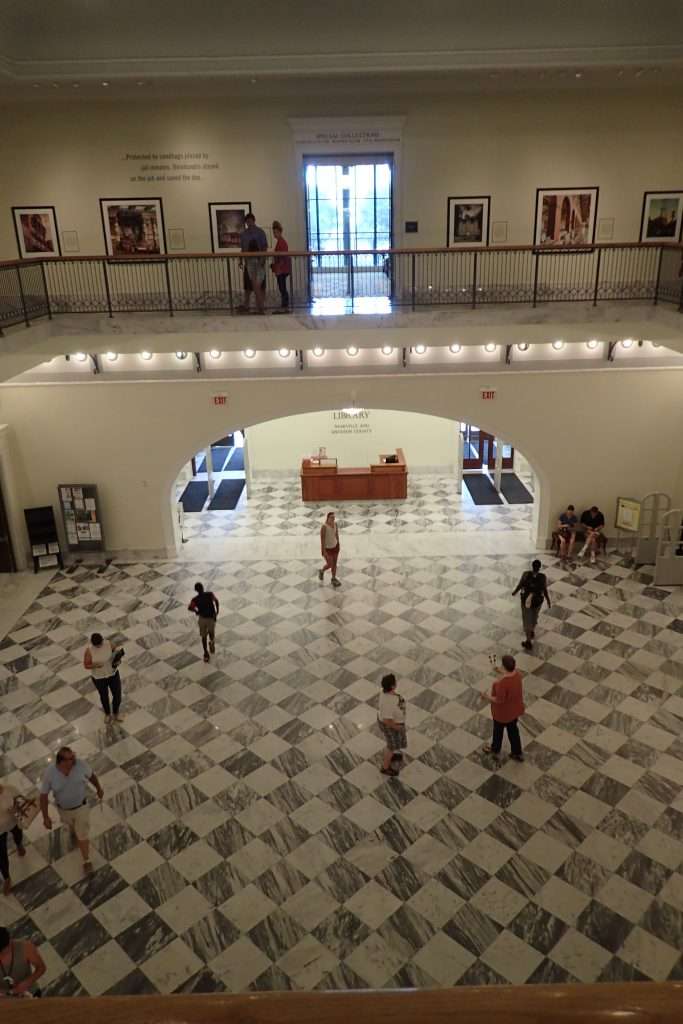 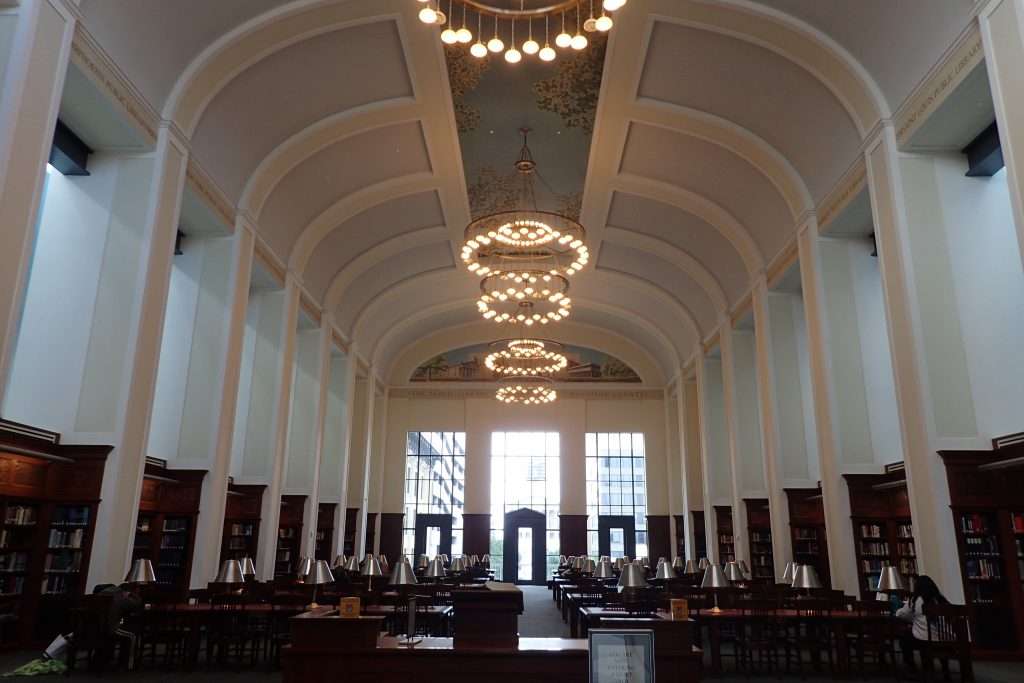 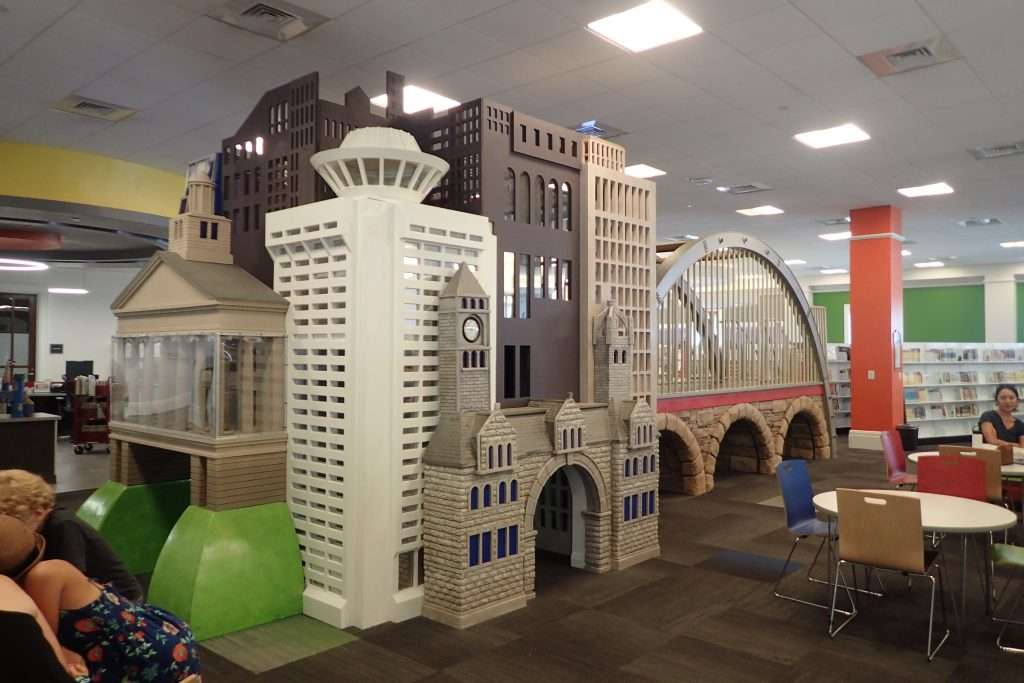 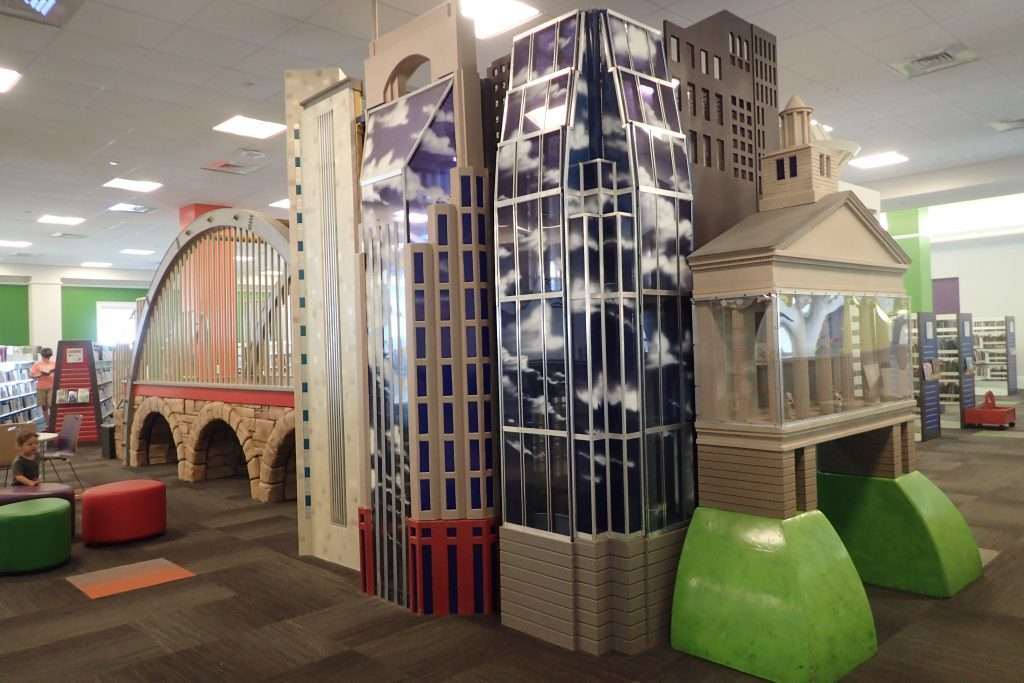 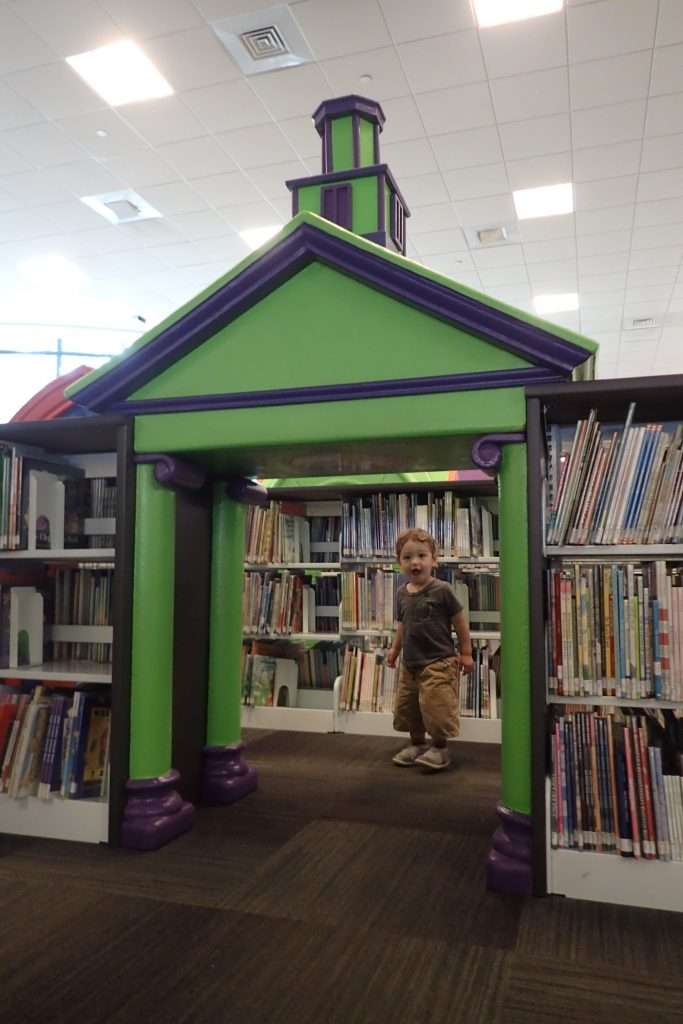 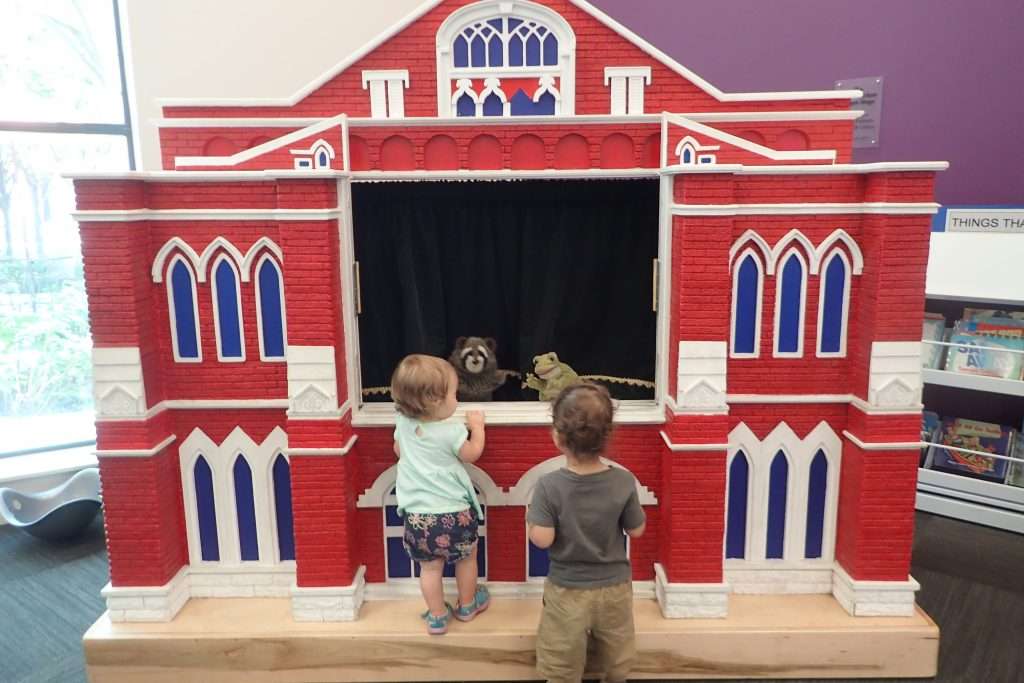 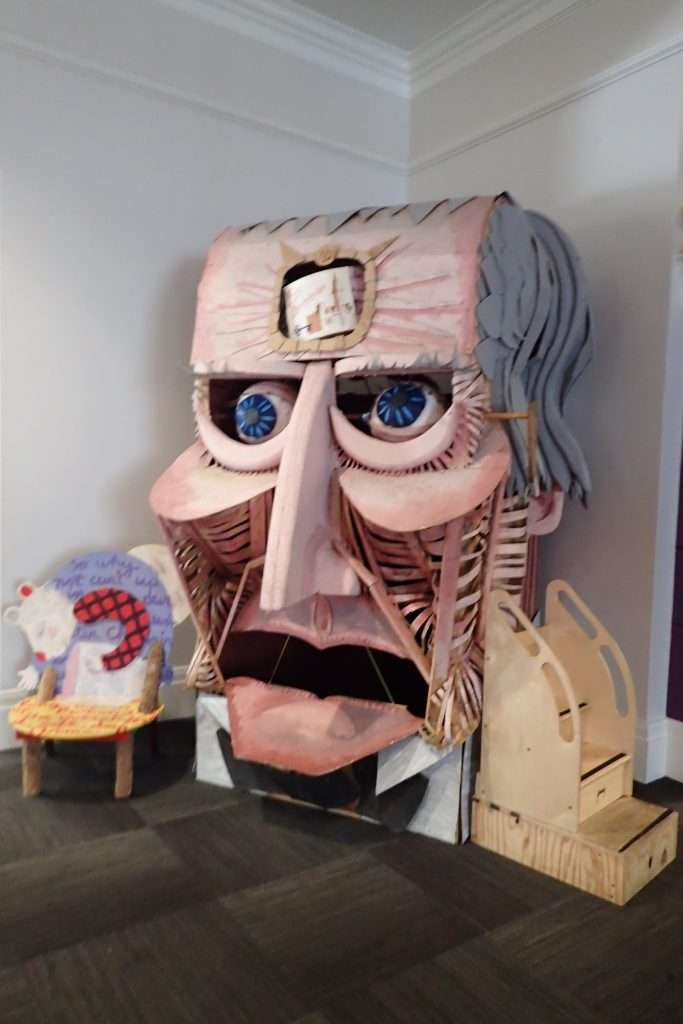 Finally, the day we had been waiting for!  Glasses in hand, wine and chips at the ready, we planned to spend all day at the house to avoid traffic and make a day of the eclipse.  The morning greeted us with clear skies and wonderful temperatures, so we tested our glasses and re-tested the projections on the binoculars.  Everything was set.  All that was left as for our satellite to move into place. 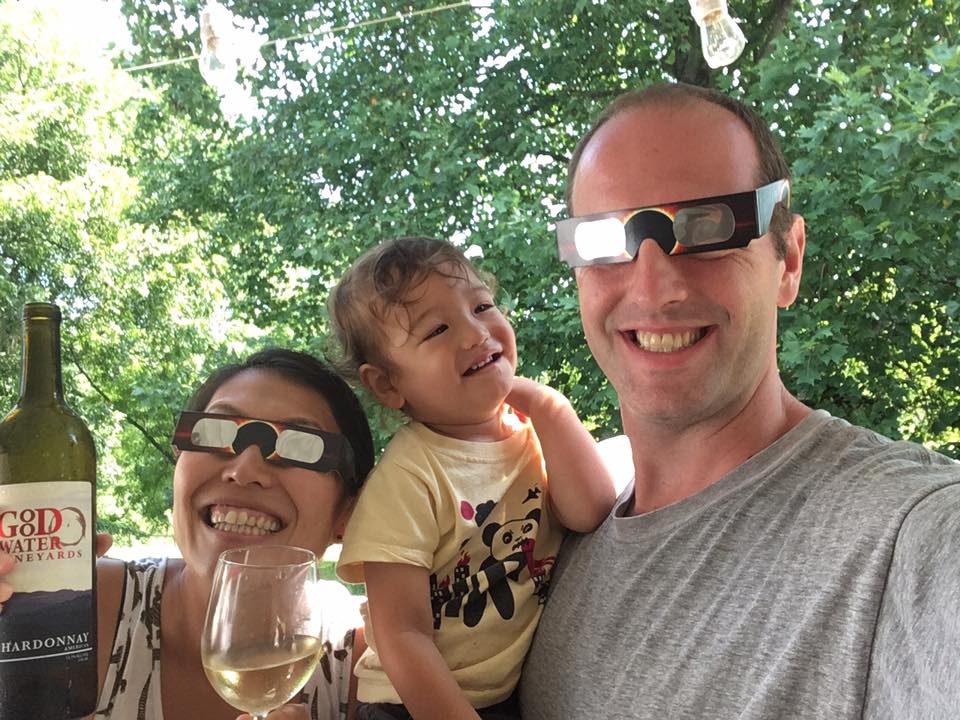 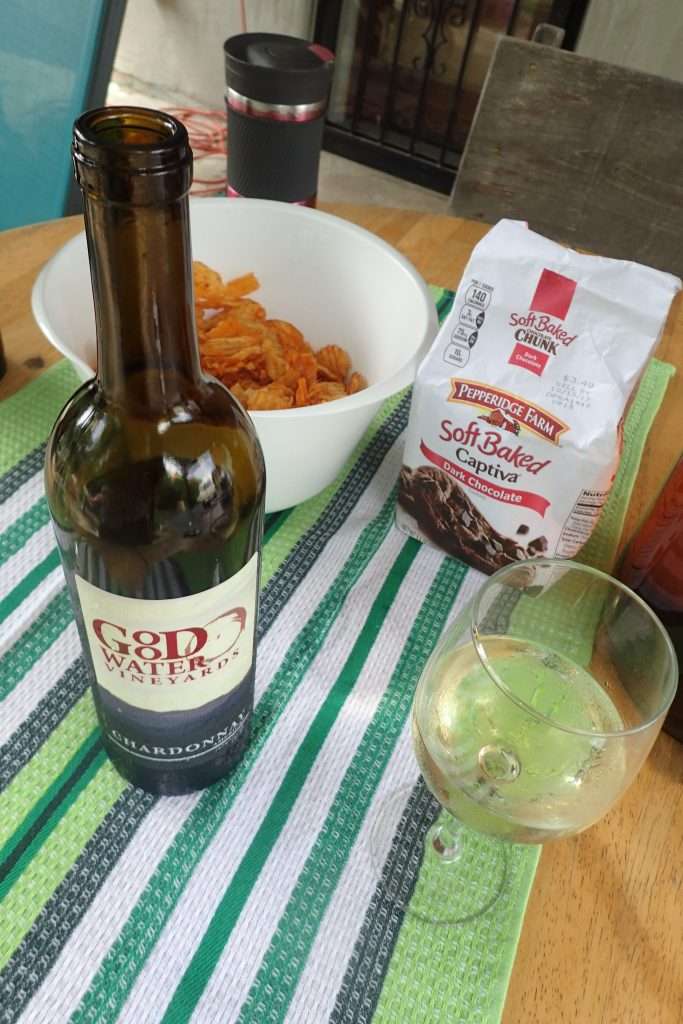 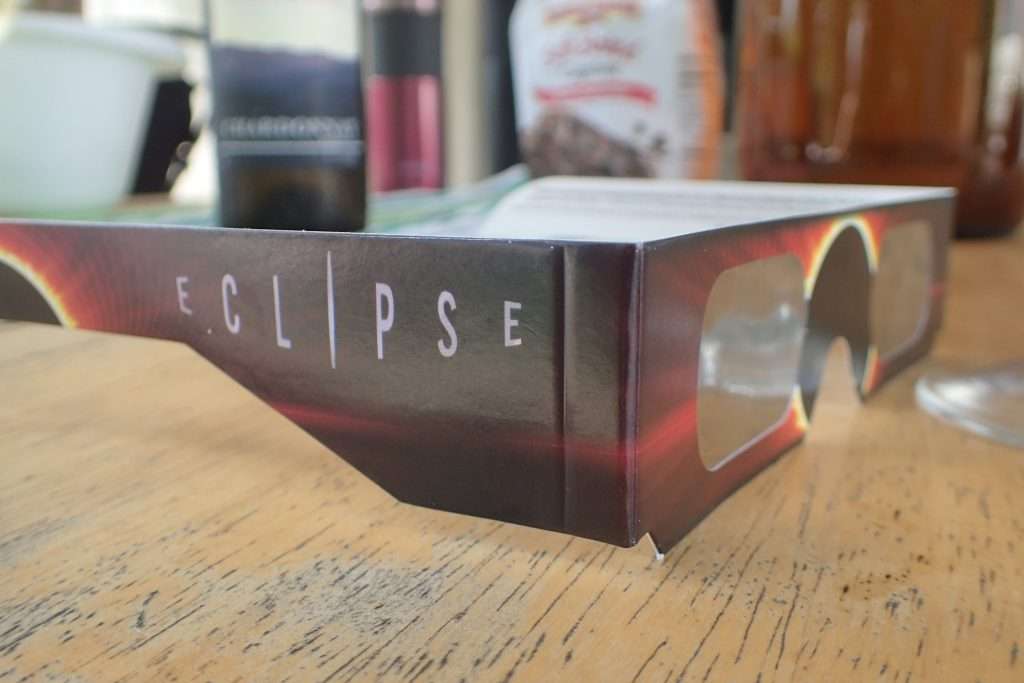 And then the clouds came in on the horizon.  They were traveling slow and looked possible to not cover up before totality, but you can probably see where this is going.  We had a perfect view of the sun right up until totality, then clouds for most of the rest of the day.

I was pretty sad, as this is something that I’ve been looking forward to for along time and people literally 20 miles South of us saw totality.  But there are people who fly halfway around the world for eclipses only to have them clouded over and we were able to see some partial eclipsing, so all in all it was okay.  I know that I’ll have to try again someday, though. 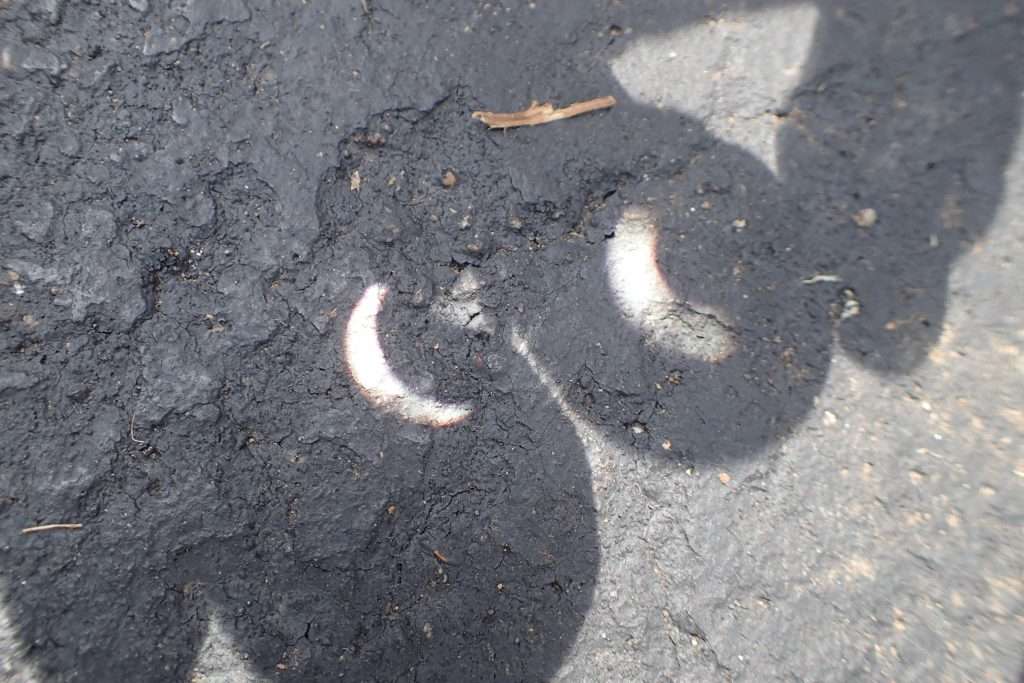 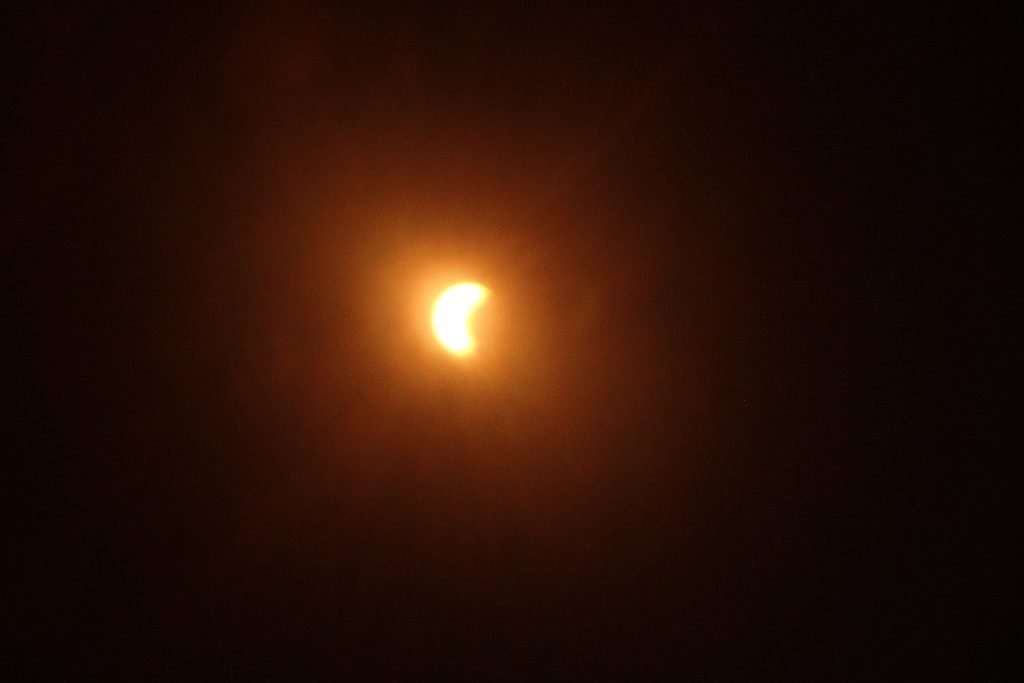 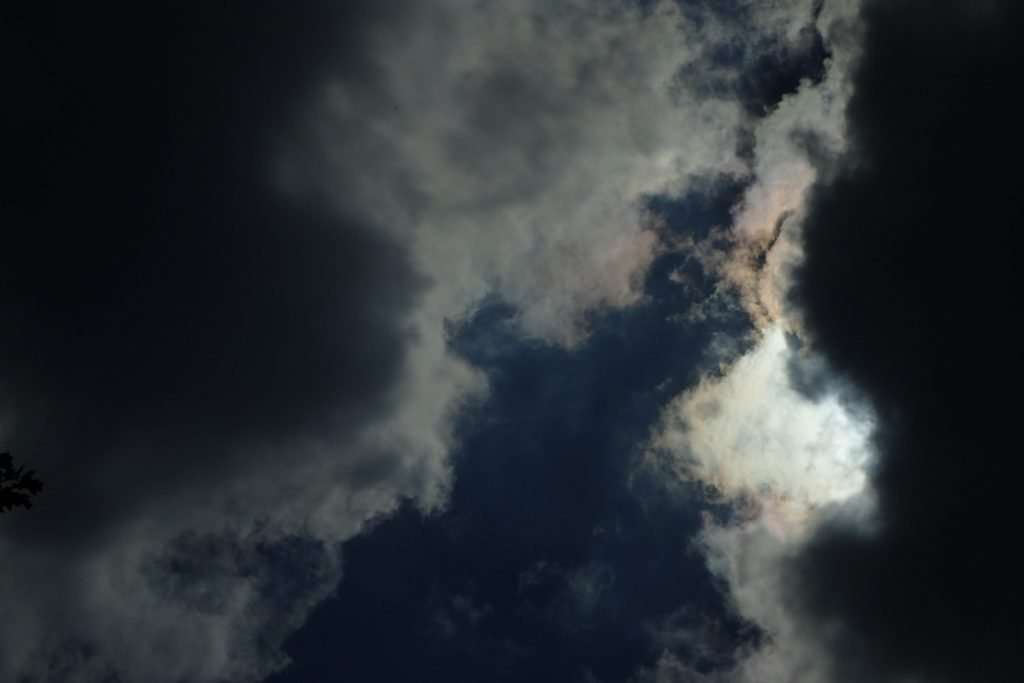 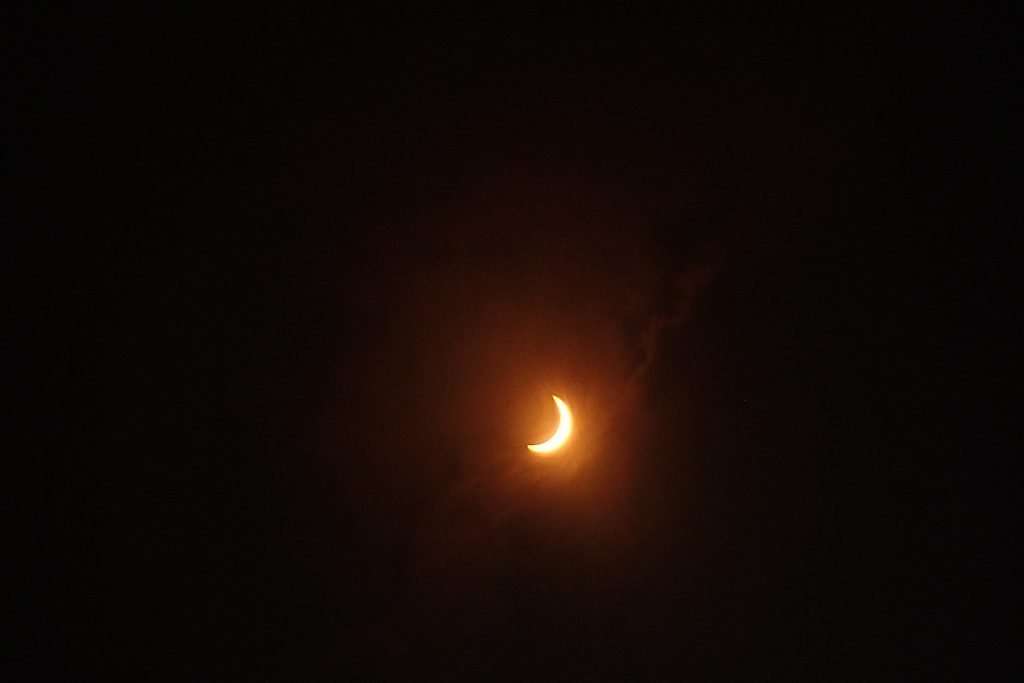