With the horizontal rock forest in our rear-view mirror, we headed West towards Phoenix to see friends and ex-coworkers.  Always ones to avoid major freeways and with Flagstaff on the docket after Phoenix, we opted to drive South and enter Phoenix from the East, through Tonto National Forest.

That meant that we had to drive up, up, up again to crest the massive Mogollon Ridge, but in doing so we were able to experience the desert at several different elevations, take in some massive rock formations, and finally see some cactus! 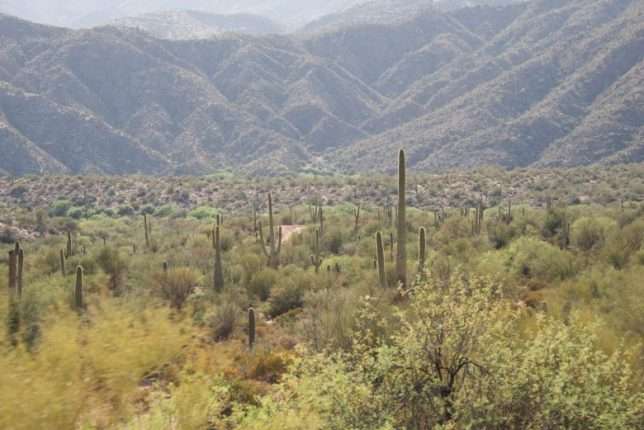 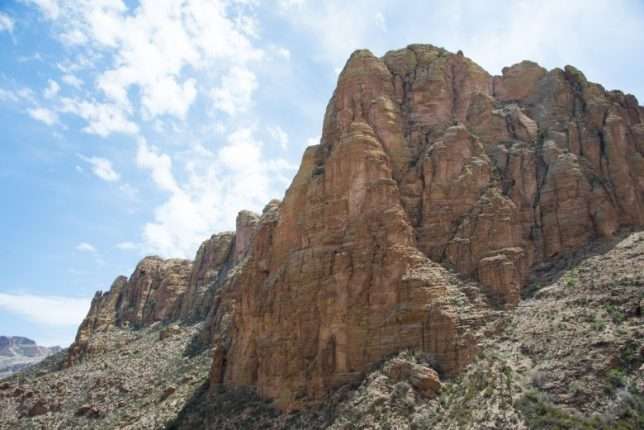 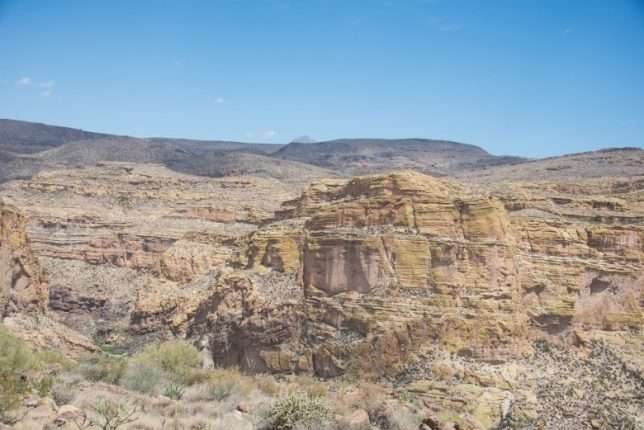 People say that you really need time to appreciate the desert and that the more time you spend there the less lifeless it feels.  I can only agree.  Water helps, though, so camping at the one of the largest lakes in the region attracts the wildlife. 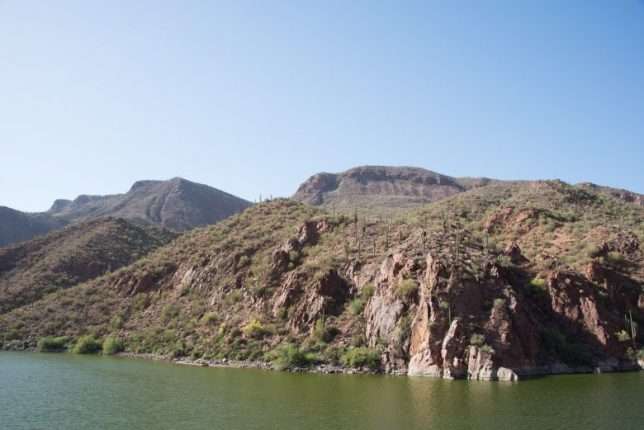 The lake hosts a plethora of campsites and being so close to Phoenix, it’s a pretty popular place.  We tried to find a hot spring that was on our map, but ultimately could not locate the thing, so cut our losses and spent the afternoon in a campground by one of the rivers that feeds the lake.

There were trees, nice people, and lots and lots of birds. 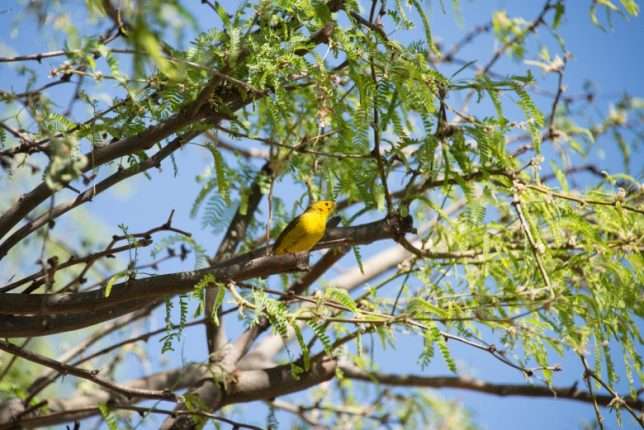 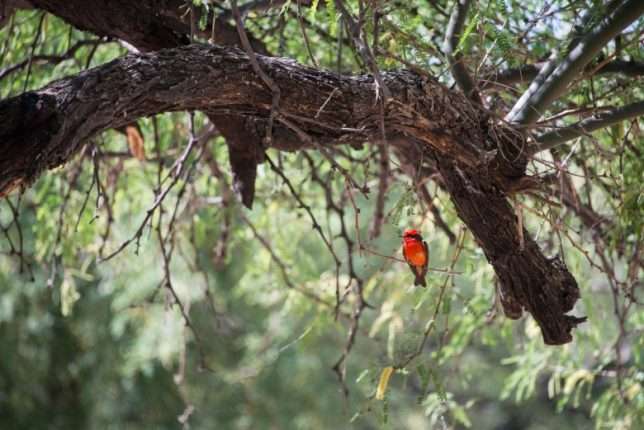 The camping was very nice and relaxing, but we did need to follow the Salt River into Phoenix and so left the next day.  Our road took us over more hills, through some very rocky and unmaintained roads. 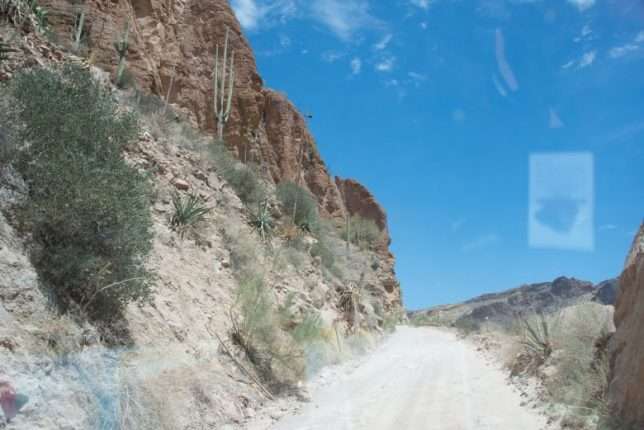 We hardly passed any cars and the remoteness of our route allowed us to see all sorts of animals.  More birds, mountain sheep, and even a Gila Monster!! 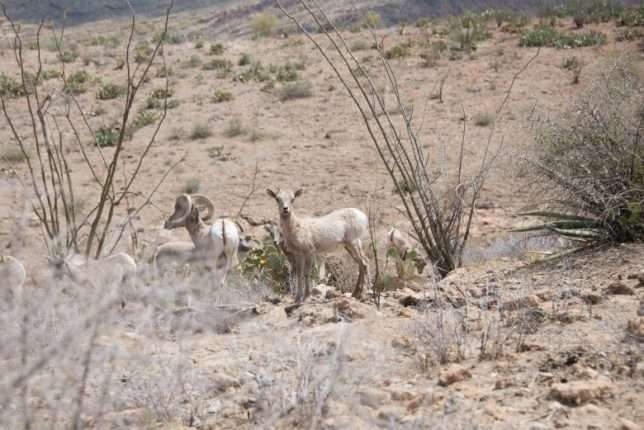 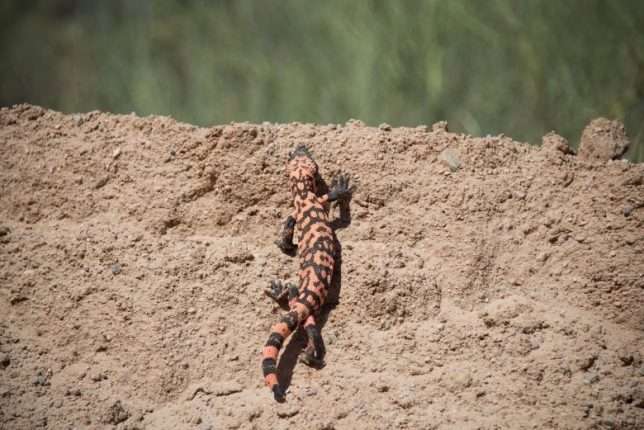 As we neared Phoenix, we passed through the tourist trap of Tortilla Flats, a cowboy town of sinking renown.  It’s a cool little place that used to be the local town for the gold diggers in the mountains.  With that ship sailed, there’s little here but nostalgia and information on a way of life that no longer exists.

Though places like this exist all around the Rockies, Tortilla Flats became famous through a book about a resident with a gold strike and all that he did to keep it secret.  The book was turned into a successful movie, which brought the tourists, which is the only reason the six people who live in that town have anything to do, or frankly are probably even there. 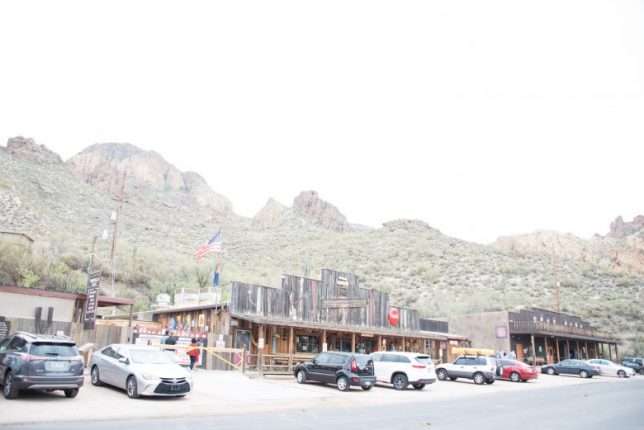 We needed lunch, though, so our only choice was the one place in town to eat.  It was awesome and perfect in every way. 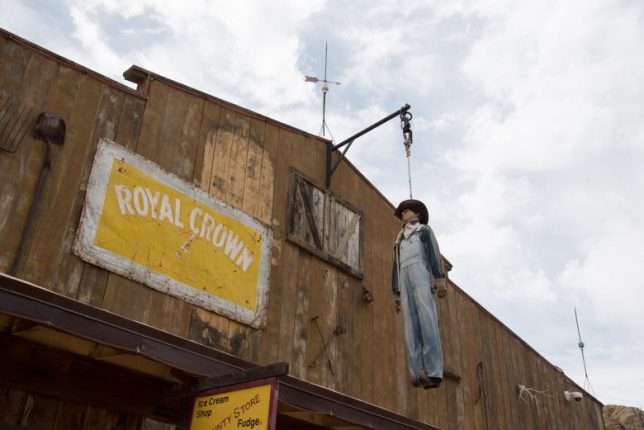 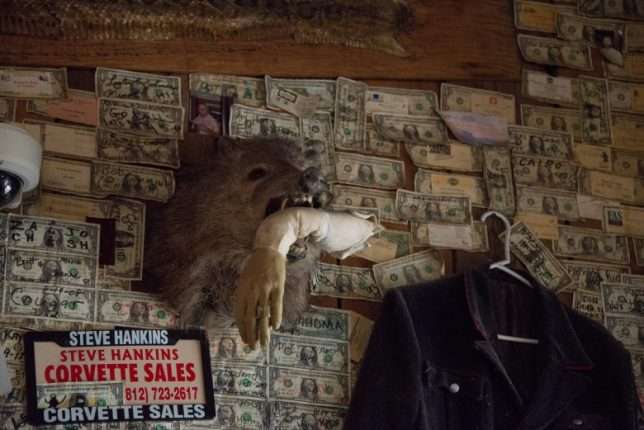 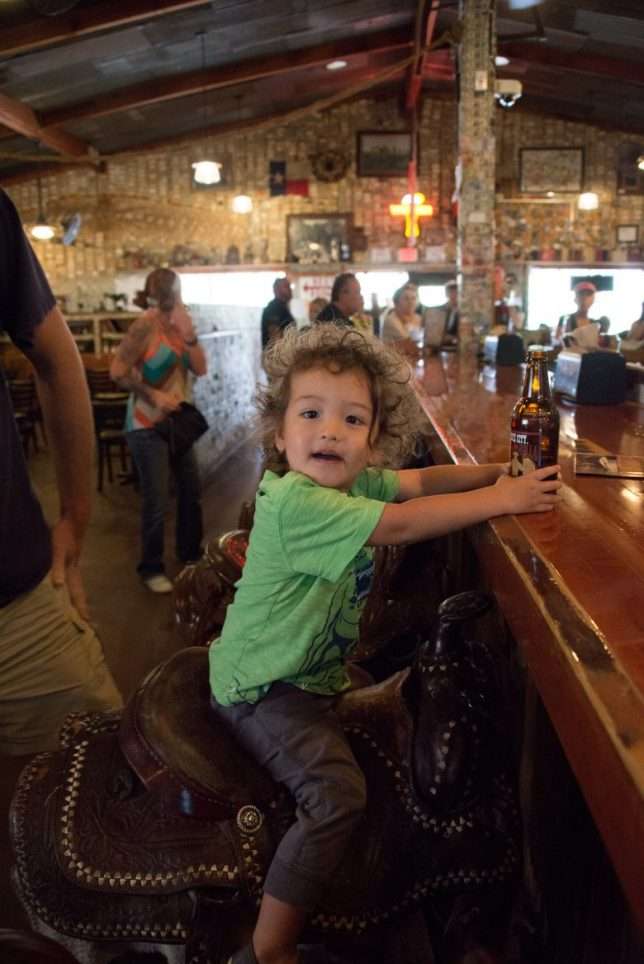