As the heart of the hop world, you’ll see hops field as you drive anywhere in the Yakima Valley.  They seriously produce a lot of hops; about 85% of all US hops come from this valley.  Hop fields pop up throughout the city of Yakima and represent the predominate crop field for the next 20 miles South of town.  The neighborhood we stayed in sat on the outskirts of the city and we saw sights like this often. 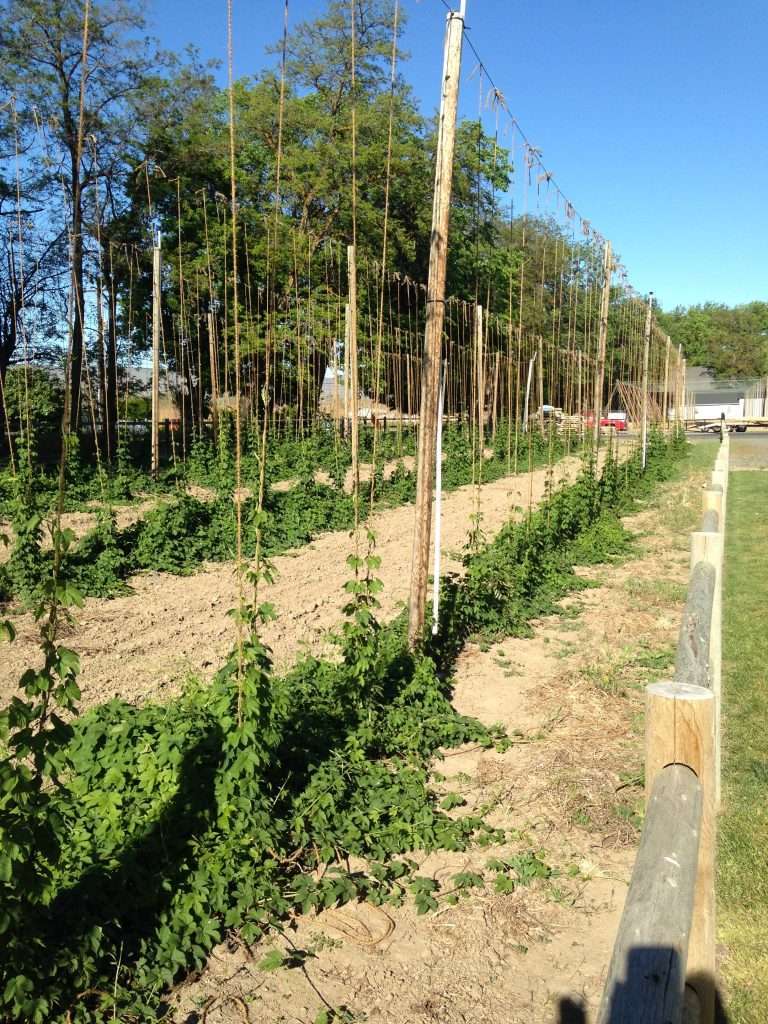 As hops don’t come into harvest until the fall, little green was present, but come September those bines – which can grow up to 15′ tall – will absolutely consume the strings they grow upon.

(Fun fact to be pretentious at dinner parties: a hop is a bine, not a vine.  Vines send out feelers to grasp onto a support while bines wrap themselves around their support in a helix.)

20 miles South of Yakima sits the city Toppenish, which honors the proud agricultural tradition of the valley with the American Hop Museum.  One of the numerous small towns whose glory years all start with a 19, the population of Toppenish is moving away.  The downtown not only reflects this, but the city slogan pridefully boasts about how the city is famous for holding onto the past with vigor. 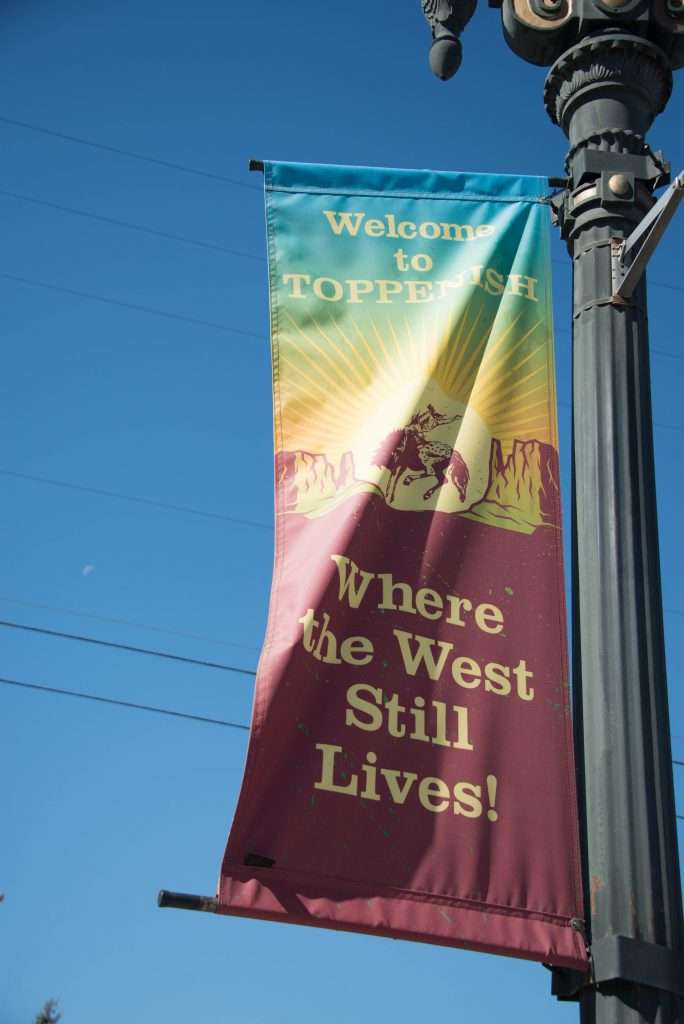 While the West still lives in Toppenish, it is also rightly famous for murals.  They decorate the walls of every alley and empty building side, bringing excitement and color to what would otherwise be any other small town.  They made walking around the town interesting. 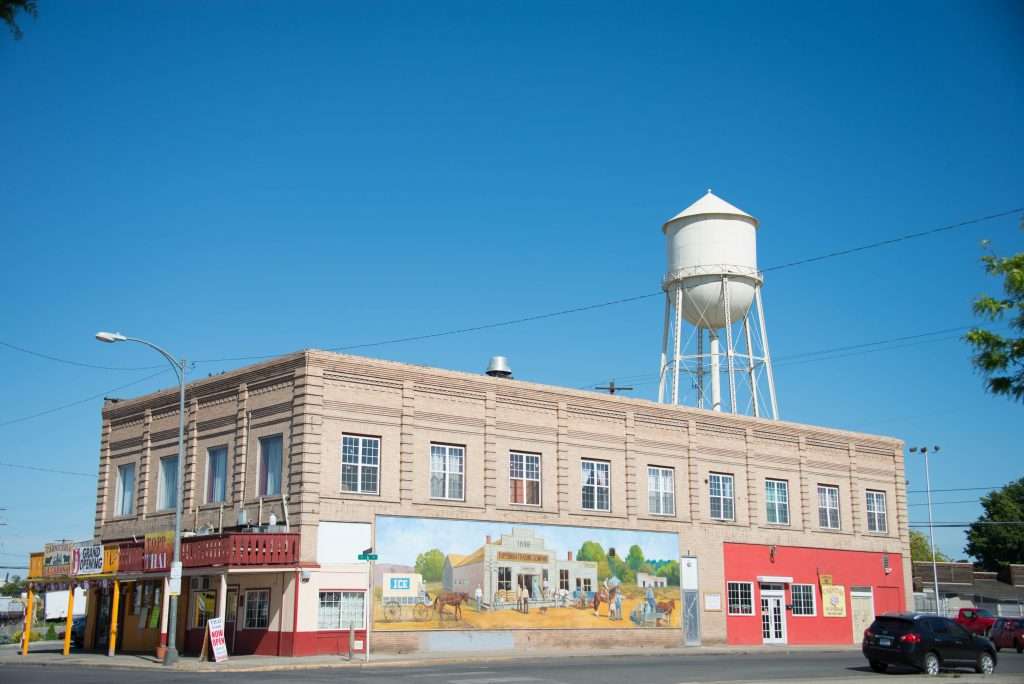 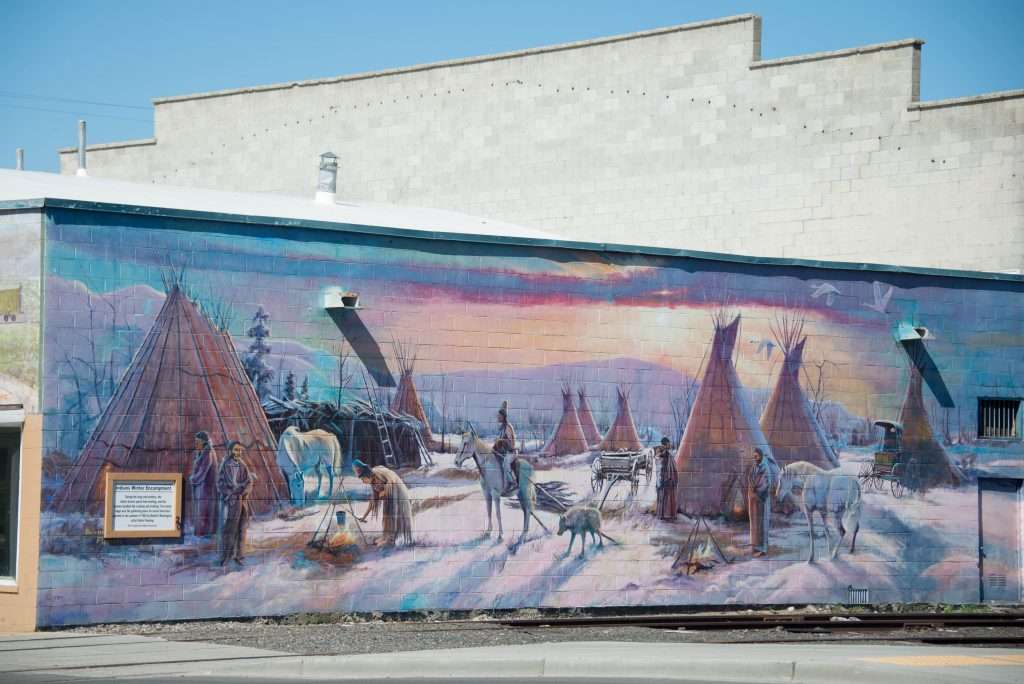 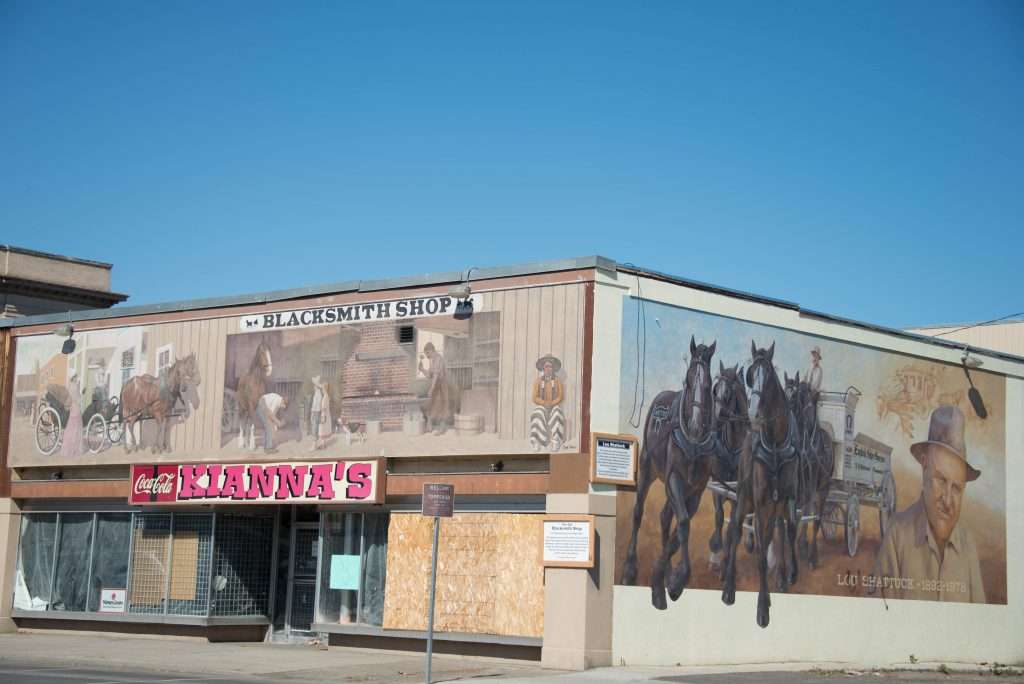 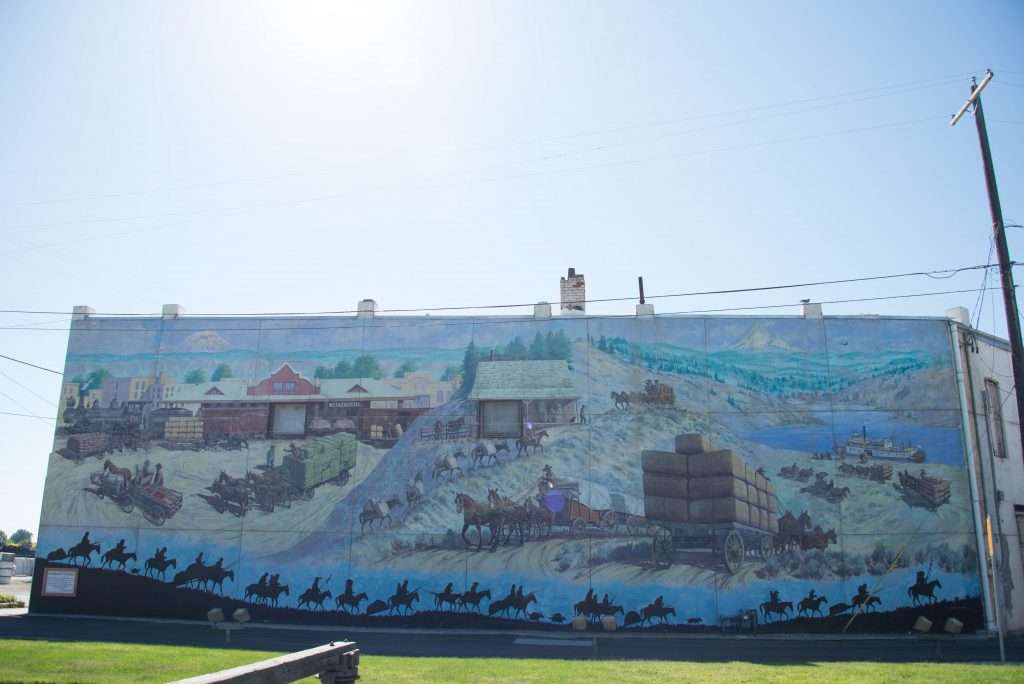 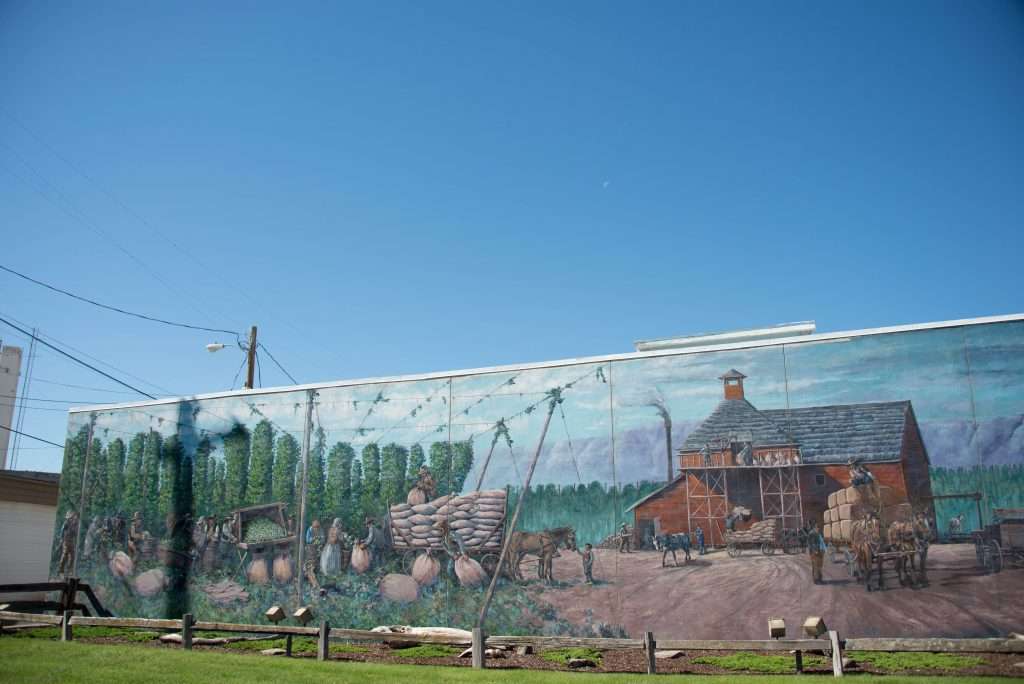 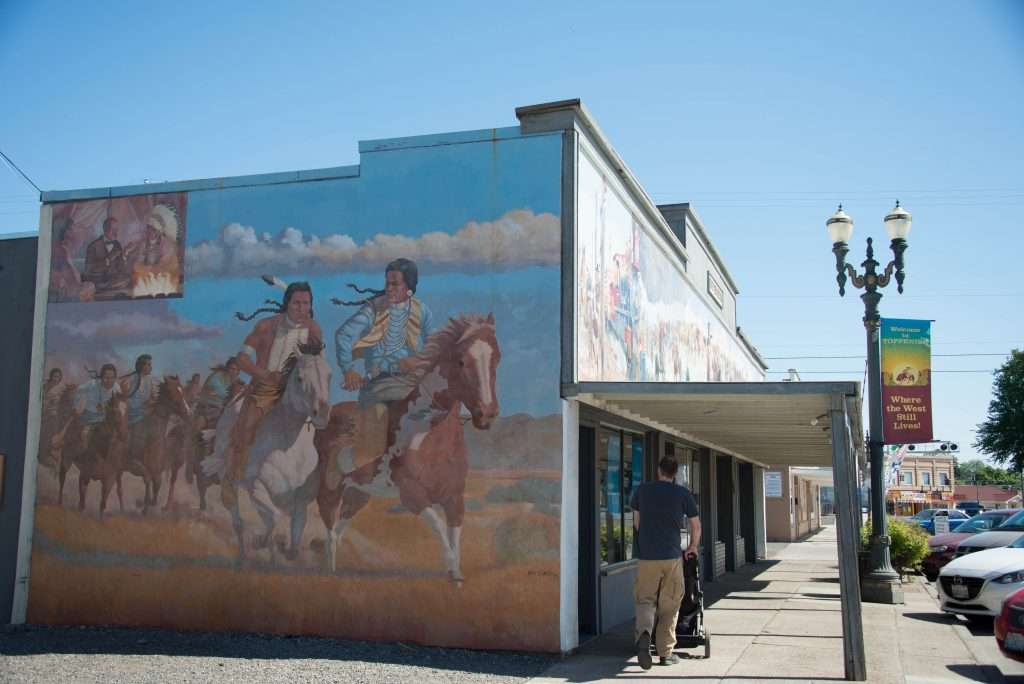 There are some unsanctioned murals as well. 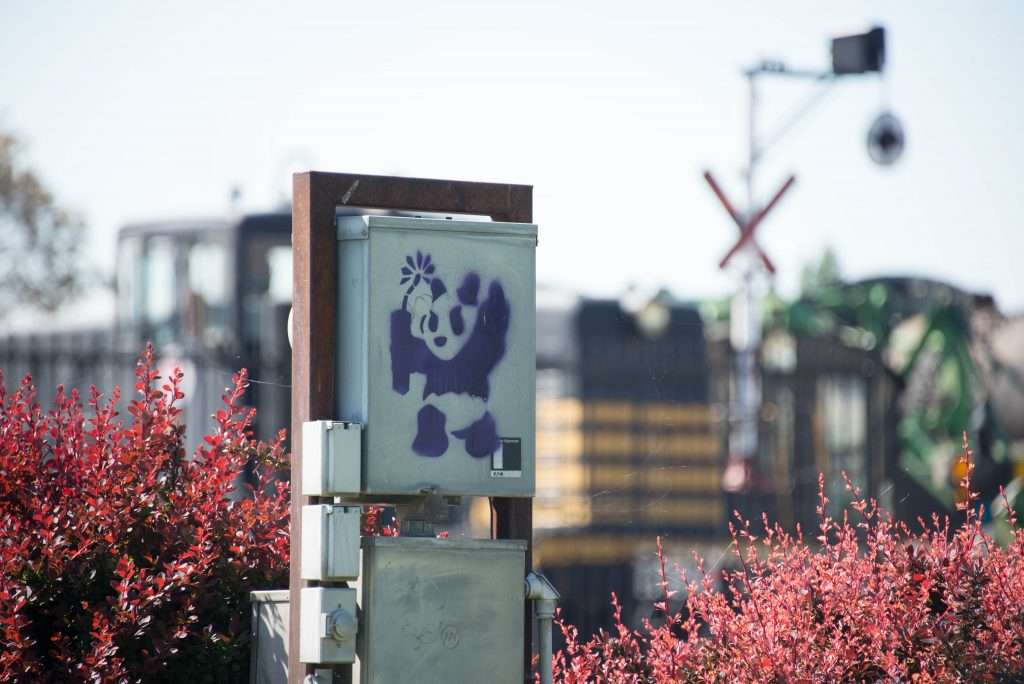 So after a quick walk, it was onto the main event: 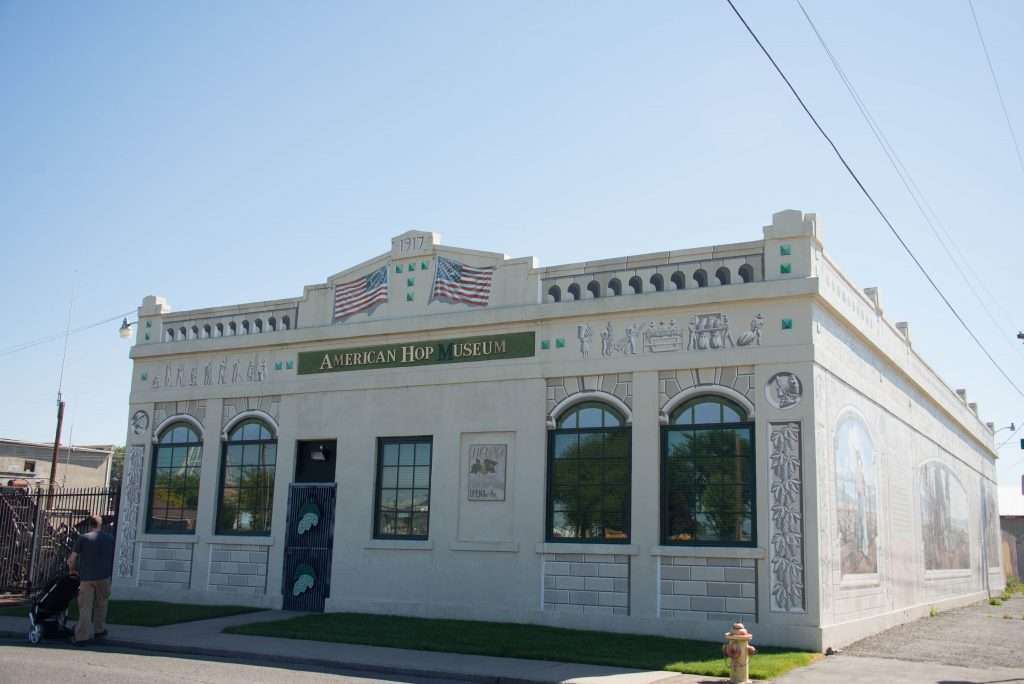 As a brewer, this is the kind of museum that excites me.  The hop is a truly fascinating plant and the way beer utilizes the phenomenal amount of oils present in the plant boggles my mind.  There is so much to discuss and learn about the hop that, unfortunately, the museum fell truly flat on.  They understandably focused on the history of the plant in the Yakima Valley, but even there provided very little information.  I learned very little here as most of the exhibits regarding the history of the plant were unmarked.  The old-style machines were pretty neat, though. 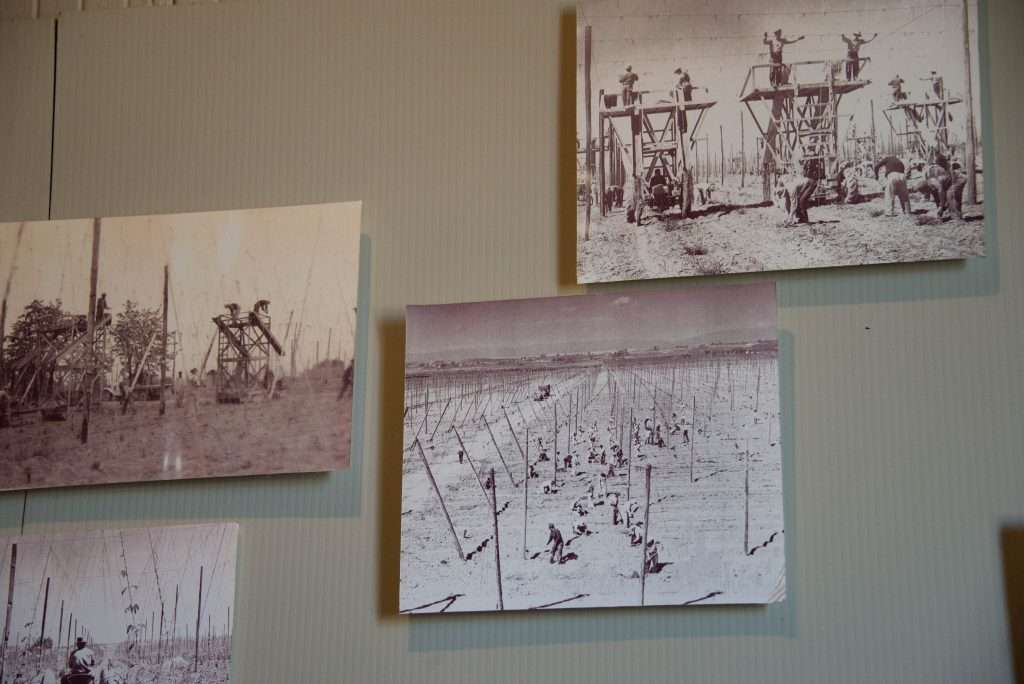 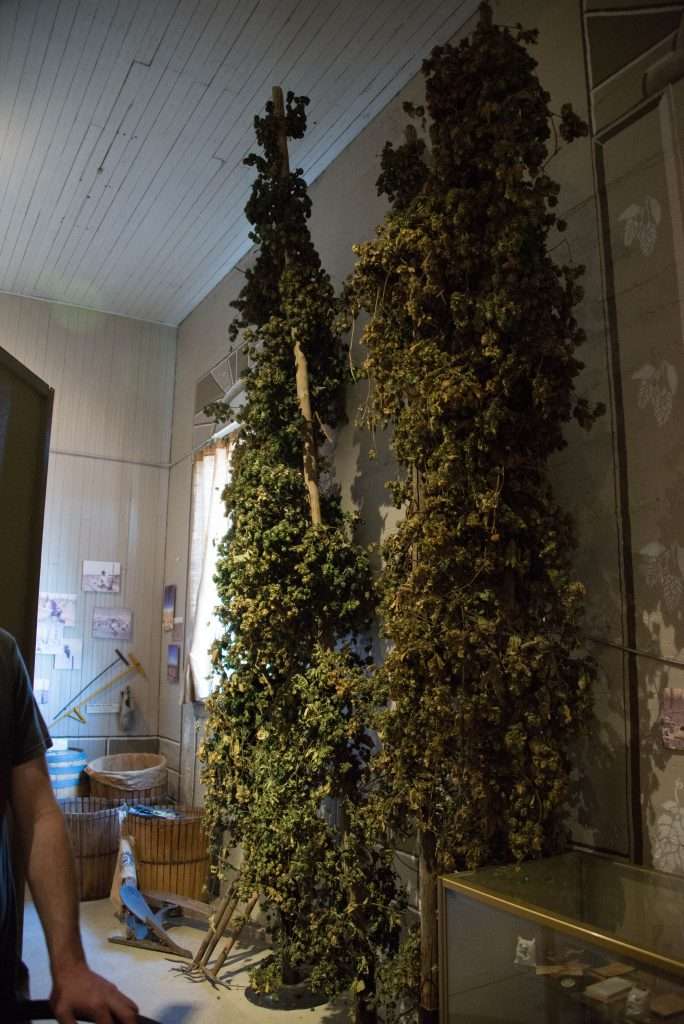 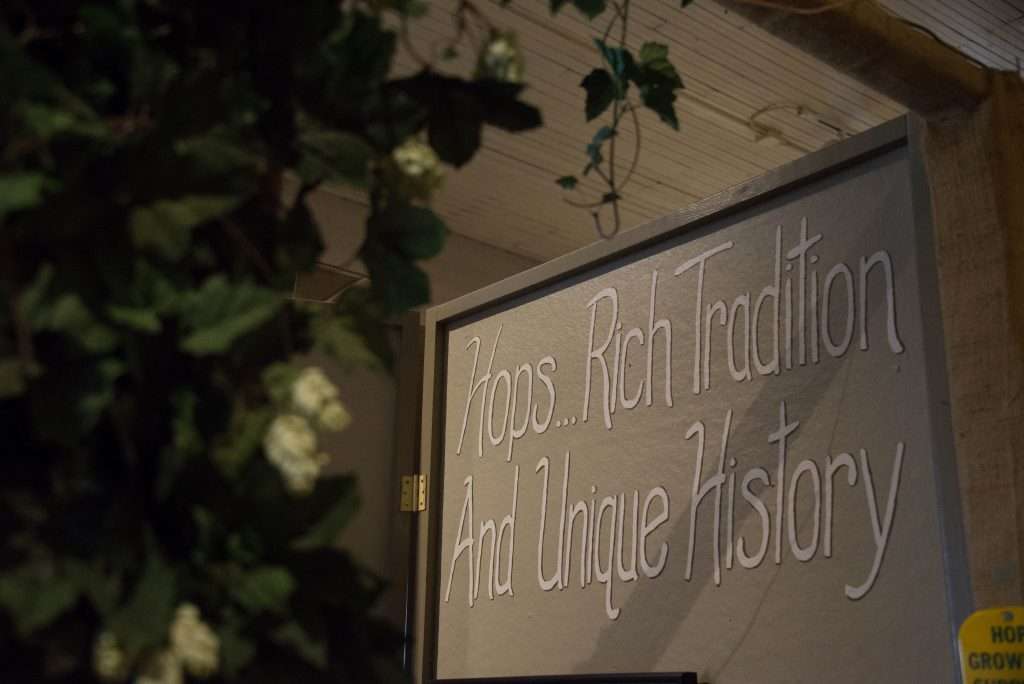 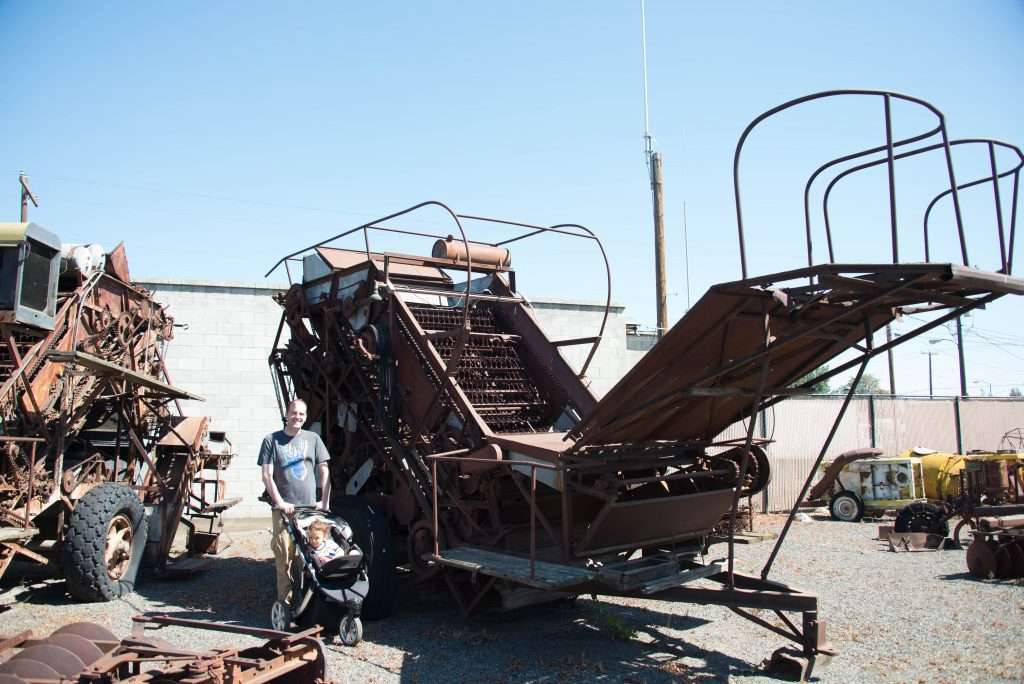 When they did talk about hops and brewing, everything was very vague, save for the explanation on hop oils and their uses.  The display there rocked.  Seeing an old-time brewing set-up also put a smile on my face. 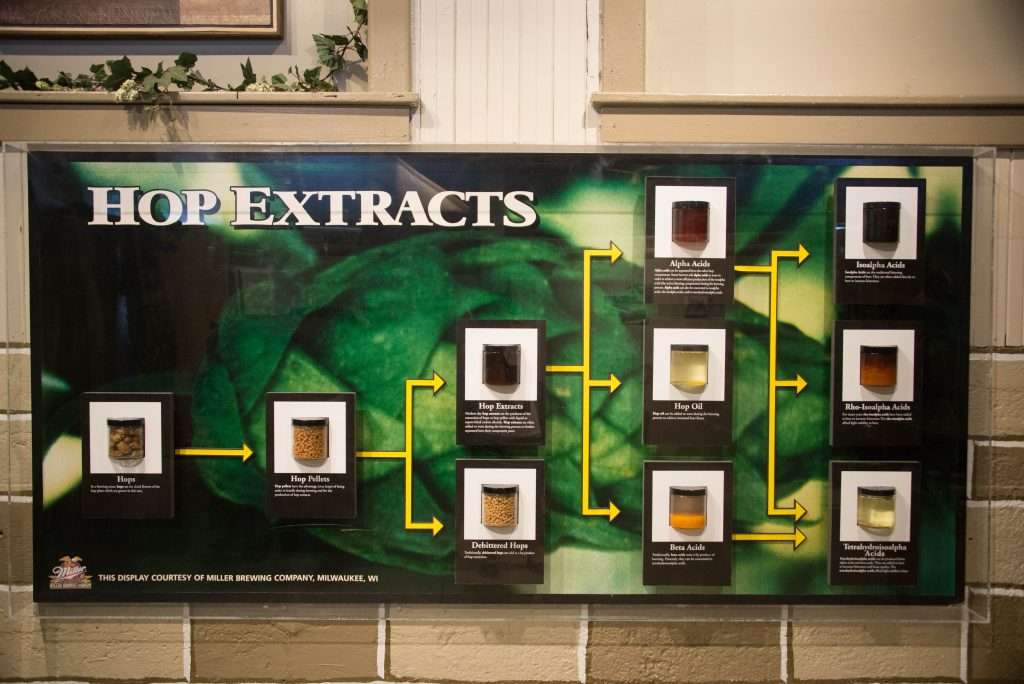 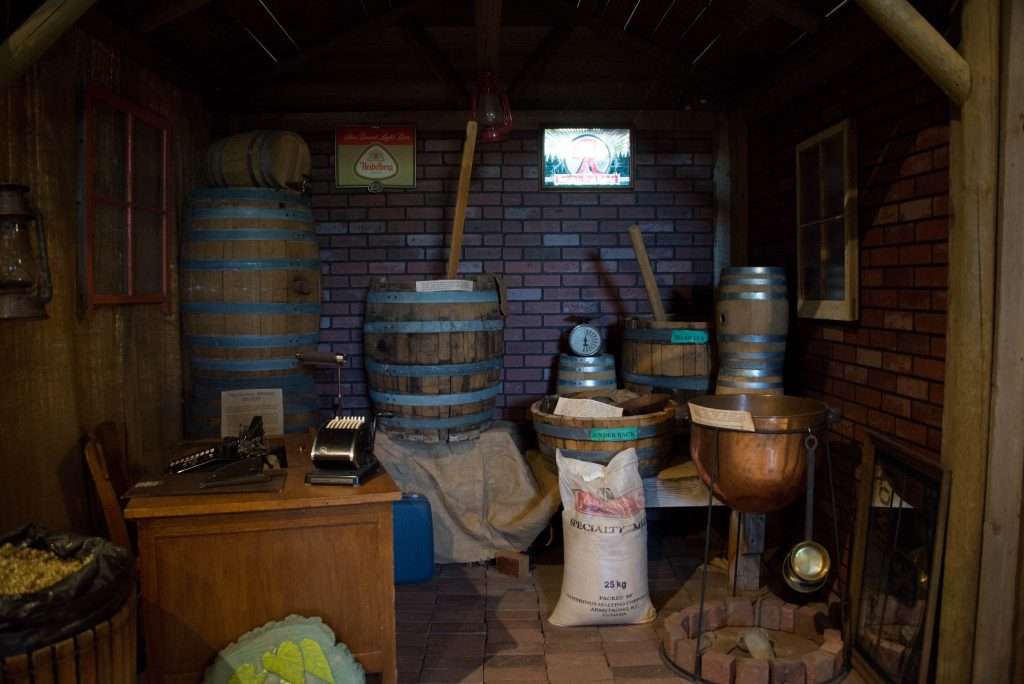 All in all, if you find yourself in Toppenish or have time on a drive between Yakima and the Tri-Cities, there are worse places to stop.  It’s a decently good time for $3, though they could do with much more info.  Also, come to Toppenish hungry.  I wish we had, because we were unfortunately 30 minutes past lunch when we found this. 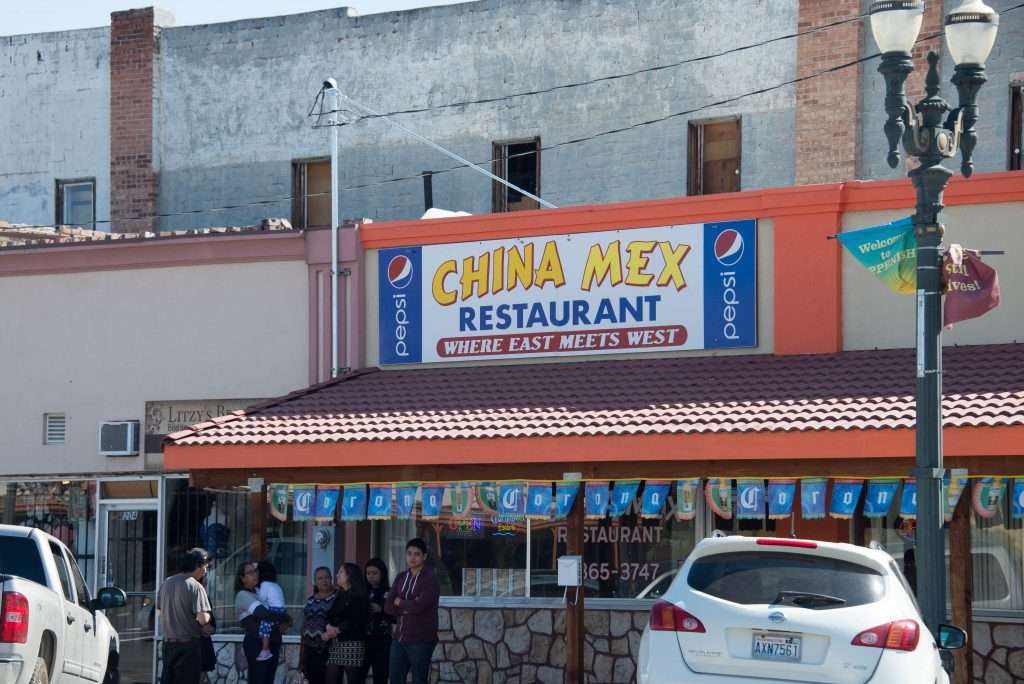 It was tempting to go throw-up in a bush just to eat there.

We had one last stop on the way to Walla Walla and this stop represents on of the greatest parts of road-tripping through the USA: roadside attractions.  The USA is a country that really should be experienced by car and due to the popularity of doing so in the 40s and 50s, the desire for smalltowns to build something – anything – to lure those tourist bucks in was strong.  The USA houses loads of weird, silly, irreverent sites that just beg for a picture.

Of course there is a website dedicated to all of this, www.roadsideamerica.com.  Through that I found the only proper thing that a church in a town called Zillah could do: 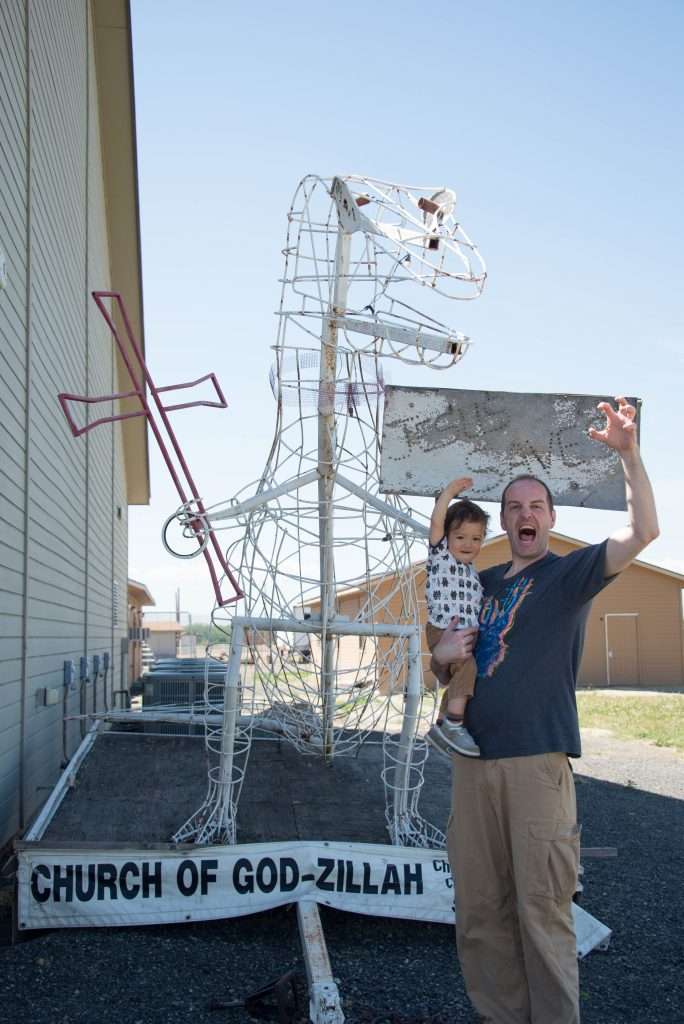 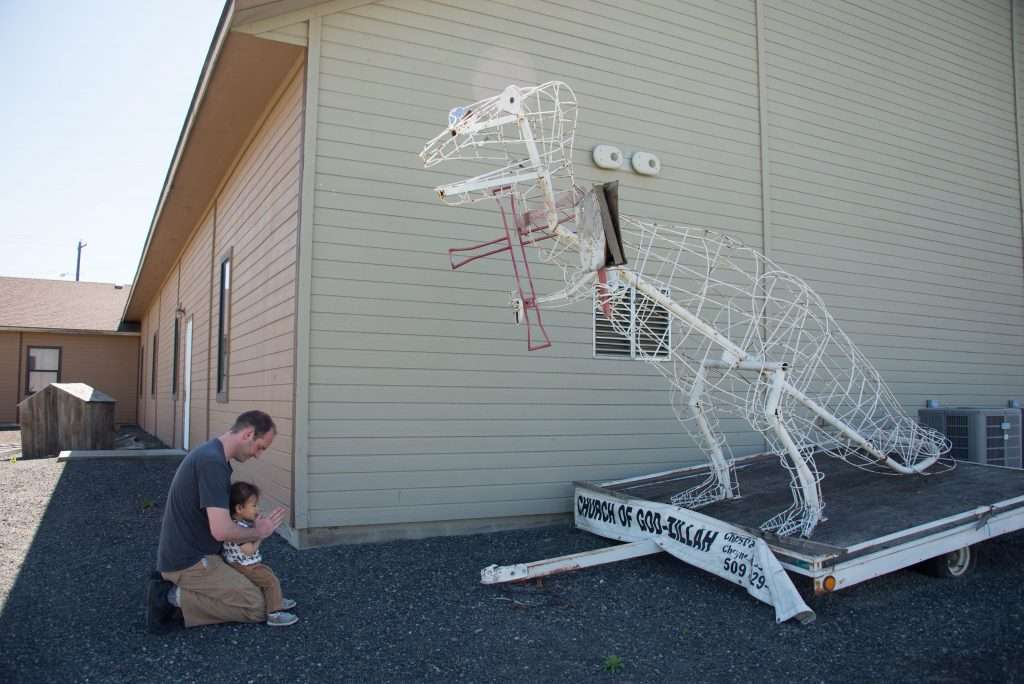