Filled with the majesty of rocks and space, we pressed on towards the Utah-Arizona border.  We knew we were going to loop around the Vermillion Cliffs and so decided to visit Horseshoe Bend later.  Instead, we camped out by Lake Powell, rested, and did some laundry. 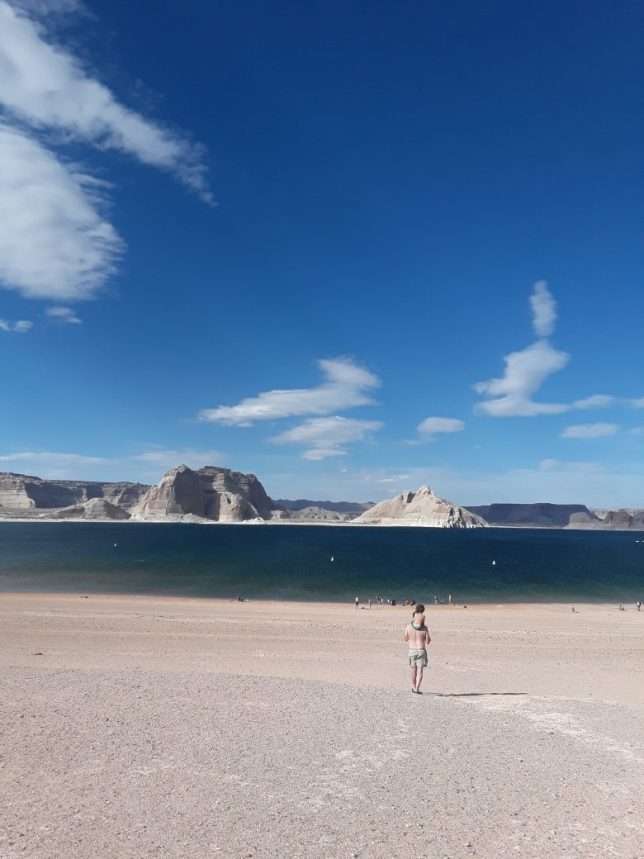 During our research for this trip, Shiz came across White Pocket and immediately added it to her list, so when we set out on Mother’s Day to finally visit it, she was ecstatic.  We wanted to see The Wave as well, but passes for it are so hard to get that we decided to not even try and just go for White Pocket.

Directions in hand, we camped in a free campsite East of Vermillion Cliffs and drove out the next morning.  It’s incredibly hard to find and very easy to miss.  In fact, we took the wrong road twice trying to find it.  We did find the right road eventually, only to watch it get sandier and sandier until….. 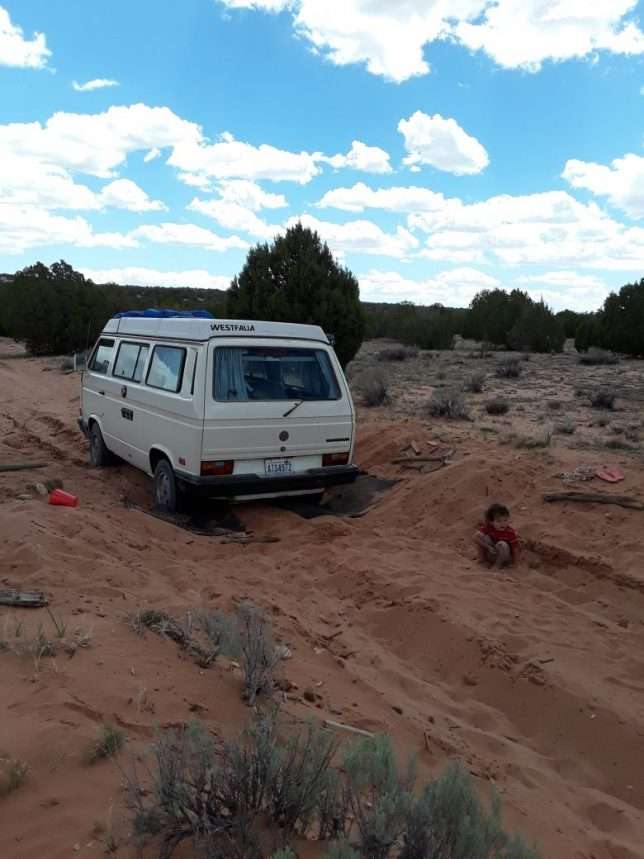 We got stuck again.  Very, very stuck.  I kept digging and digging, but an hour later we were still stuck.  Eventually, we heard a car pull up behind us and some people on their way to White Pocket who were actually driving 4wd vehicles tried to help us out.

Tried, because they couldn’t do it.  They stuck with us for 20 minutes before giving me a ride back a couple of miles to a place where I had cell phone range to see if someone could tow us out.  They could, but they wanted $600 to do it.  Screw that, I was going to dig until my arms fell off.

The people who stopped stayed around for another 15 minutes, but it didn’t seem like anything was going to happen anytime soon, so we sent them on their way so that they could at least see it.  I kept digging.

Four hours later, a pair of trucks came down from the other direction.  We had been there so long that we were now meeting the people who were coming back for the day.  After a “How the fuck did you get out here in that thing?!”, they brought out their tow cables and pulled us free.  Hooray! 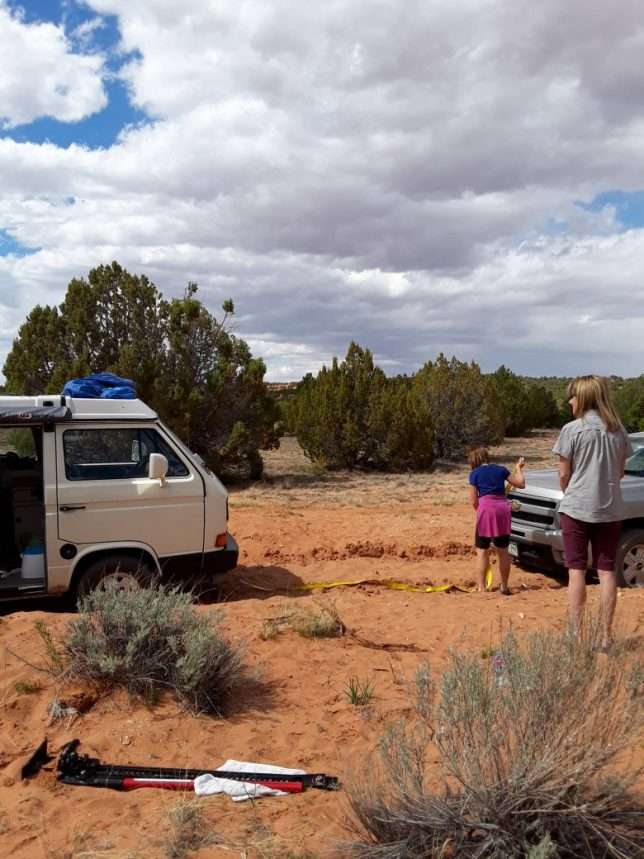 We are now traumatized by sand, but on the other hand there’ll never be a more memorable Mother’s Day.