There’s really not a whole lot going on in Moncton itself.  Moncton seems to exist because the surrounding area has very little in the way of box stores and some universal logic dictates that after a couple hundred kilometers people need a Lowes.  Moncton does serve as an excellent stop over towards Prince Edward Island and home base for exploring Fundy Bay, however, which belies it’s true purpose: it’s a place to sleep once you’ve gone somewhere nearby.

August of 2017 saw 60,000 hotels rooms rented around the Bay of Fundy as people came to explore the landscape, see the deservedly famous rocks, and perhaps catch the tail end of whale watching season.  The Hopewell Rocks decided our stop in Moncton, though we were too late to see any whales.  We had a couple of days in Moncton, so we did what everyone there does: we left Moncton during the day to see nature.

With only one day to spend around the Bay, we tried to pack in as much as we could.  It had been a while since we’d been hiking, so we found a nice little lookout and easy hike at Crooked Creek, a short distance away from Hopewell Rocks.  The drive up in nice, with views of the bay to one side and trees on the other as you drive through tiny towns.  We arrived at the lookout, looked, and took our short hike.  All in all it was okay.

The big draw for us and others was of course Hopewell Rocks.  Featuring the largest tide differential in the world, the tide can change as much as 15 meters over the course of 6 hours, so it’s best to take a long visit and see both high and low tide.  The park itself is only open from 9-5, but people are free to come and go as they please at their own risk any time of day.  The park encourages coming for both low and high tide, even going so far as to have entry be good for two days to allow enough time to take it all in. 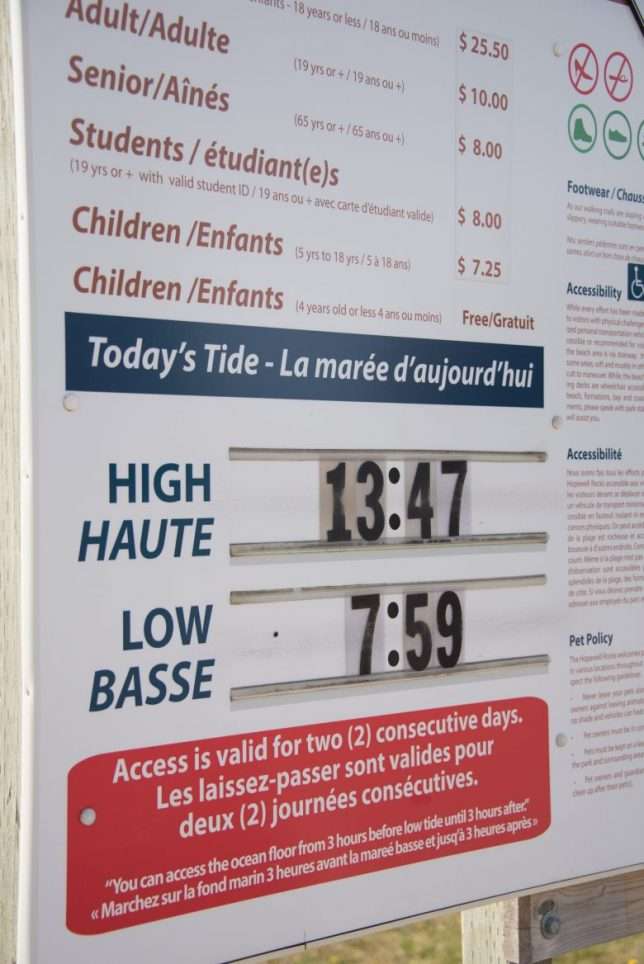 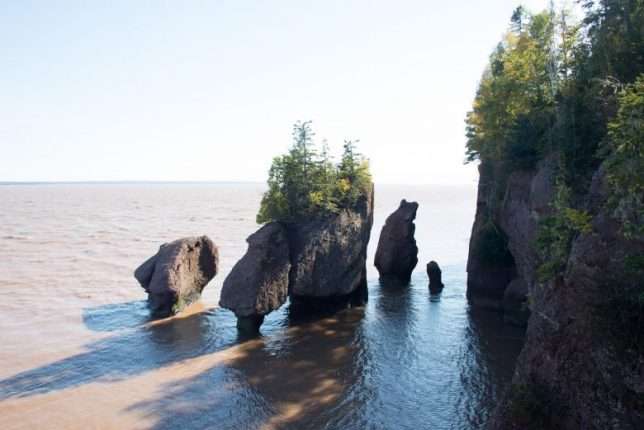 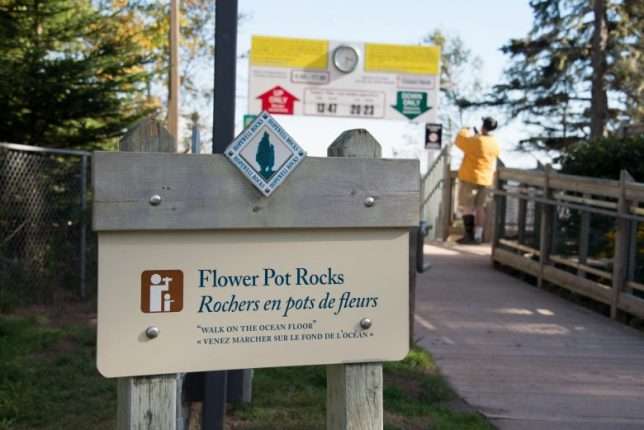 Kevin Snair created a superb time lapse of the tides to give a sense of how much water moves through.  Here’s the video:

We arrived around 2, a couple of hours after high tide.  As we walked up a couple gave us their receipt so that we could get in for free.  Yay!  We walked up, ready to enter the park then noticed one problem.  The receipt was for two seniors.  I might have a couple gray hairs, but nowhere close to enough to trick anyone.  We gave our receipt away as well, paid our $20 (total), and walked on in.

Low tide hit around 8 and as the tide recedes there is space enough to walk around three hours before, which meant for us that after walking around we had an hour to kill before walking on the beach.  With a museum, gift shop, food stall, and playground, it’s an easy place to kill some time, so we hung around for a bit and then walked among the towering rocks that are Hopewell Rocks. 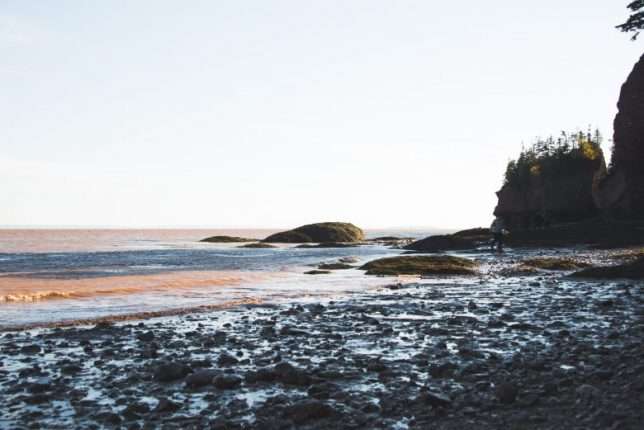 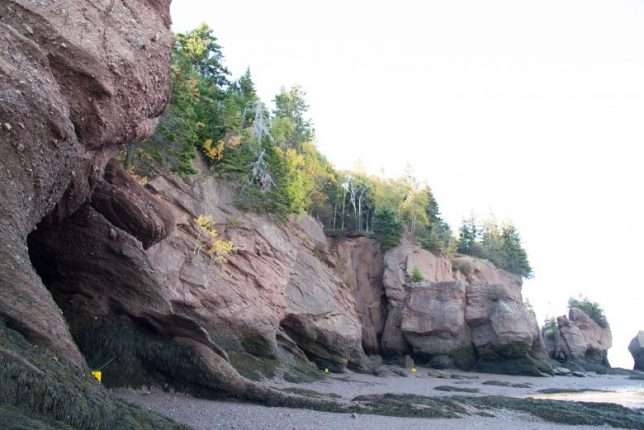 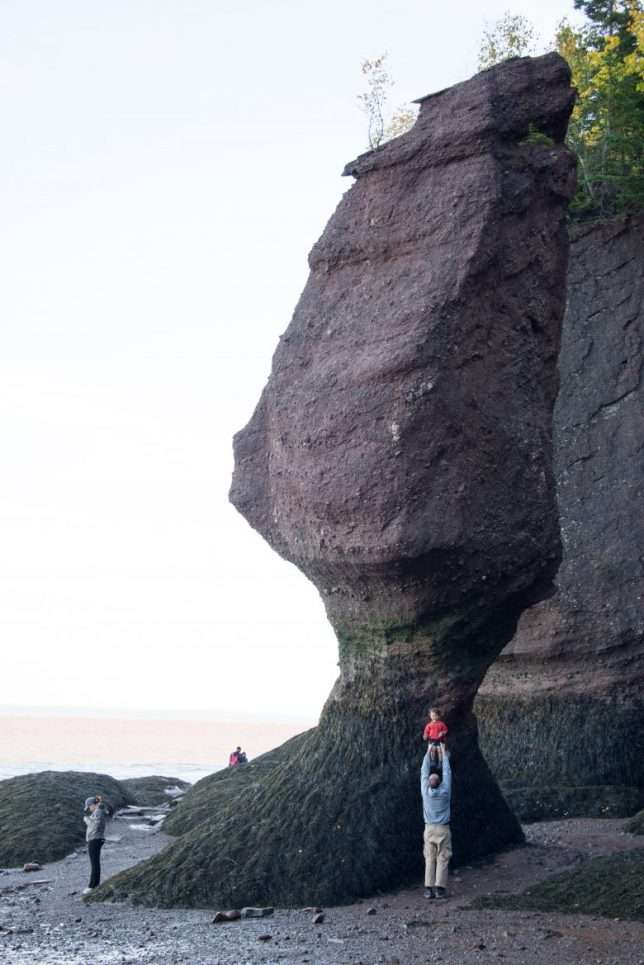 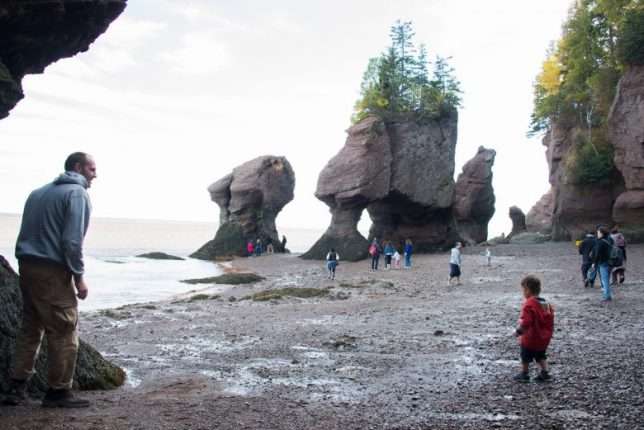 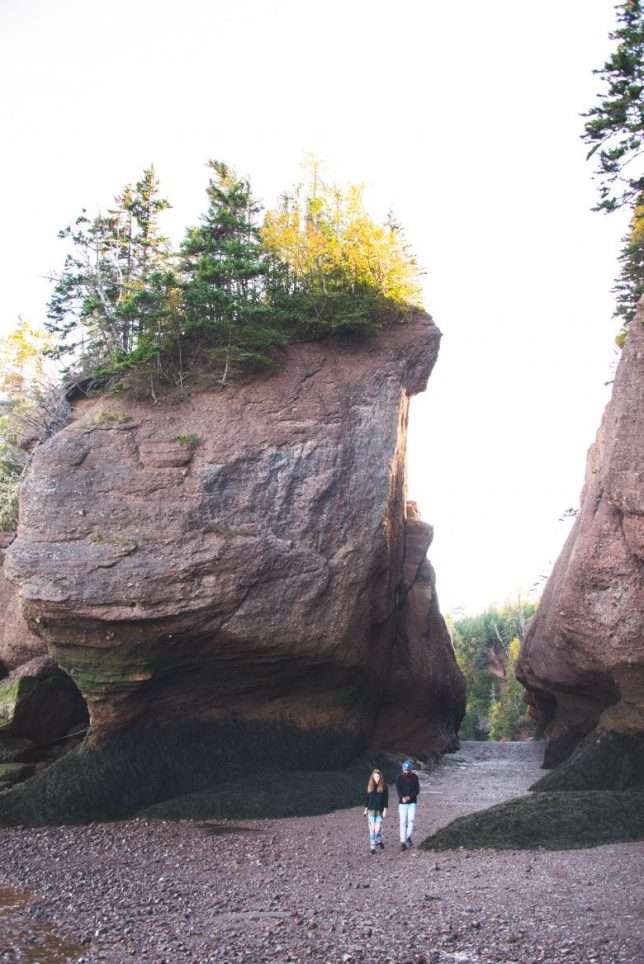 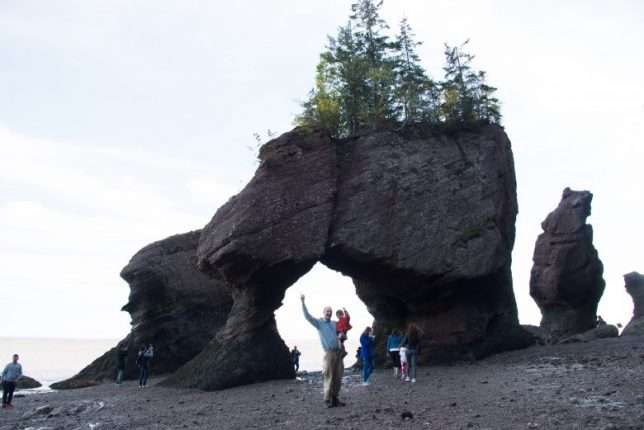 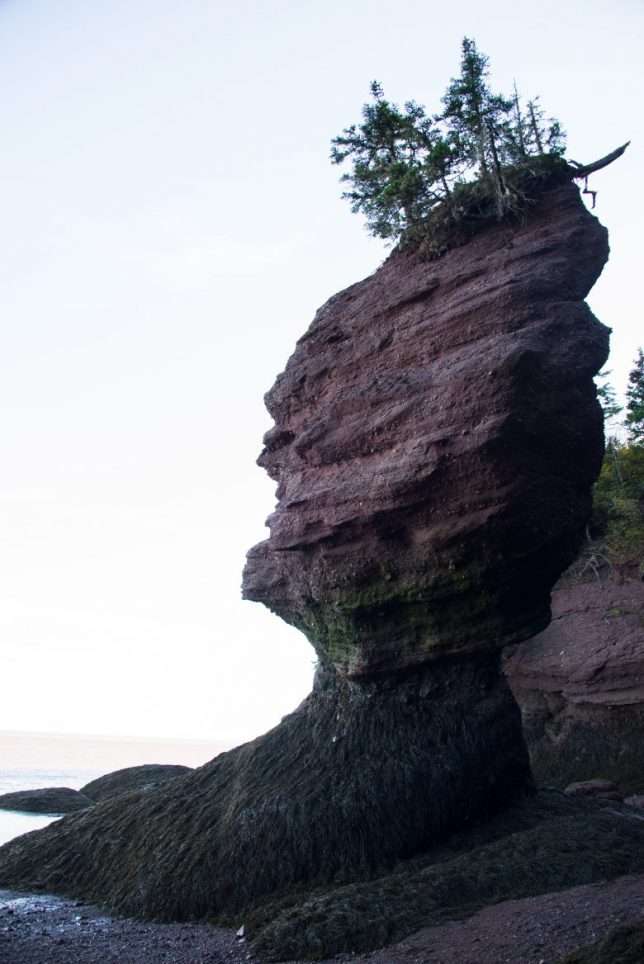 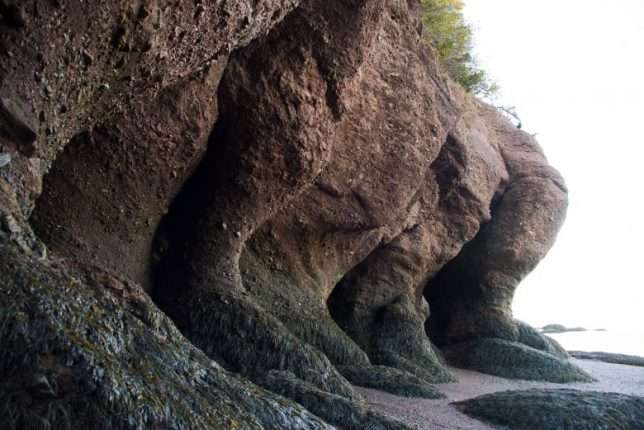 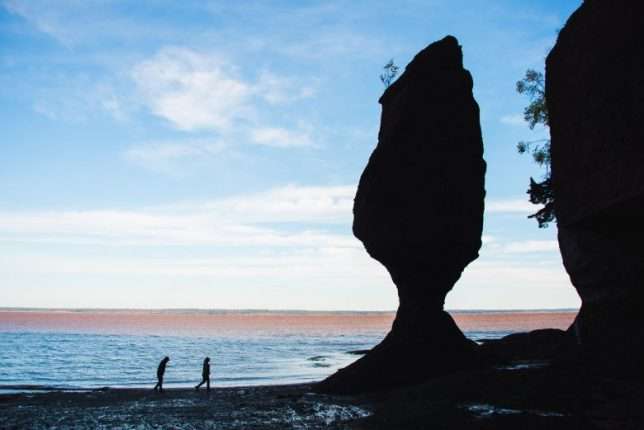 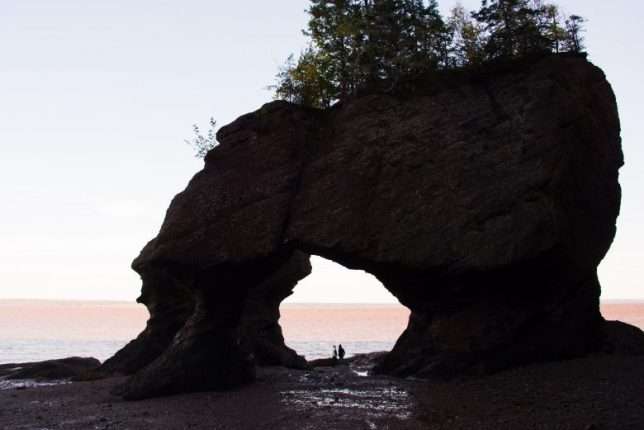