We were happy to leave the shopping mall that is Sedona and where most people probably head into Flagstaff when they travel North, we breezed through to see the Wuptaki National Monument.  It’s a drive and very far out of the way, but what can I say, we like ruins.

These are good ruins, too.  The area around Wupatki is dotted with numerous smaller ruins, but Wupatki operated as the region’s cultural and economic hub during the 1100s, so the complex of Wupatki featured multi-storied buildings, meetings grounds, and even a ball-court similar to what we’ve seen around Mexico city.  The reach of this culture was vast and this building a testament to how incredible their culture was. 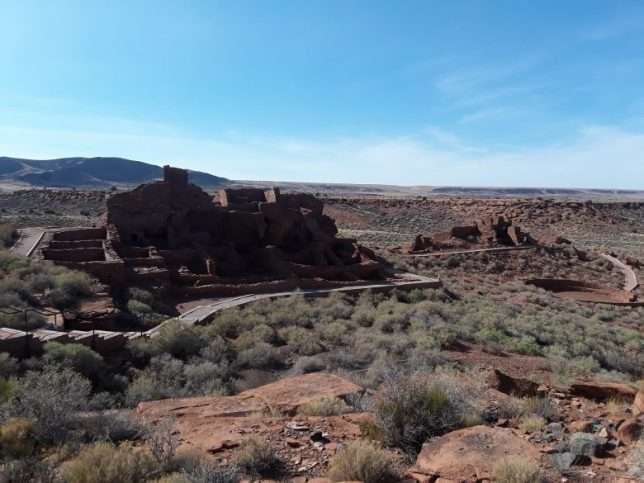 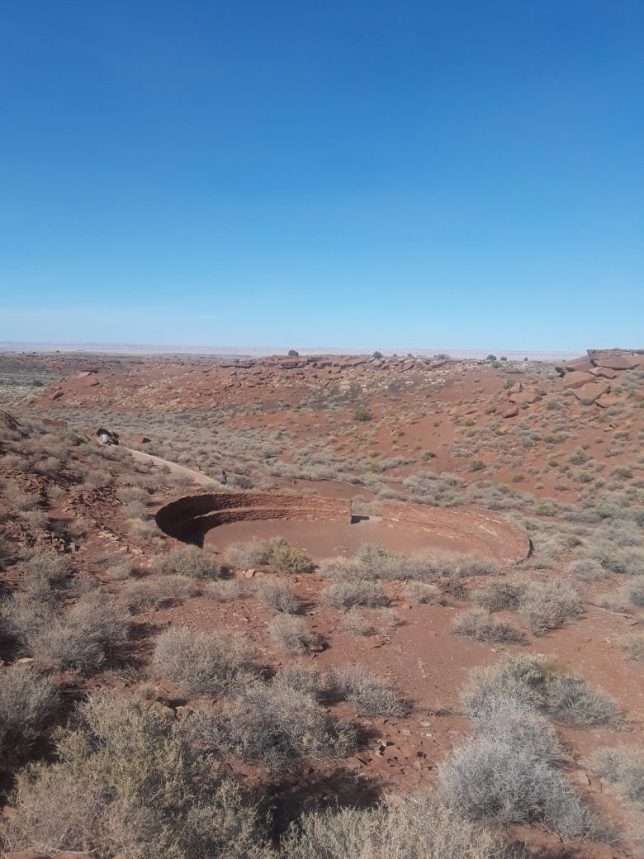 Wholly impressed by this monument and how fun the name Wupatki is to say, we drove South towards Sunset Crater volcano and some camping in the volcanic blowout.

The area we camped in was comprised of very small volcanic rocks, about the size of a ping-pong ball or smaller.  It wasn’t just parts that were covered in this, the entire ground was small volcanic rocks.  Walking around it was like walking on gravel that rattled like pumice.  It was like nothing I’ve ever experienced.

The rocks were so fine, in fact, that the van got a little stuck and we had to dig it out.  So many things in this area were really impressive, but the area around Sunset Crater is like nothing else.

If I had to live anywhere in Arizona, it would be Flagstaff.  It’s definitely a college town, but it’s small enough to be easy to drive around while large enough to have important things like good bakeries and a nice library.  We didn’t see much of the town, though, as Fin was still too little to appreciate Lowell Observatory.

There was one more stop I wanted to make before the Grand Canyon.  Northeast of Flagstaff is a mile-long, flat and very walkable lava cave, so we decided to give it a shot.  We all three like caves and thought it would make a nice stop.

We were not prepared for it.  Up until that point, all of our caves had been large, popular ones like Carlsbad or Mammoth, with tours and lots of info.  They also all had lighting and Lava River had none. 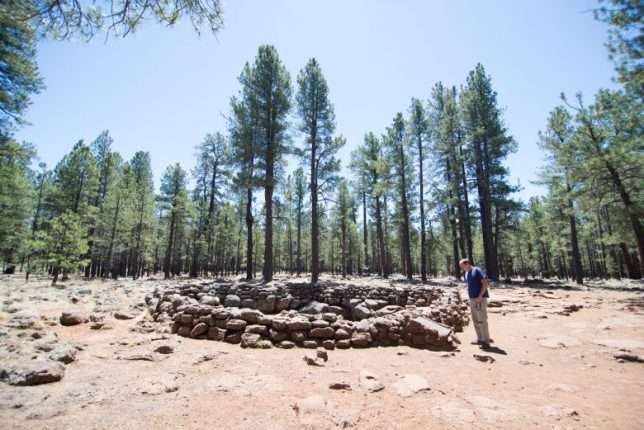 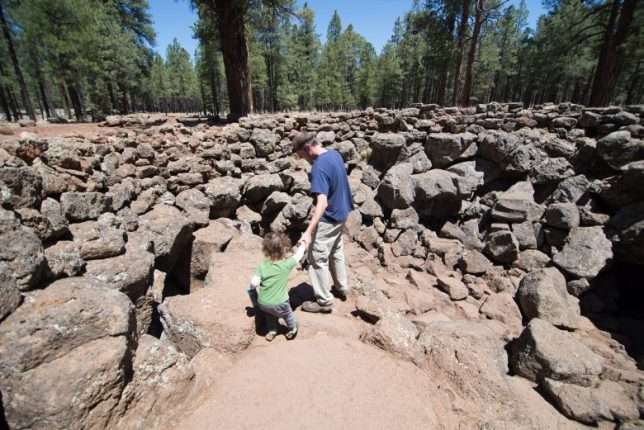 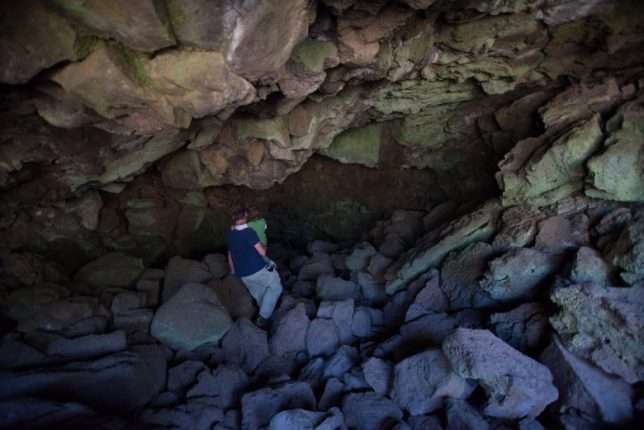 That’s as far as Fin got before he wanted to turn around and I don’t blame him.  Our headlamps were made for camping, not spelunking, so walking was not something any of us particularly found enjoyable.  Shiz and Fin turned around while I went in a little further before eventually turning around, too, as it wasn’t worth making them wait. 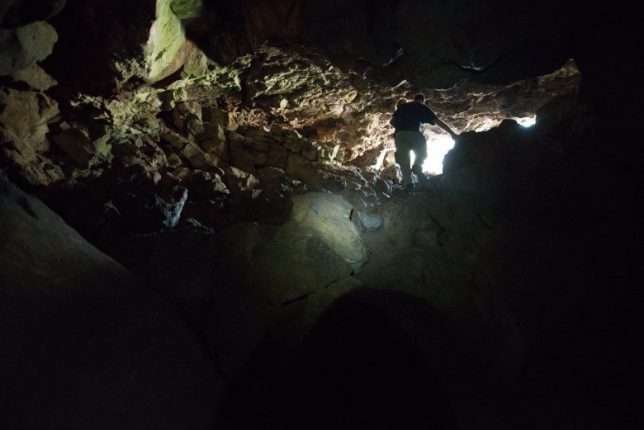 Oh well, live and learn.  Off to the Grand Canyon!