Geysers.  Nature.  Animals.  Though we had only managed to scratch the surface, Yellowstone had proven itself to amaze at every corner.  With one more day before we headed South into the Grand Tetons and beyond, we decided to check out one of the more touted features: The Grand Canyon of Yellowstone.

But not before some bison decided to match off in our campground.  We woke up to this: 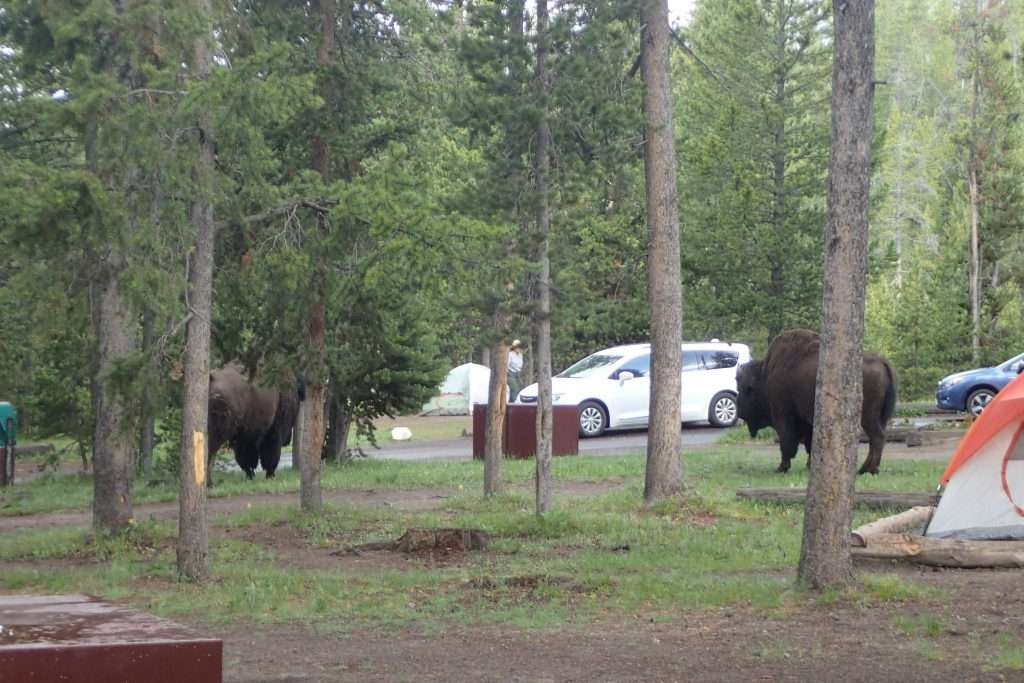 The bison on the left decided that he was going to extend his territory and needed to chase another one away.  Tailed raised in threat, he slowly hoarded the other bison further and further, which as it happened meant straight through our campsite.  No bison fighting ensued, but you can see the ranger in the background trying to make sure that no one got too close.

Bison attended to, we packed up and headed to the Grand Canyon of Yellowstone

It deserves its name well enough and it certainly is very impressive.  Interestingly, the path by the lower falls ends right next to the drop of the falls, enabling you to see the river come from your right and drop 90+ meters down into the canyon.  Other vantage points present themselves along the drive, but the hike to falls is easily the coolest (they’re all good, though). 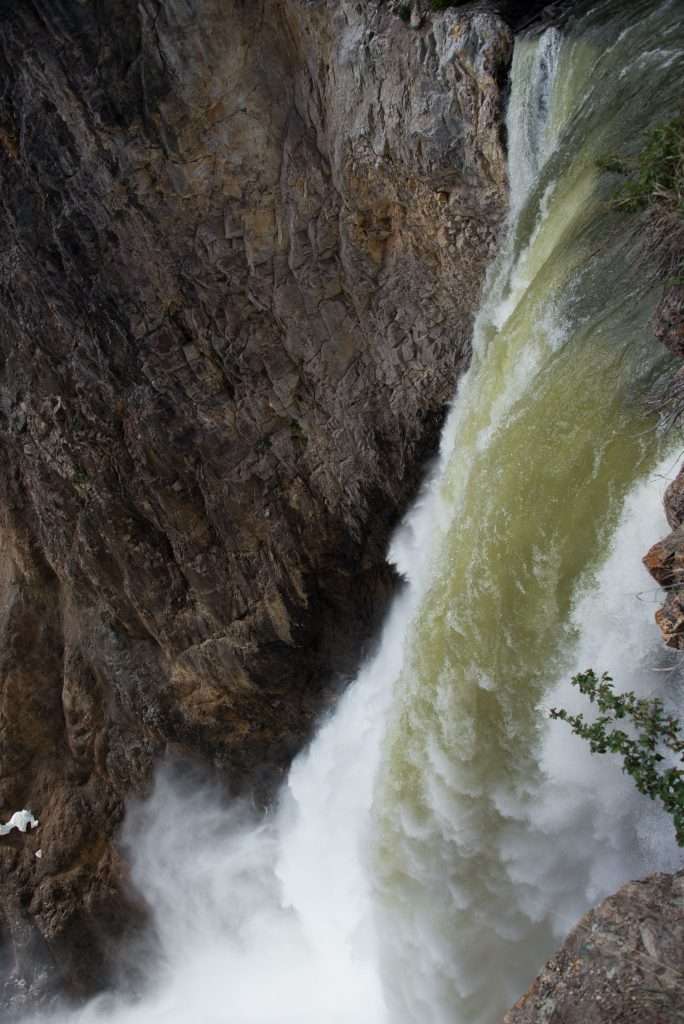 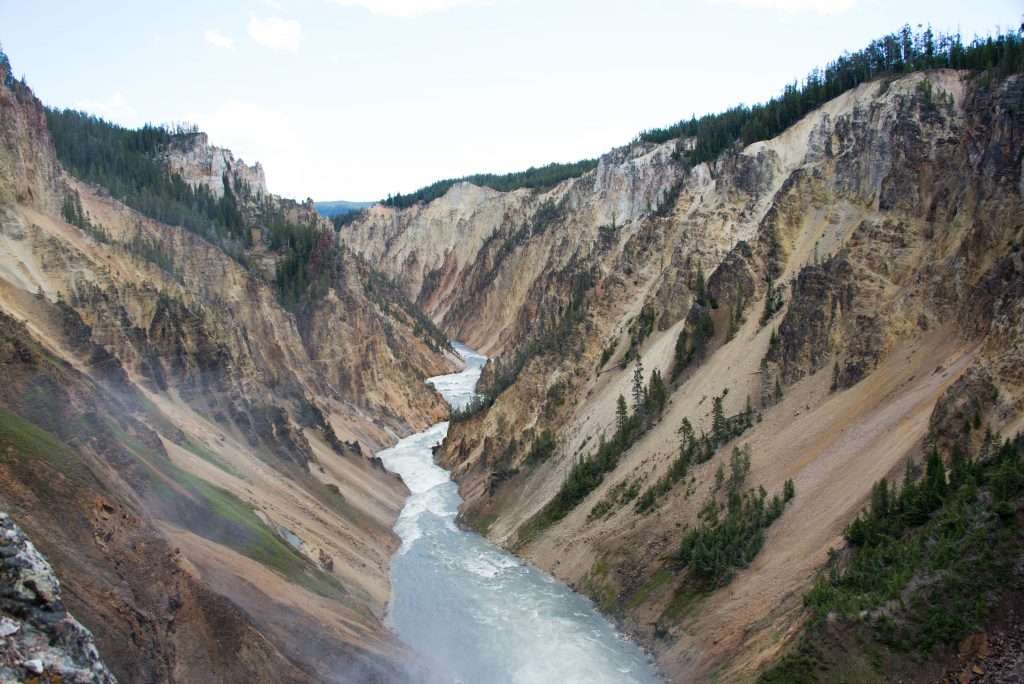 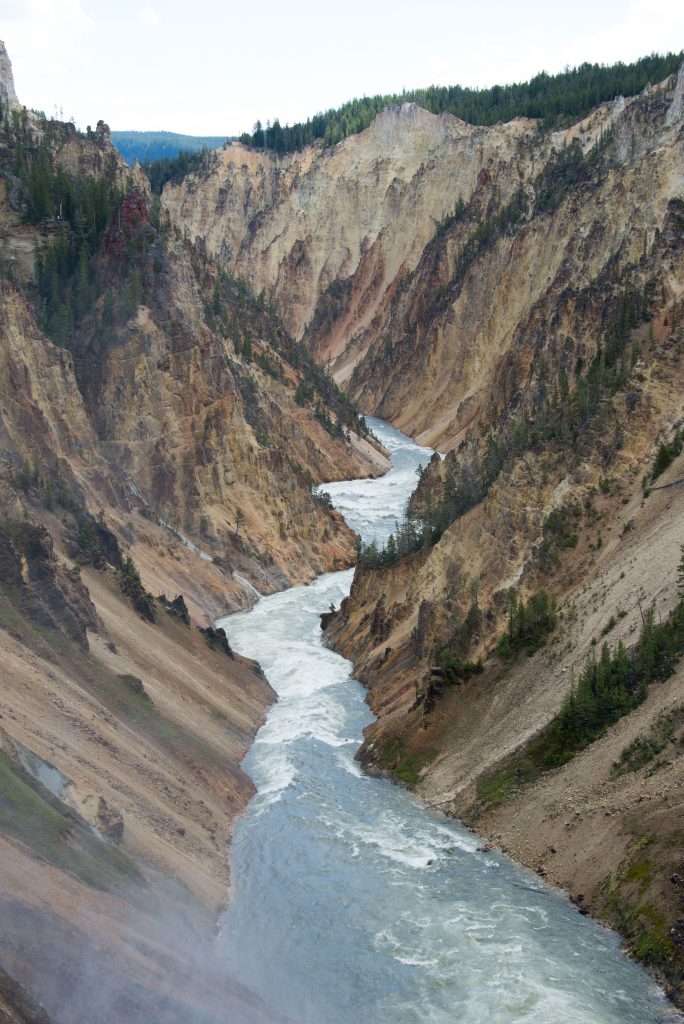 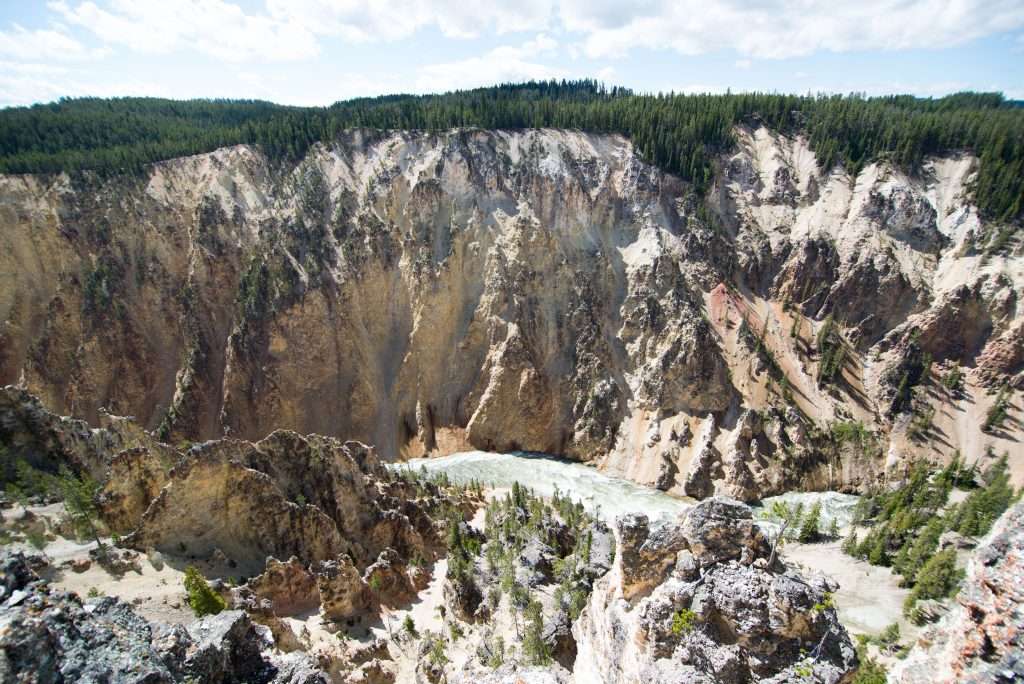 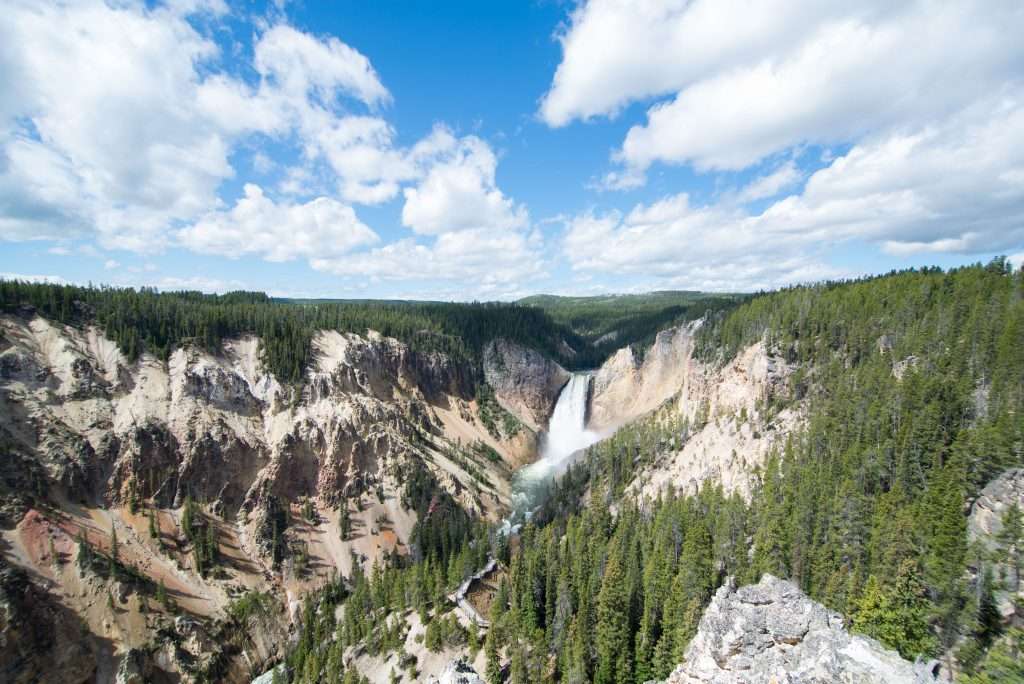 There’s not a lot of hiking, but there are plenty of viewpoints for taking in the canyon.  You can even park on one end and walk a trail the length of the road.  It makes for a very nice half-day.

We then drove South towards Lake Yellowstone and were yet again impressed by this park.  Yellowstone seemingly does everything that Earth can do.  Lake Yellowstone is enormous and not only provides a picturesque water area, but the chance to have geysers next to a massive lake.  It’s super cool. 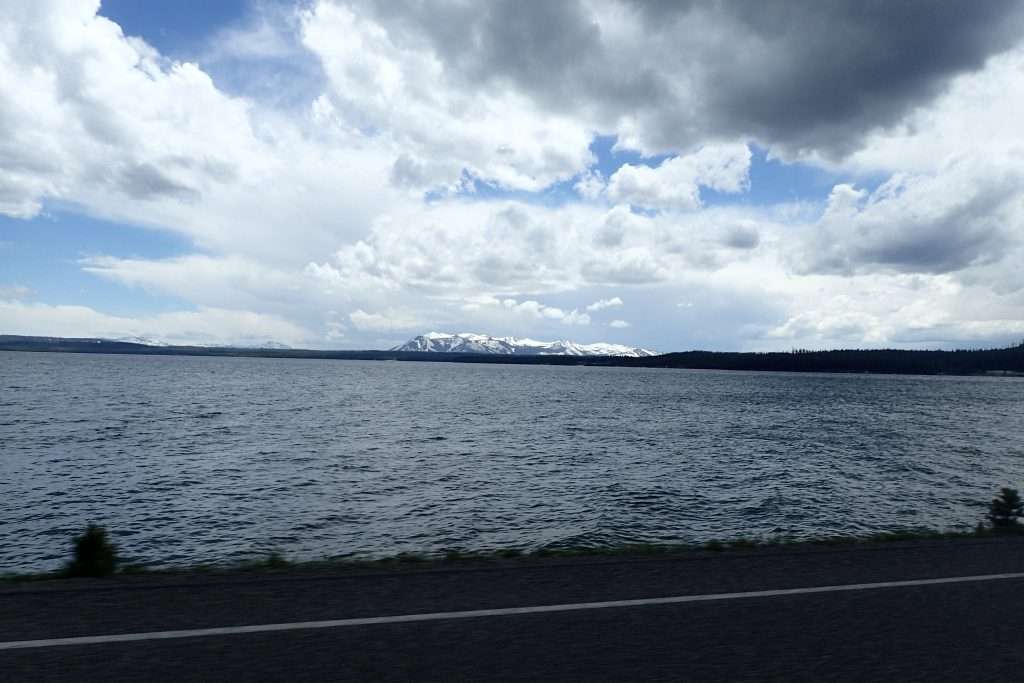 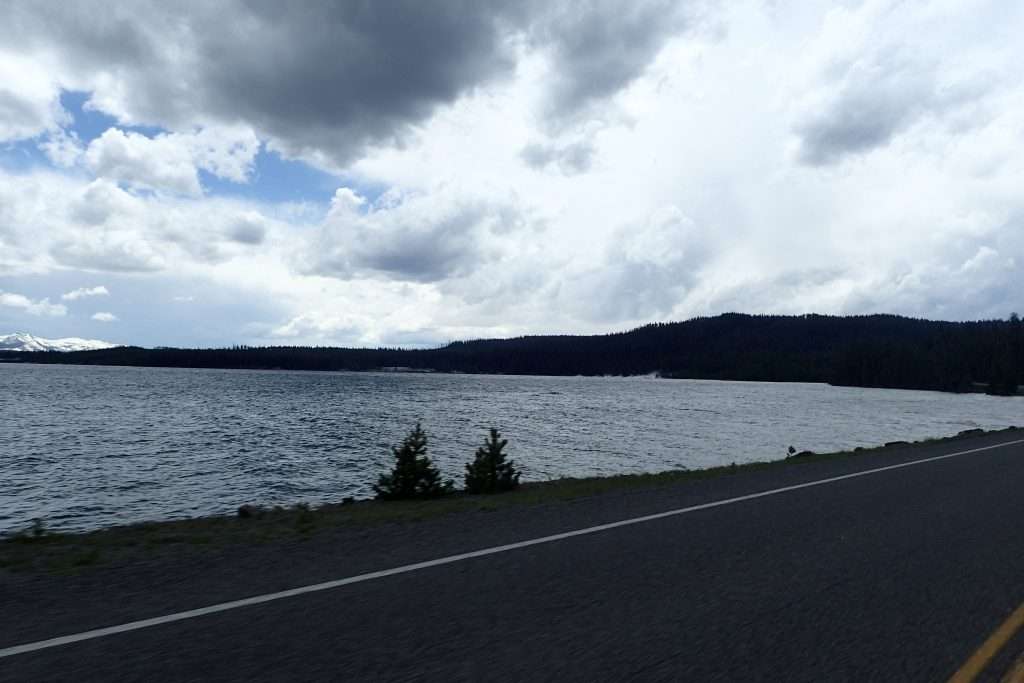 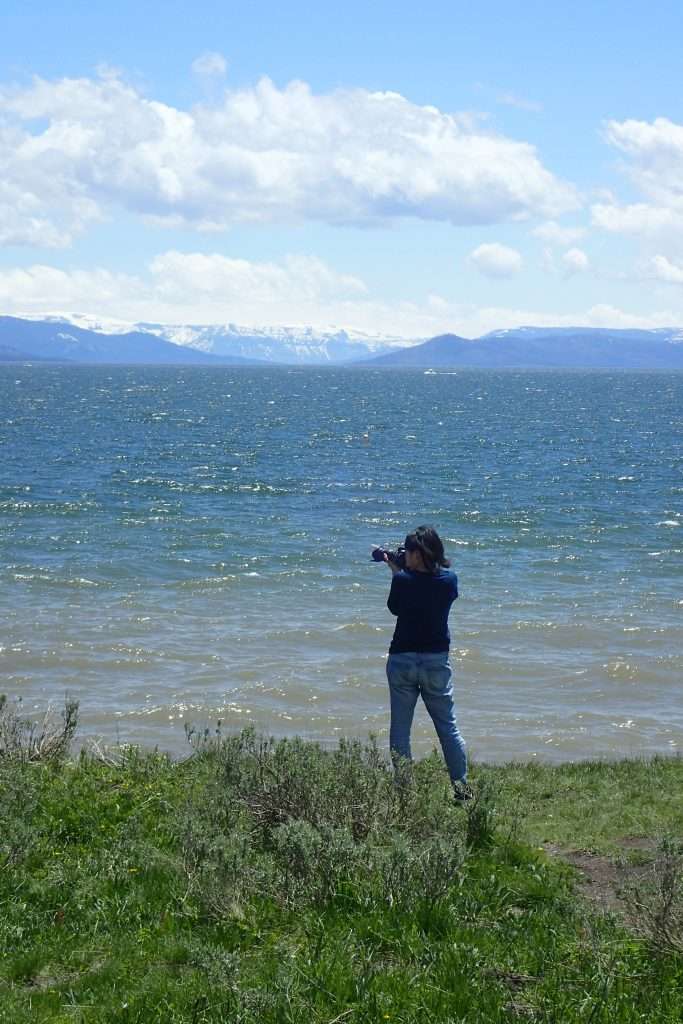 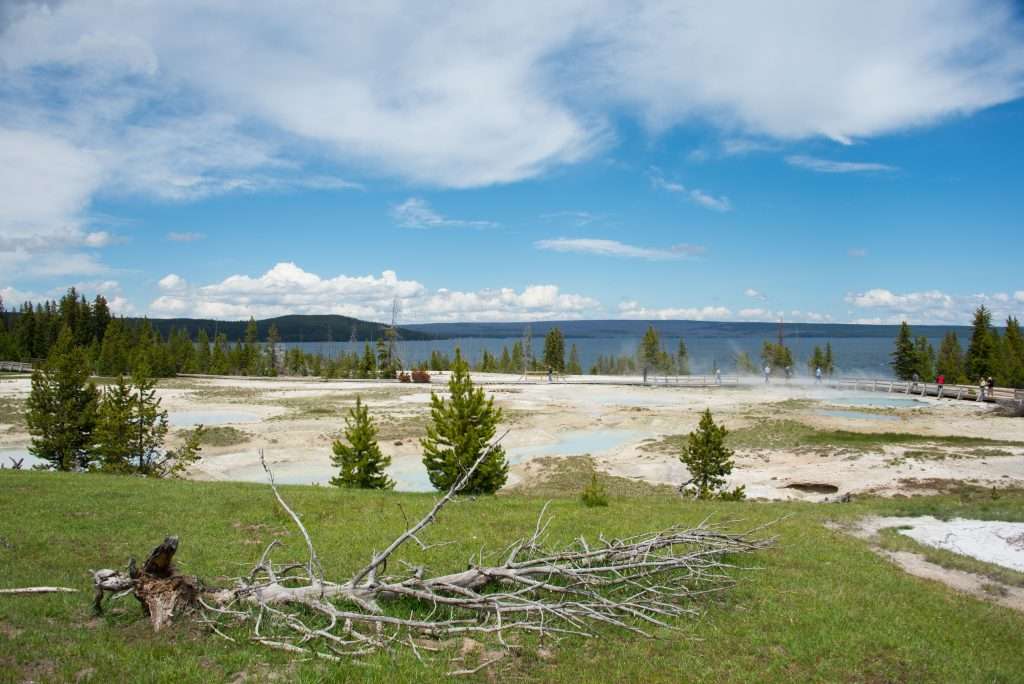 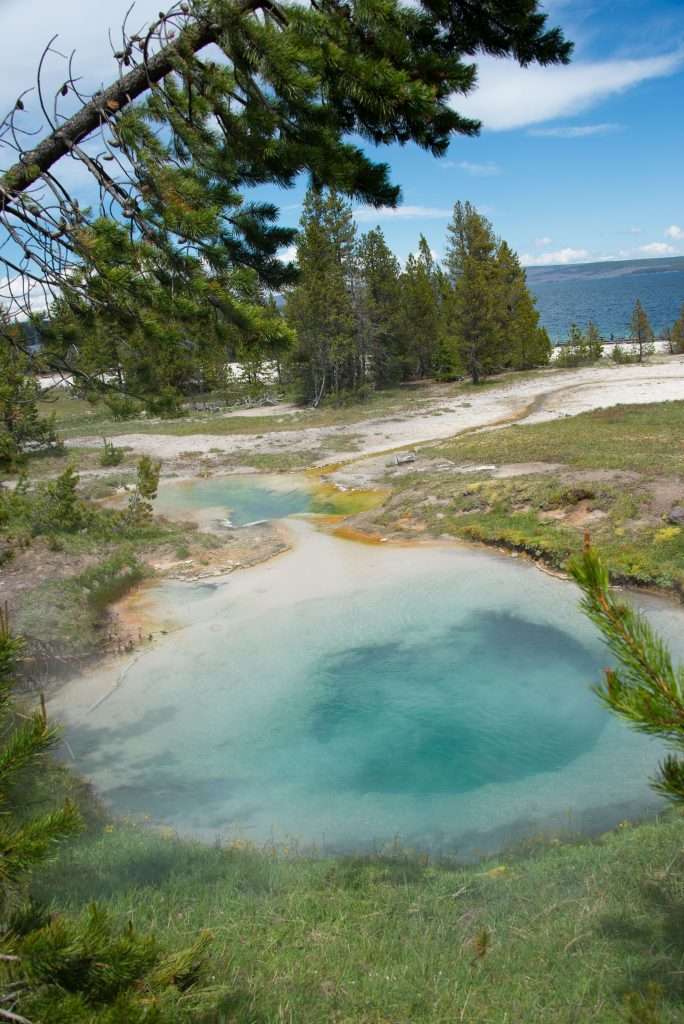 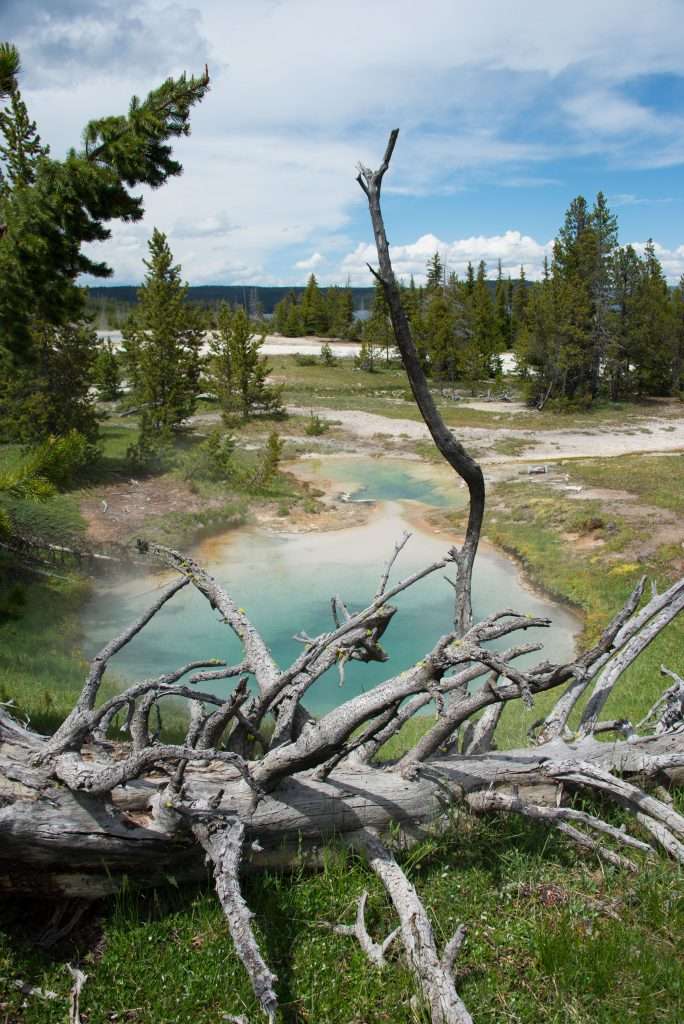 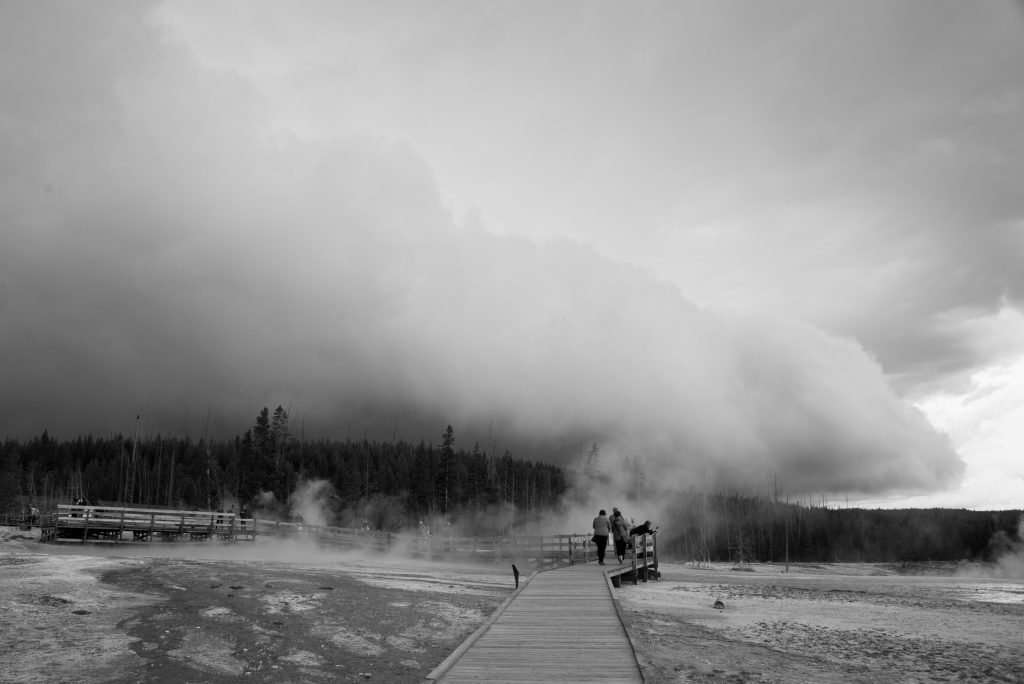 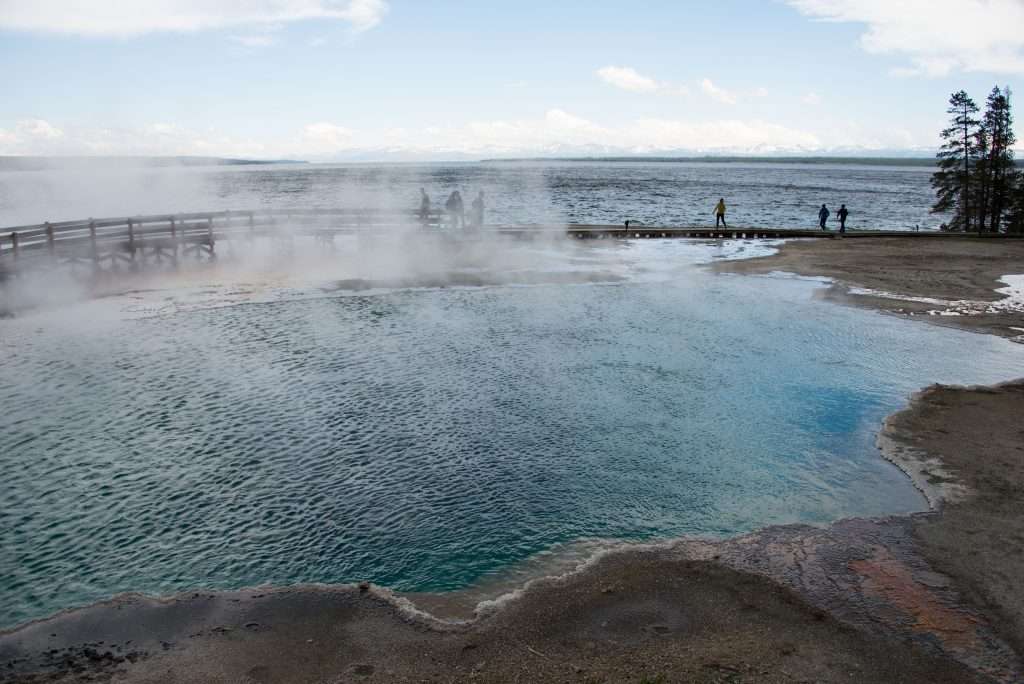 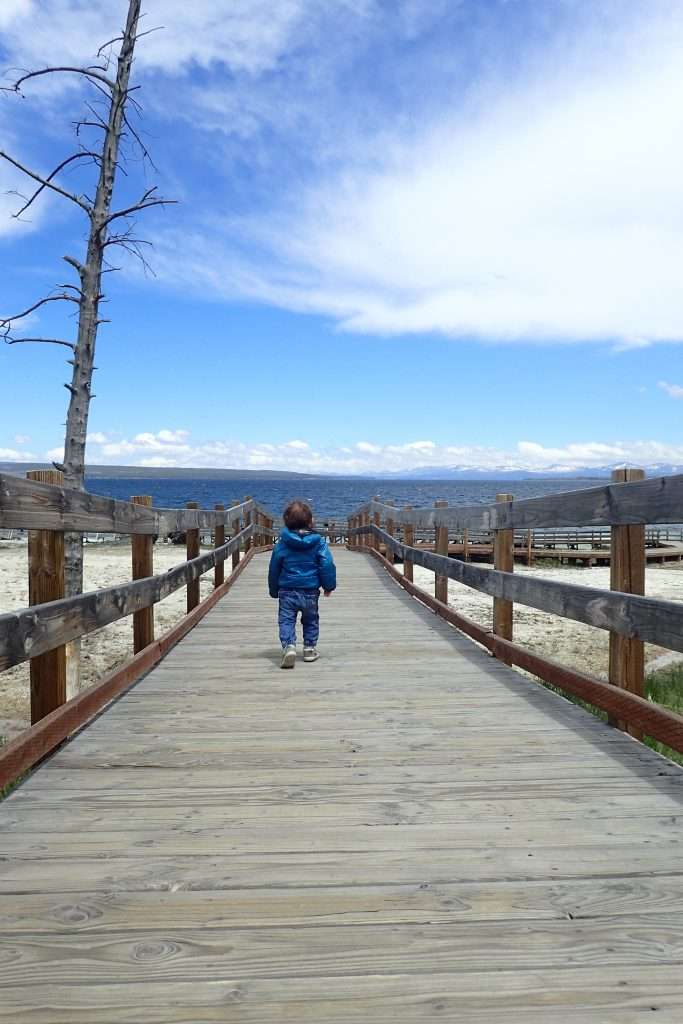 For the previous three days, by the side of the road we saw young, densely packed trees.  Some signs informed us that said trees were the natural reseeds of a fire from 1988 (Google photos of it), which must have just been massive judging from the acreage of young trees we saw.  Closer to Lake Yellowstone we saw what those areas must have looked like in 1990, because the forests by Lake Yellowstone caught fire in 2016 and it shows.  The contrast was very interesting (not the same road, but roughly the same angle for effect). 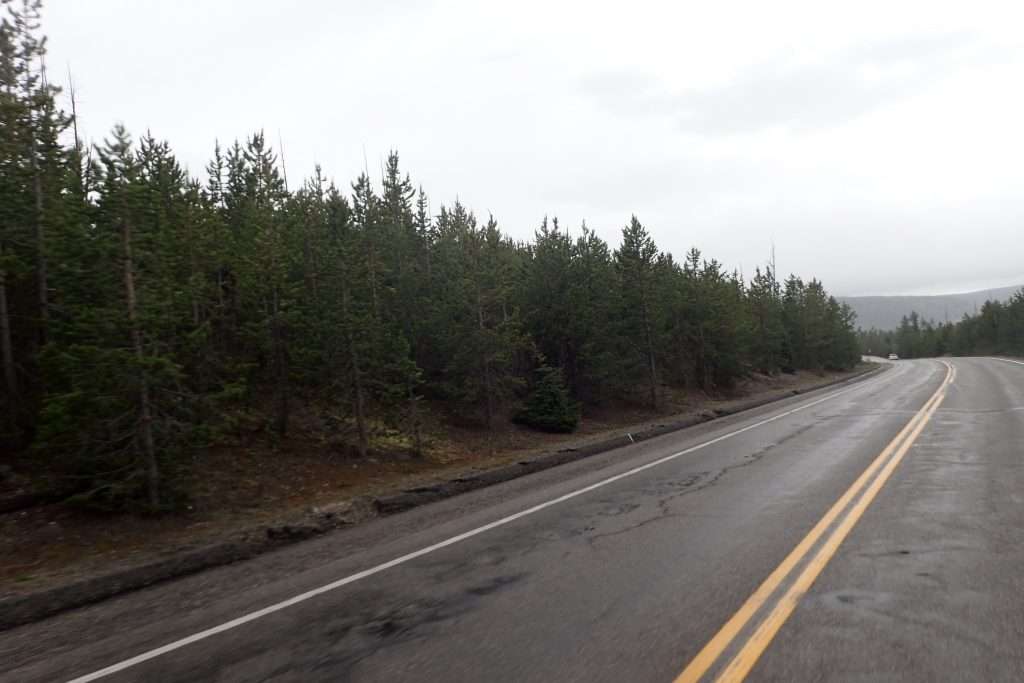 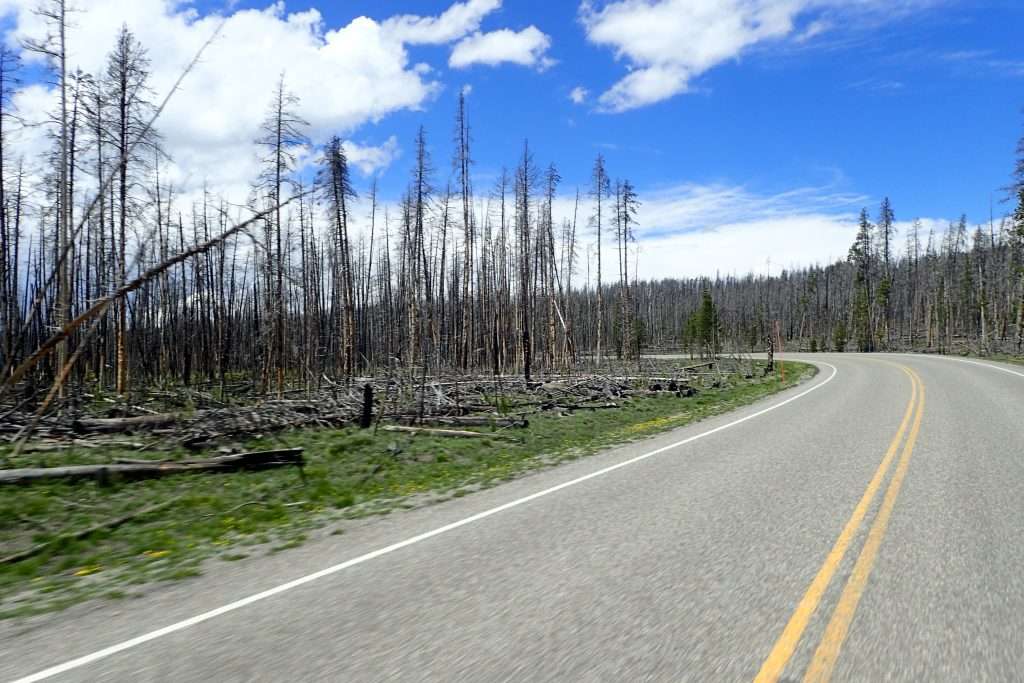 With our last day of Yellowstone complete, we headed back to the campsite to relax and eat dinner.  Slightly before Fin’s bed, however, we were treated to snow in June! 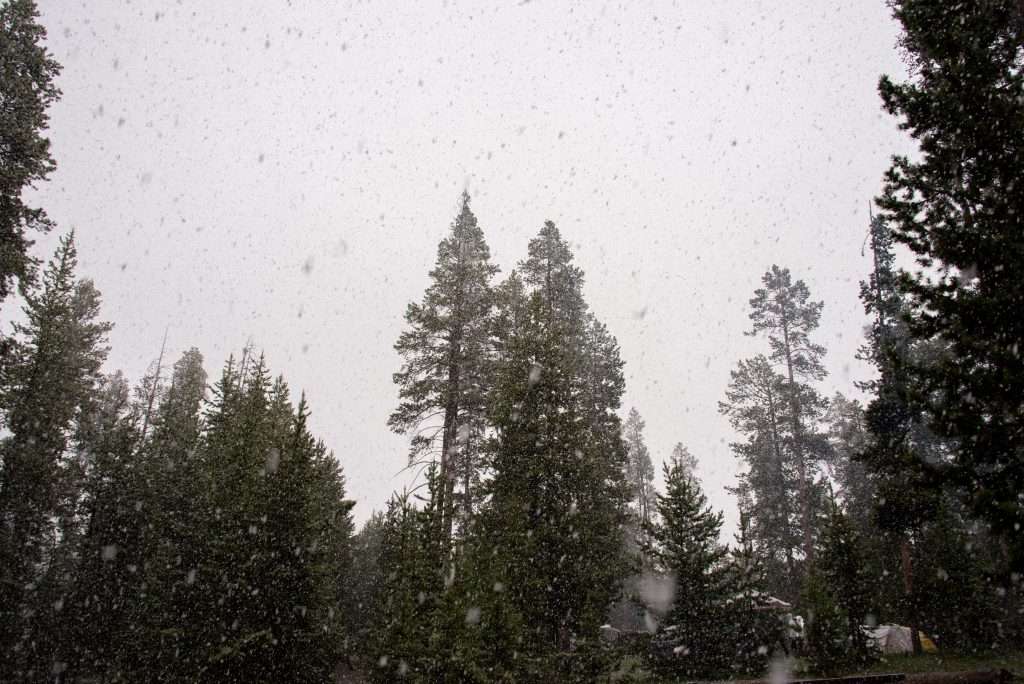 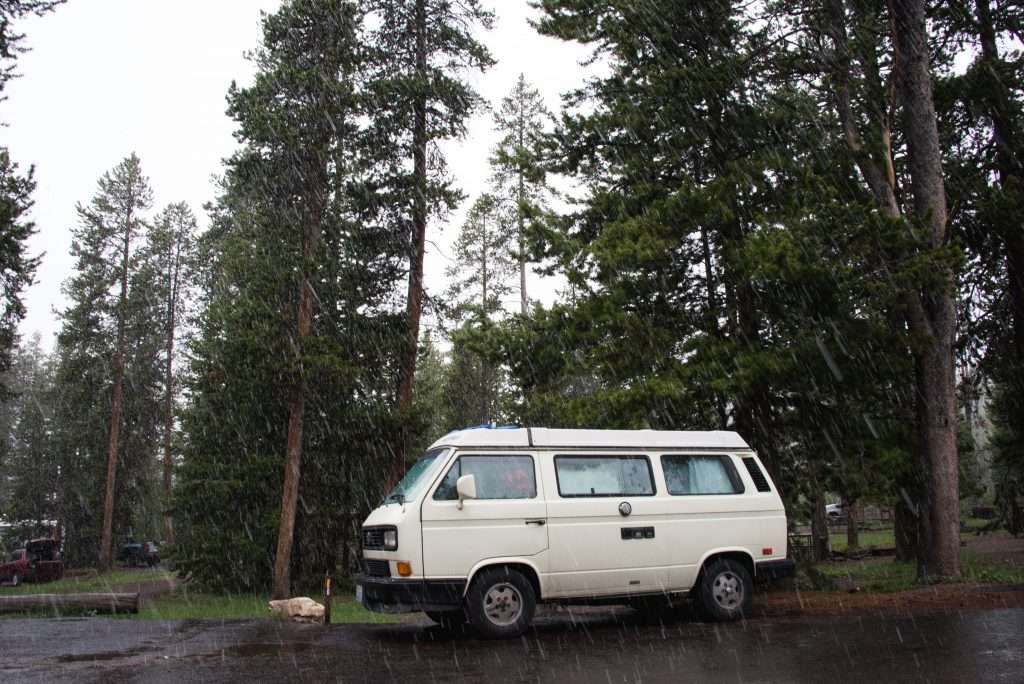